Kota & Gandhi Sagar - What a Surprise!!

I never thought I would ever visit Kota. I had no reasons to visit Kota. Only a cousin studied for a brief while at Kota that too long years back. I had no connection with Kota, neither it being a tourist attraction to drag out the tourist in me to this faraway dry-land. Except that I had a junior in my team Nitish who belonged to Kota. And would you believe the providence he originally hails from Kerela. Destiny has its own ways. Circa May 2018, the same junior invited me along with another colleague Nitin Thapa (my constant companion for travels) to attend his room-mates marriage at Thiruvall near Allepey in Kerela. I was all set to catch the morning flight but an upset stomach all night upset my first foray into deep South.

Now again in January 2019, Nitish again invited me along with Nitin Thapa (Nitin & Nitish being a long time daaru partner, both lived in same locality) to attend his another room-mates marriage on 29th January 2019 at Kota. I was not keen to visit Kota. Moreover Kota was not appealing enough to my senses. Nitin had his tickets booked. However still asked me to join. I gave it a thought and researched a bit about the places around it. I found Bundi to my liking and even Kota had few spots which were interesting. Bundi had many forts and Baaolis which I could visit. Moreover Bundi was hardly an hour away. This became the reason to say yes to my maiden visit to Kota. However, I forgot that I had a prior commitment to attend functions on 28th and 29th night at Delhi. Again I was in dilemma. Now I wanted to visit Kota but could not avoid functions at Delhi. So I proposed to cut short my days at Kota by leaving for Delhi on 27th Night itself after reaching Kota on the morning of 26th by train. We reworked the dates and cancelled previous tickets of Nitin. New tickets arranged we were set to visit Kota.

Me and Nitin took the late night train from Nizamuddin railway station. We reached around 6.00 am at Kota. The fourth room-mate of Nitish came to know about us reaching Kota and came to pick us up from the station, apparently he could not sleep the entire night in anticipation of us. Unknowing of us, Saurabh (the fourth room-mate)(believe me there are no further room-mates of Nitish) had already chalked out plans for us. He was aware of my passion of travel. He took us to his home for rest but before that he took us to some thela and treated us with wonderful nashta of Poha that too at 7.00 in the morning. Thereafter we rested at his house for few hours before Nitish joined us. He was travelling in another train and reached about an hour after us.

train was on time

Plan was to drive to Gandhi Sagar reservoir on Chambal River across the Border in Madhya Pradesh. Incidentally it was more than 100 kms away. Bundi was now out of question. I had absolutely no idea what this Gandhi Sagar has to offer us. We freshened up and got ready as Nitish had already joined us. Saurbah had his Volkswagen Ameo ready for the road trip. We four started for Gandhi Sagar reservoir but before that we visited Suwalal Kachori wala at Talwandi and devoured some freshly made kachoris with mouth-watering chutneys for breakfast. It was a perfect beginning for the day.

fresh Kachoris about to come out

I was waiting for this thread !

Those who think, Kota has nothing,
can check this link:

Roads were empty on account of republic day. We were to take the Kota-Rawatbhata route to Gandhi Sagar. I asked if the Kota’s own signature bridge – The Hanging Bridge will fall enroute or not. On a negative response I insisted on detour. It was hardly a ten kilometer detour and worth taking. The Hanging Bridge is a beautiful structure and definitely a proud achievement for a small town like Kota. Unfortunately there was a big mishap while it was constructed which too many a lives. Now it has become a notorious spot for suicides by Kota students who are unable to overcome the pressures of engineering studies. After spending 15-20 minutes at the bridge we again joined the Rawatbhata road. Initially the roads were single lane and broken till Rawatbhata which made us slow down considerably. 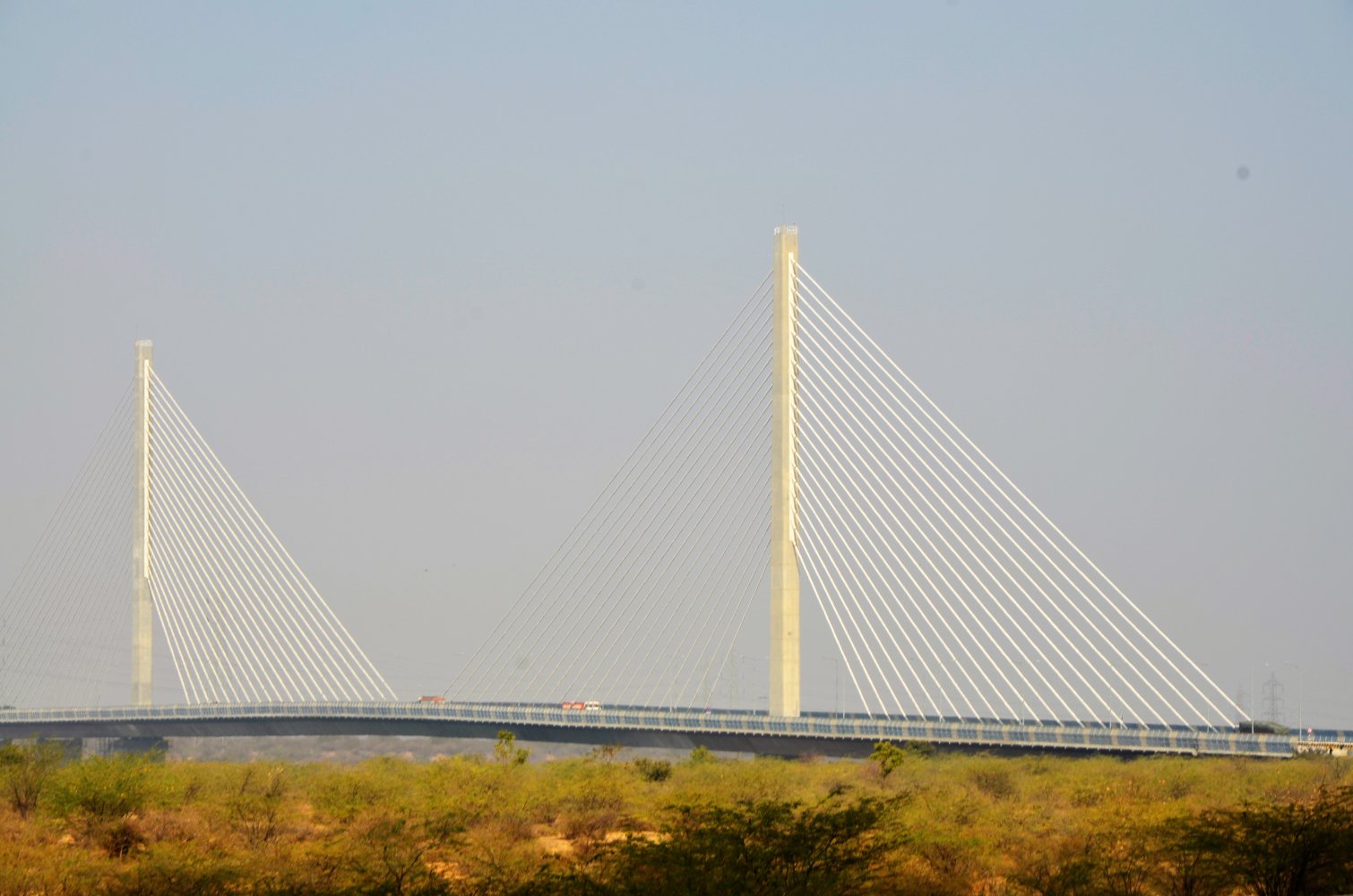 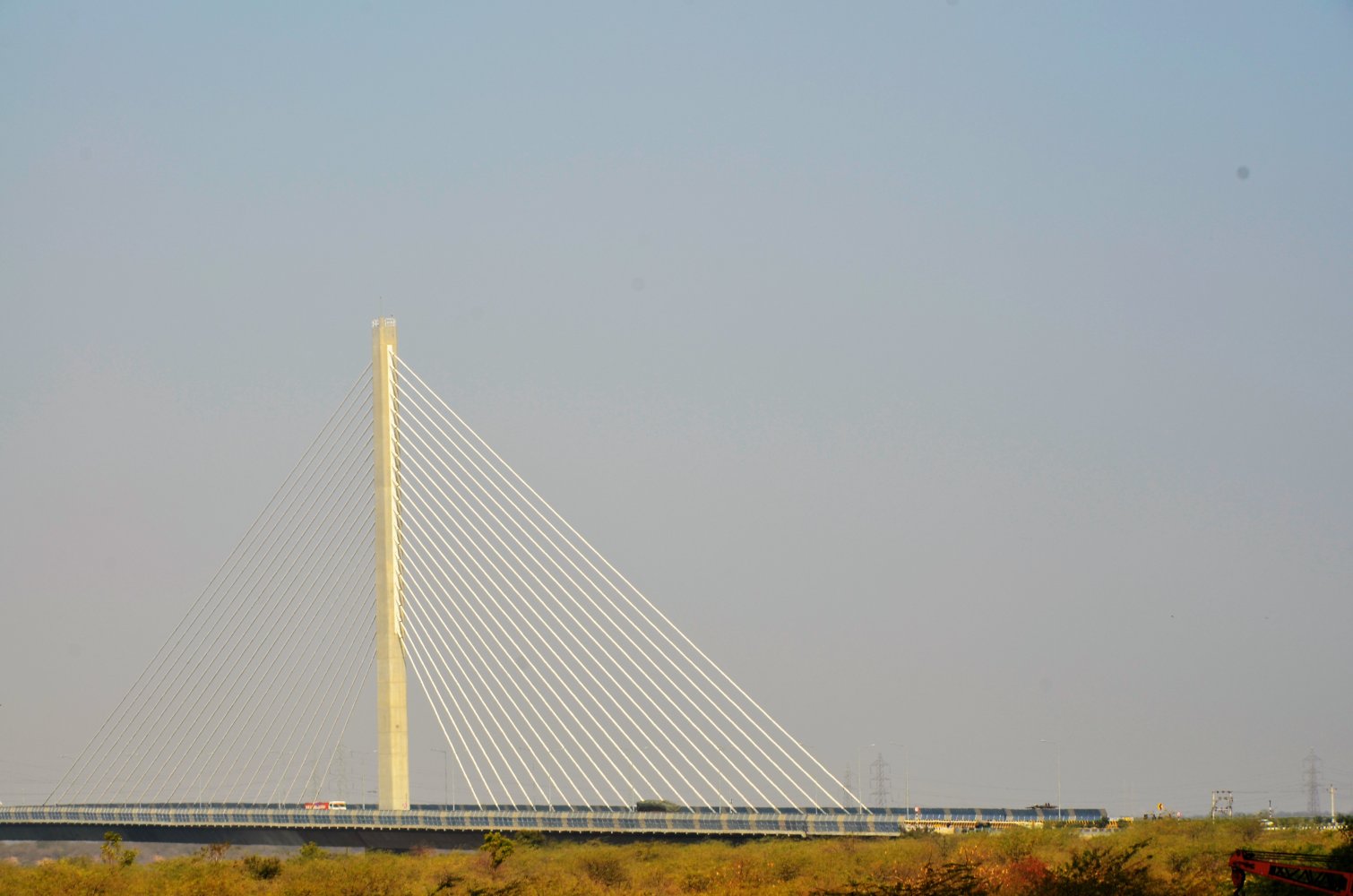 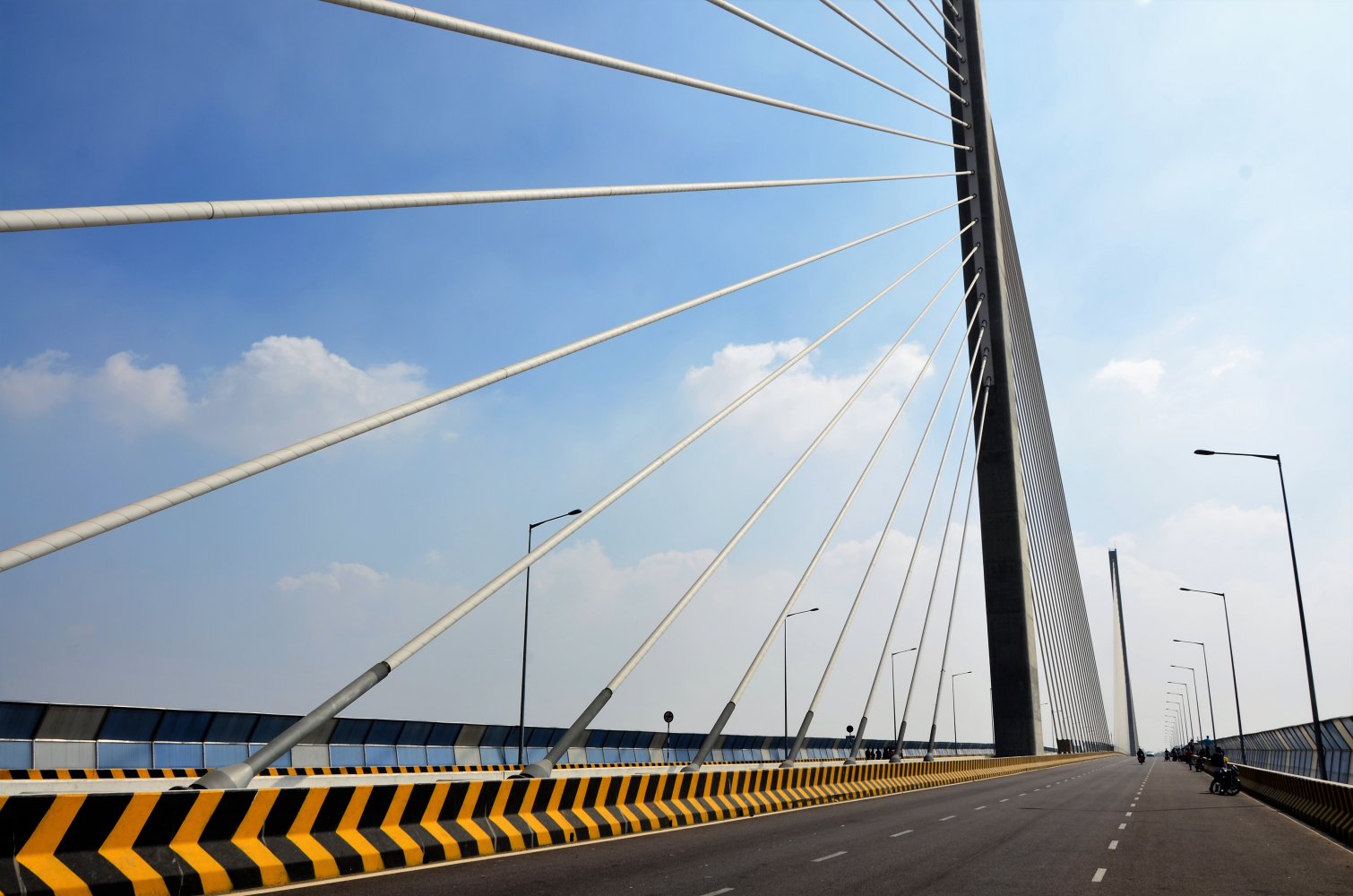 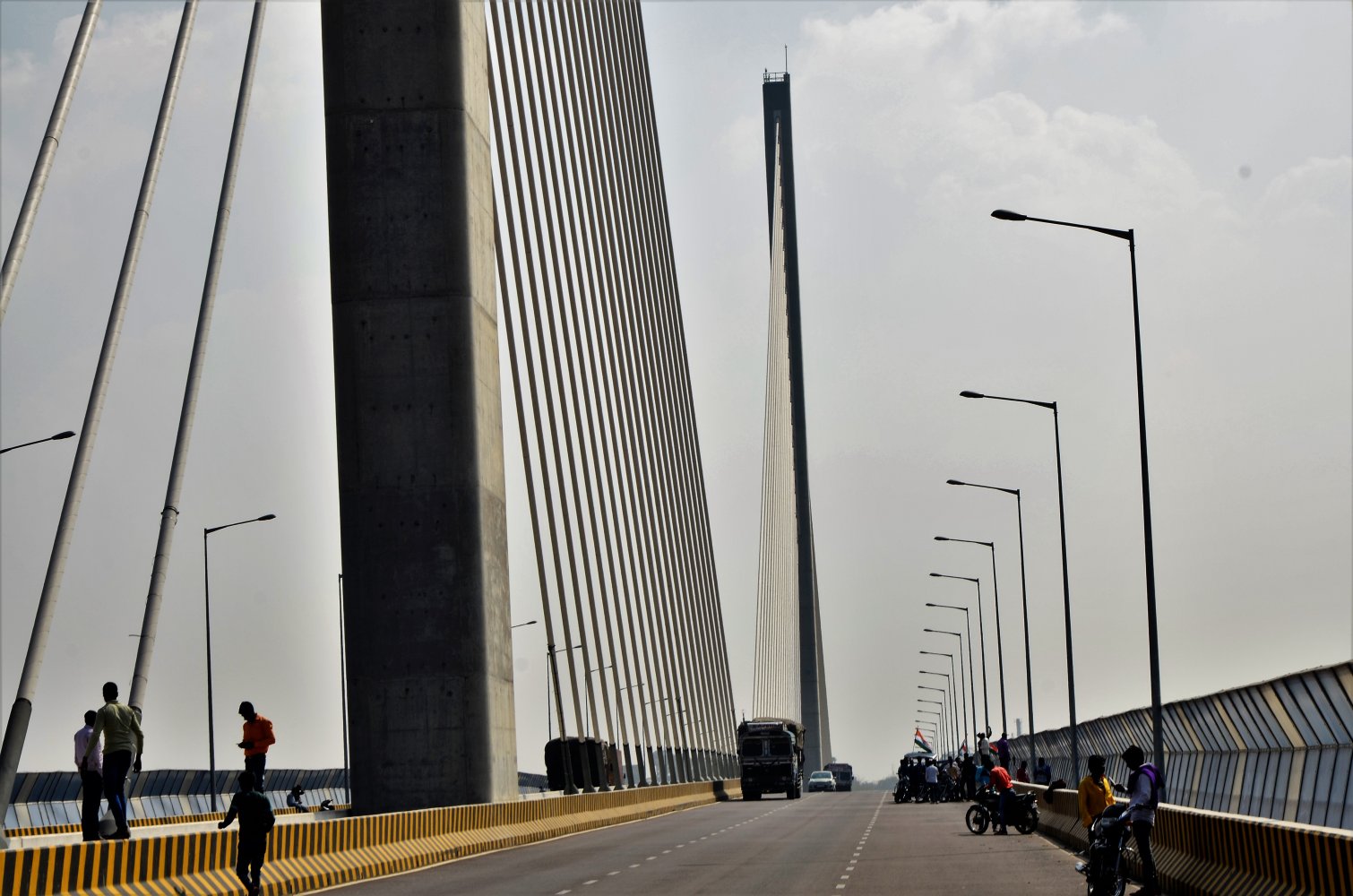 Rawatbhata is a small town and famous for Rana Pratap Sagar reservoir and Atomic Power plant. We first visited the Rana Pratap Sagar Reservoir. However the entrance was closed due to some renovation and repair works. The break went for about 20 minutes before again we were on our way to Gandhi Sagar. We had hardly moved 10 kms we took a break for tea near the Atomic power plant. Hence had my first Atomic tea experience. Cups in which tea was served too were atomic, by far the smallest cup in which I ever had tea. But the tea was good, certainly can’t deny that. Something to do with the atomic atmosphere of the area, may be. 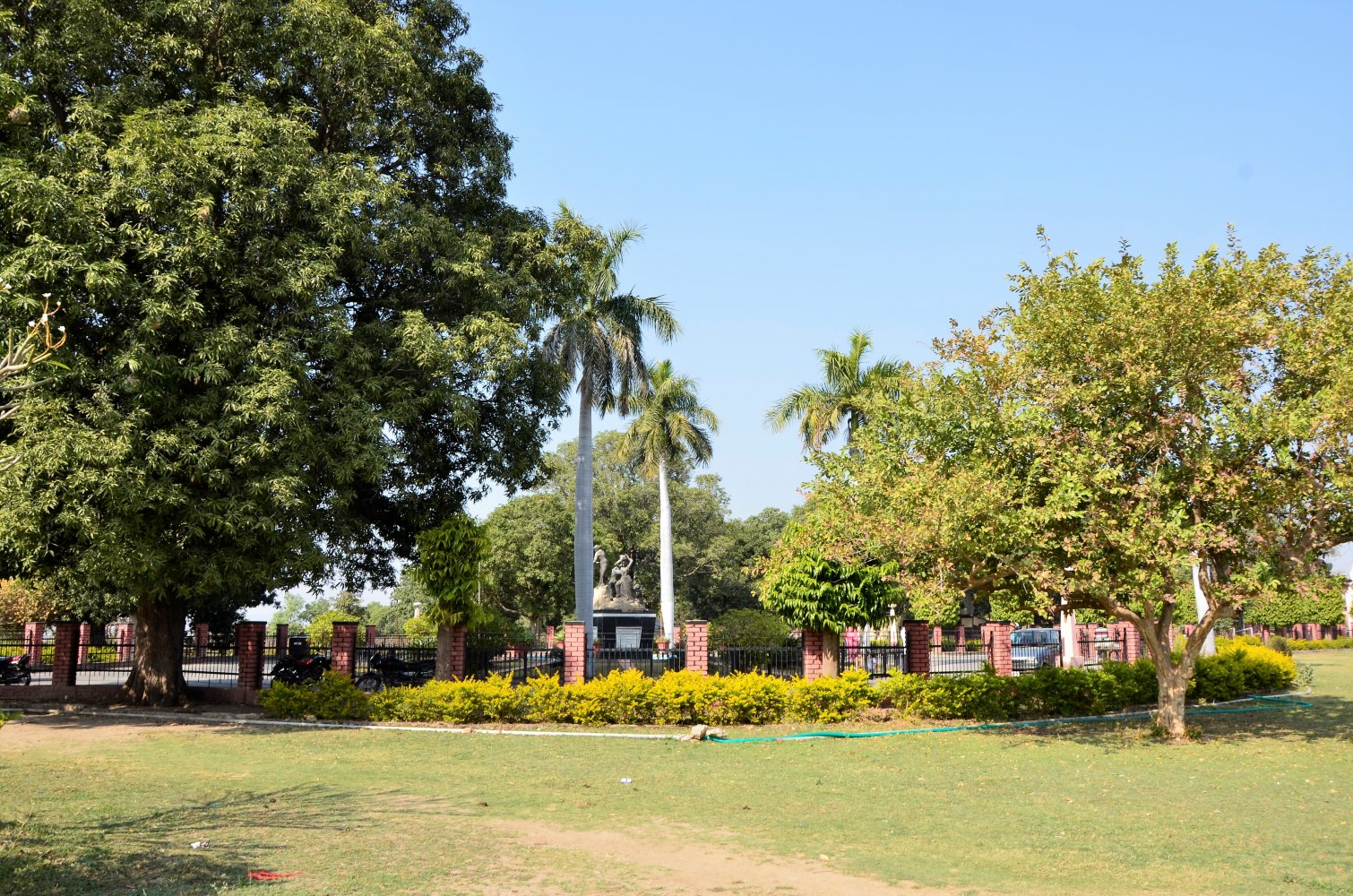 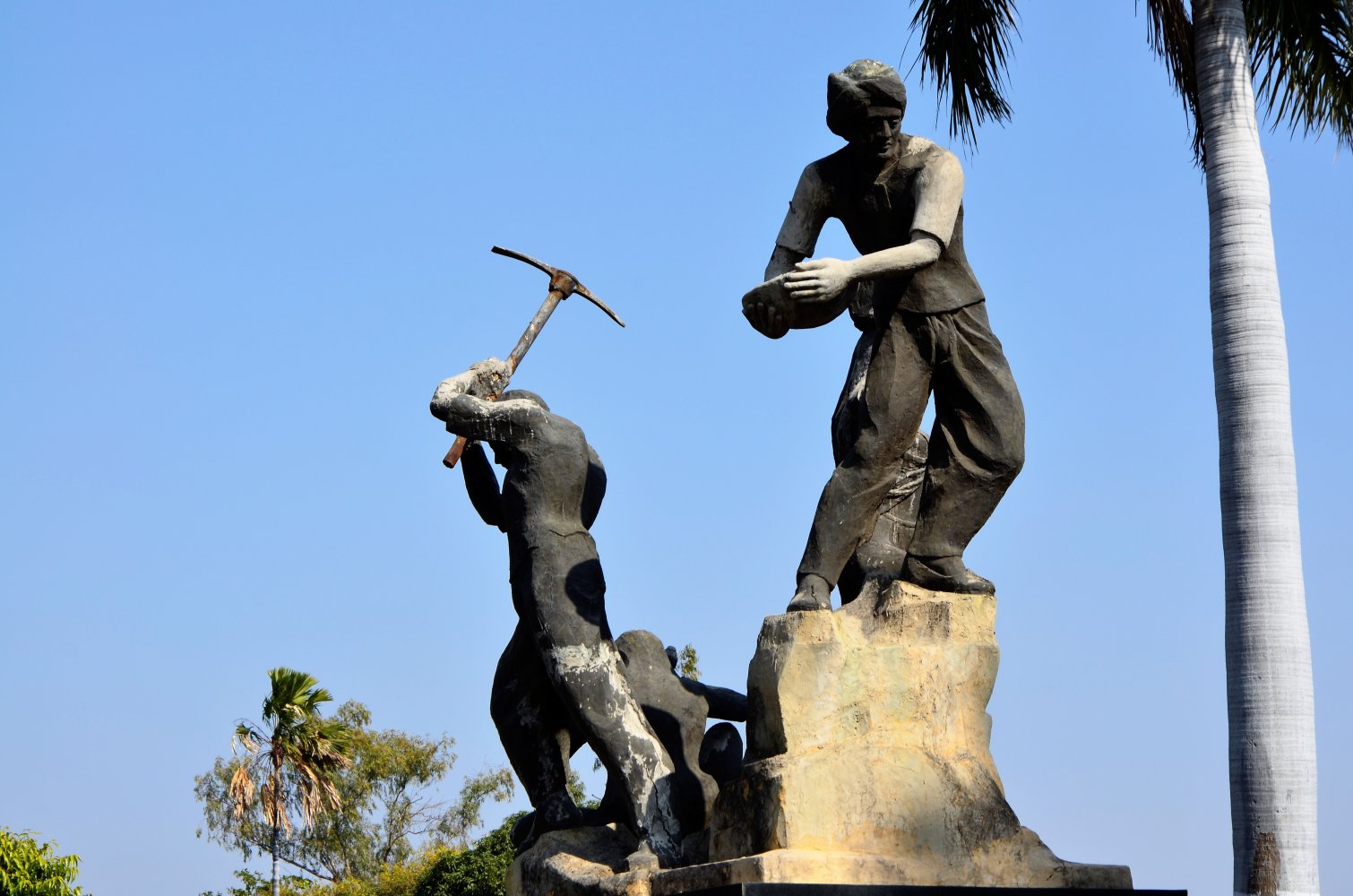 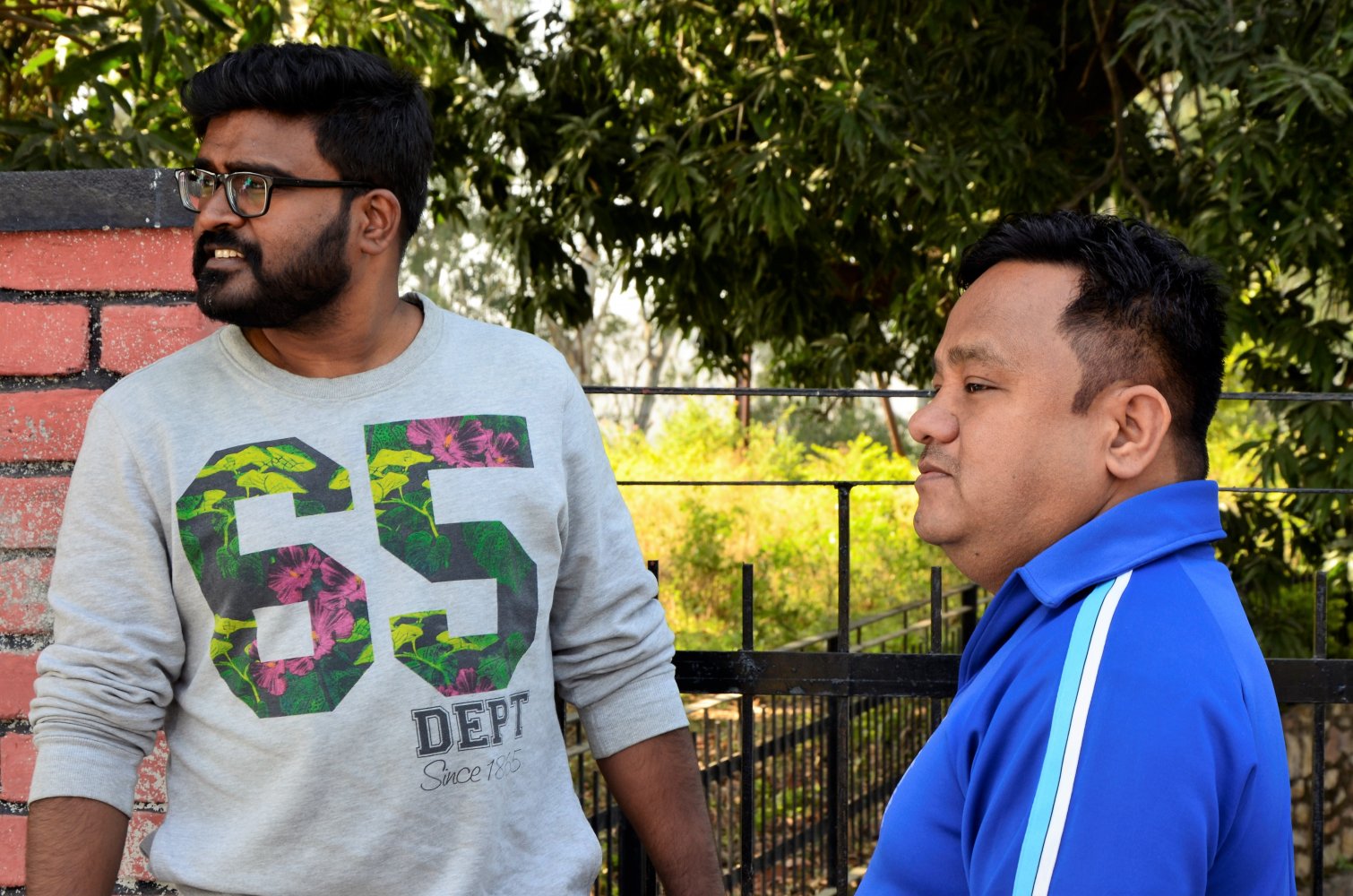 The Rawatbhata Atomic Power Plant at a distance

closing in on the power plant

the Atomic Tea near the power plant

Once we left that tiny hamlet, we were totally into a barren landscape with vast open lands. It felt so good to feel no one around you. Small streams, some dry ones were criss-crossing with the single lane road. The roads though narrow were good after Rawatbhata. In another half-an-hour we reach Gandhi Sagar reservoir. We headed towards the barrage. We parked at the designated parking bay and walked on the barrage. There was good enough water though no gushing water from one of the gates or big reservoir as we expected. It seemed to be a nice picnic spot for the locals in the evening.

After spending some time there clicking photos, we decided to find some suitable place to stay and came across the Hinglaj Resort. We were simply blown away by the location of the resort. It was right on top of the huge Gandhi Sagar reservoir which actually looked like a sea. The Boating point was just next to the Resort. The resort was a MP Tourism property and definitely a star rated property. Cottages were beautifully built and interiors were tastefully done. Rooms were big and comfortable. There was a nice swimming pool which was beautifully lit up in the evening. The resort had a gym as well as a playing room which housed a pool table, table tennis and carom. There were fountains which were again lit up with many colours. 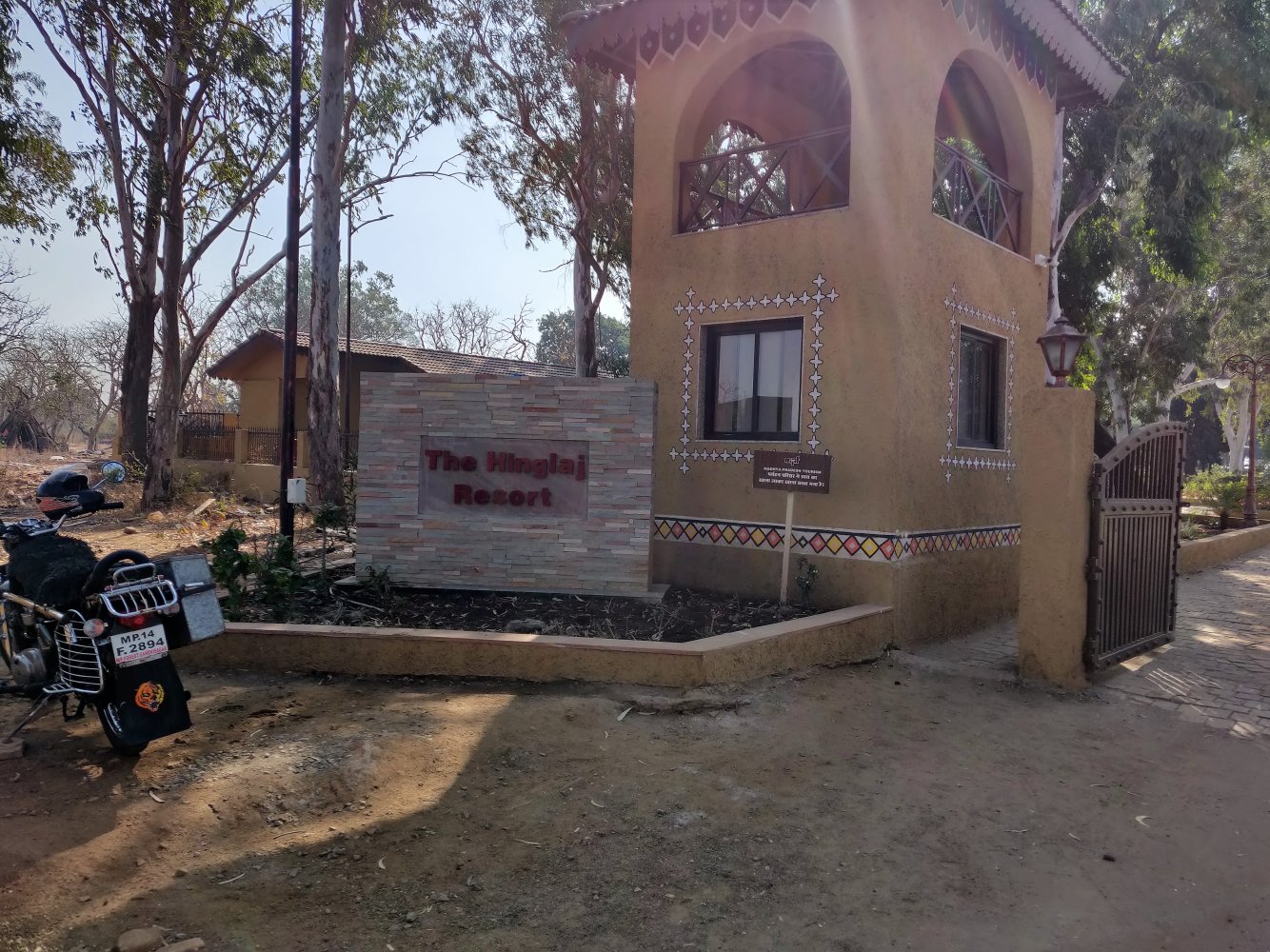 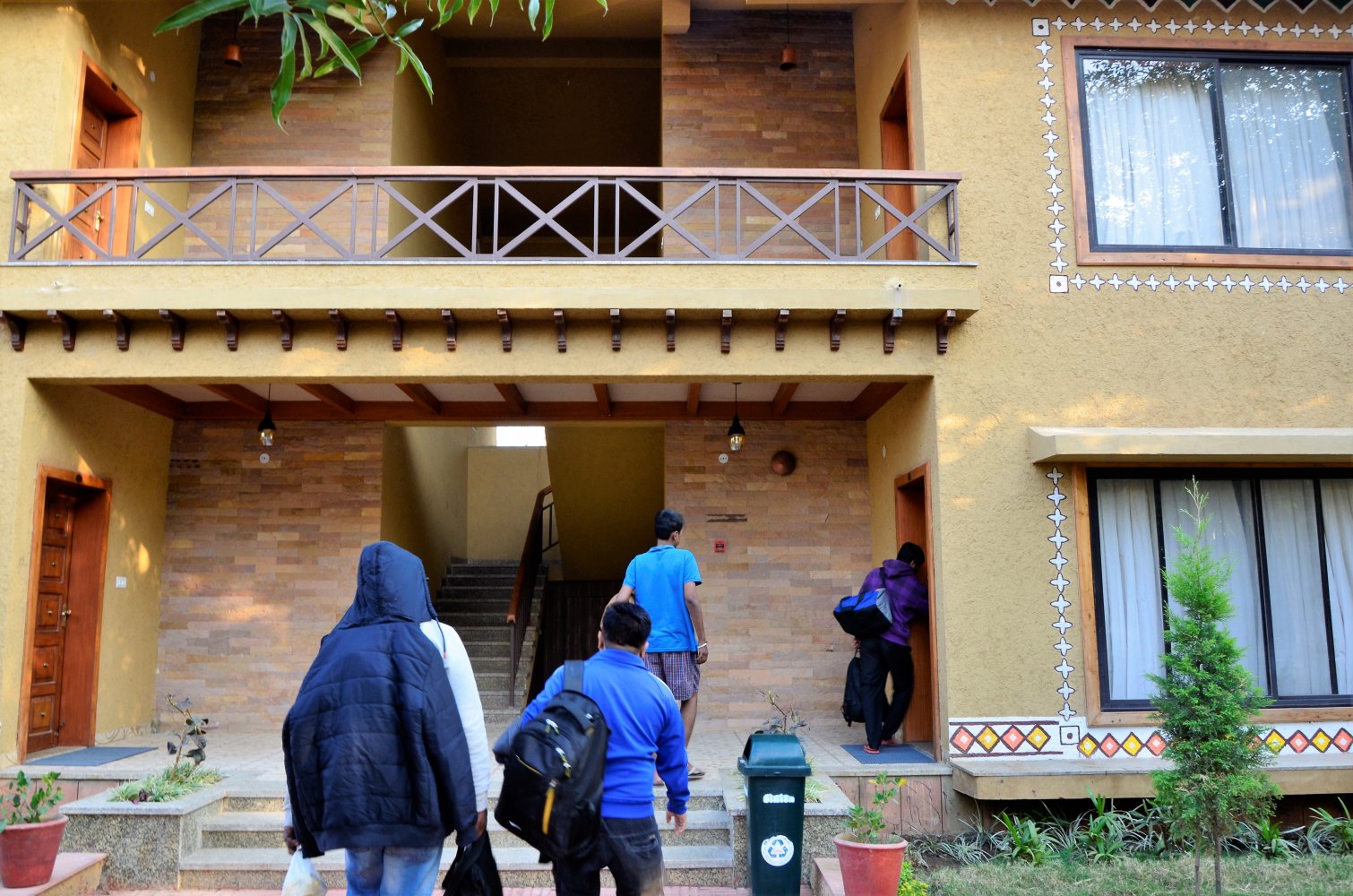 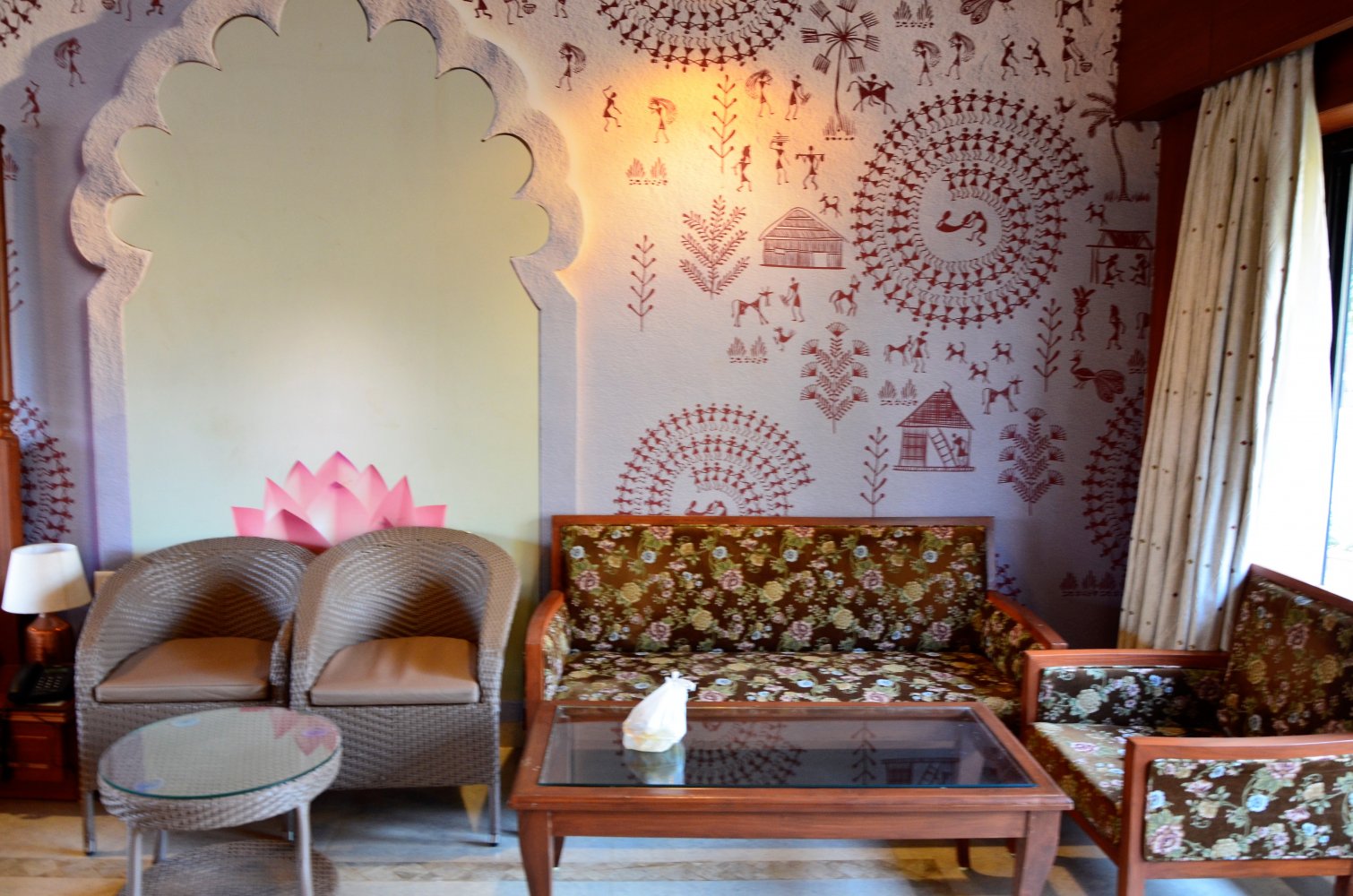 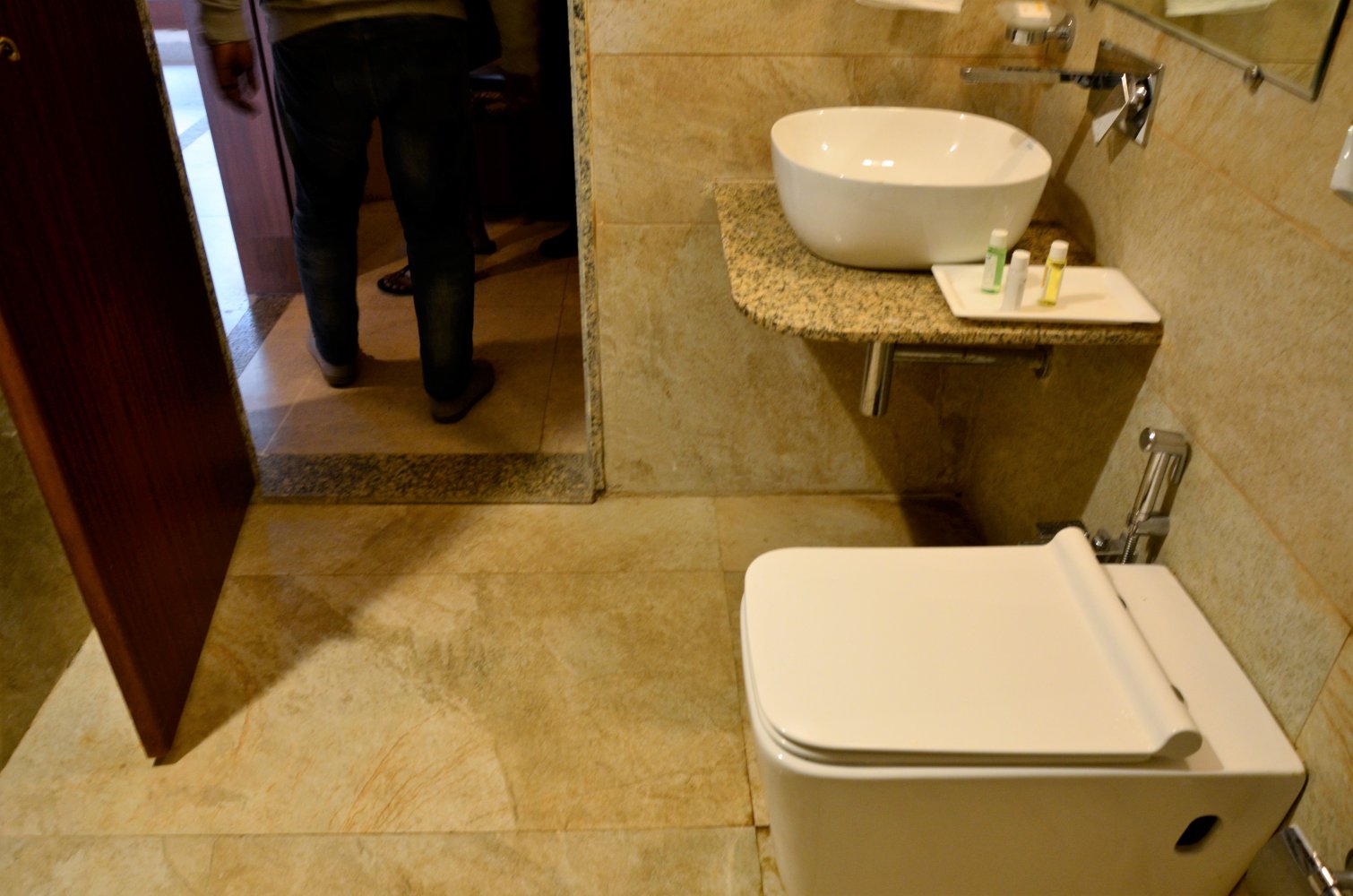 food is reasonably priced but the catch is small portions.. you have to order twice the quantity

and a lovely pool

We dumped our stuff in our allotted room and ordered some tea and pakodas. Pakodas was wonderful. After gobbling them up quickly, we went for a stroll and saw a mesmerizing sun-set over the vast body of still water. Only some steamers and boats disturbed the stillness of the evening leaving traces of time over the water. We sat gazing at the still waters till it got completely dark. Thereafter we headed to the games room and enjoyed games of pool and table tennis. After a good workout of an hour, came back to our room and ordered dinner. We slept off while watched some interesting movie. I was glad that I came here were my last thoughts before I hit the realms of sub-consciousness.

the reservoir in all of its vastness

last cruise of the day