Great Pictures again, thanks so much.

The one in the black jacket with his back bowing before the mahant is the DM of the Kumbh Mela Nagri - The bow should tell a lot. Prayagraj when it was Allahabad had two DMs during the mela period. But this time after the rename to Prayagraj only one DM - I am not sure if this will continue or during the next mela again there would be two DMs here. The Mela area is a city in itself with all the amenities, facilities of a modern city except schools - hospitals, fire stations, post office, railway reservation counters, ration shops, dairy outlets, restaurants, Mela development authority, police, para militry, ATS squads, you name it and its in the mela area, colonies, sectors - only one thing is missing schools - but then there are gurukuls.
The DM welcoming the akharas during the shahi snans is a sort of a ritual as I see this every mela. 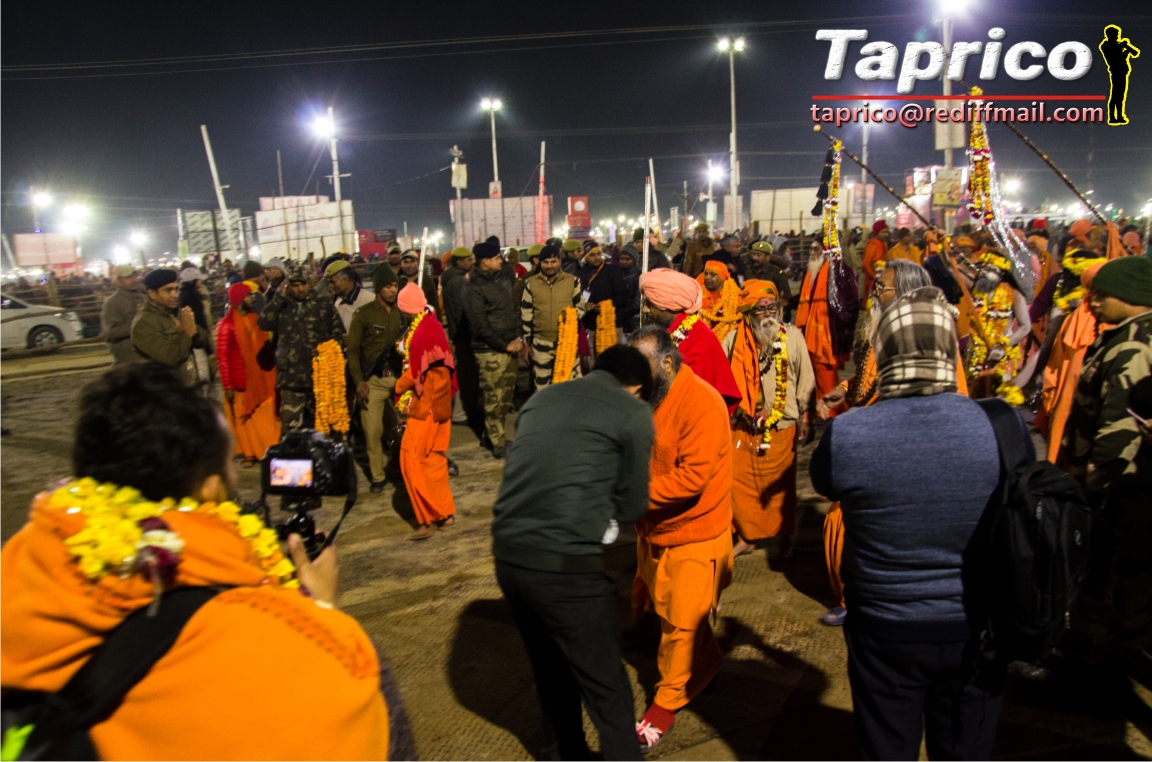 The way they carry the spears with lemons at the tip it seems the spears are really heavy - but I have no idea how heavy they are - actually there are two sets of babas to carry the spears. These are the same spears that are put on display at the entrance of the akhara. 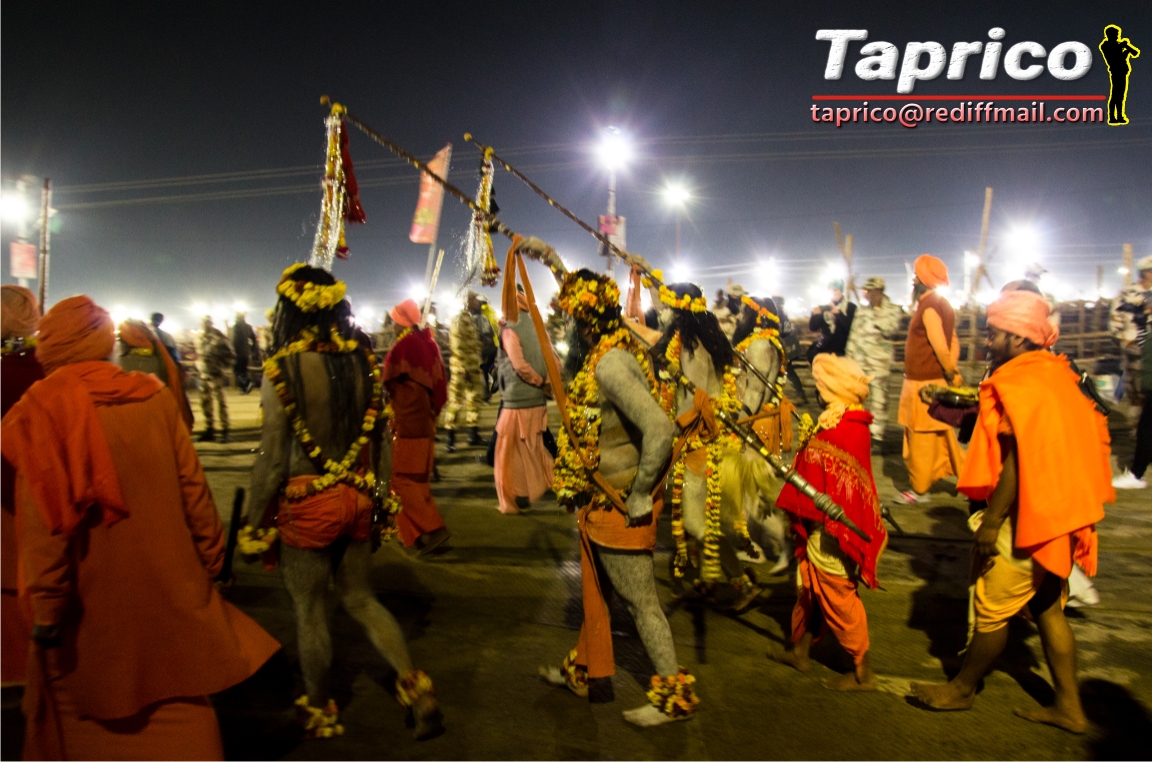 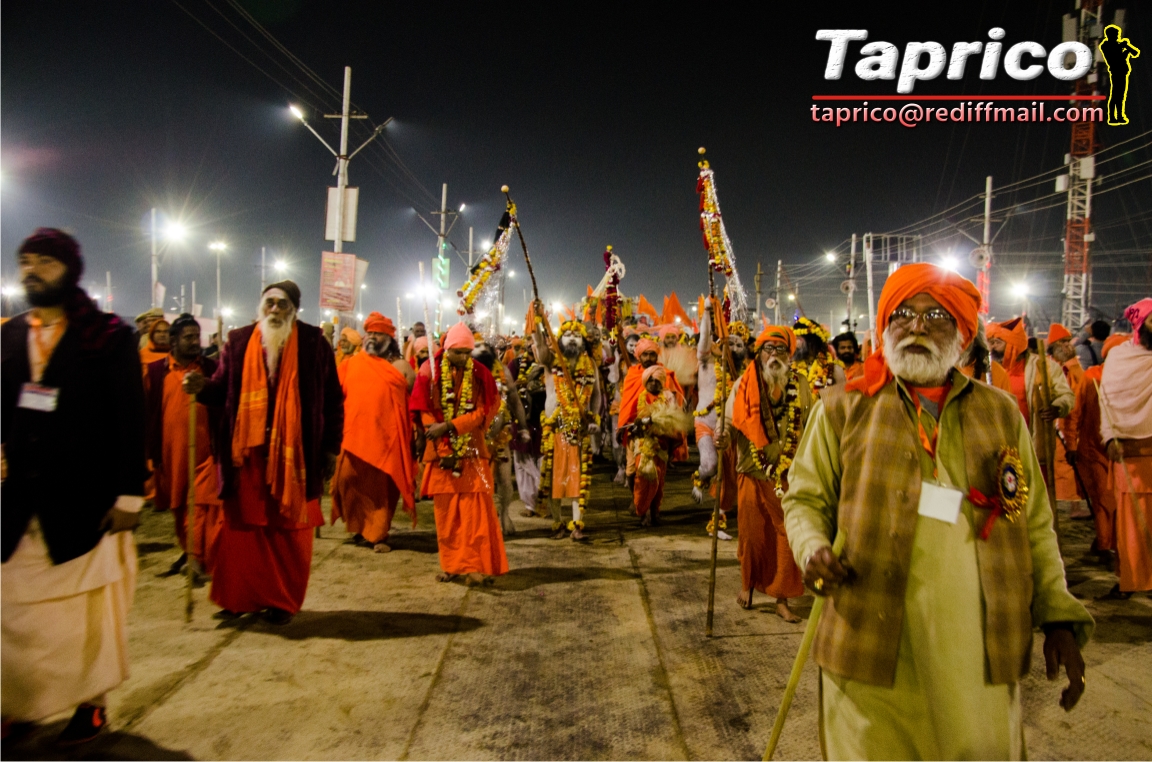 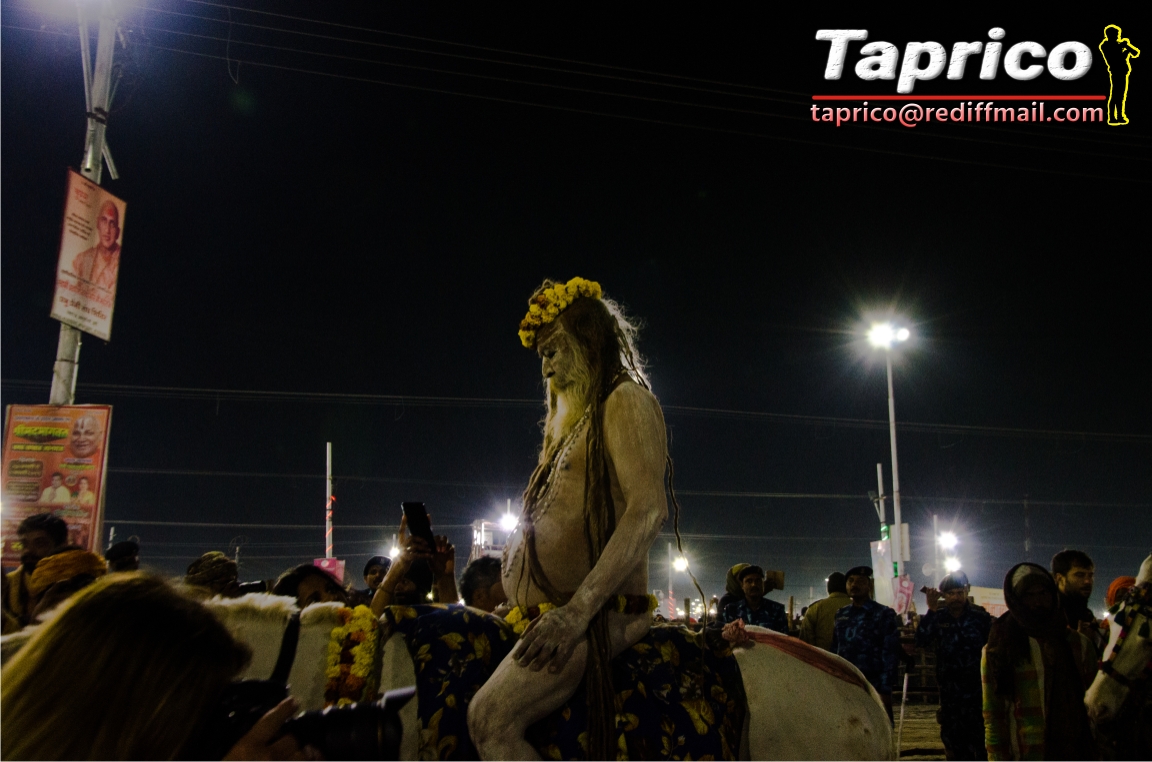 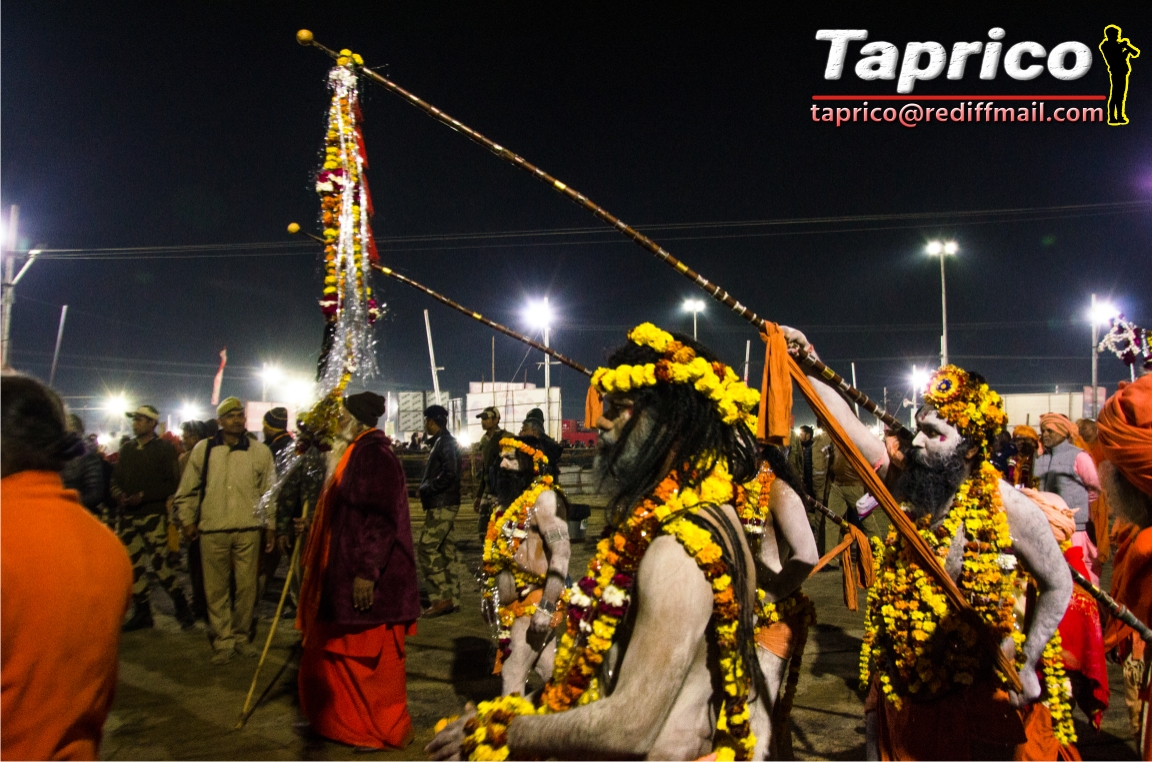 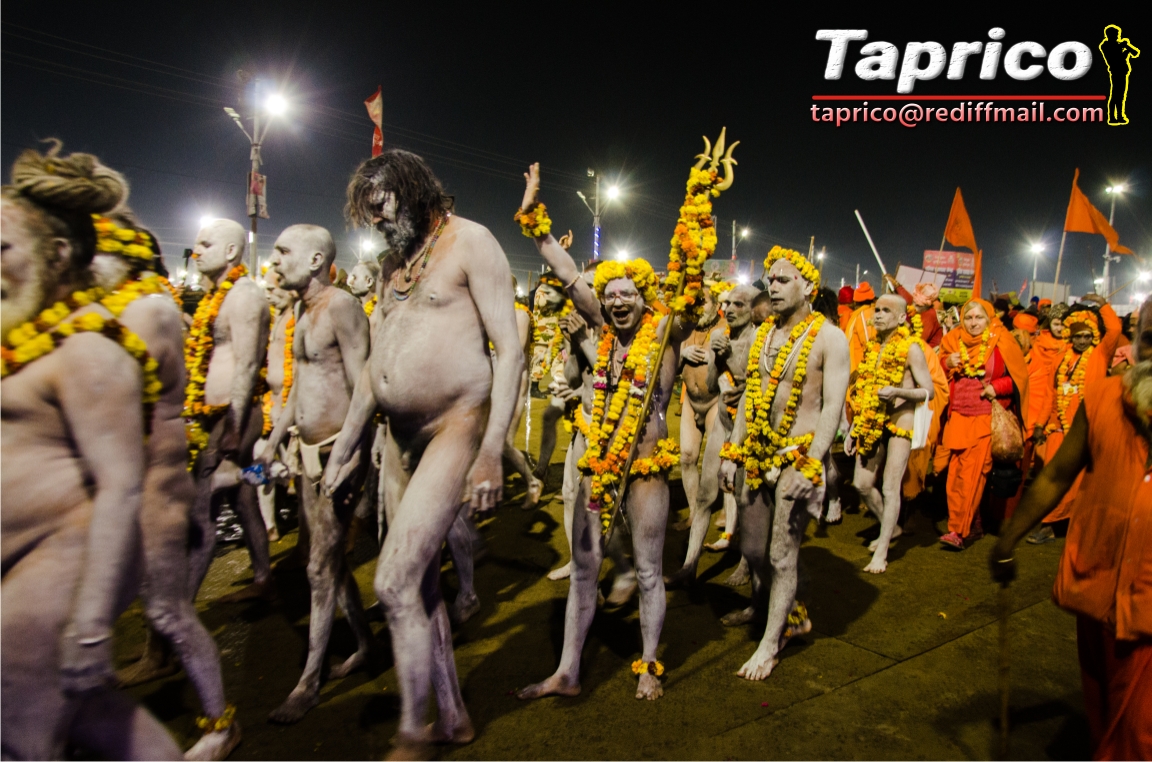 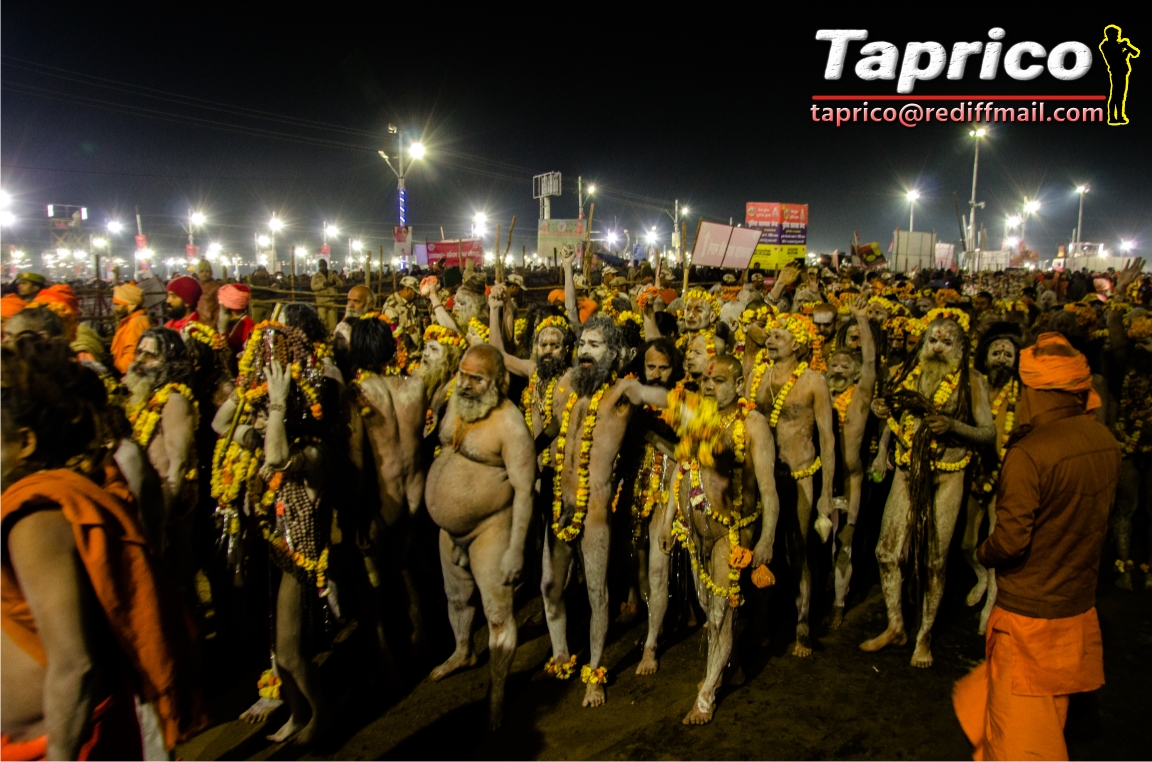 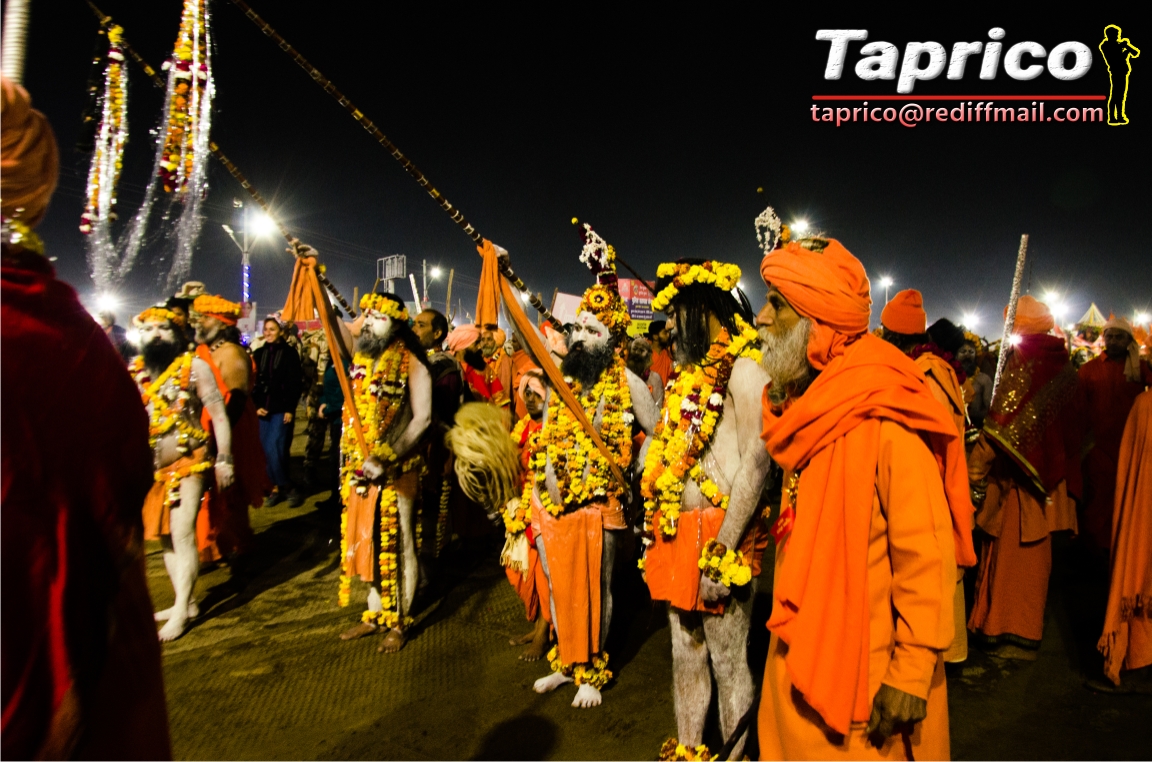 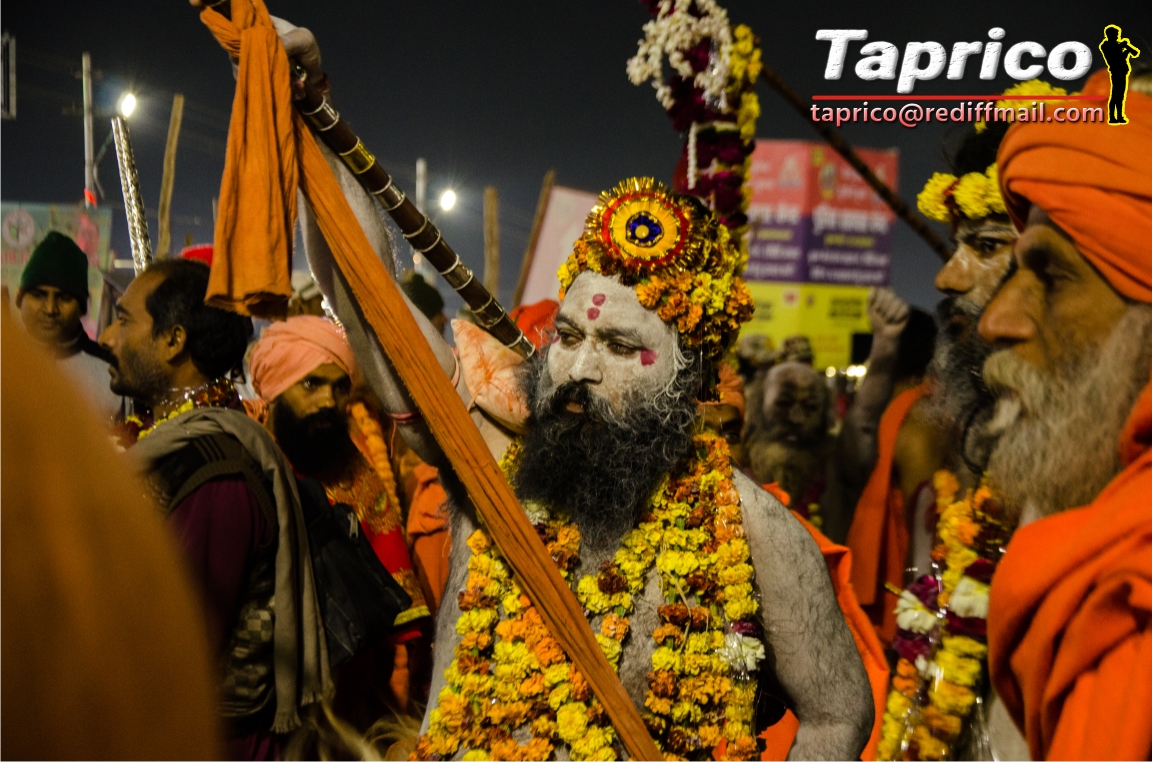 These naga babas are supposed to be yodhas - but seeing most of them I feel that they are not fit for fighting at all. May be as the time dosent require them to fight their ability has also gone down. The ones with bald heads and no beard or jatas are the new recruits. 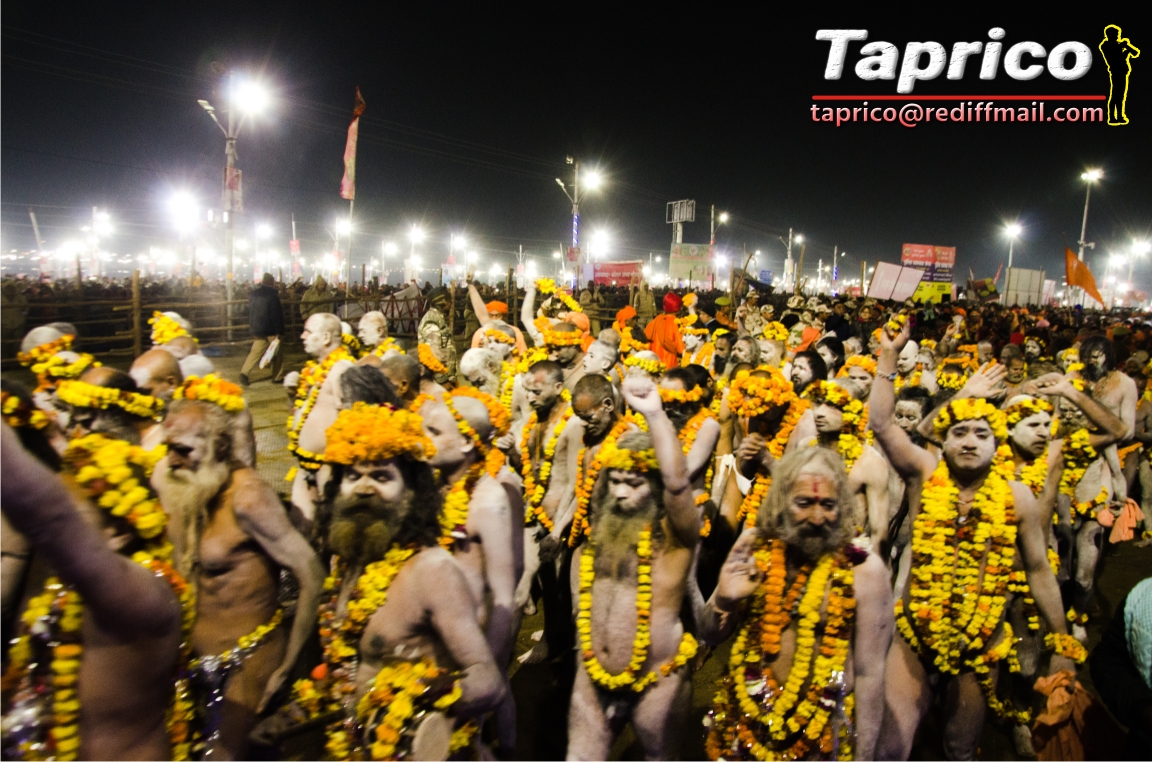 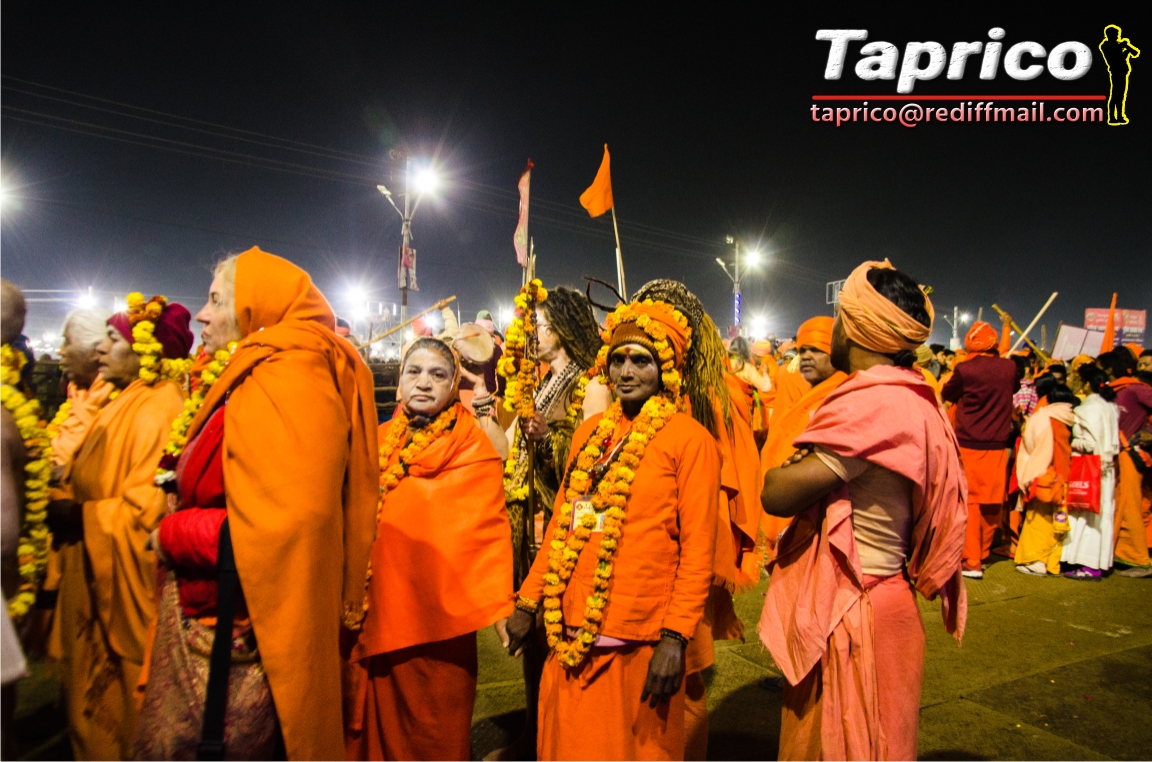 Very informative post. Rambo have you taken a holy dip on the shahi snan days?
V

vijaykapoors said:
Very informative post. Rambo have you taken a holy dip on the shahi snan days?
Click to expand...

As the photos suggest I used to be there before the first shahi snan. I photograph as representative of a local news paper so have to be there before the snan starts to cover it. I get a pass for photographing and also for my vechicle. Yes I do enter the ganga and at times if camera bag is not there I take a dip with the camera held up or hand it over to one of the mela workers there. The photographs that go into the press I do not post here.

This year they had a better plan and boats were available from close to the fort on Yamuna on Sangam side - they had created a Naav Ghat. And to control the boat traffic they had put a series of floating blocks and made it like a road divider. The boat would start from the naav ghat go towards the sangam and then move towards Arail side and then make a big round about from near the new Yamuna bridge and come to the naav ghat.

Boats are available upto 5 pm only in the evening. 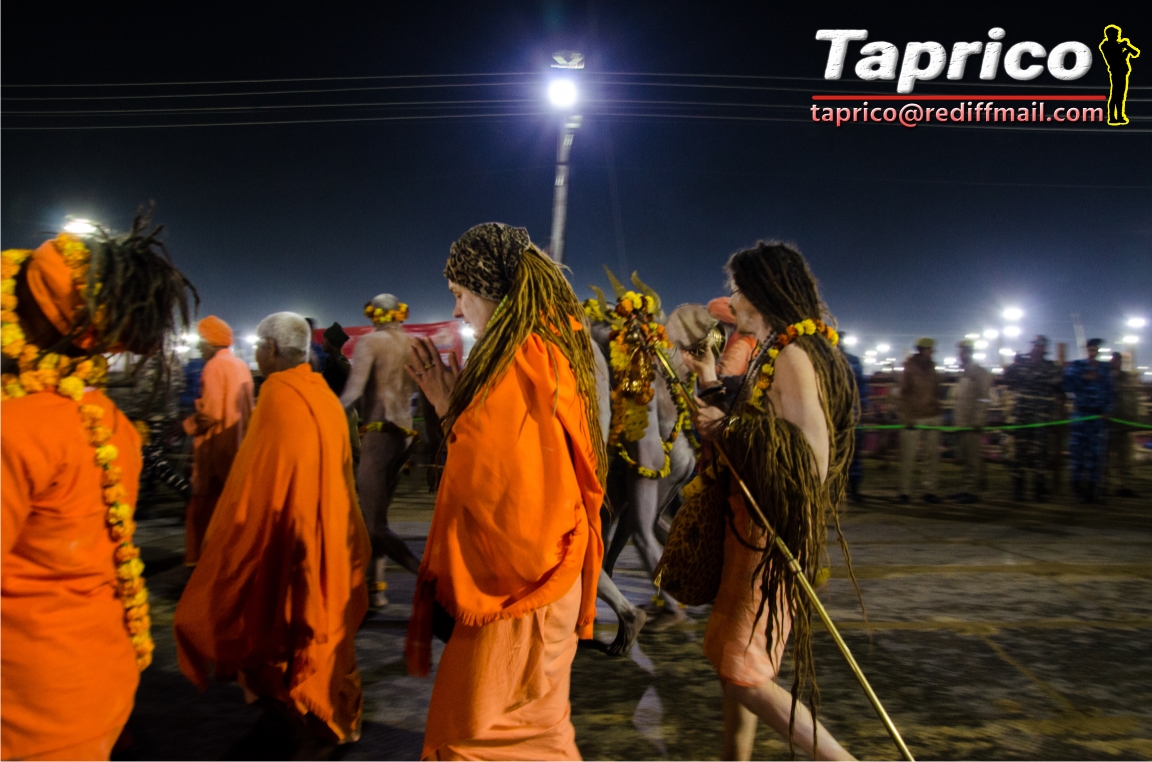 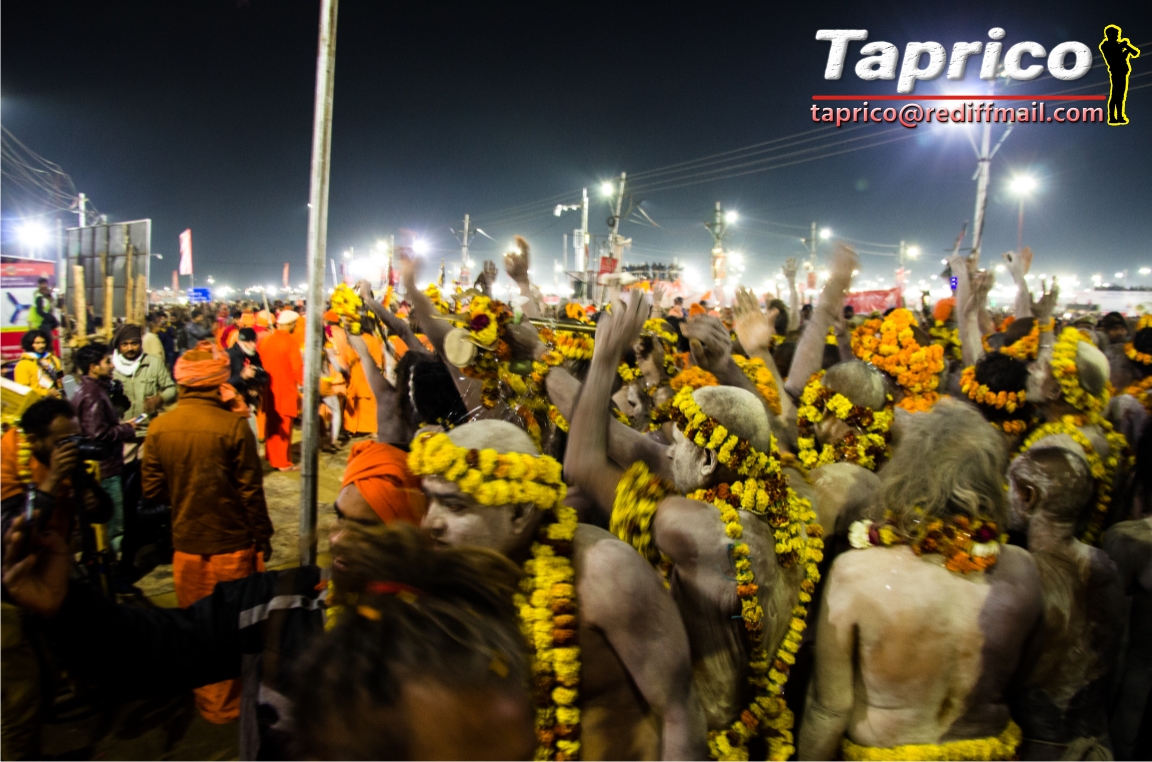 One of the Mahamandaleshwars walking under the umbrella 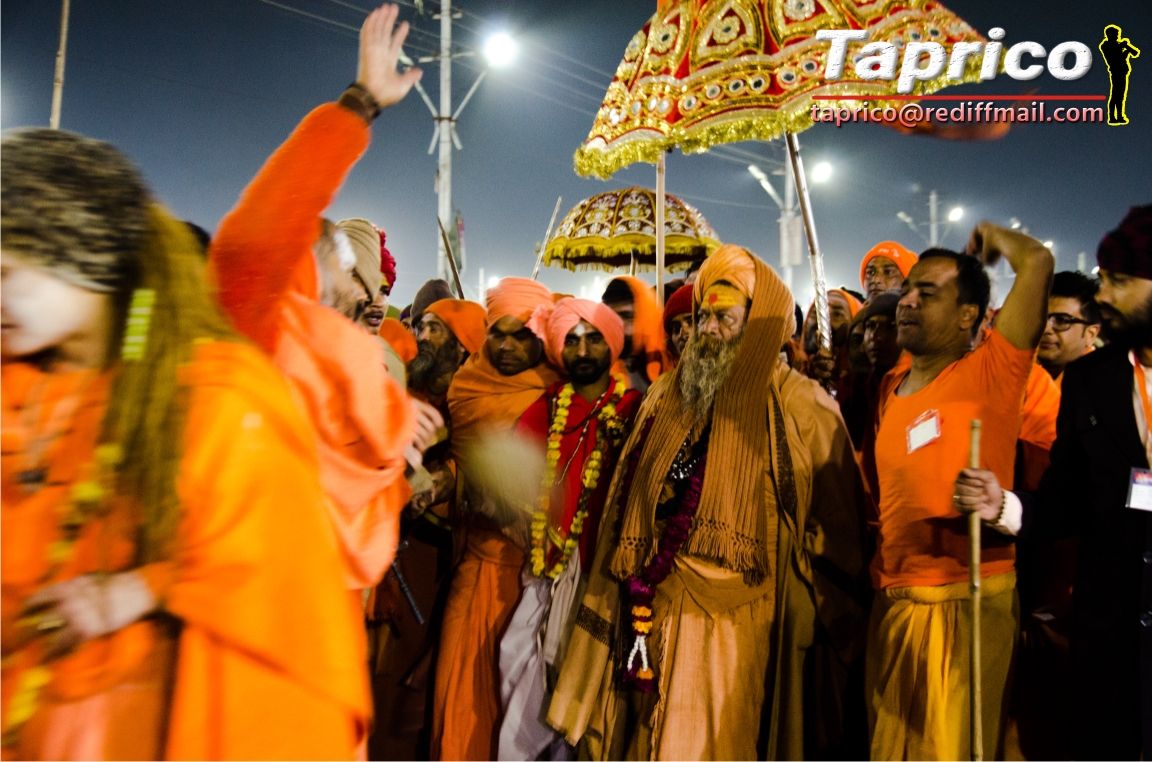 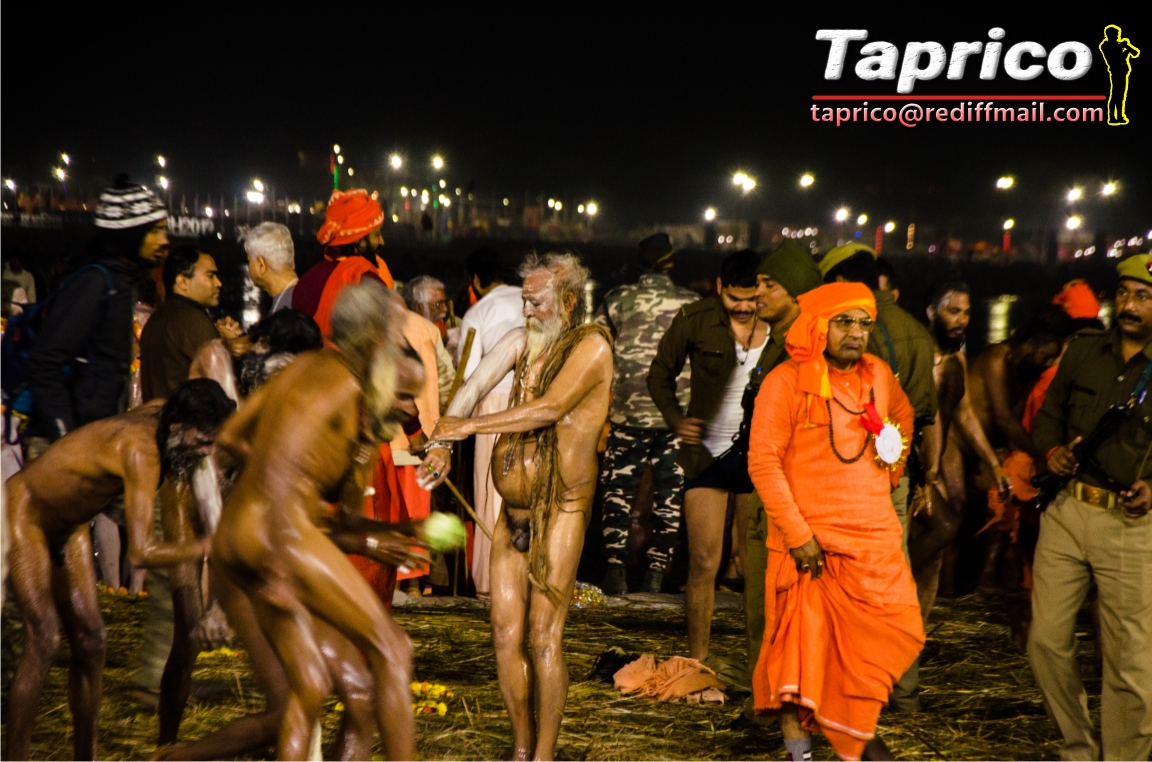 Ready to ride the horse once again 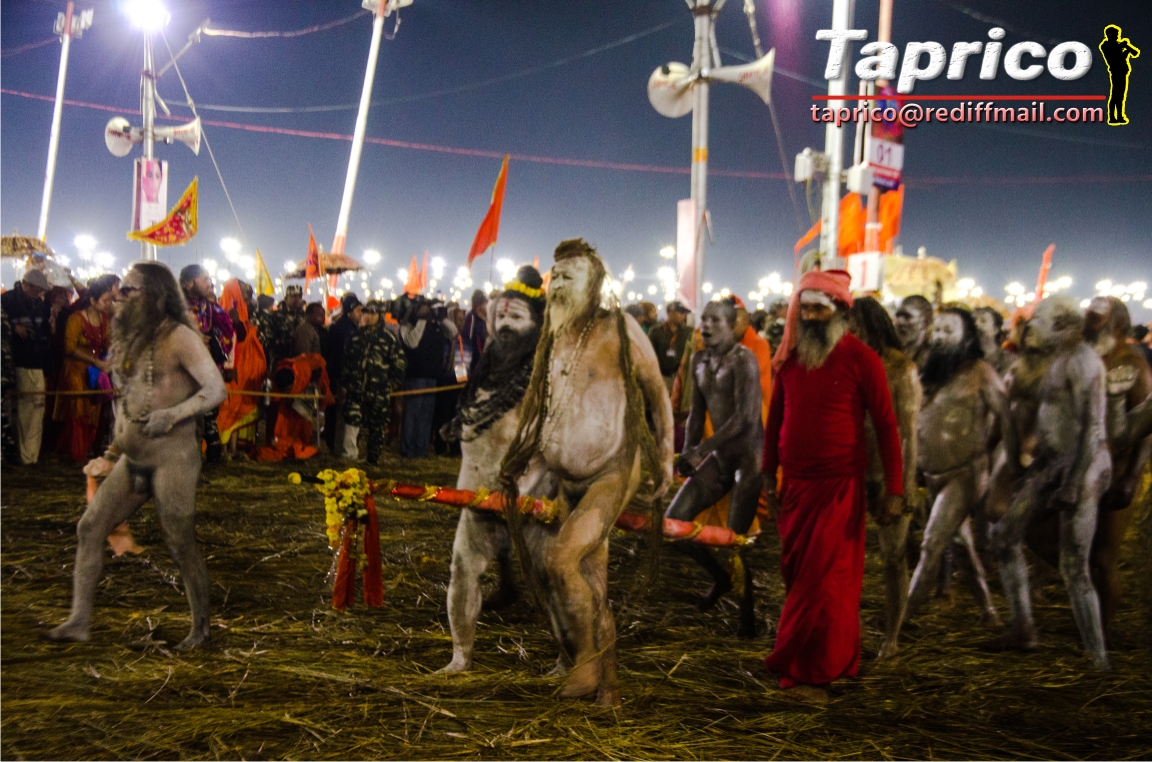 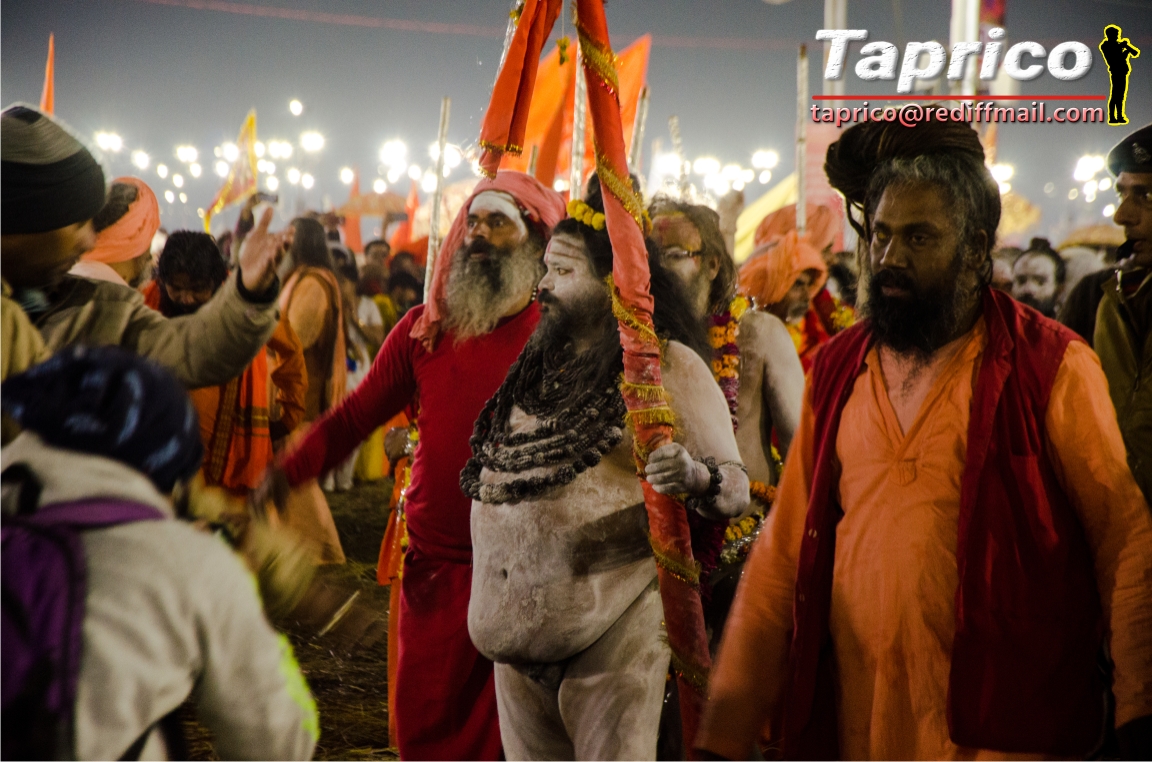 Time to display and get photographed 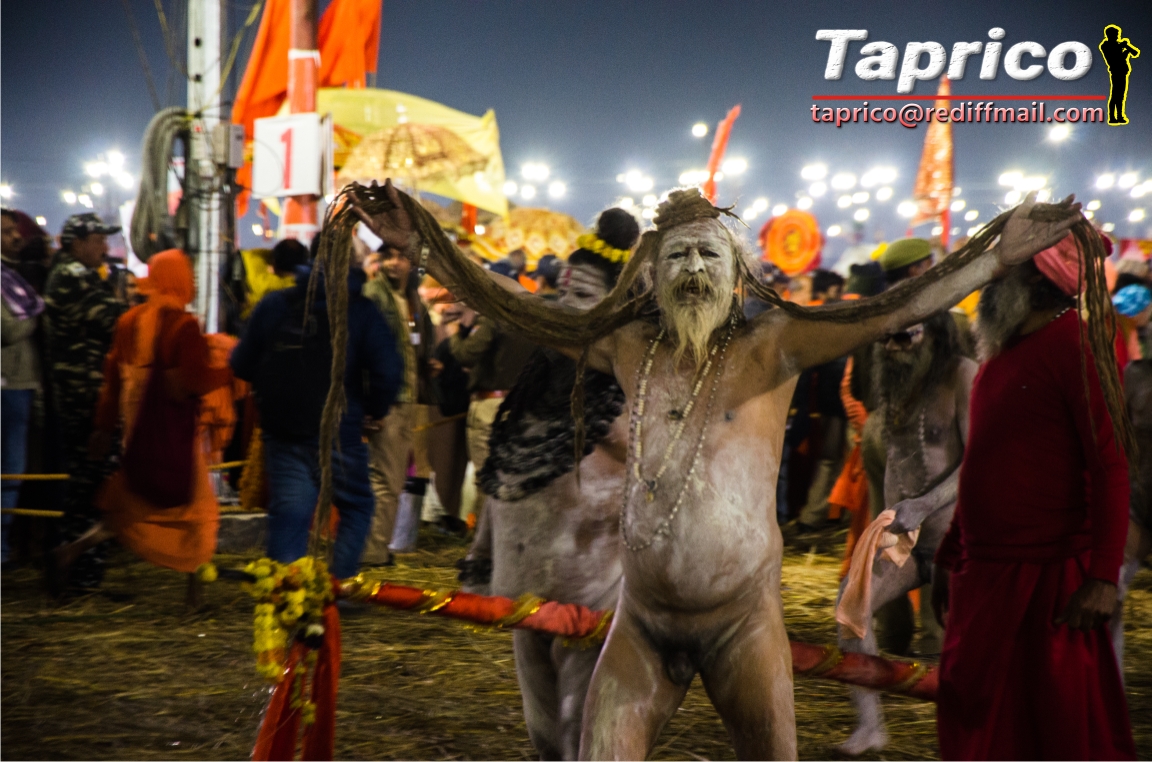 This is how he climbed the horse 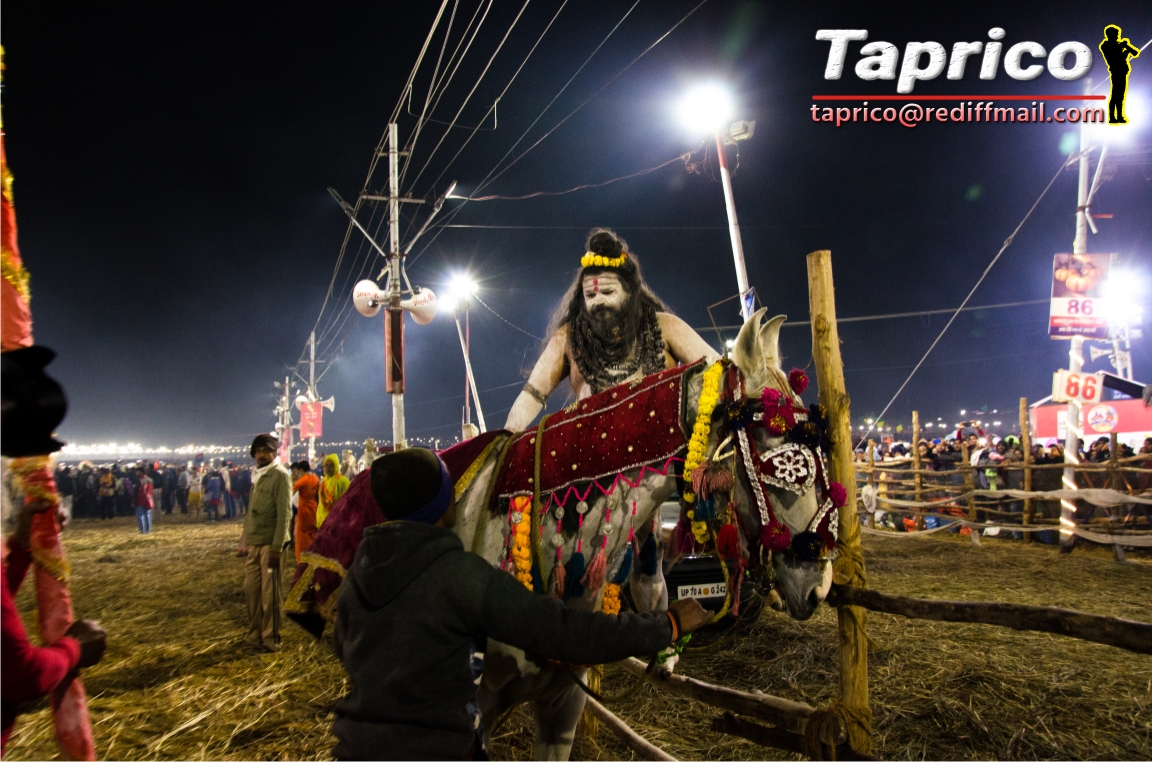 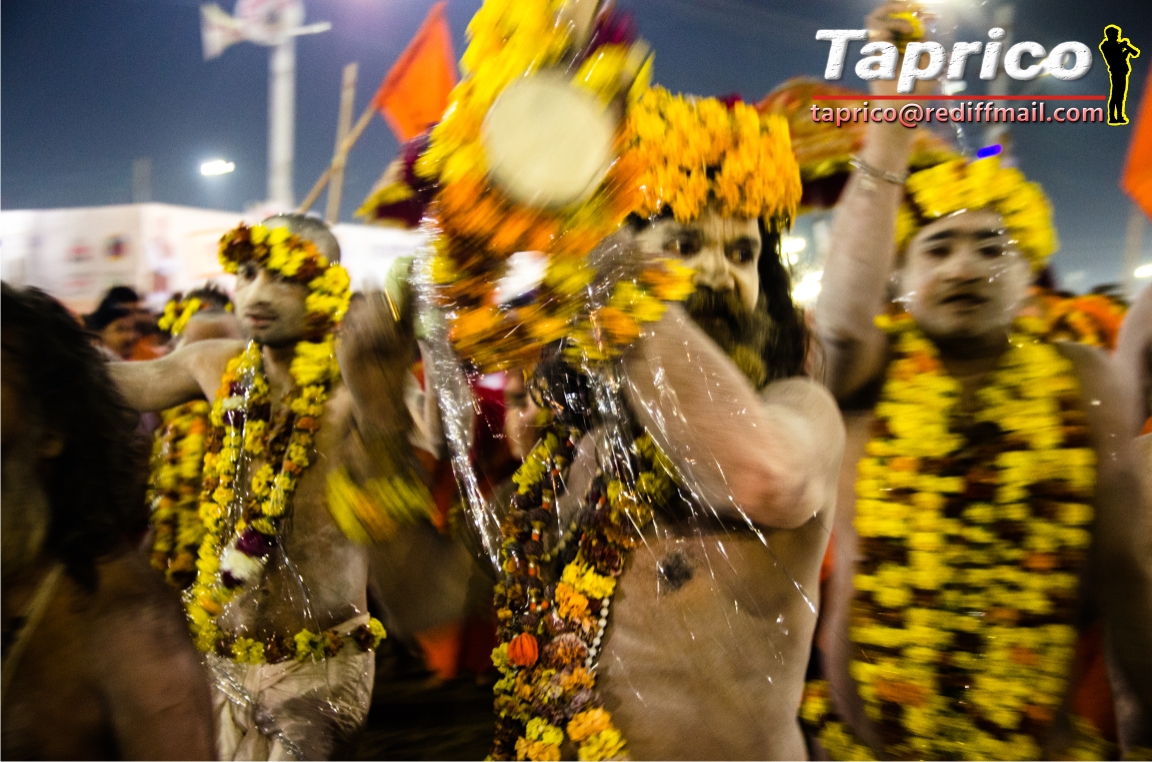 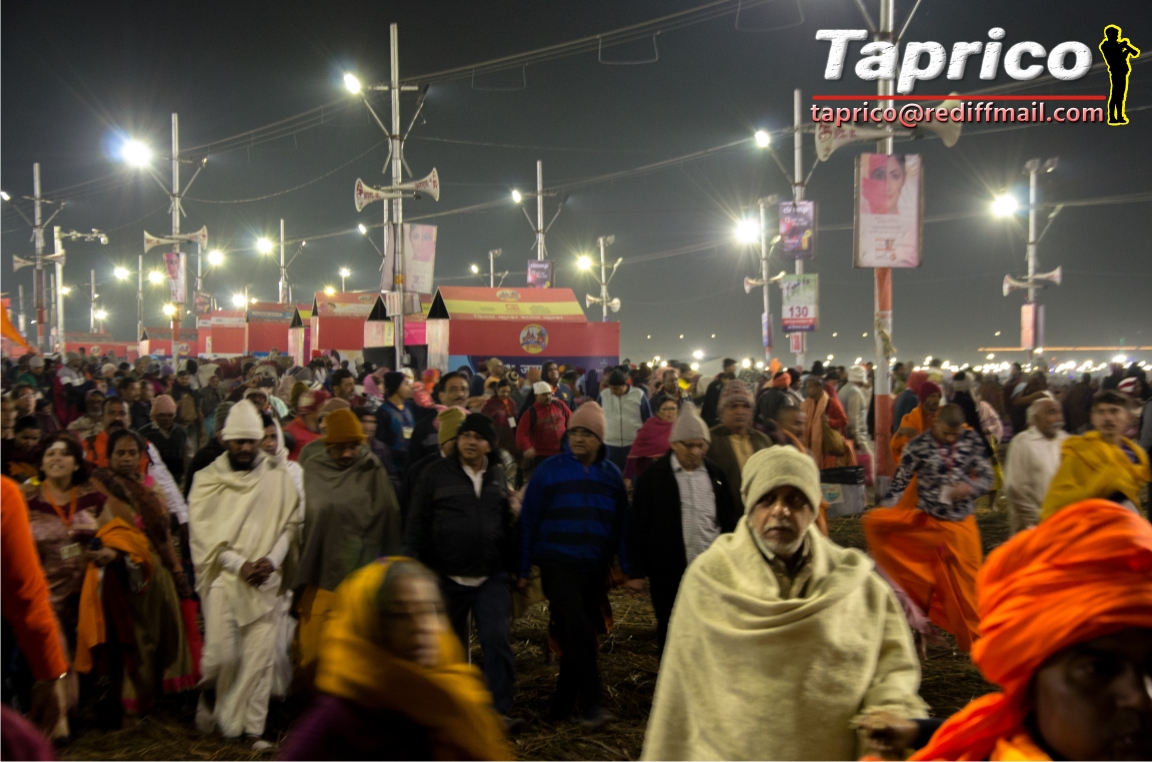 Very realistic captures of the Kumbha, i have not seen these many images elsewhere on the Internet.
May be one day you can bring out a good book on your coverage of the Kumbh mela's over the years.

Naav Ghat is indeed a good move, going to the Boat club was a sheer waste of time.
Good that you have the "press pass" to be at the right places at the right moment. I also noticed that there were many raised platforms for press persons.

Yes vijayji you are right there are platforms for Press but who ever is the planner of the mela has the worst knowledge of photography - all the platforms were constructed right behind the electric wires. And all close range photographs have wires running right across the photograph - so did not use the platforms. The wires were so close to the platforms that you could touch them with the tripods. And this year they have shifted the whole electric lighting to LED from Sodium so they have also increased the numbers of bulbs all over the area. And this white light has taken away the essence of the mela the - yellow light. In the sodium light the dust and fog used to look lovely while in this white light the photographs get cloudy.
V

Very useful information Rambo, i was studying the mela map and brochures and found the most of the activity is
taking place in sector 4 and sector 19(naini side), with sector 19 having good exhibitions etc. Plus the usual carnival
in the parade ground, including the book fair.
Are visitors allowed to carry camera's inside to fort to visit patapuri and saraswati koop? Last time we were prohibited.
V