Like everyone on this forum we had this idea of doing this dream trip on 2 wheels for last couple of years. And it was planned to be completed in 2016. 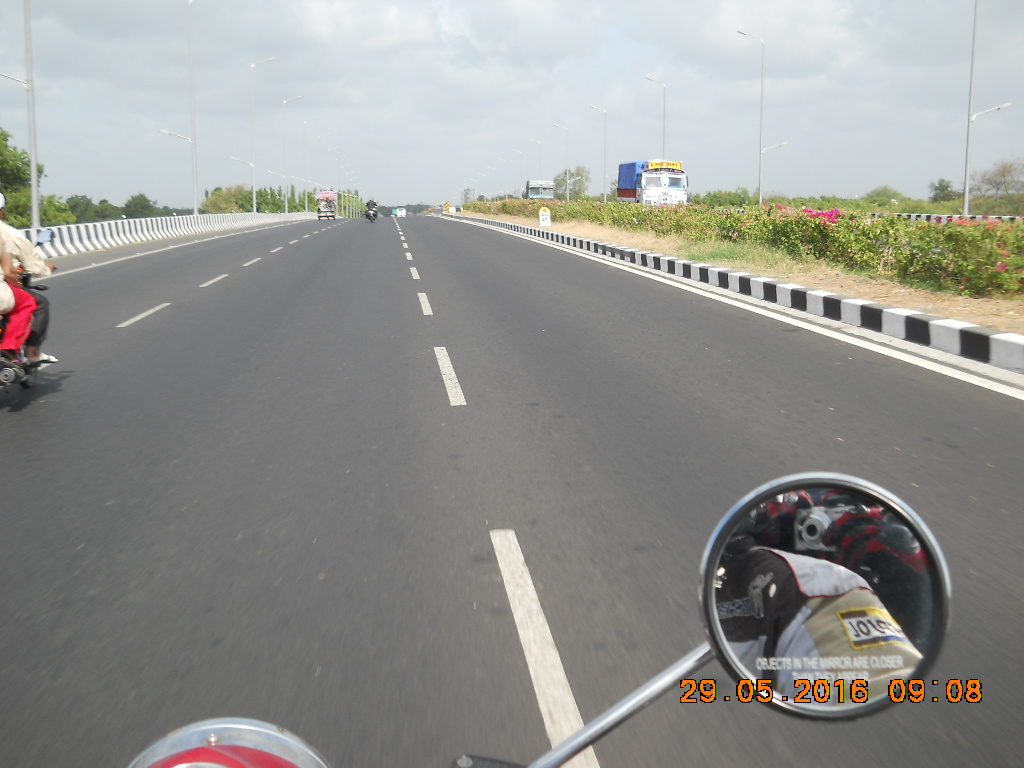 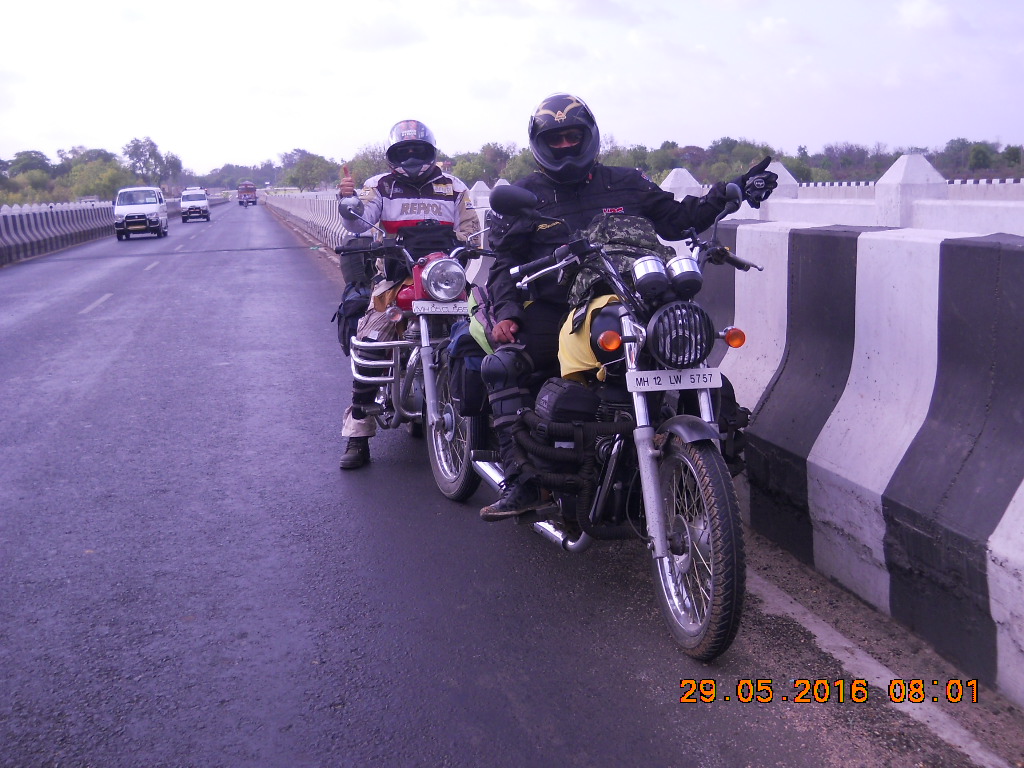 
Me (Prashant) and my friend (Shridhar) had this plan in mind since Apr 2011 when we had long leaves already planned, but had no idea about the preparations required for the Leh trip.


So after reading the available information on internet it was decided to change the plan and do a trip to Kanyakumari from Pune as that time I had Pulsor 150 and Shridhar(My Friend) had Hero Honda Passion 125 So we enjoyed our ride to Kanyakumari in year 2011.


Then since I had to move out of India for the professional requirements, it was decided that whenever I come back we will plan this trip.


Meanwhile Shridhar got opportunity to do this trip with his office group and they did it in 2013 when I was away. But which provided some experience at hand so we planned the trip for May’2016 as I came back to India in Apr 2015 and bought new RE Thunderbird 500 for all my future road trips.


Dates were finalized from 28th May till 16/17th June 2016, leaves applied and preparations started almost a year back…


It was decided that Shridhar and myself will be driving from Pune/Mumbai and another group of Shridhars’s friends will join us in Leh for further journey. so the excitement kept building till the actual D day arrived.


Just one week before Shridhar called me to inform that one of his friends Dipesh is also keen to join as pillion on his bike, I was not very keen on getting pillion on either of our bikes so clarified that he should be ready to bare the drawbacks of being a pillion. In the later stage of trip Dipesh proved to be very nice guy and accommodating with the situation and also did photography seating at the back seat. Also I was the one who offered a seat while Shridhar was suppose to get his friend on his Electra.


In terms of preparations we didn’t do much except few key things which carried along with us. Air Pump, Puncture repair kit, spare clutch and accelerator wire, Electric fuses and Medical kit which included Dimox

Dipesh Bhalerao ( Self proclaimed celebrity of the group 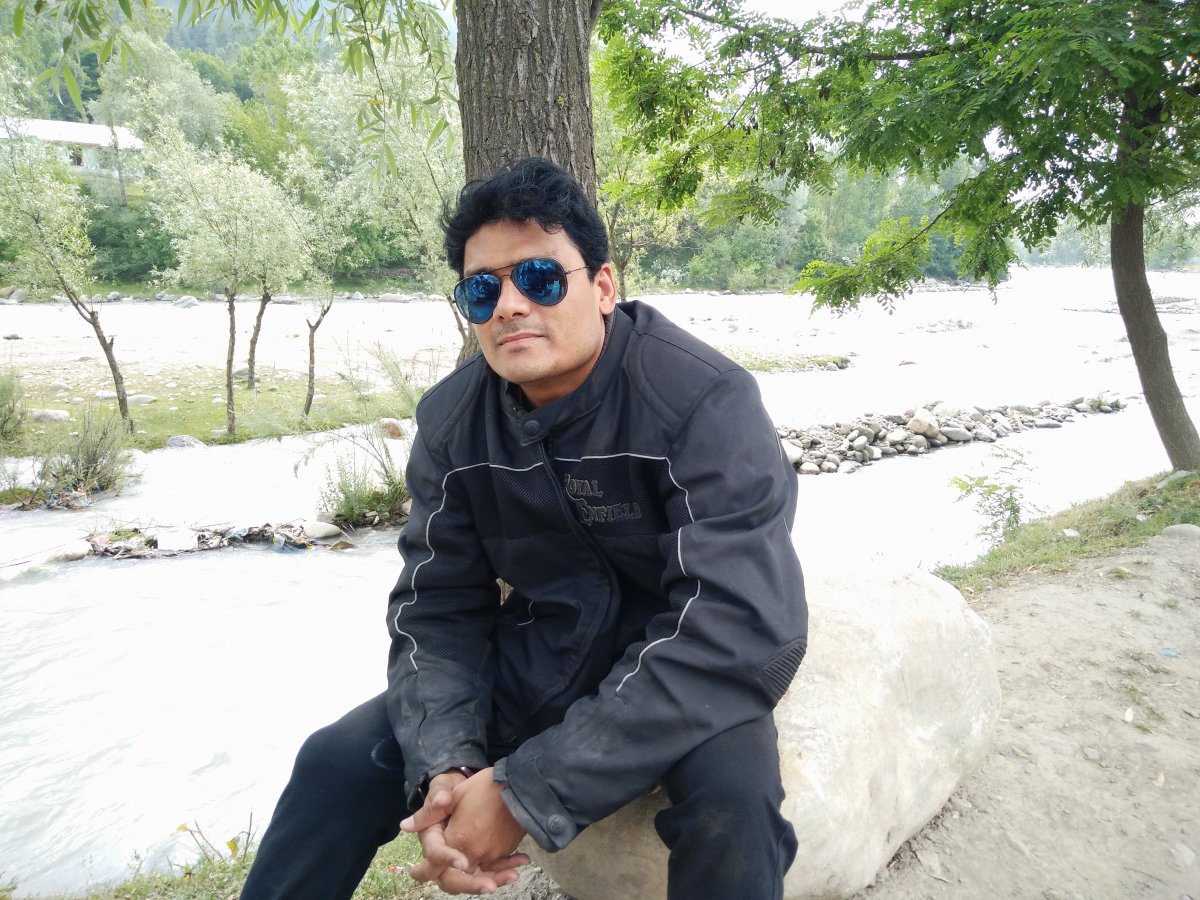 Shridhar Kulkarni ( Cool buddy, Always on time to get ready 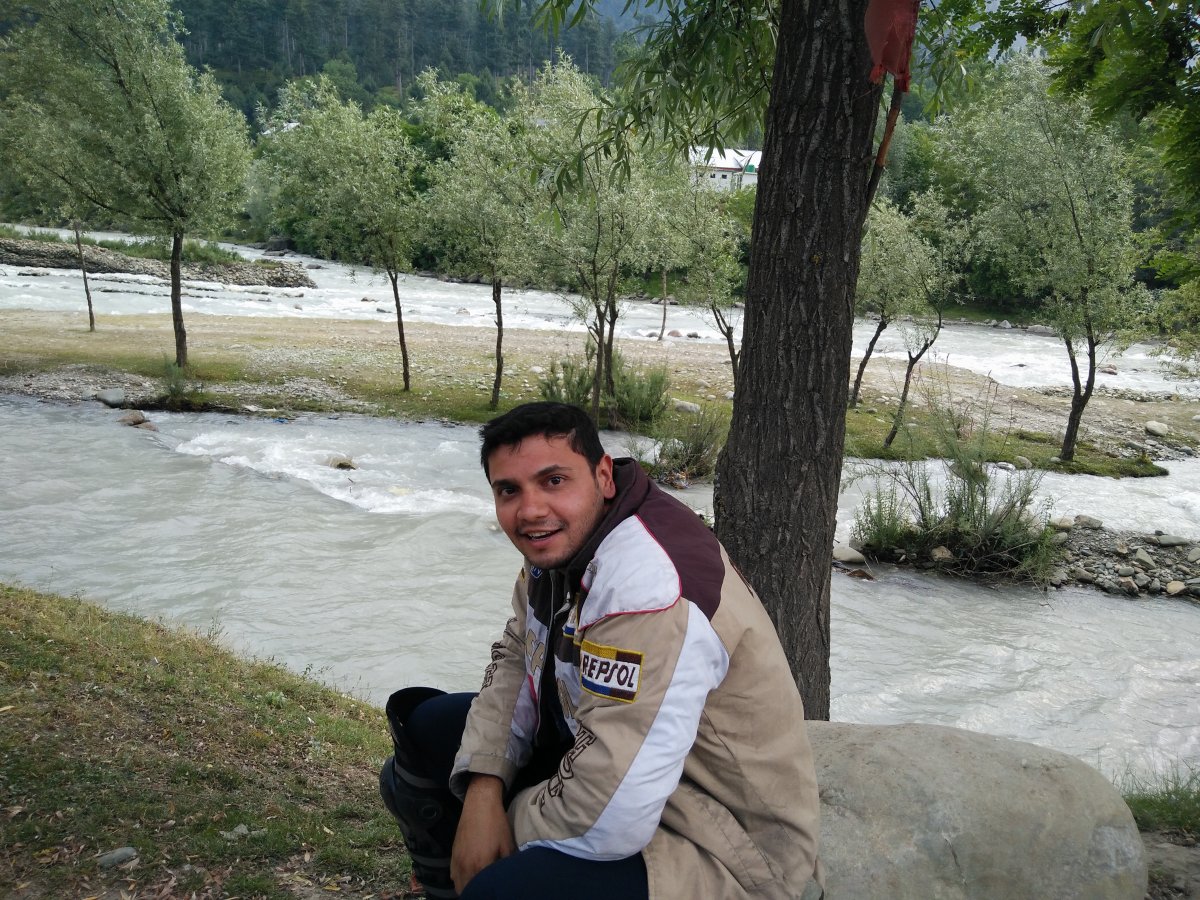 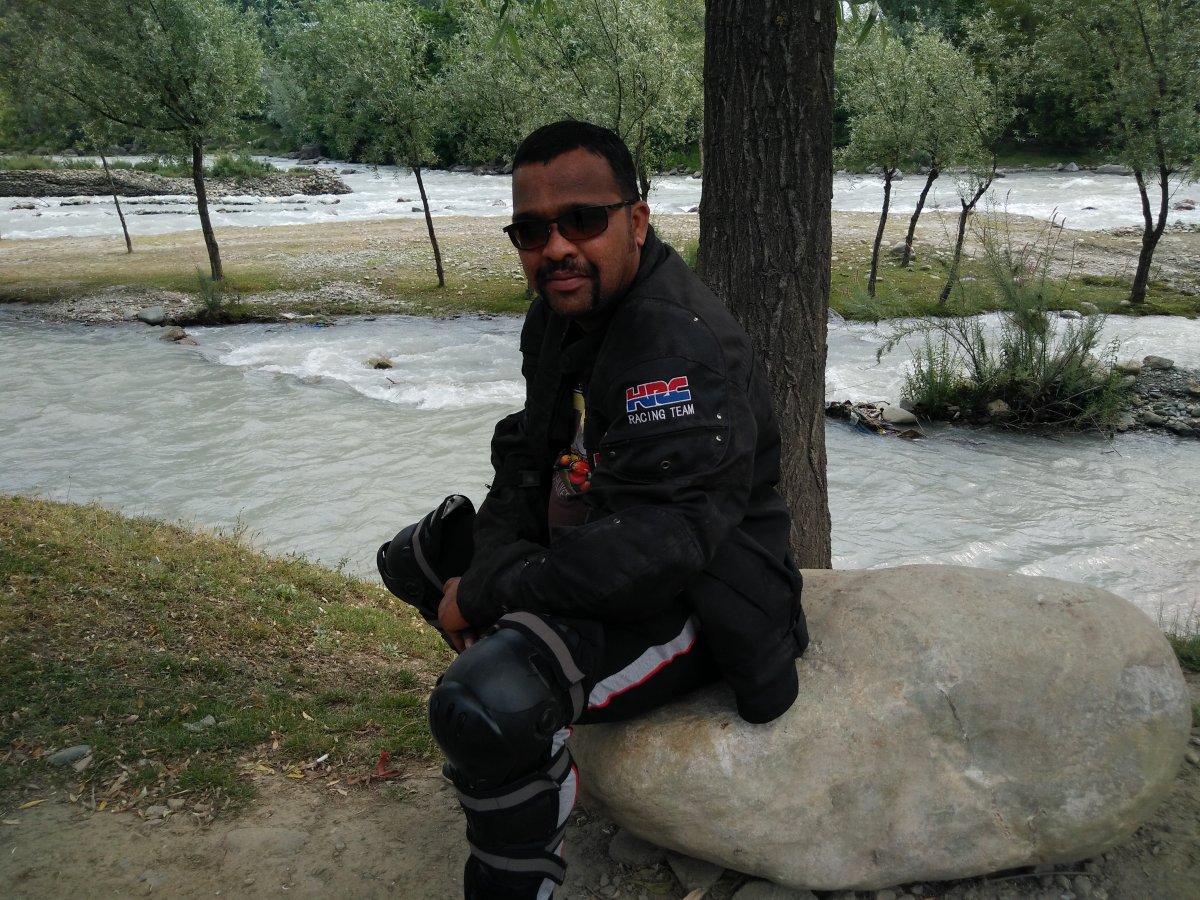 Road Condition: Super highway except the patch for Narmada Bridge where we lost 2 hours in coming out of the traffic mess.


I started from Pune at sharp 4:45am everyone at home was awake to with me luck (Wife, Brother, Bhabhi, Dad and my Son. My niece had wished me luck in the night as they would not be awake so early . I could see the feeling of worry and proud ness at the same time on everyone’s face) and planned to meet Shridhar at 7:15 in Dombivali have breakfast at his place and move on for the actual journey. As per plan I reached his house and was expecting that he would be ready with all his luggage mounted on the bike which was not the case L still I started my breakfast and in the meantime he got his stuff loaded on the bike with the help on Dipesh and his brother Ketan. His family wished us good luck and we started at around 8:45am from Dombivali. ( Time on the camera is incorrectly set) 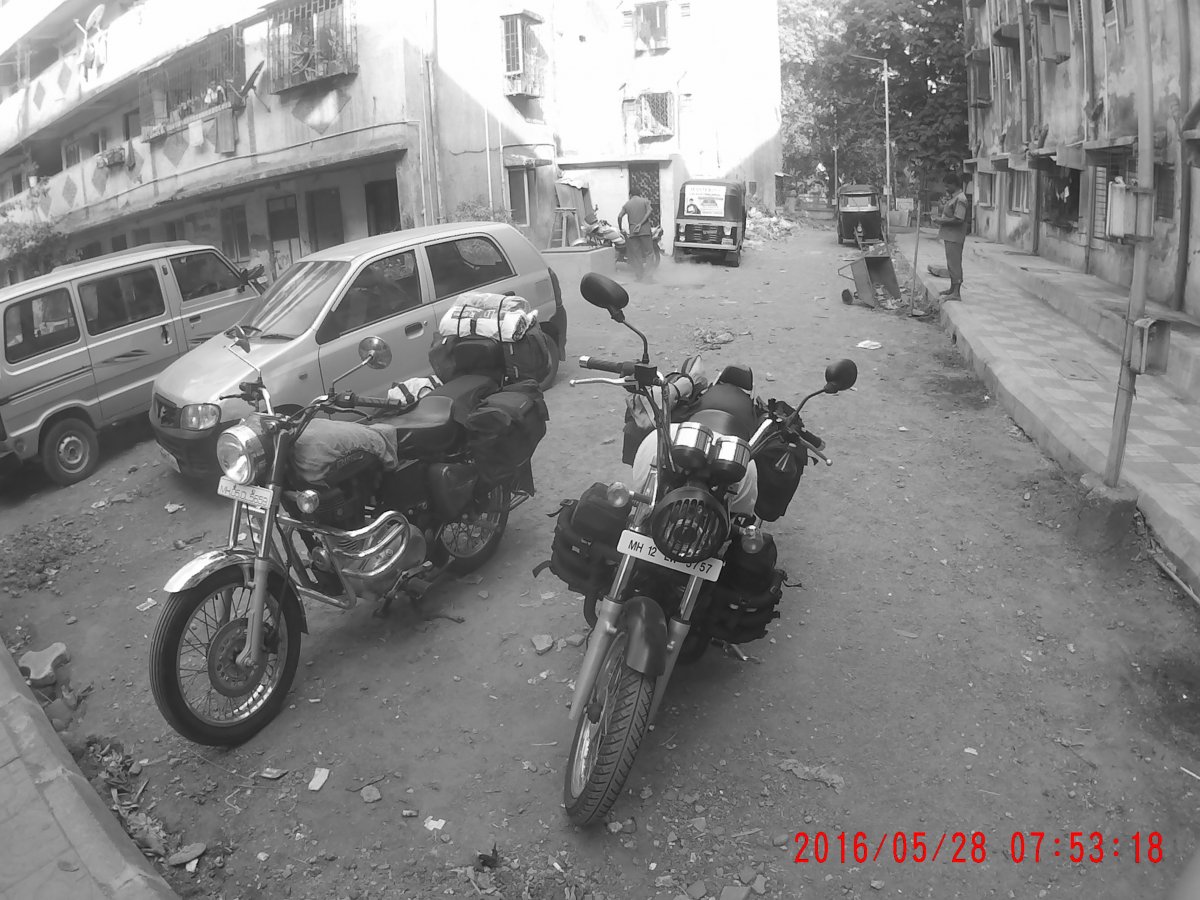 It was boring to navigate through Mumbai traffic till we hit the NH8, in around an hour and half we reached the highway which welcomed us with nice smooth tarmac roads. 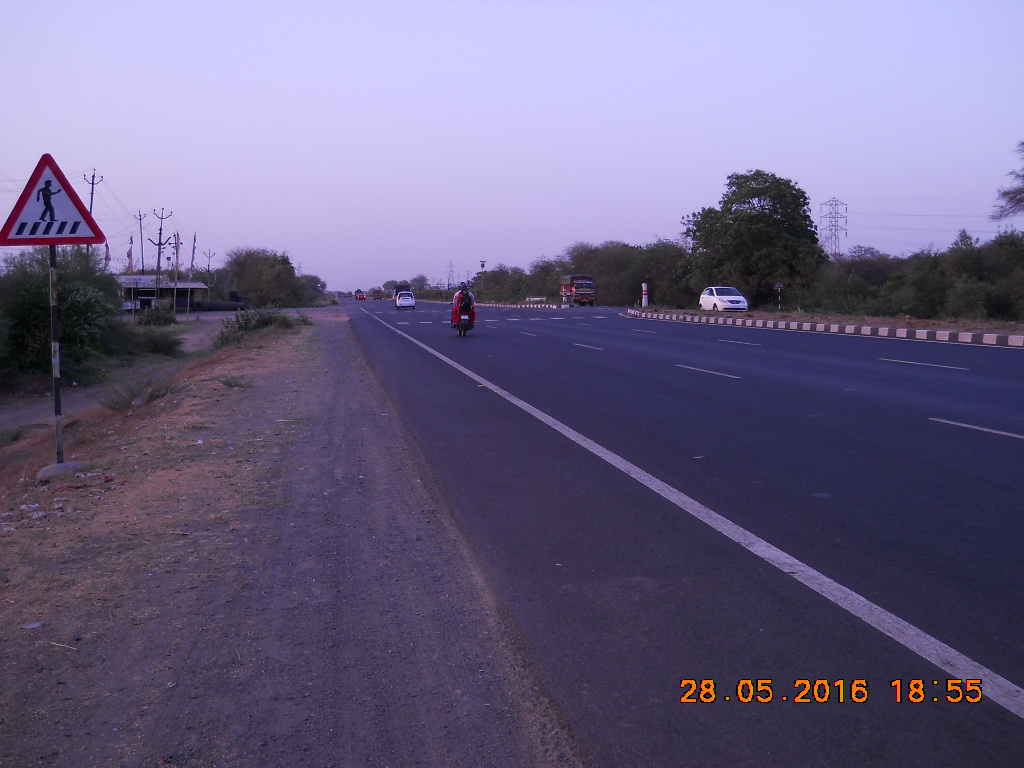 After that we got the momentum and gaining good speeds which helped to cover the kms faster. With couple of bio breaks in between before we stopped on highway for lunch around 2pm.


Plan was to reach Bharuch which was not very far so we thought lets pull up to Vadodara , immediately after this thought first surprise for the trip appeared in front of us in the form of huge traffic jam which took us around 2hours to navigate and come out. That too I was successful to come out 30mins before Shridhar and Dipesh could reach. When I came out I realized we were just 5kms away from Bharuch and it was 6:00pm in the evening but Sun still shinning in the sky. When enquired got to know that traffic jam was a daily affair in this area and it was because of the construction work of new Narmda Bridge, which I had read in some forums but forgot to avoid it. 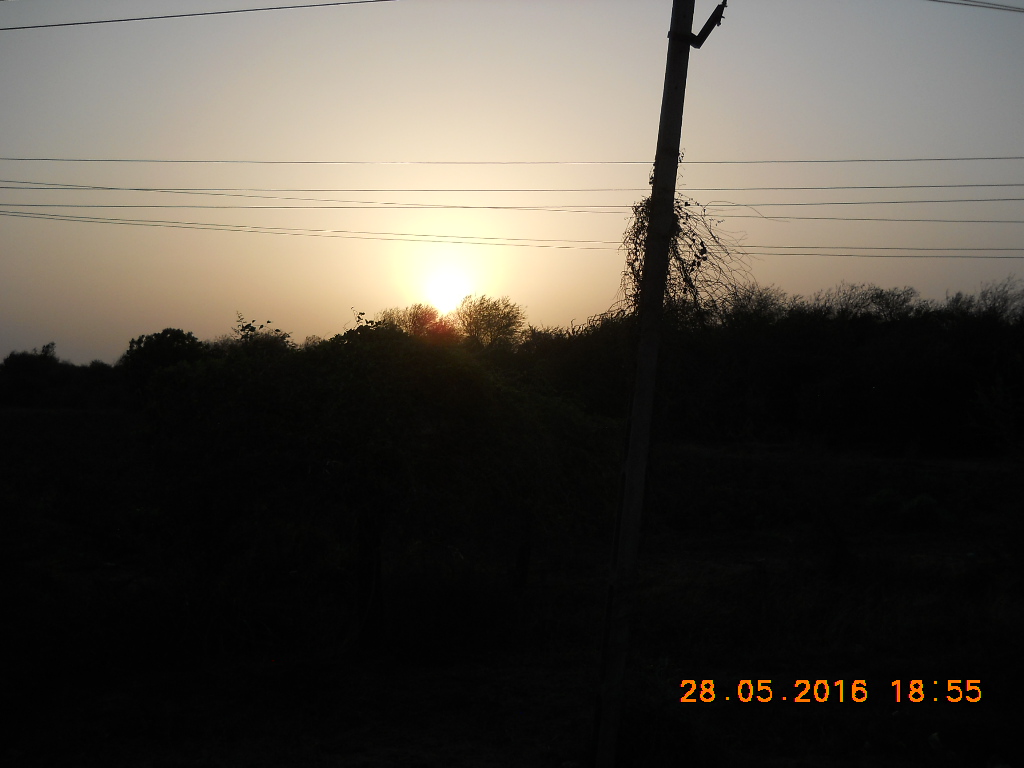 When Shridhar and Deepesh came after 30mins, then it was decided to take a break for 15mins and stretch till Vadodara on day one. Which we did finally and reached Vadodara at around 8pm. Got nice hotel on highway itself ( Hotel Legend) 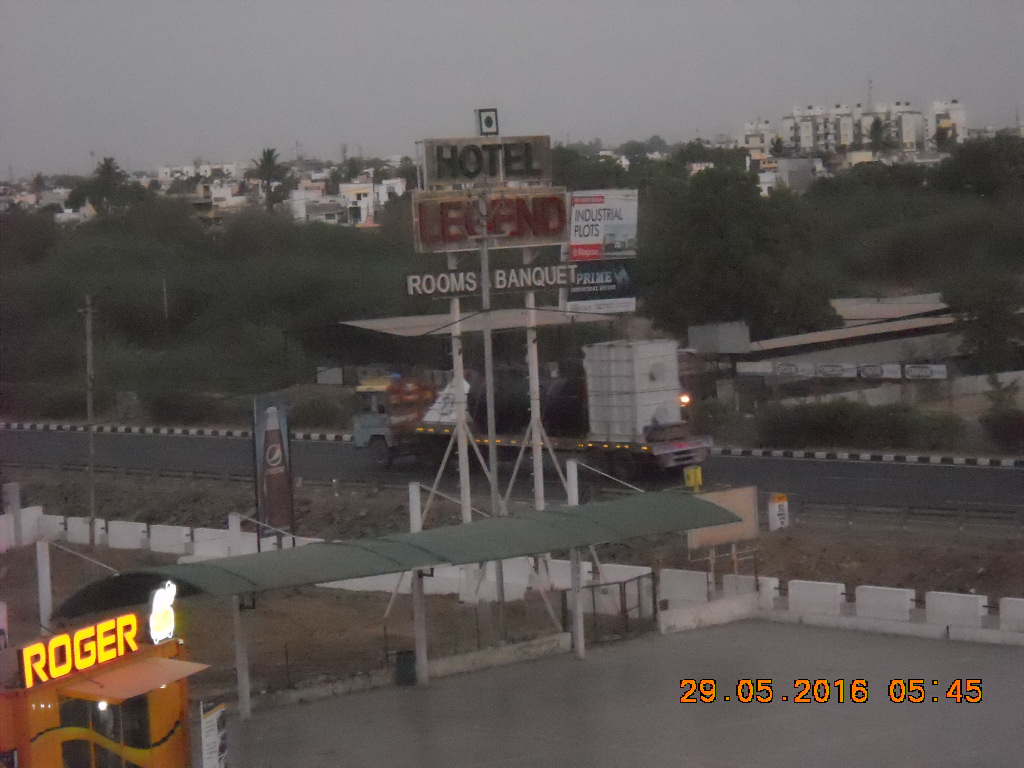 Coool , will wait for your update.

RE , you beauty. Keep it flowing!!

okey boys lets have all the images... waiting

Looks good. Let's get to the good stuff.

prk said:
Like everyone on this forum we had this idea of doing this dream trip on 2 wheels for last couple of years. And it was planned to be completed in 2016.

Updated Day1 details now... Hopefully will try 2/3days together from tomorrow. I am editing the same post again not sure if thats the right way.