J.Ravi said:
Thanks, ToughGuy. I have to select from 500 plus photographs, edit, resize, post-process them before posting. I may take more time, but surely it will be worth waiting for!

I honestly understand your efforts as compiling a log is a very tough ask and fully accept wait is worthwhile over here, take your time

J Ravi: Keeping ACC on 20 must have consumed some good amount of coolant i guess?

Viny said:
Keeping ACC on 20 must have consumed some good amount of coolant i guess?
Click to expand...

Today, I opened the bonnet of my Linea and examined the fluid levels. The coolant level was just above the maximum line as it was earlier. Perhaps, they might have topped up during the servicing at Amritsar and Srinagar. My Linea carried a 4-litre can of Selenia K, one litre of coolant-water mixture, windscreen cleaning fluid, etc. But, I brought them back unused!

Before the commencement of my Leh expedition, I had opened the bonnet of my Linea on 4 September 2011, checked the engine oil and fluid levels and topped up engine oil and windscreen cleaning fluid. My Linea carried adequate spare engine oil [Selenia K], coolant-water mixture and windscreen cleaning fluid for this great expedition. En route, my Linea got serviced at Amritsar and Srinagar with topping up of engine oil and fluids. I never opened the bonnet of my Linea anywhere during the Leh trip! After reaching Bangalore, I opened the bonnet yesterday and checked all the levels. After driving for more than 3,400 km from the last servicing at Srinagar, the engine oil level came down to the minimum mark and consumed about 750 ml of Selenia K and about a litre of windscreen cleaning fluid. The coolant level was just above the maximum mark as it was earlier. So, the spare consumables that my Linea carried returned home unused.

The attendant of IOC petrol pump at Kargil was very prompt. At 6 am sharp, he opened the pump. We were the first customers to have petrol on that day. There was a clean toilet at an elevated place above the pump. We had to climb a few steps to reach the loo. After a few minutes, we started another marathon journey to Leh. At 7:30 am, we encountered the first traffic jam of the day due to clearing of the landslide debris by BRO staff. 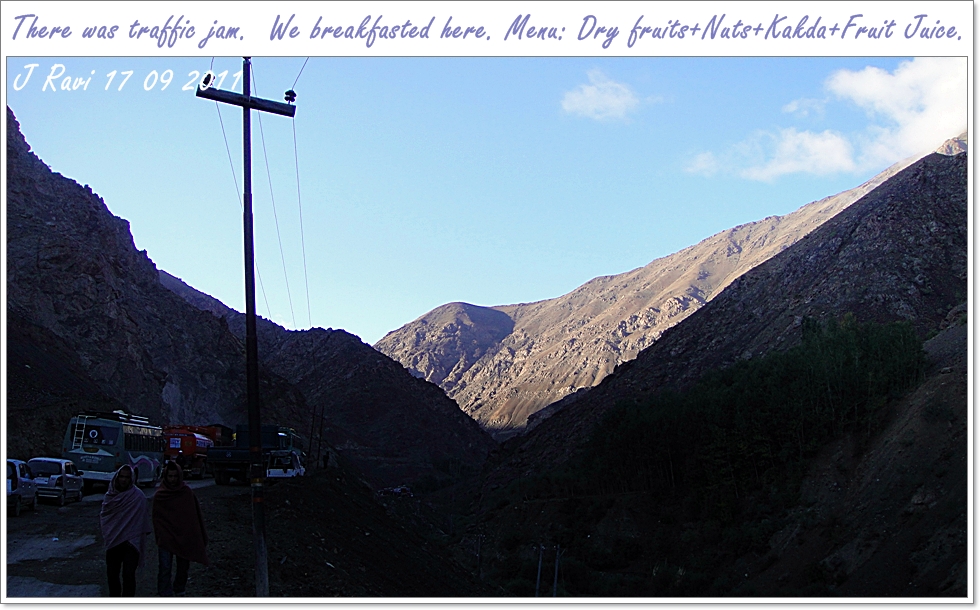 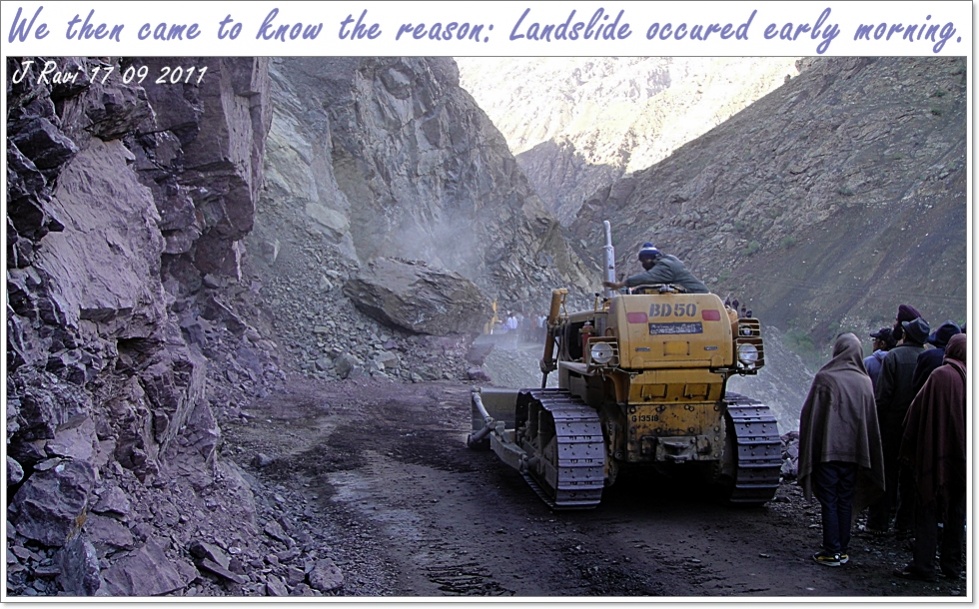 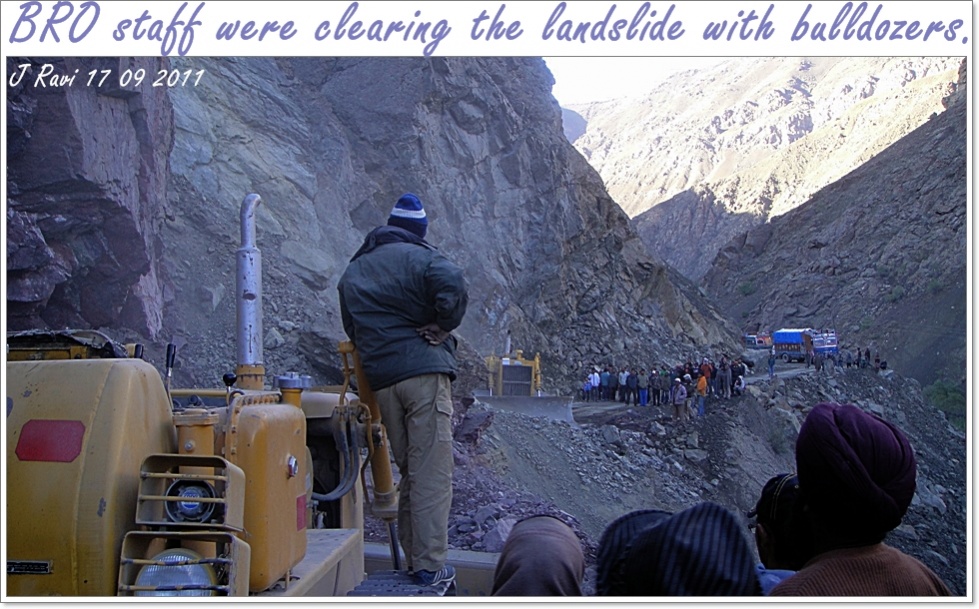 When I was returning to my Linea after clicking some snaps, I heard a voice, 'Good Morning, Sir!'. I turned back only to see the same Innova taxi parked ahead in the queue and all the guys, who helped me at Zoji La, were seated inside as the temperature outside was in single digit! I wished them back and returned to my Linea. 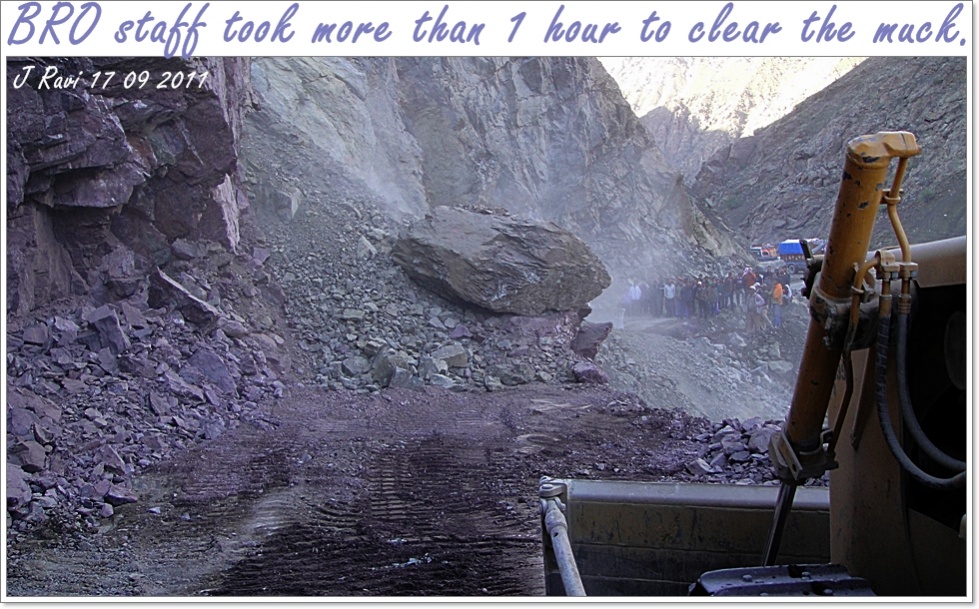 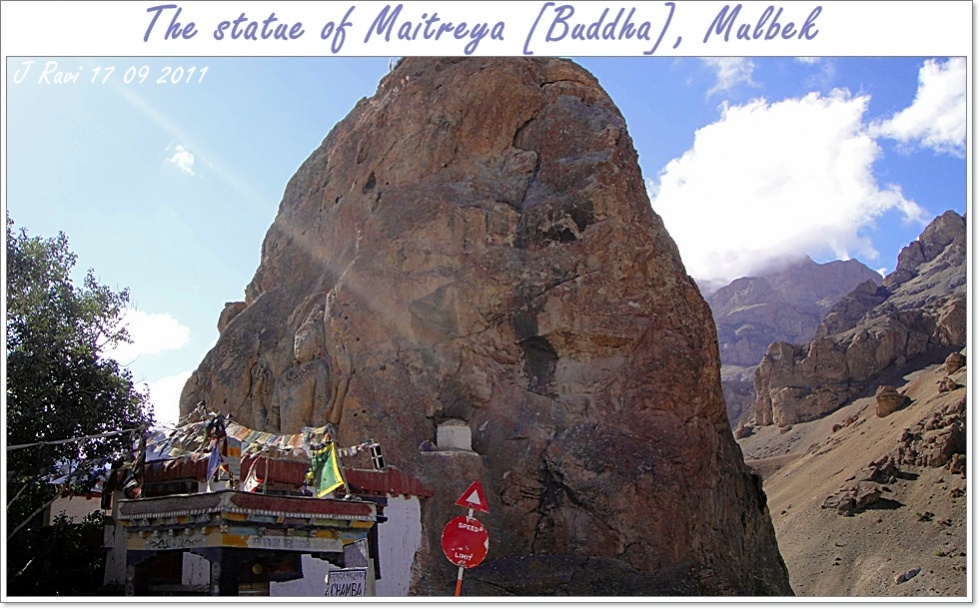 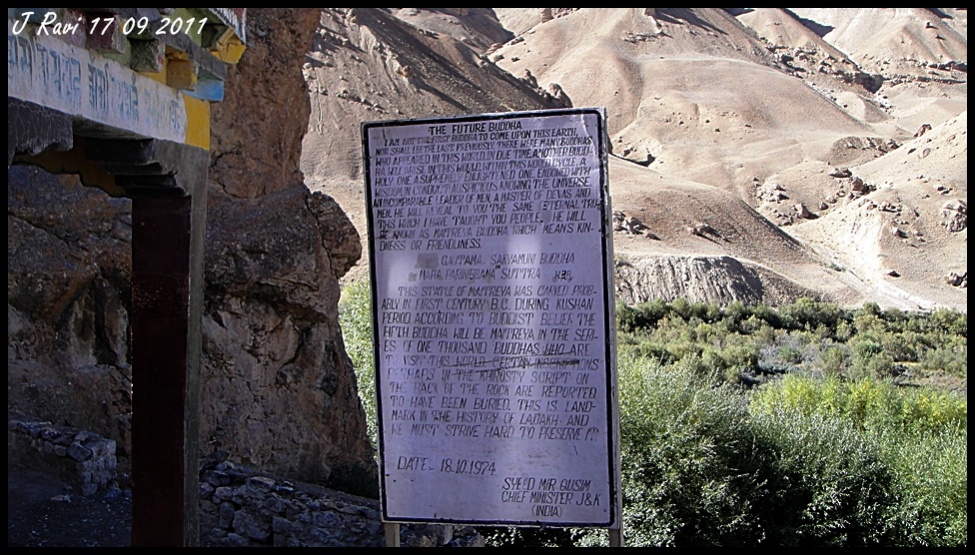 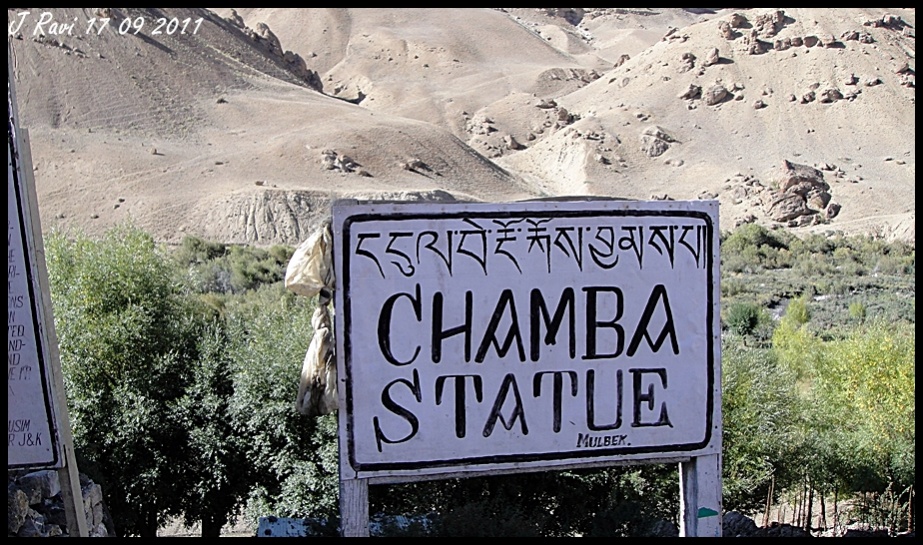 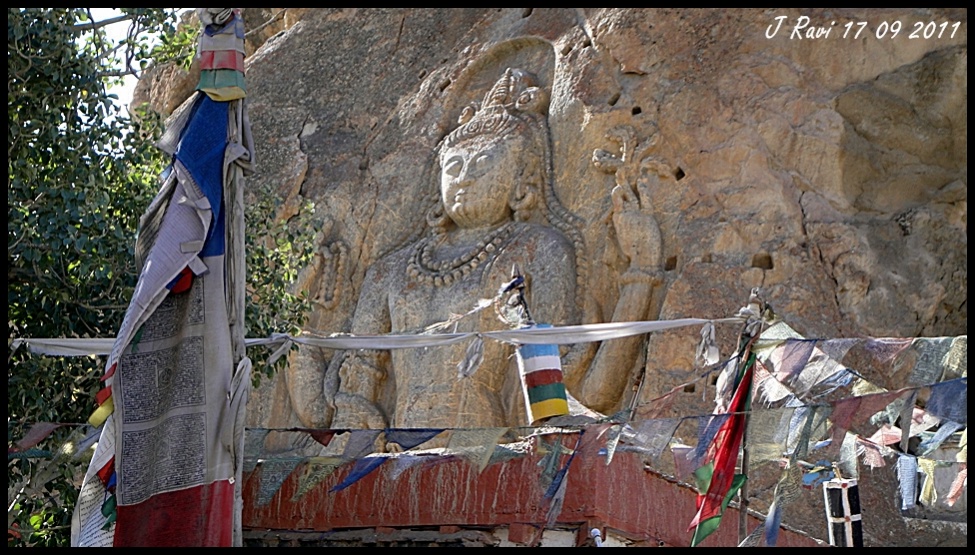 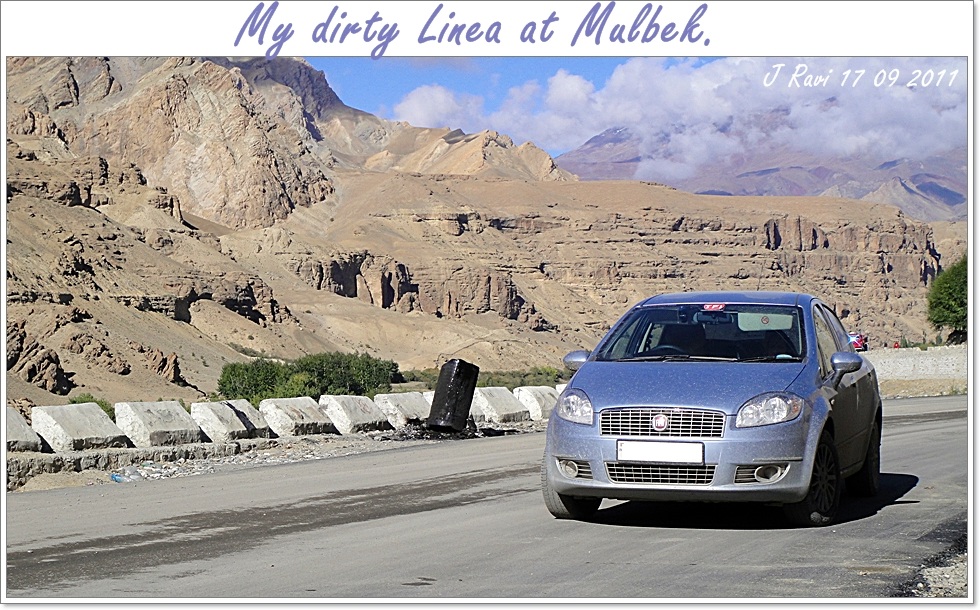 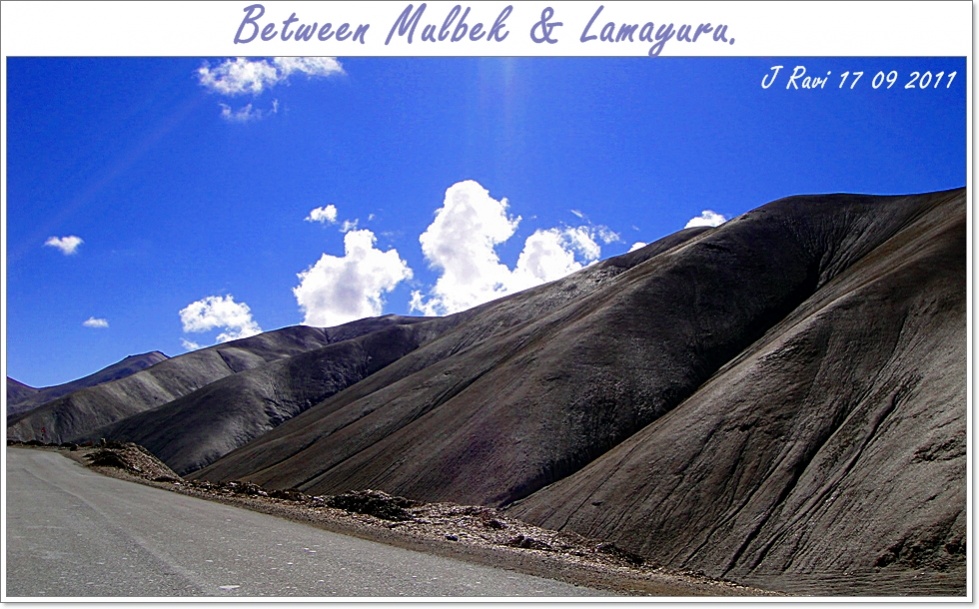 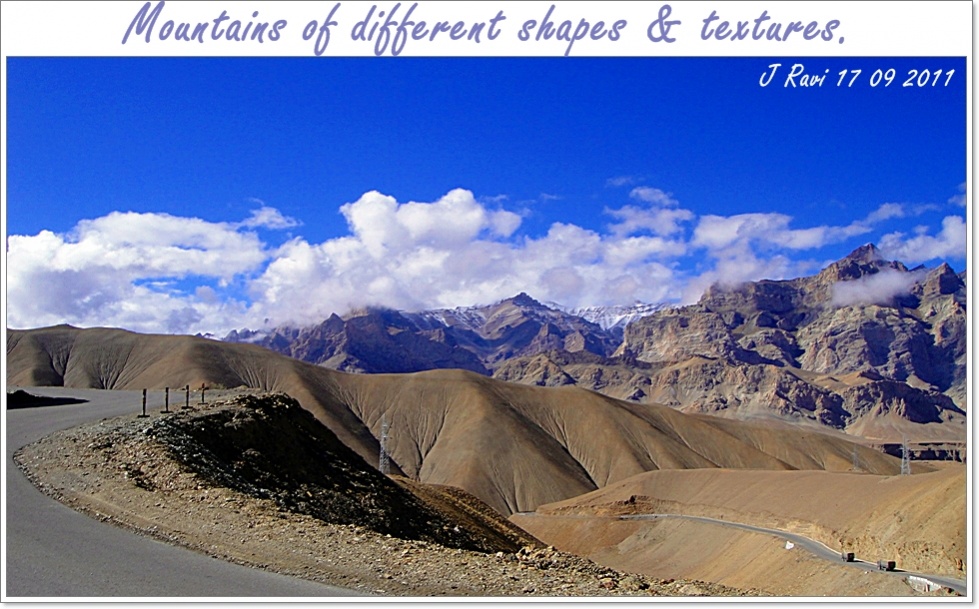 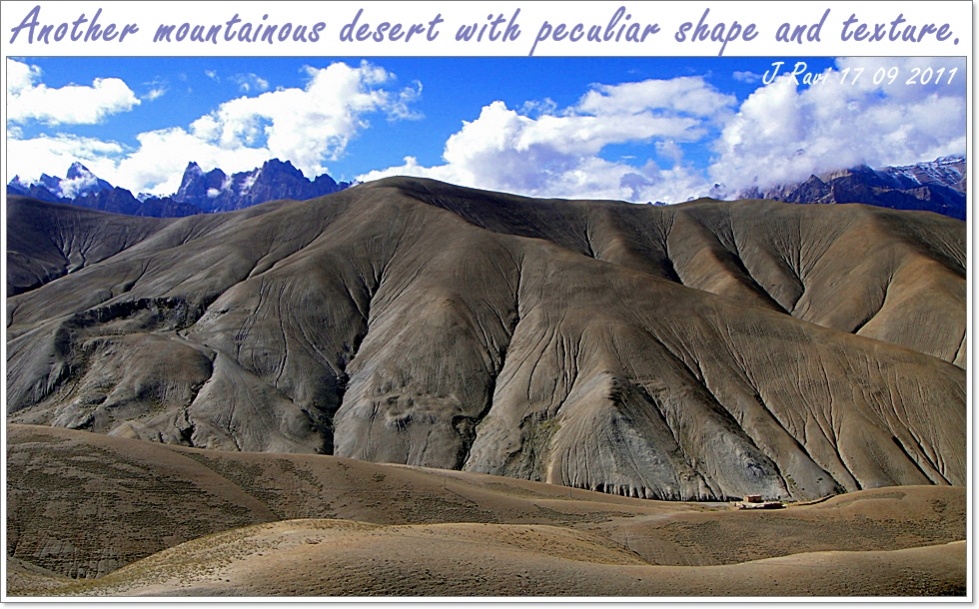 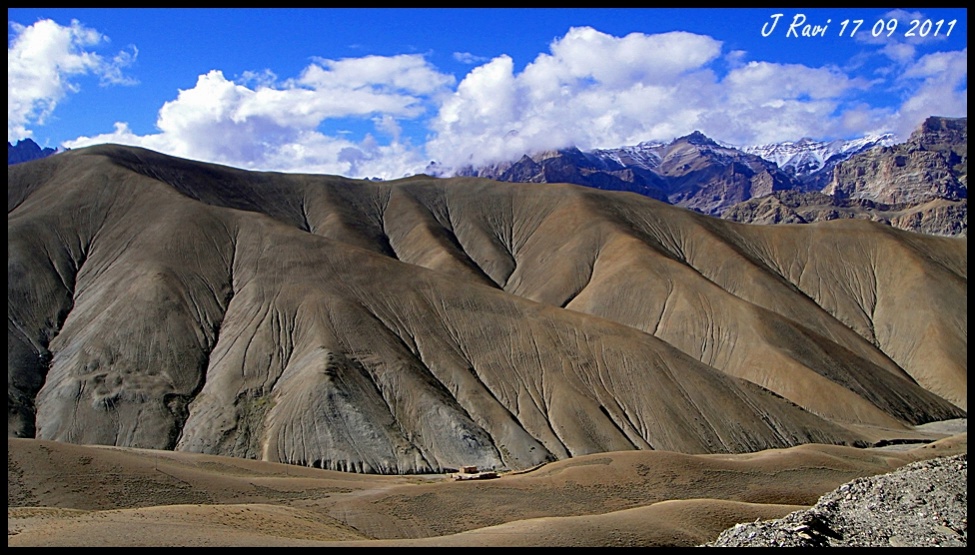 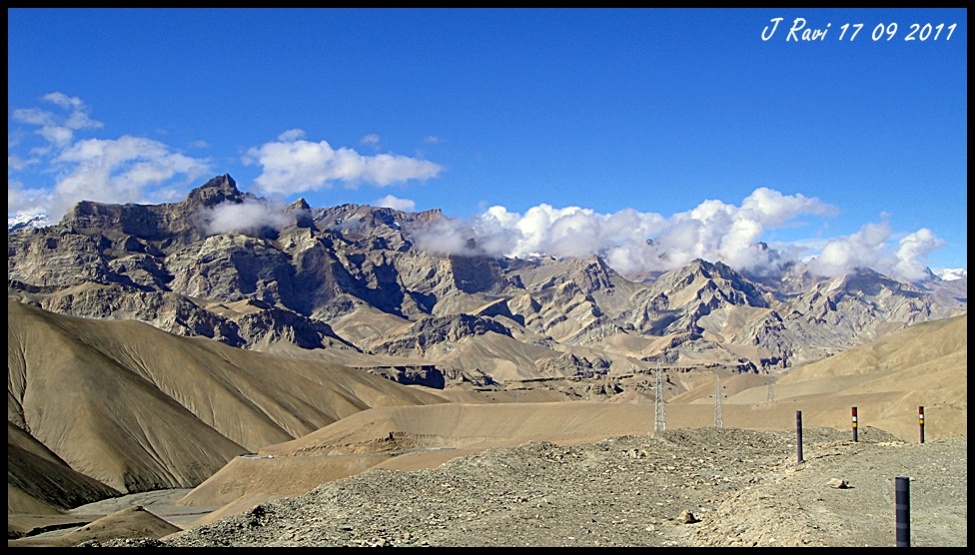 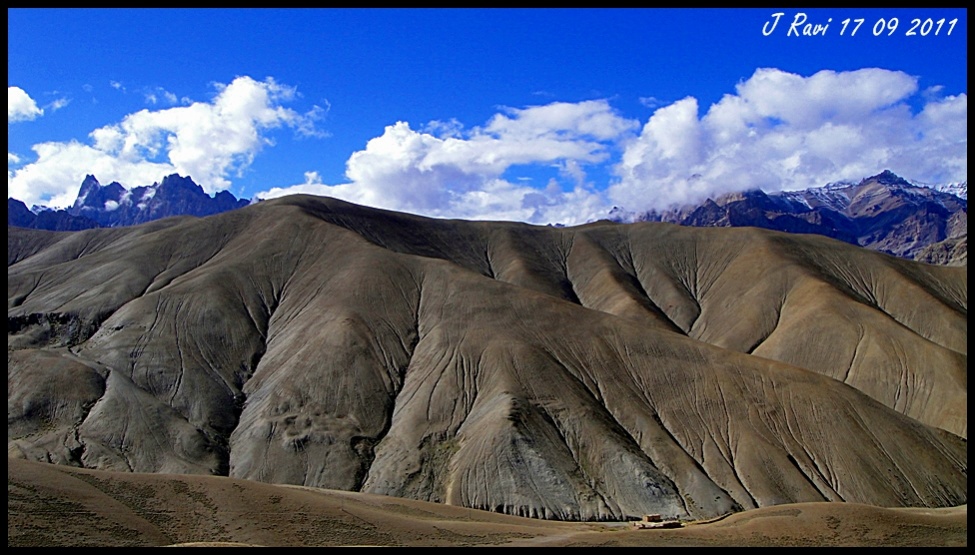 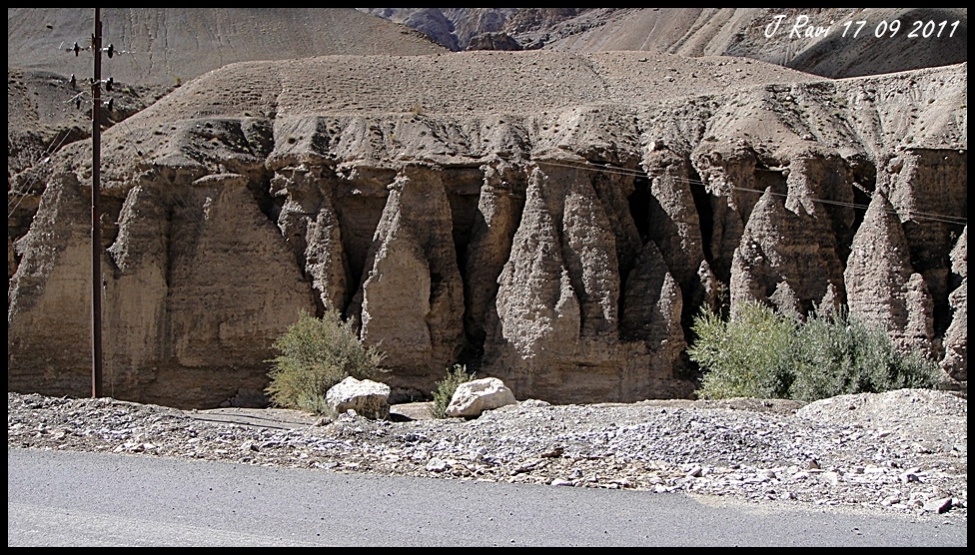 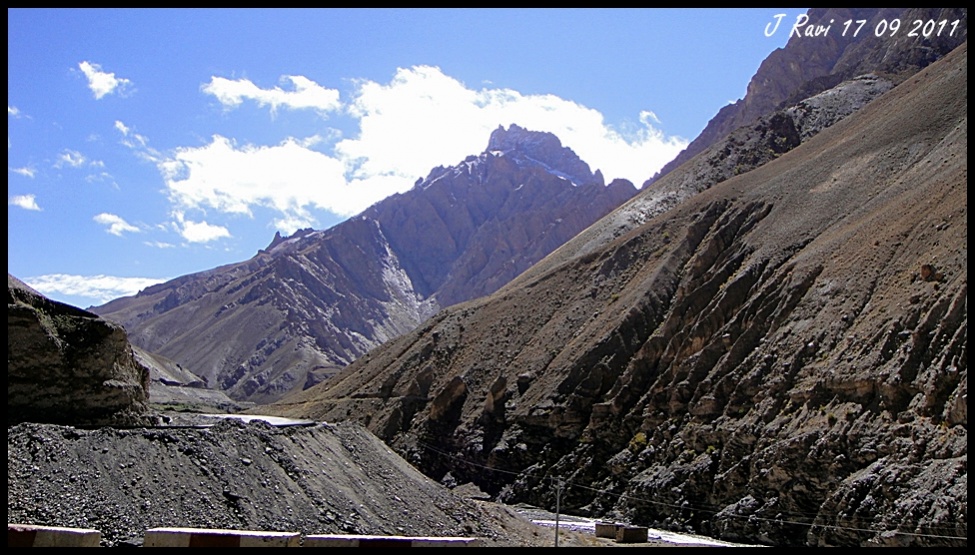 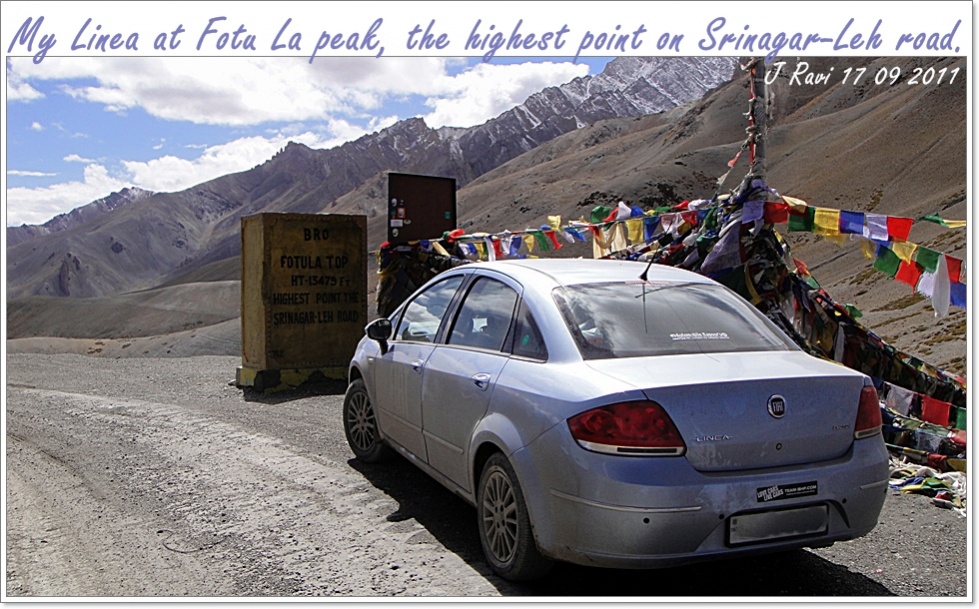 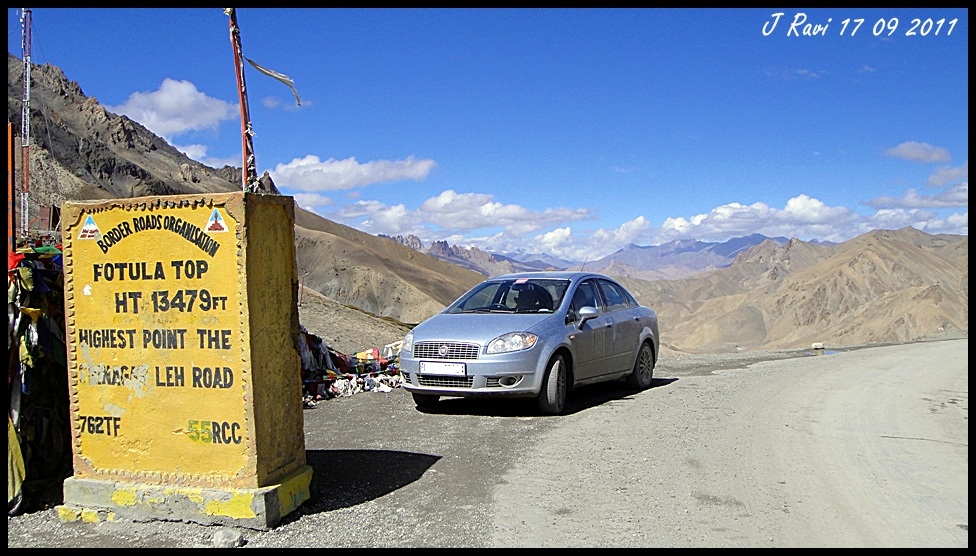 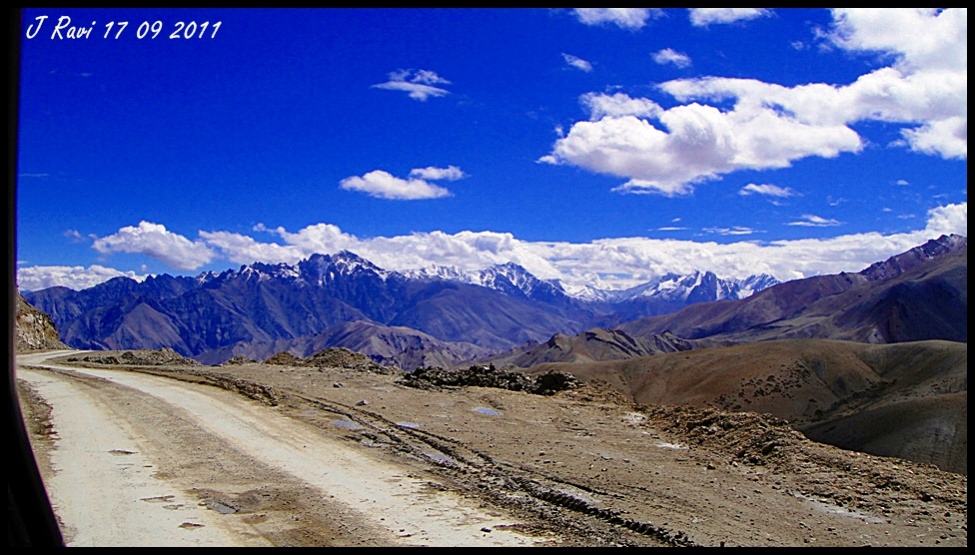 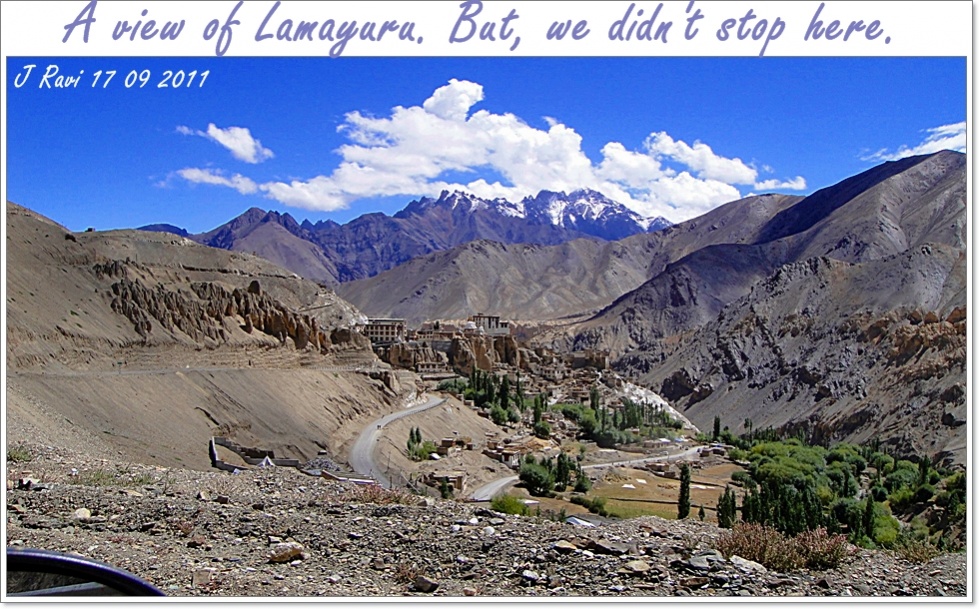 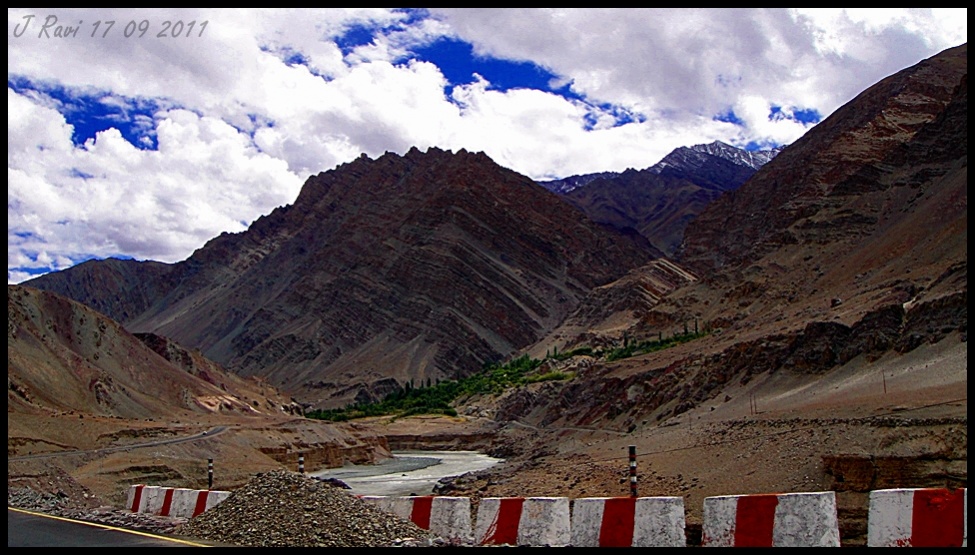 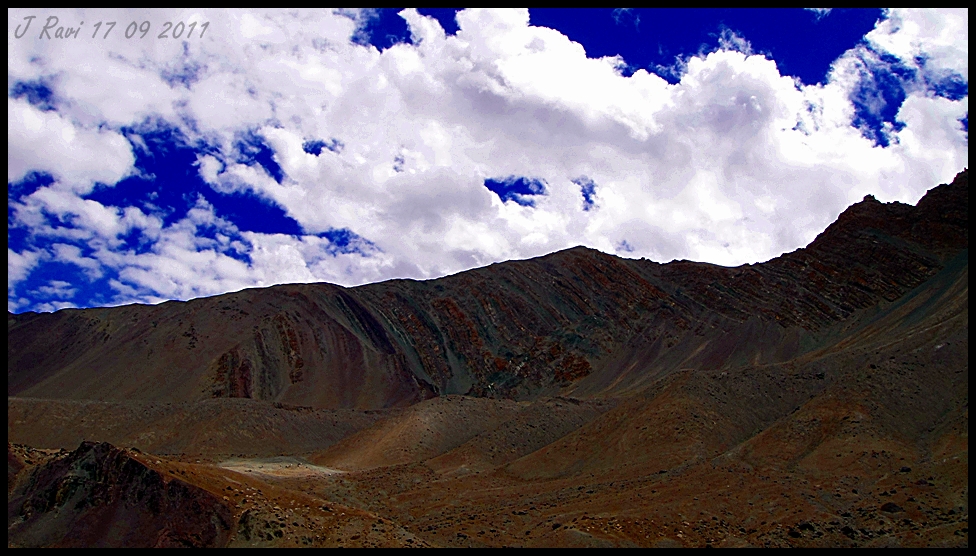 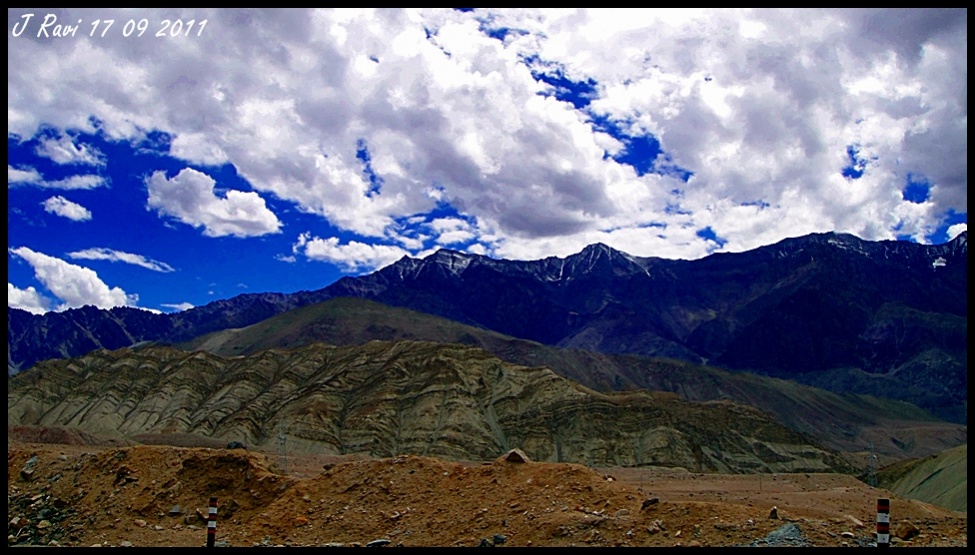 After many stoppages, wretched roads, traffic jams, my Linea took us to Leh at 2:30 pm, a torturous 8.5 hours drive from Kargil. The roads in Leh were as narrow as that of Zoji La! I could not find a parking slot on the Fort Road, where Padma Hotel & Guest House was located. I made two or three rounds in vain. Finally, I parked my Linea at Polo Grounds, near DC's office, took out the minimum luggage and walked to the hotel. Tsewang, the owner, was a kind man. He asked me, where did I park my car. When I told him, at Polo Grounds, he immediately arranged a secured parking at Hotel K'Ser, Fort Road, opposite to the cluster of guest houses including Padma Hotel. He volunteered to send Naresh with me for taking my Linea to Hotel K'Ser. So, after unpacking and wash, I went to Polo Grounds with Naresh, drove my Linea to Hotel K'Ser and parked her at the secured car parking lot. Naresh commented that my Linea looked very dirty. So, I asked him to wash my Linea the next day evening. 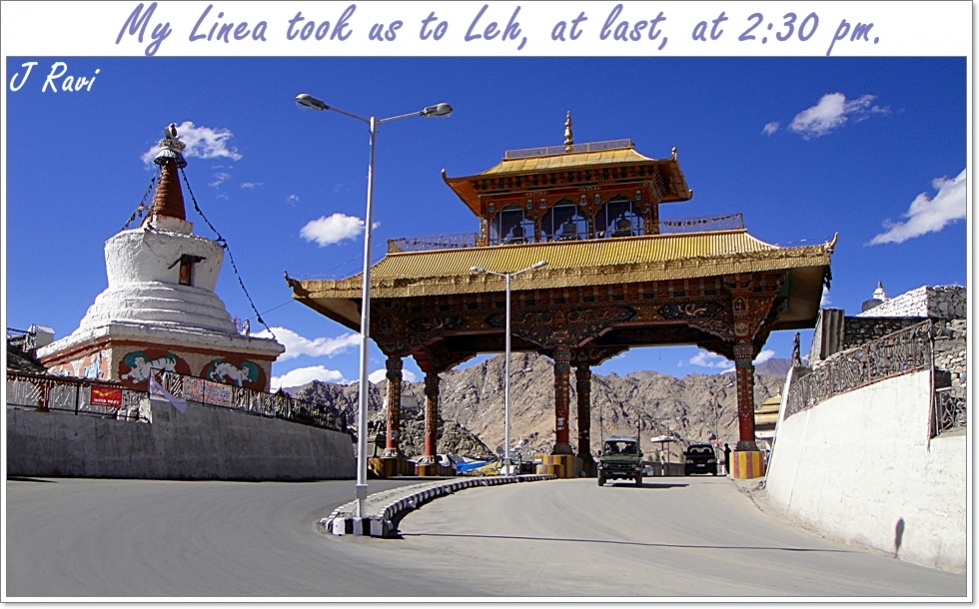 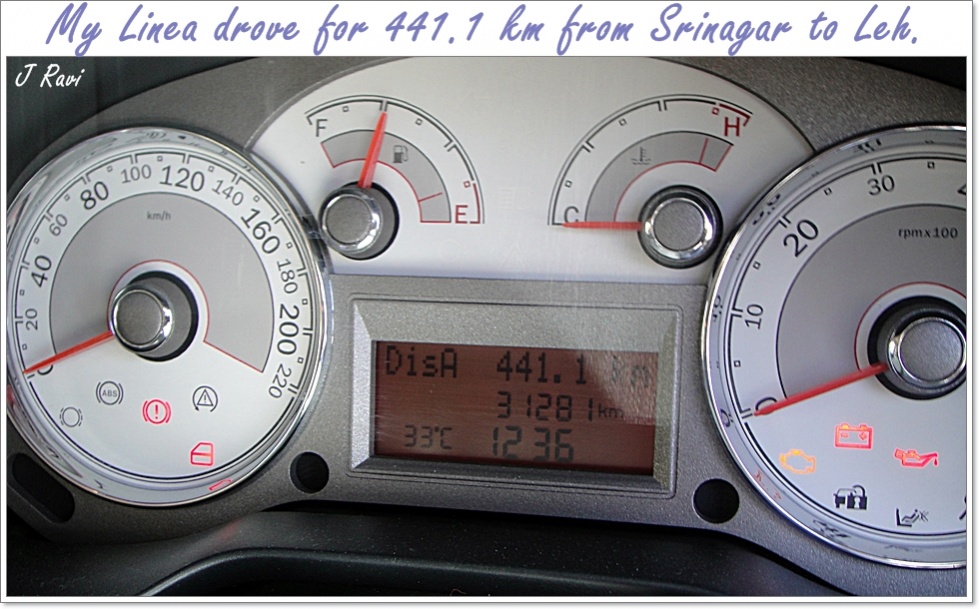 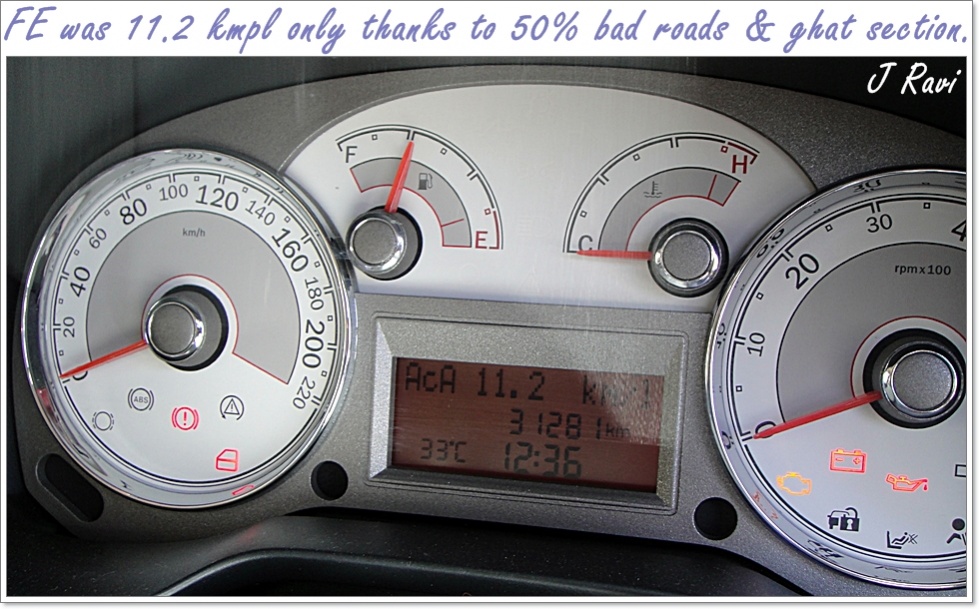 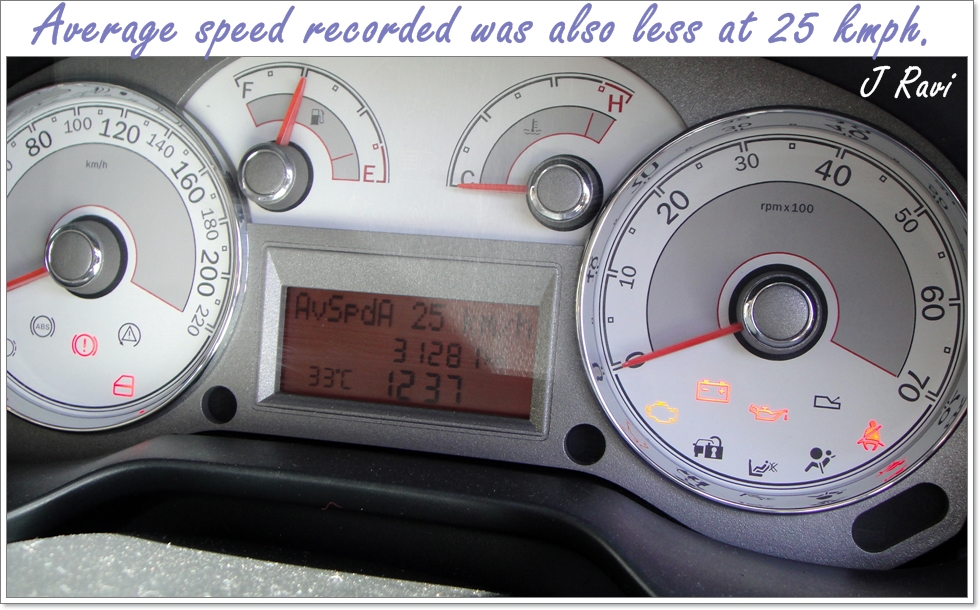 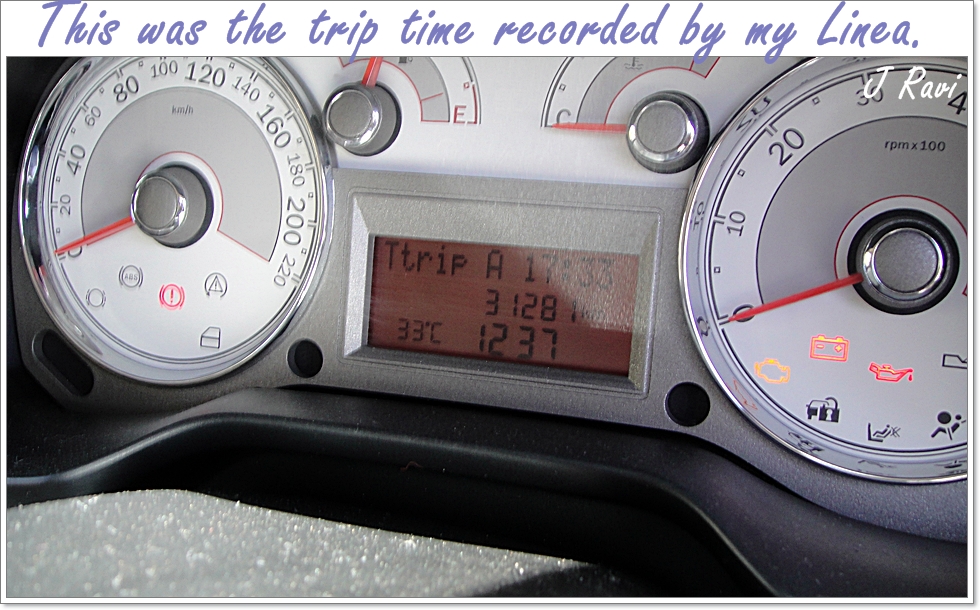 We spent the rest of the day in acclimatising and resting.

The zozila and rohtang are nemesis of all the travellers to the mecca of adventurerers. Rain or no rain zozila is equally challenging. Glad you crossed it safely.
T

excellent updates sir!
its was great to meet you on your way down from K-top

Seeing more and more pics of your Linea on those roads, I'm motivated to take either my Grande Punto or my Linea to these places.

Lovely set of pictures, especially the Fotu La one with Linea showing off its broad grinning grill