"Life is a Limited Company with Unlimited Dreams"

This quote best describes the travelling dreams of me and wifey Fortnight full of adventurous biking in and around Leh, visiting monasteries, lakes, passes ; making some new friends ; acquiring a different perspective towards life ! 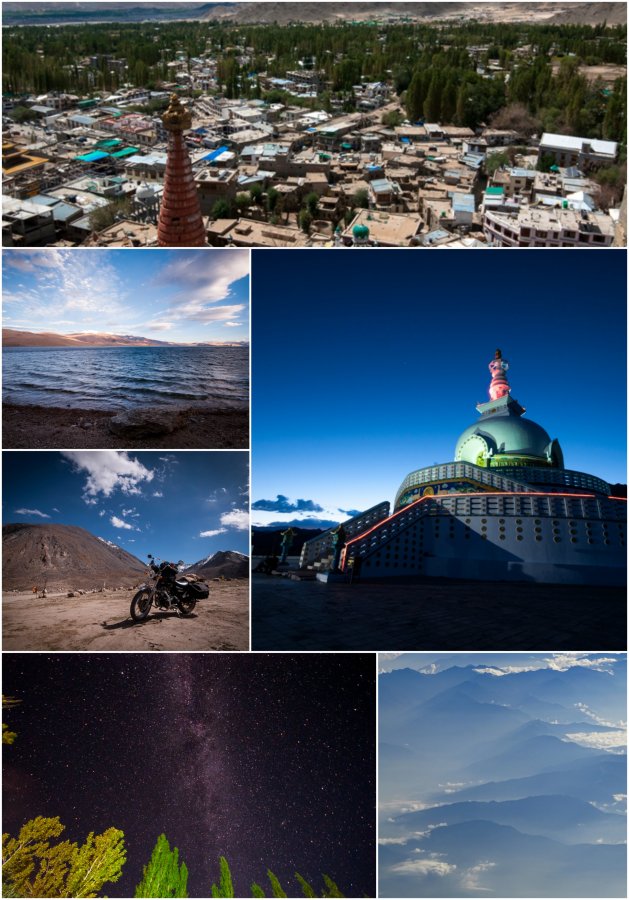 Plans for this trip started in an unexpected way ! I had applied for leaves for about a week for visiting my hometown. Just a few days before leaving for hometown, my leaves got cancelled. I was told I could work from home (that's definitely not the same as relaxing at home on leave !).

That day I came home from office pretty mad and the moment I entered my house, my first words to wifey were "Book the flight tickets to Leh". Her response : "What !! When ?". We did not book it right then, but after some discussions on how time will keep flying away while we keep planning for Leh, we booked the flights from Bangalore to Delhi and then Delhi to Leh round-trip. (5th Sep - 19th Sep).

Once this major step was taken, hunt for a few things to be bought started (oh, and the leaves for this trip were properly secured way beforehand !) Got a pair of knee guards for wifey and a tank bank (Rynox Optimus).

Out flight from Bangalore to Delhi was on 5th Sep 12.10 AM. We reached the airport well in time, luggage checked in, saddle bags functionality explained while checking in baggage and settled down for the Spice Jet boarding to begin. It turned out to be long wait....

First hint of trouble came when it was announced that the flight was delayed and will take off at 12.30 AM. Soon this time changed to 1.30 AM. I went to the Spice Jet counter and told them that we had a connecting flight from Delhi to Leh at 5.15 AM. They assured me that we will be able to catch the flight. Our baggage was given priority check in and we were also told that there will be someone from Spice Jet to escort us to the Go Air counter.

Flight landed at Delhi at 4.20 AM. We rushed to the Spice Jet counter to see not a single soul in sight. Then with all luggage, we ran pell-mell from terminal 1C to 1D. On reaching the Go Air counter, we were told that it was impossible to board the 5.15 AM flight to Leh. We then went to the Spice Jet counter and told them that because of their delayed flight, we were now unable to board the connecting to Leh.

After hawing about how he was helpless, the duty manager spoke to the Go Air guys, and finally we were asked to board the 6.30 AM flight to Leh. 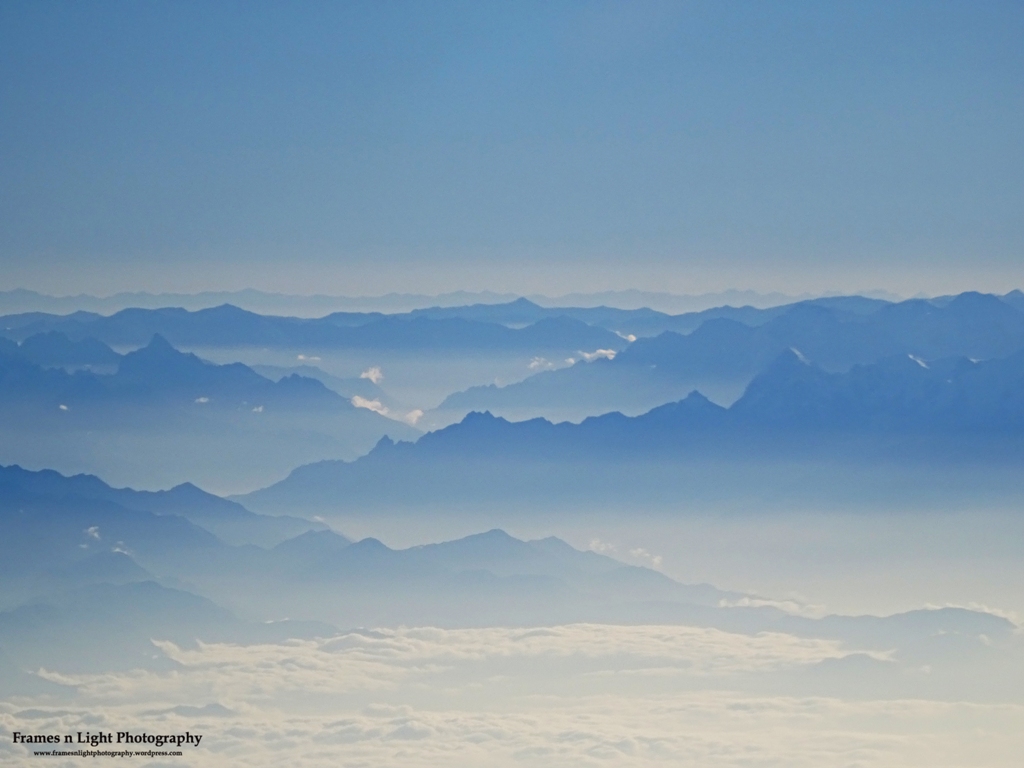 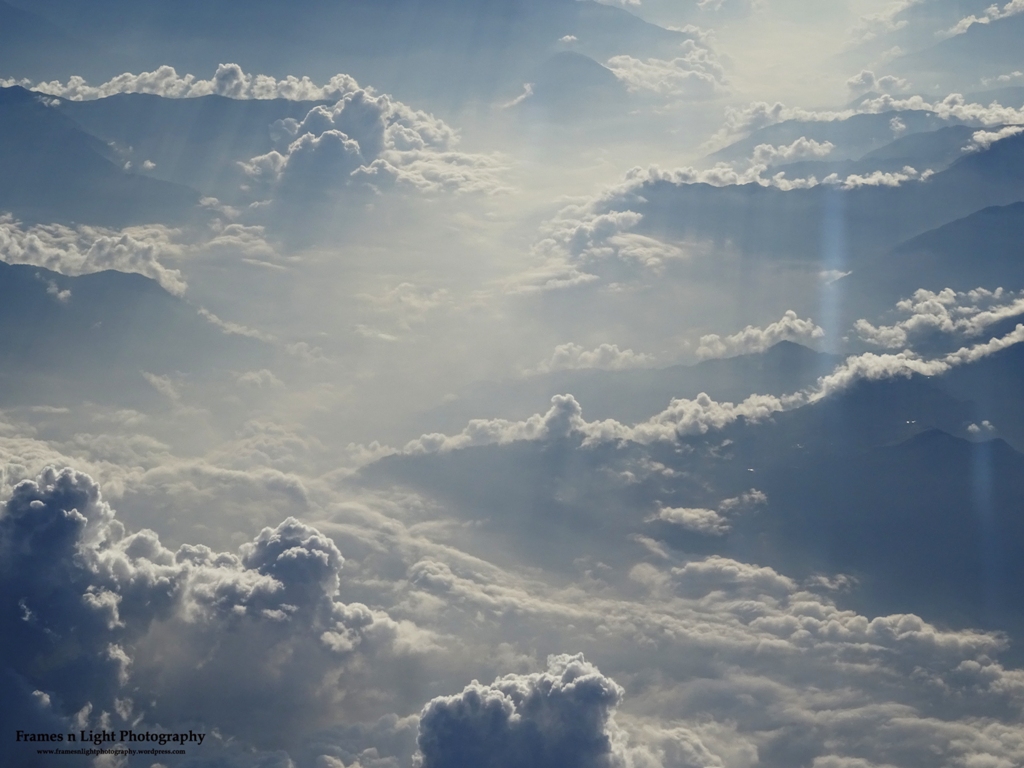 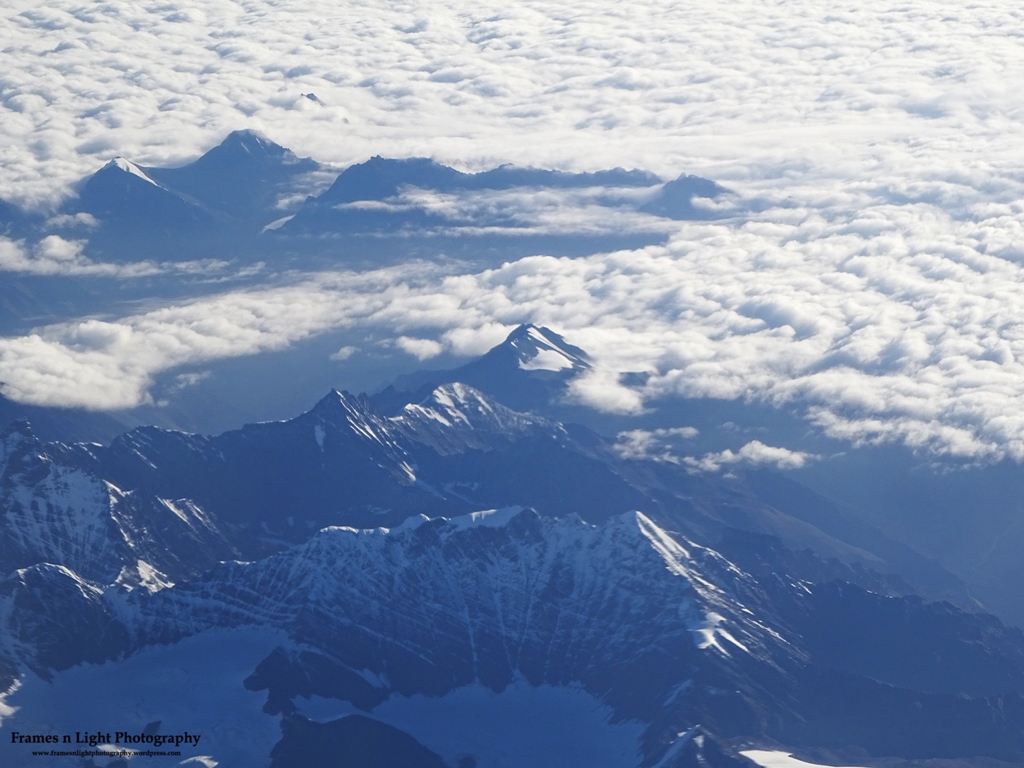 And a short video :

After landing at Leh airport at around 7.30 AM, we came out and boarded the cab waiting to take us to the homestay. We stayed at 'Gotal Guest House' , near to the Shanti Stupa and hardly a 5 mins walk to the market.
We entered and were greeted by a vast vegetable and flower garden ! Its no small feat to maintain just a vast garden in Leh. We were then greeted by Nyamgyal bhaiya and taken to our room, which had an awesome view of mountains with snow covered peaks.

Bhaiya offered to take the luggage upstairs to our room, but I said I can manage. Little did I realise what an effort it takes to climb up a flight of stairs at high altitude ! I was winded by the time I reached the room!

We freshened up, had breakfast and then collapsed for a few hours sleep. Got up around 3.30 - 4 PM and went out to take a stroll around and grab something to eat.

Here are the views from the homestay ! 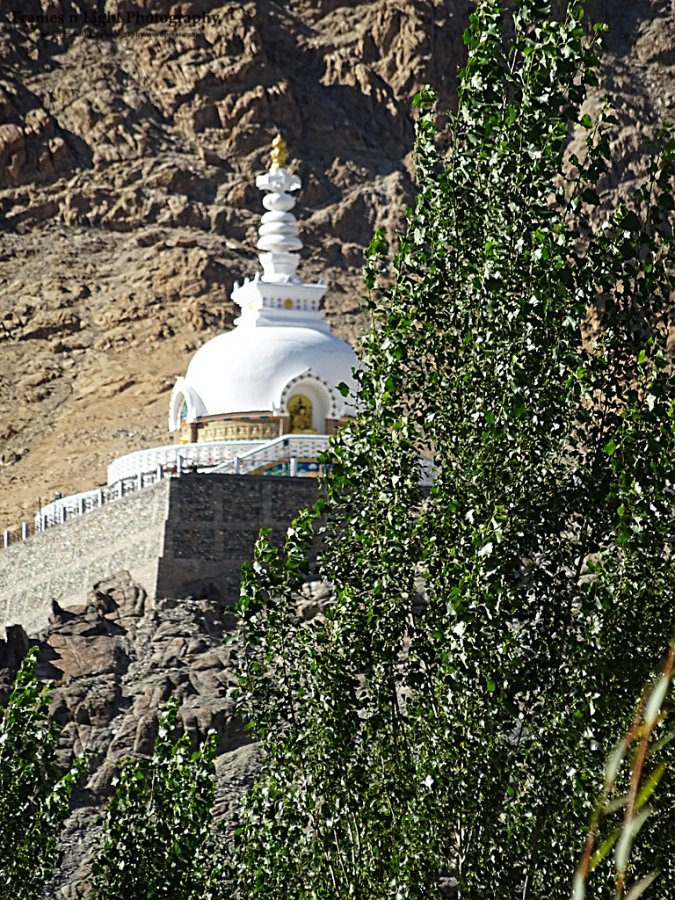 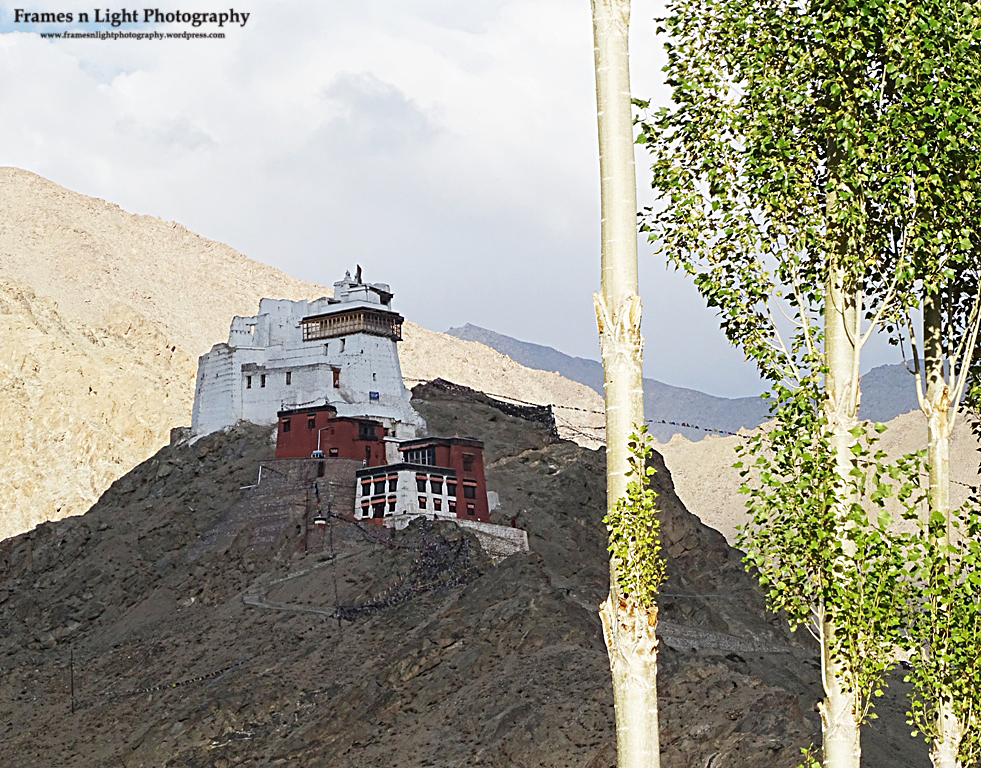 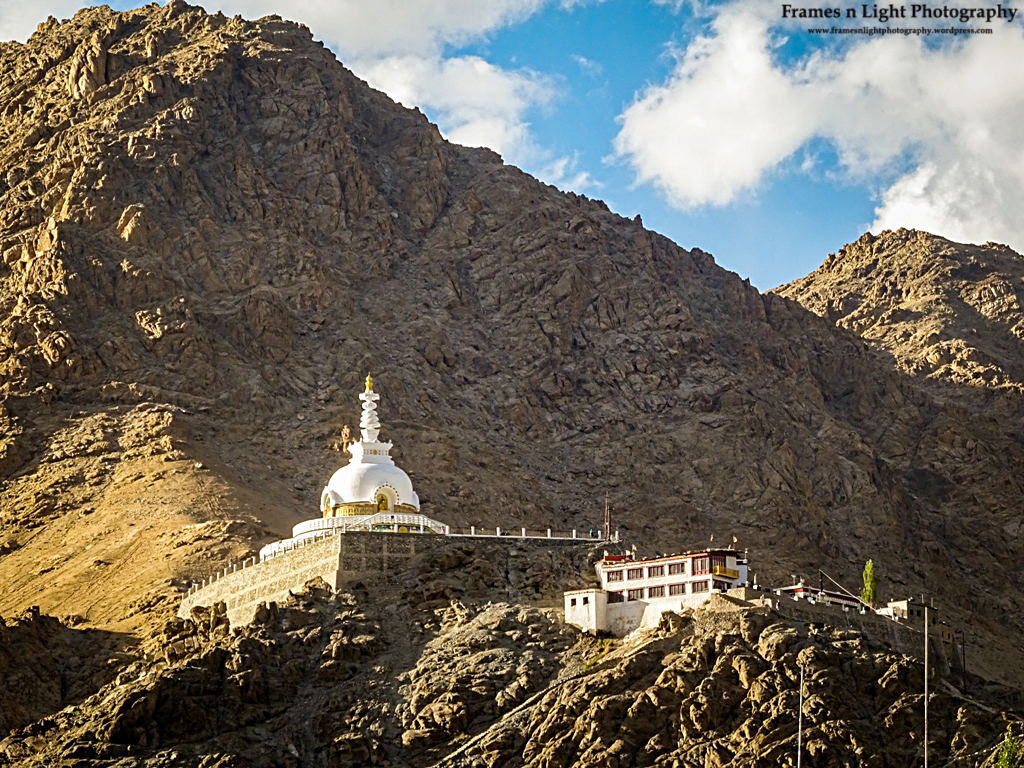 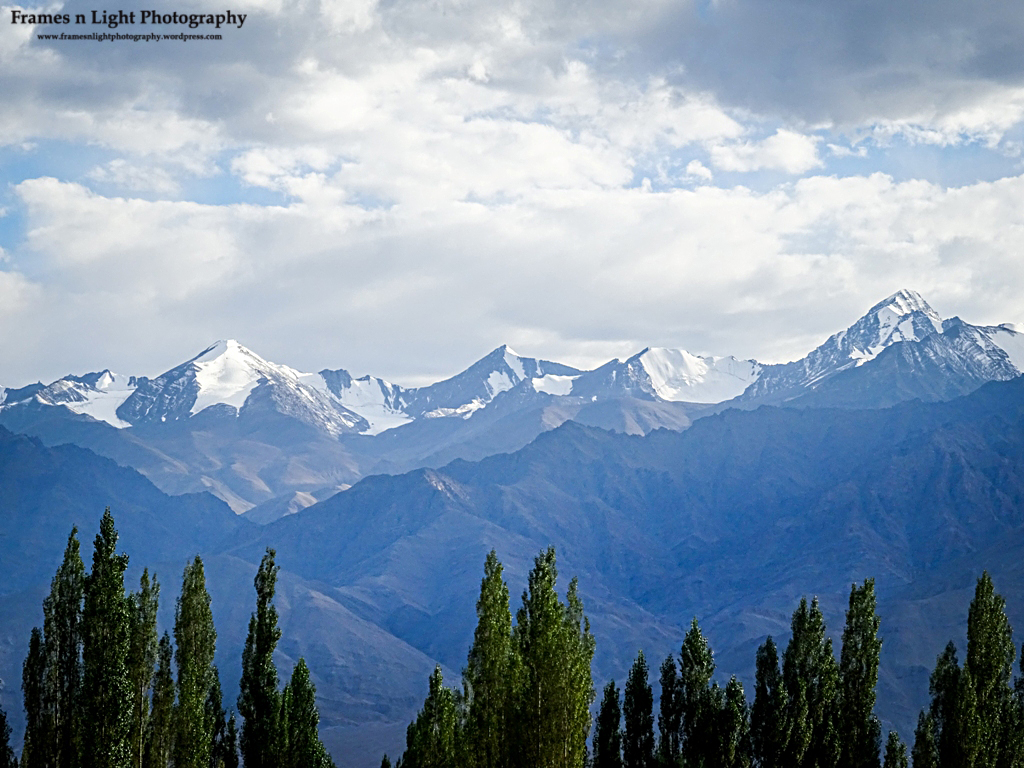 Next day, I got up early to capture the sun rays on the mountaintops: 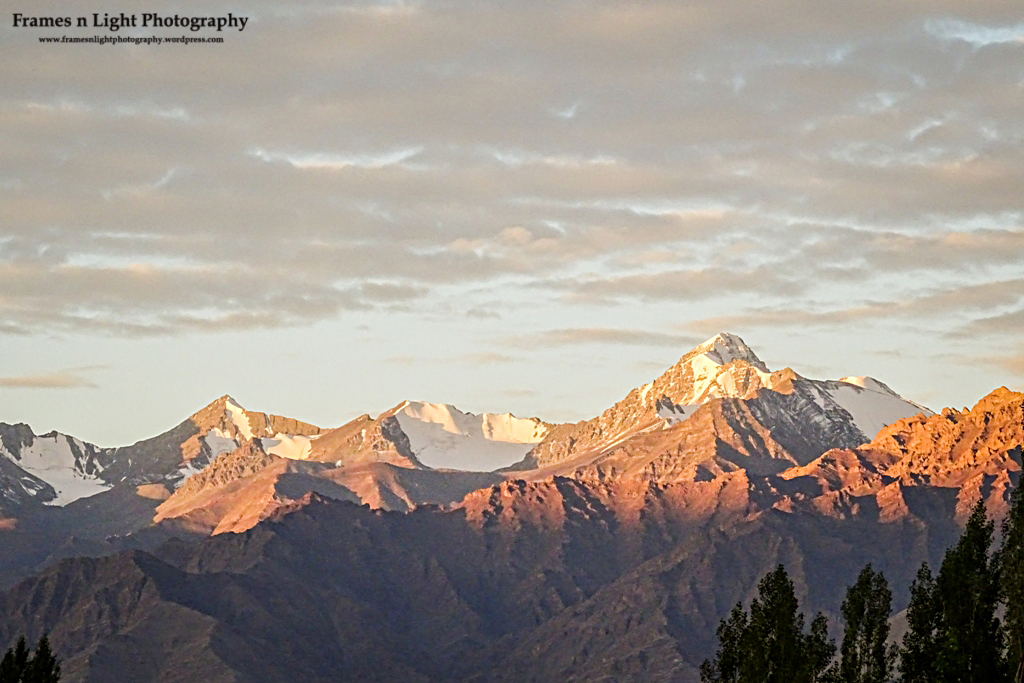 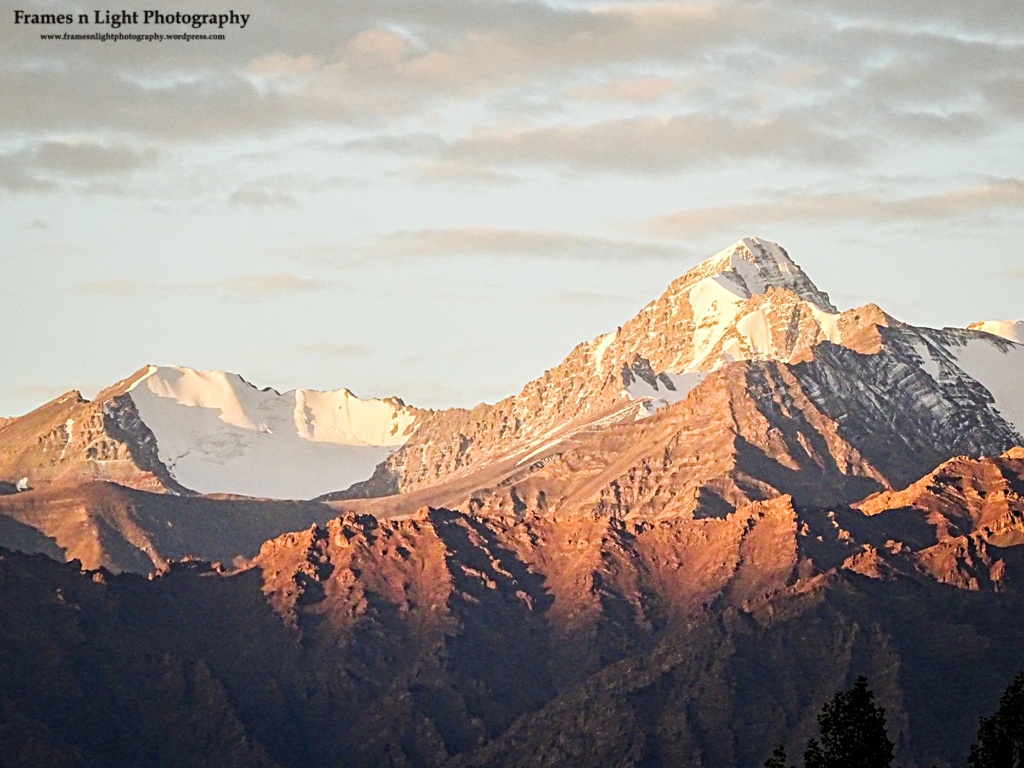 After breakfast, we went out to first get a bike on rent. After checking a few bike rentals, we took a Thunderbird 350 from Greater Ladakh Tours and Travels. The proprietor, Mr Phunshuk, himself takes groups out for bike trips. A very genuine person and his bikes are well maintained. We also learnt that we will need Inner Line permits to visit Nubra, Pangong Tso and Tso Moriri.

After getting this major thing done, we went to visit the Leh Palace and then Shanti Stupa. Let the videos and pics do the talking now

A Glimpse of the Leh Palace:


And a few pics in and around Leh: 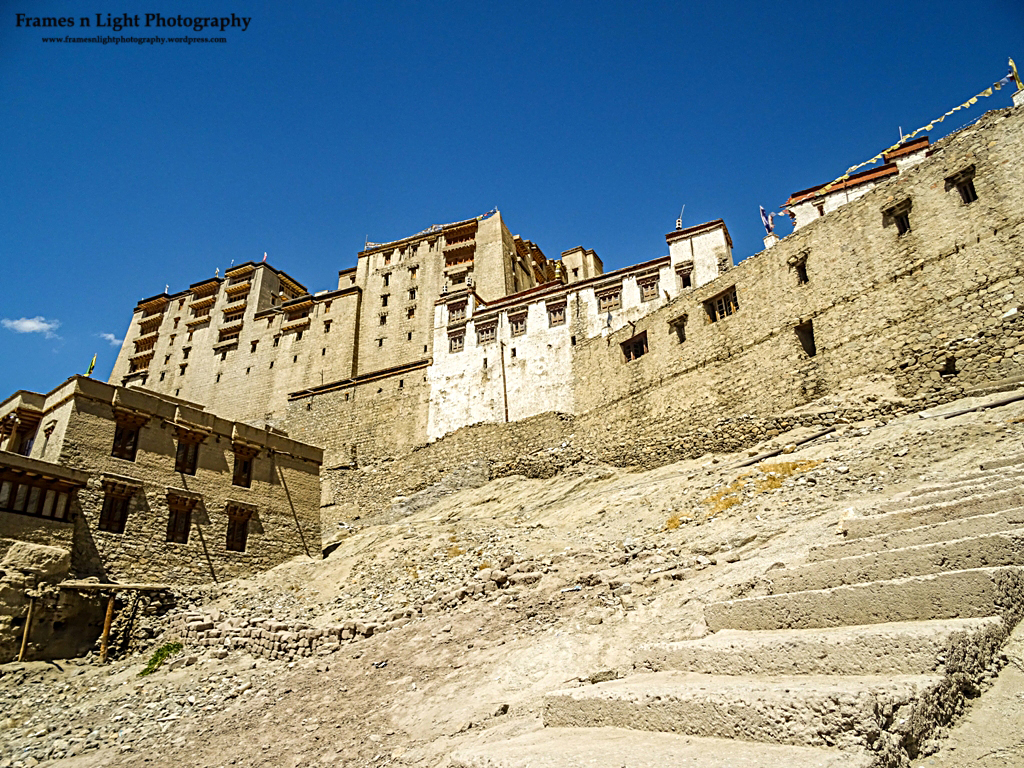 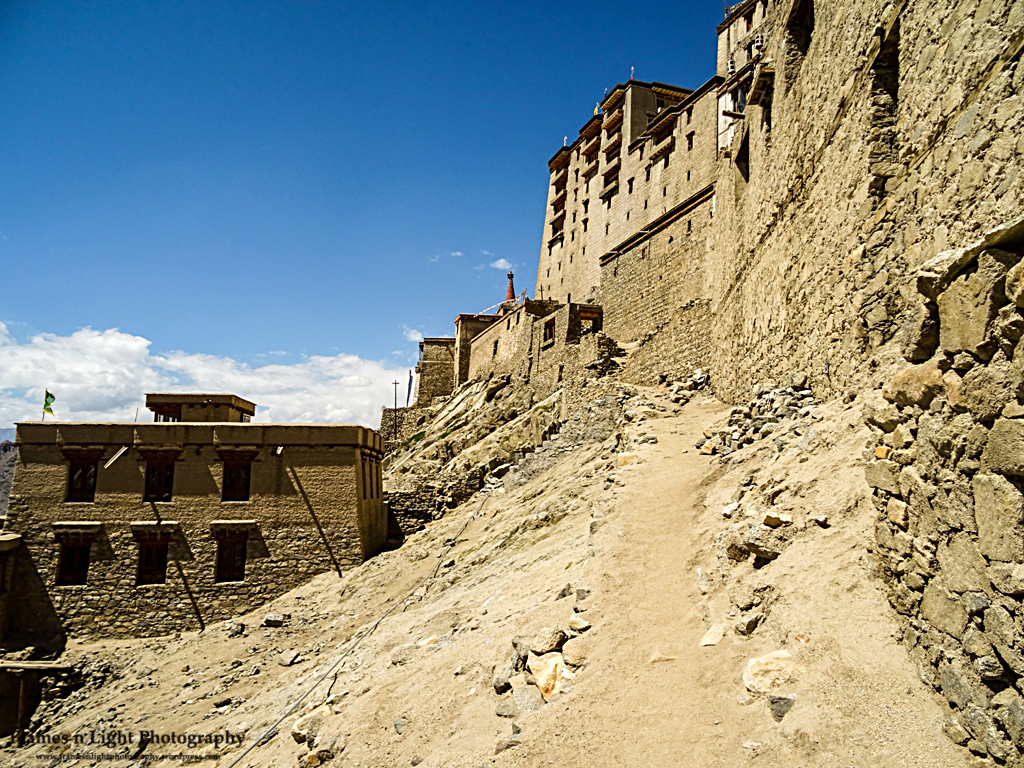 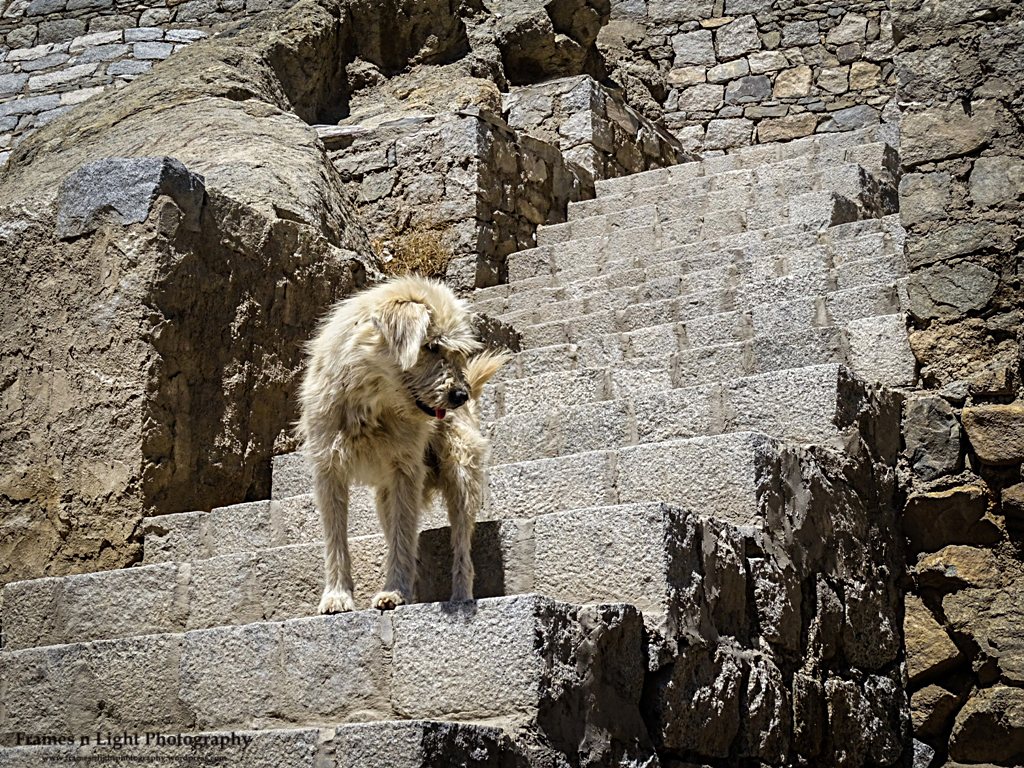 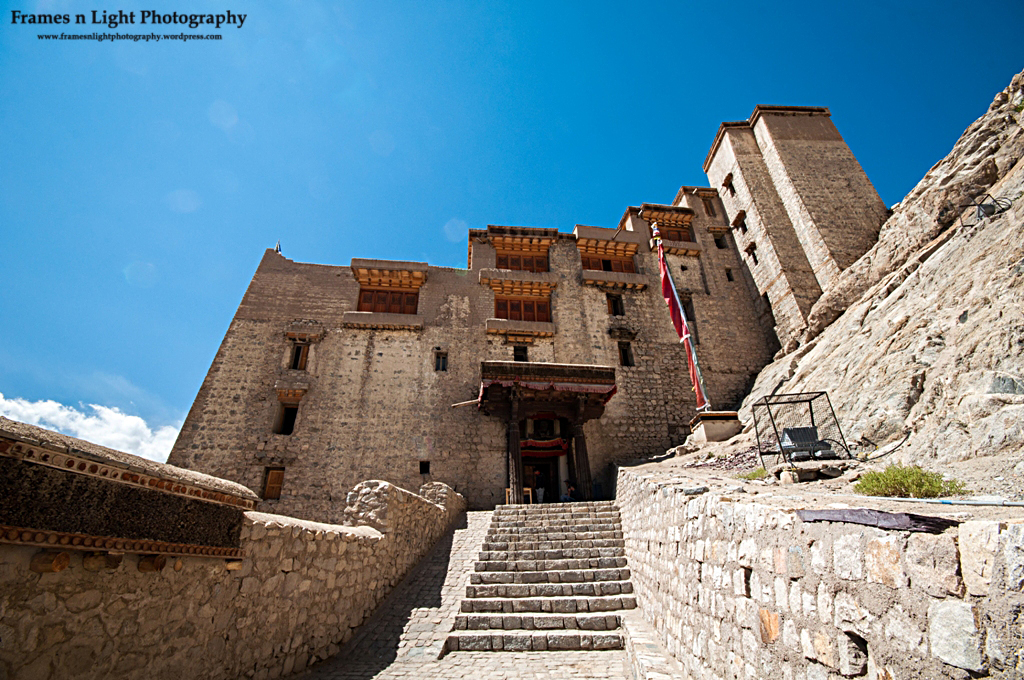 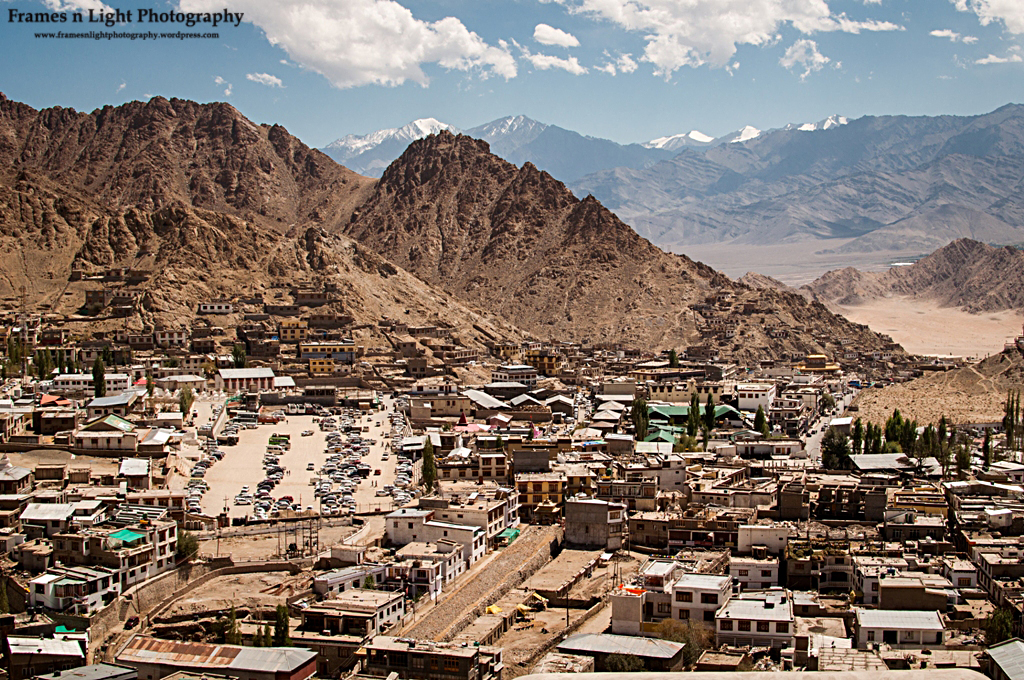 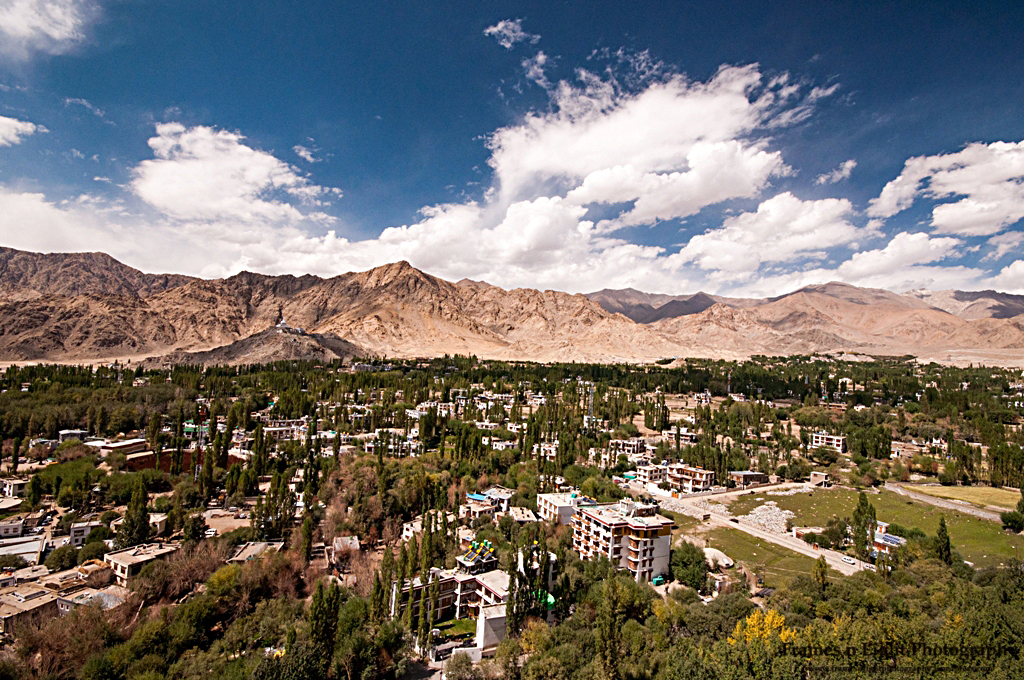 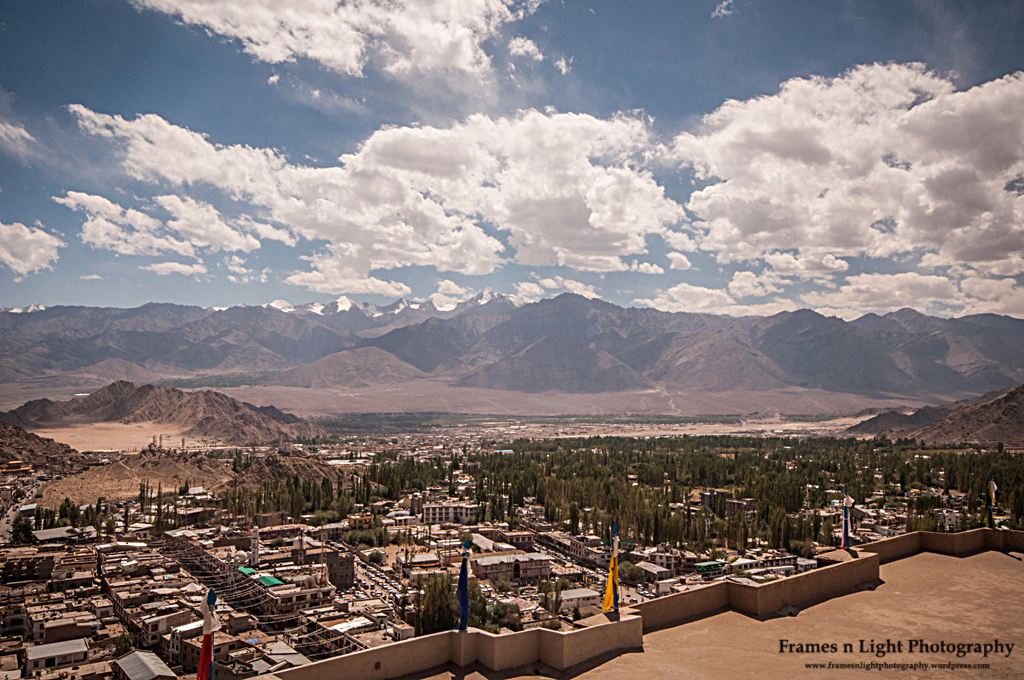 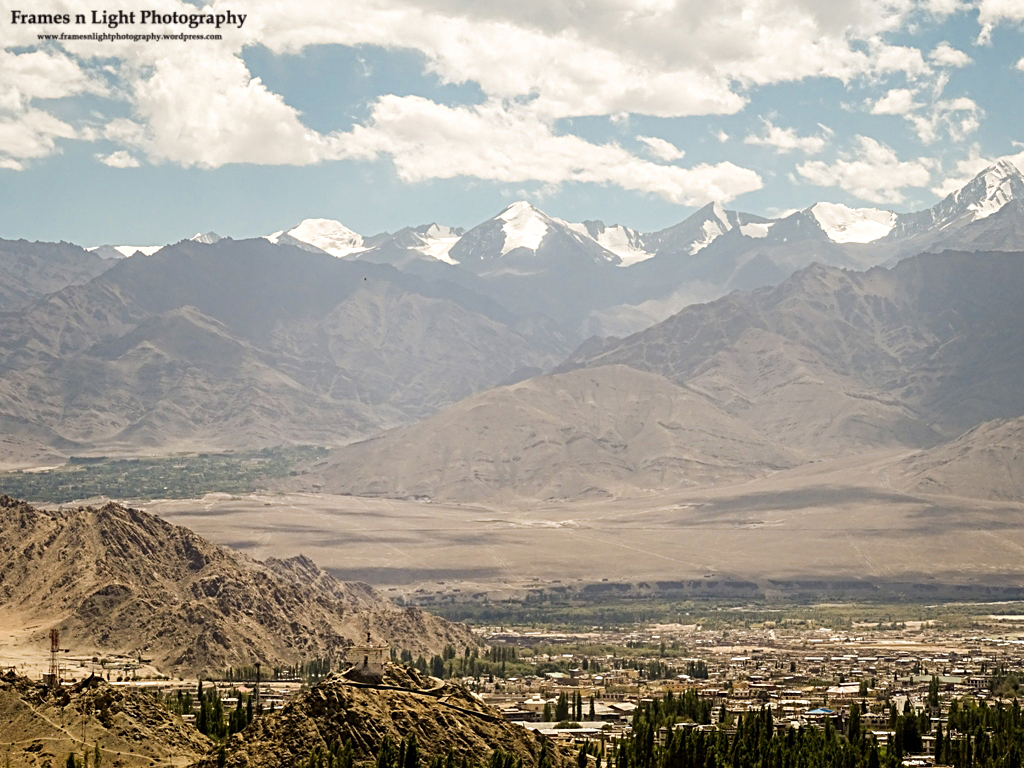 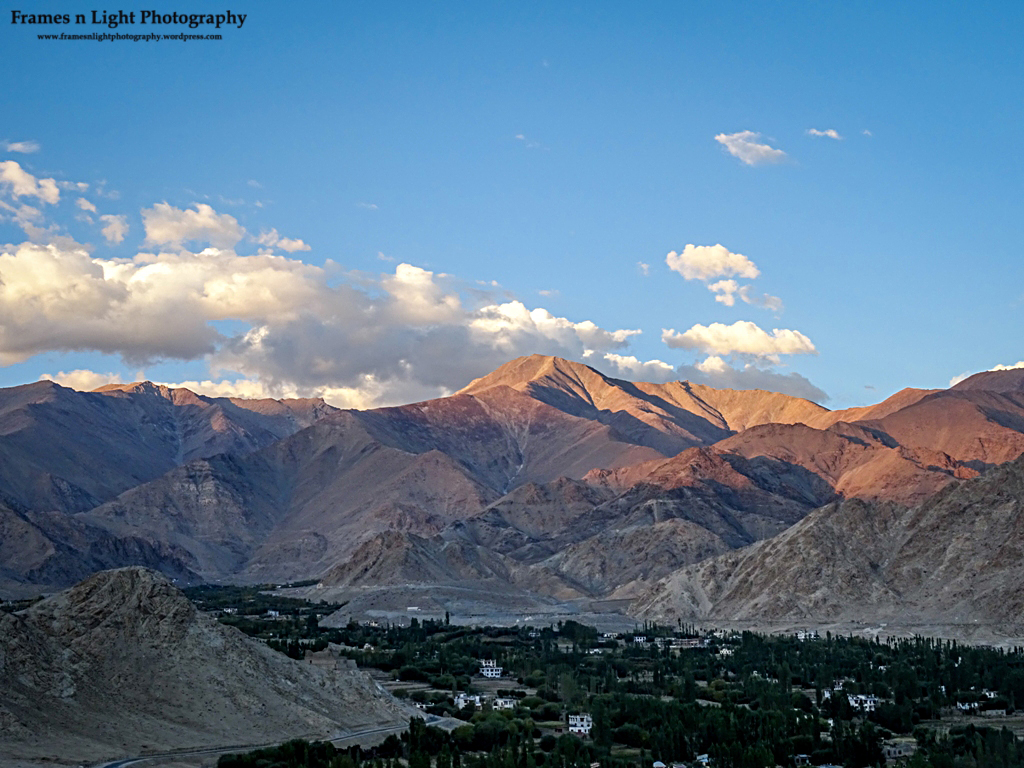 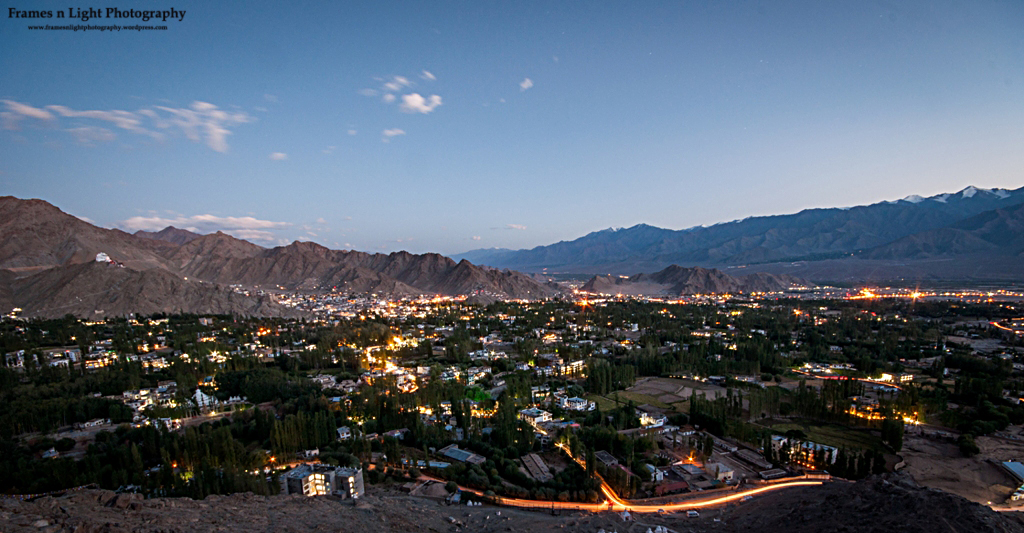 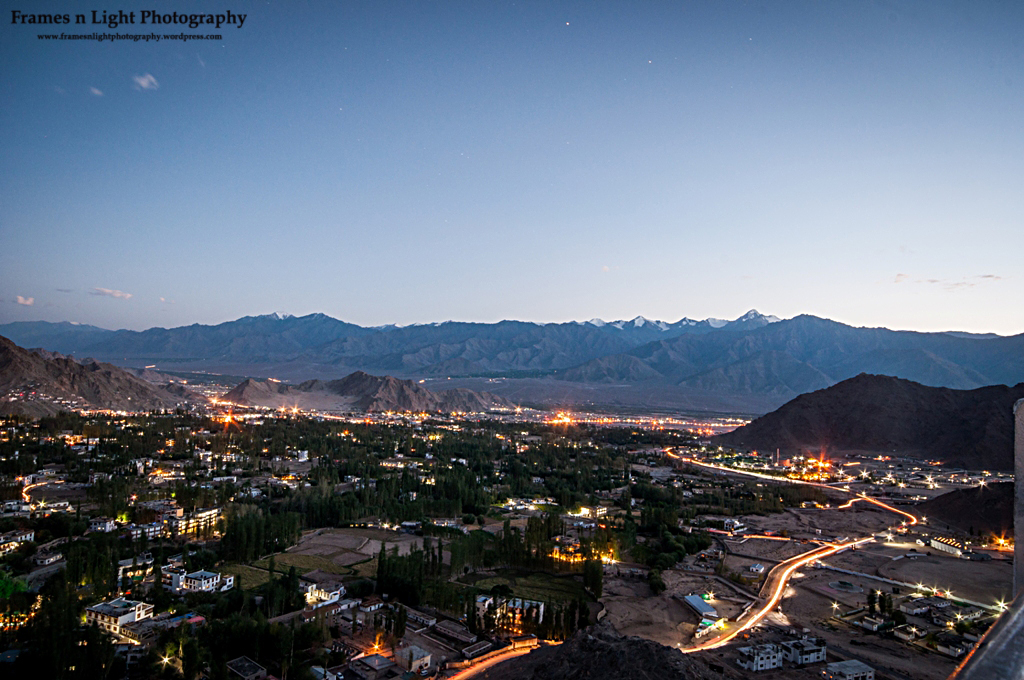