Lohagad Monsoon Trek - A must do! (Photolog)

Lohagad Monsoon Trek - A must do! 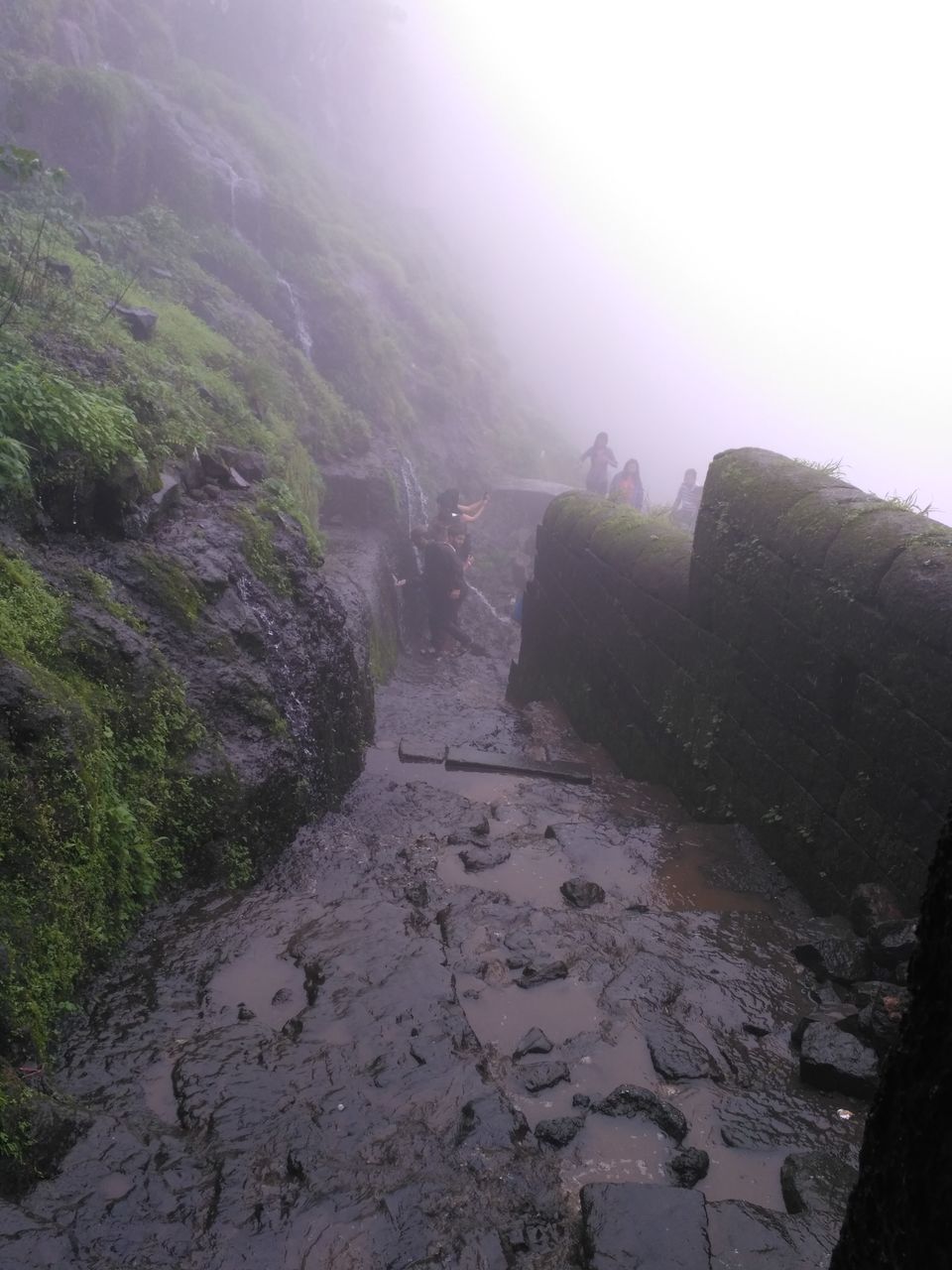 Lohagad is located near a small village called Malavli which is close to Lonavala. The distance from Thane is 110 kms. Lohagad fort trek is considered to be one of the easy treks. One can drive till the base of the fort from where it takes 20 minutes to reach the top. 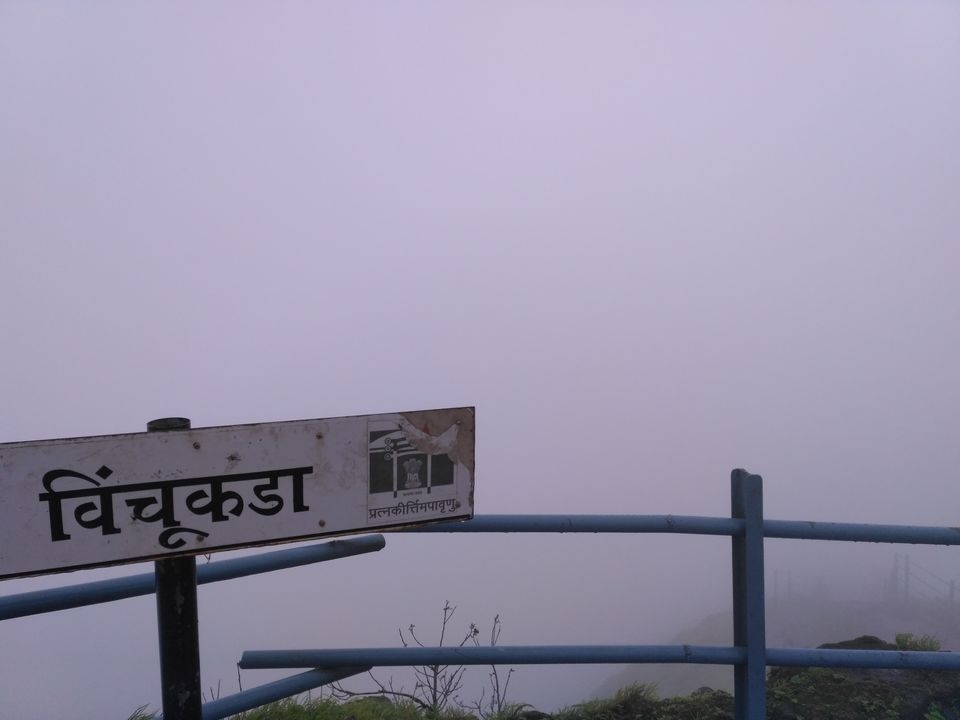 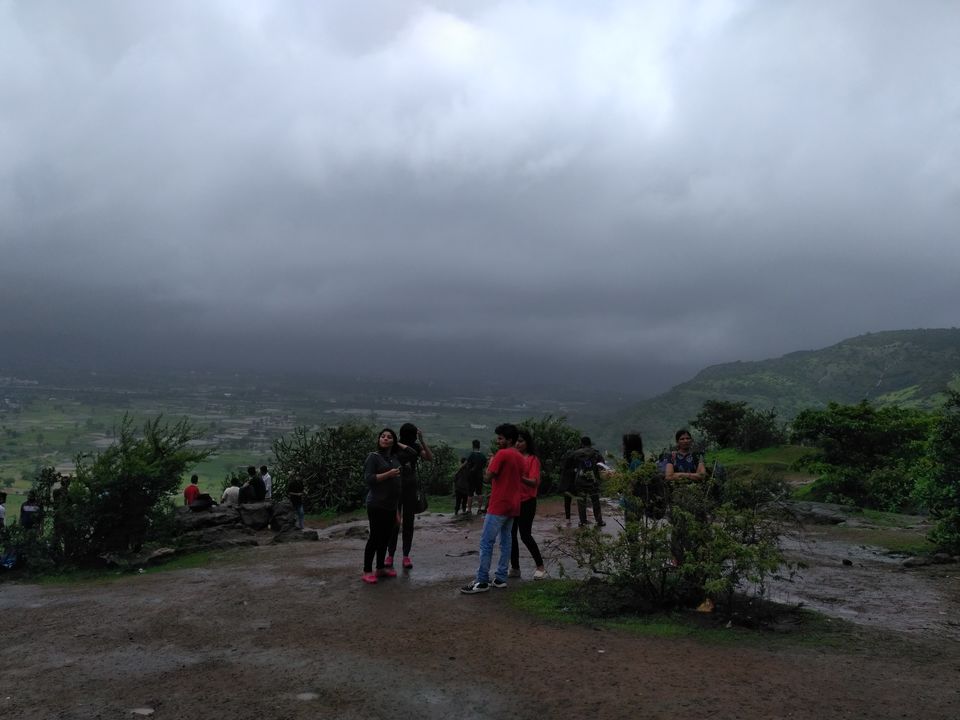 On the way to the fort
We parked the vehicle some 3 kms from the fort. At the main parking area, it is handled by one guy who demands Rs. 100 and one has to handover the key to him. We decided to park elsewhere and found a place outside a house. They charged Rs. 50 for the entire day. This chowk (area) was somewhere near the Bhaja Caves (Buddist caves). Started the hike after having breakfast of Misal Pav, Vada Pav and Tea. Our target was Lohagad fort so we skipped Bhaja caves which was to our left. The hike is from the road to the fort so a lot of vehicles was passing which was quite irritating as they were honking too much. 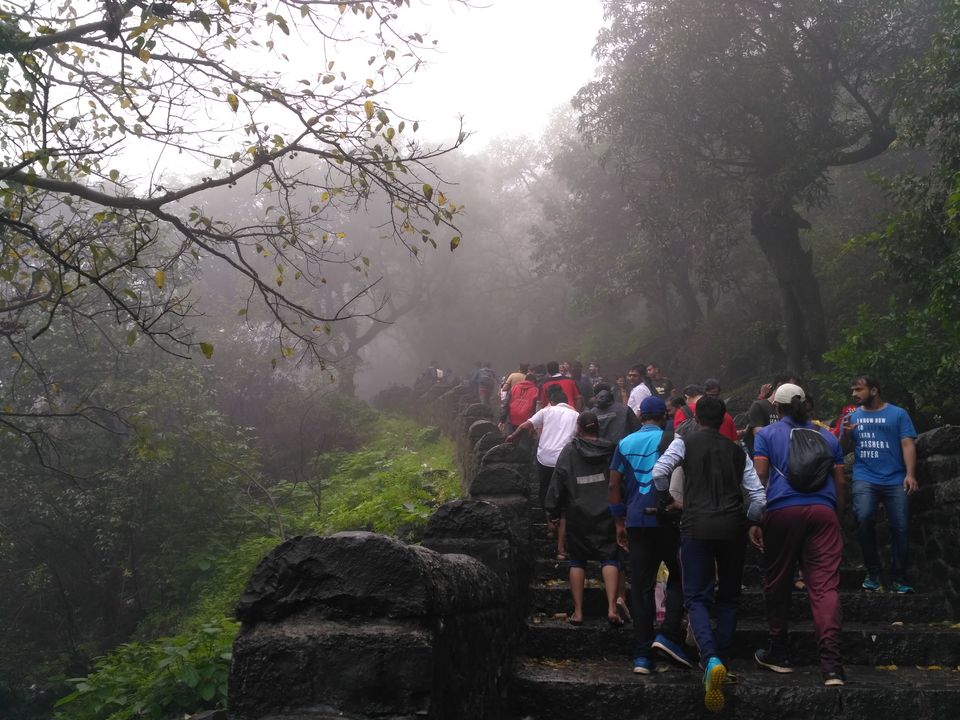 There are three doors which one will encounter on the way to the top i.e Ganesh Darwaja, Narayan Darwaja and Hanuman Darwaja. Water was flowing in full force on the steps as it was peak monsoon and it was raining heavily. There were no views of the surrounding area as the fort was hugged by low hanging rain clouds. It was quite wonderful experience for us as this was the first monsoon season outing for us. At few places, the passage was narrow so we had to be very careful as there was rush and also the steps were irregular. We took our time to reach the top of the fort and made it successfully after an hour or so. 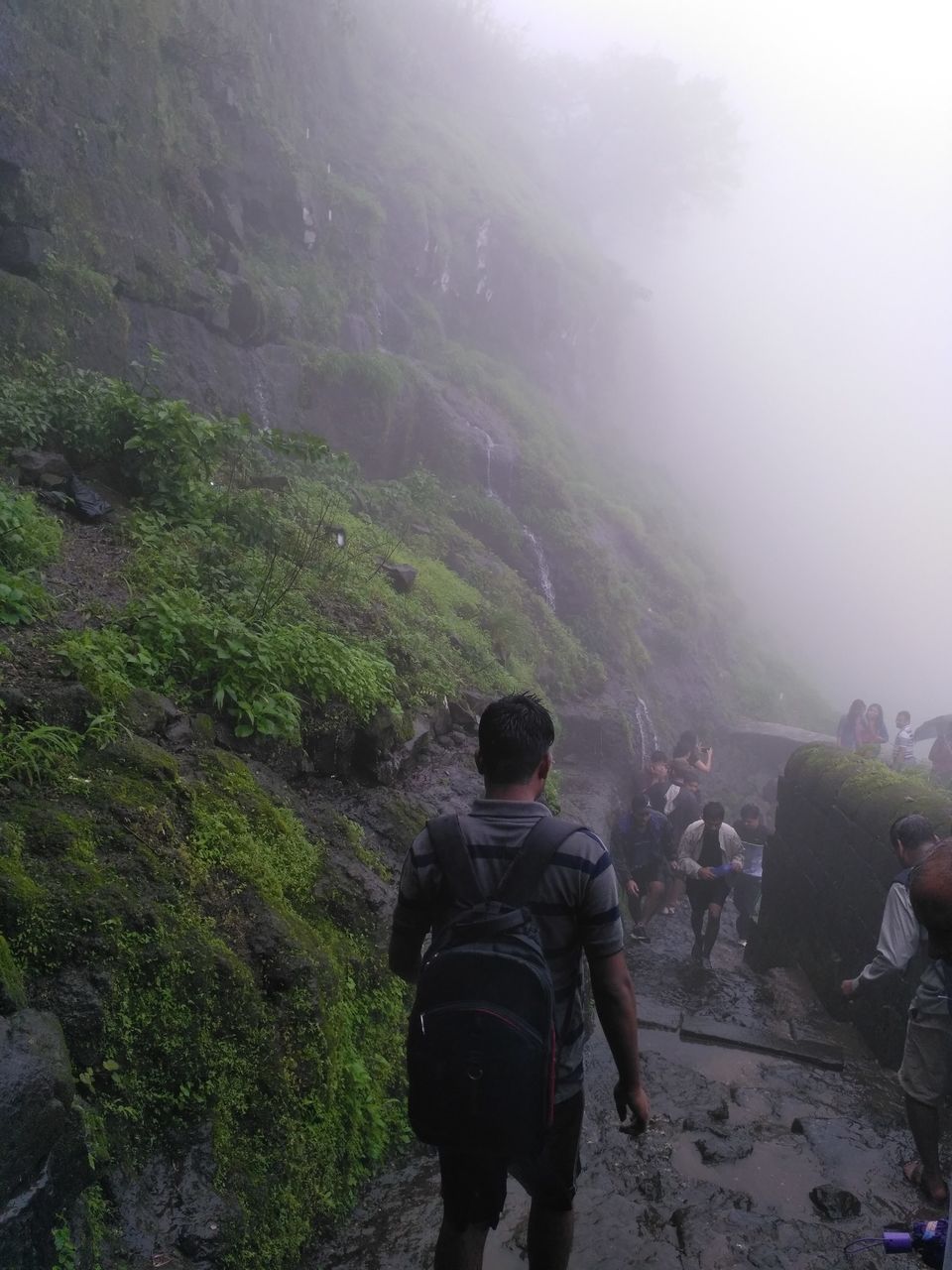 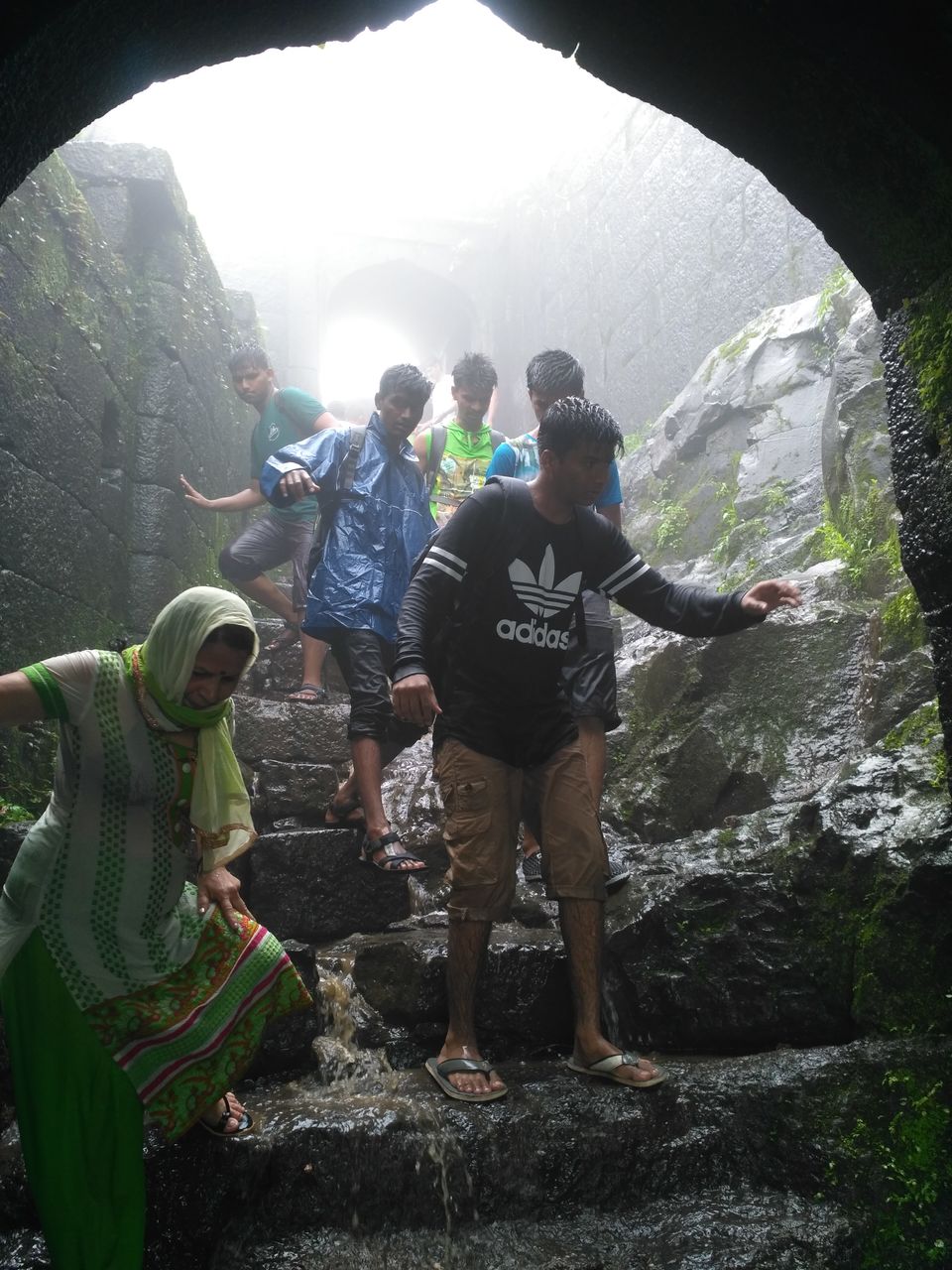 We were awestruck at the fog covered fort, heavy rains and extremely breezy. We felt as if we were in heaven. Then, we moved towards the left of the fort on the edge. It was quite scary as there were no rails to catch on and it looked like a free fall. We came across a beautiful little pond which was in the middle of the fort. The strong wind and rain continued to pound our windcheaters. We moved towards the Vinchoo kada (point). Vinchoo means scorpion in Marathi. The mountain extended like a scorpion’s tail so the name. 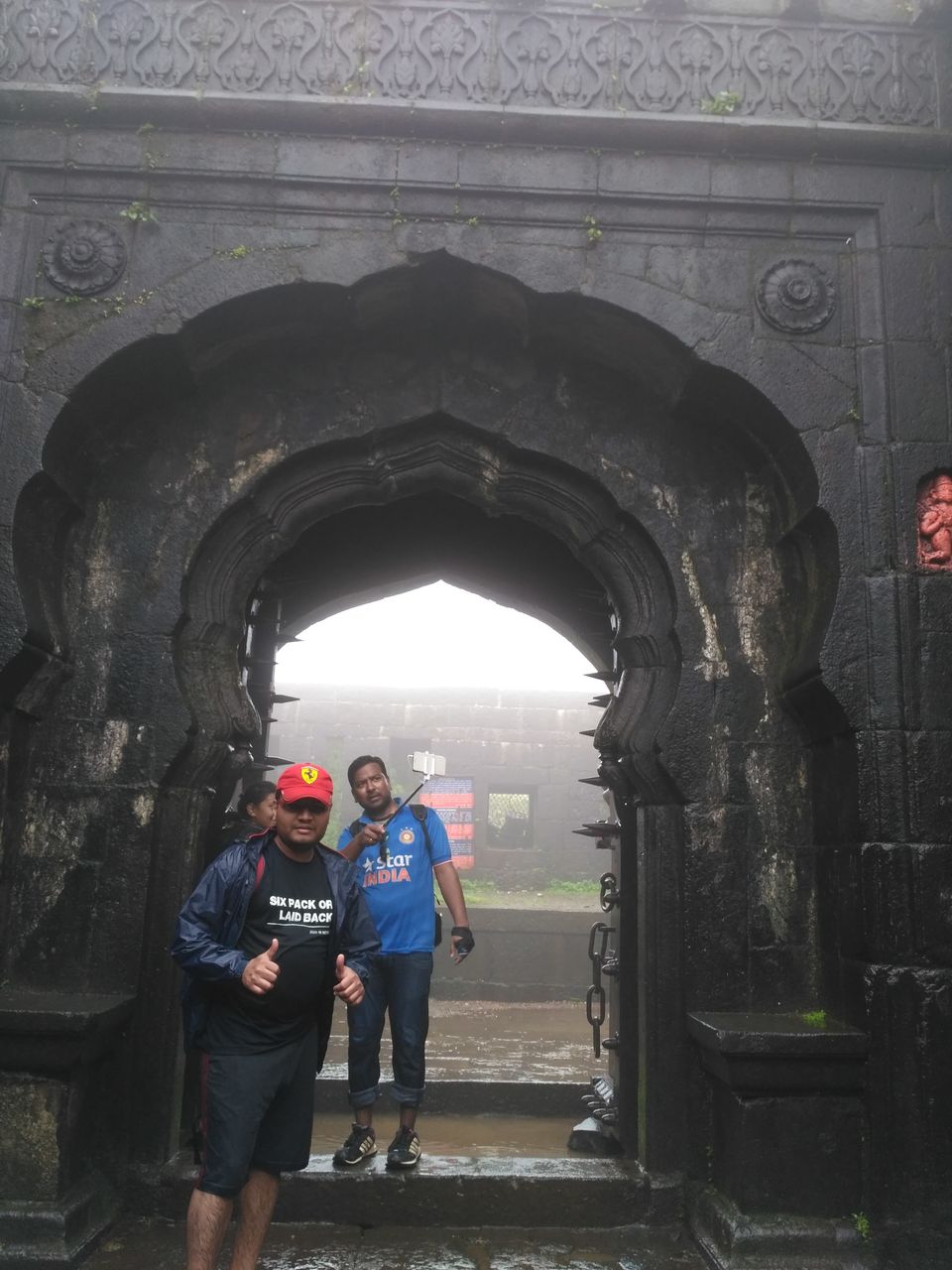 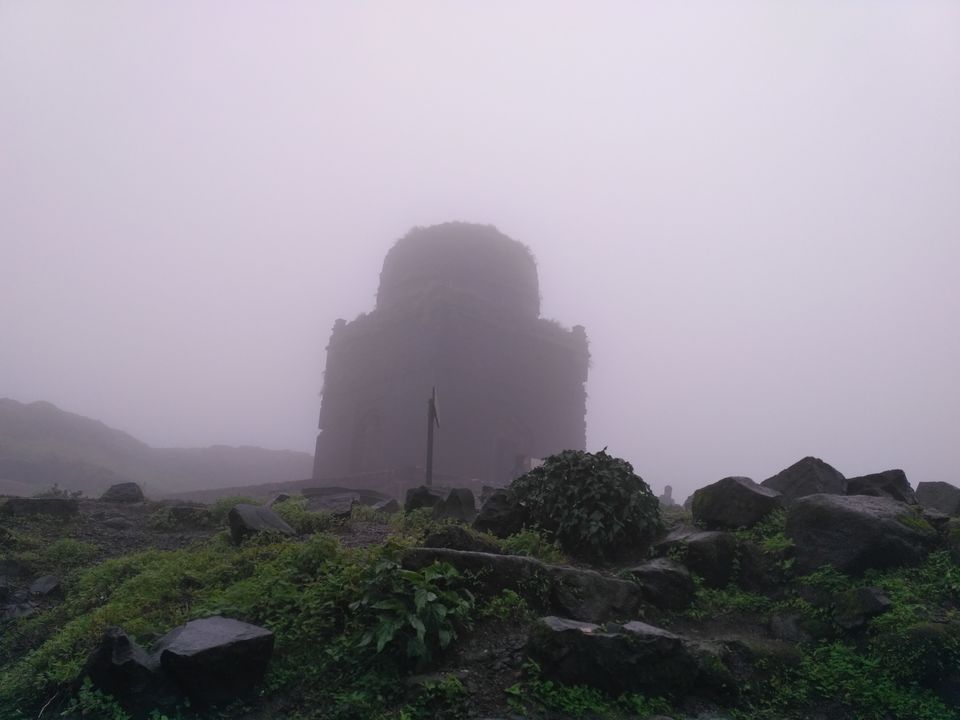 A tomb at the top 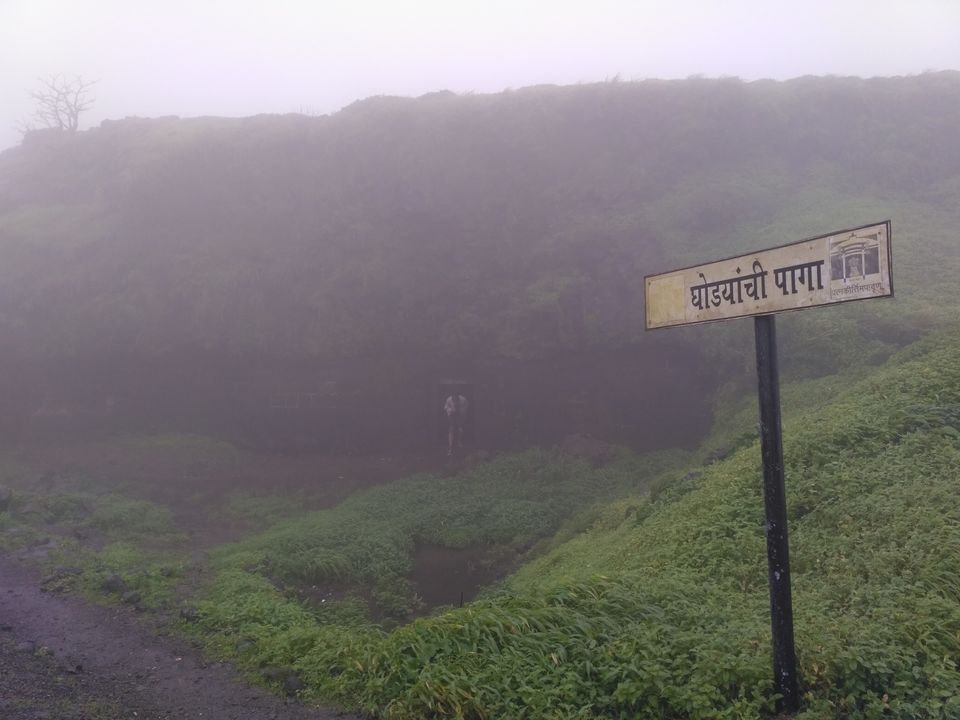 Place to park the Horses 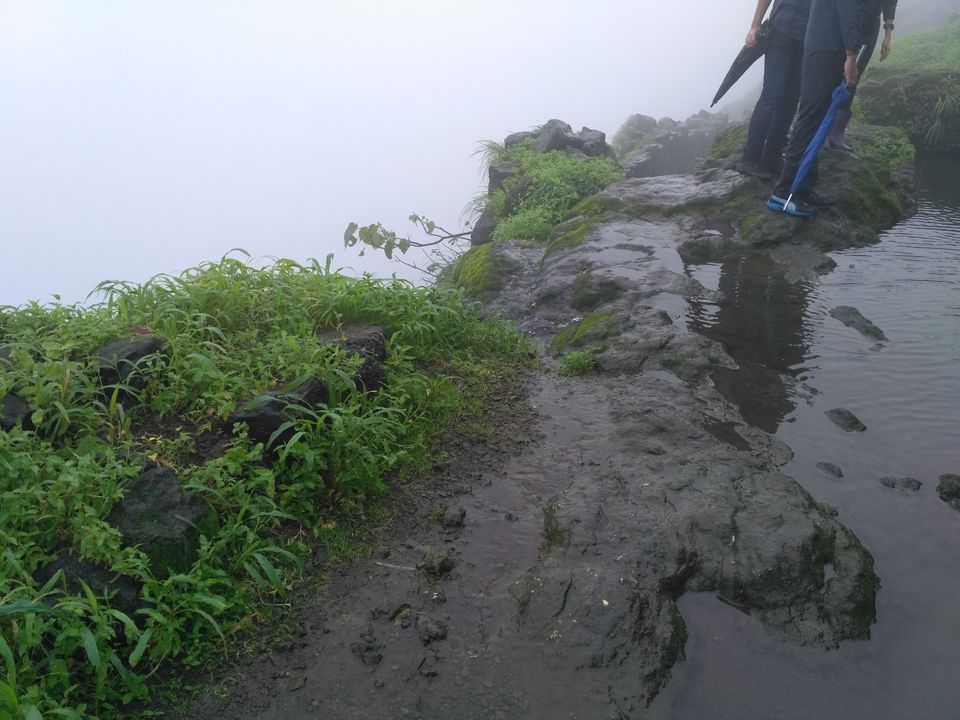 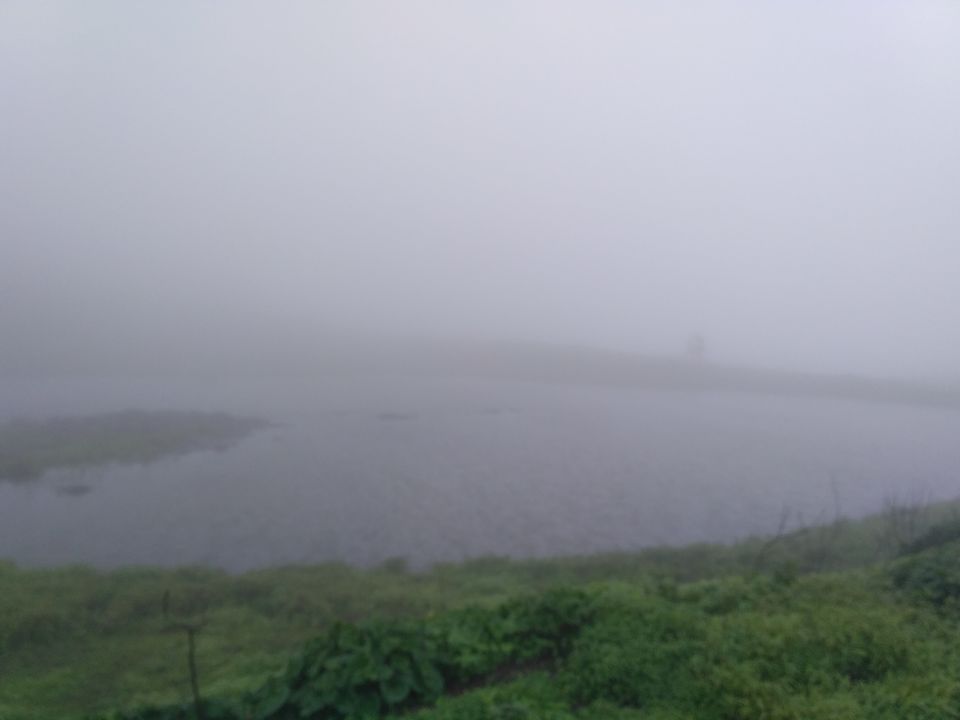 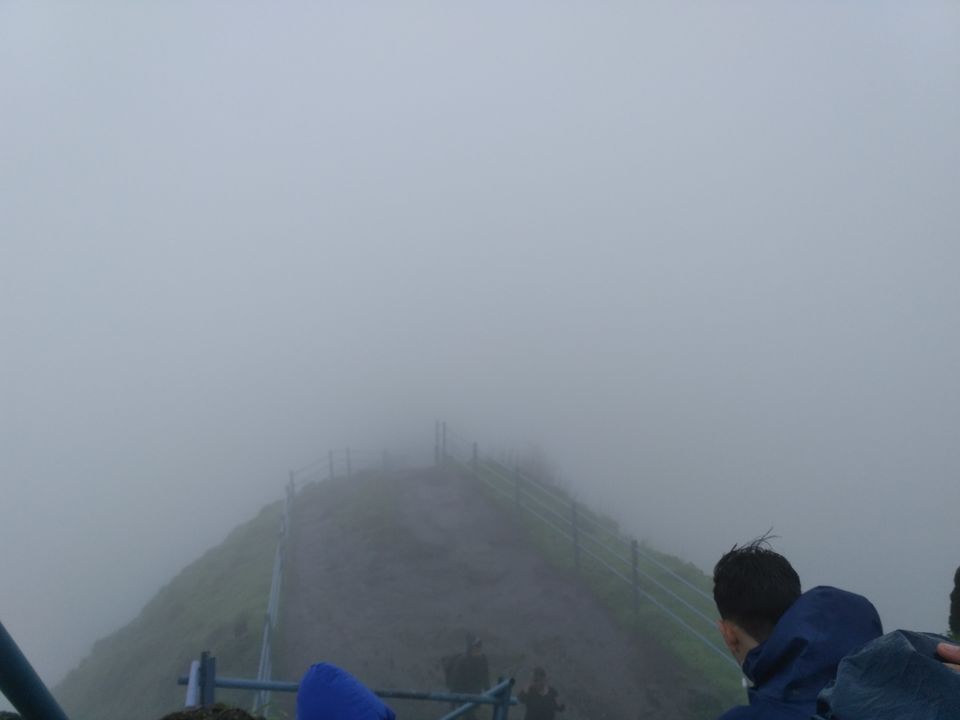 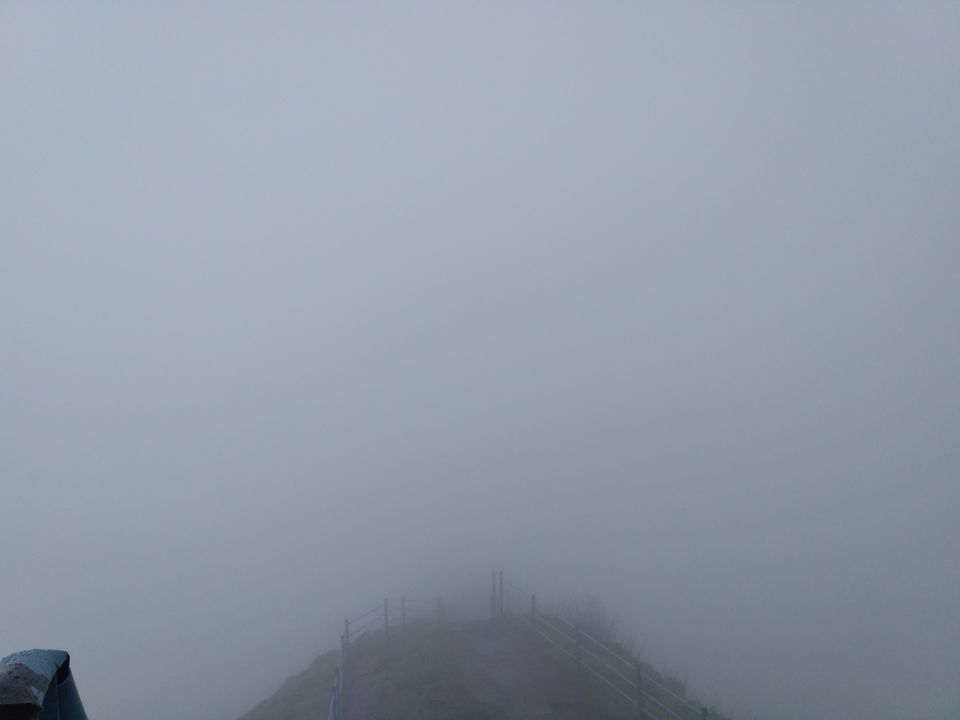 Cloud cover at Vinchoo kada
There was a Dargah and even a Shiv Mandir on the top of the fort. We spent sometime around the area. We ended the trek with hot filter coffee which we carried in the flask. Overall, this is a must visit place during the monsoon. 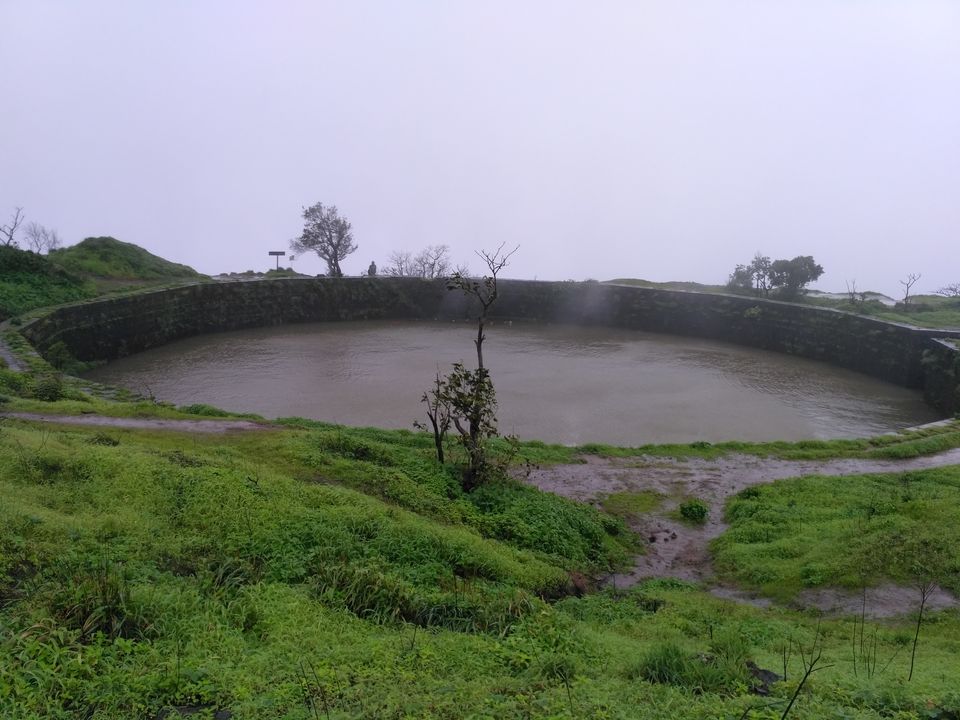 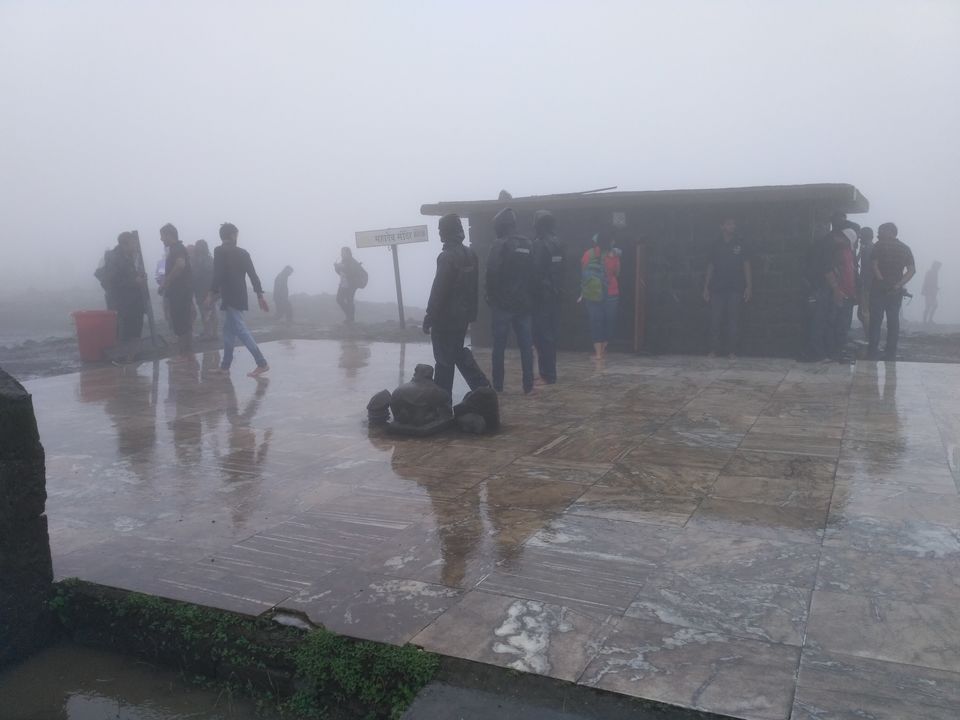 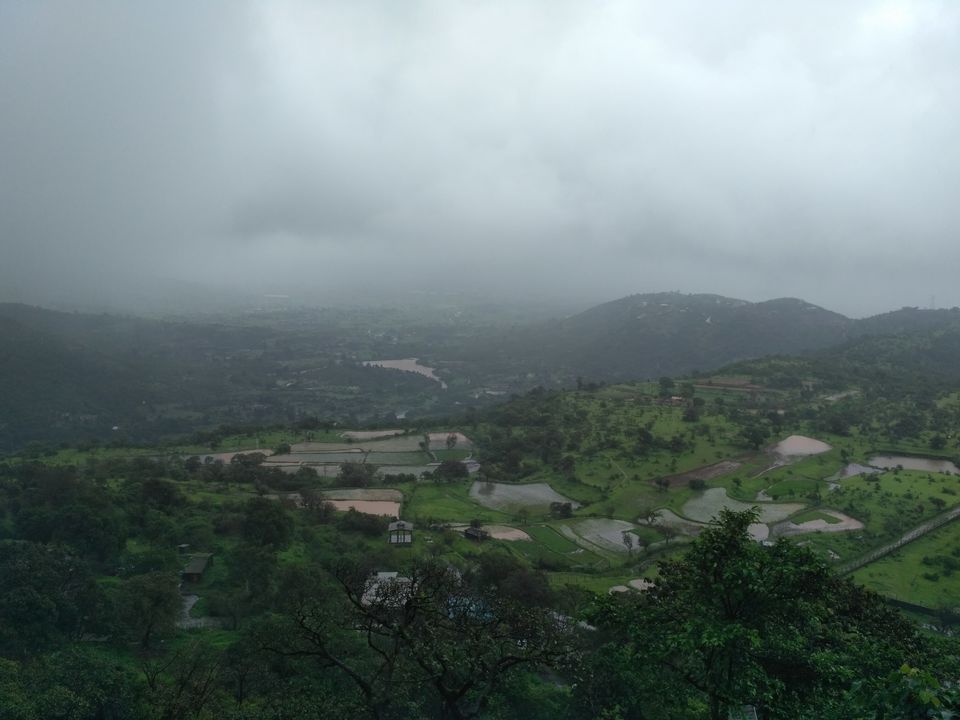 View from the fort