It all started with NGT ban on diesel cars which are 10 years old or more. I was happy with my 1st generation Ford Figo Diesel LXI which I bought in the year 2011 and was not planning to sell or exchange it.

In Jan’2019 my Figo’s Odo showed 68500 Kms and was due for 70000 Kms service. I have asked the service advisor if there is anything that I need to take care of as car has completed 7.5 years. His answer disappointed me. He said the car will anyway serve you for 2.5 years and it’s not worth to spend money on car’s suspension which is weak and making squeaking sounds. He said it is better if I keep the car as it is as I will not be able to run it after car’s 10 year completion.

Now, I wasn’t planning or have planned to buy a new car this year as I had no issues whatsoever with the Figo. But this NGT thing was hovering around my mind and I wasn’t ready to sell my car in scrap after it completes 10 years. Another dilemma was what car should I buy if I sell Figo? I did not even know what my budget is and what car will serve me as good as Figo.

After servicing Figo I somehow went to Maruti’s showroom which was on the way to my home and I was still thinking what Maruti I should buy as there are plenty of them for each segment. The showroom was quite busy and serious discussion of buying and selling cars were going on. All three Receptionists were busy on phones. There was so much of vacuum in that place despite of being busiest showroom I have ever been to. Someone finally came to me and asked me about my business so, I told them I am here to buy a car preferably Brezza. I just said Brezza as I could not think of anything else. The guy told me if I checked out the new Dzire to which I said I want to exchange my car with Brezza. So, Brezza please! There was no Brezzza in the showroom so I told the sales guy that it is ok I know the car well let’s just talk about the deal of exchanging my car with Brezza.

A guy in suit came in. This guy was the car evaluator and I don’t think he was on showroom’s payroll he sounded like a typical second hand car sales guy from Delhi. First of all, he gave a disgusting look to my car which was in pristine condition and said “Ford hai”? I said “Yes, Ford hai”. He took test drive and offered me Rs. 85,000.00 (and no exchange bonus as car is 7 year old) for my car and to which I started laughing and asked for the keys and disappeared from that place. He did not care about it as Maruti already has too much in its plate. So now, I wanted to exchange my car with people who are hardly selling any cars thinking at least they will offer me some good money. I was seriously thinking about Nissan Sunny.

I started dreaming about Nissan Sunny now and appreciated it to everyone I knew stating how big or long it is. I actually wanted an approval from everyone so that they don’t bash me out if I buy this car. But deep down I did not want to buy it and I was just convincing myself to believe that I want to buy it.

I saw a silver Honda Amaze on NH8 while going to office and instantly started thinking of it as my next car. I read and watched everything about Amaze and I could not find anything negative about it. Someone even said Amaze is 75% Honda City at a lower price point compared to Honda City’s price. I went to Honda Showroom and checked this car in and out and I was quite impressed by Honda. It’s a new car and nothing has been carried forward from the old Amaze except the name. I appreciate Honda for completely transforming their cars and then call it next generation unlike others who do sticker/head lamp/tail lamp job and call it a new car. Honda offered me Rs. 1, 10,000.00 for my car including exchange bonus. I kept the deal on hold as I wanted to see what other options I had.

OLX: I clicked few pictures of my car and uploaded them to OLX. I was contacted by several people. One guy lived near to my office area and requested for a car demo. I met this guy showed him the car parked in my office basement, gave the service history and told the price. The guy liked my car very much and appreciated how well maintained it is. It made me feel better and I was ready to negotiate a deal. Finally, the agreed price was Rs. 1, 60,000.00 and the car was sold.

Cars 24: I booked an appointment but my car was sold at a decent price before the appointment date. 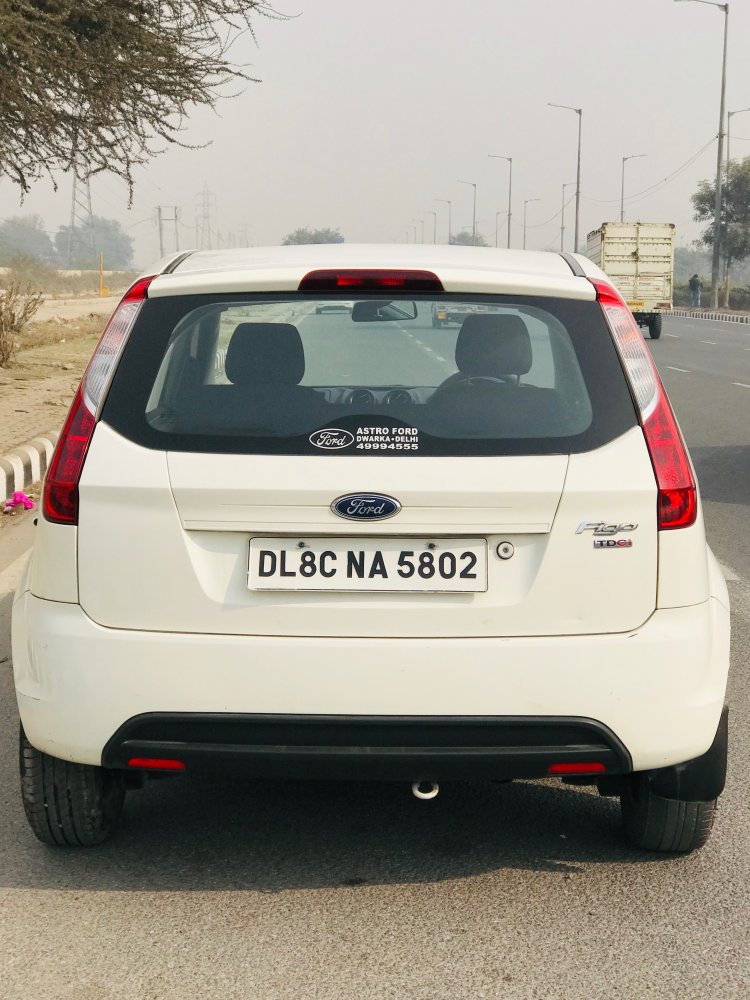 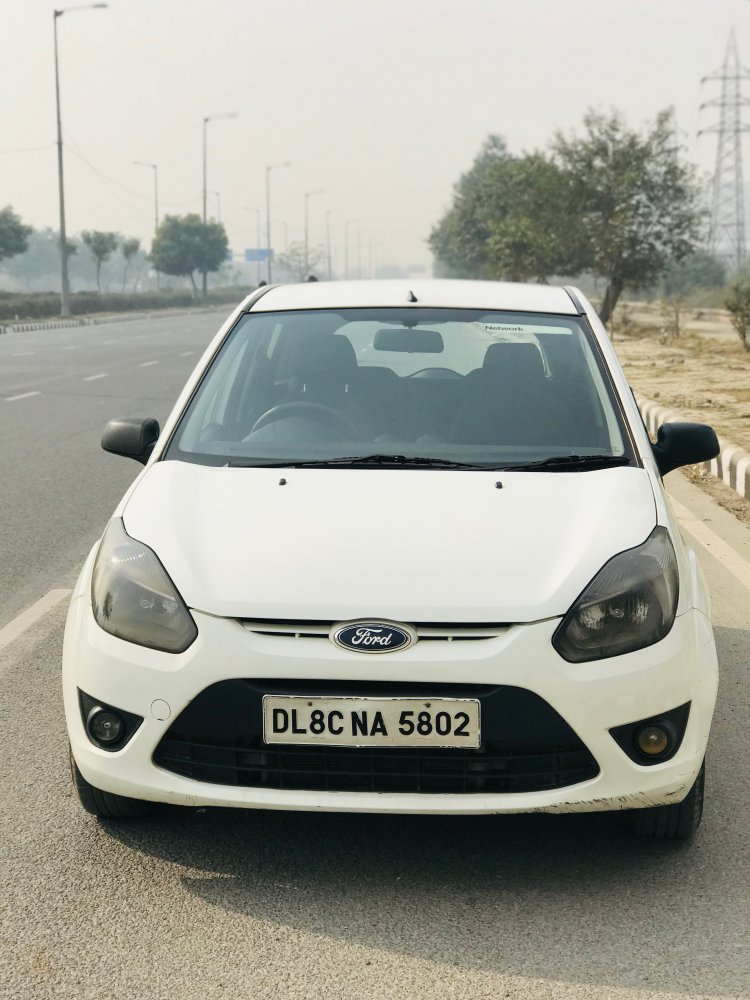 And blokes at Maruti wanted to buy it for 85k, lol. Good thing you were not in a hurry.

Service adviser at Ford deserves an applaud as well, since he thought about the customer, rather than making a quick buck.

Yogesh Sarkar said:
And blokes at Maruti wanted to buy it for 85k, lol. Good thing you were not in a hurry.

Service adviser at Ford deserves an applaud as well, since he thought about the customer, rather than making a quick buck.
Click to expand...

Ford has been really good in these seven years. During last service, they did not charge me for a new set of wipers as they could not deliver my car at the promised time and dropped me to my home as servicing was taking long.

I could not decide “What Car” but I knew that I will buy a Petrol Car for following reasons.
So, Petrol car it is!

While I had Figo I always dreamed of owning a Scorpio but due to diesel engine and the sheer size of the vehicle I had to change my plans.

Ford Ecosport: This car is undoubtedly best in its segment however; I felt homesick and wanted to move away from Ford.

Maruti Suzuki Ciaz: Not considered due to its small Petrol engine.

Honda City: It may sound a bit odd but I did not like the interior layout and small tires on such a big car. Plus I got to know that a new Honda city model is coming this year.

I did not consider Volkswagen & Skoda as couple of my friends who own them advised against their service centers. Though they have competent cars but I did not want to take risk with after sales service.

Now, I am left with Hyundai with its Creta & Verna.

Creta: I have been into it quite a lot and was not quite excited about it. Also, except the ground clearance I do not think it offers anything extra. The price is steep and for that price I may look at Tata Harrier.

Verna: I did not buy Verna for any practical reasons I bought it as my jaw was dropped when I saw it in & out. This car looked drop dead gorgeous and had the latest features you may ask for. The car is undoubtedly a stunner. The car is seriously FAST and overtaking most of the cars is effortless. Verna hardly produces any noise. The cabin is super silent and no vibrations. You will be hard pressed to say if engine is running. However, it’s not a perfect car and I will tell you more about the imperfections as you read the thread further.

Hyundai buying experience was not great. It was quite pretentious of them to ask me tea, coffee, snacks as it was one of the Customer feedback questions. When I entered in Unity Hyundai’s showroom to book Verna, it seemed everyone was having fun including Manager. Loose talks, abusing each other for fun, using coarse words in Haryanvi Language came handy with good looking & well dressed Hyundai staff. I raised a concern and walked up to the manager and advised her to let her staff know how professionals work, I actually called out their entire team and gave them a feedback on how they are putting Hyundai’s image at risk. What I expected from them was to follow up with me so that I can find out when I will be getting the car and maintain the modesty of their workplace; I can do without tea & coffee. 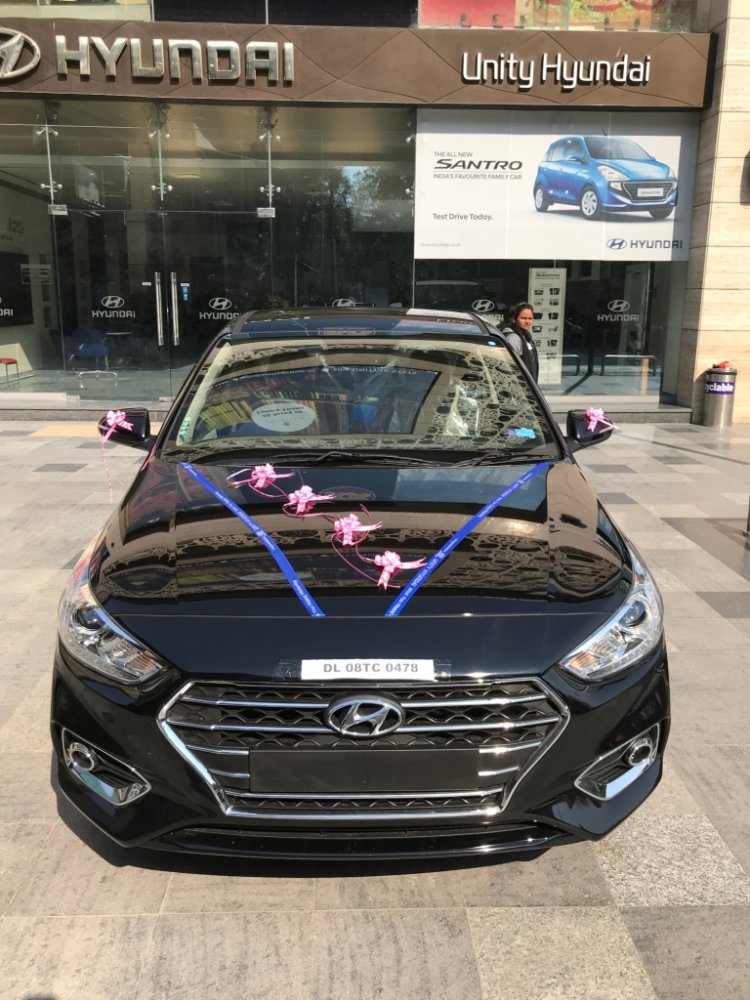 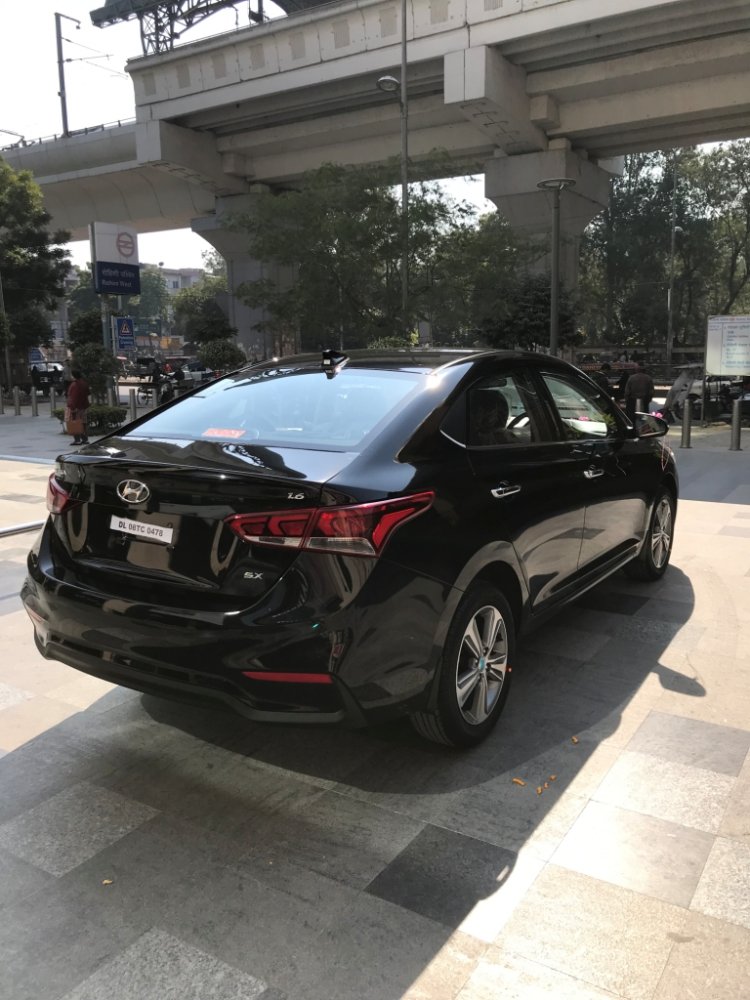 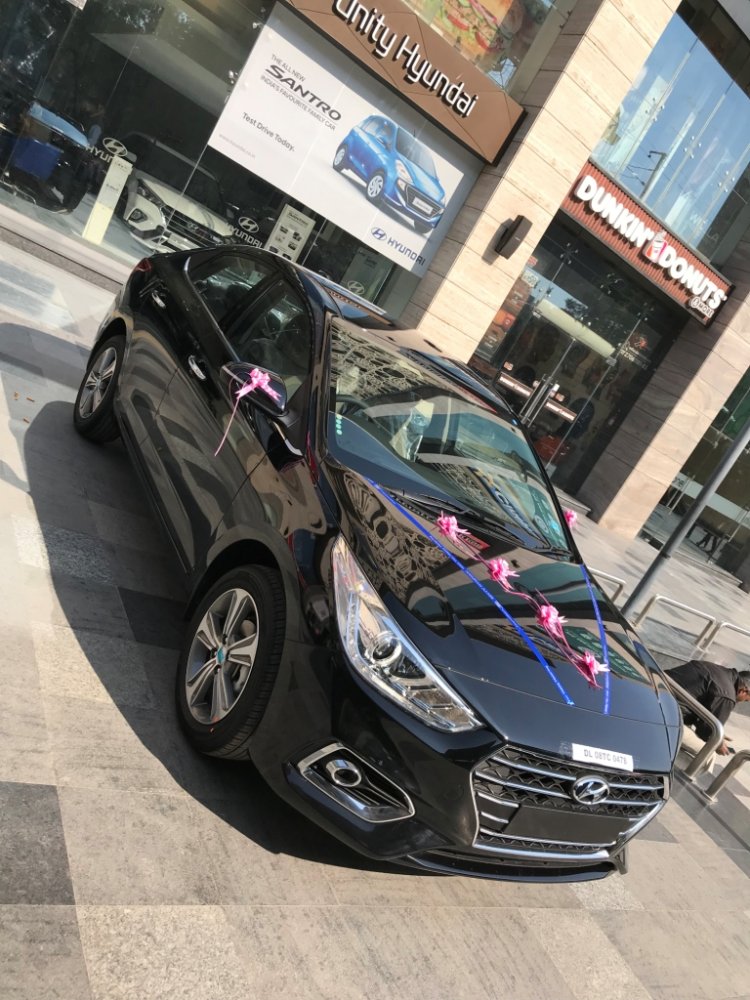 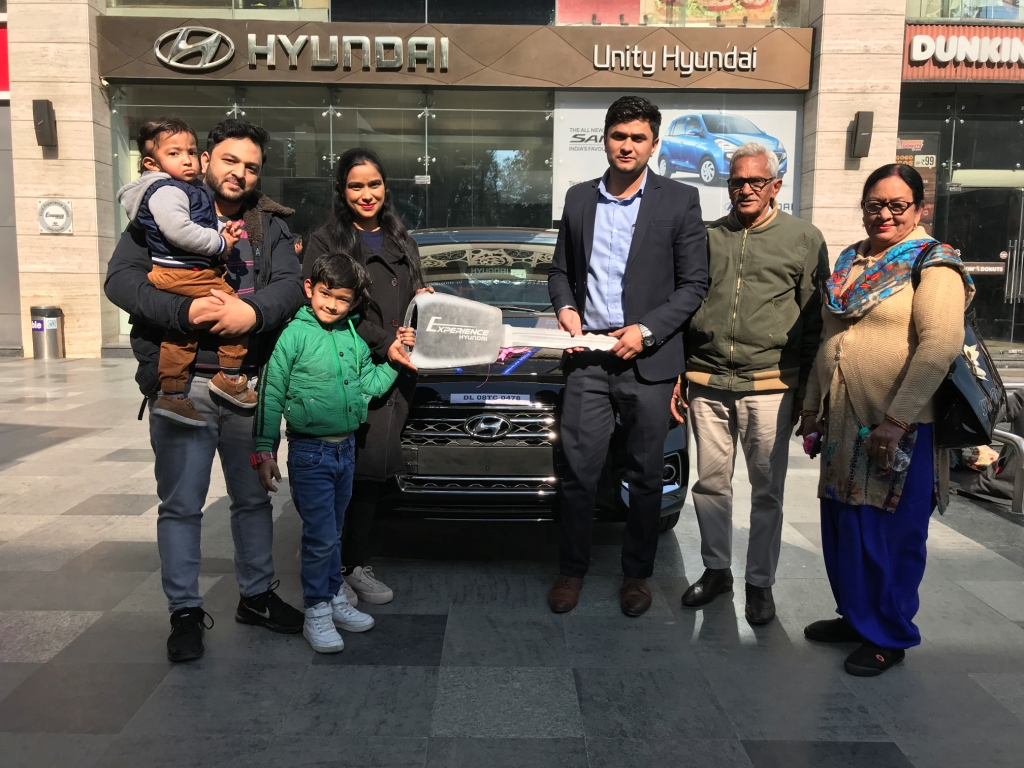 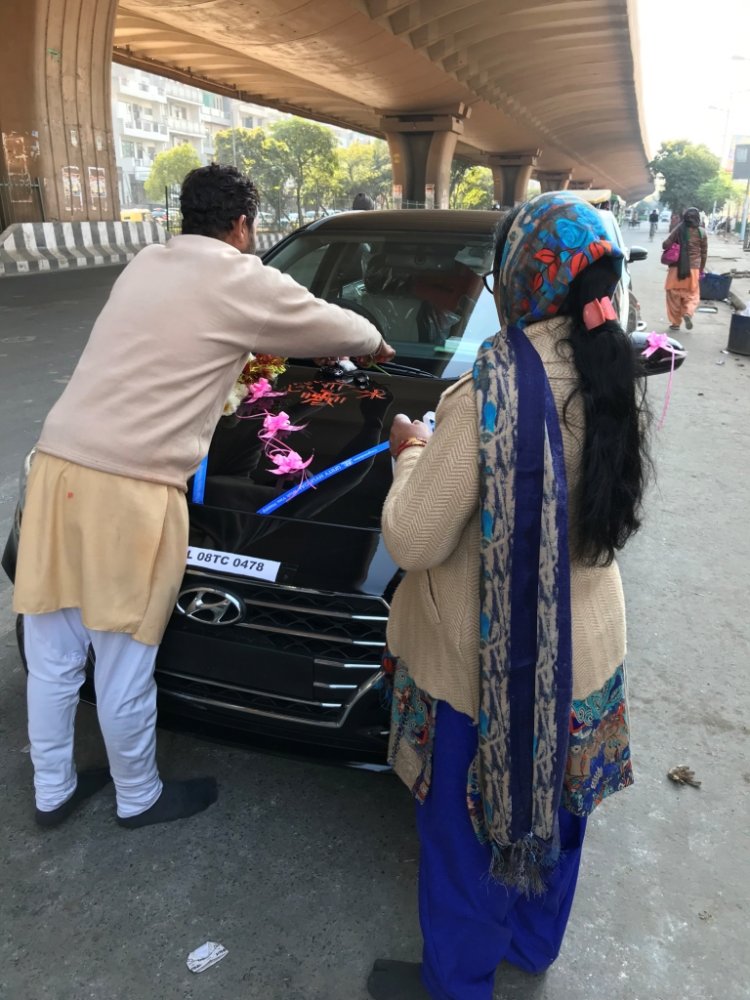 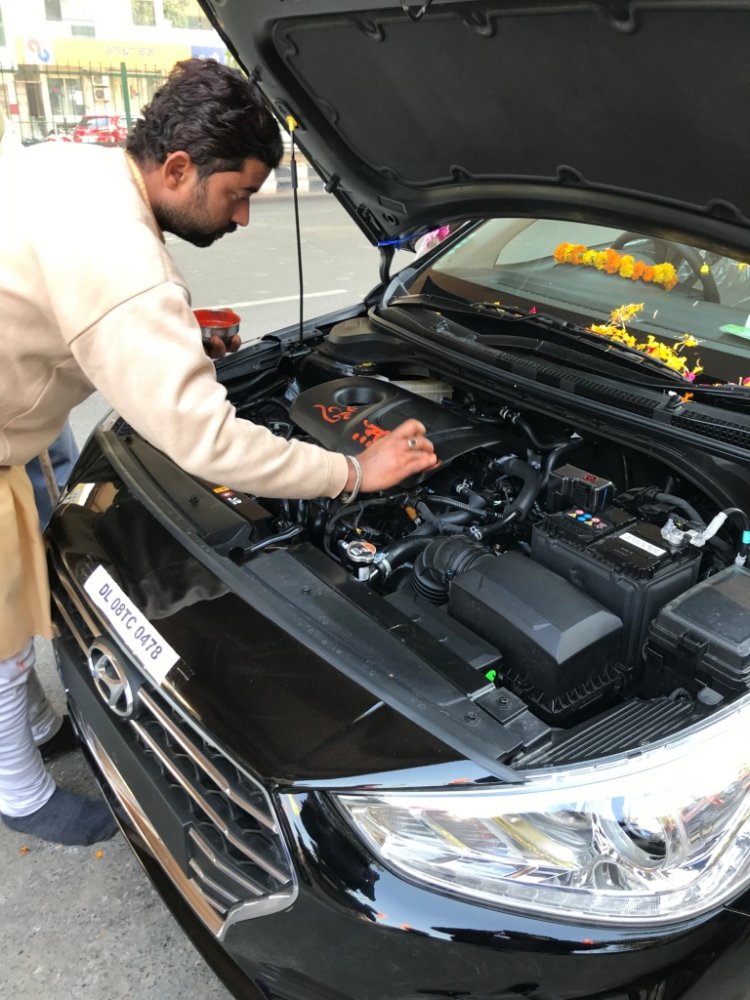 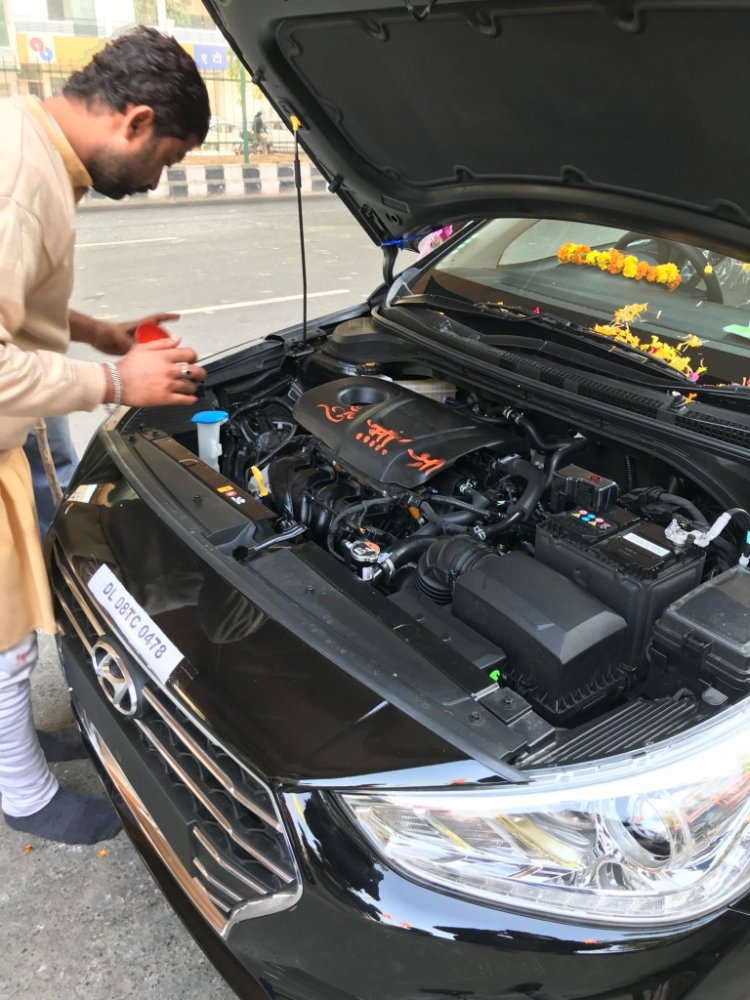 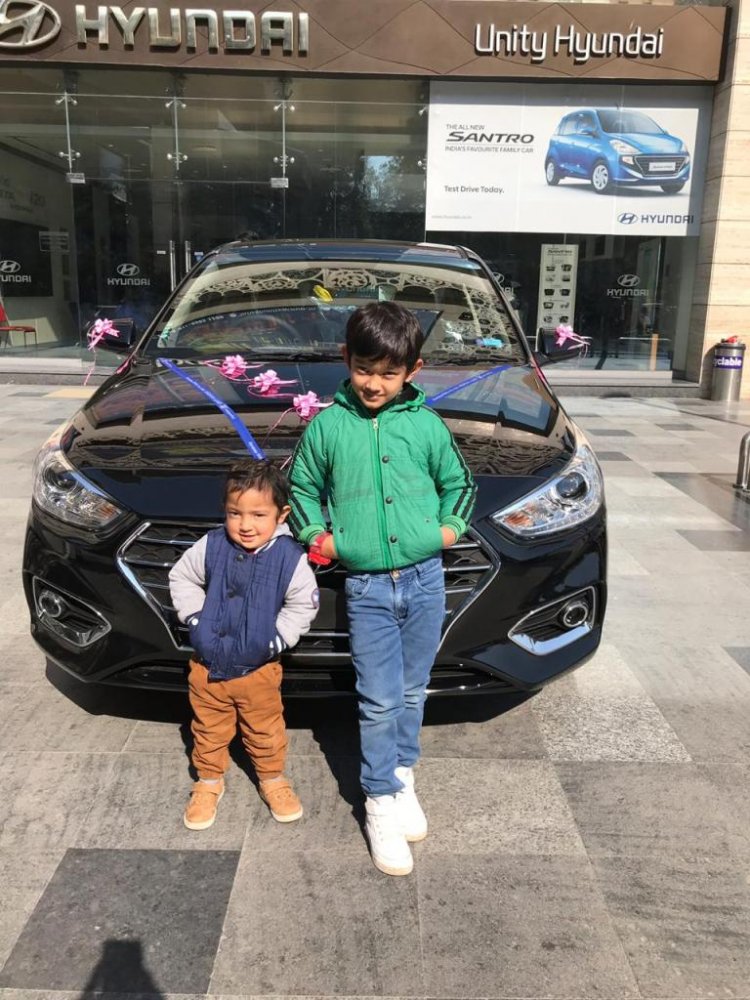 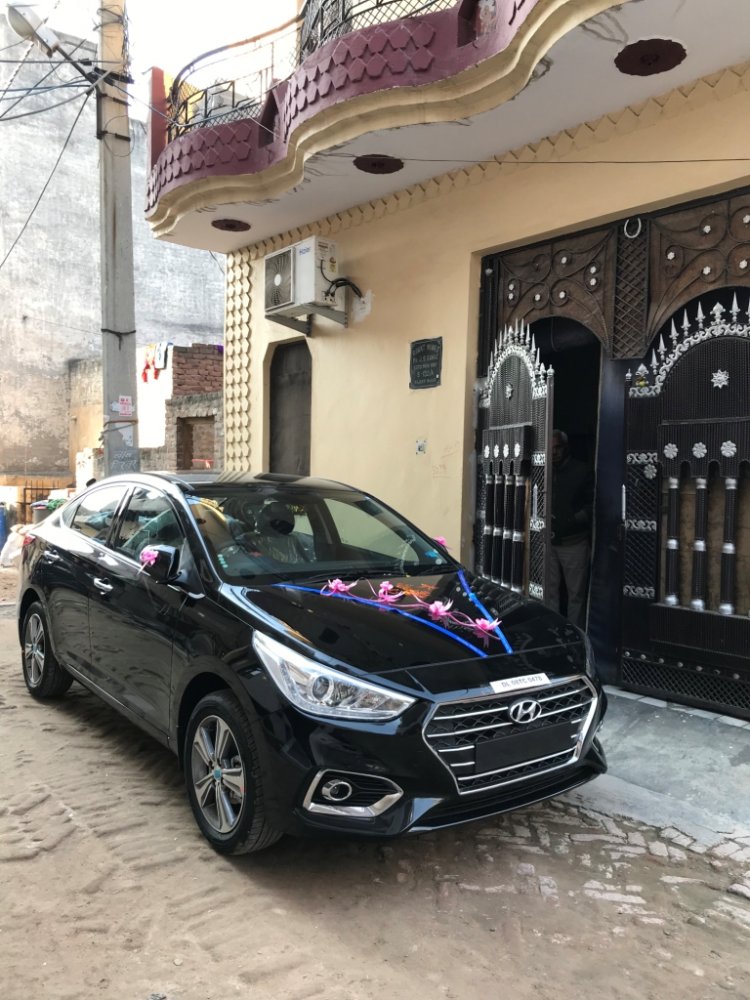 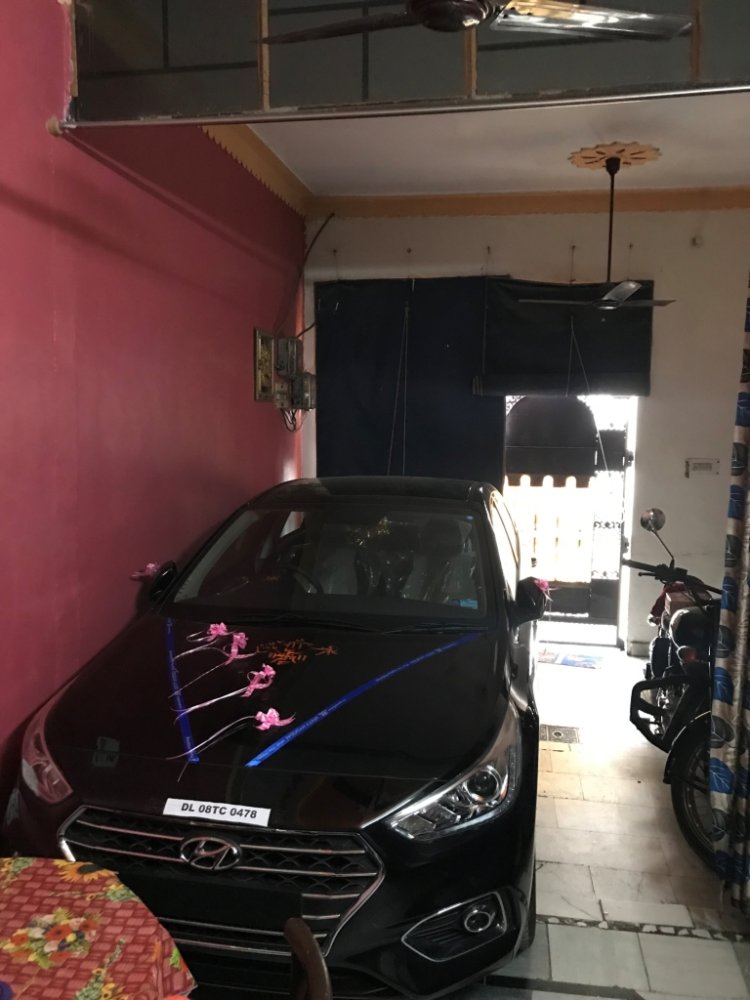 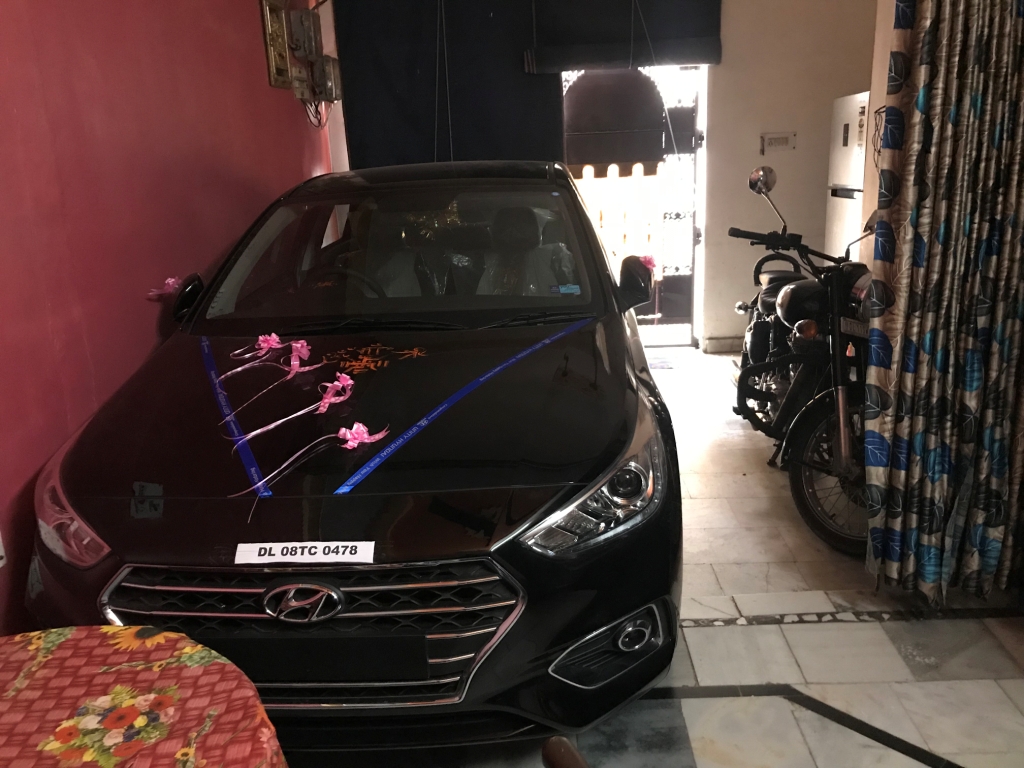 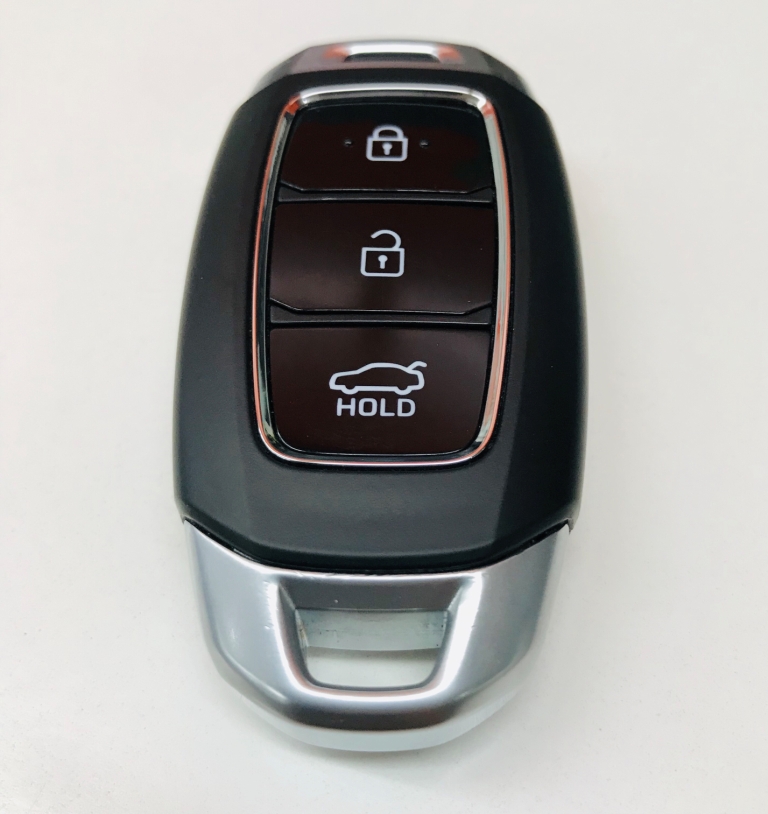 Lol. Looks like the showroom staff had already met their sales targets, to be behaving in such a manner .

+++++++++++++
Congrats on your new car. Verna is a good car. Rich in features and Super Silent engine. Logical decision. The other day Yogesh was of opinion that you can drive car for free fuel for 1.5+ years [saving for not paying to buy diesel car].

I am not sure of there is any mileage improvement. I was told petrol engine yields in city between 9-11 kmpl. If you are getting 11-13 kmpl; then it is good.
If your usage per year is ~ 8000 km this should not be an issue.
Never ever during ownership buy in for engine de-carbonization.
Wishing you many more miles of happiness.
So you have switched from White to Black color [Contrast].
You must log in or register to reply here.
Share:
Facebook Twitter Reddit Pinterest WhatsApp Email
Top