The labyrinth of streets in downtown Madurai were a nightmare. Our driver kept stopping and asking for directions to our hotel. Actually, I am not sure we had a hotel in mind. Anywhere to lay our heads would do. The filthy room we eventually ended up in, a budget hotel amidst a row of similarly mosquito-infested budget accommodation, gave us an excuse to extract our sheets from our backpacks. Placing them carefully over the stained bed linen provided, we were off to the land of nod. Awoken by a cacophony of calls to prayer by various faiths, we stepped out into the early-morning, rubbish-heaped, Mediaeval town . The shock on my face was mirrored on Mr. EA's face. We watched holy cows searching for nourishment amidst strewn paper. The distant gopurams of Meenakshi Temple beckoned.

"Fourteen gopurams in myriad hues
Greet you to spread the good news:
Meenakshi, a living temple, breathes
From dawn to dusk in Madurai."

We had a guide, who ushered us through the milling devotees, but I don't remember anything we were told. The memory of Meenakshi is of the camels there, who were trained to cater to tourists. Instead of "Uth, uthi!" (Rise up, camel), these beasts were trained to be docile. The inner sanctum of the temple was obviously off-limits, but there was plenty to admire in the soaring gopurams (an architectural marvel which defies description). 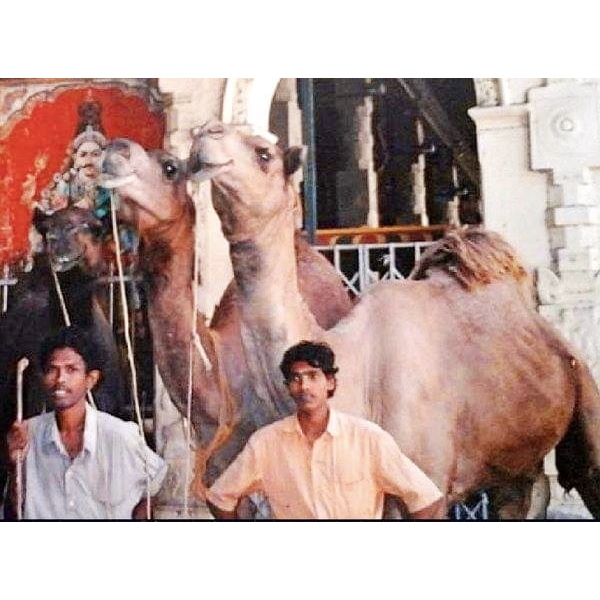 I had already seen a temple in Kerala, with "musical pillars" (name?), but nothing beats the majesty of Meenakshi. There are so many temples worth visiting in Tamil Nadu. I have a book by Michael Wood, "The Smile of Murugan" which describes some of them minutely.

We eventually repaired to a trinket shop, a veritable Ali Baba's cave, where I purchased a Mysore yoga rug. (Reminds me to dig it out from the recesses of a cupboard!) [Off Topic : After some time, I bought myself a Manuka mat (means "frog"!). But the carpet is good to insulate the cold floor.]

Some views of the gopurams 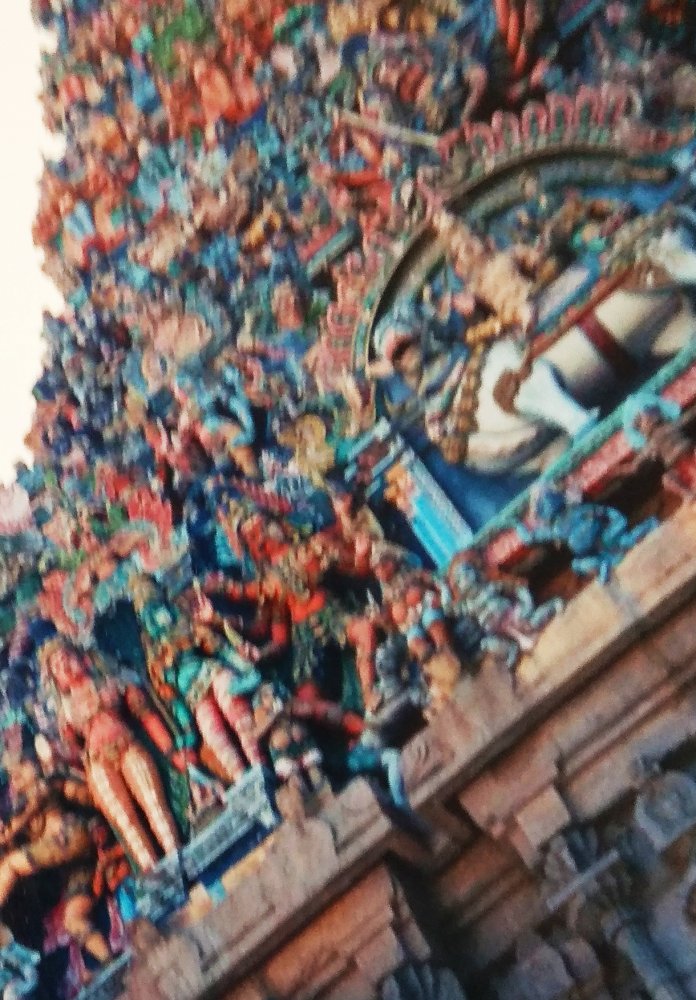 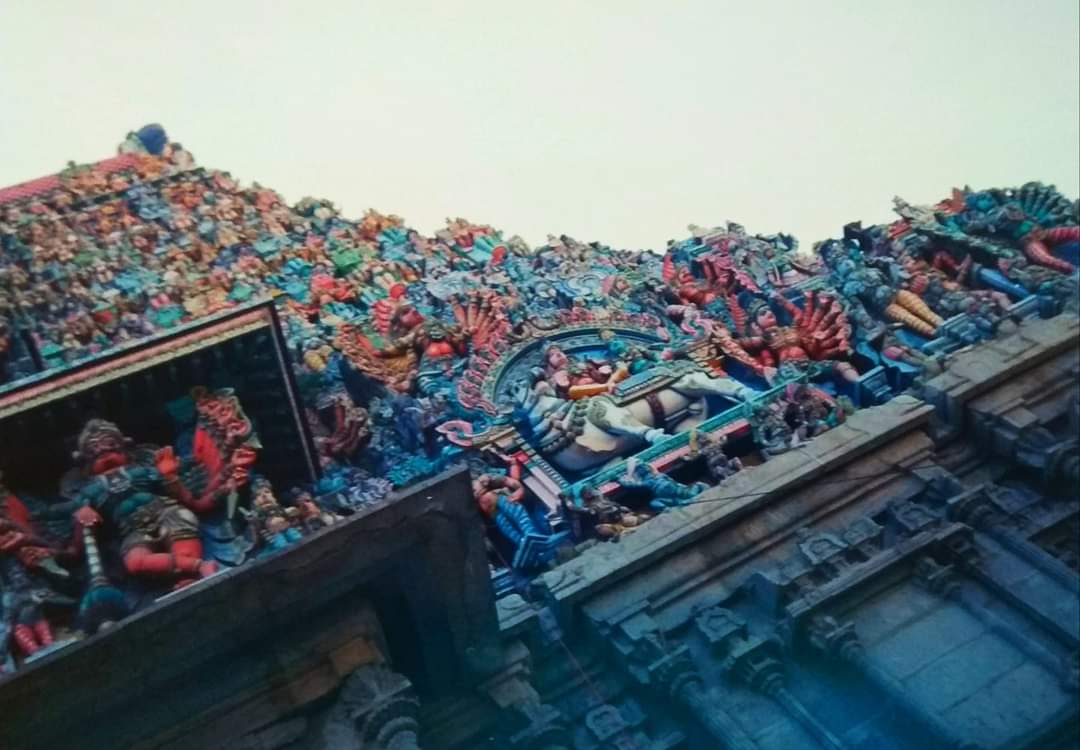