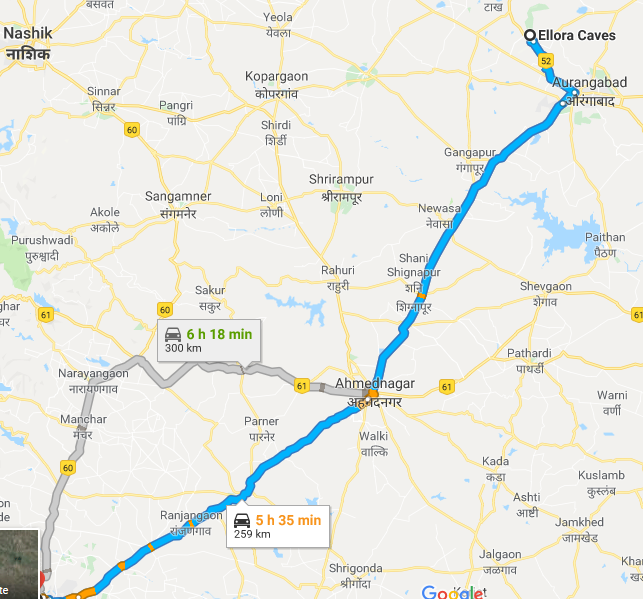 Route map for the day
Went to Ghrishneshwar temple at around 5.30 AM. We were able to have a very peaceful darshan. 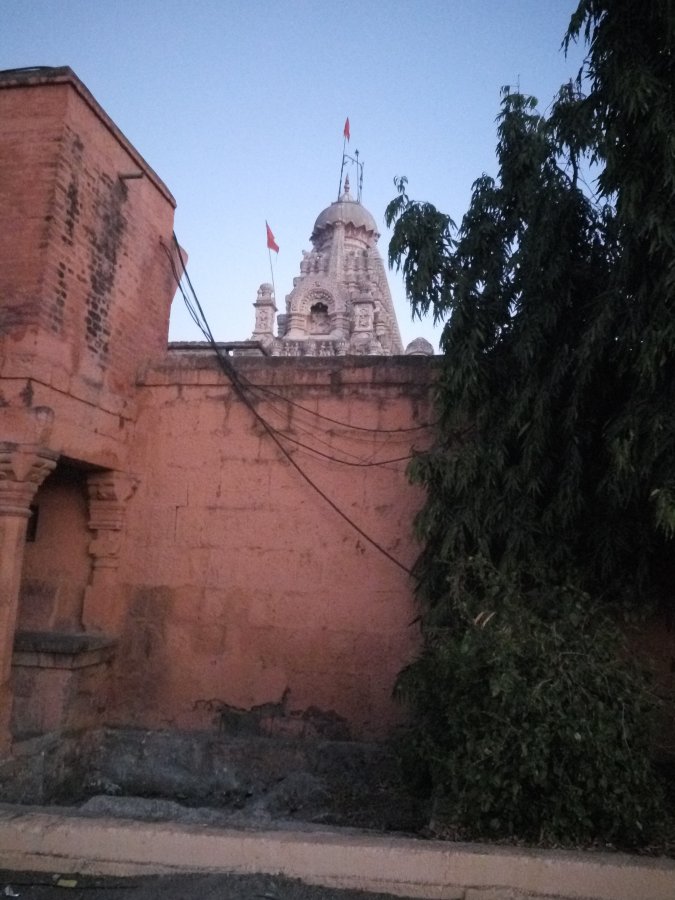 View of Ghrishneshwar from outside the coumpund (Photography & Phones are not permitted inside)
Came back to the resort checked out and went to the Ellora caves parking spot. It is a complete mess. There is a dedicated parking which has been built but they always keep it locked. They have arranged a nearby ground instead, for parking. As the shops were yet to open we could not manage breakfast. Had some Vadapav and tea from a roadside shack. Bought tickets for Ellora and entered into the ASI compound. Entrance is in front of Cave 16 (Kailasa Temple) which is one of the most prominent caves within the complex. Unlike Ajanta, Ellora has caves belonging to Hindu (Caves 13-29), Buddhist (Cave 1- 12) and Jain (Caves 30-34) worshippers. 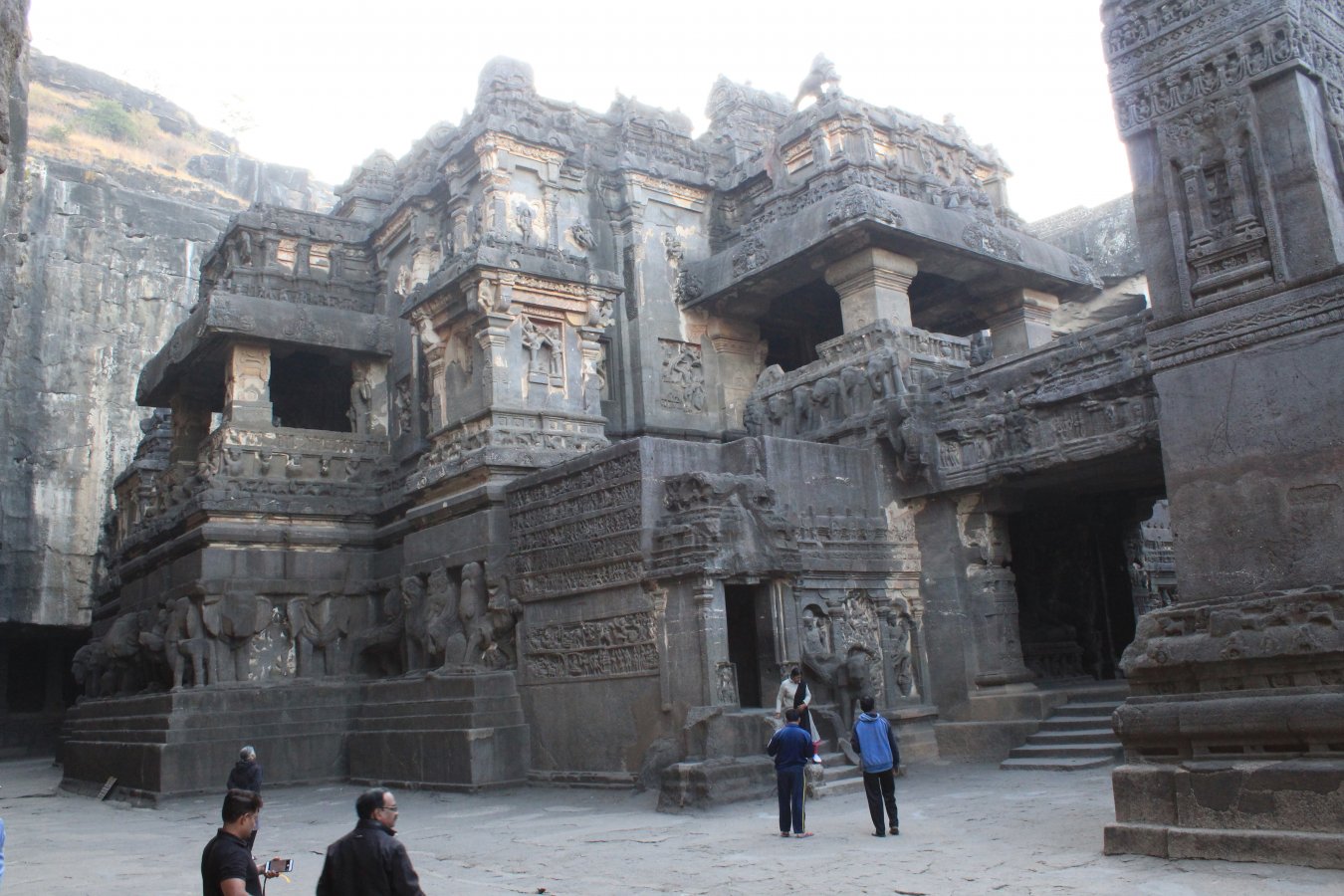 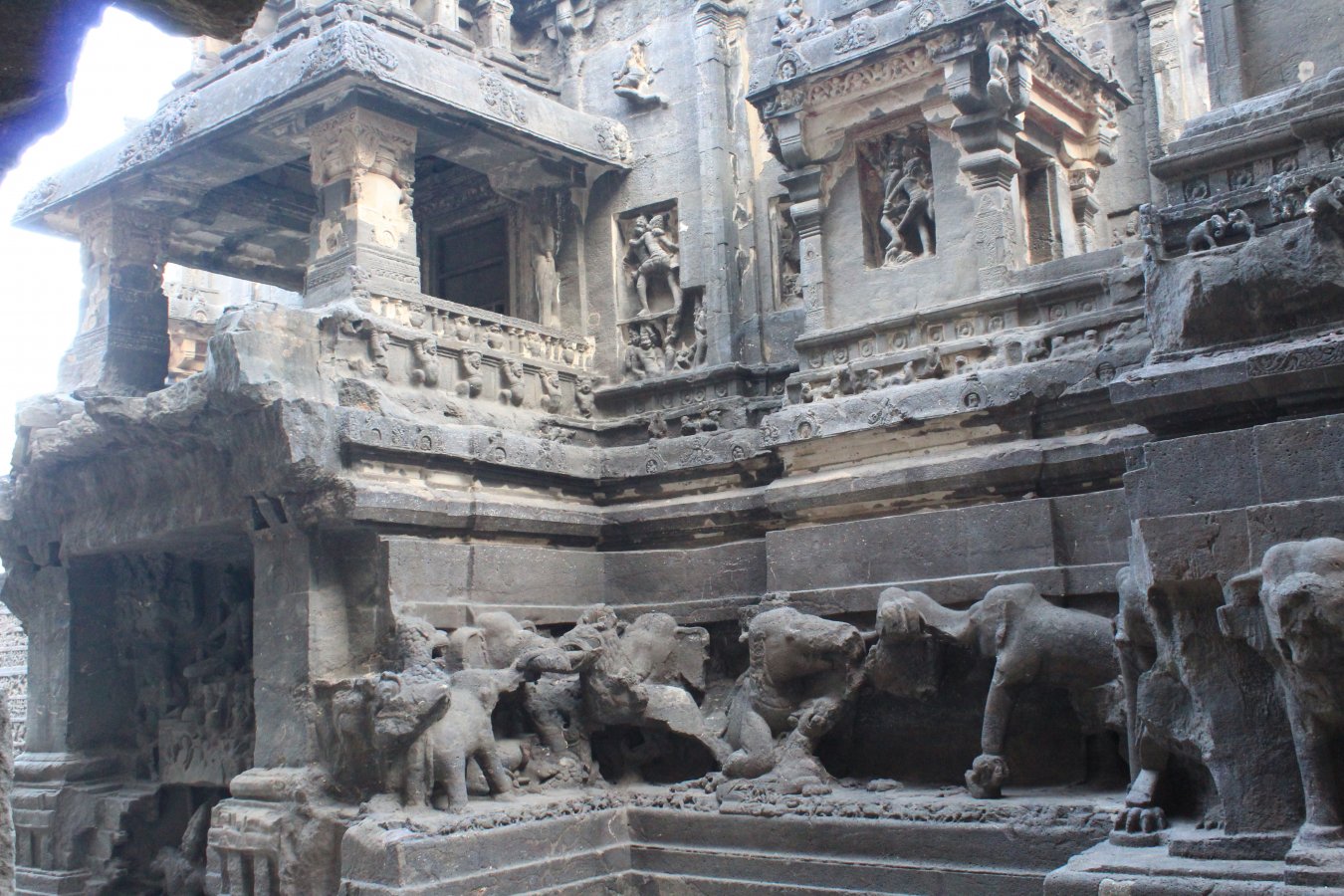 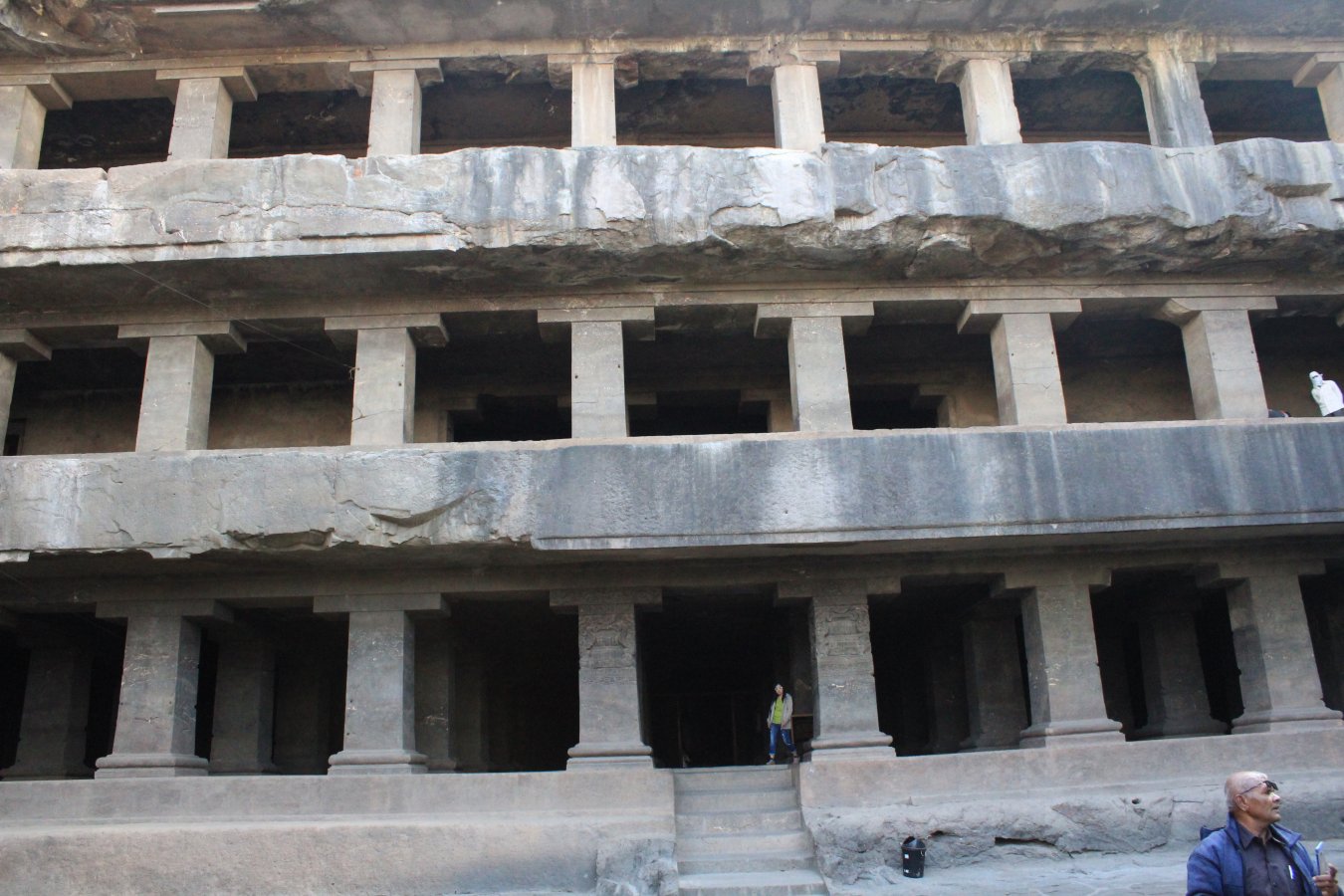 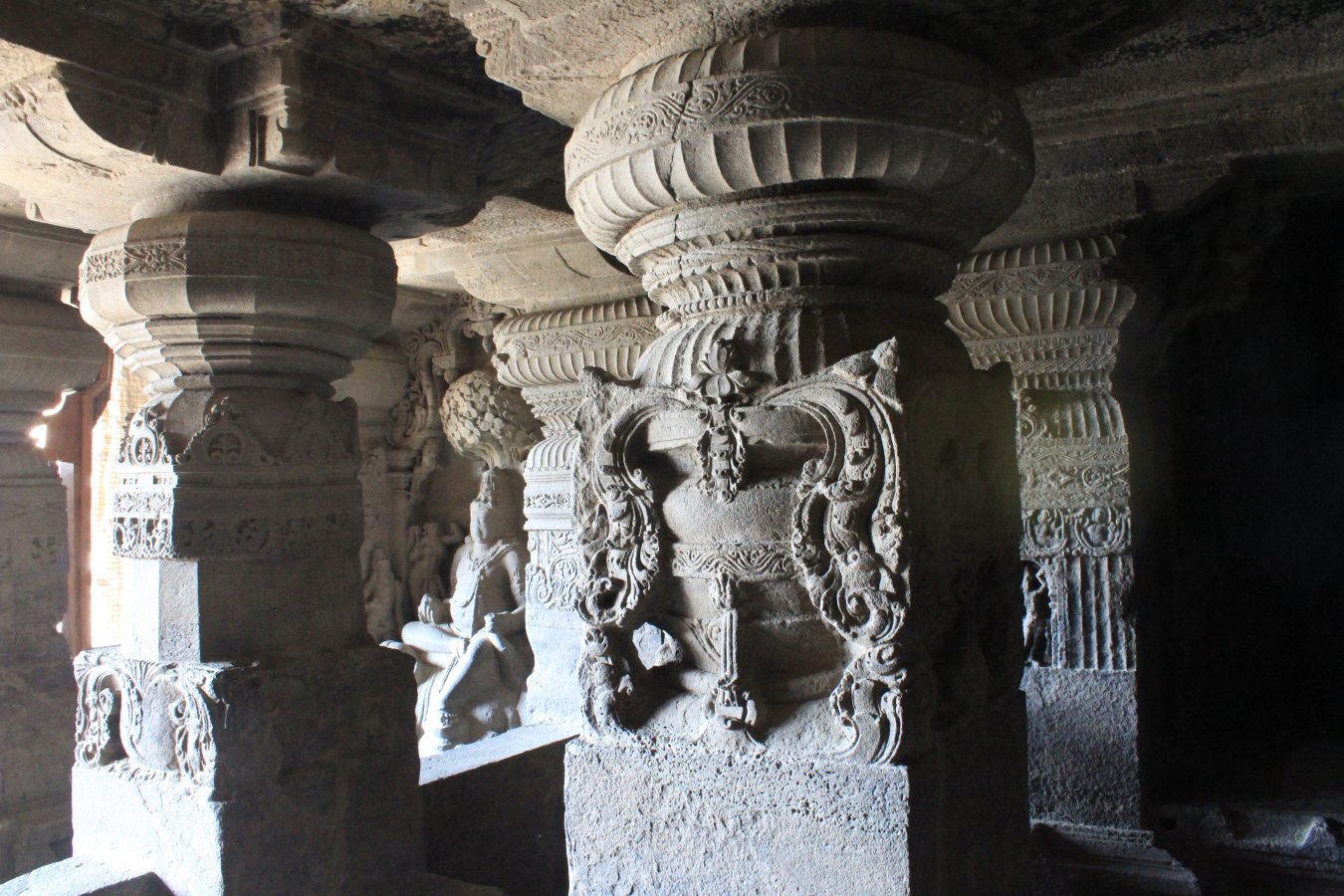 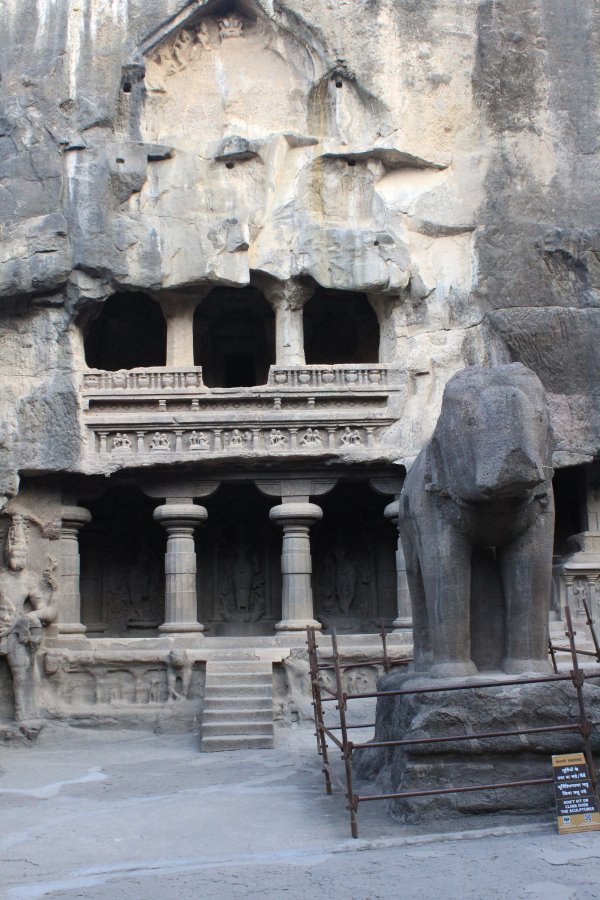 Caves 30-34 are slightly isolated. There is a bus service to those caves from 16. You can also get down in between to visit Cave 29 and board a bus later to 30-34 or back to 16. Rest of the caves need to be visited on foot. Cave 12 is a three storey cave. Most of the caves have intricate carvings adorning the walls and pillars. During a recent flood, the connectivity between 29 and 28 has been washed away .Most of the caves are well preserved thanks to the efforts of ASI. As it involves a lot of walking and also climbing, it is advisable to be well prepared to exert yourselves. 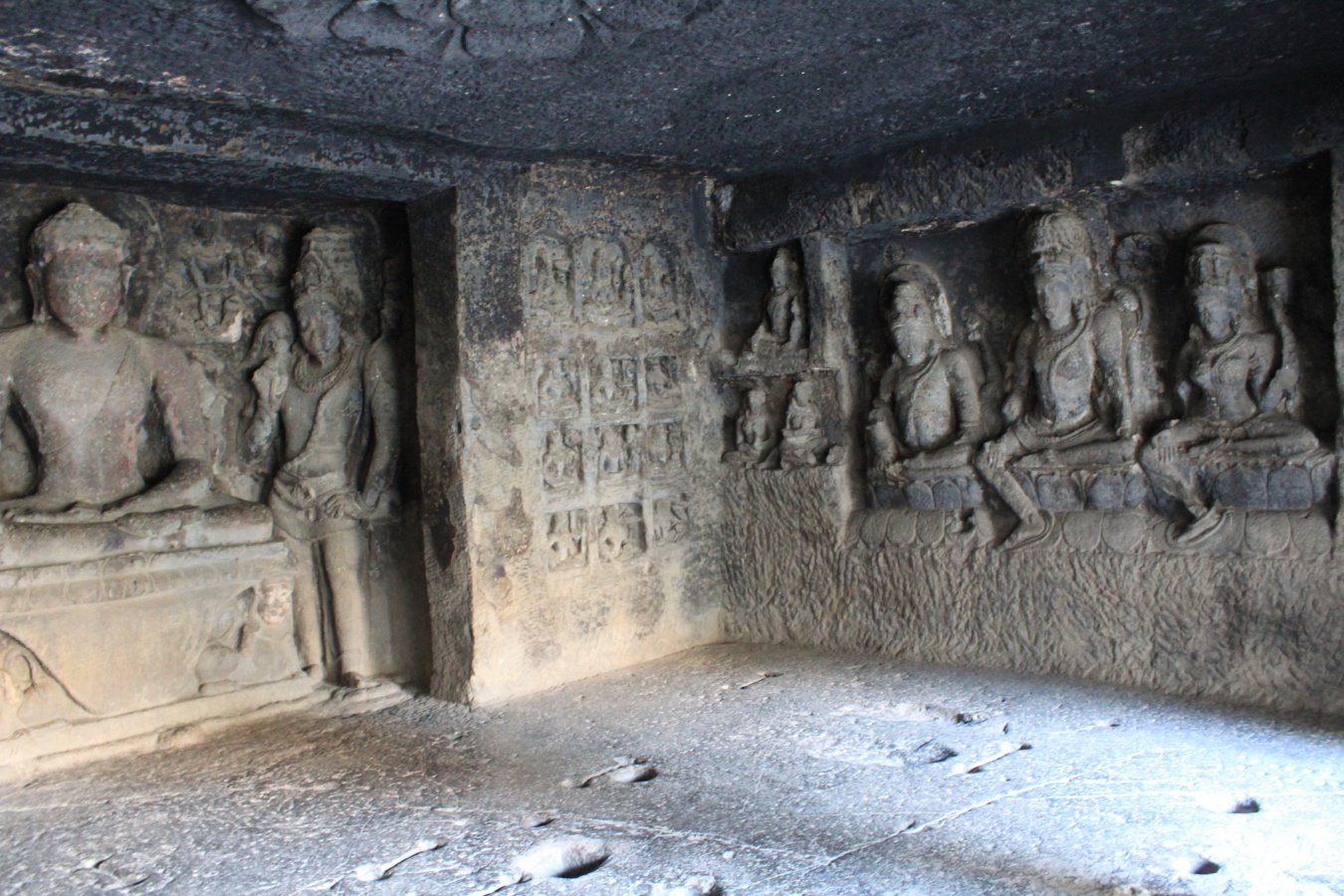 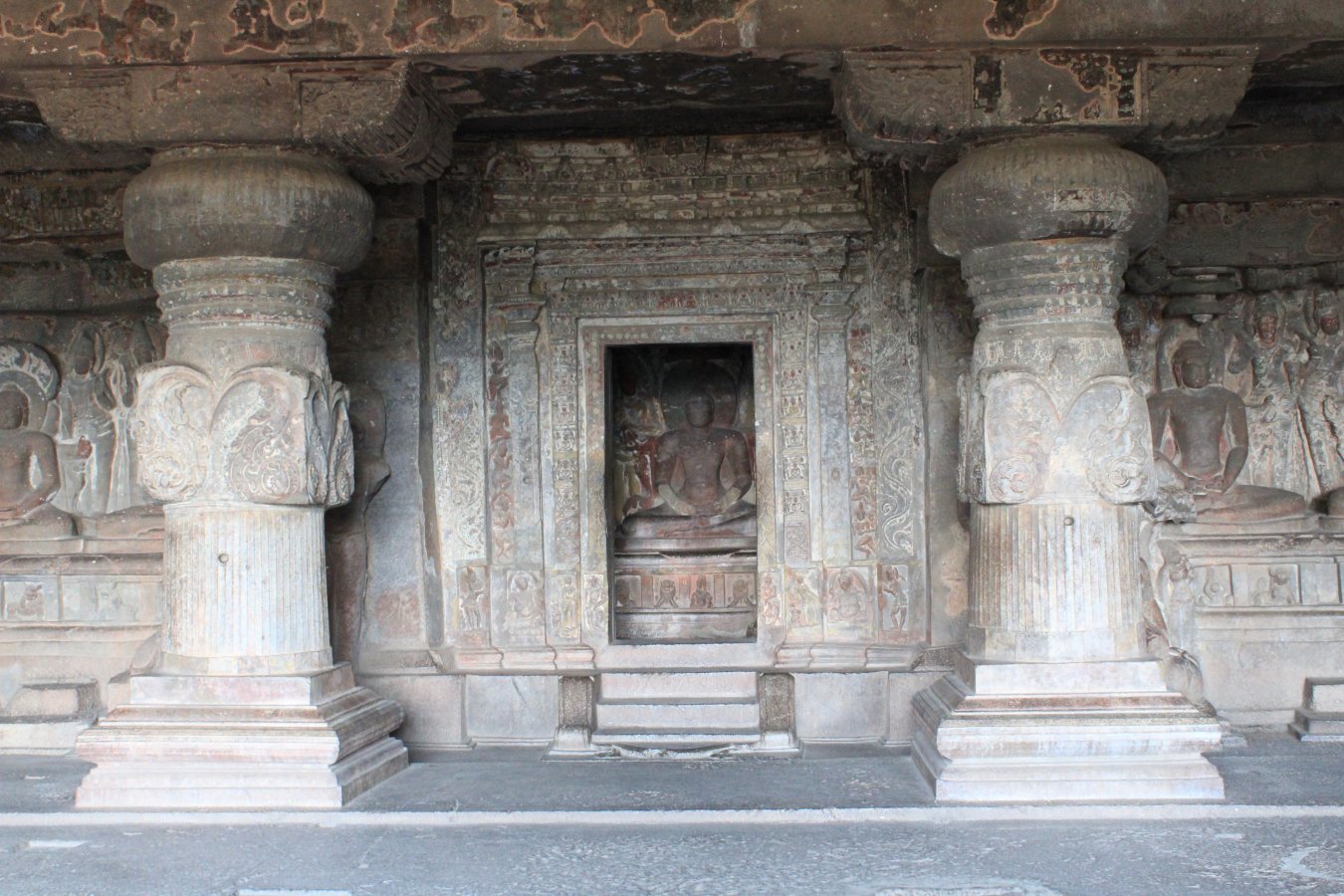 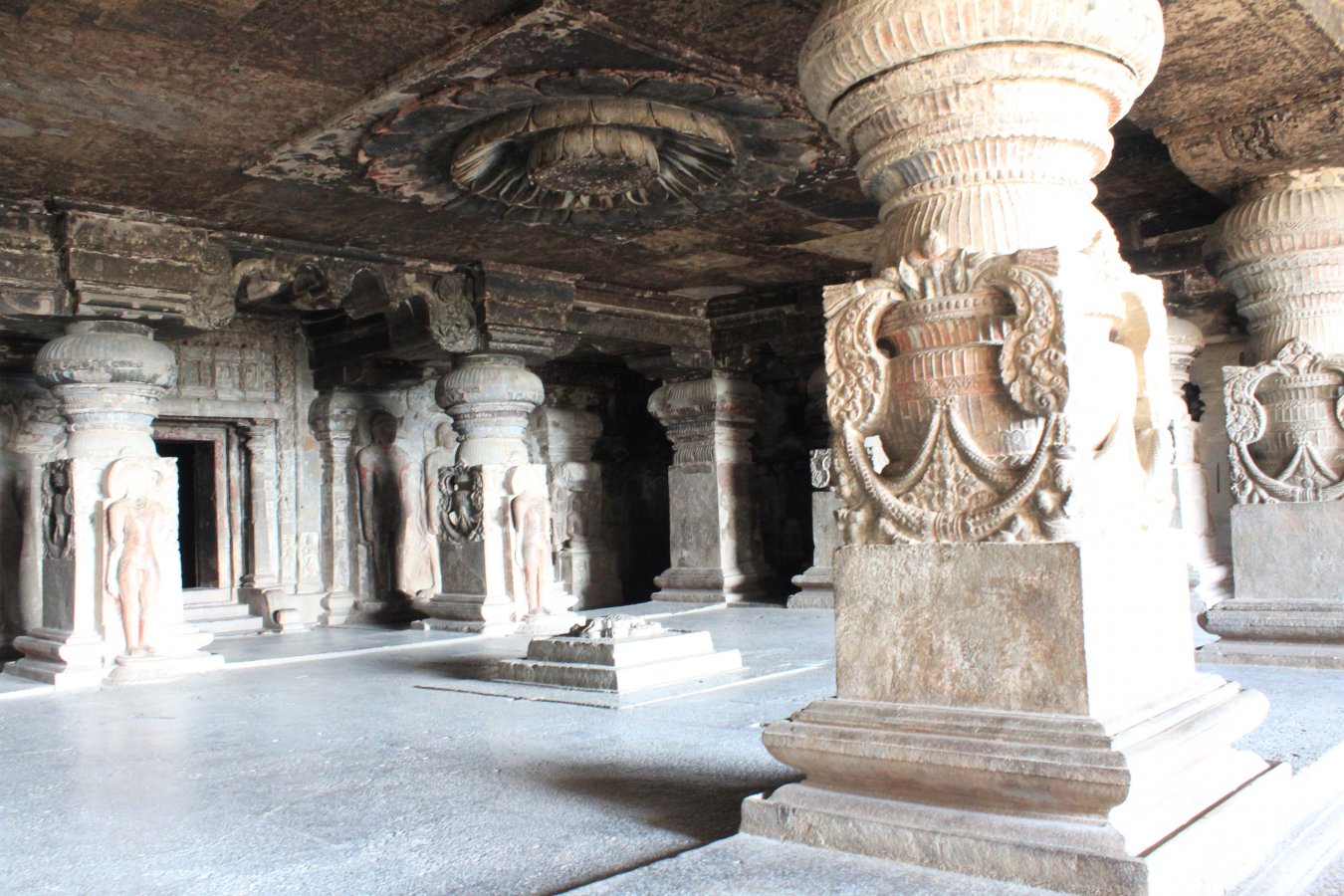 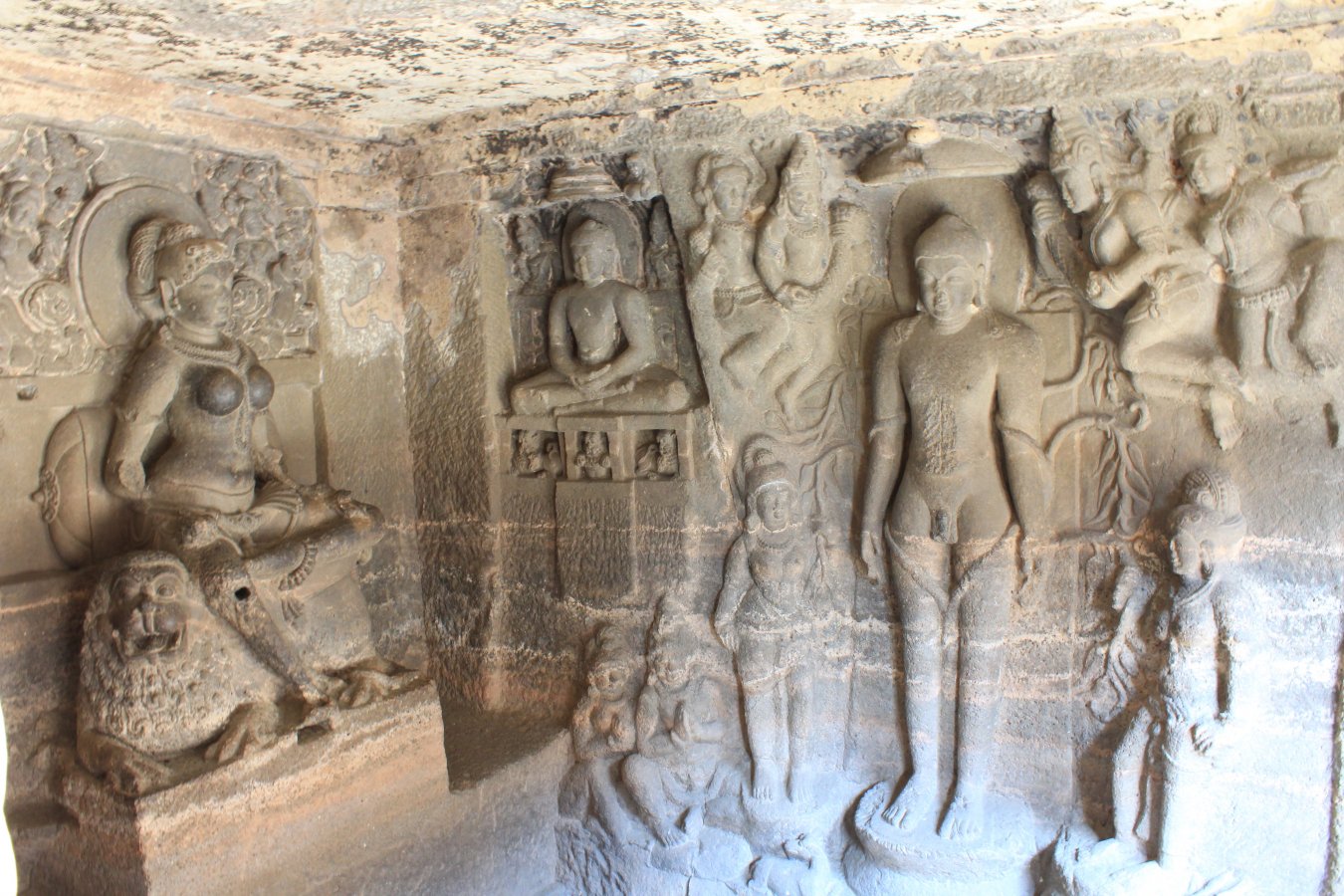 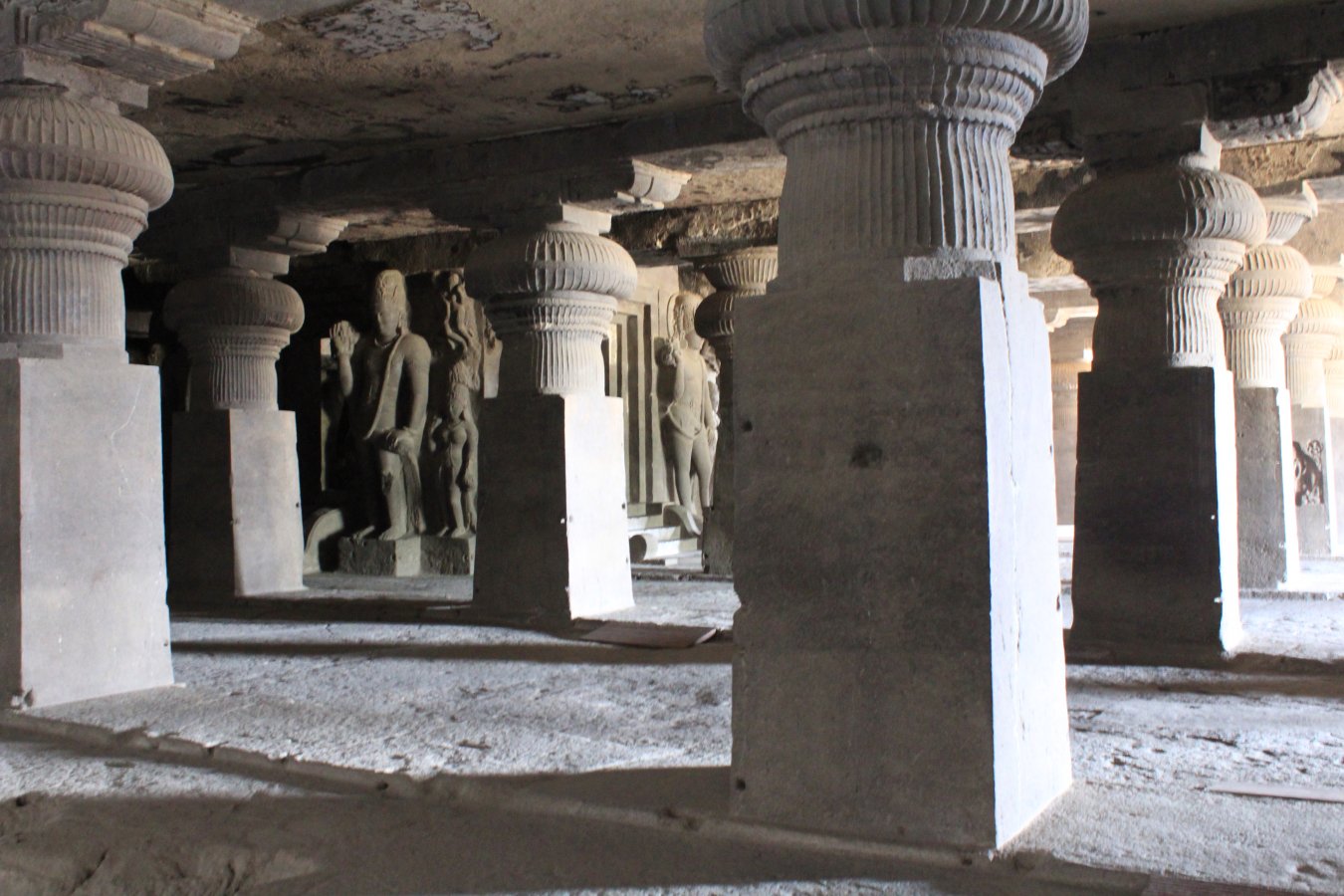 We were done with the visit by around 12 PM. Had lunch at the MTDC hotel inside the Ellora premises. Finally it was time to bid adieu to Ellora. Started back to pune. Had a short photo break at Daulatabad view point. 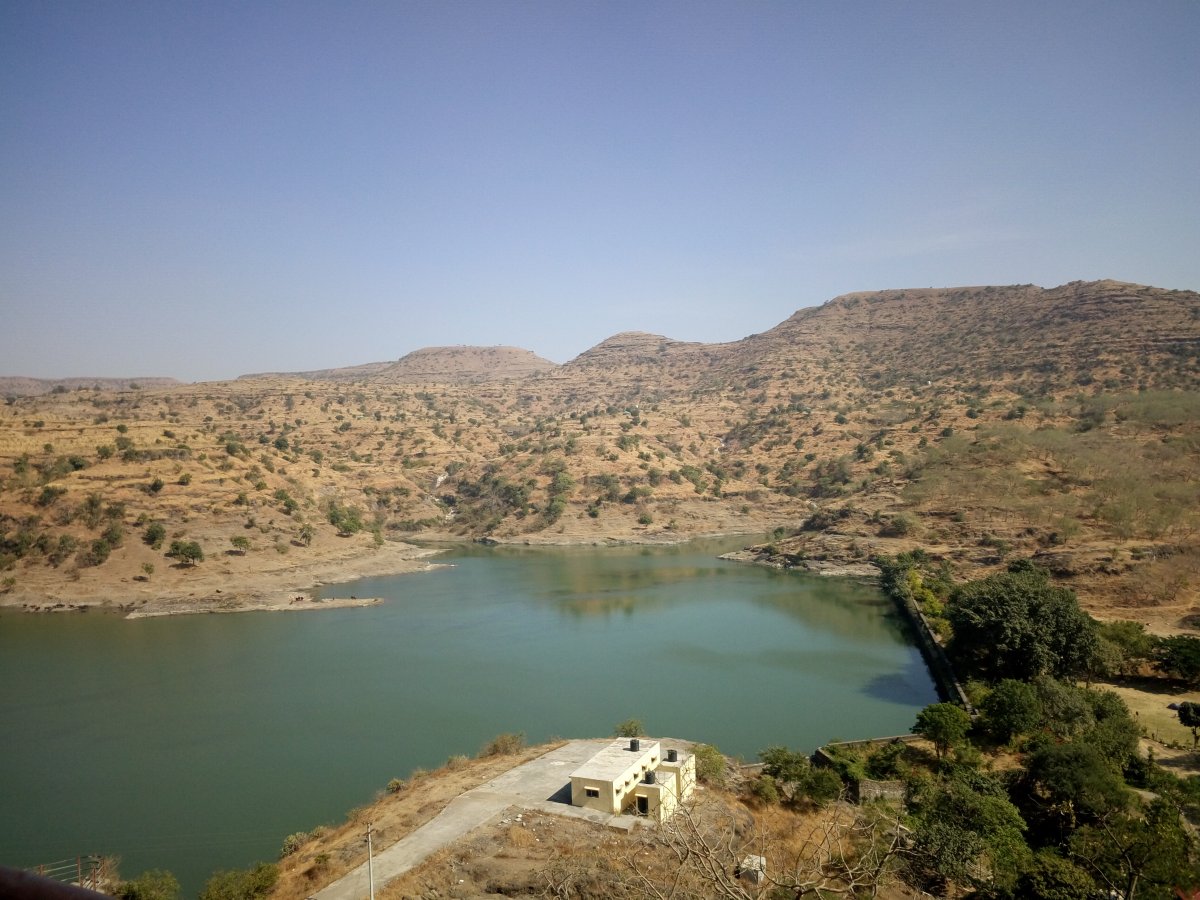