Mid life blues - Our trip to ladakh on 2 wheels

since i had done the trip before the onus of planning the route & time fell on me. decided to do the ride in september as the month was full of red letter days on the calendar so getting leaves was easier. we decided on a 3 week of escape. initialy we were thinking of riding from kanyakumari but on second thoughts became saner as 3 weeks wouldn't be enough. in our stage of life just getting leave from the jobs isn't enough getting leave from home is the hardest part. most of the guys who did the circuit praised the help and cooperation of their better halves. but my better half was fuming from the very point i told her about our ride, she never helped me in anything but tried her level best to put a spanner in it. initialy grand plans were suggested but the experts like yogesh, dheeraj sharma of DOW etc suggested the right way to do it and we became saner. we had plans for suru- zanskar, nubra valley, marisimik la, hanle, chushul and what not.slowly one after the other the places were struck off the list for the next time.suresh and satish used to come over and we discussed every thing over a bottle of scotch

. finaly the scotch got over

but the plan was still in limbo. satish was entrusted with getting the things we needed we ordered many things online most of which we got prior to our d day. booked our tickets for the 5th and 24th of september. parcelled our bikes through the railways on the 3rd. provision to carry extra fuel was entrusted to suresh who postponed it to the next days and ultimately we had to curtail our trip, to some extent.
Last edited: Oct 14, 2016

post updates sir, I am eagerly waiting for the story.

we boarded the train to Hazrath nizamuddin on the 5th 5.30 pm. we were seen off at the station by my wife and suresh's uncle & his son. the train journey was as usual a boring affair. there was lots cockroaches on board, so much that if we bought food and kept it unattended for a few seconds they would come swarming to have a bite. so much for the swatch bharath abhiyan of the railways. our stock of alcohol got depleted by the first day itself . one incident in the train gave us a very bitter feeling. we were some where in the mumbai suburbs when 2 boys entered our compartment, we had just finished eating our non veg lunch. one of the boys longingly looked at the left over chicken bones and pointed it to his companion. he asked me for it

and almost took it from my hands. i forbade him and ordered a non veg lunch for the two from the caterers. but alas non veg was over hence they were given veg lunch. we were depressed thinking of the incident. we slept a lot and when ever net connection was available watsapped our friends and relatives. reached Hazrath Nizamuddin on the 7th 2pm. we were received by one of satish's friend prashanth aka masthan. we first loaded our luggage in his cars and transported it to our guest house. then we returned and got our bikes from the parcel office. we had removed the indicators of the bikes fearing breakage. we fitted them back and rode back to our guest house 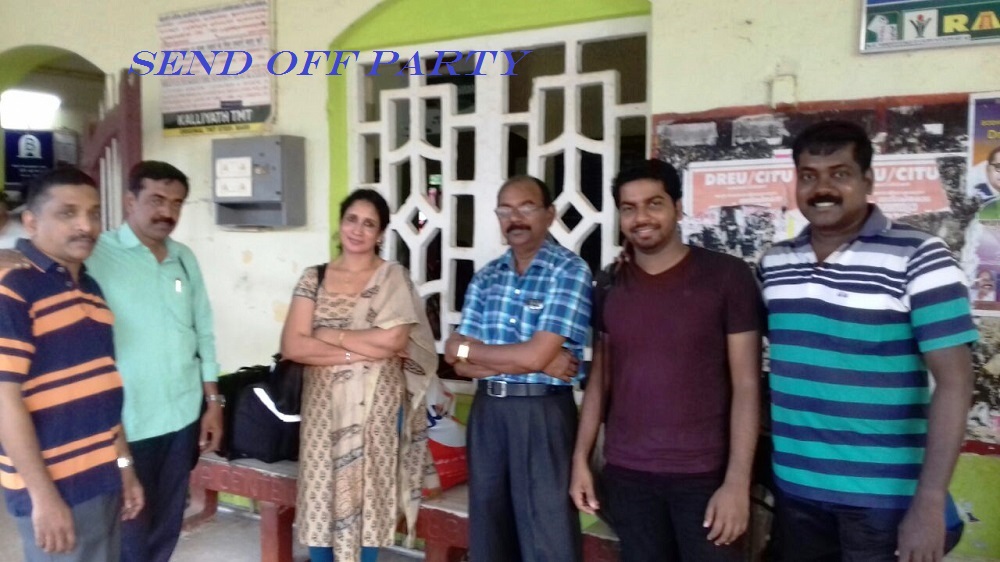 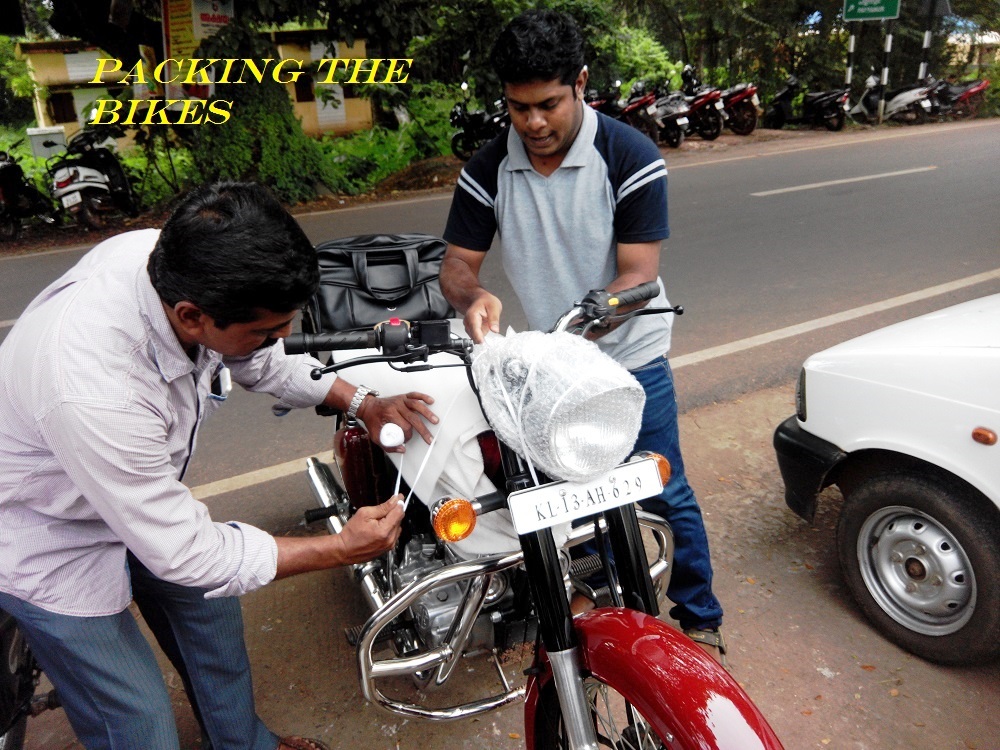 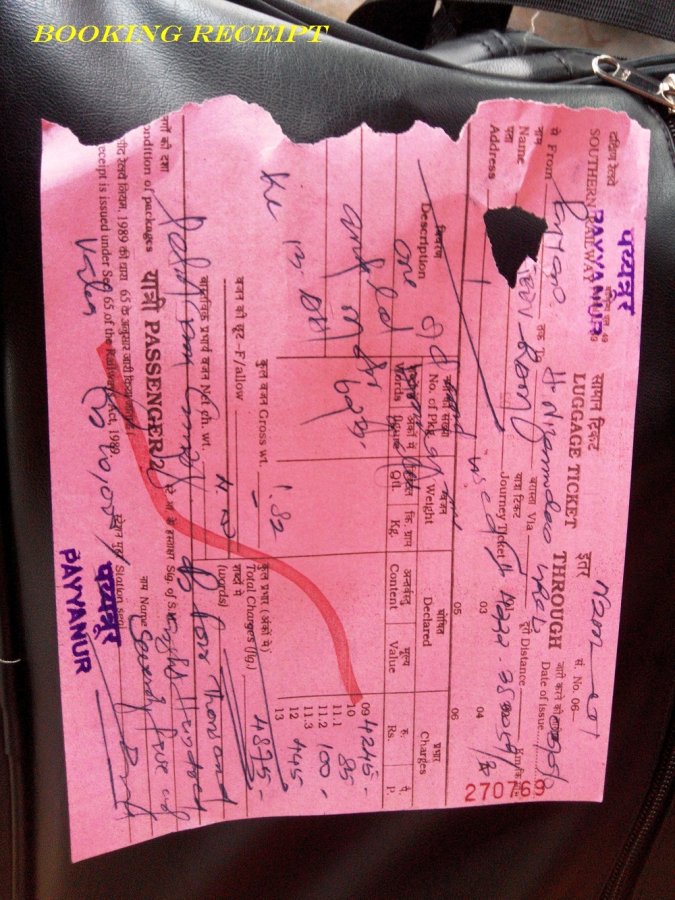 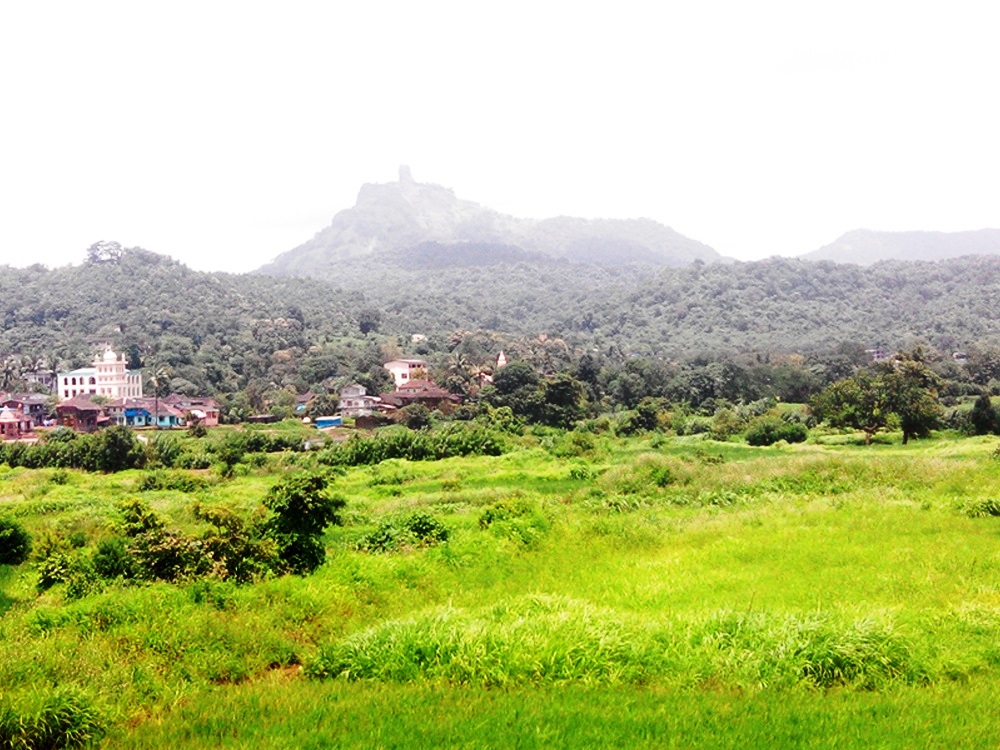 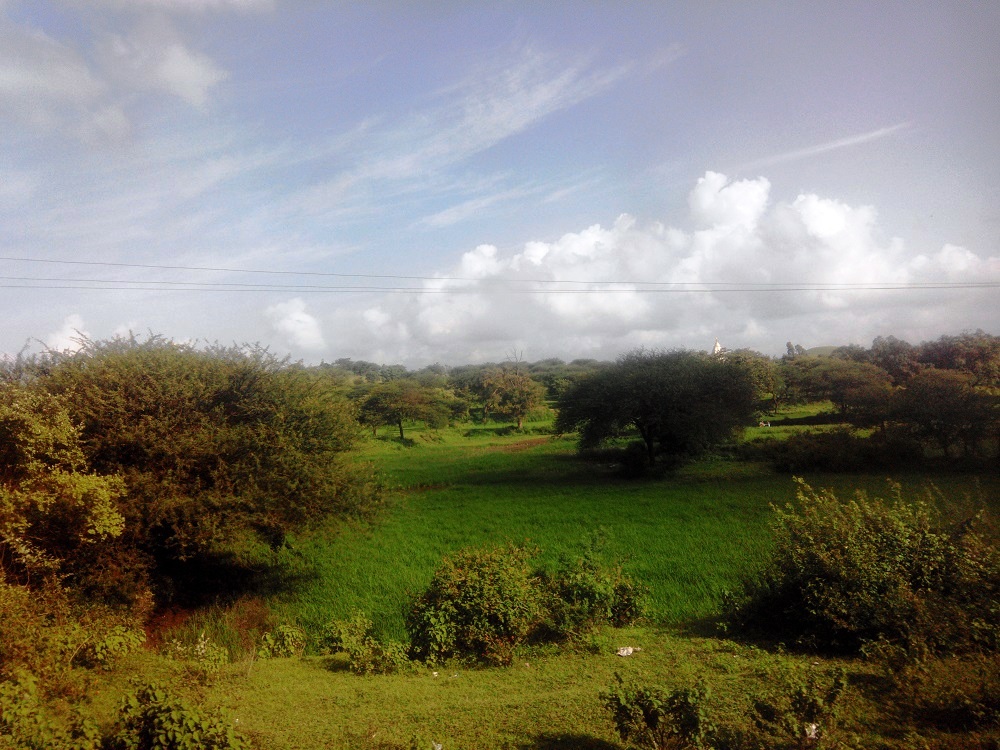 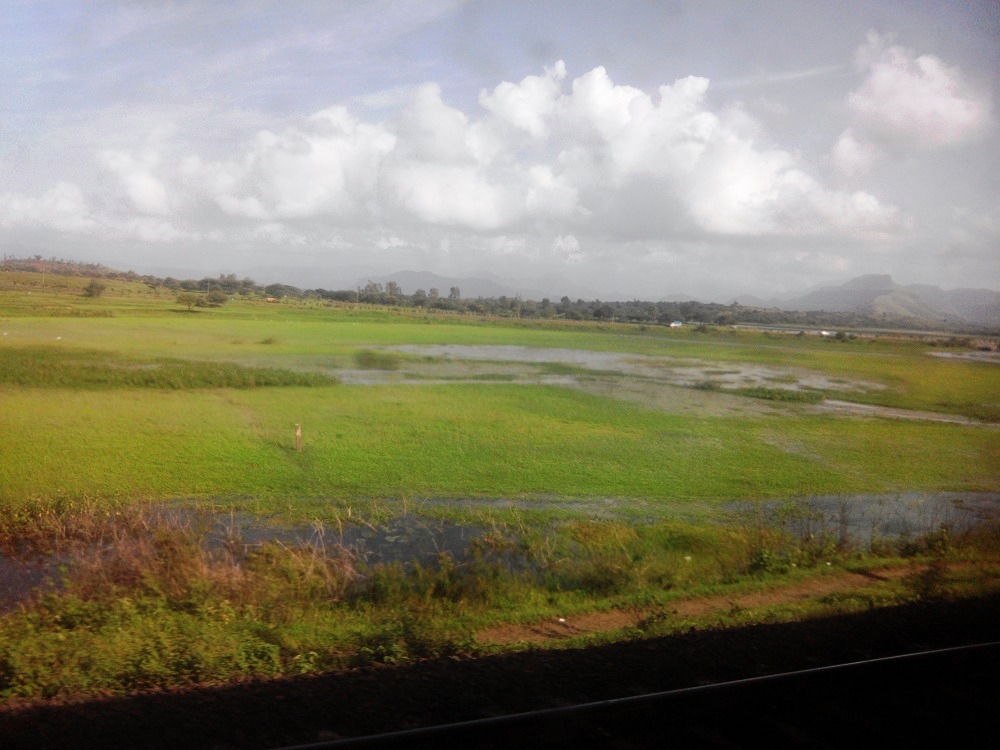 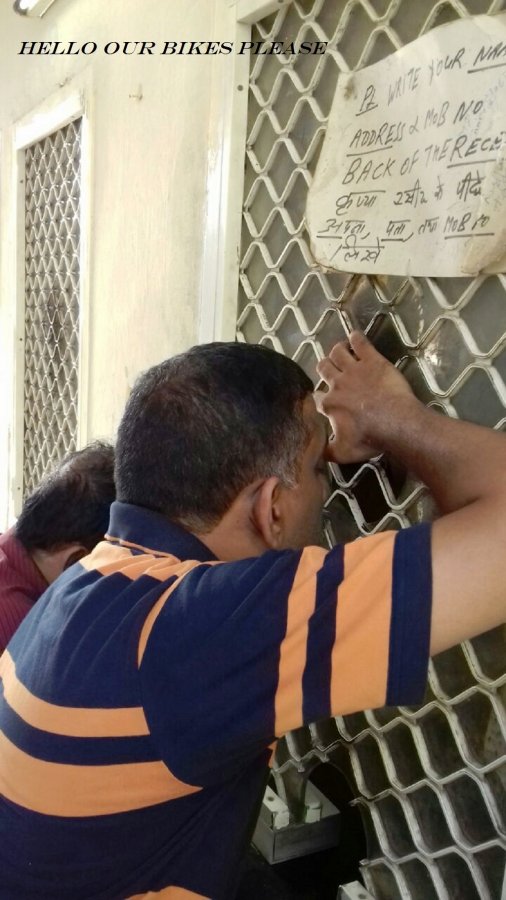 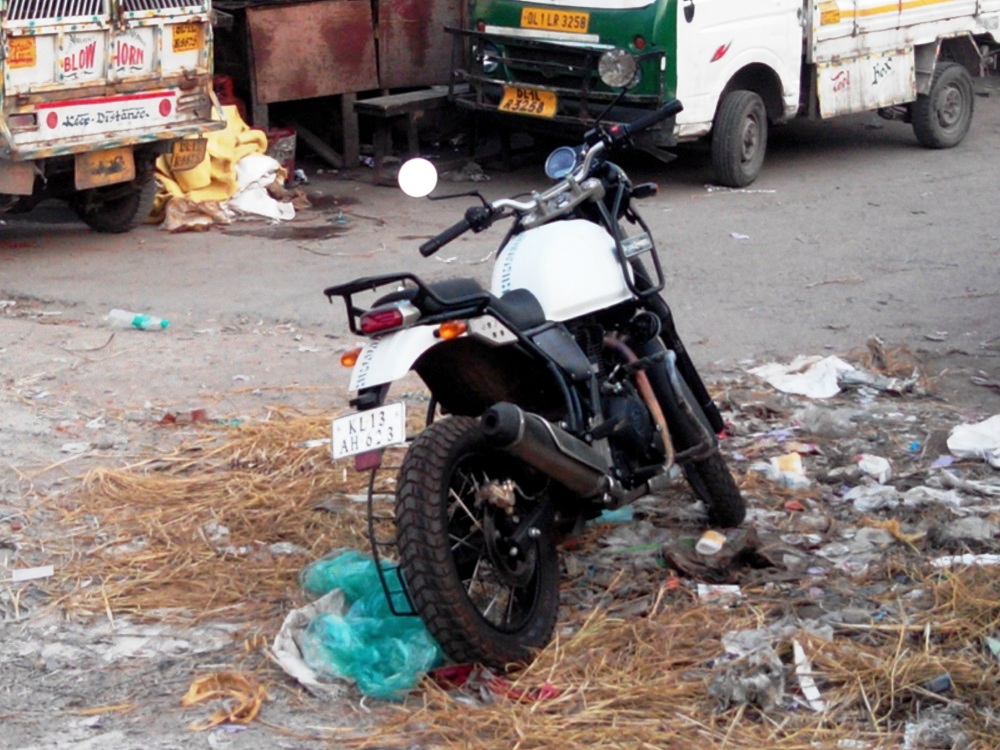 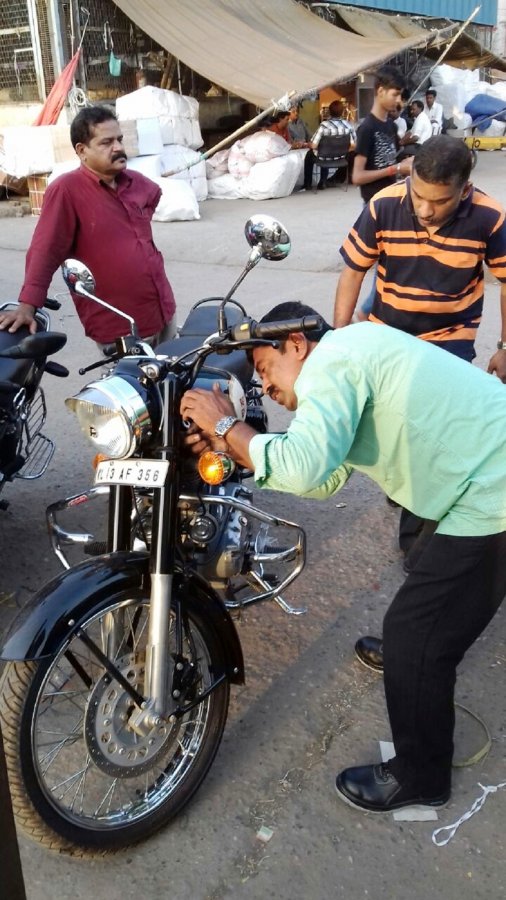 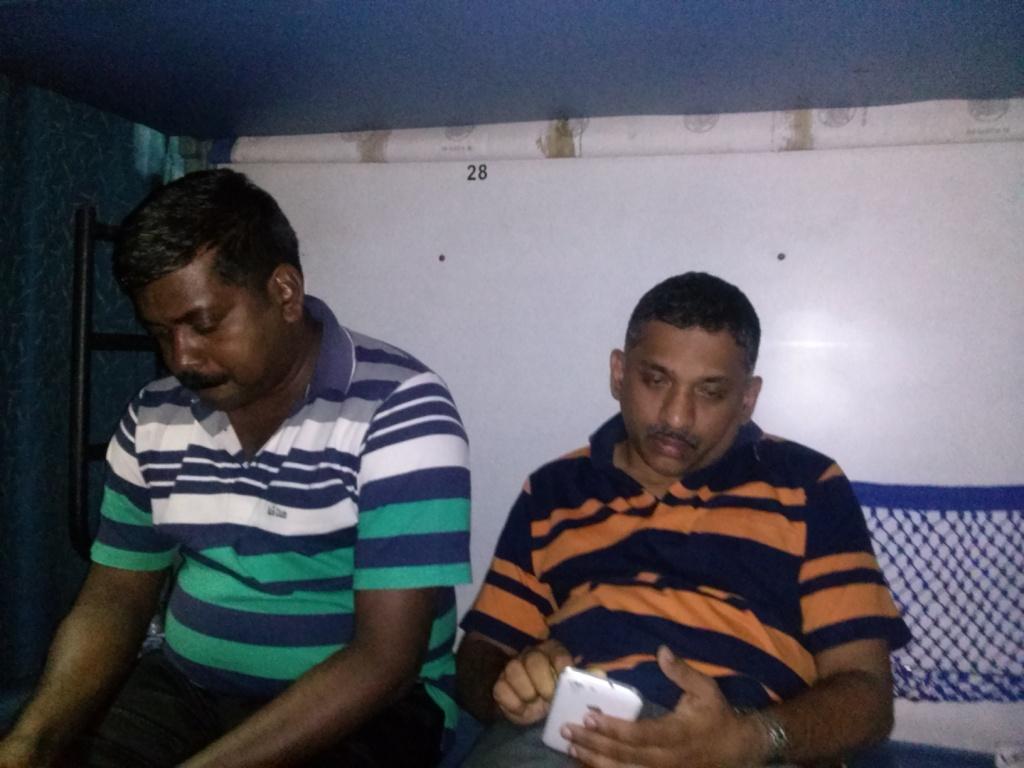 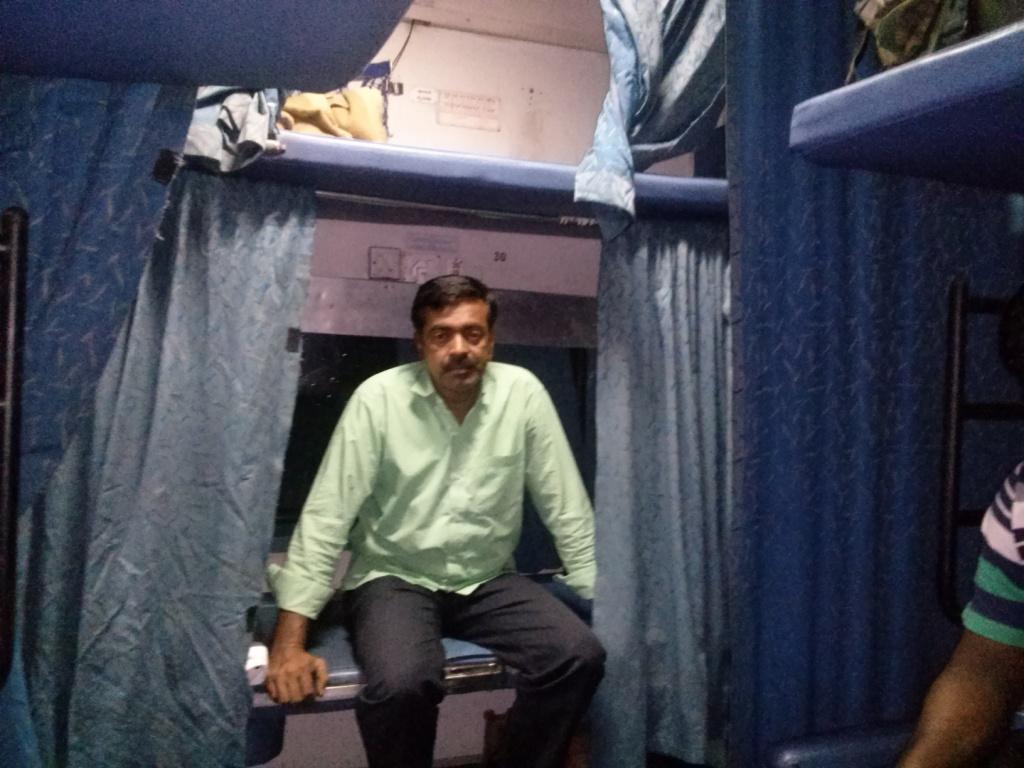 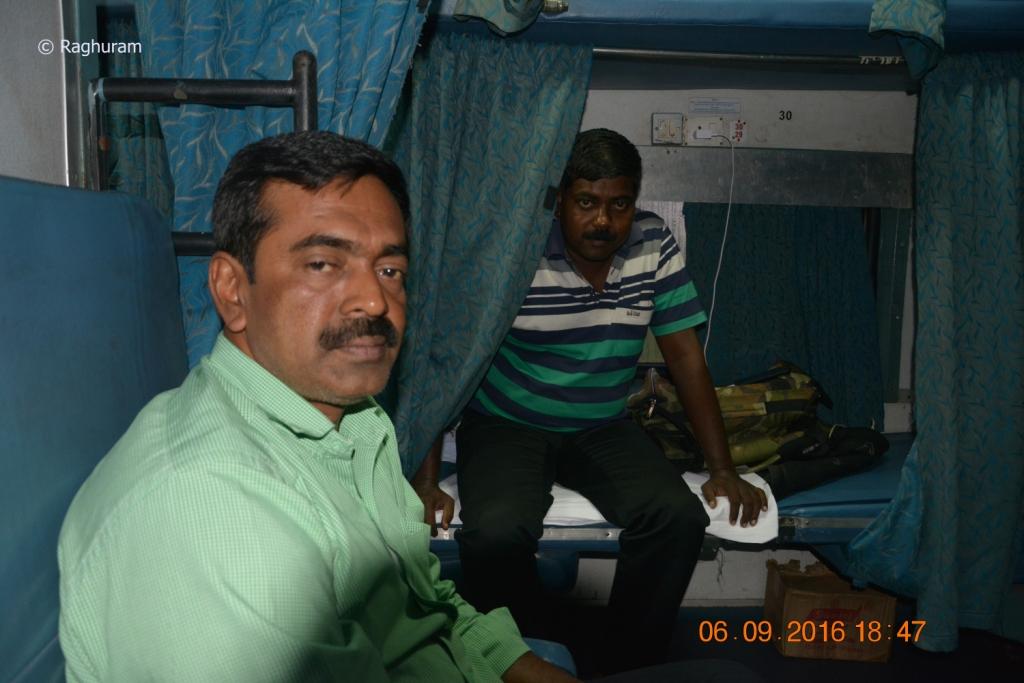 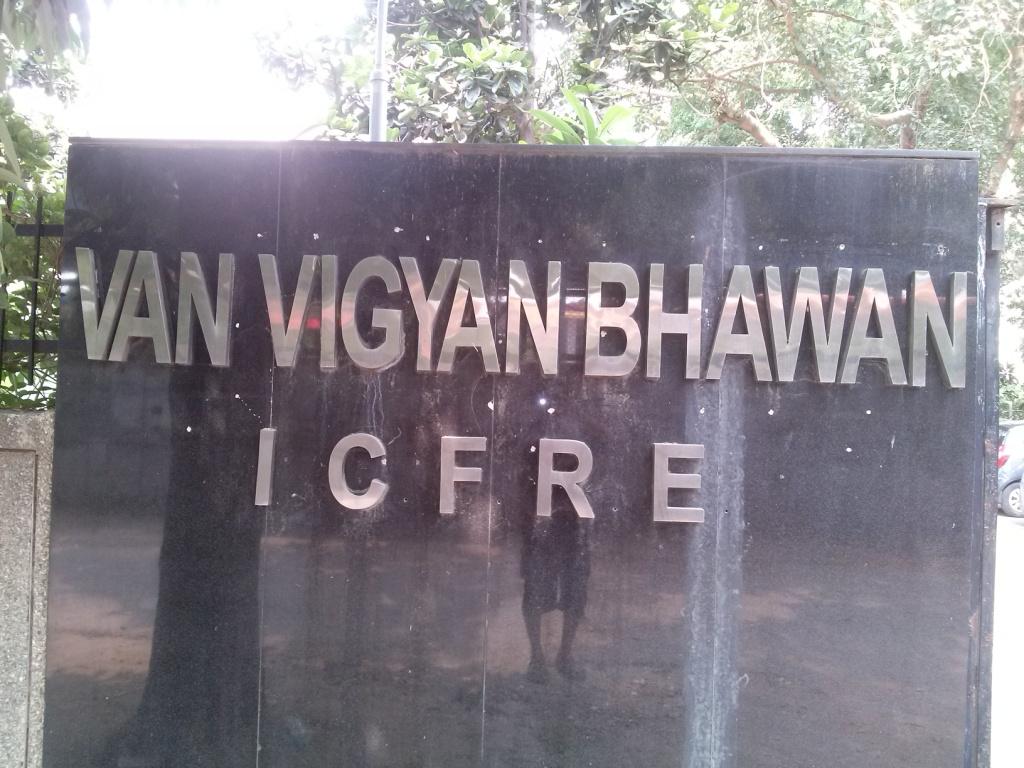 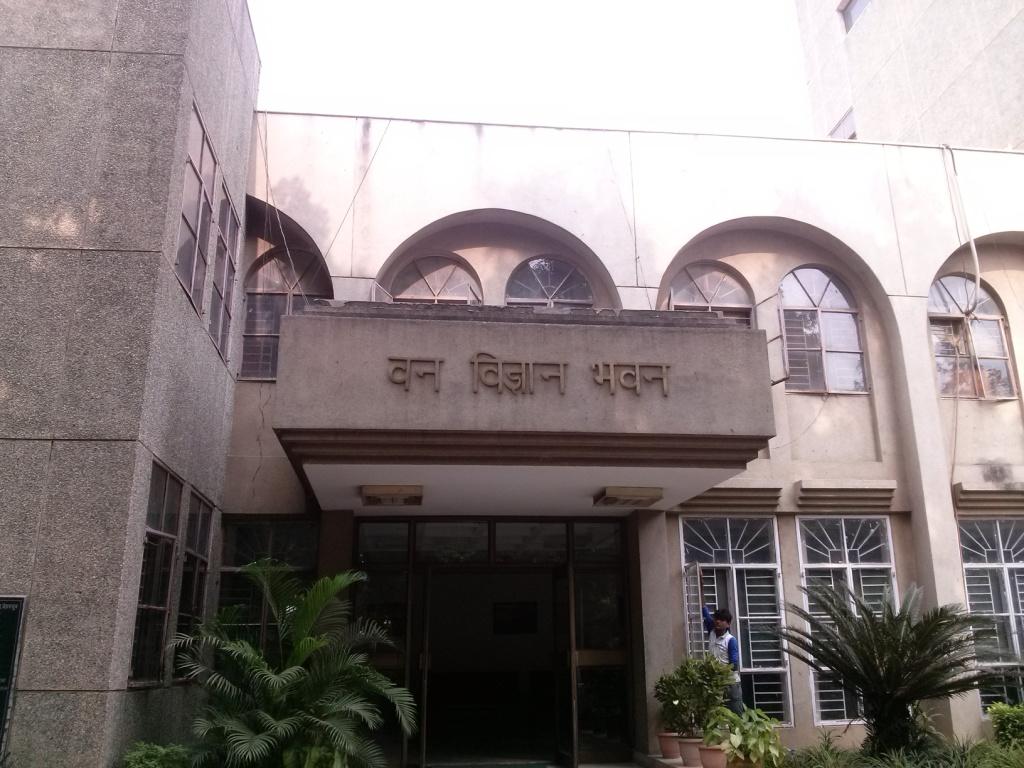 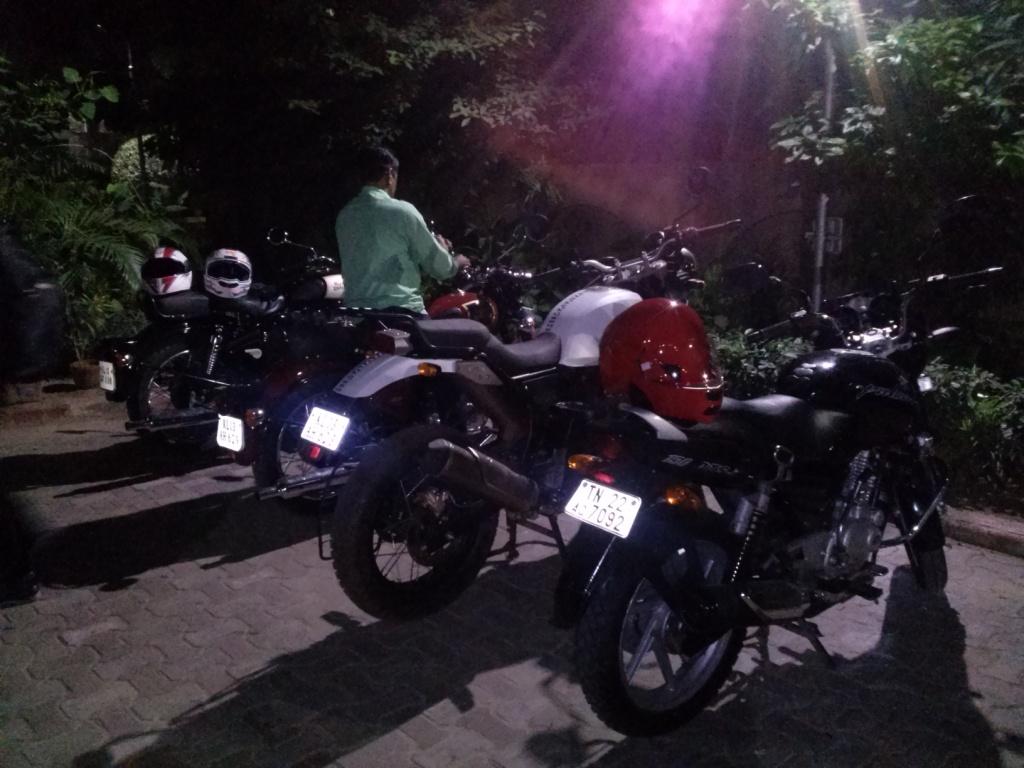 satish was seeing prashant after many years so they were hitting it out. we partied late into the night and hit the sack only by 11pm. 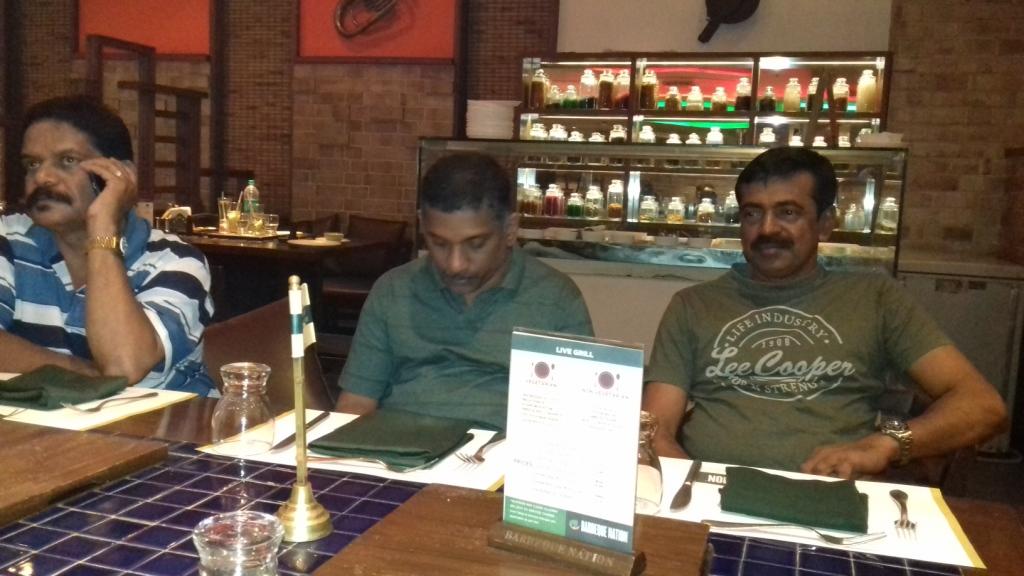 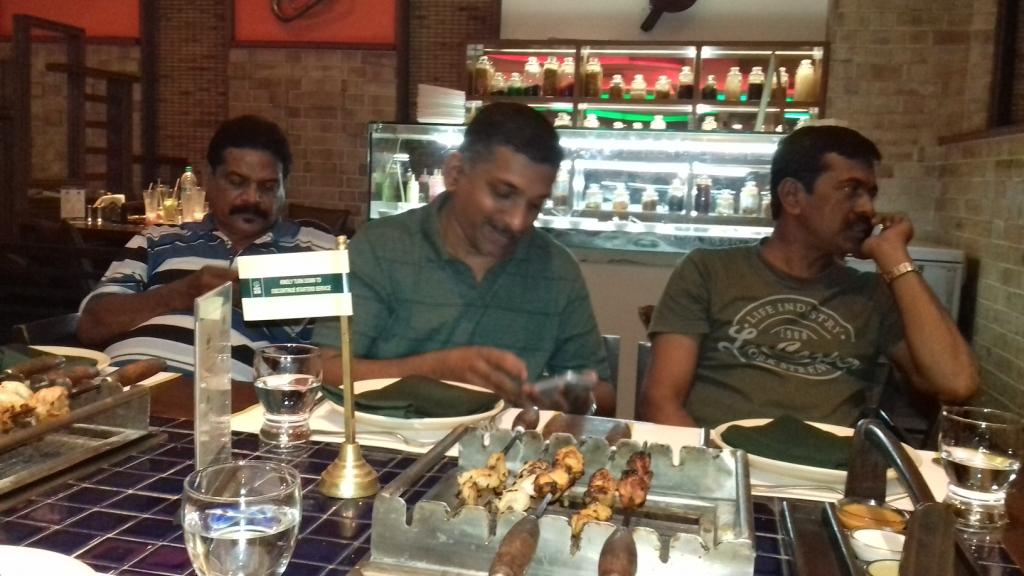 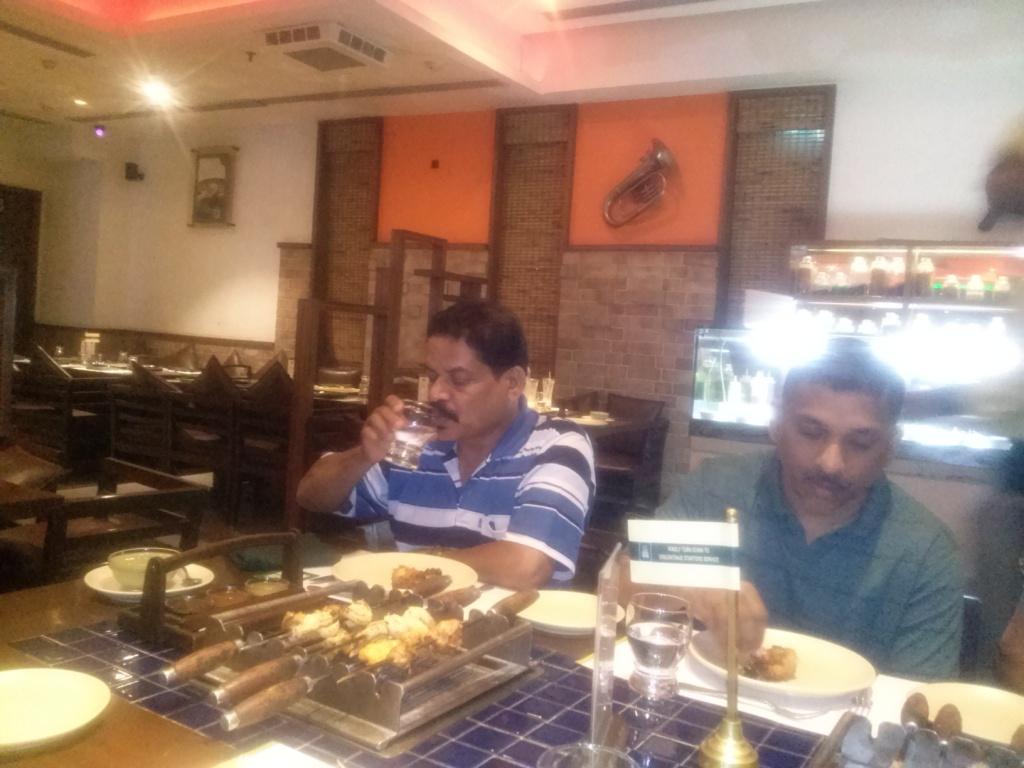 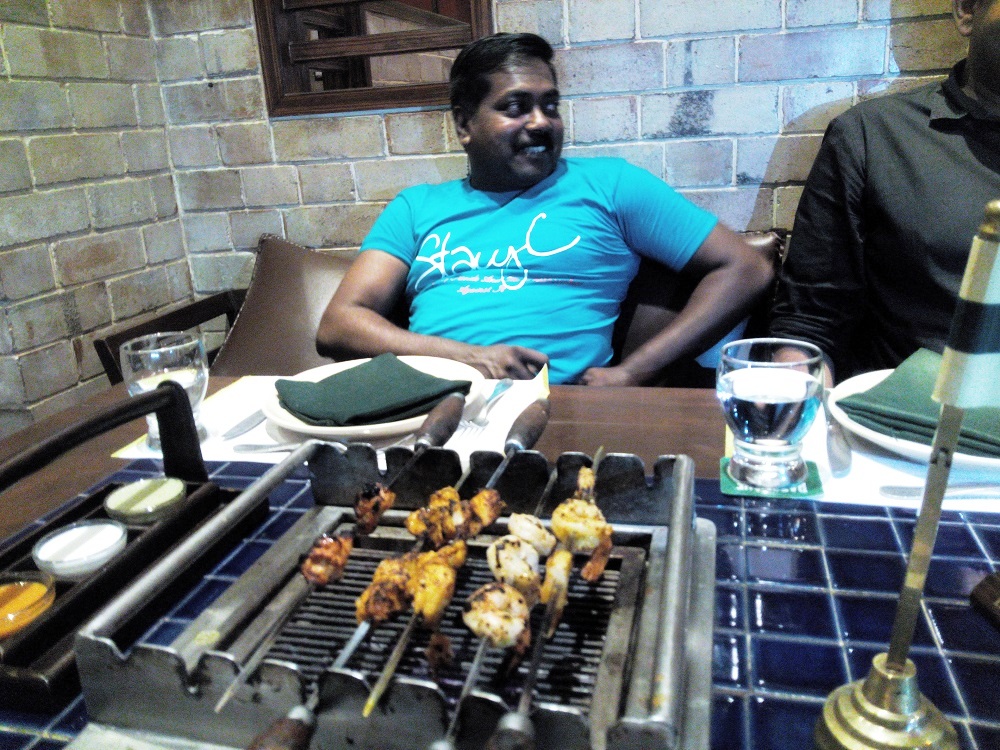 Excellent
waiting for trip details with lots of pictures

we got up at 4.30 am on the 8th of september. our destination for the day was manali. since we were tying the baggage on to the bikes for the first time it took us more than half an hour. we hit the road by 6 am. ramji's bike was equipped to attach the Map my india GPS. he led us out of delhi in half an hour as the traffic was thin. the roads were a breeze. we kept a steady pace and kept everybody in visual range. i was leading the pack on the highway. our pace ranged between 80 - 100 kmph. our first break was for break fast somewhere near to panipat. our next break was for lunch some where before chandigarh. during our lunch break we met some mallu bikers. they had come from the gulf and rented bikes from delhi & were going to rohtang and back. we wished each other safe riding and they rode on. we again met them at rohtang pass. we breezed through chandigarh some time in the aftenoon. 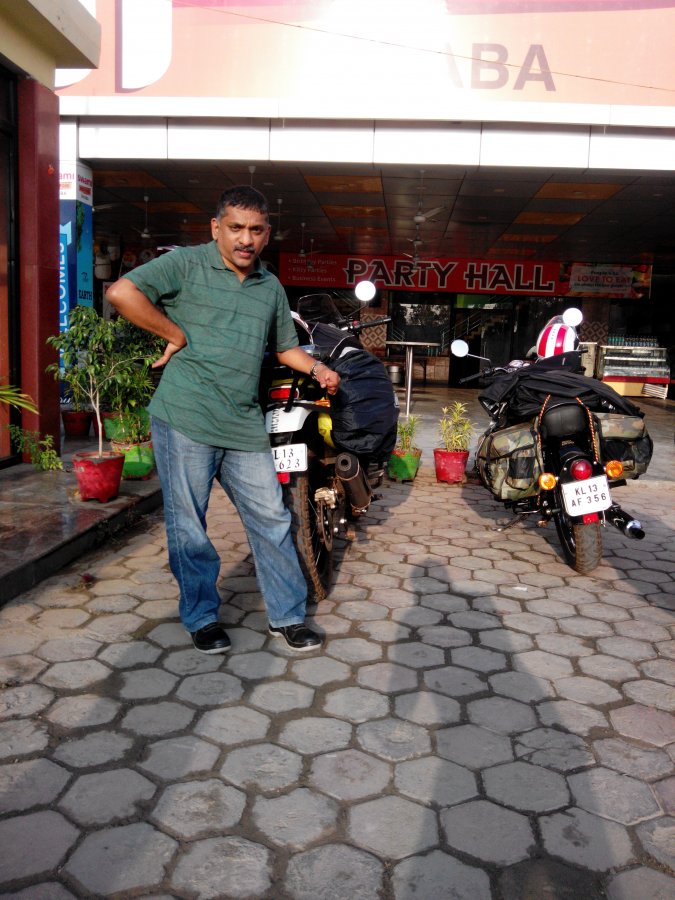 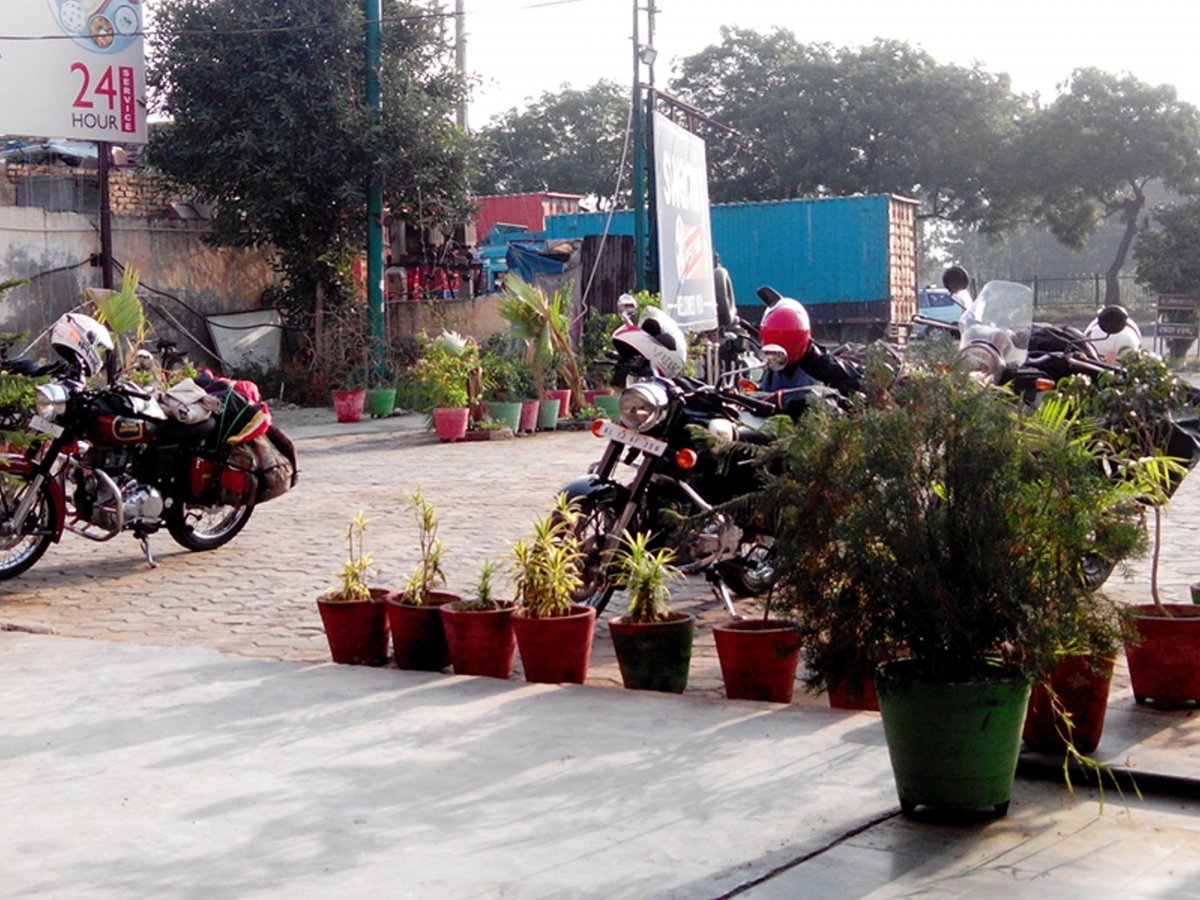 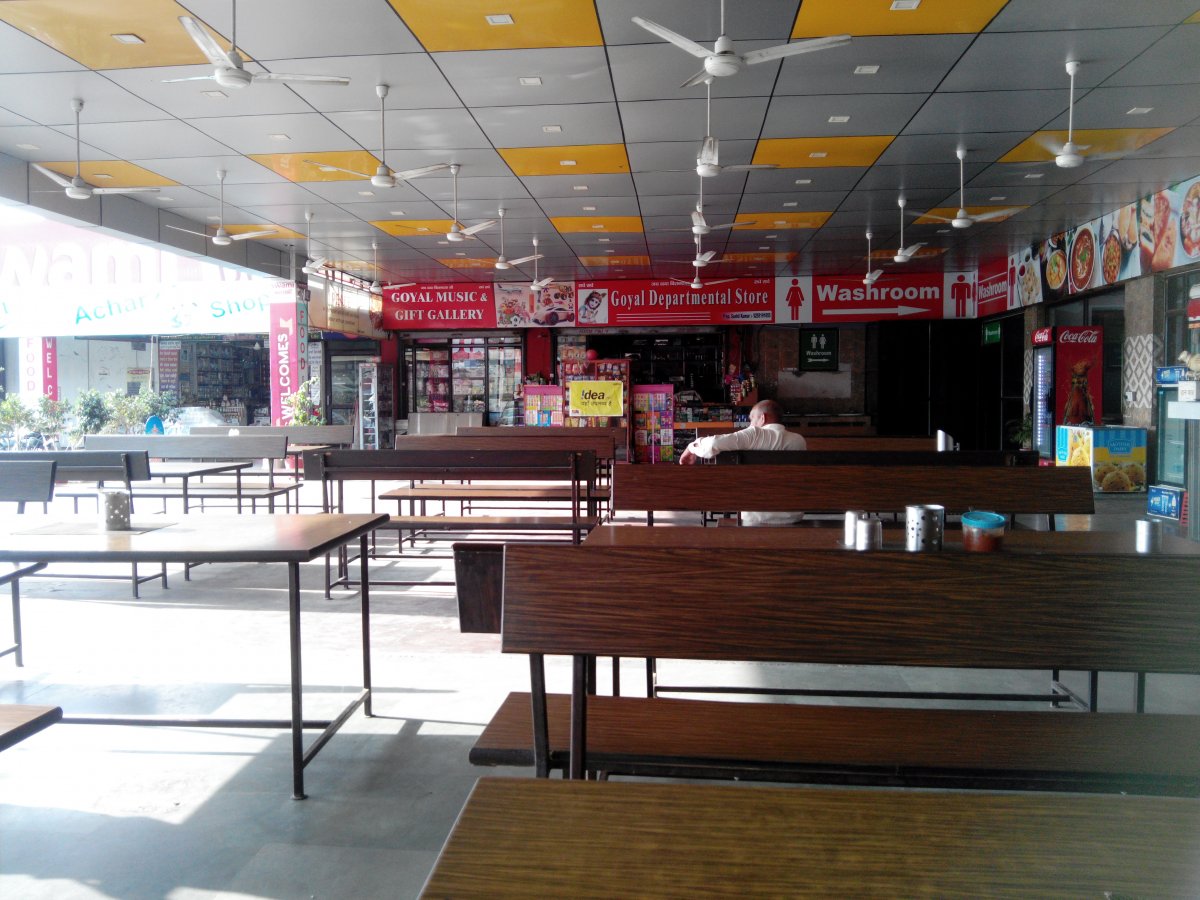 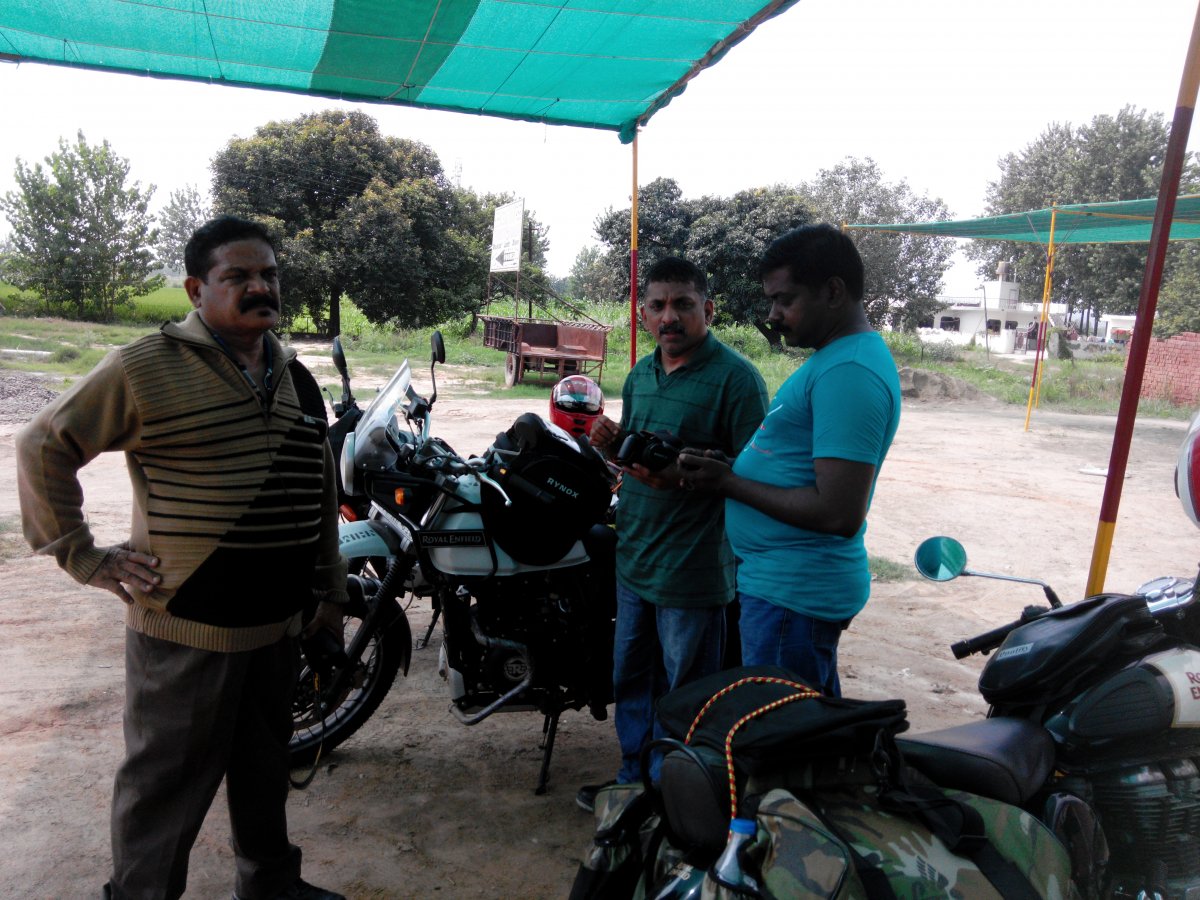 when we entered the mountain roads our speed came down. we enjoyed the twisties and was progressing towards manali at a fair clip. the air became cooler but then we started seeing clouds in the distance. nature decided to play spoilsport and it started raining from barmana. at first it was a drizzle which later on became heavier and forced us to stop. we pulled out the rain cover of the saddle bags and the tank bags and covered them. we ourselves donned the raincoats. there was no let up in the rain and we started riding in the rain. we lost nearly an hour and half at this un sheduled interruption. the riding became tougher with the trucks splashing water from the puddles on the road. the vehicles all started slowing down due to the rain hence overtaking them became difficult. it became dark and every one switched on the headlights which again made life difficult for us. a particular stretch of road just before sunder nagar was under repair and widening. there was no tar in that section and fresh layer of soil had been put which became water logged and very slippery. satish's bike was a year old and the tyre was 10 k kms old and he started slipping and sliding .we had a harrowing time in that section. the truckers were having a ball. they blasted their horns and came tearing down from front and back with their halogens in highbeam without giving any thought about us. we took it all in our stride and rode on praying that non of us would fall down

.it was a trailer of what to expect in ladakh. on entering sunder nagar we decided to call it a day. we called our agent in manali who was waiting for us with the permit and informed him about the change of plan. we then went looking for a hotel for the night.we got one right by the highway and got 2 rooms. what a sight we all looked with mud splashed all over the bikes and the riders

. when went into the room and inspected the luggage it was all wet. but our bottle of Jack Daniels was intact and what a relief. 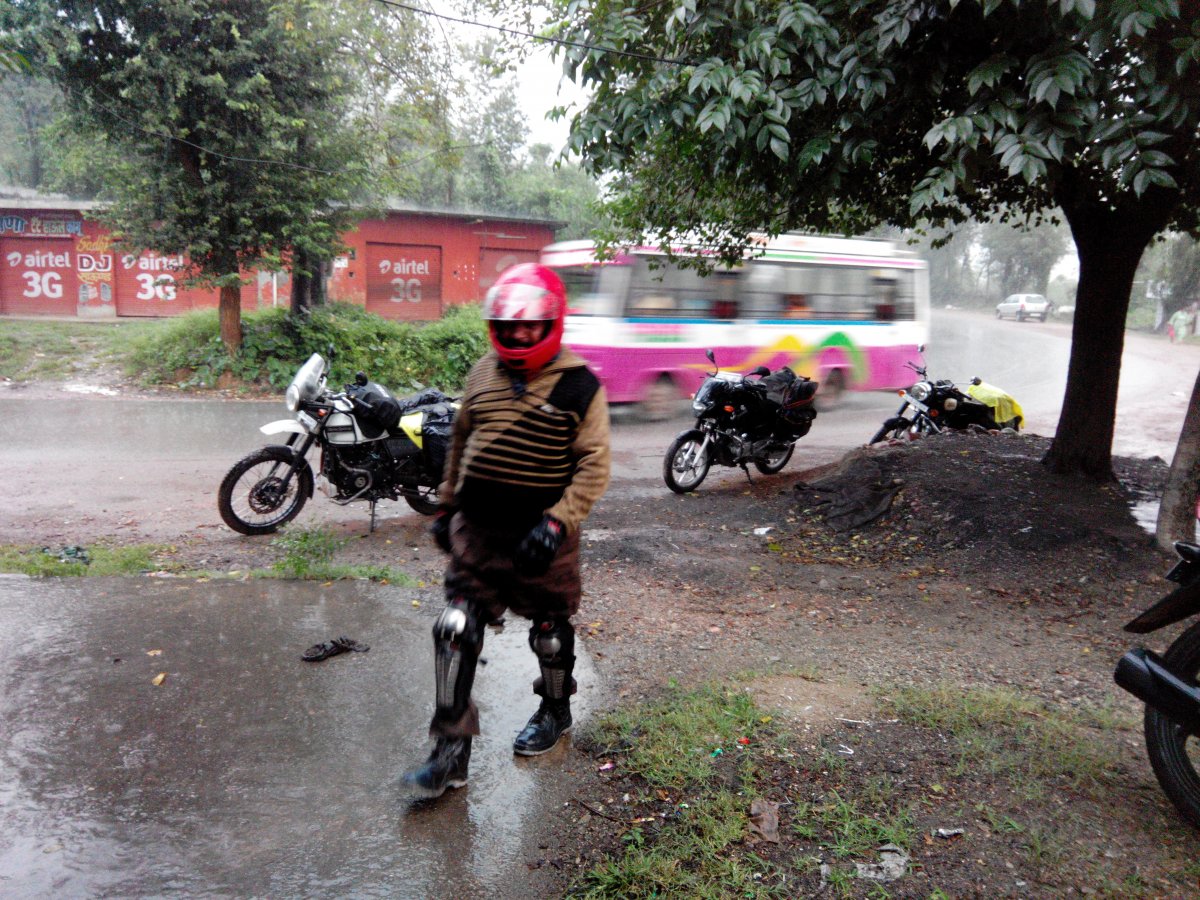 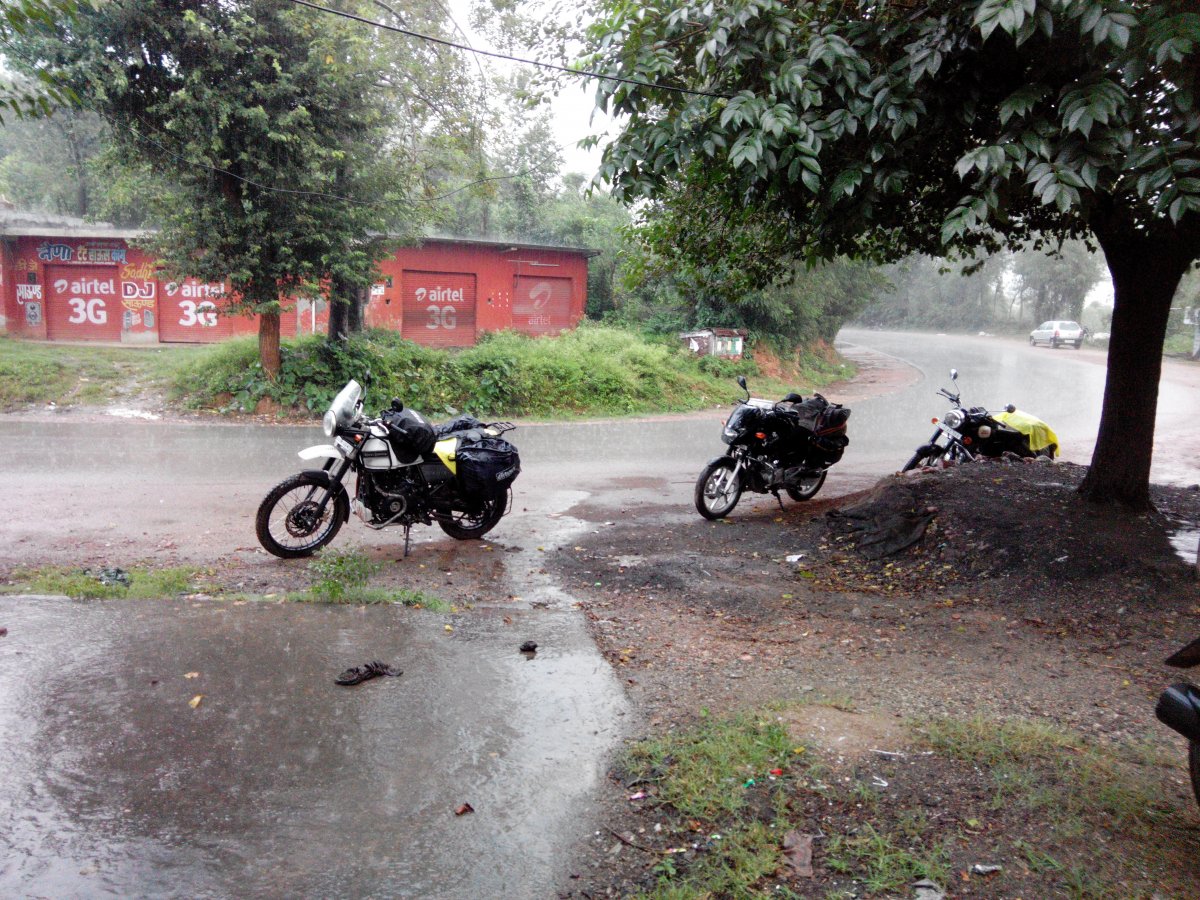 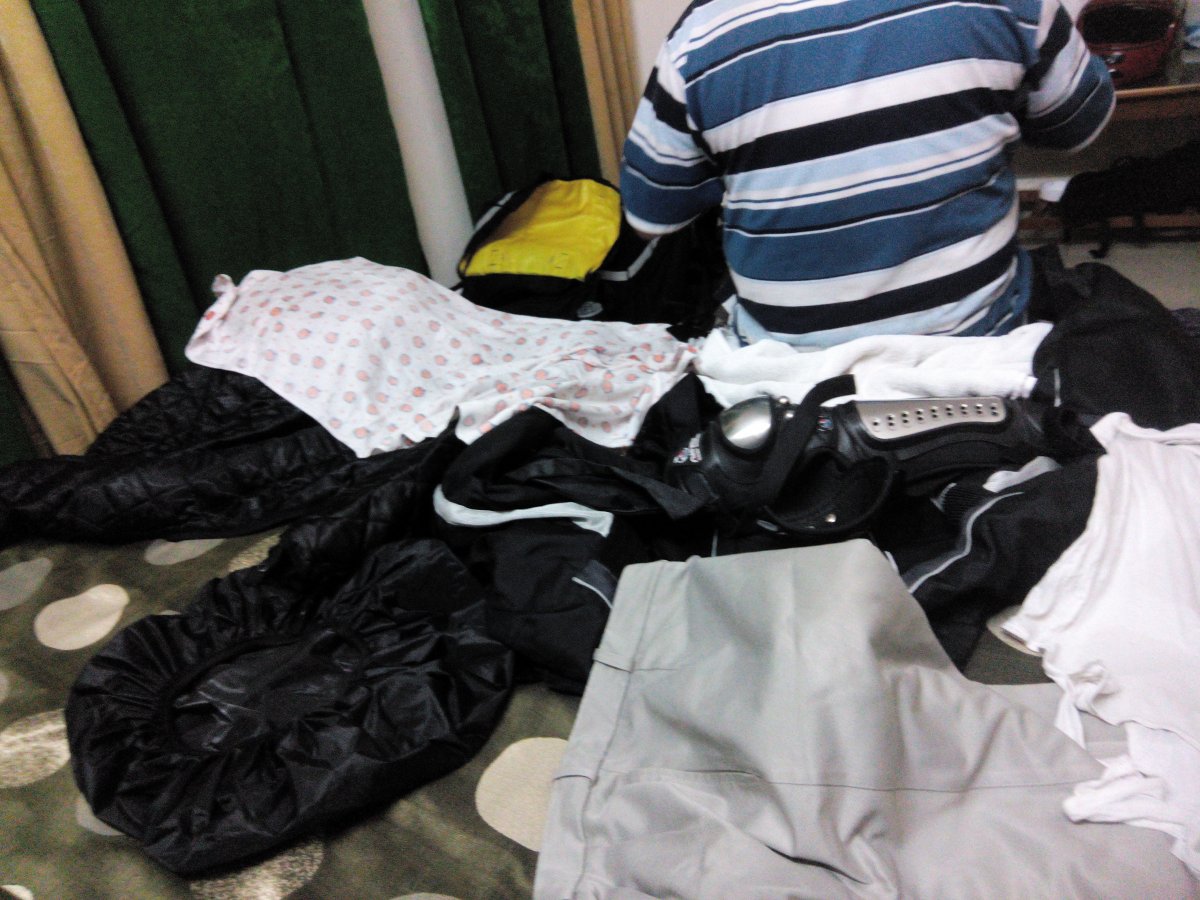 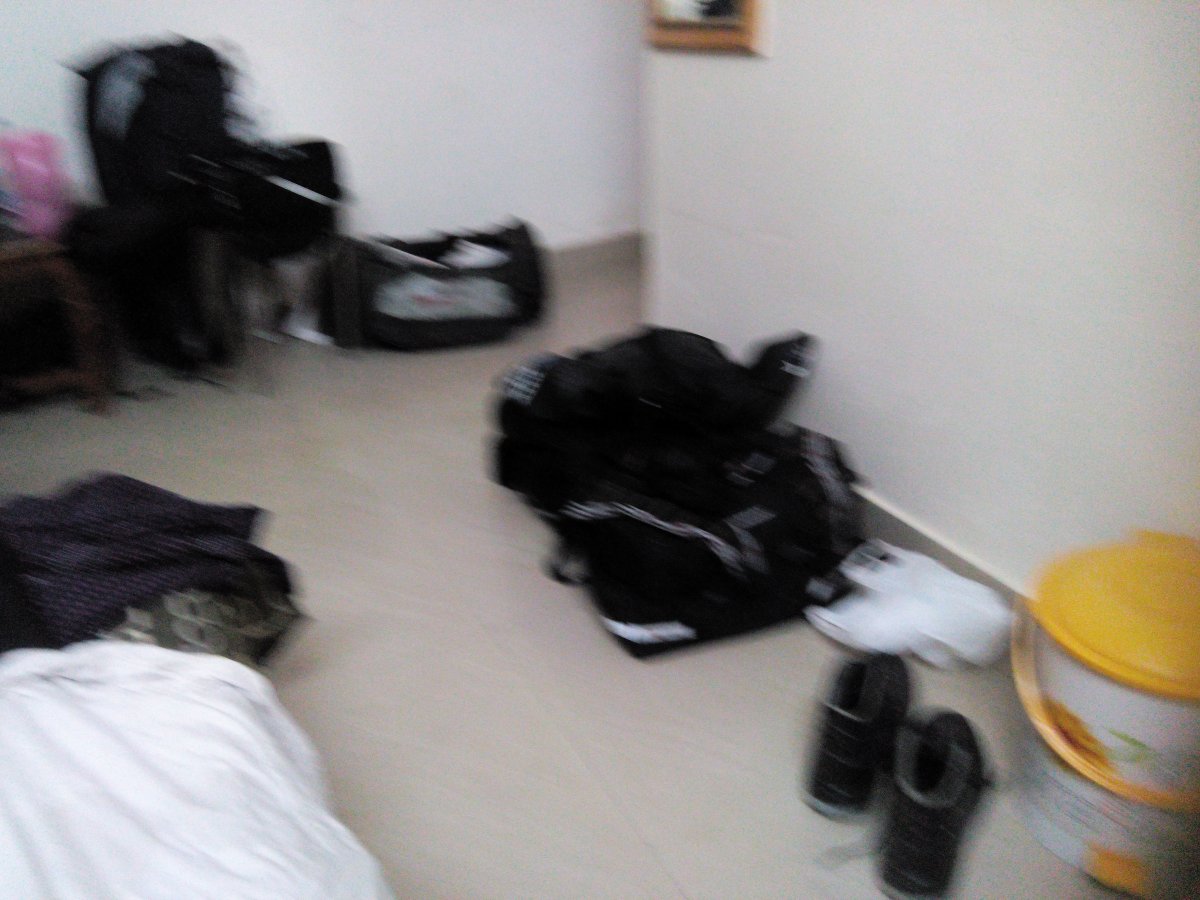 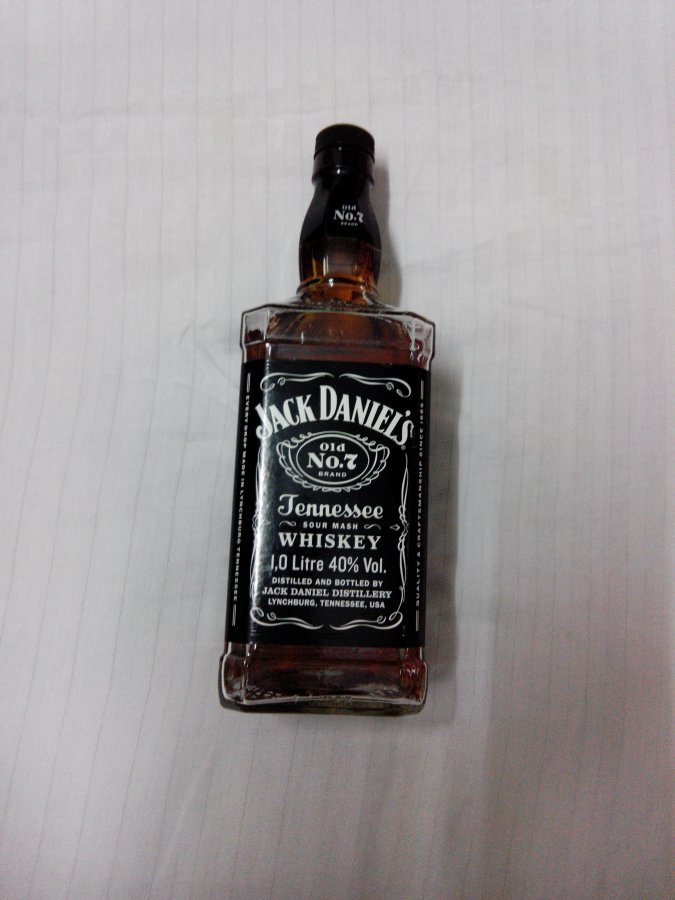