As we checked out of Kausani for our day's destination Manila (referred by Mr Vivek of Mukteshwar MML), I was excited to be able to cover an entirely new route via Chaukhutiya for which I took the right from Someshwar. The landscape changed surreptitiously time and again all through the route as we crossed Dwarahat, Chaukhutiya, Masi and Jaimal.

As a matter of an interesting incident near Masi, when my daughter expressed the need to answer her nature's call, on de-boarding from the car; she exclaimed "Papa, Look!". On spotting what she was pointing to, I found a spread of unripe mangoes on the road-side where I had pulled over. The rain soaked unripe mangoes were a treat to their eyes and together we started on a collection spree.

After a while of driving, passing through Jaimal, we again stopped and I climbed a road-side parapet wall to break off reasonably large branches of unripe mangoes. On tasting one, I found it was too sour to be palatable, though, we still kept it in the car in the hope that my mother could surely use them to make either mango pickle or sauce, which she did later. 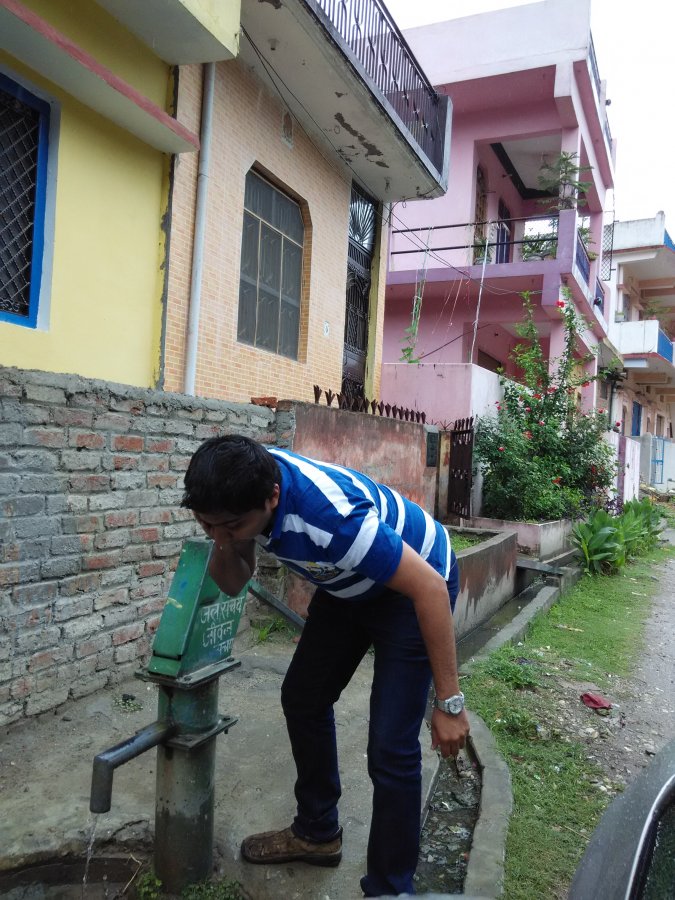 Washing after Mango-Tree Stint after Masi

I had read about the 3-river-sangam of the Gagas, Narur & Ramganga at Bhikiyasain and wanted to visit the place. Fortunately, I could take my car right to the end point of the road where a new KMVN TRH had come up beside the river. After answering our nature's calls, we visited the room (available for INR 500/- per night) which I did not find suitable because of the smell of dampness oozing from the walls and cupboards but I decided that my dad would love the place because it had the feel of Pahalgam where he can conveniently stay for a week ventilated with the nice atmosphere and strolling by the cold yet calm leveled river in the mornings and evenings. Those who know the power, that a flowing river holds, know what I'm talking about. On the swing-bridge, we even encountered a native family who was on vacation here but lived in Rohini (Delhi) now indicating how poverty and lack of educational/employment opportunities forces people to migrate from such quaint villages to cities. 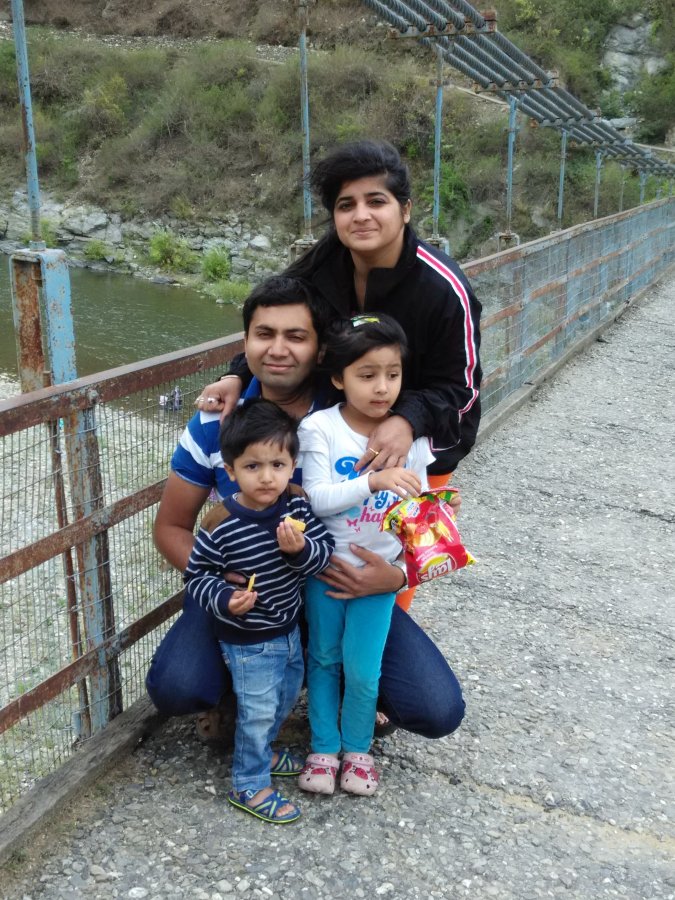 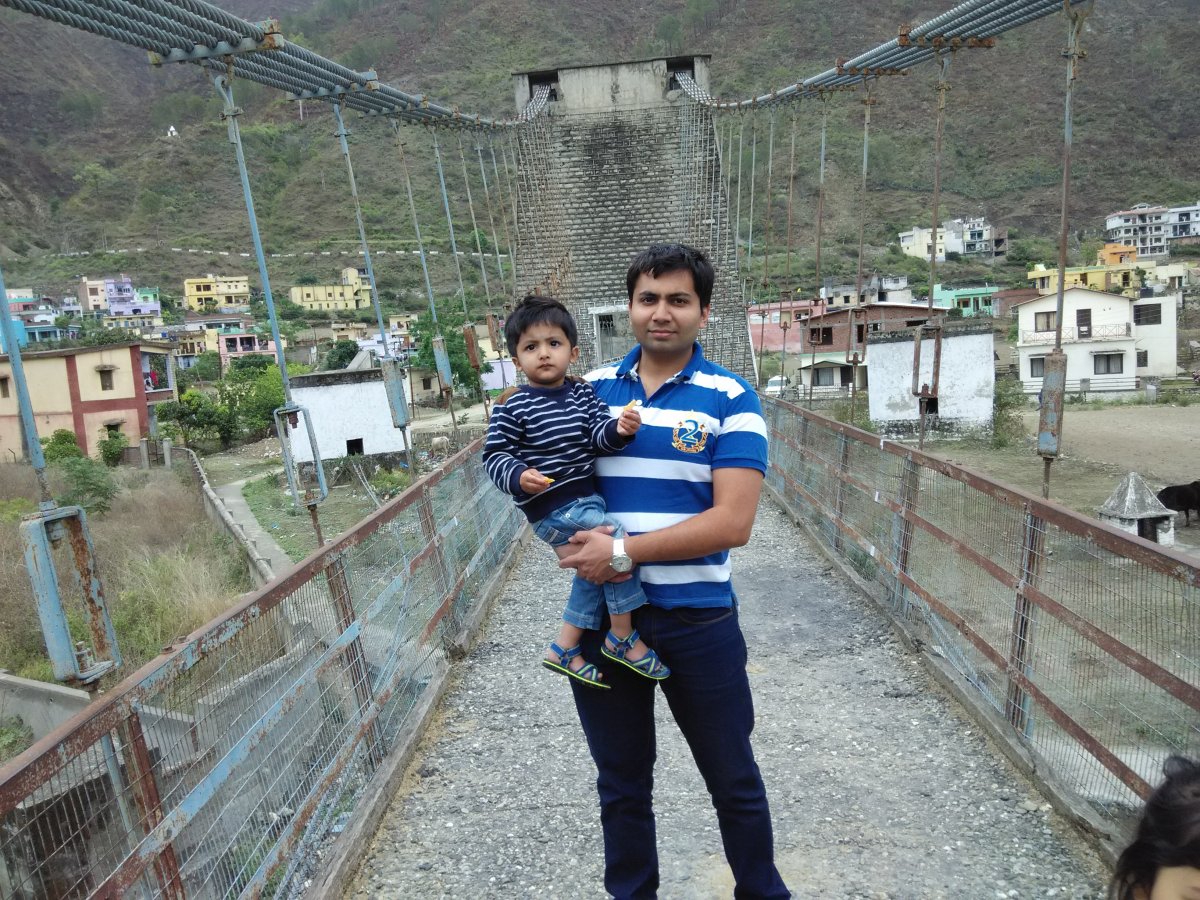 Having visited the Sangam, we retraced our way back to Jaimal, crossed the bridge and climbed the mountain to reach Manila. The Manila TRH was quite ill-maintained and did not suit our requirements for a comfortable stay, especially with the kids. On opening my Google Maps and Trip Advisor, I realized that the best place to sleep tonight will be our Delhi home. On speeding up therefore, an interesting incident happened. In the middle of the way, out of nowhere, my daughter expressed her hunger and I stopped immediately in the first village that we came across. Stopping multiple times, I could not get any milk and after sometime, when I entered a small tea shop; I stopped in silence and kept watching at the old man across the counter. I said "I've seen you and met you somewhere. I know you." He replied "I have also met you and I will tell you where. First, you tell me your name." I said "Ankit Goel". He exclaimed "Ohho Goel Saab. I am Gopal Singh, used to work as Guard in your father's Office Building when you were a small child." And then it dawned on me and I almost hugged him. He promptly helped me get milk from his neighbor who was reluctant to sell milk due to its opportunity cost in selling tea until the milk van would come at 9 AM the next day. He also offered me to drink tea with him to which I refused explaining my predicament to reach Delhi as soon as possible. He also reminded me "Aapke papa to Dhikuli side pe rukte they. Yahan koi achchi jagah milegi bhi nahi rehne ke liye." I later recalled about our 2001 Dhikala Trip when my father had almost managed to steal the availability at Dhikala FRH. He must have shared the trip details with Gopal Singh. 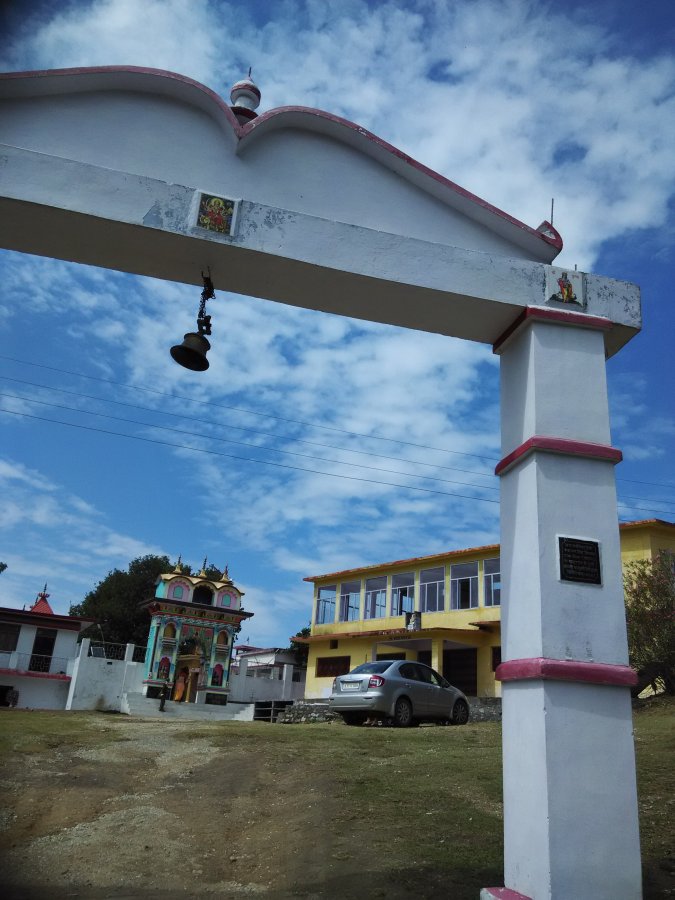 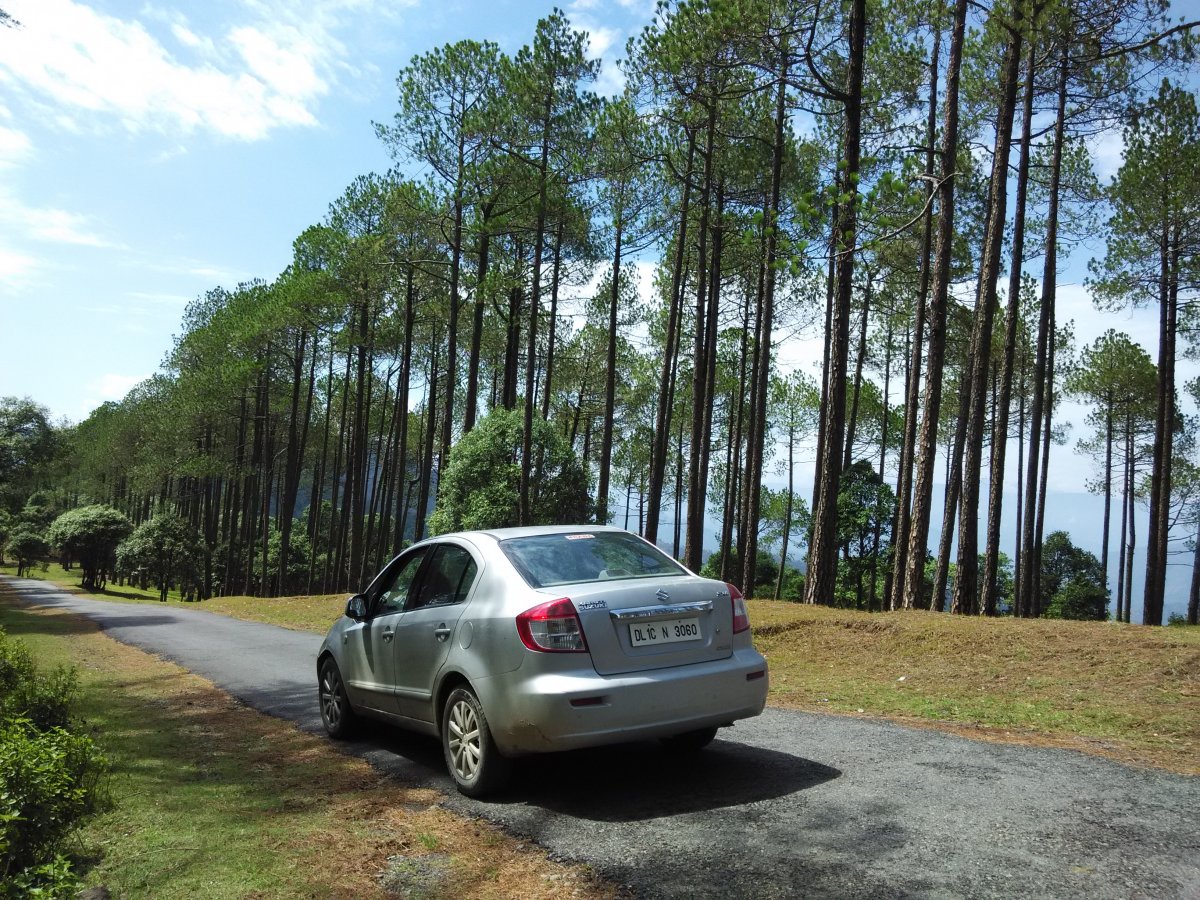 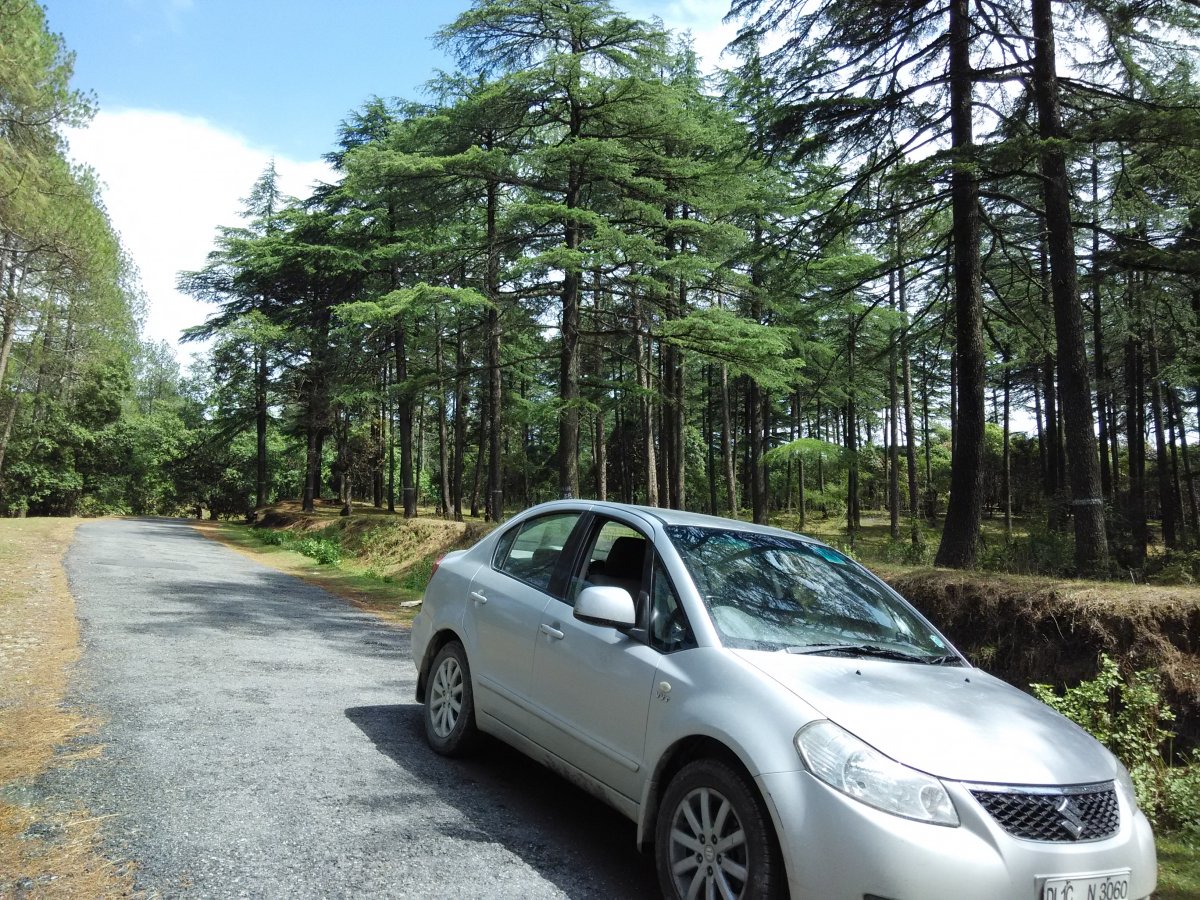 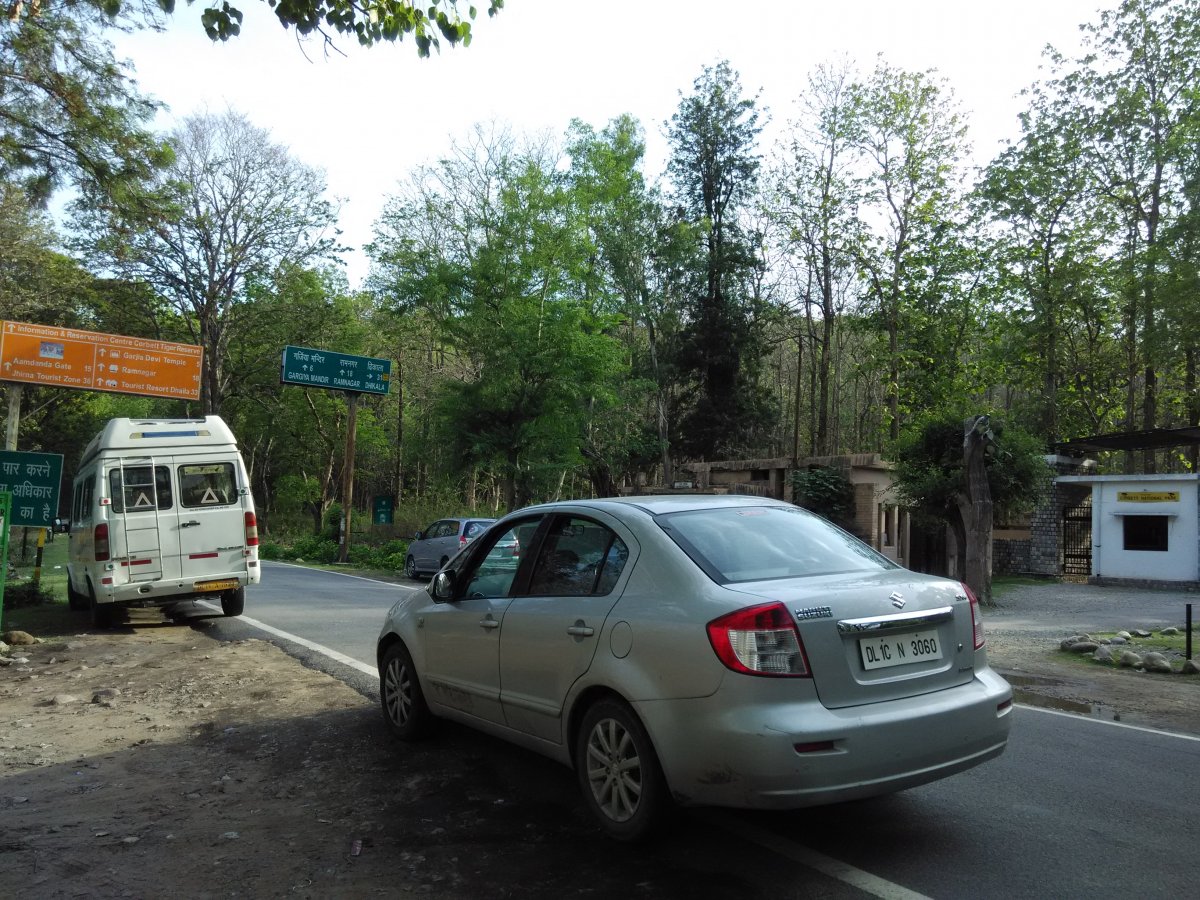 Outside Dhangarhi Gate which leads to Dhikala FRH

The rest of the drive thereon was usual albeit I did stop outside the Dhangarhi Gate. A peculiar mistake that I made was in judging the directions to the Moradabad By-Pass which led me to small in-roads through sugarcane fields and villages leading me to a traffic halt at a Railway Crossing just outside Hakimpur Railway Station.

No sooner than we had crossed the Dasna Toll Plaza, we encountered heavy traffic that kept on building up and up and at one moment came to a complete stop. Though the functioning Air-Conditioner was a respite but the increasing darkness of the night was not giving any hopes. On the other hand, I was also worried about the fuel meter touching the bottom of "E" with no movement in sight to the traffic build-up on NH-24. I decided to call 100 to check whether this jam was about to stay and though the cops on phone did not confirm the estimated time of clearance but I got an idea to deduce that the best way to reach home was to take the next available U-Turn and enter Ghaziabad for Fuel and GT Road to Shahdara. I was right and successfully thus.

After this experience, I decided to reverse the routes while departing and arriving in Delhi via NH-24. I decided that, while departing, it is necessary to go to the Indraprastha Park and then take a left directly on NH-24 thereby avoiding Ghaziabad and while arriving back in Delhi, it is better to take the right on to Ghaziabad right after Dasna Toll thereby avoiding Noida-NH24. 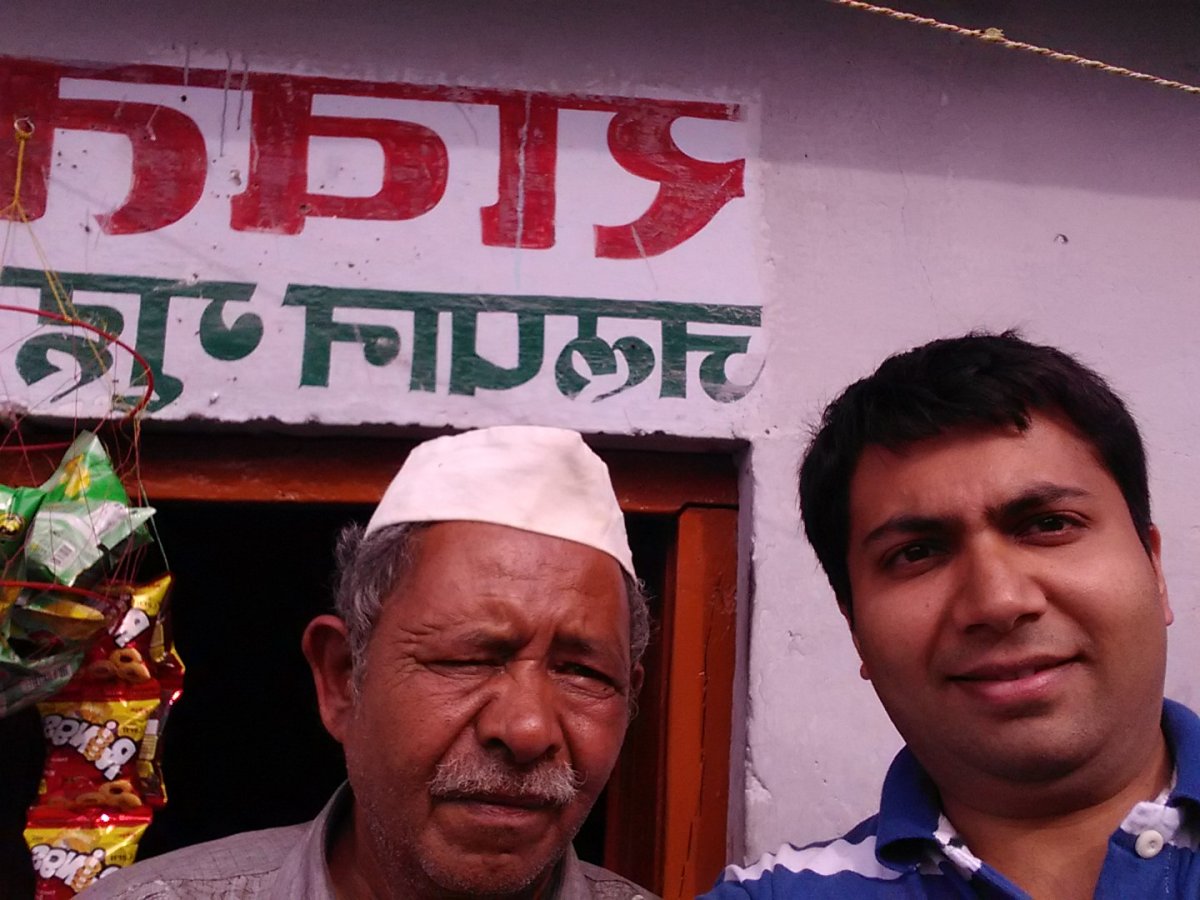 After having slept lazily followed by emptying the luggage, the first thing I did on opening my computer was to move the spreadsheet named "Mission UK Kumaon Lower" from folder "Pending" to "UK".

Awesome travelogue Ankit, quite an adventure you had with your family.

@adsatinder No words to post-script Great? It would be immodest for me to believe that my blog made you speechless

@Yogesh Sarkar Thanks for your appreciation!