Decided to start the journey from Jammu at 6.00 as we have been informed that there were huge traffic after Ramban to Jawahar tunnel due to Amarnath Yatra.. Police and army releases Yatra vehicles on priority .. Finally dumped the luggage and started at 7.00 am.. 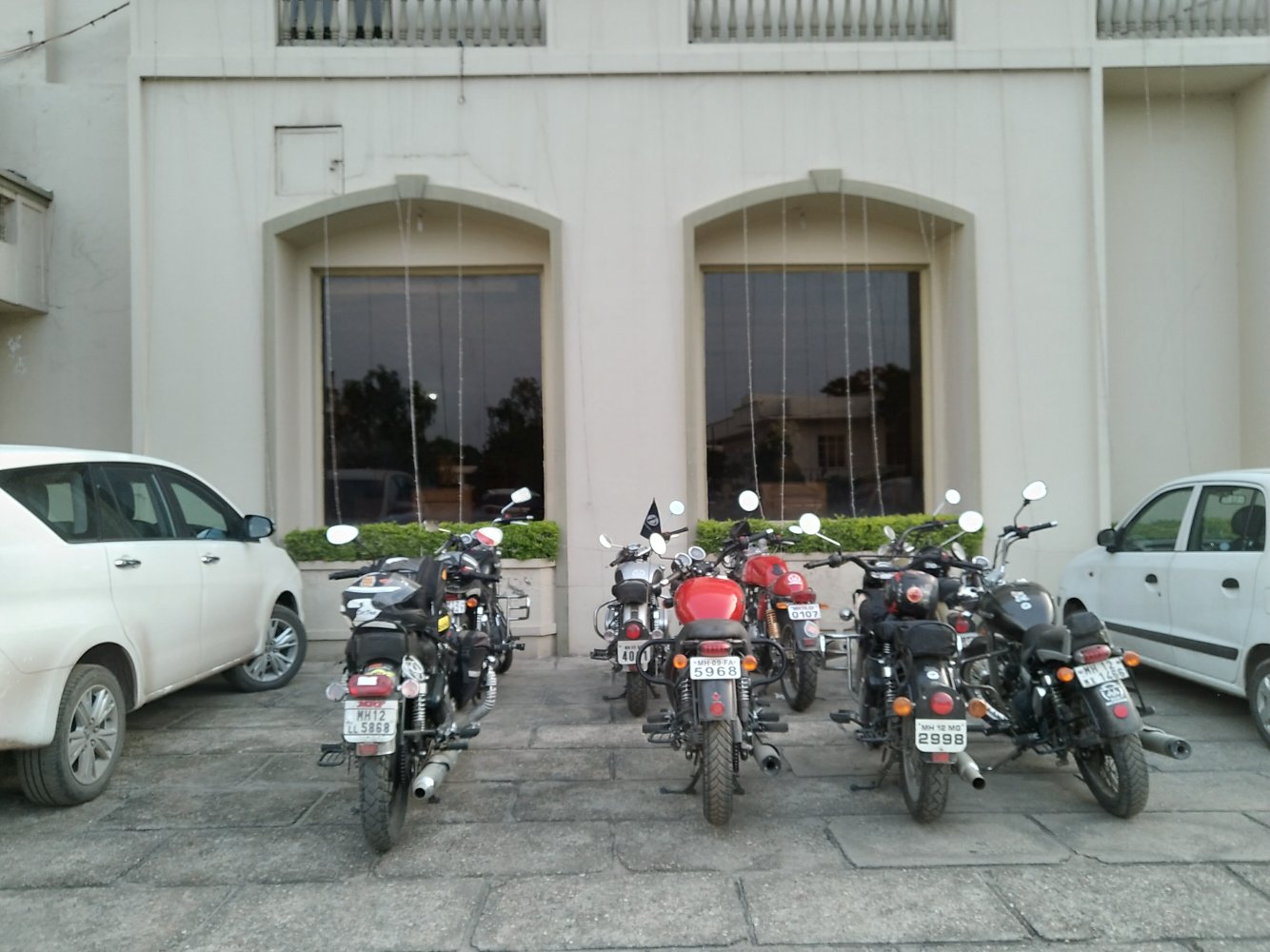 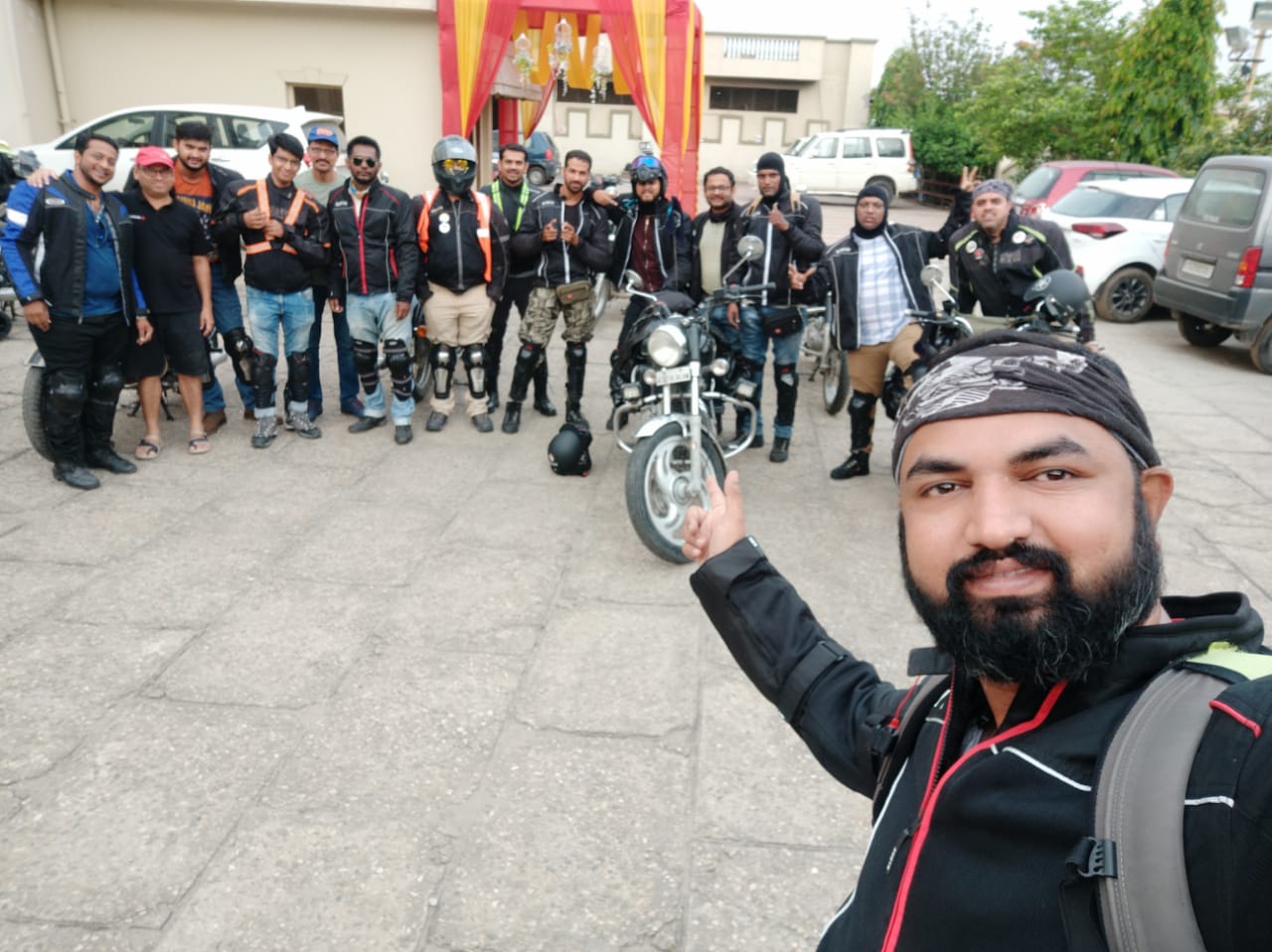 Filled the petrol in jammu and went ahead ..

Once we left from Jammu road was just superb..Chilling morning and Riding enfields are just bliss .. Taken one photo break before udhampur as we have to cross jawahar tunnel as early as possible..
Look at the beauty of J & K.. 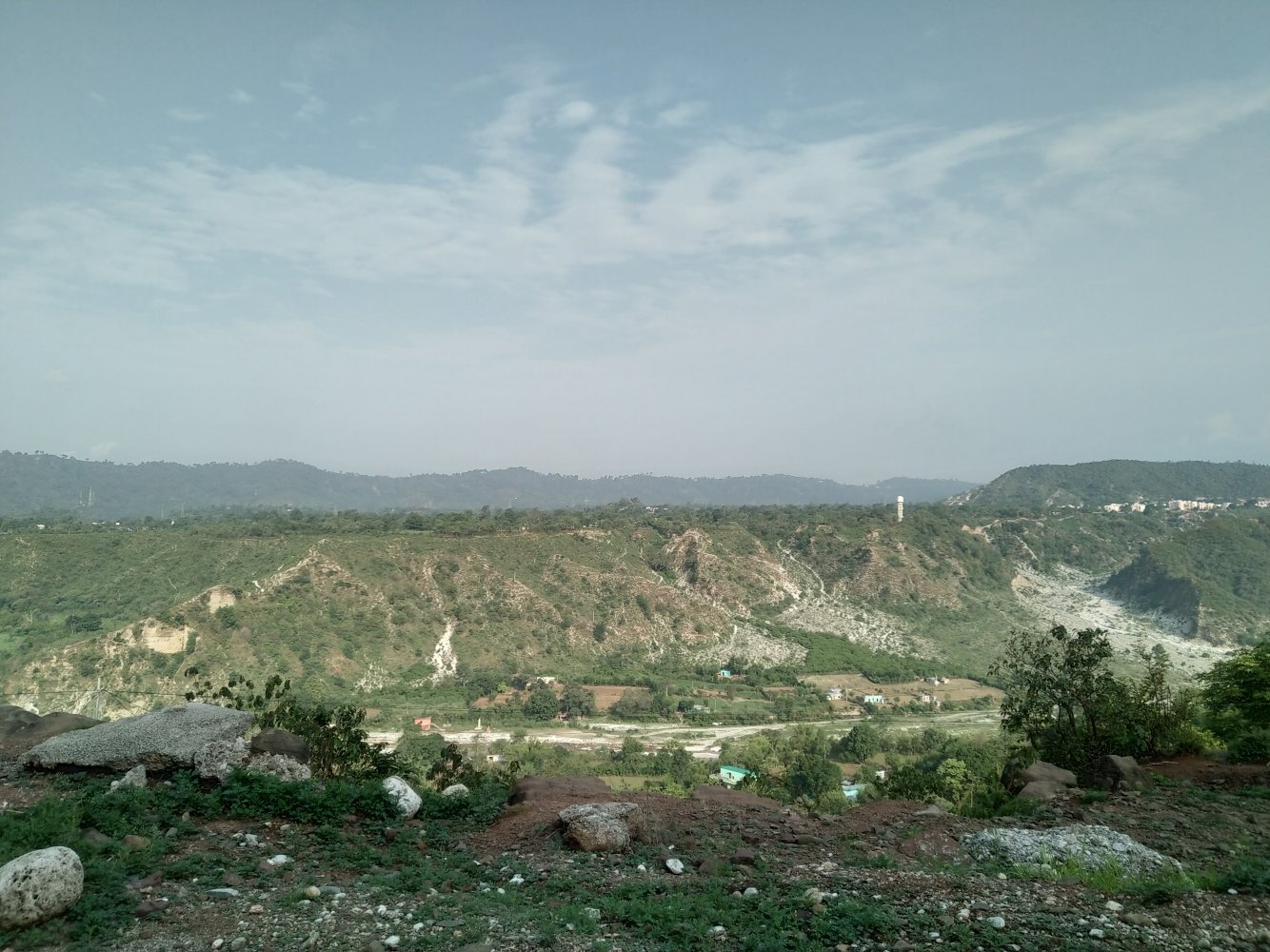 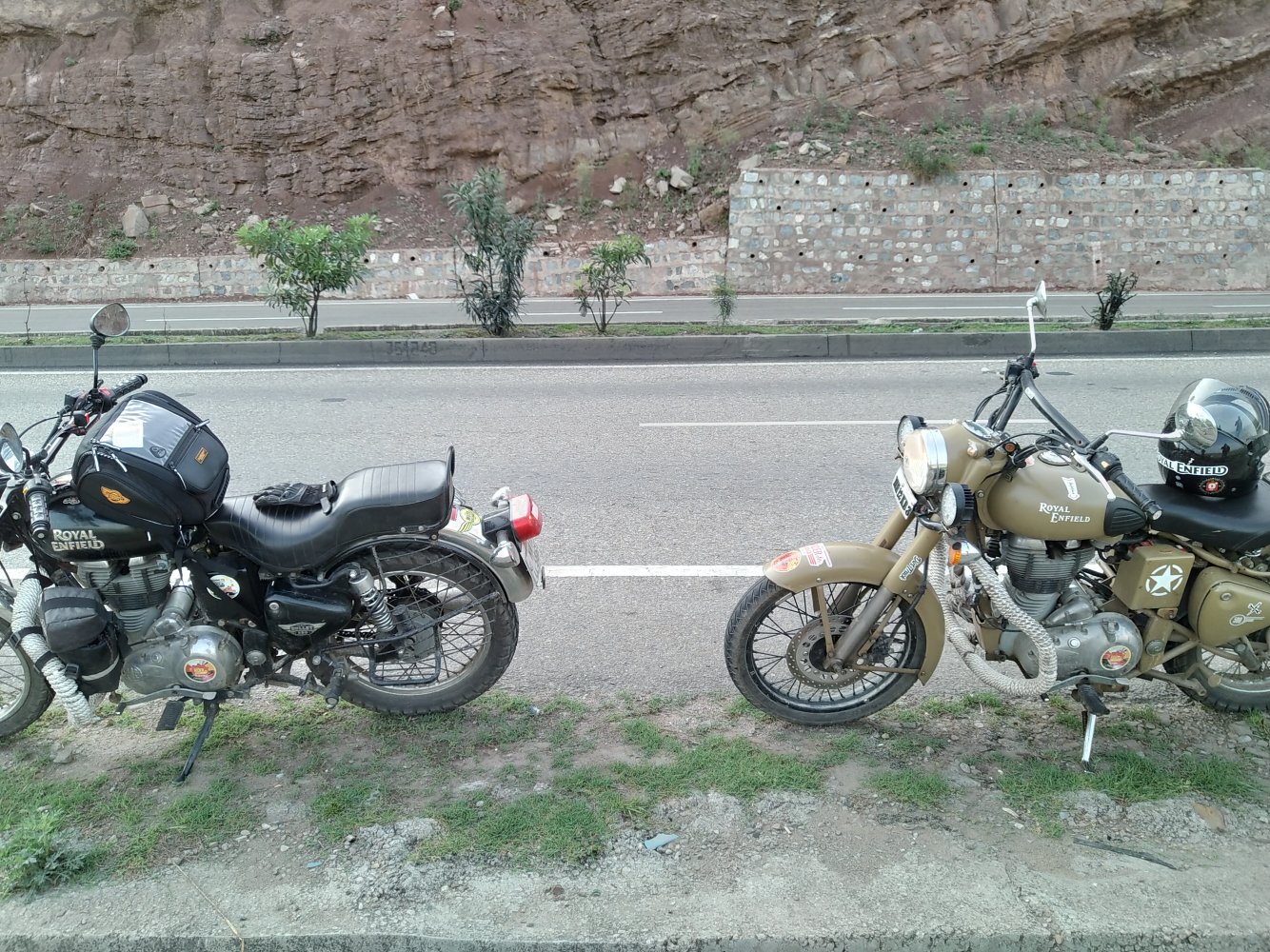 We take breakfast break at udhampur and moved ahead...On the way we have pleasure to ride through nasheri tunnel (one of the biggest tunnel in India..)and even very professionally maintained .. Sheer riding pleasure ..what a architecture ..thanks to Pm Modi ji... after tunnel we take one short break .. 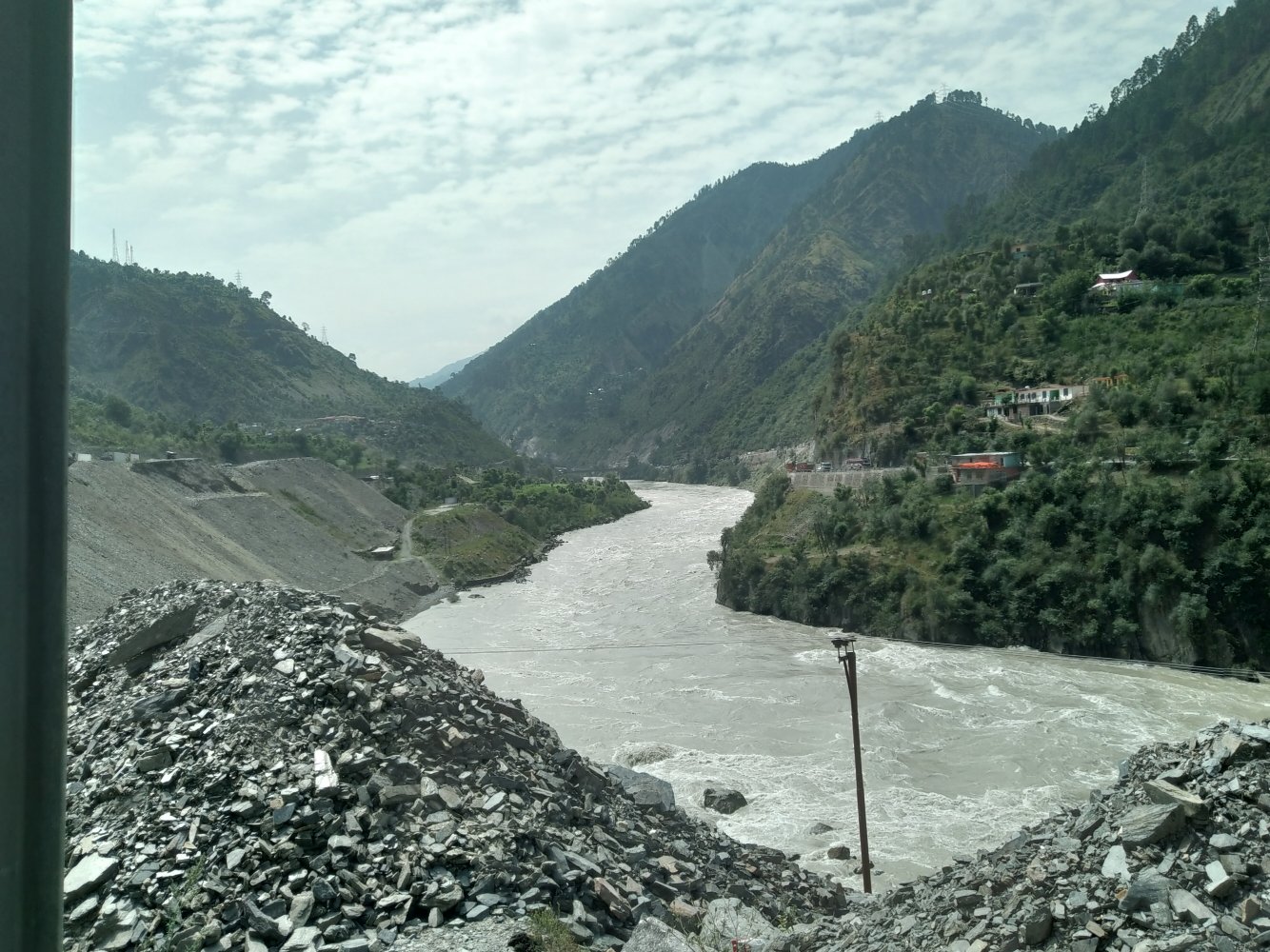 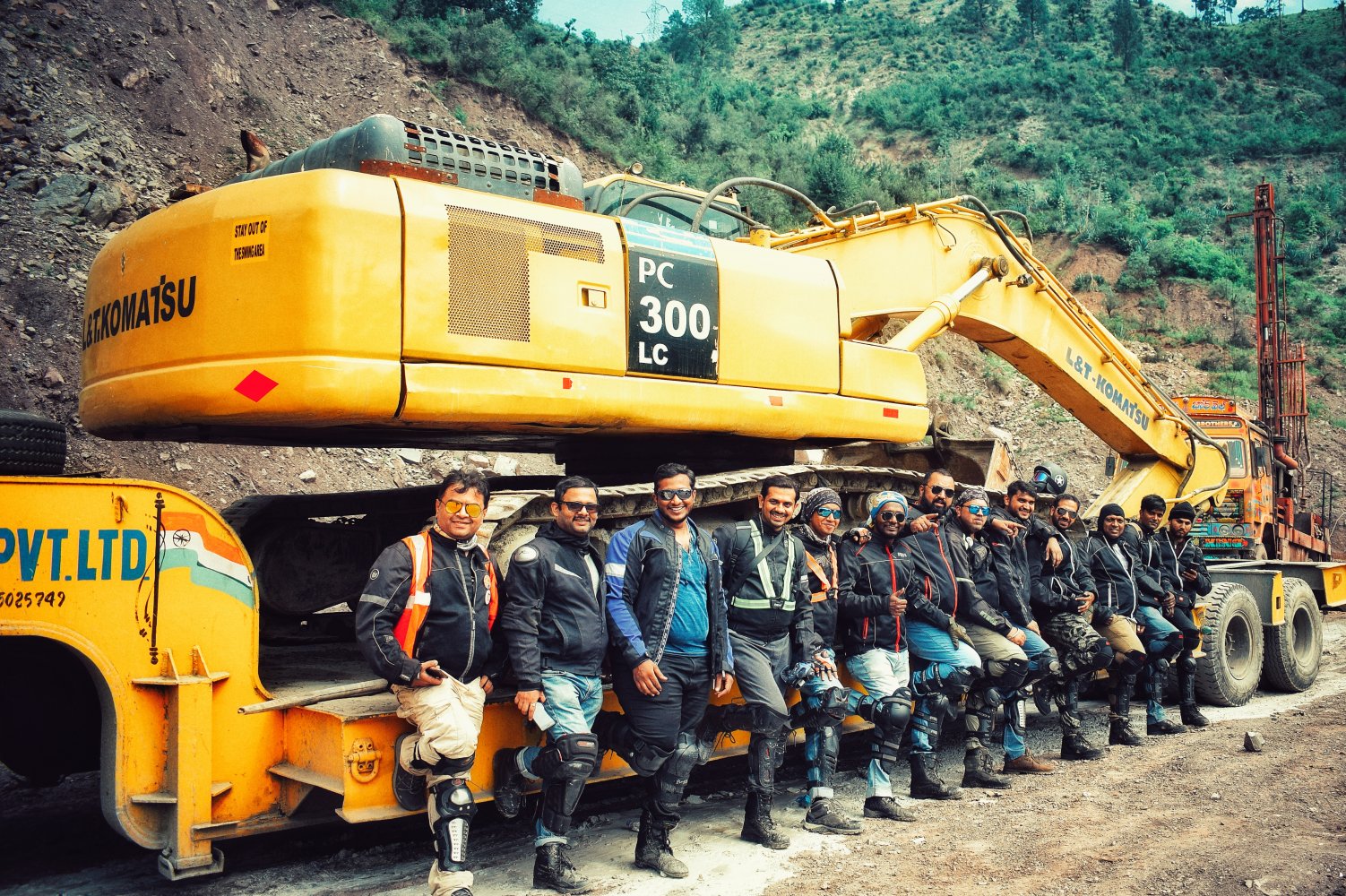 The roads are superb till ramban.. but after ramban ,we are facing traffic jam .. Buses, travellers for Amarnath yatra are in queue ... Roads became rough and without tarmac .. We are not able to stop also on road ..heavy traffic is there .. Being a rider we can easily passed through traffic but it took a hell lot of time .. From Ramban , Jawahar tunnel is only 40kms away .. but took full 2 hours to reach their ... Before 5 kms of tunnel army stopped all vehicles and only allowing amarnath yatra vehicles to move ahead ..that is with Army escort only.. Few riders are stuck up in traffic and we 3 of them only reached here ... 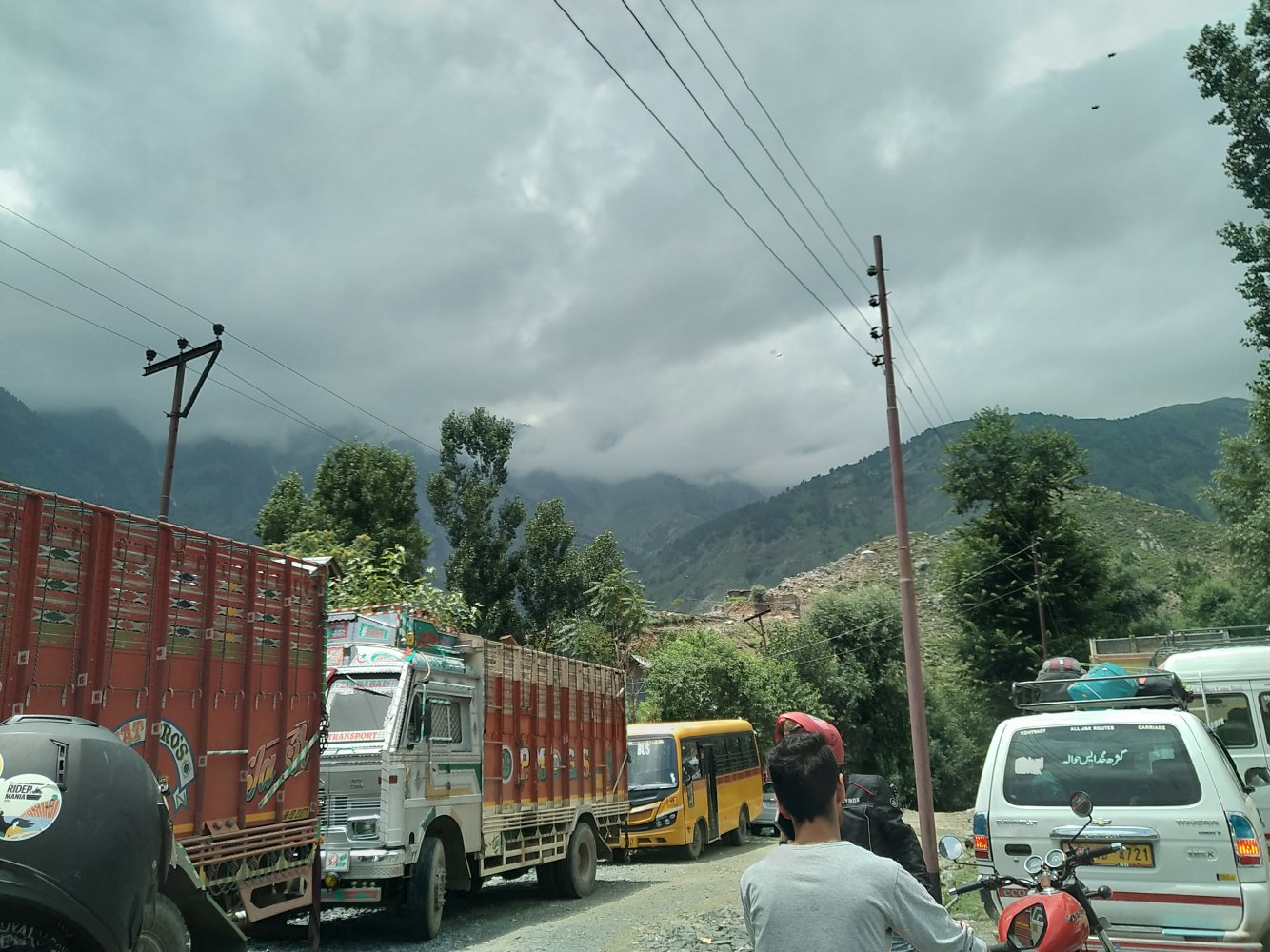 After some time they allowed only bikers to go ahead .. We crossed Jawahar tunnel around 1.30pm and take a break at titanic point ..J & K police advised us not to waste time here and crossed the ghat section as soon as possible coz Amarnath yatra convoy which is returning from srinagar will reach anytime.. We have chat with some army men from maharashtra .. Very helpful persons .. 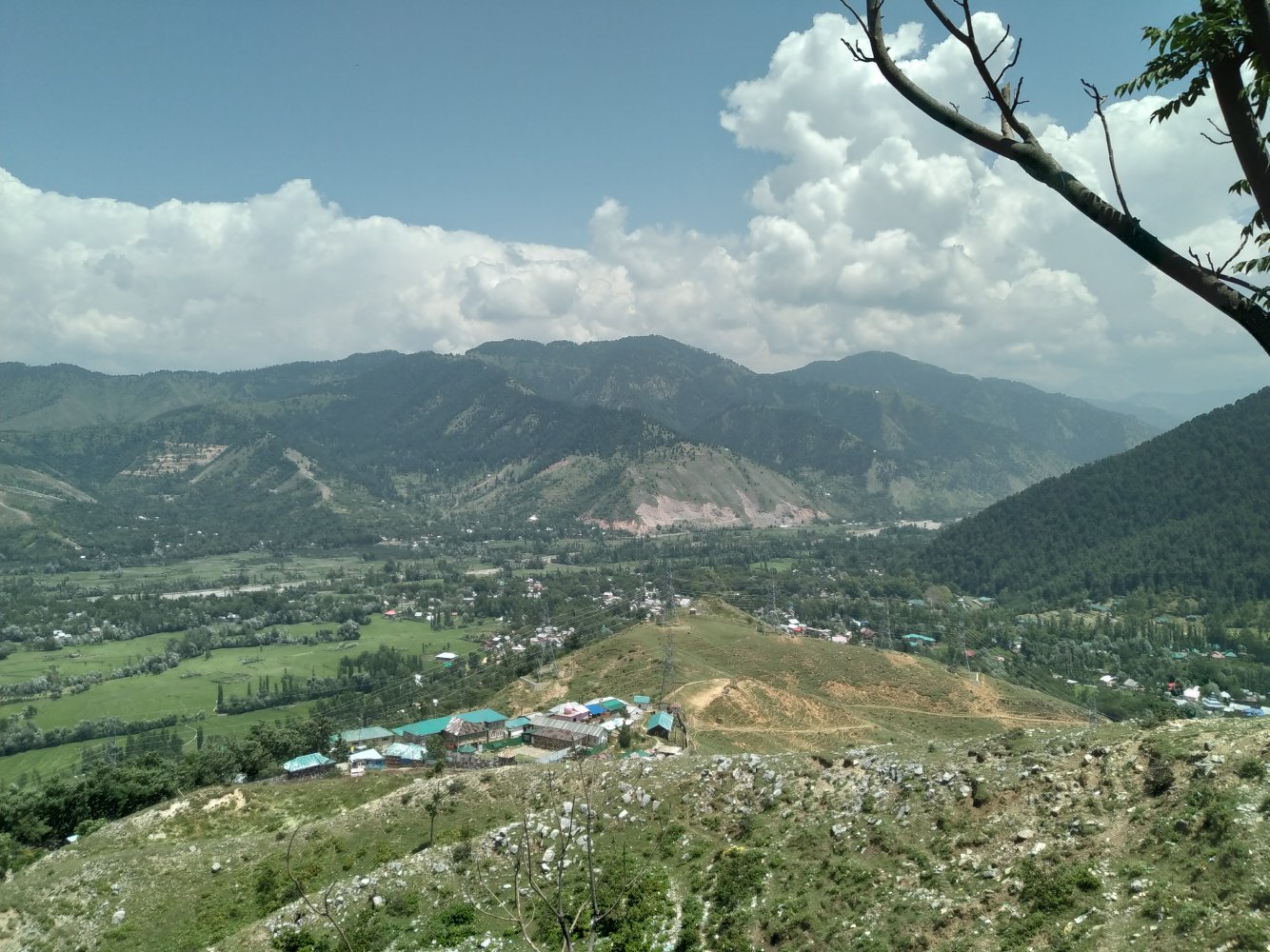 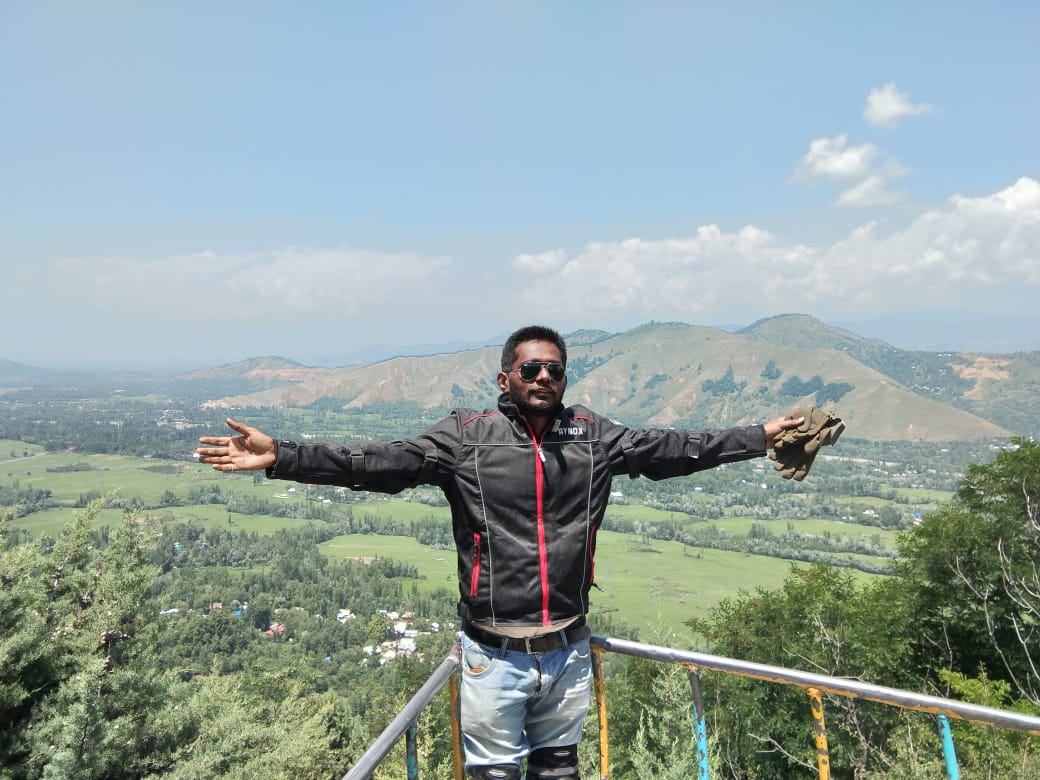 Take a cold drink break and descend the ghat section.. We stopped there to wait for all riders to come.. After half an hour almost all riders reached except 2 Ravi and kaustubh... Unfortunately our back up van has stucked up before jawahar tunnel with Mangesh and Rajan who are travelling in the van.. Because of yatra , various orgnisations and people arranged langars for free food to pilgrims.. So mangesh,Rajan and rashpal had their lunch in the langar ... 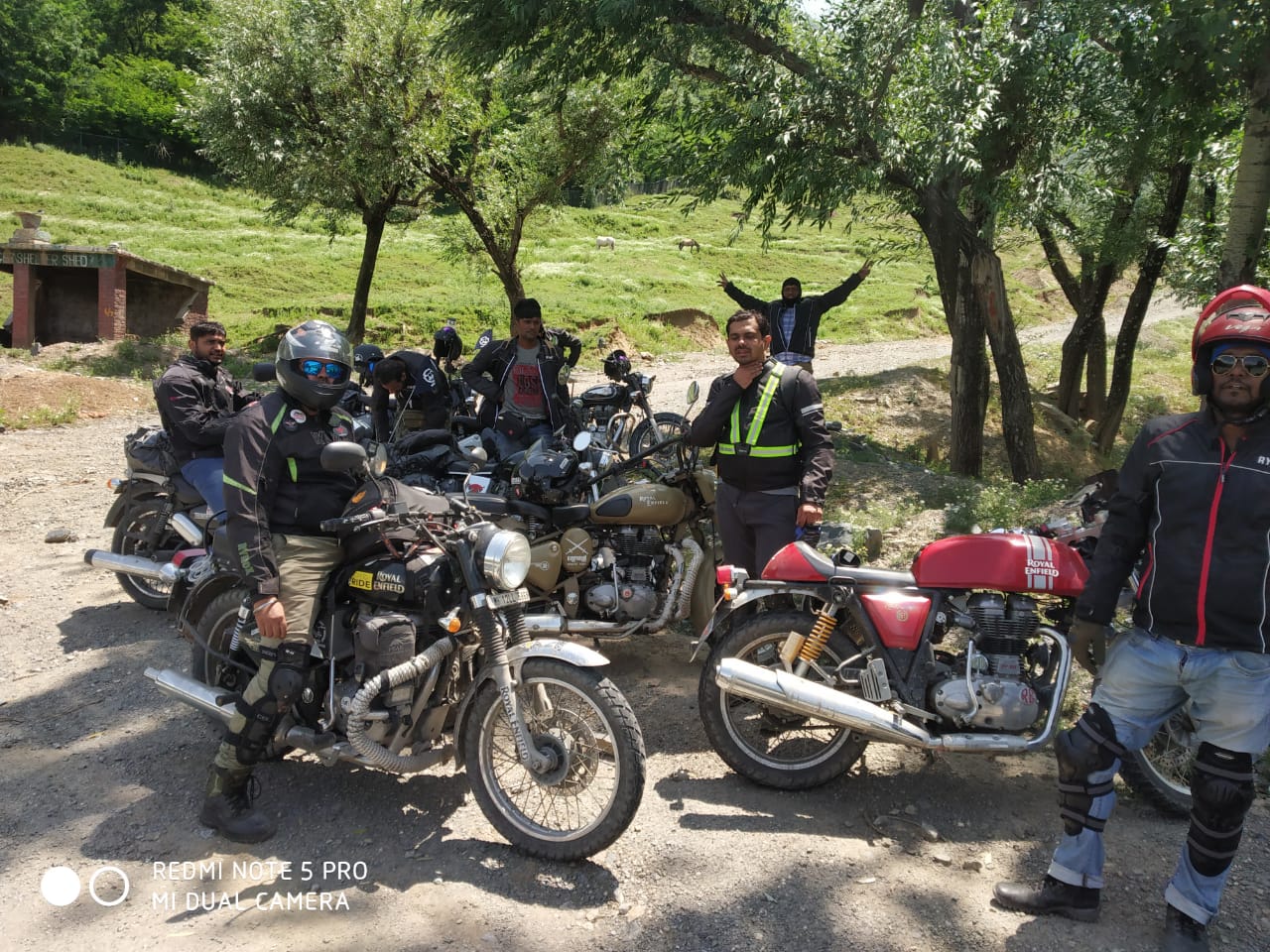 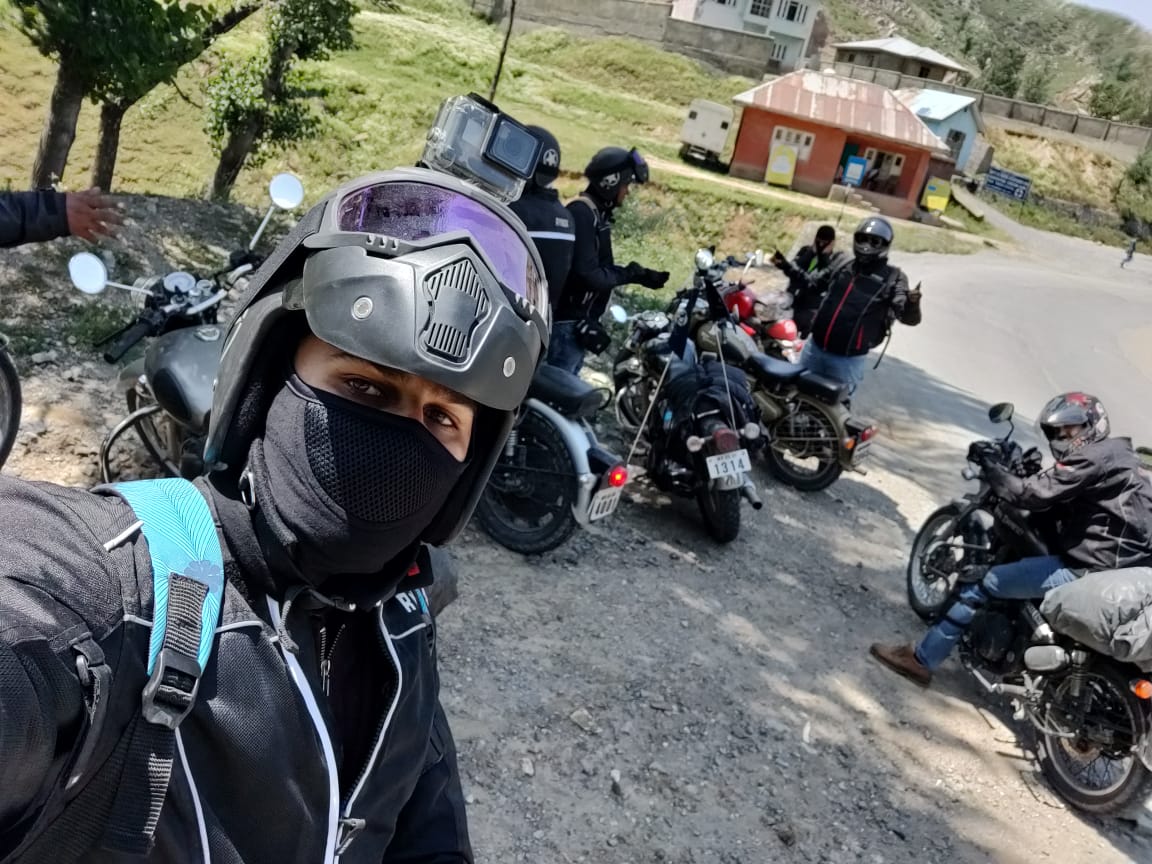 We are so much hungry but couldn't find a dhaba or hotel nearby .. One policeman suggested to move towards srinagar ..after reaching highway we found a small dhaba.. Remaining 2 riders also reached dhaba.. Had a lunch and ready to move...
After completing lunch we started our ride... 8-10 riders moved ahead and we 4 started 10 minutes after finishing billing.. Myself and chetan reached highway and after riding few kms ,we are thinking that nobody is behind us ...Full highway is empty..not a single vehicle.. remaining 2 riders are also not seen anywhere.. That time chetan saw something way behind on our highway ... Army convoy !!! We knew that we are locked in between highway which was closed down by army for passing of army convoy.. After pulwama terror attack army sealed the entire highway for civilians and travellers for time of full convoy passing... We started our bikes and move fastly to srinagar.. AFter 1-2 kms army persons stopped our bikes and interrogated how we came in front of army convoy ... The story is when we left from dhaba, the soldier who is standing in front of dhaba is moved to other side of highway for sometime ..in between we both left from there. But as soon as he came back he immidietly stopped our 2 riders..
We apologized to army person about this incident .. The convoy is huge .. Almost 25-30 trucks and 10-15 Jeeps carrying army men .. The security is upto the mark.. very tight security is followed by all army people..
Also we noticed that after Ramban, Soldier is standing on the highway every 1-2 kms for safety of Amarnath Yatra Pilgrims... Salute to Indian Army !!! 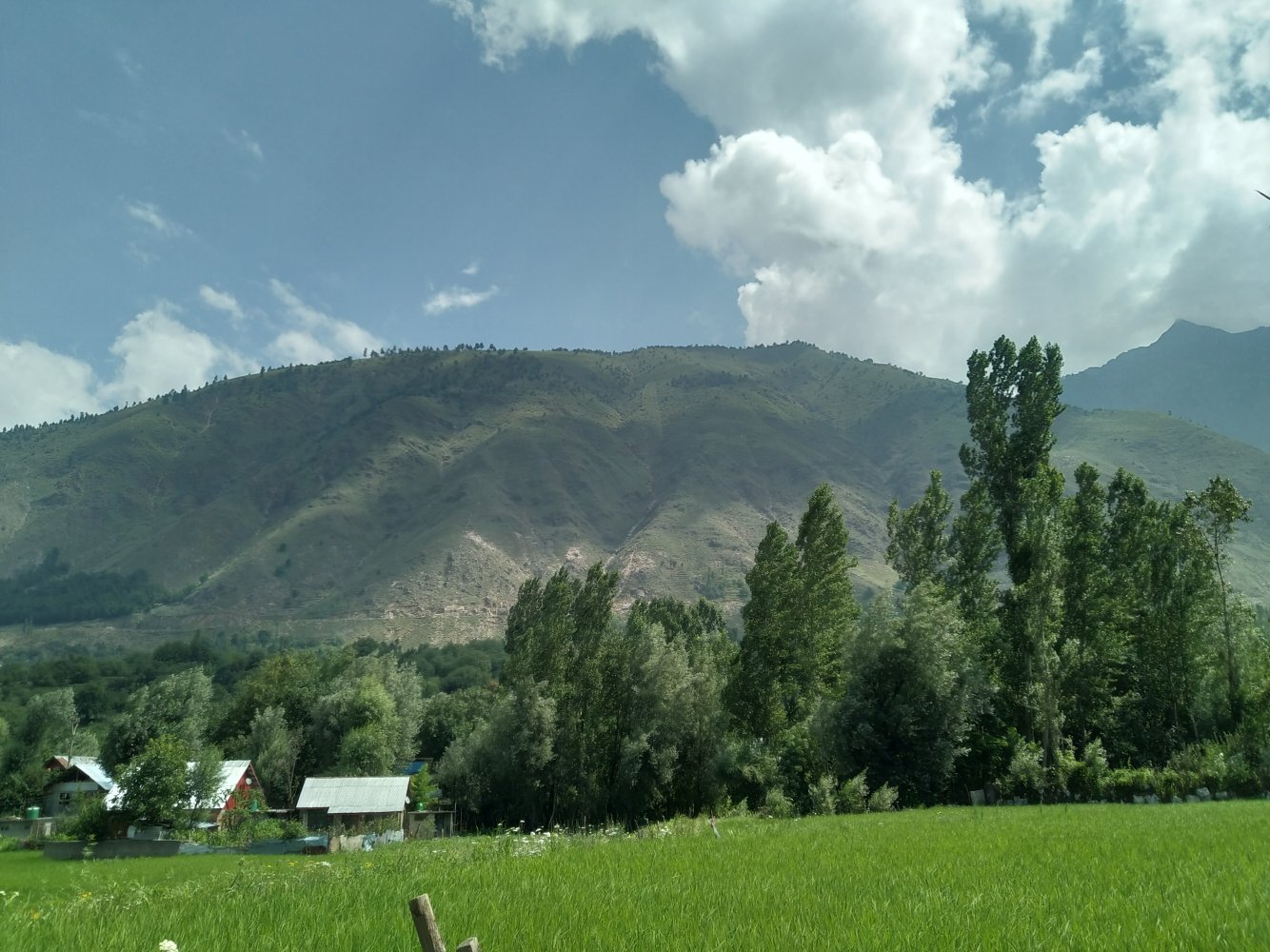 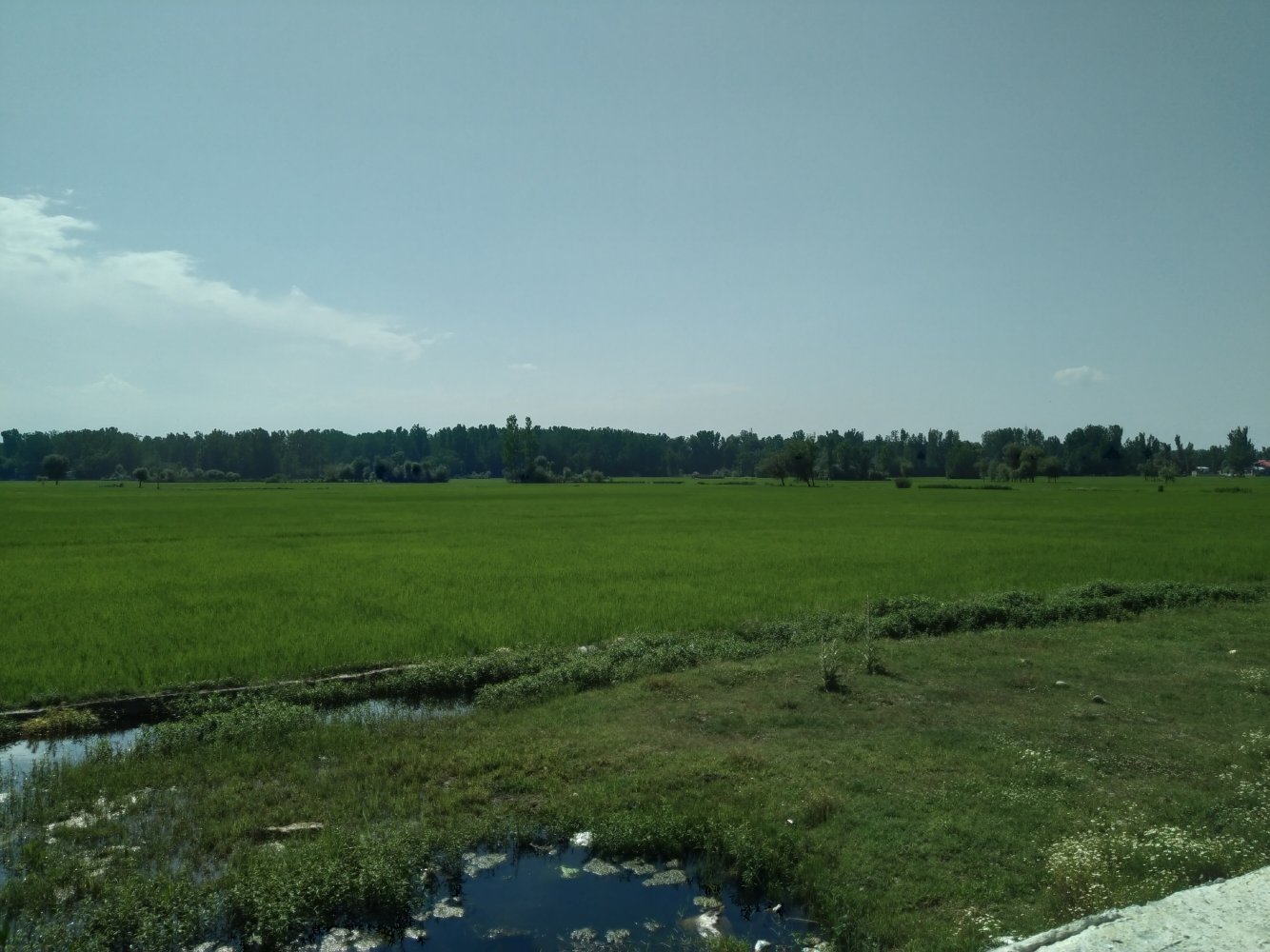 Highway upto srinagar is just awesome ..Road quality is fantastic.. and scenery is mind blowing ..You can realize why this is called as heaven on earth ..On the way to srinagar we have stopped by army almost 10 times for convoy passing .. 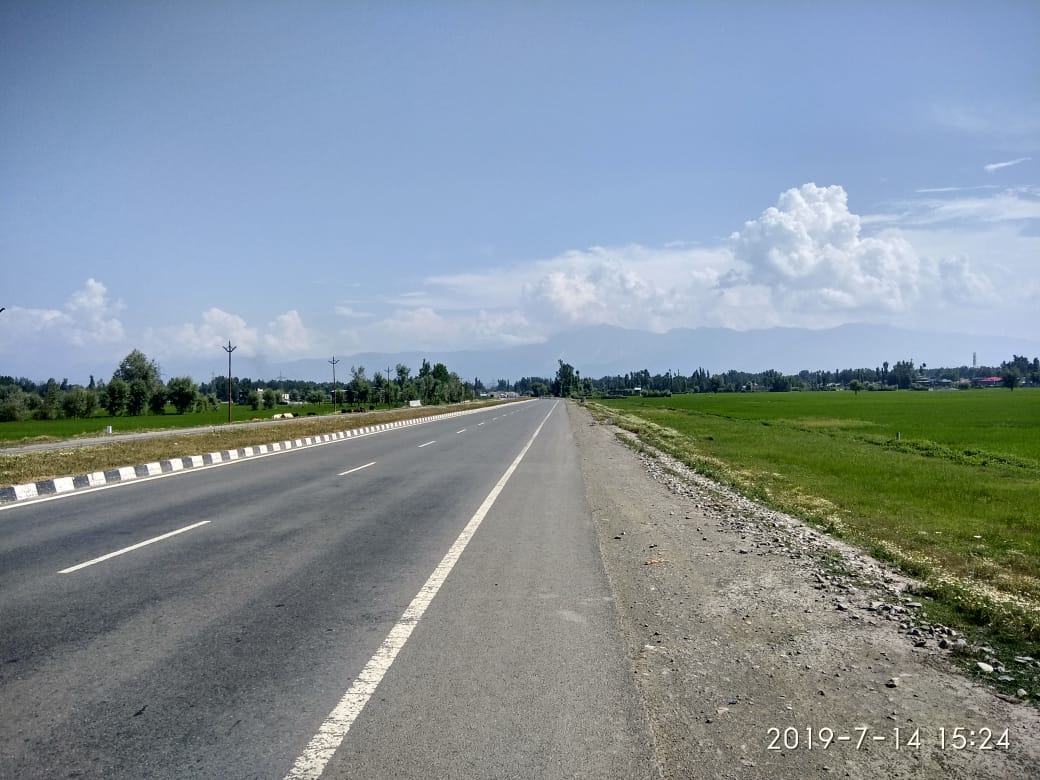 Some sightseeing in srinagar .. 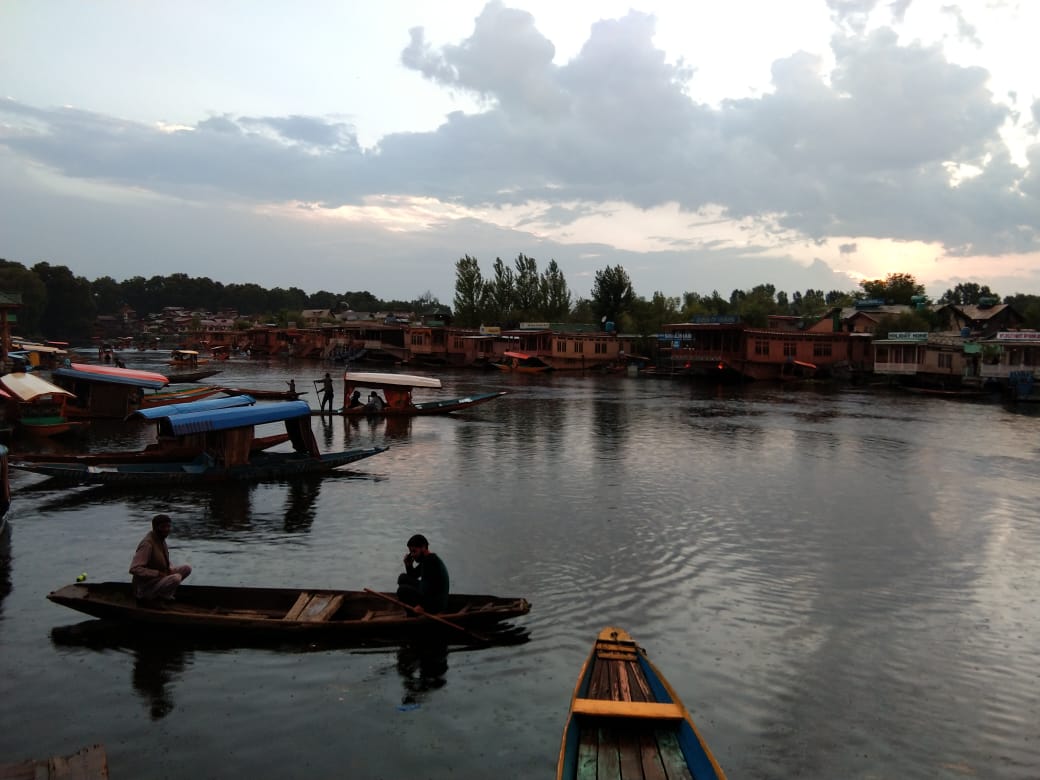 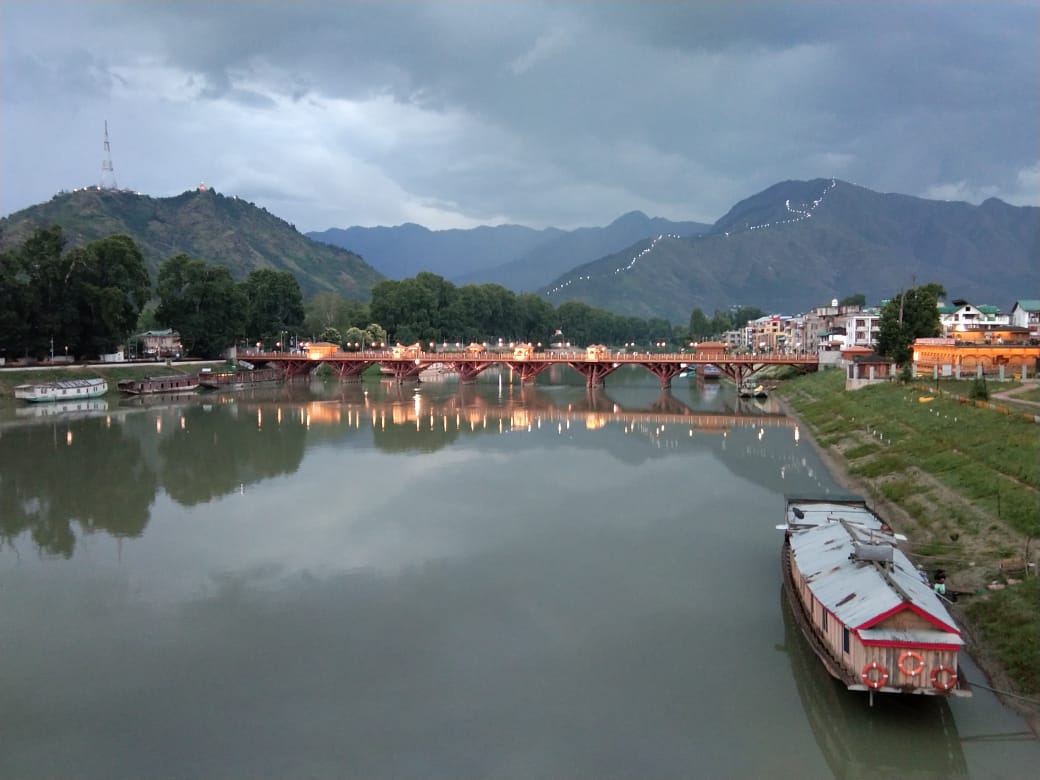 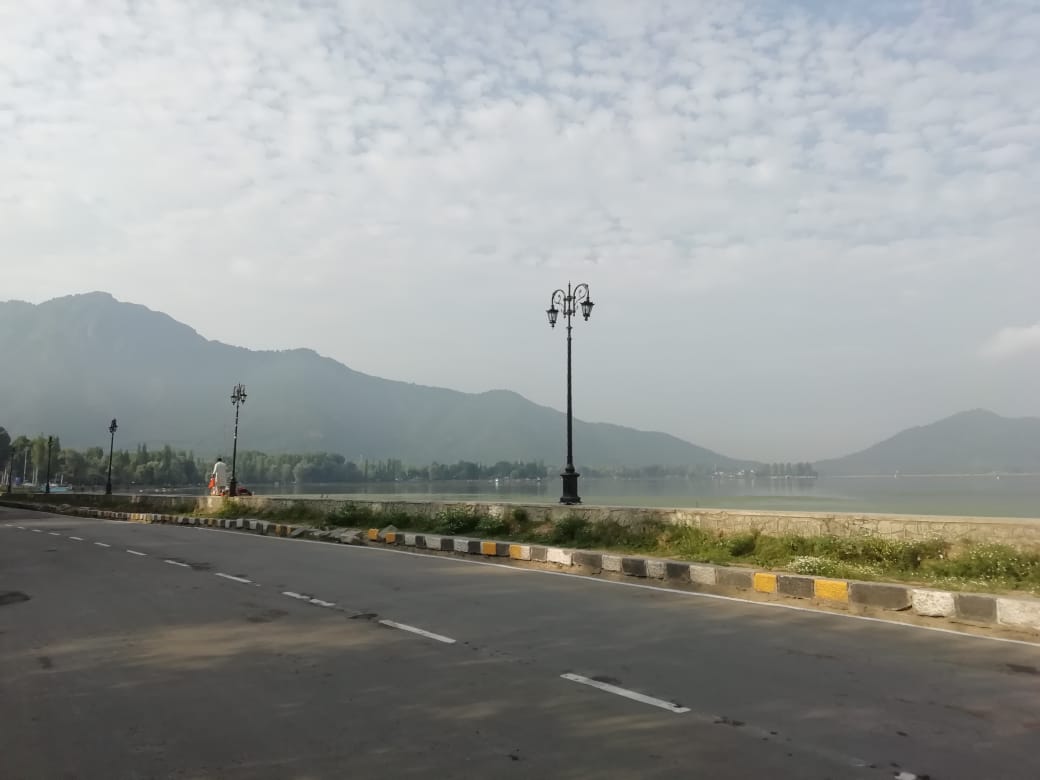 Our back up van reached very late due to heavy traffic and army checking .. Day 3 ends with good memories in J & K.. 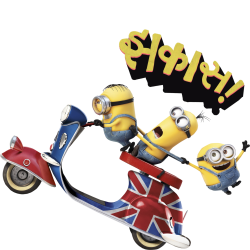