If taxes and loan repayments are cut, why not telecom?

Banks take a 50-60% haircut on loans & taxman cuts its demands to settle cases; do the same in telecom sector

The Supreme Court’s (SC) AGR verdict that was supposed to give the government a windfall of Rs 1.4 lakh crore from the telcos and another Rs 3+ lakh crore from non-telcos is rapidly turning into a nightmare. Asking PSUs, primarily, to pay Rs 3 lakh crore would have wiped out many of them, and the SC has given them a possible way out by staying their dues till Tdsat rules on this. And, with Vodafone Idea not able to pay the Rs 53,039 crore it owes, it is becoming clear that the government could be an even bigger loser; firms like RCom, which owes Rs 20,434 crore, are, in any case, not in a position to pay, nor is BSNL-MTNL, which owes Rs 8,112 crore.

The government is facing two types of losses, apart from the big hit that India’s image as an investment-friendly destination will take if a firm that has invested $55 bn shuts down primarily due to poor government policy. For one, Vodafone Idea owes the government Rs 1.6 lakh crore in deferred spectrum dues; once Vodafone Idea shuts, the government may or may not get the spectrum back—the issue is under litigation in another case—but, even if it does, it can never sell this at the valuation it did in the past. apart from this, Vodafone Idea owes banks, several of them PSUs, Rs 49,000 crore, and much of this will also need to be written off if the telco goes to the insolvency courts.

There were several solutions available to the government, from asking the SC that it be allowed to set a schedule for the payments (this ship has, since, sailed given how angry the SC was at the last hearing) to scrapping the licence fee and spectrum usage charges (SUC) since spectrum is being sold at market prices, unlike in the past. Also, given the spread of rural telephony, especially by the private sector, there is absolutely no justification for a 5% SUC/USO charge on telco revenues that is supposedly to be used for spreading rural telephony. Indeed, the government should put out the numbers on how much has been collected under the USO and how much has actually been used for rural telephony over the years; a large part of the latter has, as it happens, also been given to BSNL, ostensibly for rural operations, but for all practical purposes, it is just a PSU subsidy.

While the government is unable to come up with a quick solution due to the likelihood of it being tagged suit-boot-ki-sarkaar, it should keep in mind that it is making huge concessions in other areas anyway, but no one has alleged favouritism of any sort. The Vivad se Vishwas scheme offers huge cuts as the penalty and interest is completely waived off and, in many cases where the taxman has lost the case at one level of appeal, even the principal tax is to be cut by half. In the insolvency courts, government-owned banks have received just around 40% of their outstanding dues in the 12 largest default cases and, in several cases, the haircuts are even larger at around 85-90%. If the government can take such huge haircuts because it makes business sense to do so, why is the same not being done in the case of the telecom AGR dues?

If taxes and loan repayments are cut, why not telecom?

Banks take a 50-60% haircut on loans & taxman cuts its demands to settle cases; do the same in telecom sector

Vodafone Idea shares rally over 50% in two days; here's why

After rallying over 38 per cent on Wednesday, the scrip climbed another 12 per cent to Rs 4.71 in morning trade today.

Shares of Vodafone Idea extended their rally to the second straight session on Thursday after ET on Wednesday reported that the government is unlikely to invoke the company’s bank guarantees for now even as the officials of the telecom and finance ministries met Cabinet secretary Rajiv Gauba to discuss ways to ensure that the sector retains three private players.

After rallying over 38 per cent on Wednesday, the scrip climbed another 12 per cent to Rs 4.71 in morning trade today. Overall, the scrip has rallied more than 50 per cent over two days against the close of Rs 3.03 on Tuesday.

“First round of meetings happened on Tuesday… The government could consider postponing or staggering other payments due to it, in order to give some flexibility to telcos to cough up money towards AGR (adjusted gross revenue) dues,” ET said quoting an official. “These are just very initial discussions.”

After the meeting, Birla said he “cannot say anything at the moment.”

Former finance secretary Subhash Chandra Garg on Wednesday said the government should offer a one-time settlement scheme to the telecom companies to pay the principal amount due as per the AGR definition and waive the penal interest and penalties.

The Supreme Court last week rejected a plea by telecom firms including Bharti Airtel and Vodafone Idea Ltd for extension in the payment schedule and asked them to deposit an estimated Rs 1.47 lakh crore in past dues for spectrum and licenses by March 17.

On the other hand, shares of Bharti Airtel were up 0.30 per cent at Rs 545. Bharti Airtel on Monday paid Rs 10,000 crore to the government and said it would pay the balance dues as per its self estimates before March 17.

Vodafone Idea paid Rs 2,500 crore on Monday and said it will pay another Rs 1,000 crore by Friday. While the government has estimated Vodafone Idea’s AGR dues at Rs 57,000 crore, the telco’s own estimates peg the amount at around Rs 23,000 crore. 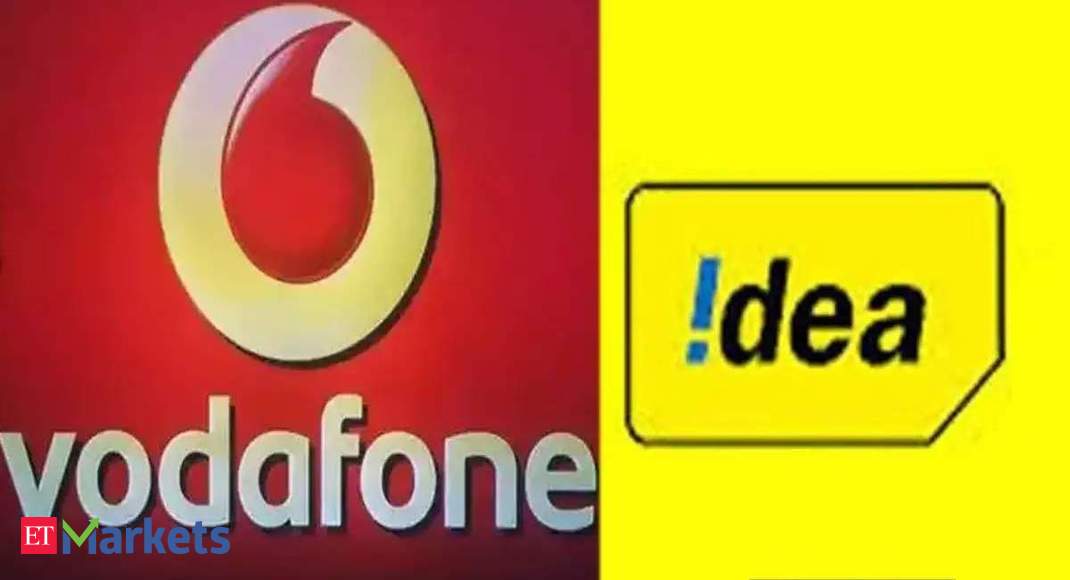 Vodafone Idea shares rally over 50% in two days; here's why

The massive Rs 1.47 lakh crore of AGR dues are pushing telecom firms to the brink.

Airtel, Vodafone and Jio come out in protest against this tariff plan published by TRAI

Telecom giant Airtel, Vodafone-Idea and Reliance Jio have opposed publishing TRAI's user-specific tariff plan. All three companies do not want to display the authority's user-specific tariff plan on their website. Companies say that there will be confusion among its users and users will complain to the telecom companies with the authority. Airtel and Vodafone-Idea have already introduced many user-specific offers to their users to keep up with the network. Reliance Jio has launched very few user-specific plans. Jio has launched promotional offers for its users in place of user-specific plans. Now, all three telecom companies are opposing this policy of TRAI. Let's know in full detail

TRAI has been advising telecom companies to keep transparency about their tariff plans since the beginning. The authority asked the telecom companies to publish all their plans on the website. Whether those plans are promotional or any user specific. Reliance Jio wrote a letter to TRAI that in this way, publishing a user-specific offer on the website can create confusion among users. Due to which the number of complaints against the telecom company can increase. Users may like plans that are not available to them. They can complain to the authority.

Bharti Airtel has also opposed TRAI to publish such a user-specific plan. Vodafone-Idea also supported Reliance Jio and Airtel in this case, saying that due to expired offers, resentment may arise among users. However, what the authority says in this matter, we will come to know about it in the coming few weeks. 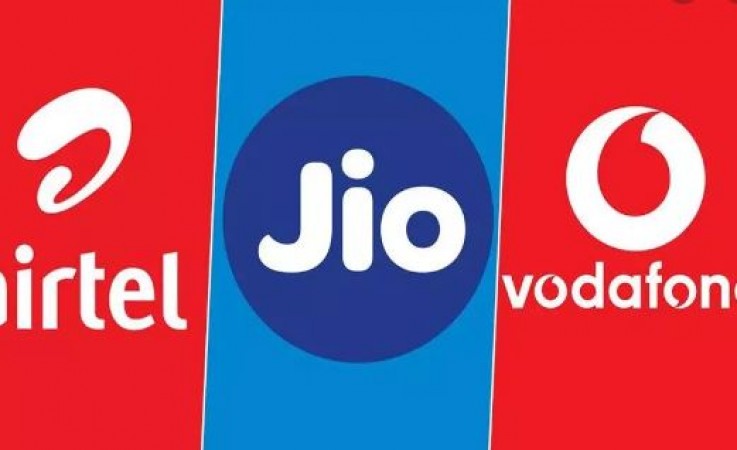 Airtel, Vodafone and Jio come out in protest against this tariff plan published by TRAI

Cheap Telecom services are going to end soon.
Indian Economy, slowdown and other problems can eat away Telecom Sector with all linked sectors and employment too.

The Department of Telecom (DoT) has cleared the merger of telecom tower companies Bharti Infratel and Indus Towers on Friday, an Economic Times report citing sources said. The companies are believed to have received the foreign direct investment (FDI) the key to a merger that was delayed for several months.

How will the deal benefit Vodafone Idea?

It is expected that after the merger, Vodafone Idea will be able to monetise its 11.15% stake to pay its DoT dues. The stake is estimated to fetch the telecom operator Rs 4,500 crore

Vodafone Idea has been the worst hit by the Supreme Court's AGR (adjusted gross revenue) verdict. Its several efforts to gain relief on the statutory dues failed after the 24 October verdict.

According to DoT estimates, the company has to pay Rs 56,709.49 crore to the government as interest and principal on the dues. On Monday, it paid Rs 2,500 crore of the dues and another Rs 1,000 crore on Thursday.

Last week, after reporting a net loss of Rs 6,453 crore for the December ended quarter the telecom operator said it was facing difficulty raising capital as AGR dues caused credit rating agencies to downgrade its NCDs. On Monday, the company informed that Care Ratings Limited (CARE) has further downgraded ratings on Long Term Bank Facilities as well as NCDs of the company from BBB- to BB-, creating further obstacles in raising funds.

AGR is DoT's measure to calculate levies payable by operators. Telcos argued that AGR should comprise revenue from telecom services, but DoT insisted that AGR should include all revenue earned by an operator, including that from non-core telecom operations. DoT's definition of AGR was upheld by the court, putting an end to a 14-year old legal battle.

The merger between Bharti Infratel and Indus Towers was announced back in April 2018, but the companies were awaiting DoT's approval.

Bharti Infratel's board had allowed two extensions of 2 months each- on 24 October and then on 24 December-to secure more time.

The merger would create the world's second-largest tower company as the combined entity will own more than 163,000 towers, second only to China Tower.

Yes Bank To Be Out Of Nifty From 27 March; Vodafone Idea To Be Dropped From Nifty Next 50

Vodafone Shares Climb 21% Even As It Posts Higher-Than-Expected Q3Loss: Here's Why 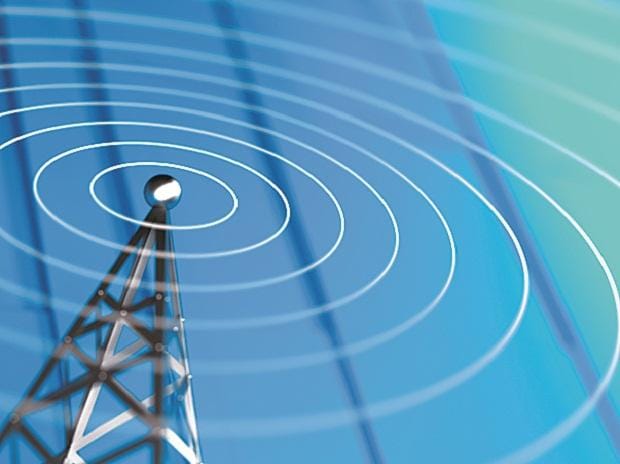 Trai's suggestions range from marketshare math to approval timelines, and other terms

BS Opinion | In the winner-loser debate, another question keeps coming up: Is there anything that can be done to save Vodafone Idea? 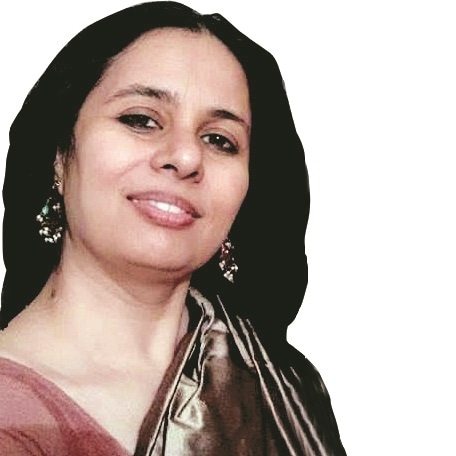 Who gains if Voda-Idea fails

Jio, which is not burdened with legacy network and user base, may find it easier to increase its capacity to accommodate Voda-Idea subscribers faster