I reached Grand View Hotel at Dalhousie at 1 am on 10 Sep 2016 [Saturday]. When I called them from Ludhiana in the previous evening to inform of my arriving after midnight, I was told that my dinner would be kept in my room! When I entered my suite after checking in, I found a 10-course meal, comprising many rotis, parathas, naans, paneer butter masala, peas, kheer, rice, dal, kadi, etc. waiting for me! That was the first time - and perhaps, the last time too - that I had my dinner at 2 am! My suite comprised a lavishly furnished and decorated big living room, a king-size bed room with a room-heater with an attached bath having a bathtub. There was a big TV in the living room and a smaller TV in the bed room. I got up late, ate a buffet breakfast and slept again. In the evening, went out for a stroll. 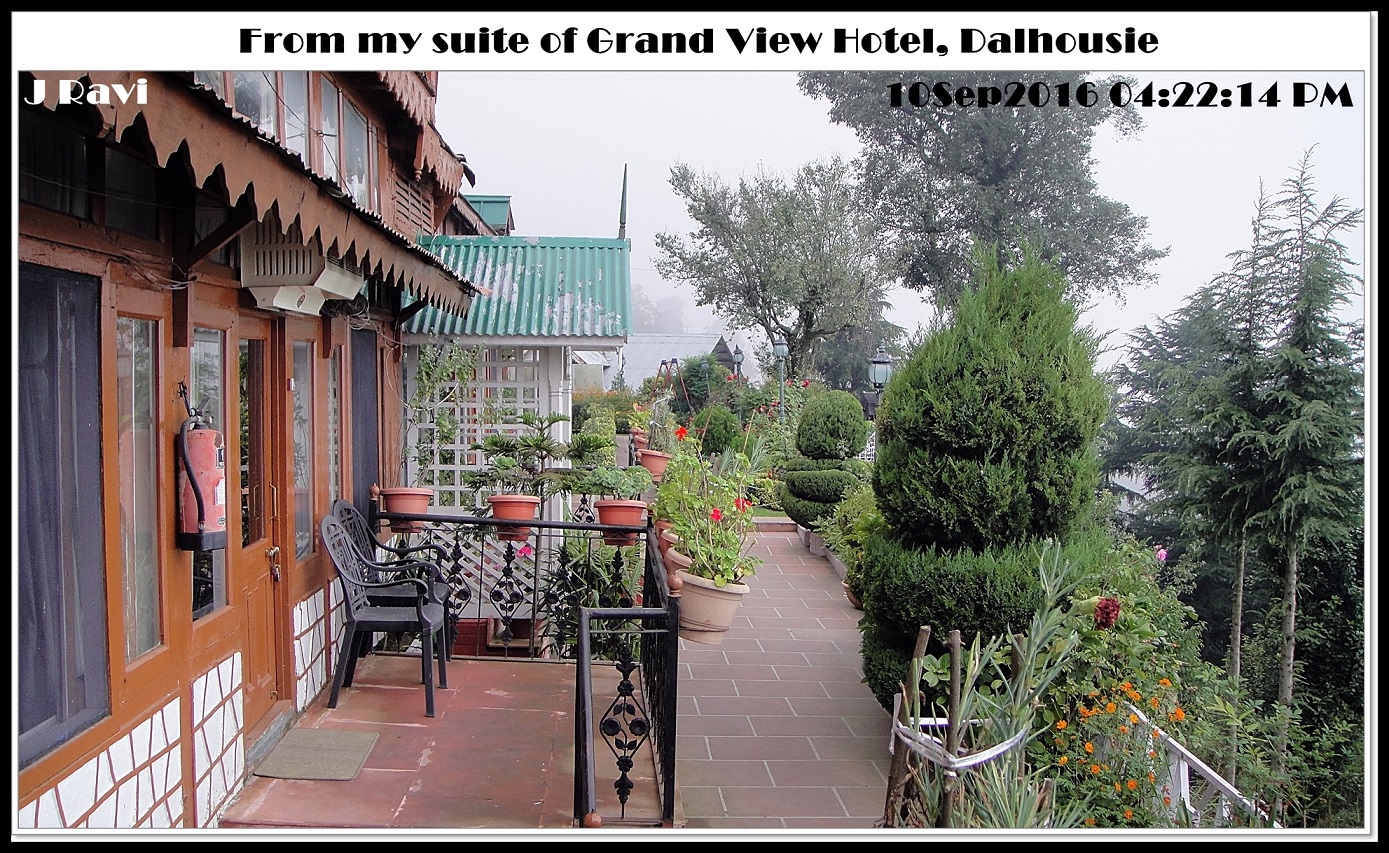 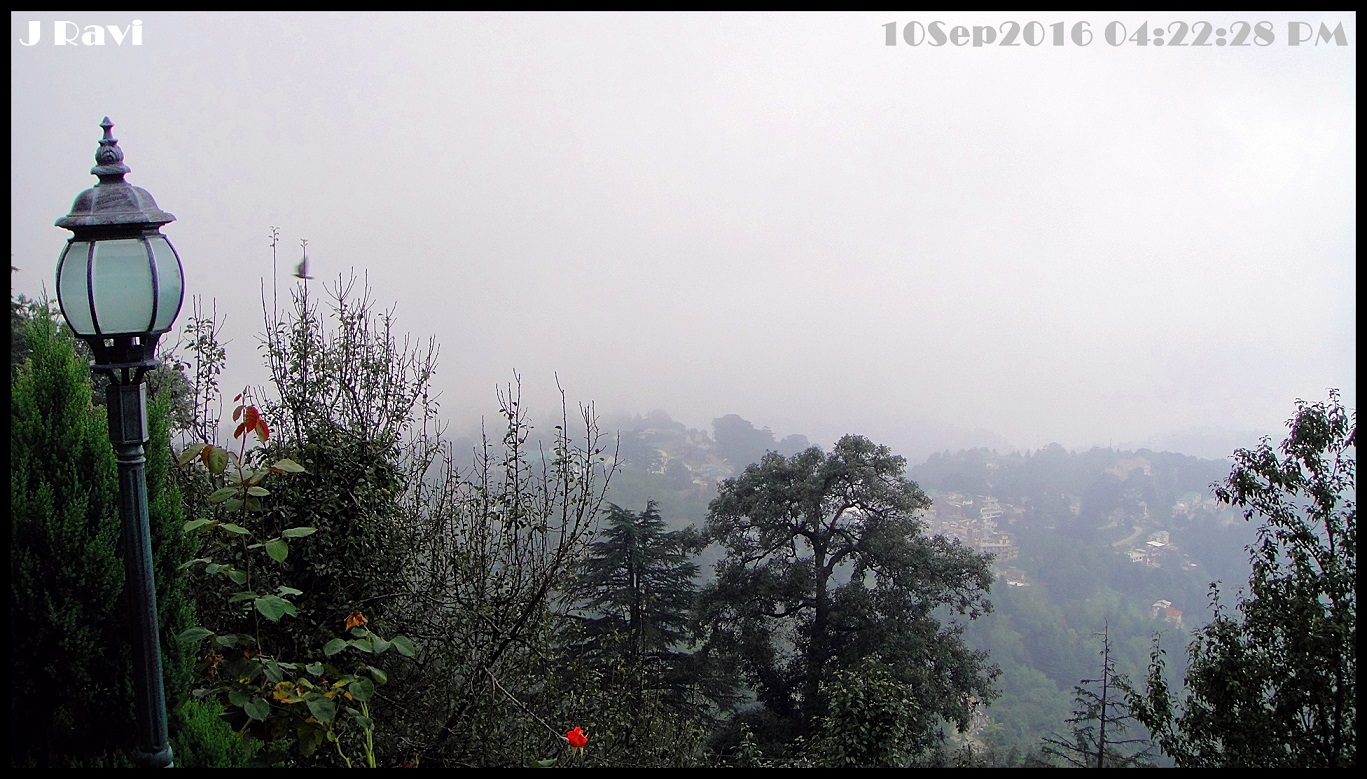 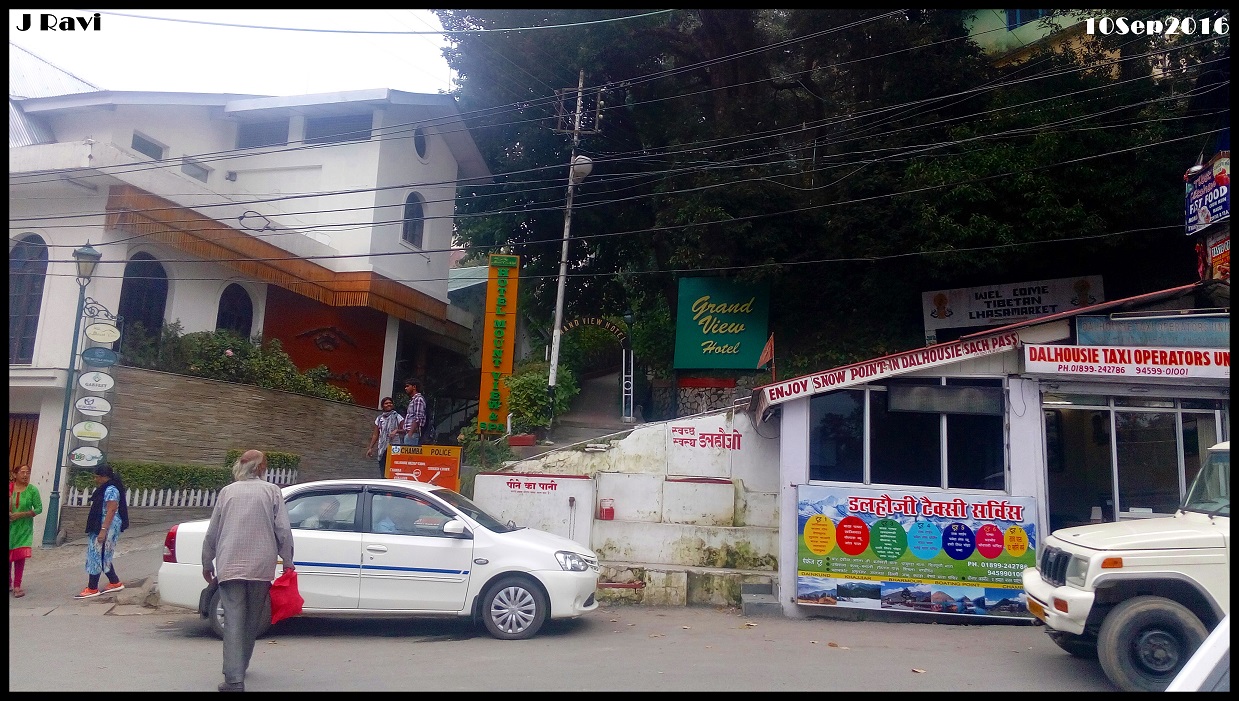 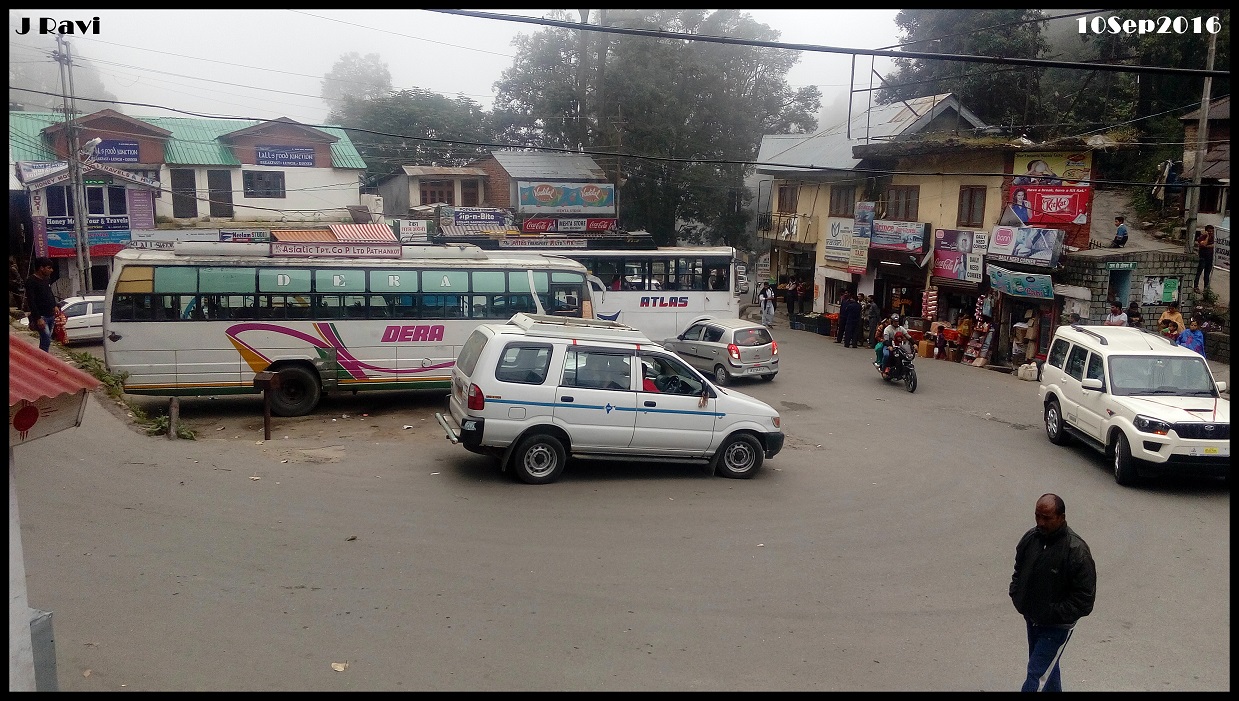 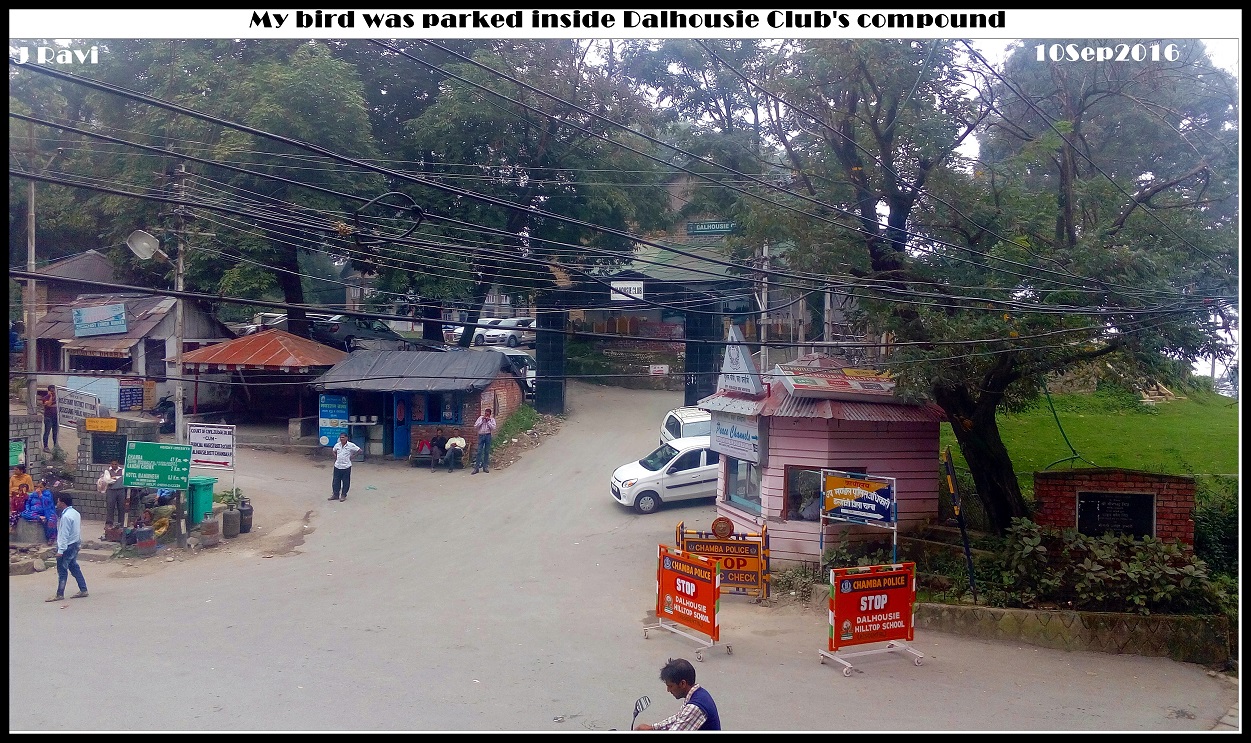 This was how I and my bird reached Dalhousie: 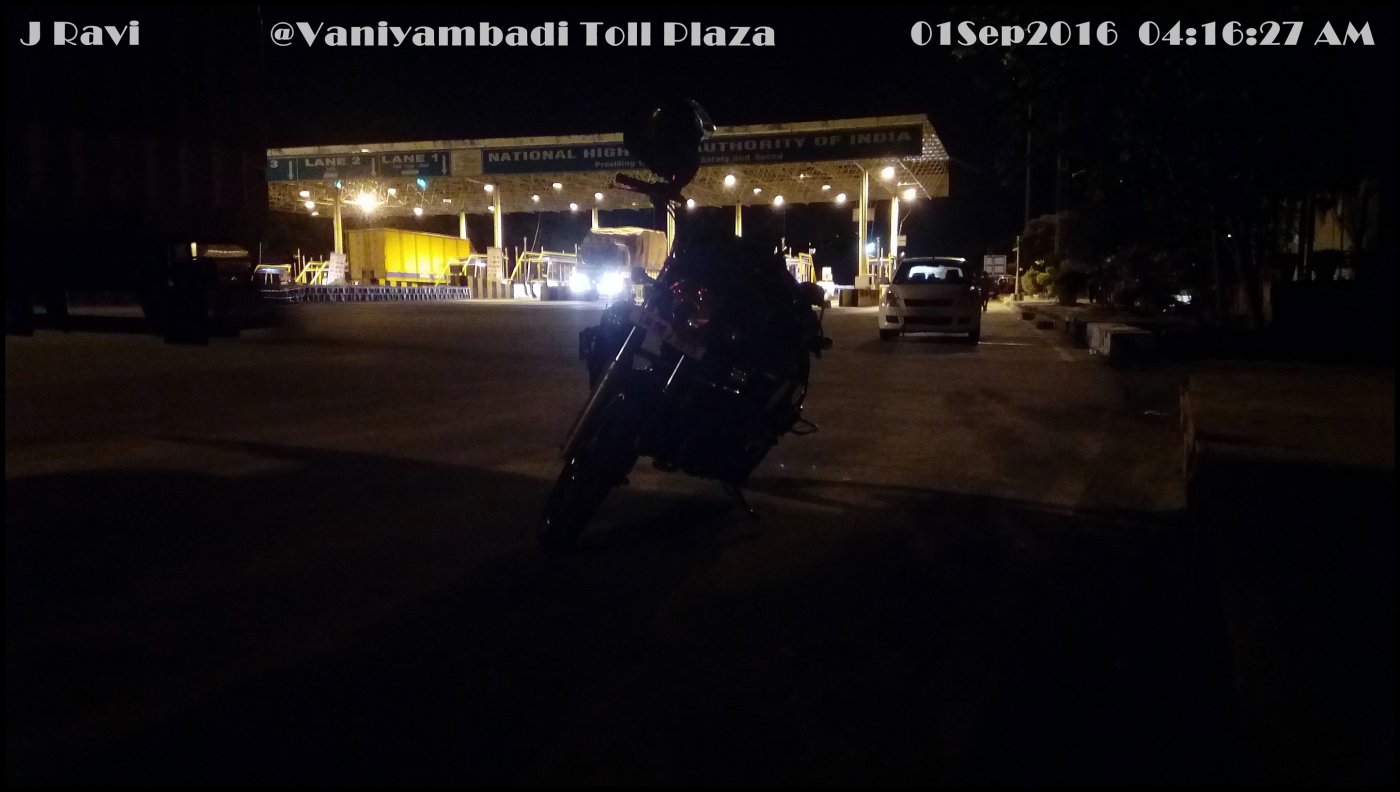 I rode Chennai to Bangalore on 1 Sep 2016 [Thursday]. Had a tankful at ₹ 59.65/litre at Chennai before the price hike, left Royapettah home at 1:45 am and reached Bangalore Basaveswara Nagar home at 7:30 am with two breaks. Had another tankful at Hosur costing ₹ 63.76/litre after the price hike. The fuel efficiency recorded was a low 26.19 kmpl due to climbing to an altitude of 3,000’. However, the final FE after the ride was better at 28.50 kmpl.

On 6 Sep 2016 [Tuesday], I left Bangalore Basaveswara Nagar home by 4:45 pm and started my solo-ride to Nagpur. But, my friend Mujumdar wanted to see me off near Yeshwantpur circle. So, we spent some time together taking selfies, photos and I finally left the place at 5:30 pm. Why did I choose to leave in the busy peak hour of the evening, when everybody else starts the journey early in the morning? I wanted to reach my hotel at Nagpur at the check-in time of 12 noon, so that I could rest fully before commencing the next long ride! So, I calculated my departure time, assuming my average speed at 55 kmph including breaks. 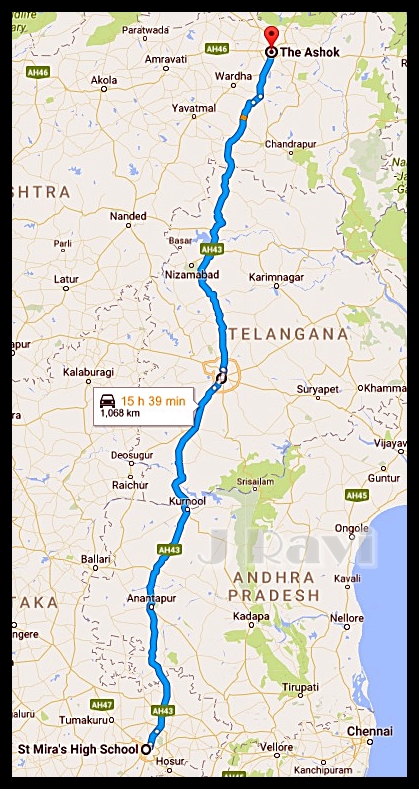 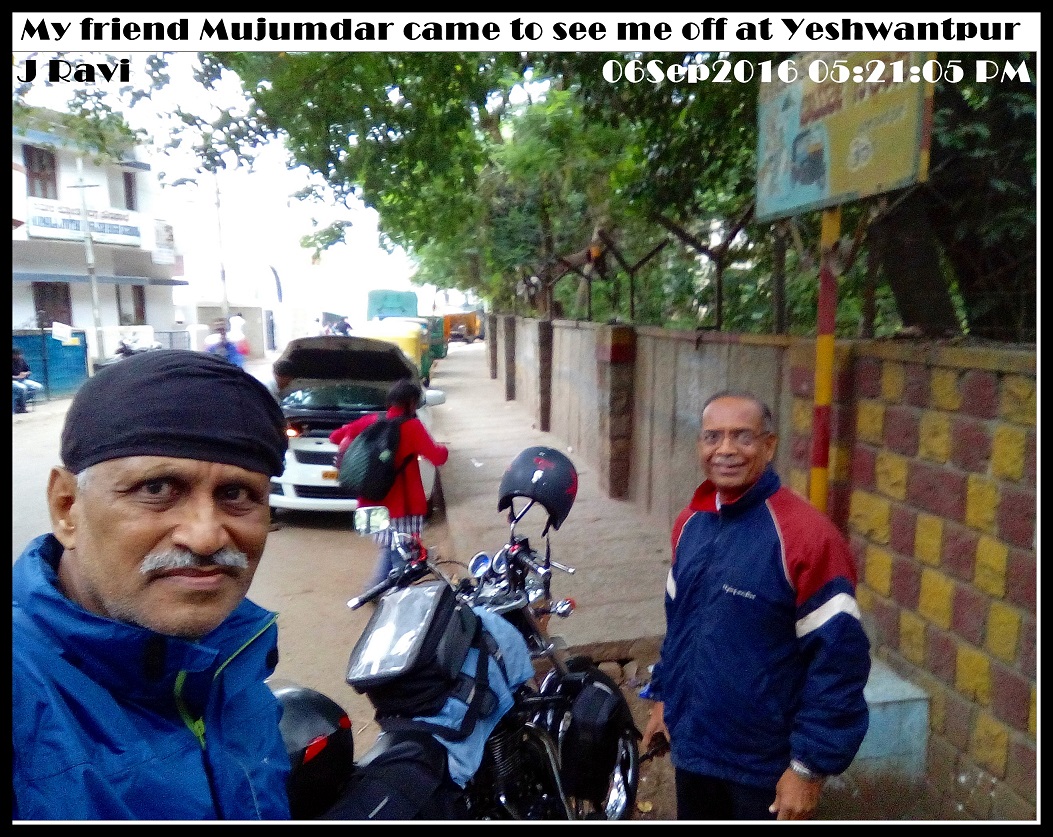 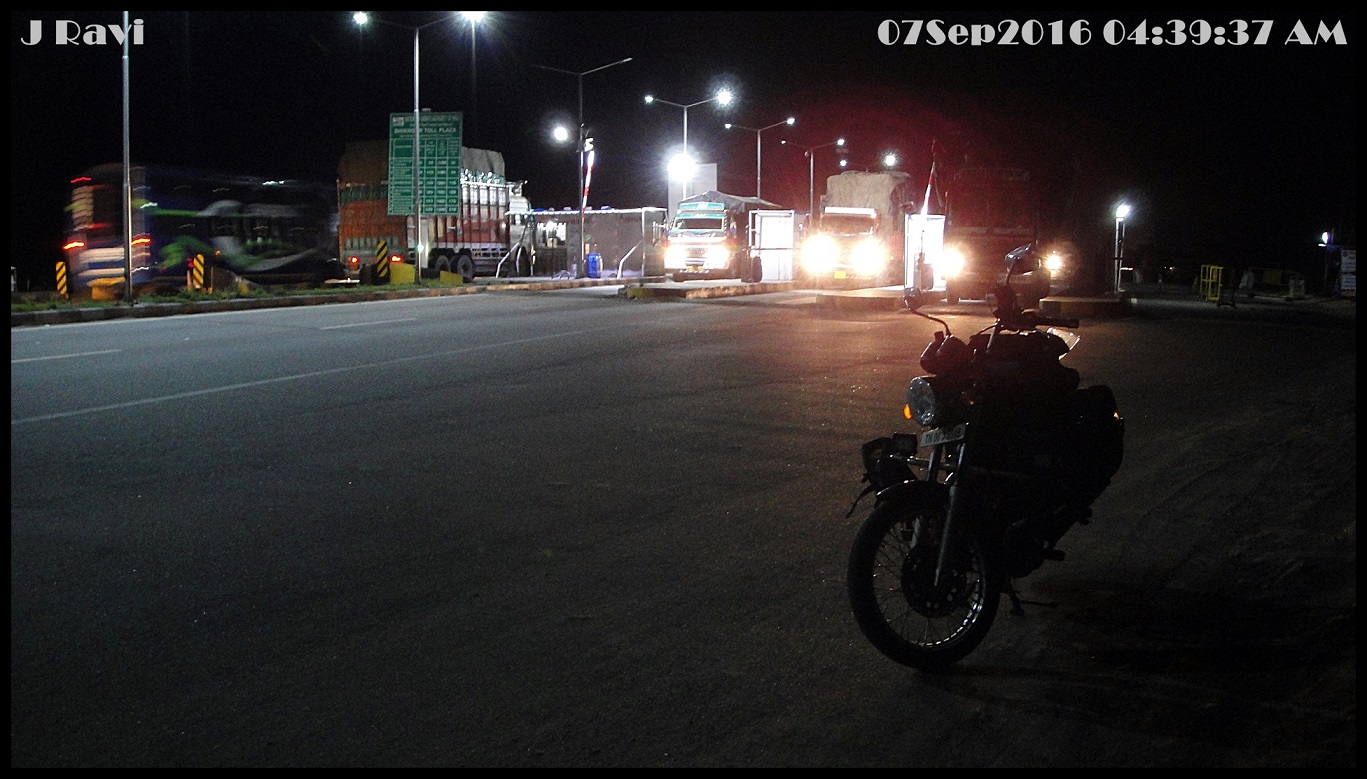 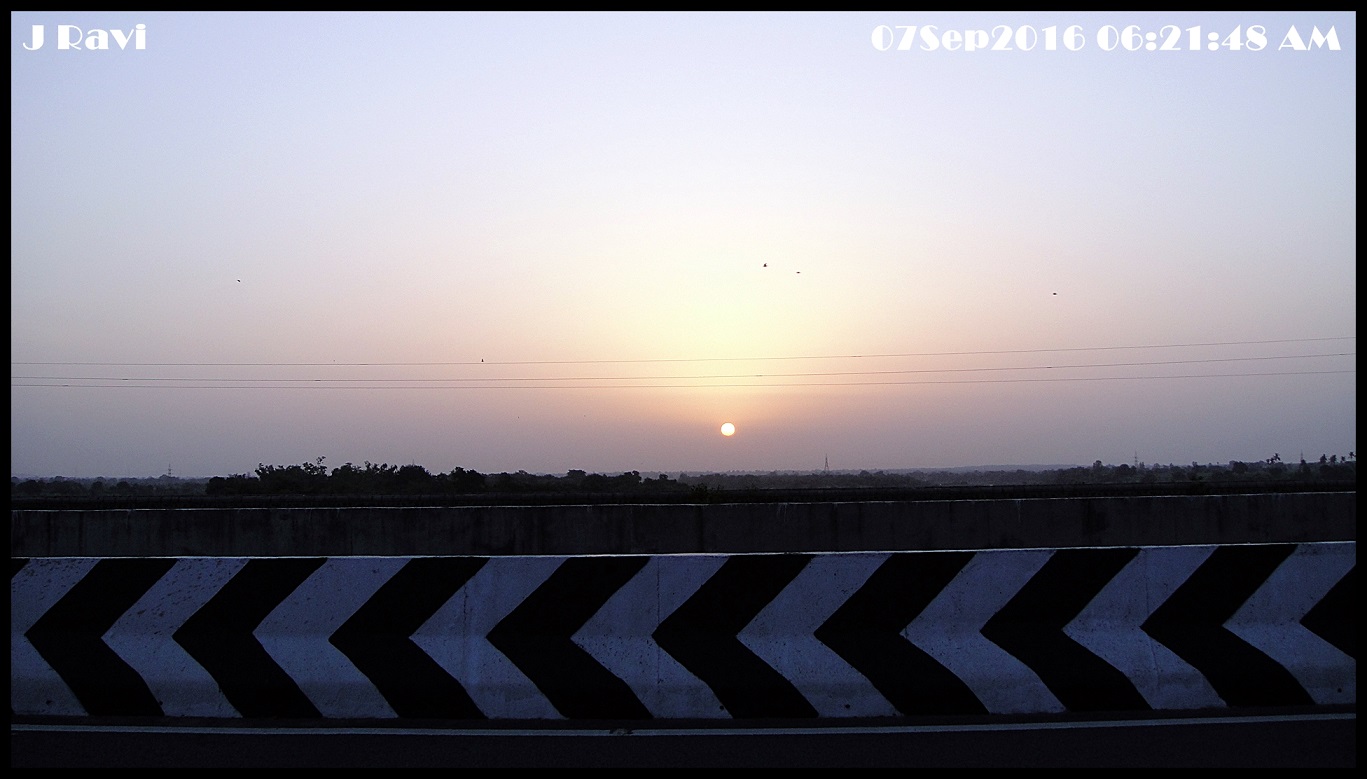 Drizzle accompanied me at many places upto Gutti. My dinner comprised piping hot idlies from the roadside vendor at Anantapur, costing just ₹ 20 for 3! Enjoyed riding through Hyderabad between 2:30 am and 3:00 am, especially on the beautiful PV Narasimha Rao Expressway, which I later came to know, was banned for two-wheelers! After Hyderabad, I was the lone rider, giving company to the big brothers like truck and bus drivers! Adilabad-Hinganghat stretch has become worse than it was during March 2016. But, the good news is that works are in progress in many stretches, a coupla petrol pumps have sprung up, I rode on a new second flyover, which was not there earlier. There were big queues on both the sides of Hinganghat level-crossing, but I managed to squeeze through thanks to my bird!

I reached The Nagpur Ashok at 11:20 am on 7 Sep 2016 [Wednesday], well ahead of my calculated arrival time. After checking in, unpacking and shower, rode to Haldiram’s at Shankar Nagar chowk and had chole bhature, sweet lassi and ras malais for brunch, returned to the hotel, slept through the evening and night, skipping my dinner! 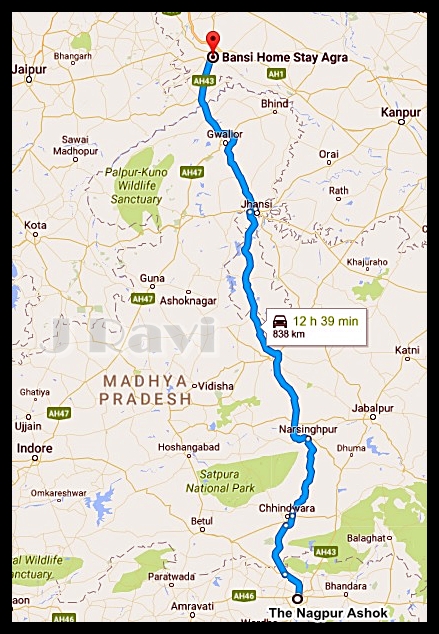 After a filling buffet breakfast, I left The Nagpur Ashok at 9:30 am on 8 Sep 2016 [Thursday] and rode via Chhindwara bypass to Narsinghpur>Agra. It rained cats and dogs, when I was at 86 km from Sagar including hailstorm, which continued for the next 2 km. I was the lone rider on the deserted highway! I was afraid that hailstorm might break the instrument cluster glass cover of my bird, which was already replaced once under warranty! My Wildcraft raincoat saved me from getting drenched totally! 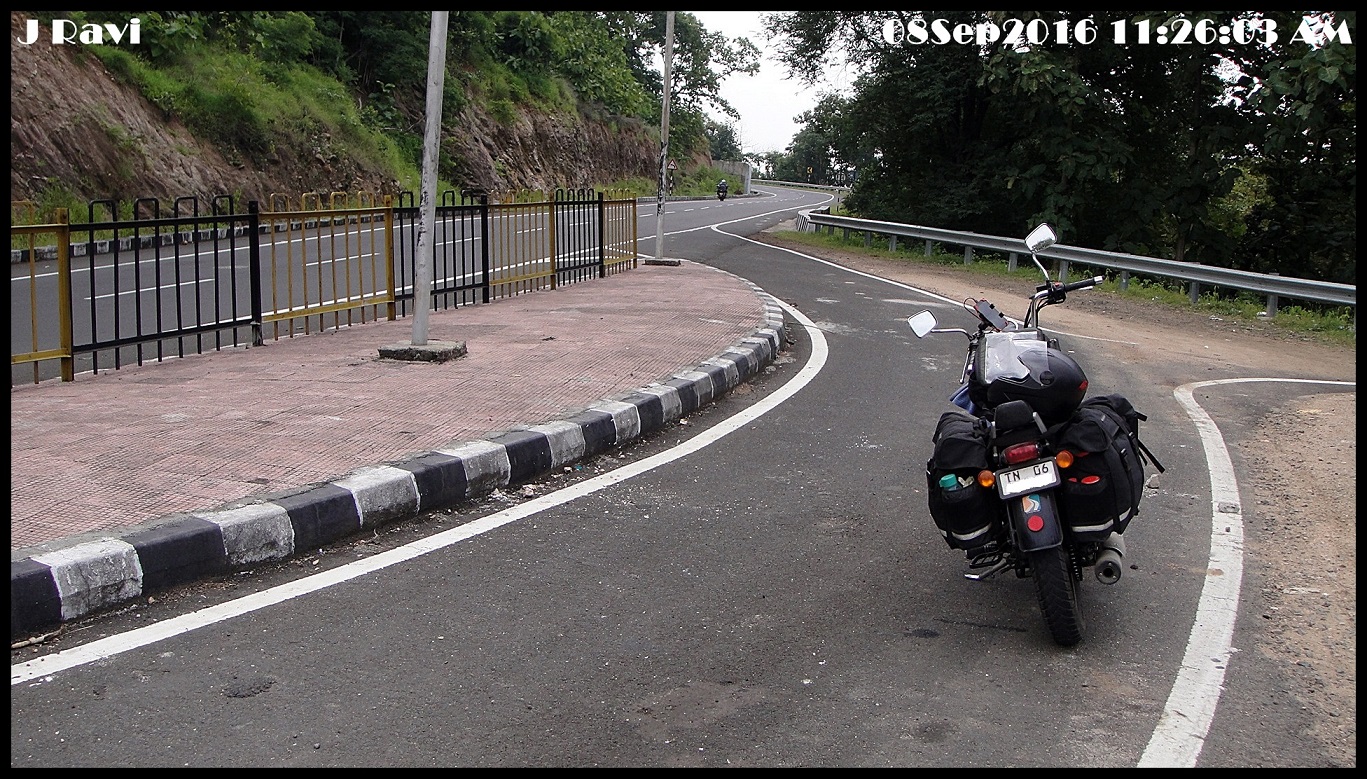 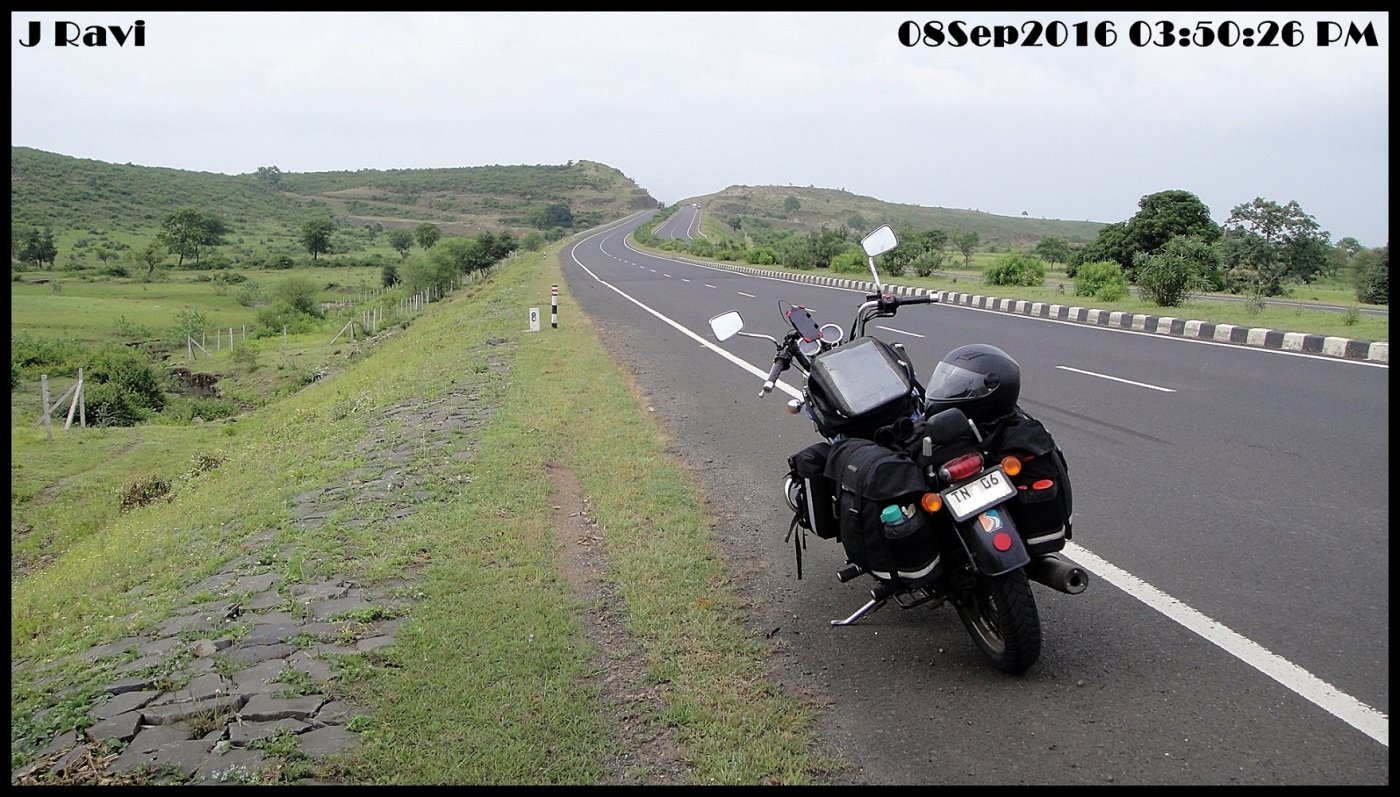 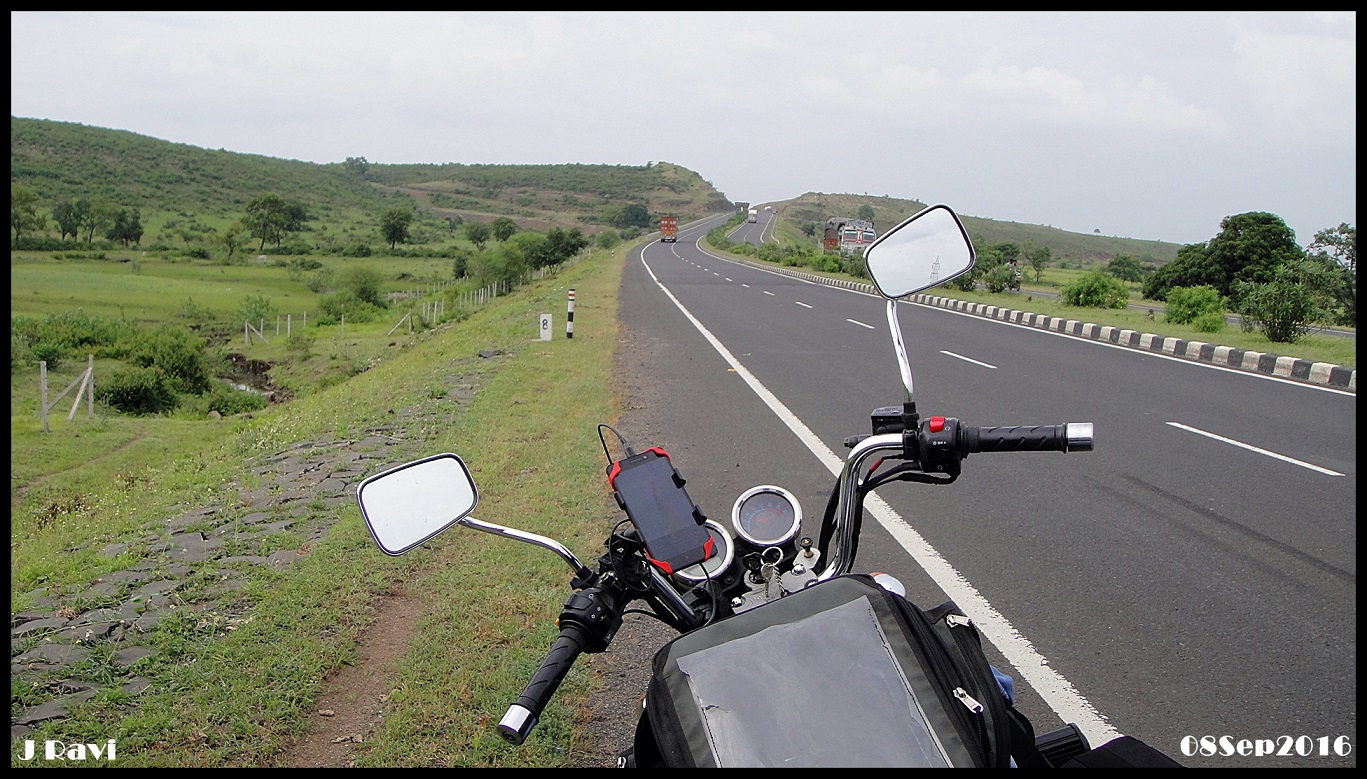 The Jhansi-Gwalior stretch was still in the same pathetic condition. Add to that the evening peak hour traffic, cattle on the road, it was a total mess one would like to avoid. Thankfully, I did not return on that stretch again! I reached Bansi Homestay, Agra at 11:30 pm after riding 833 km in 14 hours. 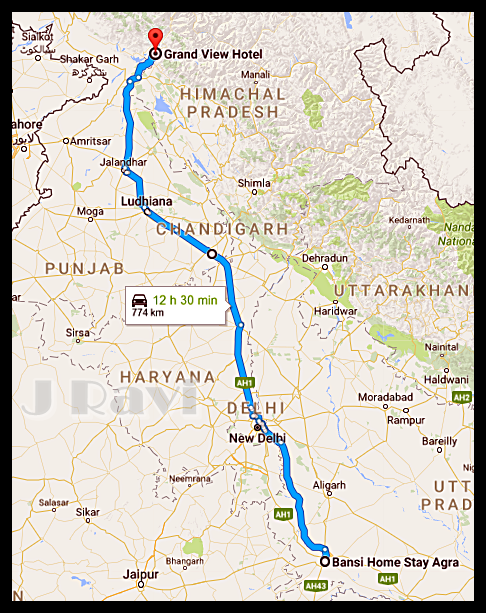 The next day morning at the breakfast table, my host at Bansi Home Stay, Agra insisted on my having more puris. So, I overate, felt like sleeping again, but left at 9 am with half mind. By the way, did anybody stay at Agra and leave without visiting Taj Mahal and/or the Fort? Yes, I did on 9 Sep 2016 [Friday]! 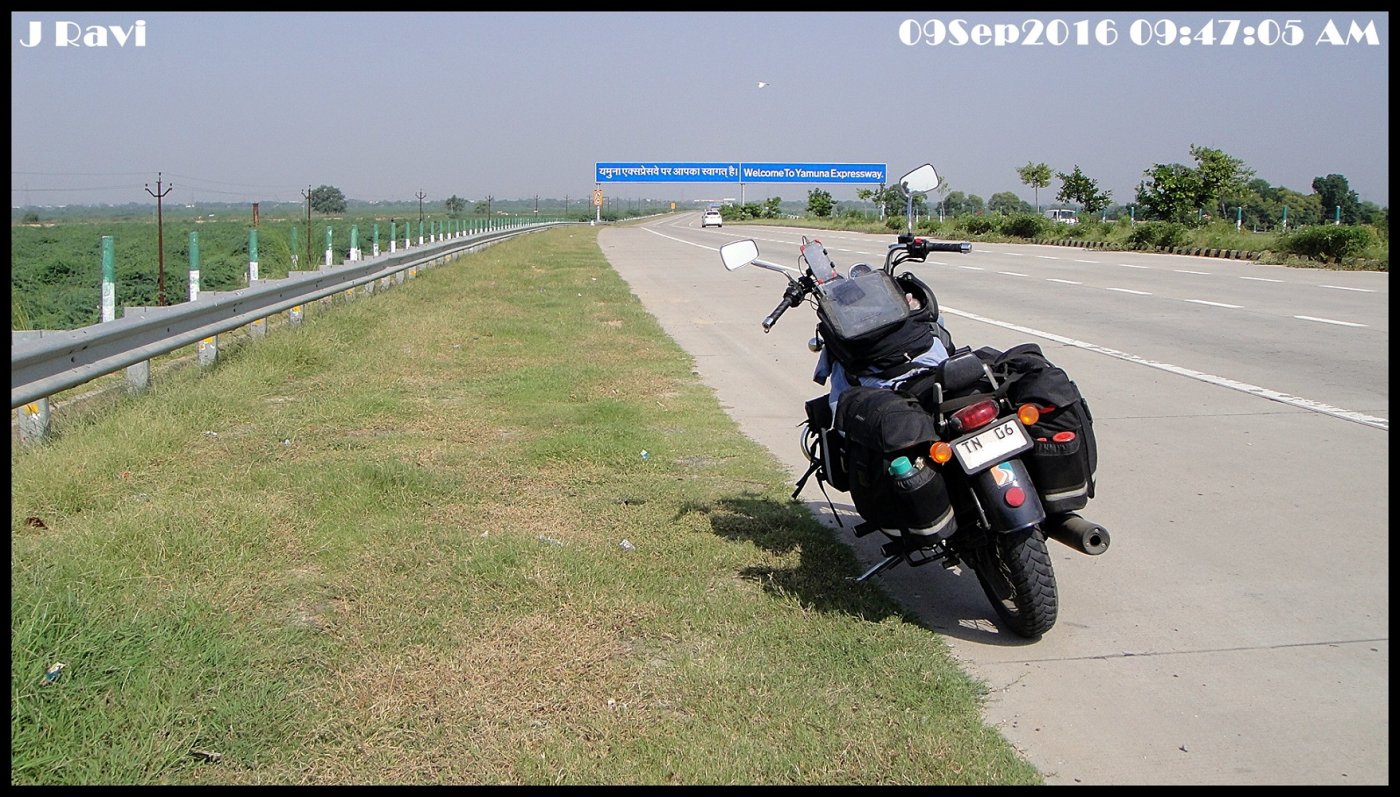 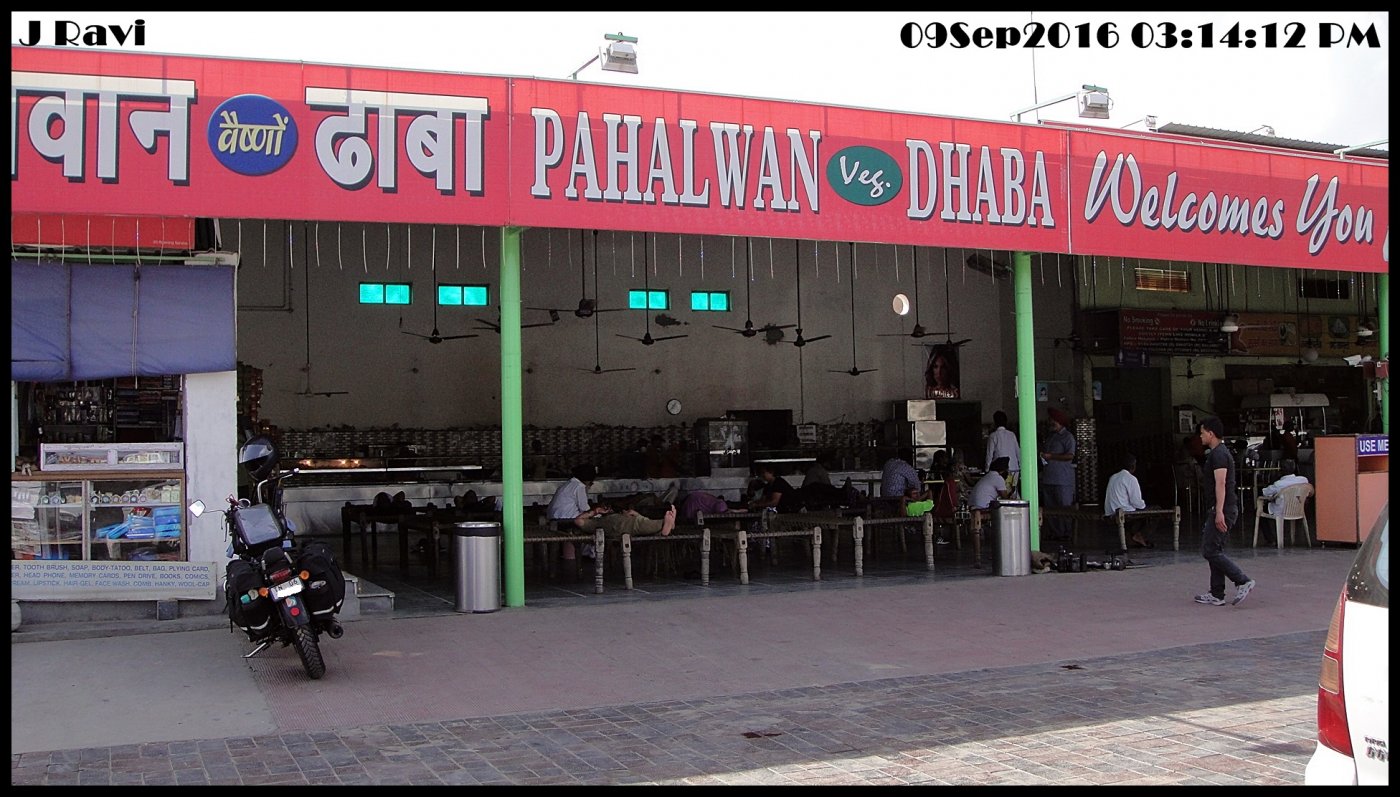 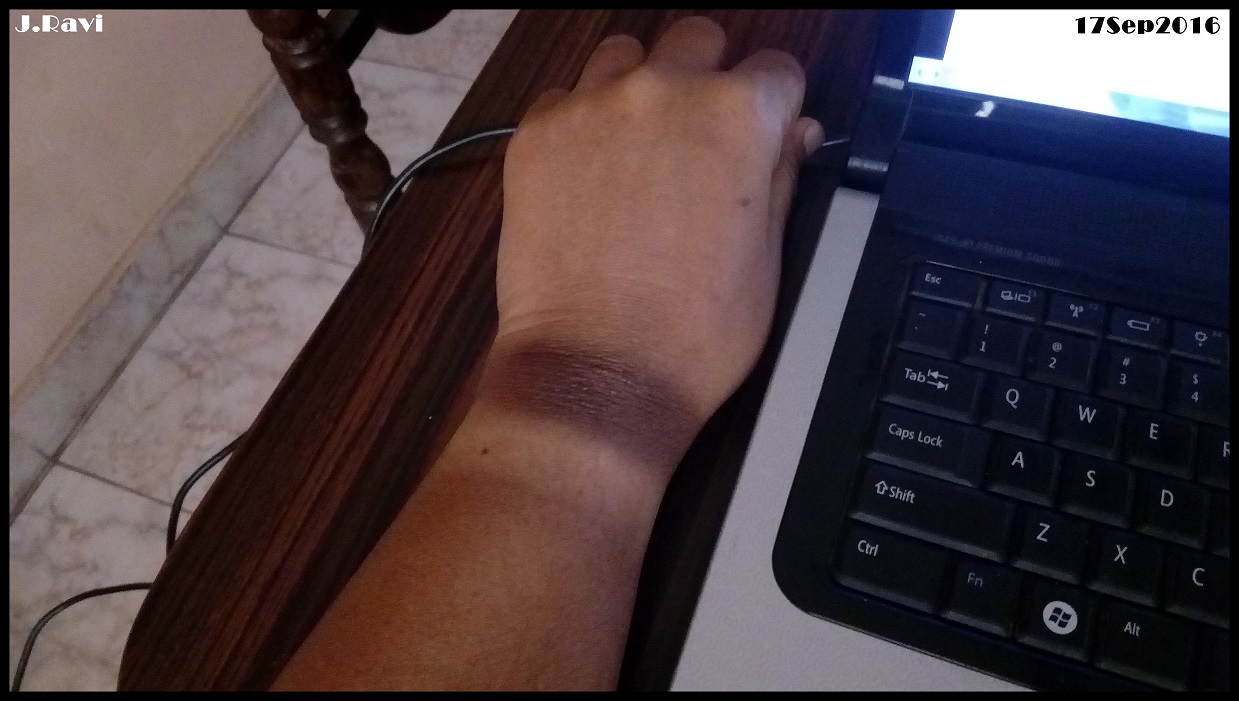 The heat was unbearable when I was riding on Yamuna Expressway and through Delhi. My exposed wrists became darker due to sun-burn, necessitating removal of my jacket. At 2 pm, I could not ride any more due to the scorching heat. So, I halted at Pahalwan Dhaba, Murthal, had sweet lassi, slept for an hour on a rope cot, had tea and left at 3 pm only.

All along my ride, many people enquired about my Thunderbird 500/phone-navigator/LED lights at petrol pumps, signals, while waiting in queue in traffic jams, regarding the price, kitna deti hai, where from, where to, etc.

There was a big evening peak hour traffic jam near the Ludhiana bypass, so I rode through the city. Had sweet lassi from sweet stall at Dasuya after Jalandhar and reached Grand View Hotel, Dalhousie at 1 am on 10 Sep 2016 [Saturday].

I am thankful and grateful to my Blue Bird for this ride across India of 6,524 km in 123 hours over 13 days through TN>KA>AP>TS>MH>MP>UP>RJ>DL>HR>PB>HPwithout any problems like puncture/breakdown/accident/falling down/harassment from cops/RTO, etc. This time, I didn't do any servicing other than one oil top-up and three chain lubrication during the ride.

Thank you very much for going through this ride report and expressing appreciation and good wishes.

Hello J.Ravi ji,
A wonderful trip and a equally good write up. Hope you are doing good.
I was wondering what shoes you were wearing during this trip..?
How are your JCB shoes. Please tell a line or two on them.
Last edited: Oct 12, 2016

pskanp said:
A wonderful trip and a equally good write up. Hope you are doing good.
Click to expand...

Thanks, pskanp. Me and my bird are fine.

I was wondering what shoes you were wearing during this trip..?
Click to expand...

My regular Woodland shoes, which serve me fine for all my rides including the previous GQ ride.

They are useless. The soft sole on the LHS got ripped off due to frequent gear changes and ultimately came out in pieces during my ride to Gandikota, AP in 2015. So, they were condemned and thrown to dust bin.

Thanks for the appreciation, Ayyachamy.

kprasad said:
May be you should try Lee cooper black shoes.
Click to expand...

@J.Ravi Sir you bought my spirit back, thanks.

Today, Blue Bird got its ninth servicing done at Sri Velavan Motors, Greams Road, Chennai, costing ₹ 2,263 inclusive of taxes. Gave the bike at 9:30 am and got it back at 7 pm. Paid by credit card without any extra charges. Got the OE stock throttle cable replaced as I don't want any surprises in my future rides. Engine oil was also replaced. B Bird skipped one service, while doing the Dalhousie ride, resulting in cost per km coming down from 78 paise to 67 paise! 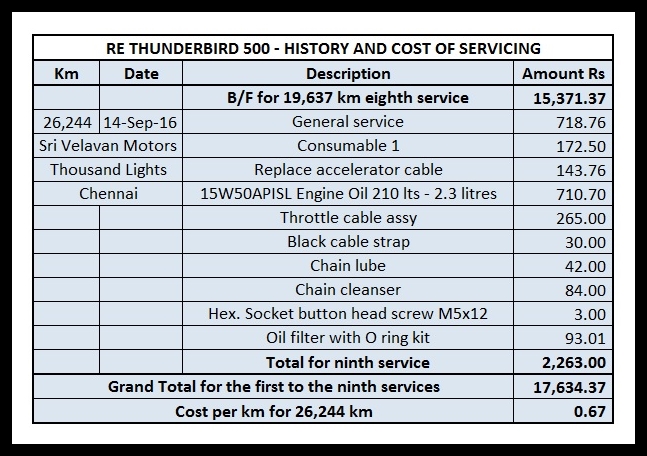 The previous service details are here.
A