Negative RT-PCR mandatory for domestic travel from Delhi airport for a non-vaccinated person?

Rtpcr at Delhi Airport is costly.

Better do it at Pvt labs outside in Delhi. It may be 600 to 1200 depending on lab to lab.
It is available within 6-10 hours only these days.

Better call your Airlines for the info.

Since Vaccines are so readily available now days, getting yourself vaccinated would be the best idea in current conditions.
S

Thanks a lot for your kind replies. I have been exposed once to Covid and have some allergies so vaccine is not advisable as per doctor. I did some digging and Delhi airport website mentions charge of 1300/- for RT PCR for fast sample collection
S

I am only able to reach chat boat of spicejet and not real customer care person, but tavel advisory of Delhi does not mention mandatory RT PCR as per new delhi airport website which I hope is updated information.

That is why I am requesting anyone to give any first hand info. if they have.


Others also telling this:
Mandatory for non vaccinated. For vaccinated they can travel by showing final certificate of vaccination.


A Friend of BCMTian took flight today evening on Indigo told this:
Here is an update... :

No requirement to fly out as such but it's not standalone and will also depend on the landing port...

So while Delhi may not require rtpcr to fly out but the landing port may require...

When flying from Delhi, nothing is checked.

Landing in Mumbai, certificate was checked, but very quickly on phone.

With the new variant scare its changing frequently as each of the state government is reacting differently to the situation.....

COVID-19 Omicron: Delhi Airport Has Arrangements for Up to 1,500 International Passengers 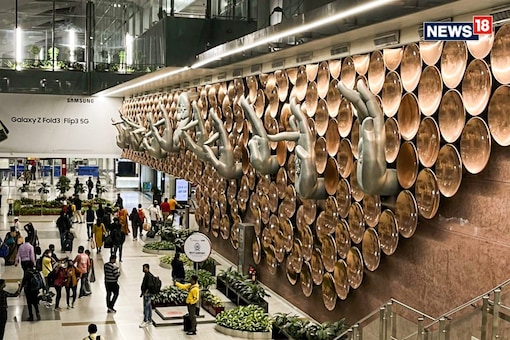 The officials said that arrangements have been made at the Indira Gandhi International Airport (IGIA) in the national capital to implement the new guidelines and ensure necessary social distancing among passengers. The airport can accommodate 1,400-1,500 passengers at a time, including those coming from 'at-risk' countries, inside the airport. The passengers will have to spend at least six hours at the premises, including waiting for the RT-PCR test results, they added.
Currently, at the IGIA, the country's largest airport operated by the Delhi International Airport Ltd (DIAL), international operations are from Terminal 3 (T3). According to the officials, the testing facility at the airport can take 400-500 samples in one hour and one test result is expected in four hours or more time.


The immigration process will be done for the passengers only after their test results come. If required, the facilities for the passengers can be scaled up, the officials said. On average, over 10 international flights land at the Delhi airport daily, they added.

A spokesperson for the Bengaluru international airport said, "we are working with all the airlines and other stakeholders to implement the new procedures and minimise inconvenience to passengers". An Airports Authority of India (AAI) spokesperson said all AAI airports that have international operations are "fully prepared" to implement the guidelines issued by the Union government in coordination with state authorities.
The spokesperson also said that the top management of the AAI is also monitoring the situation. State-owned AAI is involved in the operations of 34 international airports, including customs airports.
There were no immediate comments from Mumbai airport on the preparations to implement the new guidelines. While India has not reported Omicron cases so far, the Union government has advised states and Union Territories to ramp up testing for early identification of any cases, undertake effective surveillance of international passengers and strictly monitor hotspots.
As per updated list on November 26, the countries designated as 'at-risk' include European countries, the UK, South Africa, Brazil, Bangladesh, Botswana, China, Mauritius, New Zealand, Zimbabwe, Singapore, Israel and Hong Kong. On Monday, a GMR spokesperson said all necessary arrangements will be ready on time keeping in mind the fresh guidelines and passenger convenience.

"We have made similar arrangements earlier as well during previous waves of the pandemic. We will ensure adherence to COVID-19 protocol during the stay of passengers inside the terminal," the spokesperson had said. GMR is the majority stakeholder in DIAL and GHIAL, the operators of Delhi and Hyderabad airports, respectively.
.