I wanted to write a review for this dhaba ever since I got back from my Kinnaur trip. The dhaba is in Narkanda main market, bang opposite Hotel Mahamaya. Its a very conspicuous place, packed most of the time (specially during meal hours) and serves delicious food. We had mushroom masala and rajmah rice, which were both very good. I had pahadi rajmah for the first time and quite liked it. For non-veg eaters, their meat chawal is supposed to be very good too. I had tried mushroom masala at Hotel Hatu earlier as well, it was good but not as delicious as the one I had at the dhaba. Despite the rush in the dhaba most of time, the service is pretty fast. We ended the meal with a simple yet yummy vanilla softy there!

i had been to this Dhaba on my My March trip to narkanda i stayed at Hotel Mahamaya ......they serve Maggie with a different style too...

I have had food many times at this place as its one of those very few eating out options in the main market if Narkanda. I have always reached here starving for food so never really disliked it but didn't find anything special. All in all, a VFM place with decent taste and quality.

I have lost the count as to how many times i have eaten at this place.
I remember the unclejee's(owners face as well),and i guess he remembers mine as well.
I like it,its neat and clean,and food is good,though nothing exceptional.
Only downer,its pretty small and gets crowded at times.

Having eaten at this place few times, I find this place very clean and tidy and the food is quite good and VFM.

My favorite at this place every time has been chicken maggi and rice with chicken curry.

HERE is the photo: 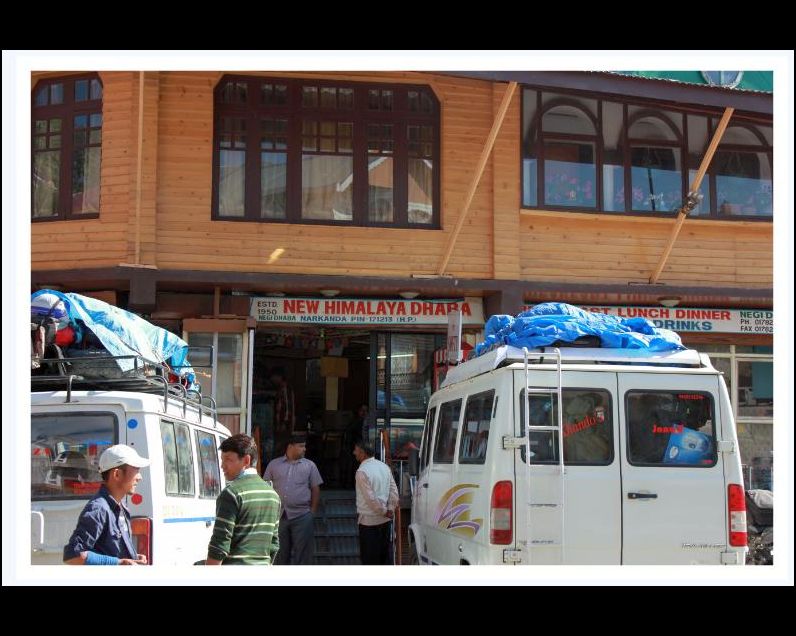 Been there two weeks back. Stayed at narkanda for two days, partially because of nice food available at this Dhaba. Only decent place between Fagu and Rampur for food. Everything was nice from paranthas to grilled sandwiches. Dinner has to be booked by 5 PM.

Their chicken maggi with chunks of smoky chicken and heaps of veggies is divine. The aloo paranthas with butter and curd are best savoured in the mornings. We fell in love with this place while we were in Narkanda last spring.
You must log in or register to reply here.
Share:
Facebook Twitter Reddit Pinterest WhatsApp Email
Top