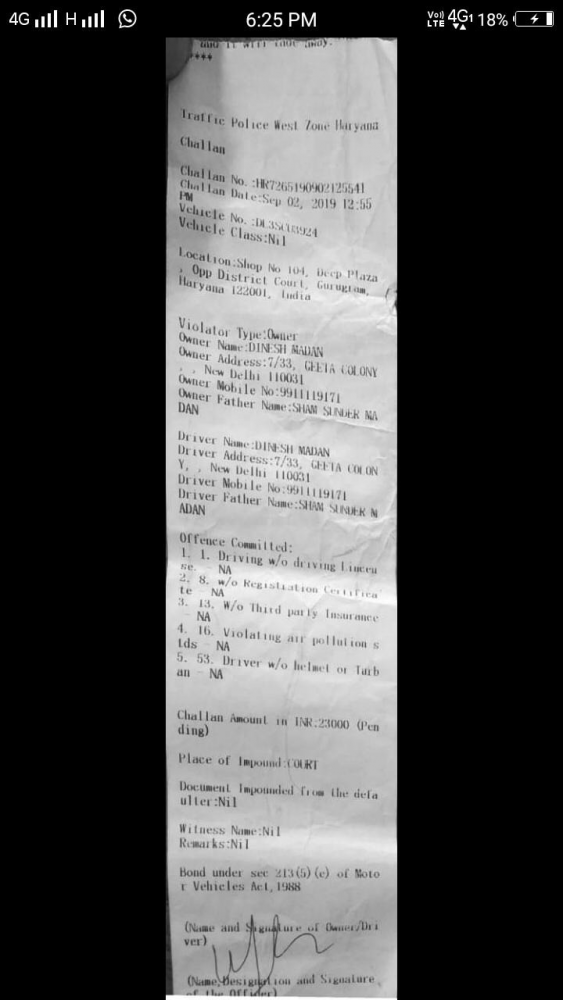 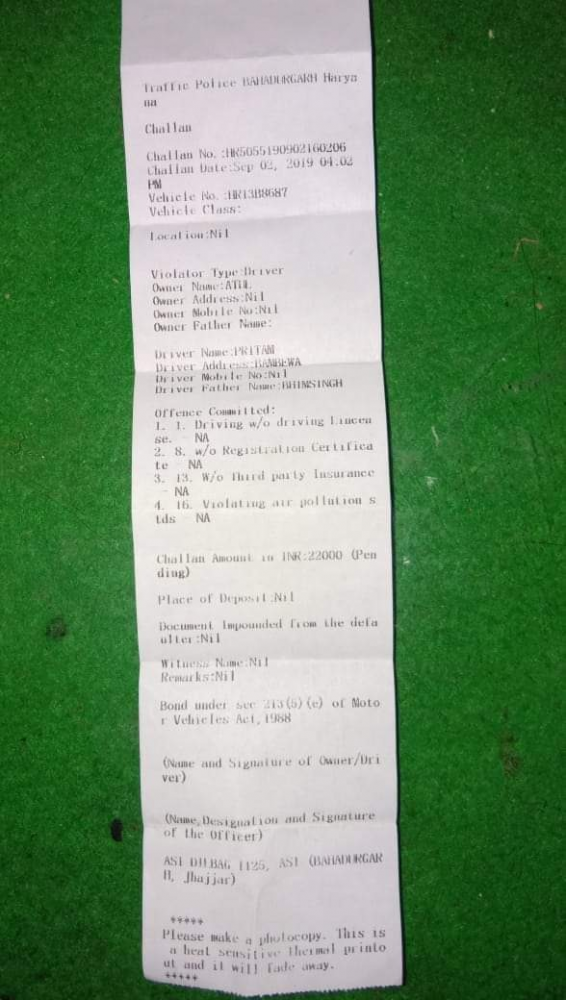 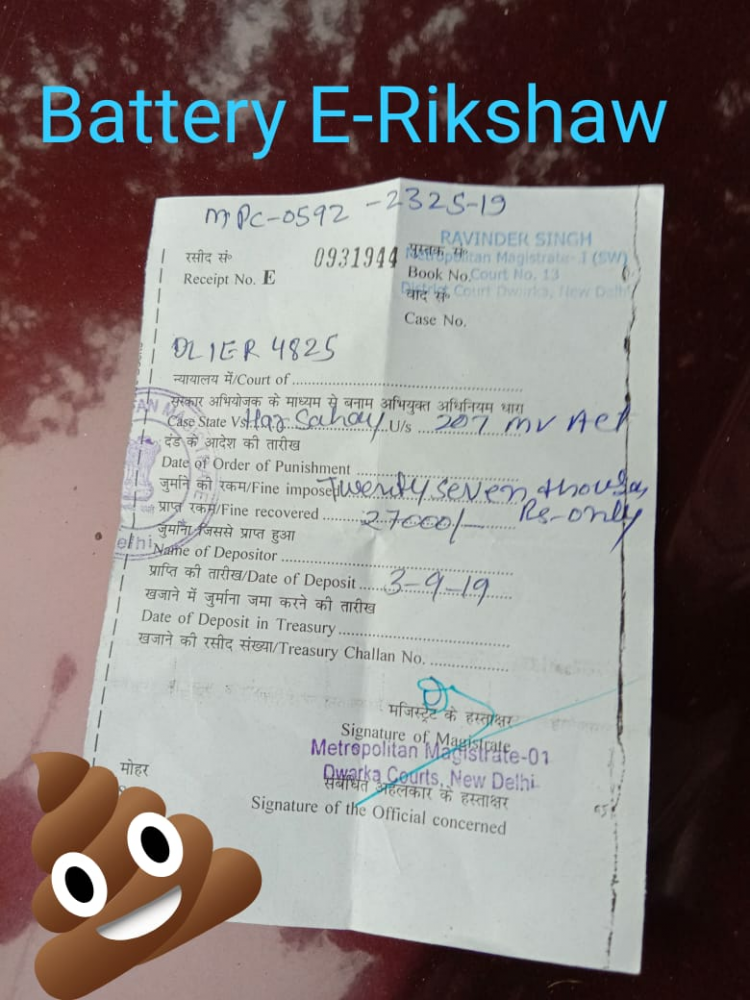 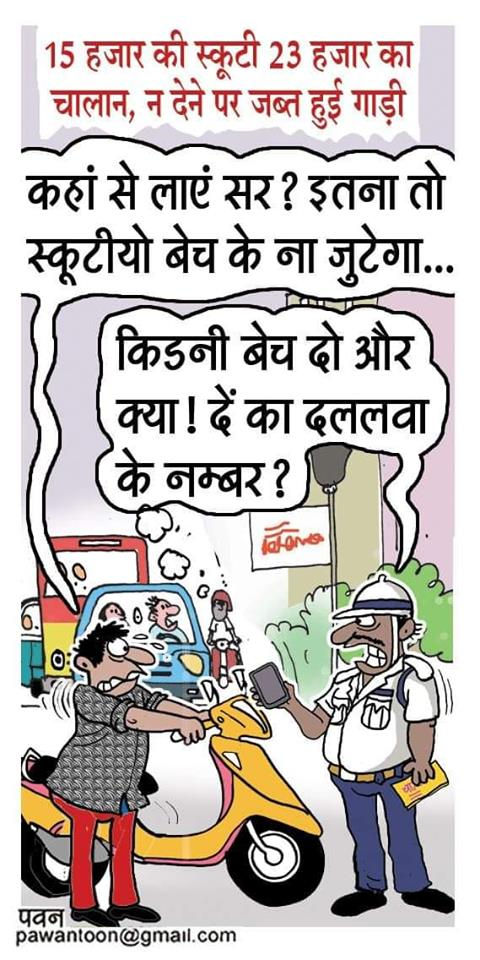 Driver Haribandhu Kanhar claimed he had not violated any rule except driving after having alcohol. 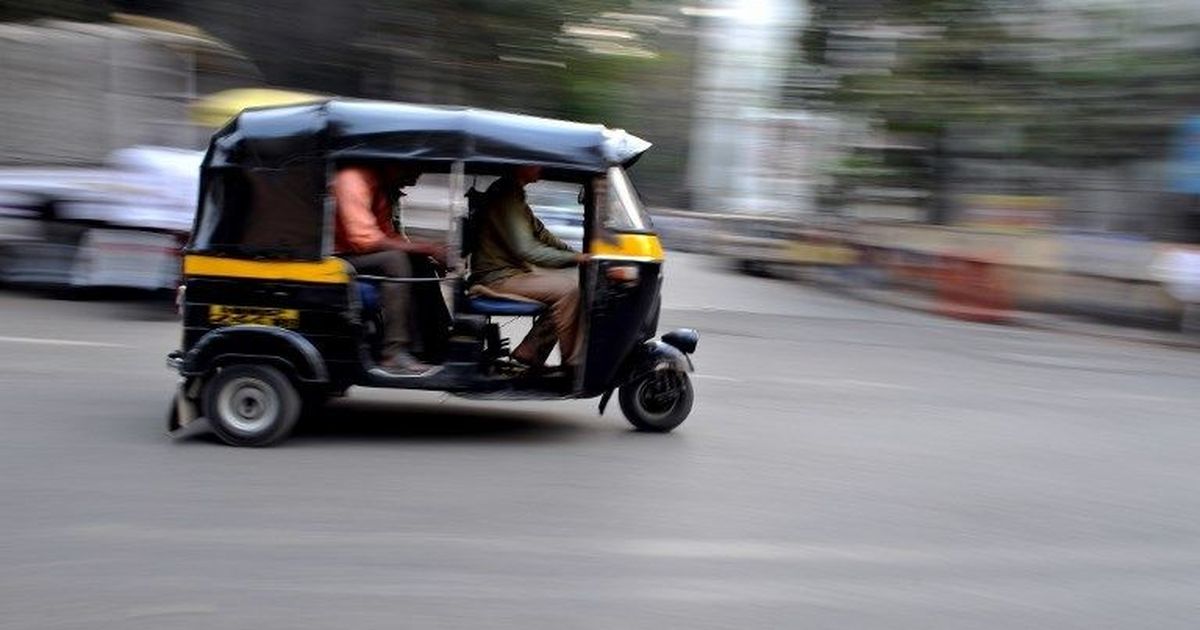 A drunk auto-rickshaw driver in Odisha’s Bhubaneswar was on Wednesday fined Rs 47,500 by the transport department under the new increased penalty amounts for traffic violations, PTI reported. The officials fined the driver identified as Haribandhu Kanhar under the Motor Vehicles (Amendment) Act, 2019, which came into effect on September 1.
The traffic police and Regional Transport Office Bhubaneswar personnel intercepted the auto-rickshaw at Acharya Vihar Chhak in the city. Kanhar admitted that he was driving under the influence of alcohol at the time of the interception. “I cannot pay such huge amount of penalty,” he said. “Let them seize my vehicle or send to jail, I cannot pay the amount.”
He said he bought the auto for Rs 25,000 a week ago, according to News18. “I graduated a long ago, but couldn’t find any sort of employment,” Kanhar said. “I bought the auto to earn a living by plying it.”
Kanhar was fined Rs 500 for general offence, Rs 5,000 for allowing an unauthorised person to drive the vehicle, Rs 5,000 for driving without a valid licence, Rs 10,000 for drunk driving, Rs 10,000 for violating air and noise pollution norms, Rs 5,000 for using vehicle without registration and fitness certificate, Rs 10,000 for using vehicle without permit or violating permit conditions and Rs 2,000 for plying without insurance.
The driver said: “I do not understand why I was asked to pay such a huge amount as fine. I have not violated any rule except driving after having alcohol. I have all necessary documents and they are all updated, but I have them at home. I do not keep them in my auto as they often get stolen.”
However, Additional Deputy Commissioner of Police (Traffic), Amaresh Panda, said he committed other offences too. “The auto-driver was found to be under the influence of alcohol when he was stopped by traffic policemen on the road,” Panda told News18. “He was caught after he jumped a traffic signal. He failed to produce the documents pertaining to his vehicle and his driving skills. He was fined Rs 47,500 for all the different violations we found.”
He has been asked to deposit the penalty amount at the Driving Testing Centre in Chandrasekharpur in Bhubaneswar.
On Tuesday, the Gurugram traffic police had fined a two-wheeler rider Rs 23,000 for flouting multiple rules under the amended Motor Vehicle Act. Dinesh Madan, a resident of East Delhi’s Geeta Colony, was penalised for not carrying the required documents and riding without a helmet.
The Motor Vehicles (Amendment) Bill, 2019, was passed by the Rajya Sabha on July 31 and came into force on September 1. The legislation aims to remove corruption, improve road safety and use technology to regulate traffic. It also enforces stricter penalties for road traffic violations.
On the first day after it was implemented, 39,000 drivers were fined for several offences, including for triple-riding, pollution norms and tampered number plates, among other violations.

Digilocker can save you from steep traffic fines! Carry driving licence, RC, insurance electronically. Here’s how
Worried after Delhi man fined Rs 23,000 for traffic offences or caught by traffic police? Know your rights! Digital presentation of documents is valid according to a notice issued by the Ministry of Road Transport and Highways.
By: Express Drives Desk
September 4, 2019 1:34:33 PM
Image Credits: PTI
Revisions to the Motor Vehicle Act 1988 brings in hefty fines for traffic violations among other provisions. The revised fines came into force starting September 1st. And already we have come across cases in which a man from Delhi was fined Rs 23,000 while another was served with challans amounting to as much as Rs 32,500 by traffic police personnel. Apart from the disobeying of traffic rules, one of the major reasons for the issue of such hefty challans is people not being able to present valid documents of their respective vehicles when stopped by the traffic police. Though carrying of valid documents of your vehicle is absolutely necessary, it is not required that you must have physical copies of the same.
Image Credits: Twitter
According to a circular issued by the Ministry of Road Transport and Highways (MoRTH) dated 17.12.2018, documents such as Driving License, Registration Certificate, Insurance and PUC can be presented in the electronic form. The ministry has also written to all the state transport department to treat electronic copies of driving license and other required documents on the Digilocker or mParivahan app as valid and on par with the original. On the Digilocker app, one can upload scanned copies of the documents in PDF, JPEG or PNG format. To use this app, one has to simply download the same in his/her smartphone and create an account with the help of the Aadhar number and mobile number.
The electronic copies of documents are only valid if they are stored in Digilocker or mParivahan app. Producing the same to a traffic police personnel in the form of a clicked image will still land you in trouble. So the next time when you are stopped by the traffic police and asked to produce your documents, you can do the same by showing them the electronic-copies which are stored in the Digilocker or mParivahan app.

Digilocker can save you from steep traffic fines! Carry driving licence, RC, insurance electronically. Here’s how

Worried after Delhi man fined Rs 23,000 for traffic offences or caught by traffic police? Know your rights! Digital presentation of documents is valid according to a notice issued by the Ministry of Road Transport and Highways.
www.financialexpress.com

Check this thread for Digilocker :

Do you use Digilocker?

Do you use Digilocker? If yes, how has your experience been with it so far? Has the app worked well, especially when you need it? And more importantly, what was the reaction of the cops, if you ever had to show it to them? 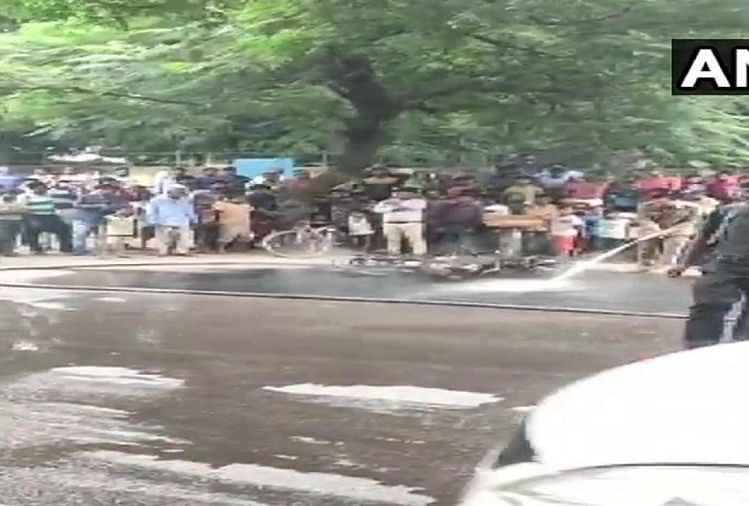 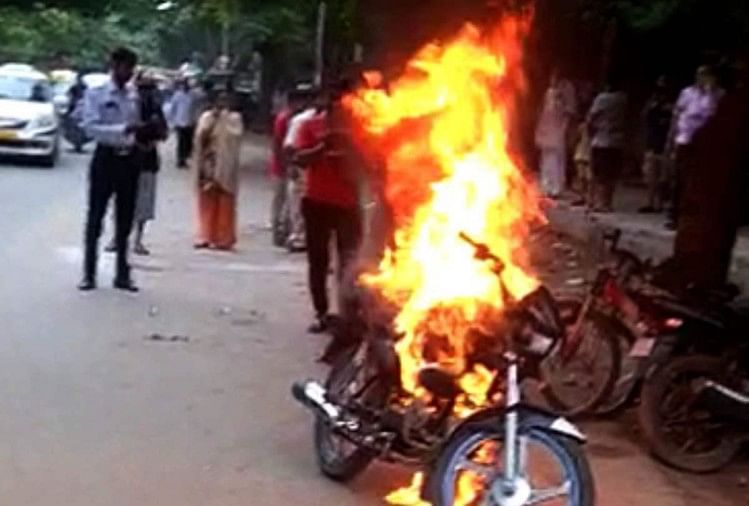 Now Traffic Police Will Not Impose Challan By Hiding Behind Tree 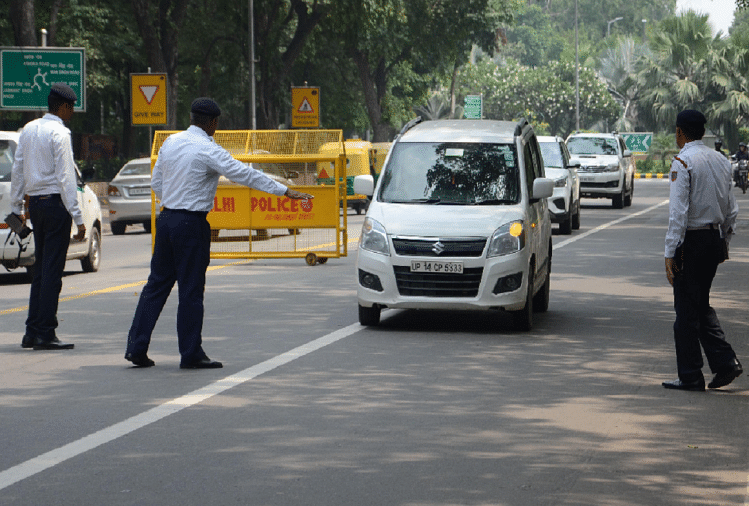