Delhi Police is Penalizing Cab Drivers for Not Carrying Condoms and Nobody Knows Why
Delhi cab drivers say that while the police are unaware as to why it is necessary to carry a condom in the first-aid box, they end up being penalized for not carrying one.
News18.com
Updated:September 24, 2019, 8:44 AM IST


Ever since the Amended Motor Vehicle Act has been notified, we are getting to see all kinds of challans being issued. However, as per some Delhi cab drivers, they are being penalized by the police for not carrying condoms in their first aid box. And while safe sex is a practice that should be talked about, the reasons as to why a condom could come in handy for these cab drivers goes beyond just that.
As per the drivers, it can come be useful in scenarios like a burst pressure pipe where the condom can stop the leakage in the car for some time. In case it rains, it can cover their shoes. It can also be tourniquet in case of an injury.

Ramesh,Sachin,Rajesh - cab drivers: Condom is used for safe sex. If a pressure pipe in car bursts, condom can stop leakage for sometime. If it rains,it can cover shoes. Can be tourniquet in case of an injury. Traffic police don't know usage of condoms. They laugh when we ask them 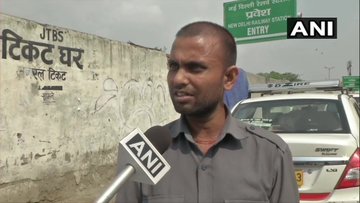 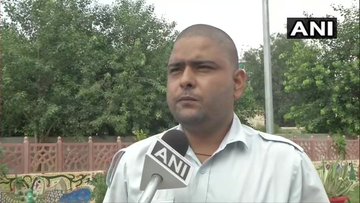 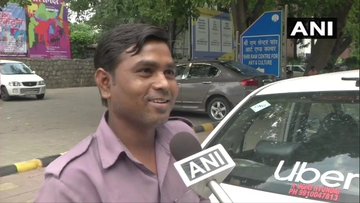 260 people are talking about this

Interestingly, the Delhi Motor Vehicle Rules (1993) mandates that every “stage carriage” and “contract carriage” should carry a first aid box. The box should have sterilized finger dressing, hand or foot dressing, two large and three small burn dressings, a bottle of 2 per cent tincture iodine, sal volatile, body dressing (one extra-large), a medicine glass and an empty bottle fitted with a dropper for the eyes. There is no mention of a condom even in the guidelines of the Central Motor Vehicles Rules, 1989.
As per the cab drivers, on the other hand, they are penalized by the police in case they are not carrying a condom in their first aid kit. But if they ask the police the reason for which they should be carrying one, then they are met with a laugh as even the traffic police is unaware of the reasons that makes carrying a condom necessary. 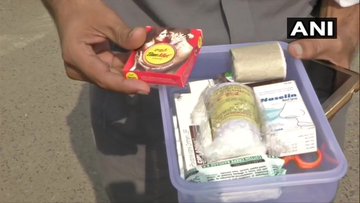 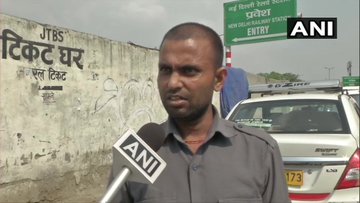 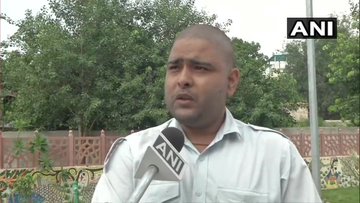 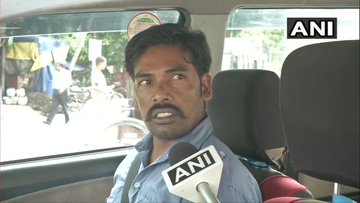 770 people are talking about this


So while there may be a bit of confusion around the entire matter, there are two key things that should be kept in mind. First, we are yet to see a challan being issued for not carrying a condom, and second, there can never be enough talk around the importance of safe sex and a condom. And given that its use inside a first aid kit of a cab goes beyond just that, even if it is not mandated by law, it is good to see the cab drivers having it in their car.


Delhi Police is Penalizing Cab Drivers for Not Carrying Condoms and Nobody Knows Why
Last edited: Sep 25, 2019

Delhi cabbies fall for fake news, start keeping condoms in cabs
The odd rumour gained traction after a cab driver Dharmendra claimed to have been fined for not keeping a condom in his cab. 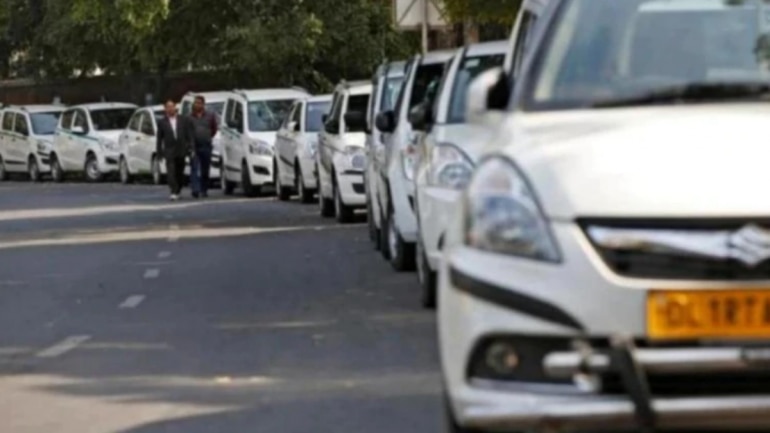 The cab drivers say that if they won't carry condom, they are likely to get fined. (Photo: PTI)

Abizarre rumour has taken hold in Delhi. Delhi cab drivers are nowadays mandatorily carrying condoms with them to escape challans.
The cab drivers say that if they won't carry condom, they are likely to get fined.
The odd rumour gained traction after a cab driver Dharmendra claimed to have been fined for not keeping a condom in his cab.
Dharmendra said that he was fined by the traffic police because he did not have a condom in his first-aid kit, however, the challan receipt cited over-speeding as the reason for the fine.
The incident led to cab drivers thinking that keeping condoms are mandatory to avoid challans.
Delhi Sarvodaya Driver Association president Kamaljeet Gill, said, "All public vehicles are required to carry at least three condoms at all times."
However, the cab drivers are carrying condoms, not for the reason you think.
Kamaljeet said that condoms are used to stop bleeding or to treat a wound. He said, "If any person has a fracture, a condom can be tied at the spot till the person reaches the hospital," Kamaljeet said.
A cab driver Ramesh said, "I have heard that it is necessary to keep condoms, so I always keep at least one."
He said, "Till date, traffic policemen have not asked me regarding this. However, many times during fitness tests, the cab drivers have been asked whether they have condoms in the car or not."
In response, Delhi Special Commissioner of Police (Traffic) Taj Hasan said, "There is nothing mentioned in the Motor Vehicles Act about condoms. We are not issuing any challan to drivers for not having condoms in their first aid kits."
ADVERTISEMENT

56 people are talking about this


In the Motor Vehicle Act, there is no such rule which directs drivers to keep condoms in their car, a traffic police official said, adding, "No such investigation is done even during the fitness test."
The officer said that cab drivers should contact the authorities if they are fined for not keeping the condom.
NGO workers have repeatedly educated drivers about safe sex, which might be their reason for keeping condoms, the official said.

Condoms in first aid box a must for Delhi cab drivers to avoid challan?
Society

Cab drivers in Delhi are under the impression that carrying a box of condoms in their vehicles is compulsory for them to avoid a challan. The law, however, has no mention of this 'new rule'. 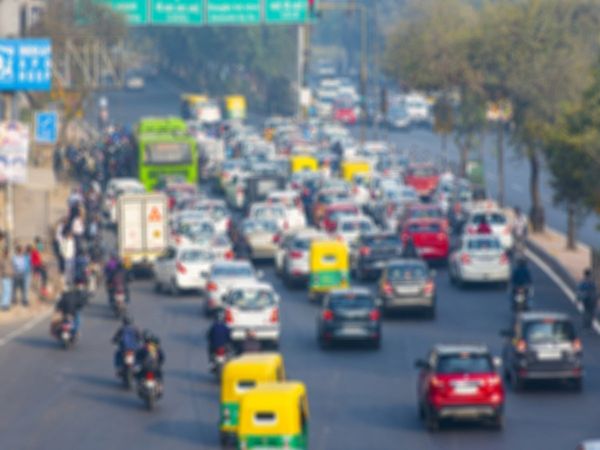 The drivers, however, are still confused about the importance of travelling with condoms (Representative Image). | Photo Credit: Getty Images

KEY HIGHLIGHTS
New Delhi: Cab drivers in the national capital are now carrying condoms in the first-aid boxes of their vehicles. The drivers believe that it is mandatory for them to carry bandages, antiseptic liquid, emergency medicines and a box of condoms in their cars.
The new list of challans for traffic violations has left the vehicle owners in stress across the country. While a lot of people are stressed with over speeding and not wearing helmets, Ola and Uber drivers in Delhi are stressed over carrying condoms.

The cab drivers operating in the Delhi-NCR region have become cautious to ensure that a challan is not issued to them for not carrying condoms. Kamaljeet Gill, president of the Sarvodaya Driver Association of Delhi said, "It is compulsory for all public service vehicles to carry three condoms at all times, which is kept inside the first aid box. "
While one might assume that the condoms are for 'protection', they are mainly for medical emergencies that the drivers might encounter. Gill said that the cab drivers have been instructed to keep the condoms as they can be used on a passenger who has suffered a cut or has broken a bone.
Kamaljeet Gill said, "In case a person starts bleeding, the condom can be used to stop it. Similarly, if someone has a fracture, a condom can be tied around the area until he reaches a hospital. There are non-medical benefits of condoms as well. It can hold up to three litres of liquid. "

The cab drivers, however, are still confused about the importance of carrying condoms in their cars. They are unaware of the rule that makes it compulsory for them to carry condoms. Ramesh Pal, a cab driver working in Delhi said that he started keeping condoms in his first-aid box after other cab drivers told him to.
He said that while he has never been asked by a traffic cop to produce a condom, he has been questioned about the same at the annual fitness test at the transport authority's office. The traffic police officials denied asking any of the drivers if they were carrying condoms while checking their vehicles.
A traffic police official said, "No driver is asked if he's carrying condoms during fitness tests at our vehicle checking centre. However, NGO workers reach out to drivers outside the centre to educate them about safe sex. It is possible that drivers have developed the habit of keeping condoms from there. "
The Delhi Motor Vehicle Rules (1993) does not mandate the carrying of condoms in the vehicle. It says that all taxis should carry a first aid box with sterilized finger dressing, body dressing, hand or foot dressing, two large and three small burn dressings, two 15 grams packets of cotton, a bottle of tincture iodine, sal volatile, one empty bottle fitted with dropper for the eyes and one medicine glass. The Central Motor Vehicles Act, 1989 does not mandate keeping condoms in the first-aid box of vehicles.

Condoms in first aid box a must for Delhi cab drivers to avoid challan? 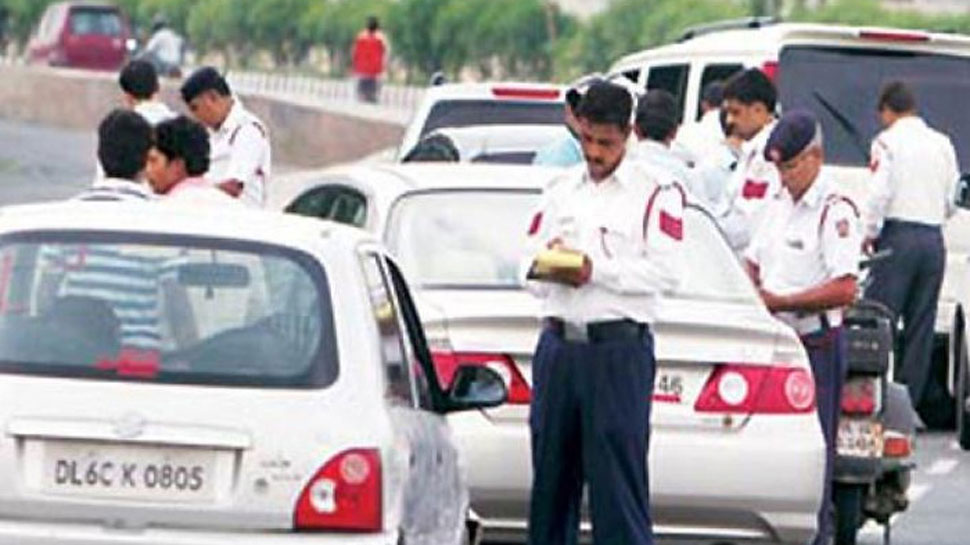 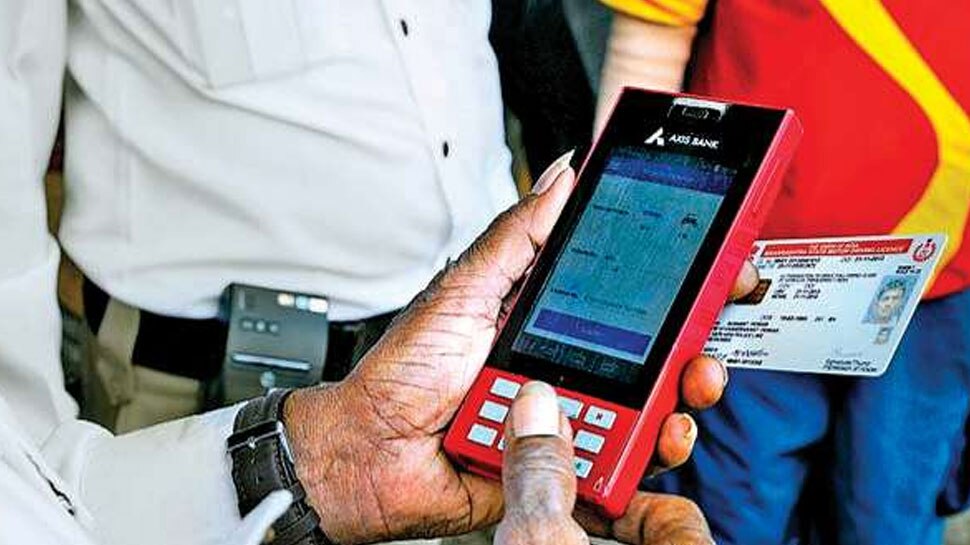 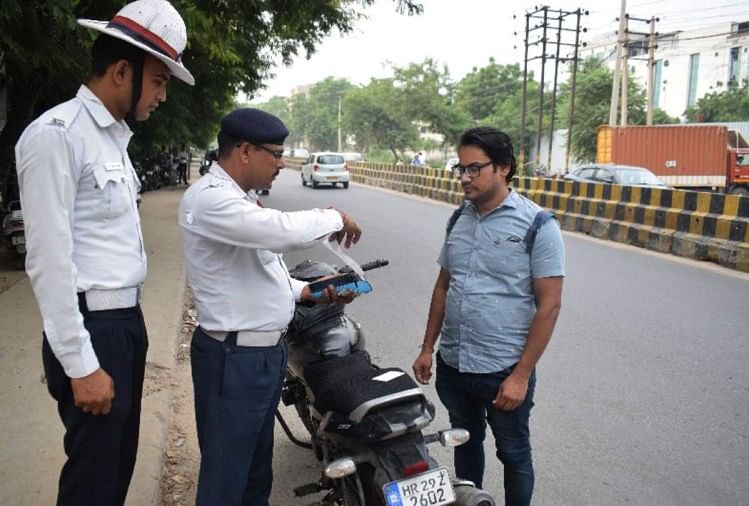 
Driving license will change from October 1, new rules will apply across the country
September 27, 2019

Since the beginning of this month, there is only one topic on people's tongues. It is a revised Motor Vehicle Act implemented across the country. Thousands of fines are being imposed on the breakers. In such a situation, people are engaged in getting the documents required for traffic as soon as possible. In such a situation, important information has come for those who hold a driving license. Your driving license will be changed from 1 October.

Driving license will change from October 1, new rules will apply across the country

Challans will not be deducted due to lack of documents, government issued new rules
September 27, 2019


The Modi government has implemented the new Motor Vehicle Act across the country. After which huge challans of people are being cut at different places of the country. On the one hand, while people are getting it right for security, on the other hand, there is a lot of anger among the people. At this time big news has come for the people. According to which, if there are no documents, your challan will not be deducted. This new decree has been issued by the government.

People have been complaining for some time. In which it is being said that even after keeping the RC, license, insurance and PUC of the vehicle in the DigiLocker or M Transport App, the traffic police is not accepting it as valid. And their challan is being cut. Due to which people are facing a lot of problems.

Now challan will not be deducted
In such a situation, understanding the problem of the people, the Union Road Transport Ministry has issued an advisory to all state governments and police of all states. According to which if a person shows the document RC, driving license, PUC and insurance in the mobile phone in the DigiLocker or M Transport app. So it should be considered valid and no invoice should be deducted. If the person does not have his phone, then, in this case, the challan should not be deducted. Rather, challan only by verifying the information on the e-challan app or m transport app in the phone with the police.
Image
The challan will not be deducted if the vehicle does not have documents. For which this condition has been placed. According to which, if you are found to violate traffic rules, such as not wearing a helmet, not wearing a seat belt and jumping redlight, then your challan will be deducted.

Big news: Challans will not be deducted due to lack of documents, government issued new rules