I hope I have a good kickstart here.
Iceland is really a gem on planet earth. The landscapes take your breath away! And not to forget the Northern lights!! I am really impatient to get back there again. There are two Icelands, the white Iceland in winters and the green Iceland in summers. I witnessed the white Iceland, hopefully I will see the other one soon.
Iceland was discovered and settled by Vikings from Scandinavia.
Iceland like other Scandinavian countries is a very expensive place to go. Winters being an off season the prices are half of what they are in summers, and it is still more expensive than any other European country(except Switzerland and Scandinavia). For instance, I paid around 35 euros for one night in a hostel in Reykjavik, the same hostel in June costs more than 100 euros.

This is going to be a detail of my crazy adventure trip to Iceland. All the adventures, crazy stuff, fun, accidents and something special(watch out for it in the pics) took place between 30th Dec, 2015 and 10th Jan, 2016 in the land of Ice and fire.

Here is a little teaser 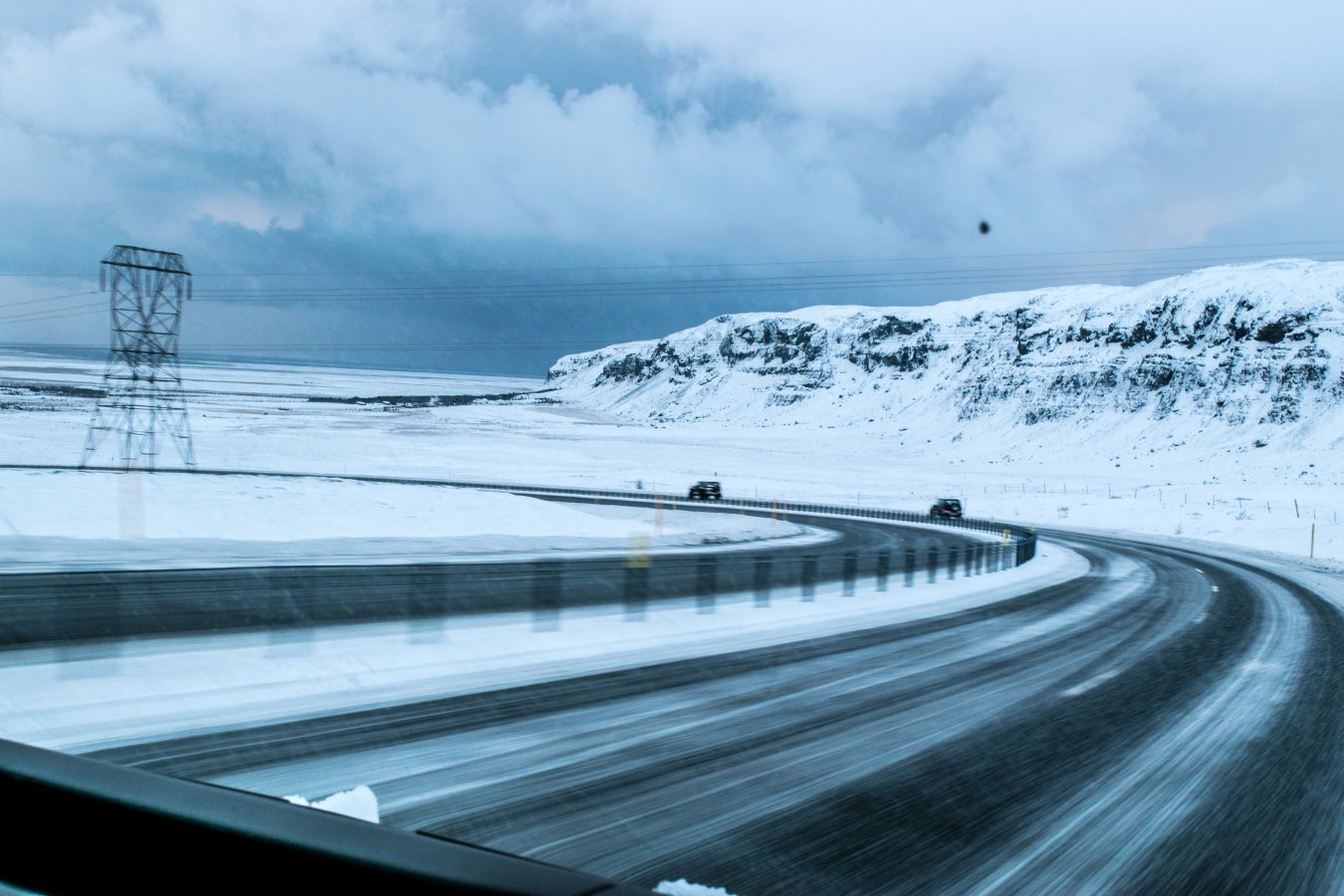 The view just after getting out of Reykjavik. Only few kms is 4 lane. Rest of the ring road is 2 lane​
​ 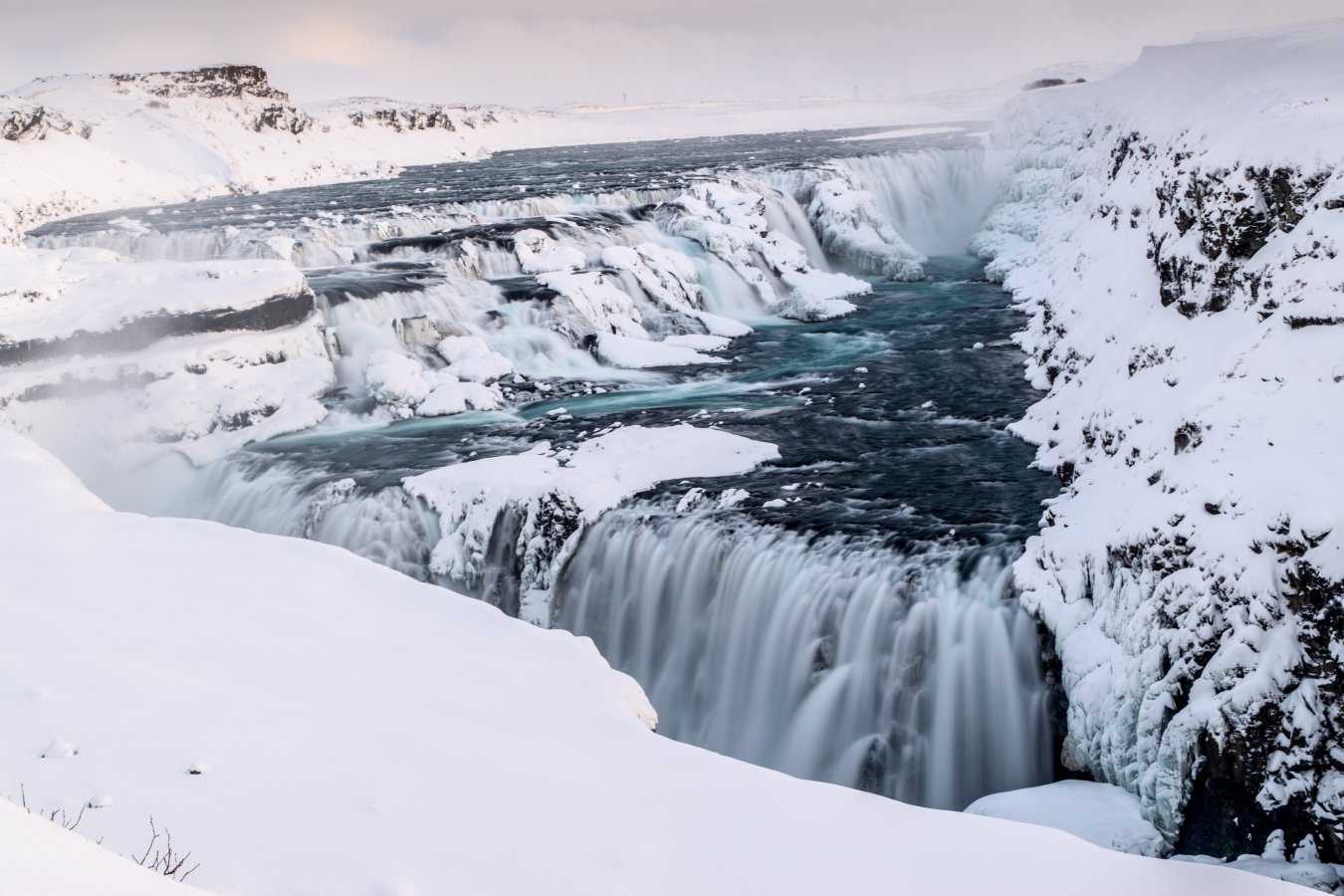 The mighty Gulfoss, our first camping place of the road trip
​
A little bit of insight into the trip. We were four travellers or lets say four strangers(nobody had ever seen each other before coming to Reykjavik) in a camper van for the next 10 days. Travelling, eating, sleeping in a camper van. The van was our moving home for the next 10 days.
Just a gentle reminder that it was January in Iceland, a Viking island close to the Arctic circle, which meant we only had 4-5 hours of day. (Winter is coming! Long night! GoT fans here?) Add to it the extreme cold and high velocity winds reaching upto 100kmph and more. We had a perfect recipe for extreme weather conditions.
Most of the ring road is along the coast. And the coast is surrounded with warm ocean currents, which keeps the temperature on the scale kind of warm. The average temperature for most of the ring road along the coast was around -5 degrees celsius. Doesn't sound much cold, right? That's what we thought when we checked the weather forecasts, but the ground reality was something completely different. Though the temperature was -5degrees, the "real feel" temperature was always below -10 degrees. Why? The winds! Iceland is extremely windy, it makes the conditions extremely worse. The car insurance specifically outlines the fact, "Any damage to the doors getting caught in the wind is not covered". And trust me the wind is strong enough to rip apart the doors from car. We always had to hold the door with all our strength while opening it.
The minimum temperature(not the real feel) we experienced was in Reykjahlid, which is considerably far from the coast. That night the scale said -15 degrees celsius and the real feel around -25 degrees celsius. 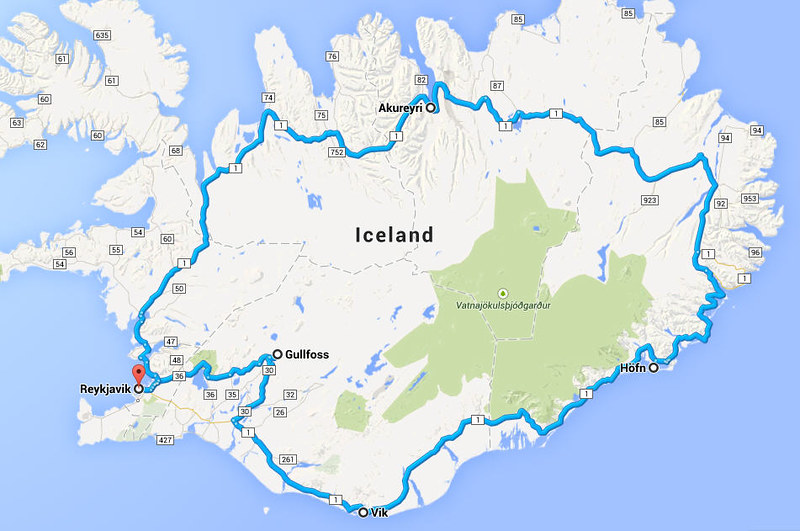 Route 1 or famously known as the Ring road​
Now you know have some insights of the trip. In my next post I will get into the details about how four strangers ended up planning this trip and Day by day details. Starting with the new year's eve in Reykjavik! 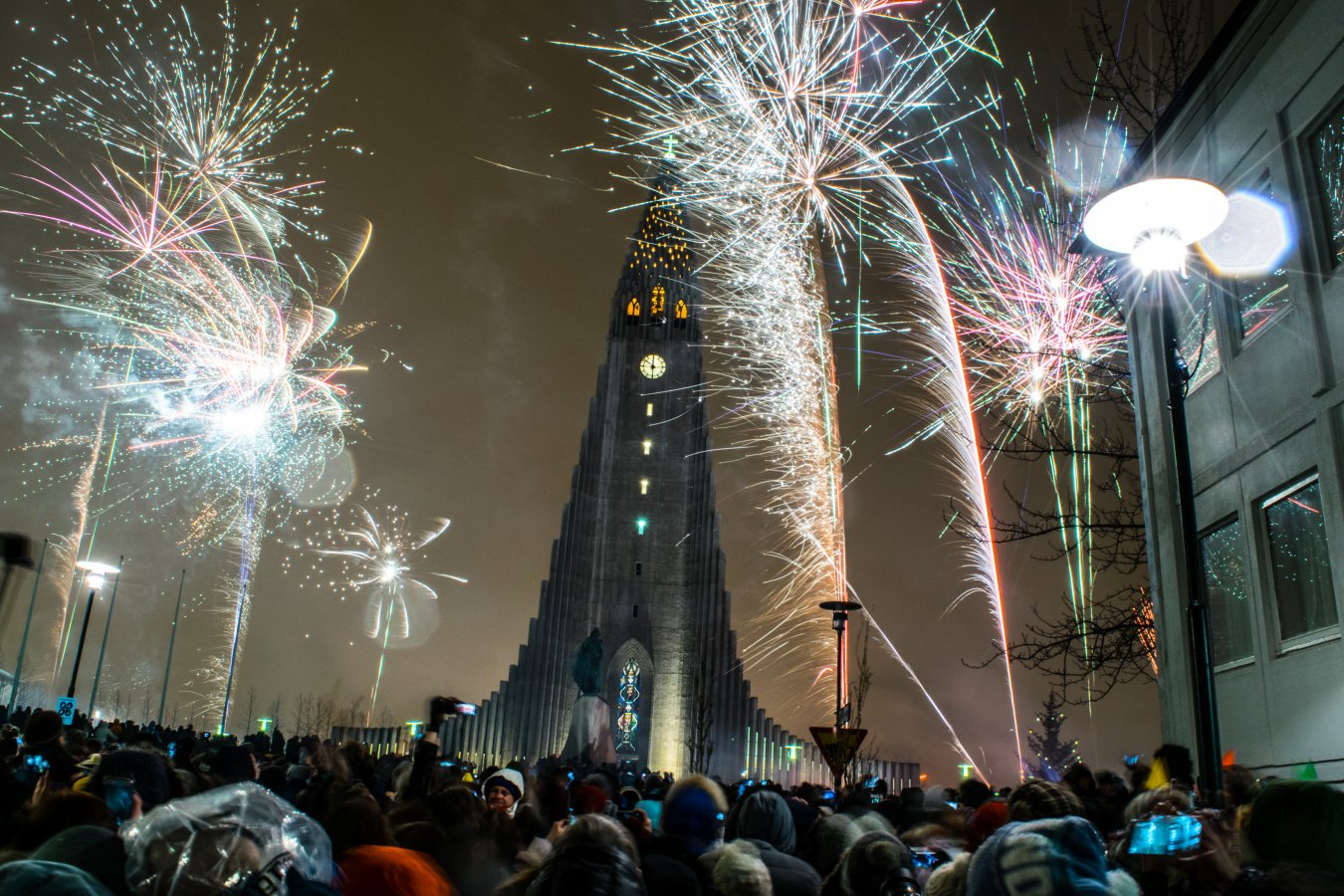 Epic journey! Eagerly waiting for the details to unfold!!

Sorry guys, I was in Croatia for the past 4 days. I will write the next part tonight!

Ravjit Singh said:
Sorry guys, I was in Croatia for the past 4 days. I will write the next part tonight!
Click to expand...

Deep into November after my short visit to Paris(mainly to watch Paris 1000 masters' final) I thought about doing something special for New year's eve. I had northern lights on my bucket list since I first saw them on National Geographic when I was still a little kid, but I had never thought about when and where to see them. I had been now living and working in Munich for 3 months and honestly I never thought I would visit Iceland before savouring the likes of Rome, Zurich, Vienna, Berlin and many more enticing European cities. It was a spontaneous decision. I didn't have any second thoughts about the cold and expenses, I just wanted To be there, do that

Next and probably the most difficult part of the whole trip was to find few more adventurous people who would not say "You are crazy, it's not the time to visit Iceland". After few days of scouting and talking to some of the new friends that I had made in the past 3 months, I realised that the war is lost. Nobody that I knew wanted to go there.

One day my colleague suggested me to try couchsurfing.com I had never used it before and didn't hear about it in India. So I checked for events in Reykjavik around the dates I was planing to go, and then I found this. It had only 6-7 attendants when I found it, later it grew to 60. The event was only for the new year's eve and I wanted to travel across the ring road for 10 days. Nevertheless I thought it's good for a start, to meet travellers and then probably go with the flow and plan the upcoming days on the fly.
So I booked my tickets without a plan of things to do in the days from my arrival to departure except the New year's meet up. Now that the trip was certain, I started planning for the things that I would need for the trip. Extra warm jacket, gloves, body warmers, extra battery for my camera(the cold drains the battery super fast), a big power bank and a 70L backpack.

In the meanwhile I started messaging the people who were joining the New year eve's event, with the hope that I might someone with the same travel dates and the same broader plan of covering the ring road. Luckily I found one, then another, then we found another and she found another We were five and we stopped our hunt after it. We were perfect number for a camper van. We made a whatsapp group and started planning. Everybody not surprisingly turned out to be LoTR fans, and the whatsapp group was(is) named Fellowship of the Ring-road. Finally things started to move in one direction and things were getting clearer. We pooled up all the places that everybody had on his/her list and made a super list. The goal was to visit them all. We booked the camper in the coming days with Kuku Campers based in Reykjavik.

Few days until 2016 we already had our first setback. One of the members had to back off because of her work. Though we had never met each other before, in a matter of 3 weeks of planning, discussing and chatting on the whatsapp group we had unknowingly become friends. This came as a sad news for the group and we tried our best to bring her on board, but it was't possible. She was hence named Boromir. Had to live up to the LoTR analogy.

Everybody started reaching Reykjavik, some earlier, some later. I reached on 31st morning. Here are some pics of Reykjavik that I took with my mobile(pls bear with their quality ) 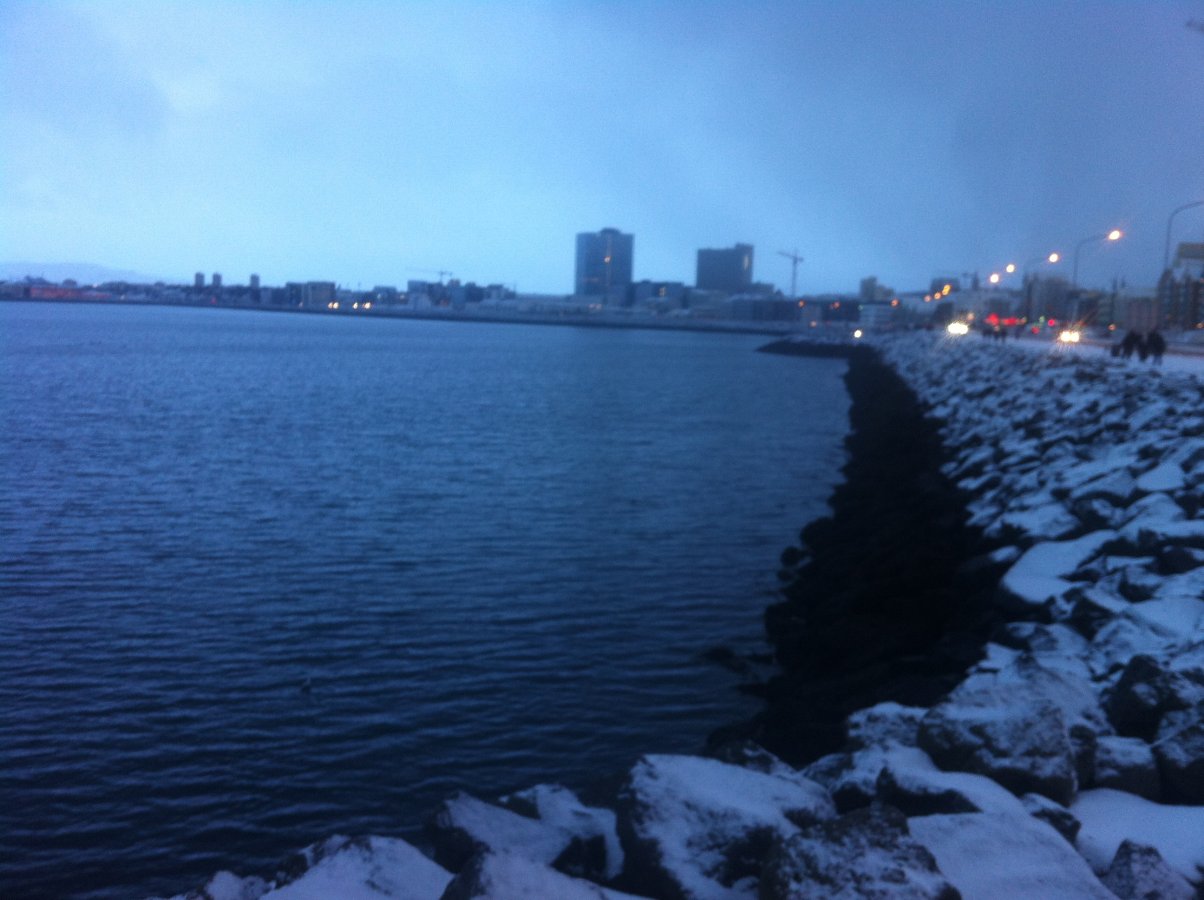 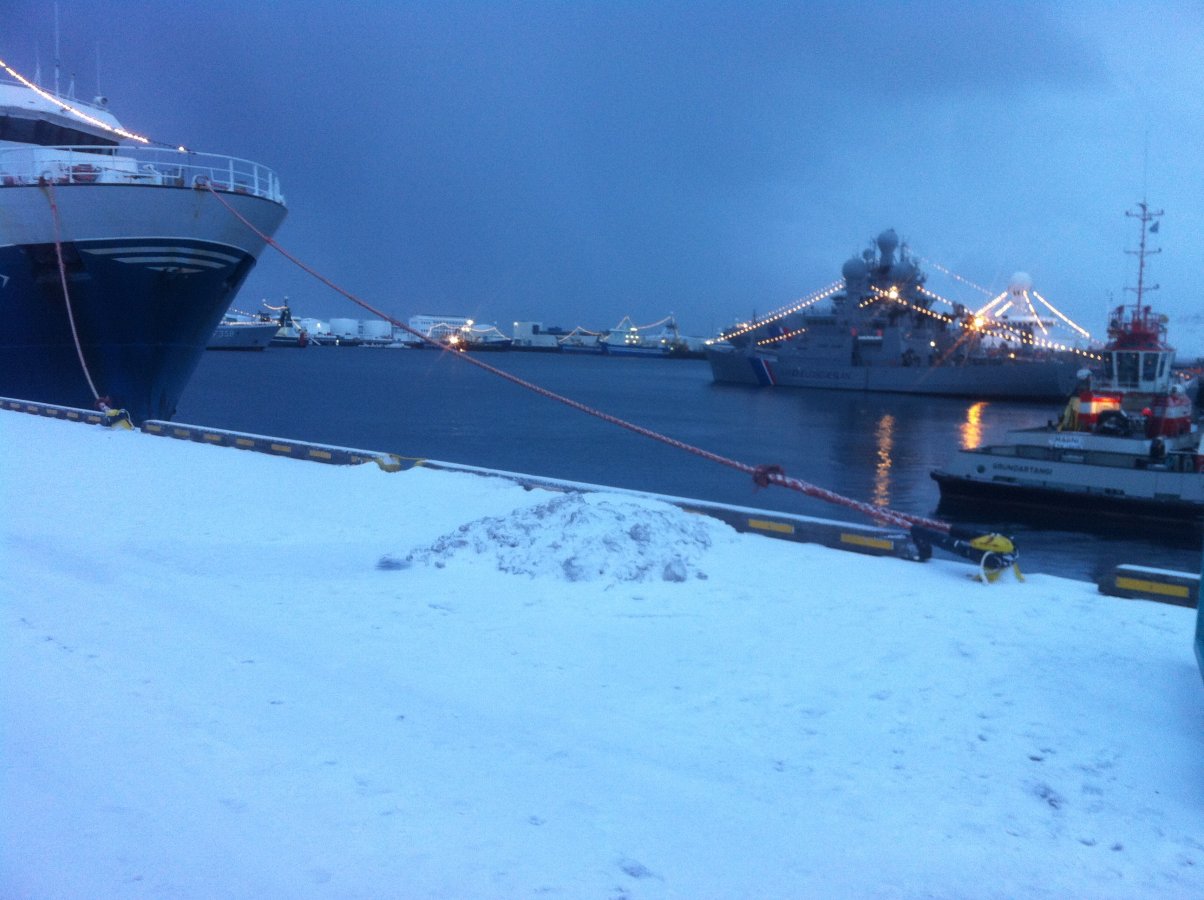 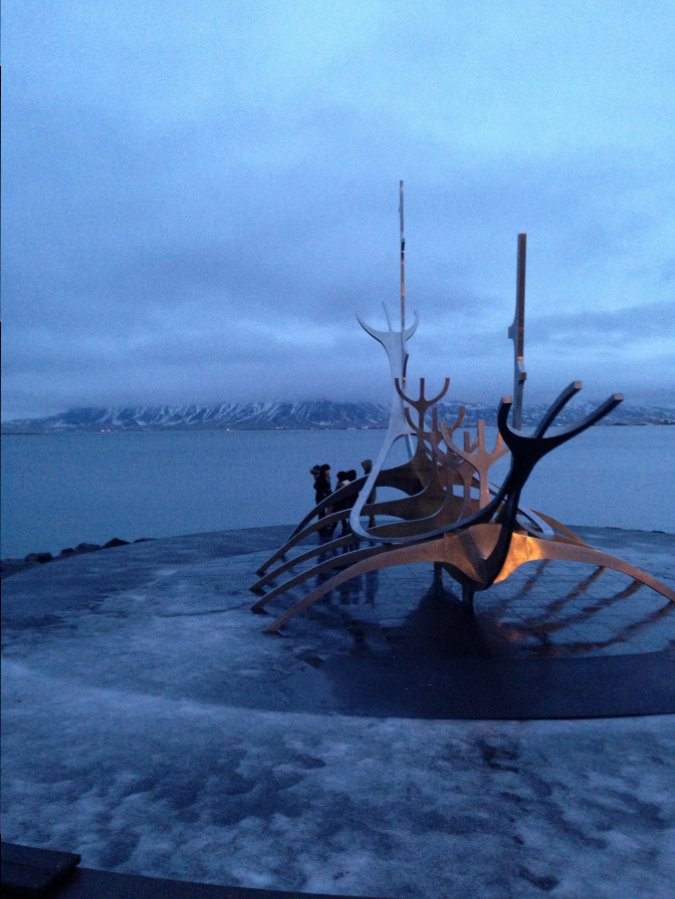 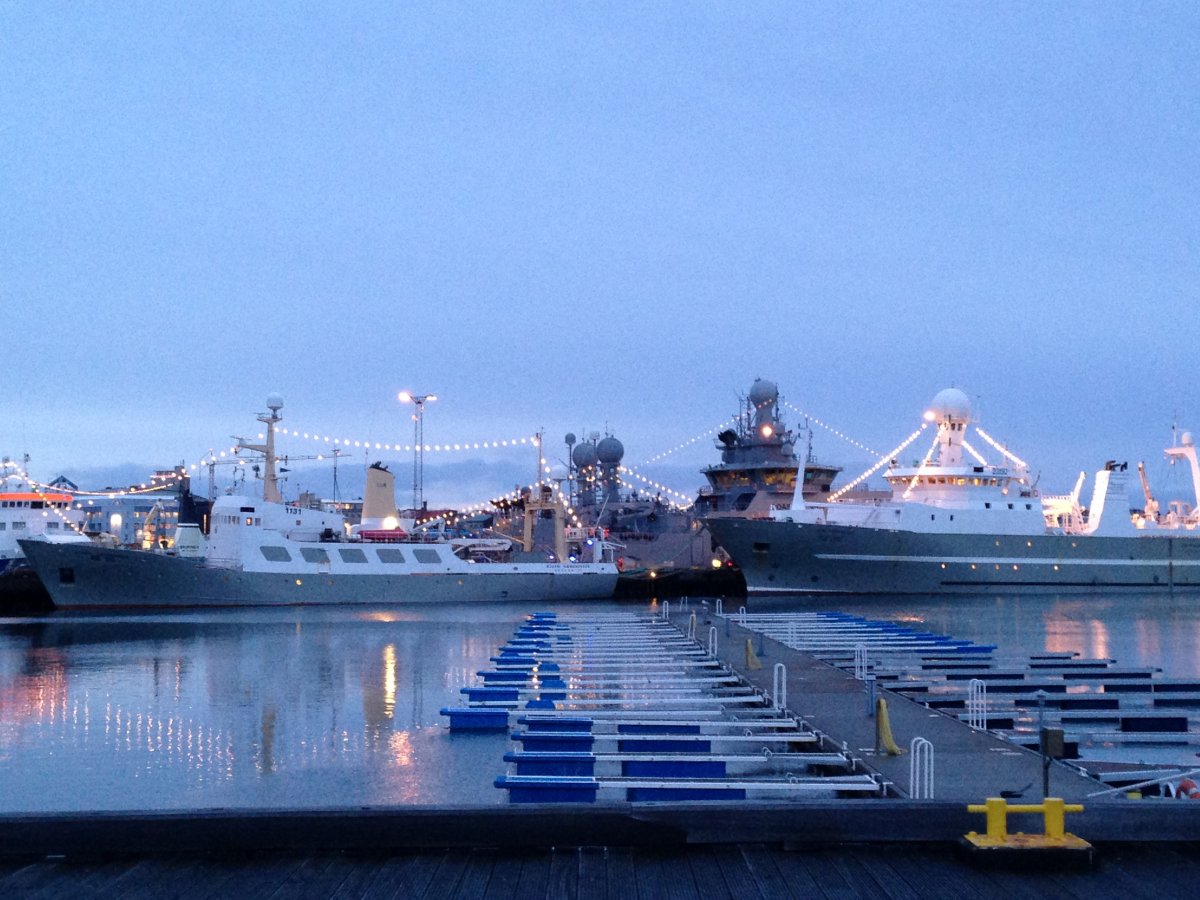 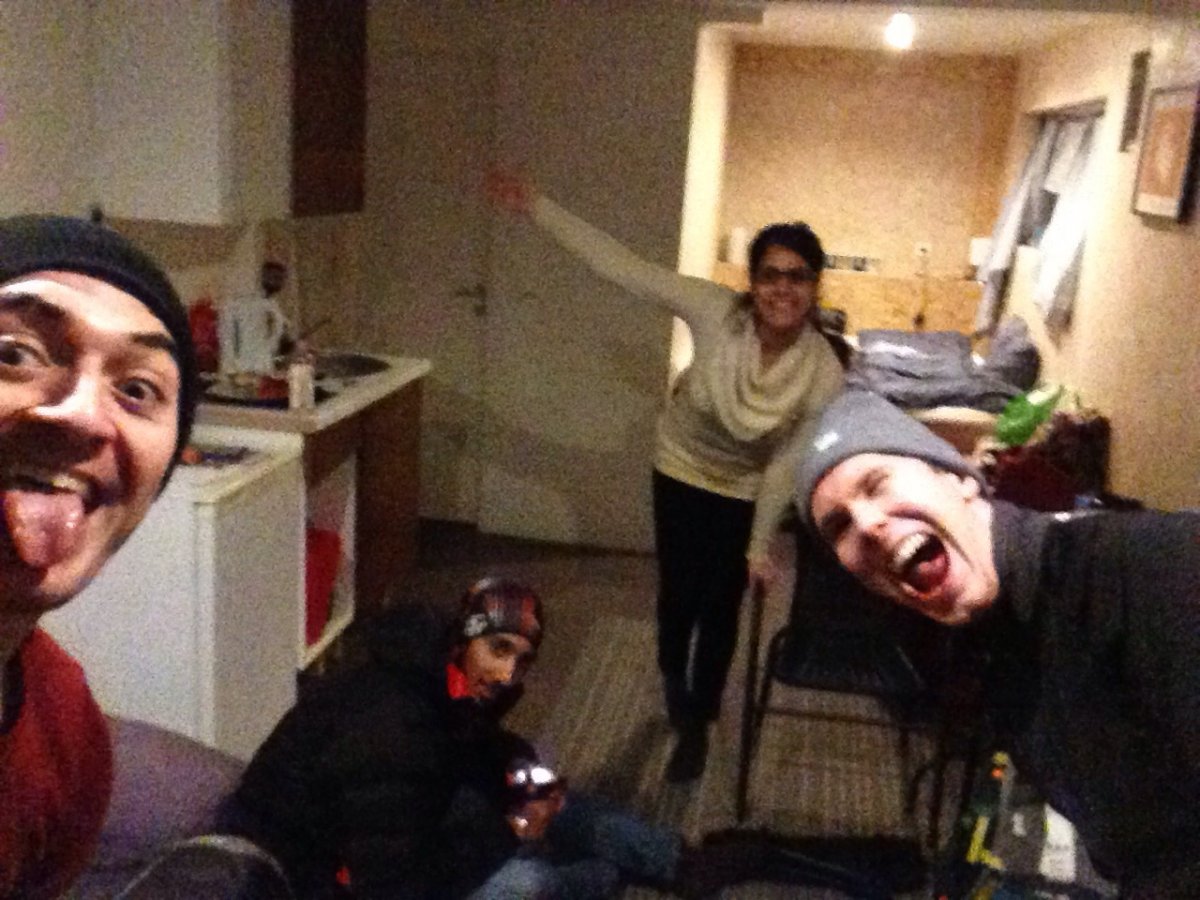 The Fellowship of the Ring Road
​
In the evening we went to Downtown Reykjavik at Lebowski Bar, where the original Couchsurfing event was scheduled. With more than 50 attendants we had a great time and met many new travellers. It was a day to lay back and relax and drink, as we knew it was going to get tough from the next day. Close to midnight minutes before midnight we all walked to Hallgrímskirkja, the famous church of Reykjavik. Thousands of people gather there to see fireworks on display. The fireworks are not organised or lit off by professionals like other big cities celebrating New Year. In Reykjavik everybody brings his/her fireworks and light them up outside the main church. Just like Diwali in India. 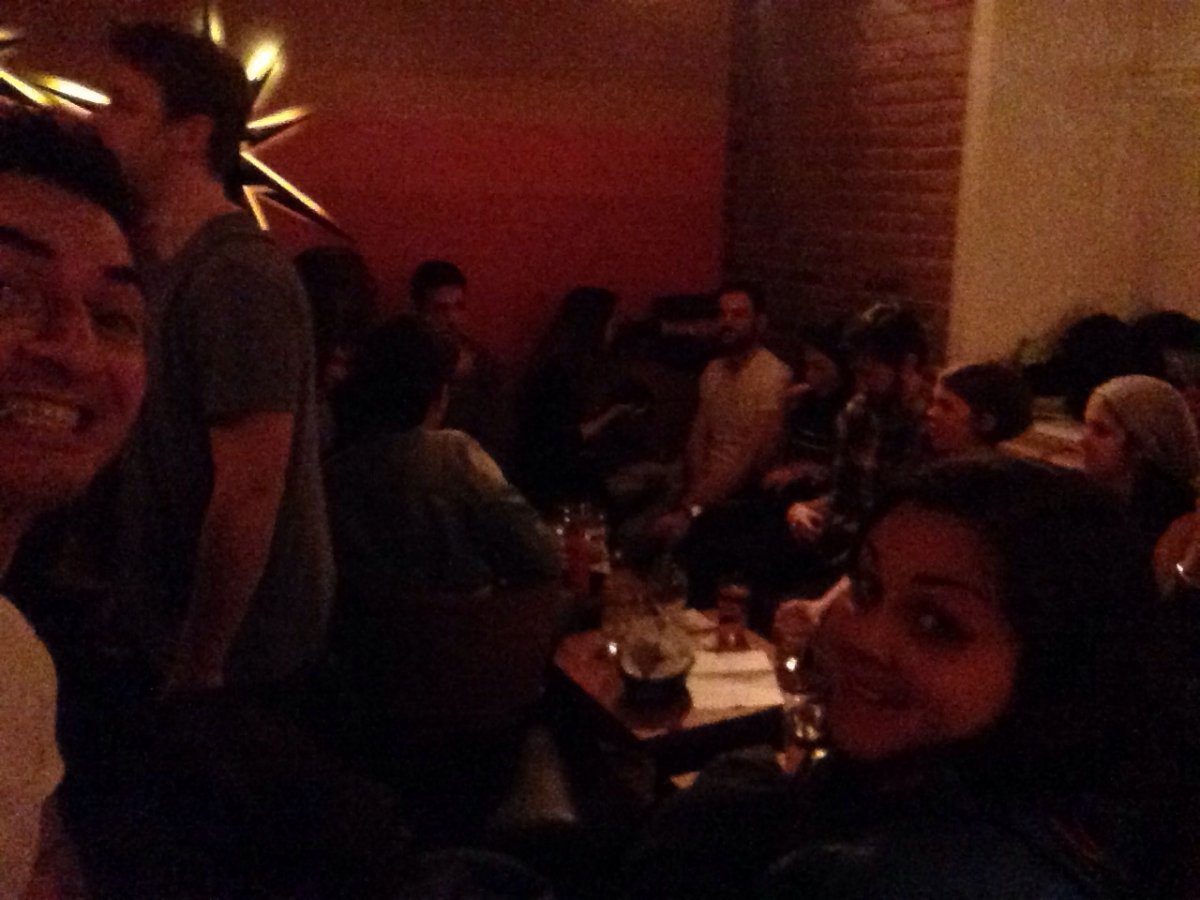 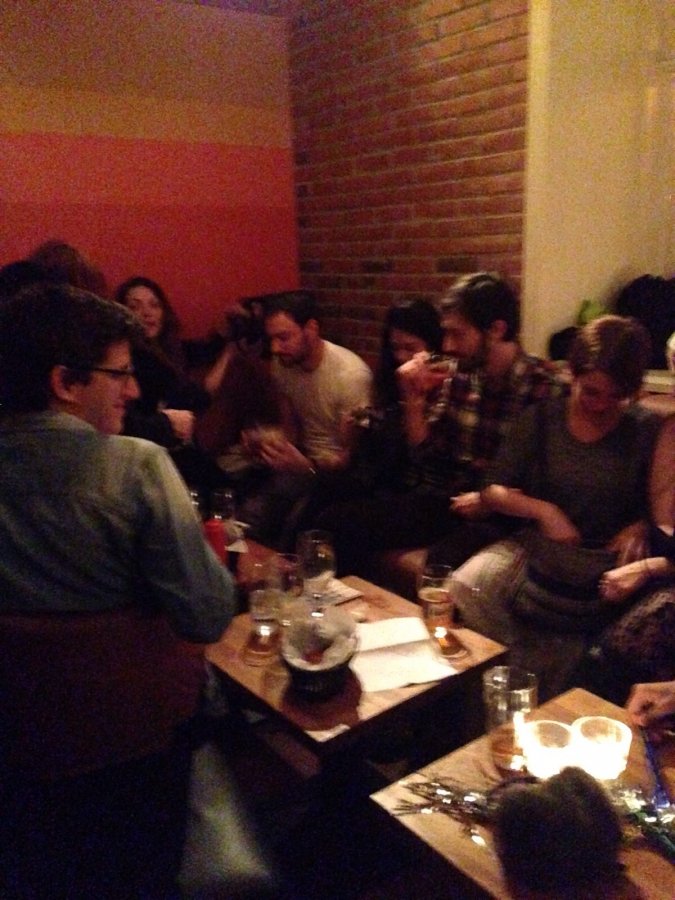 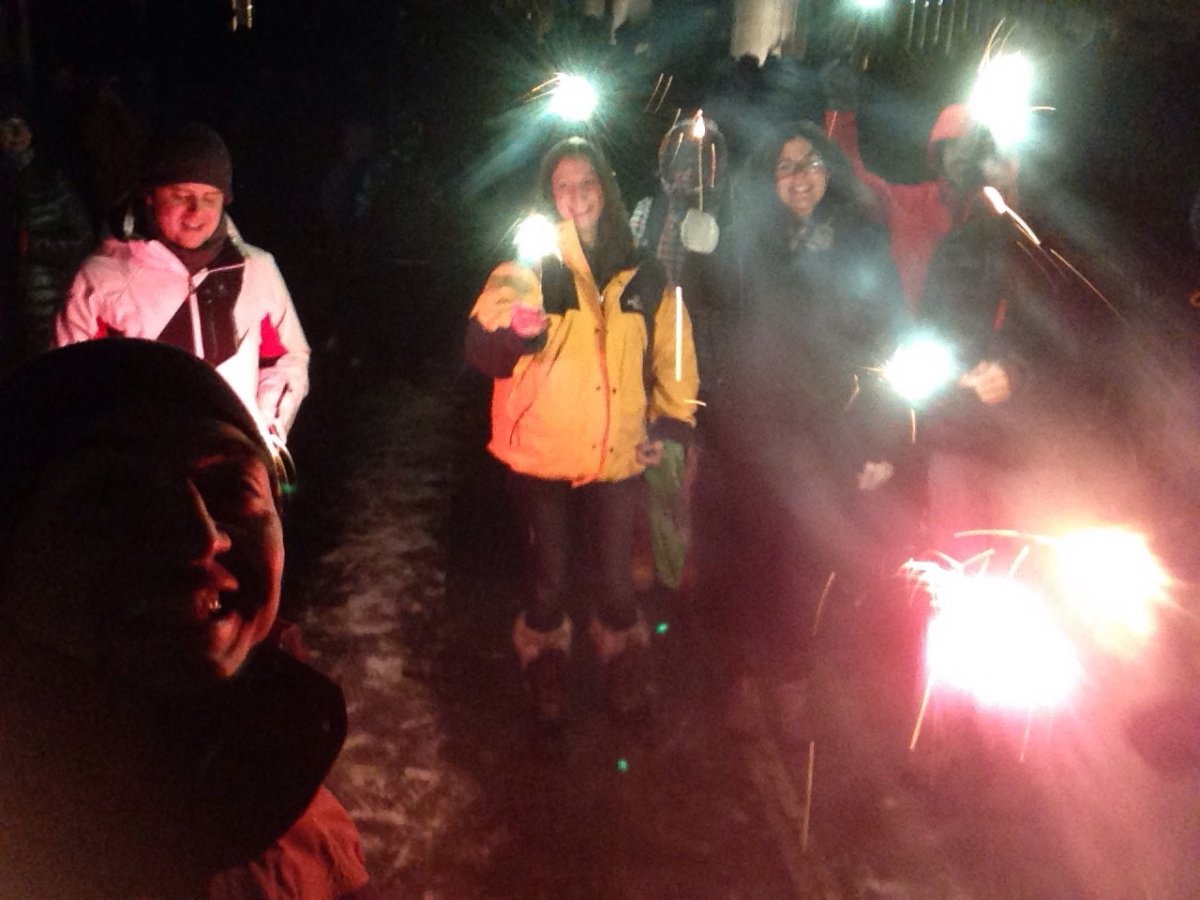 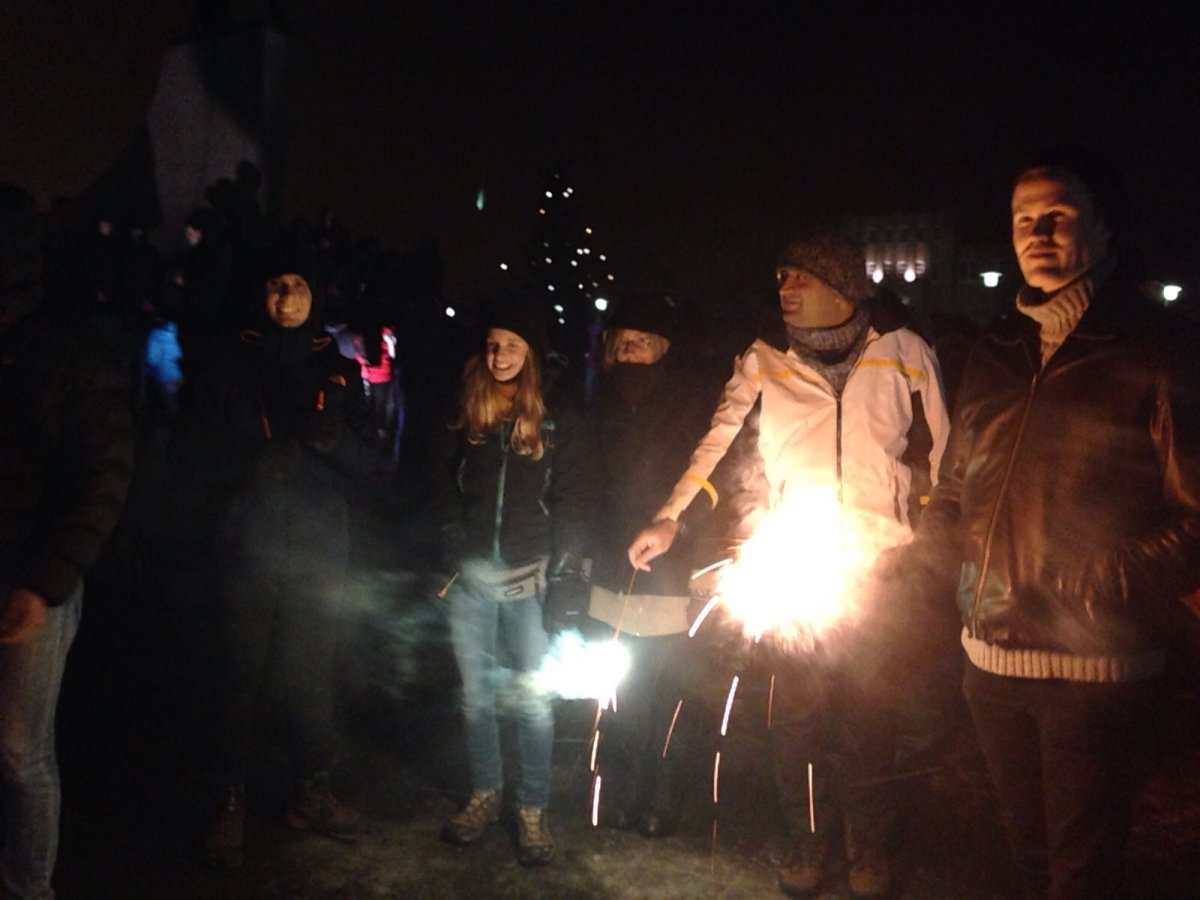 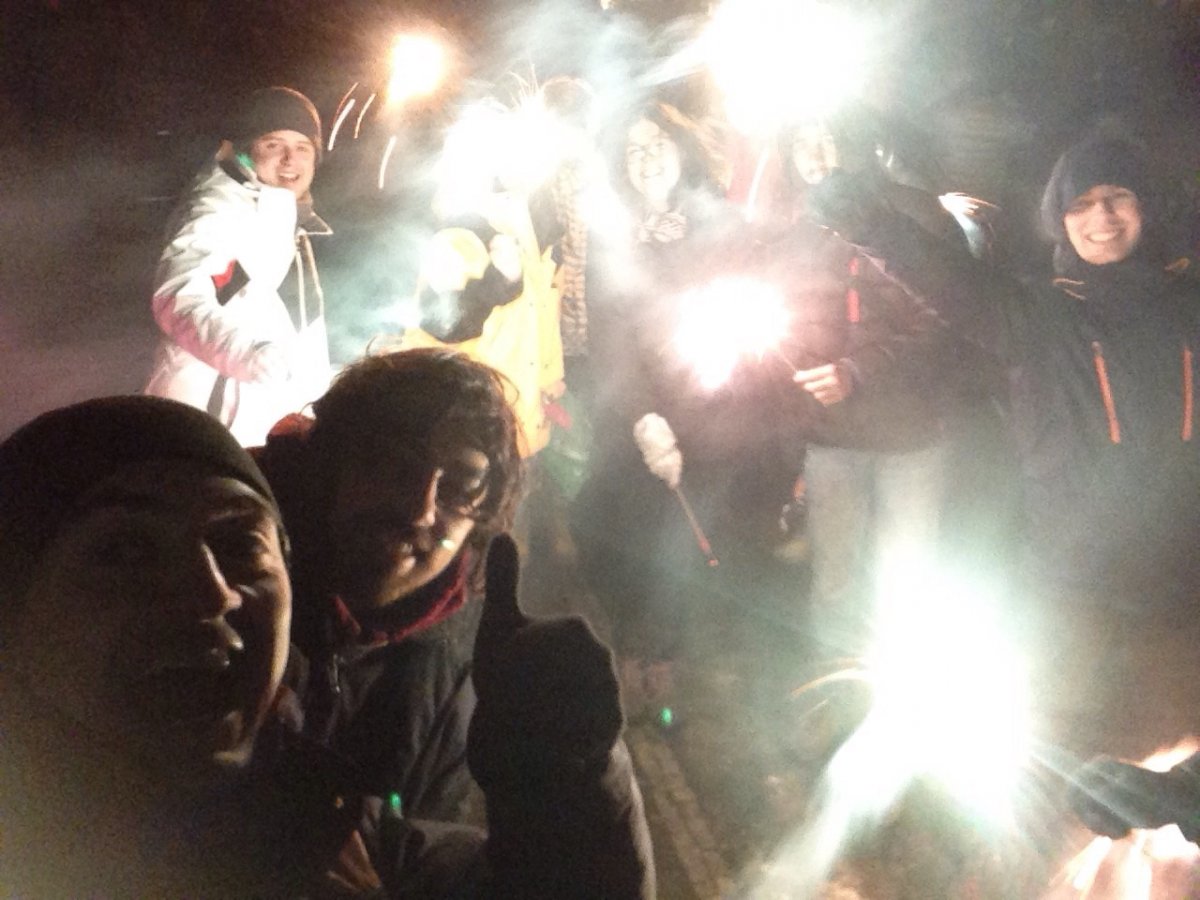 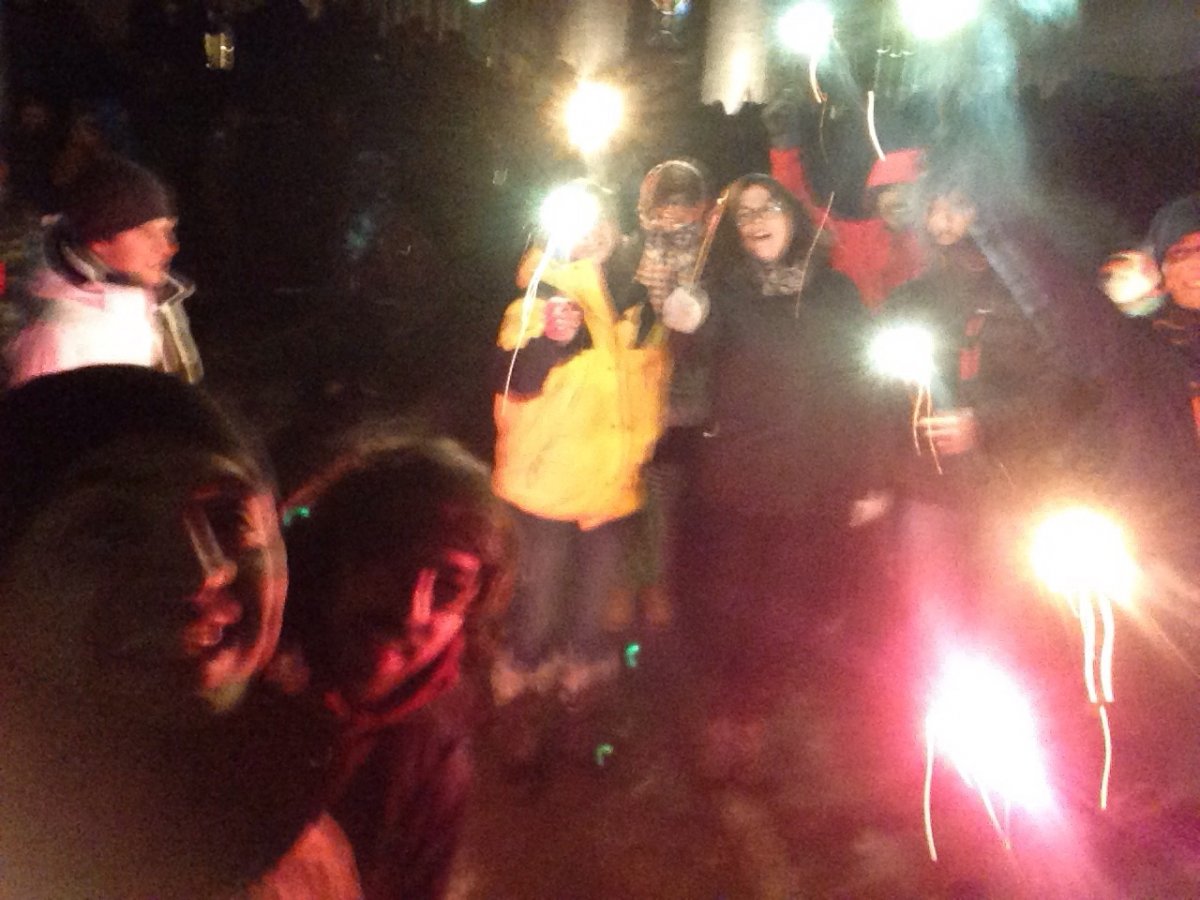 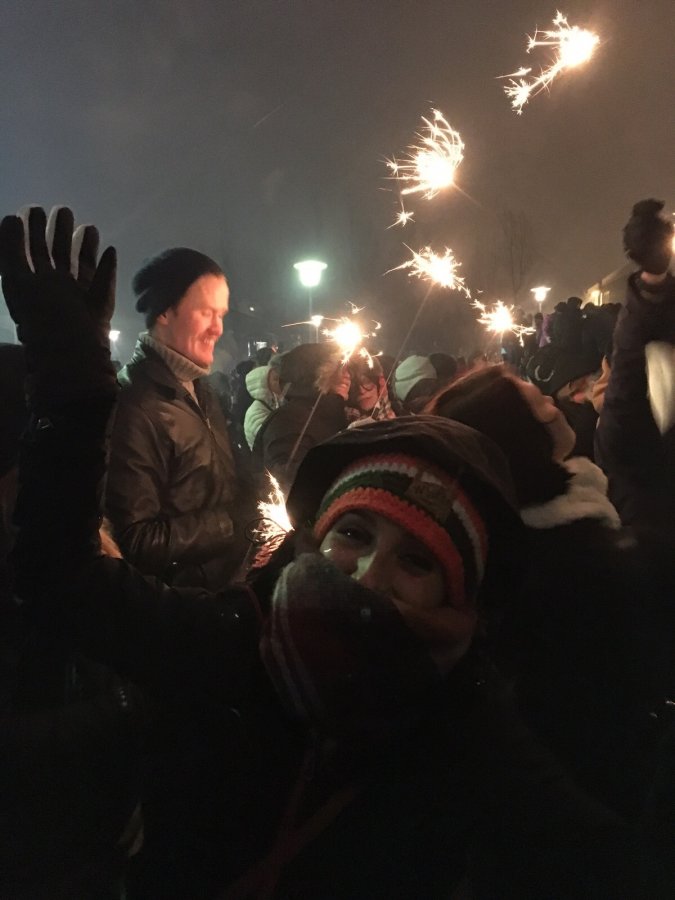 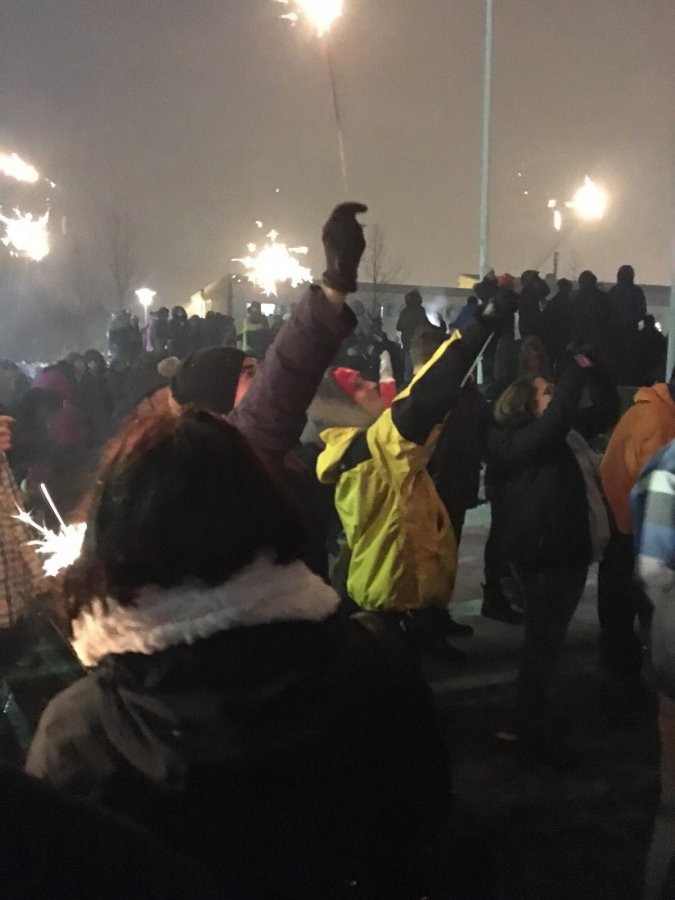 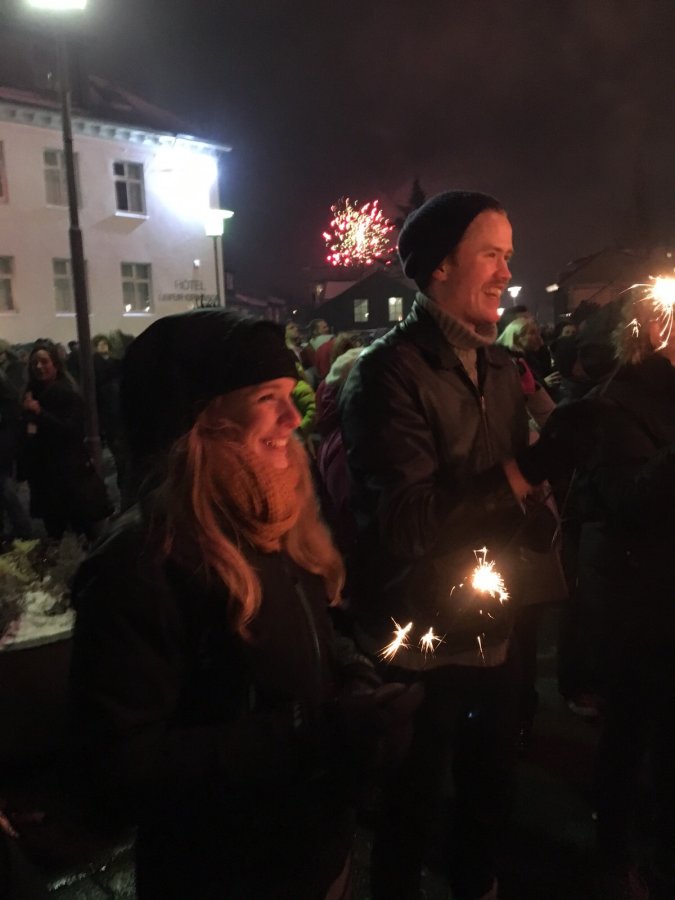 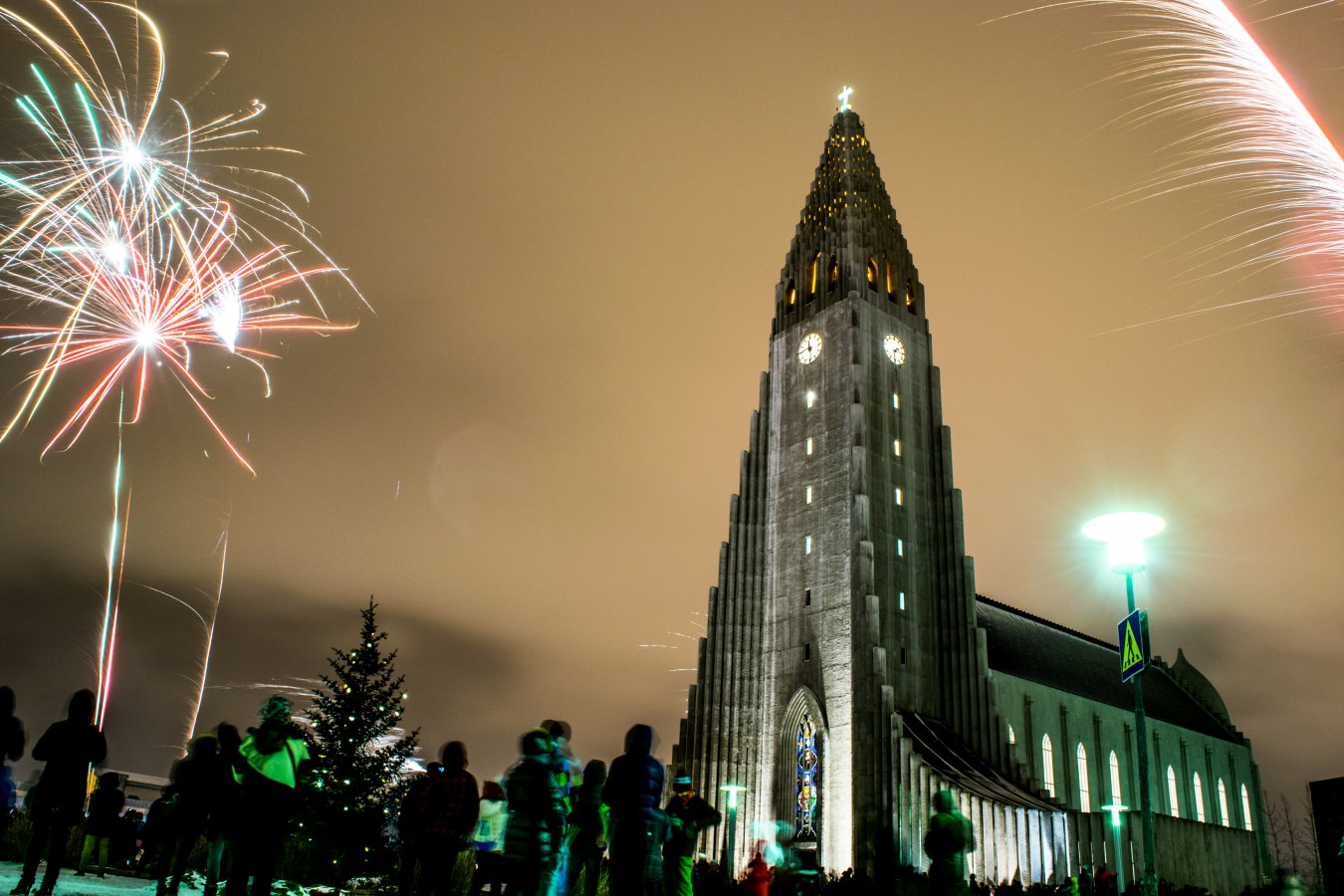 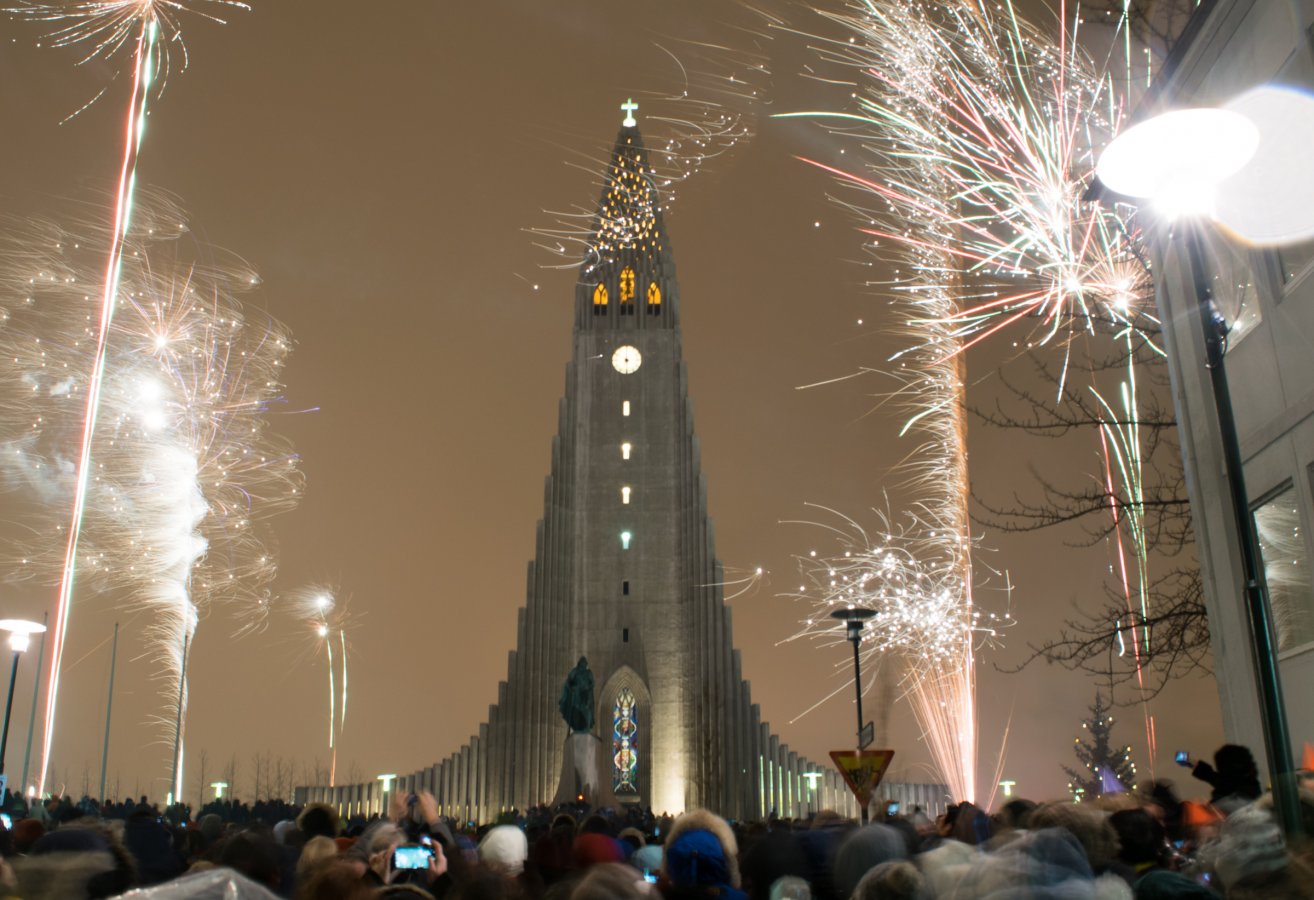 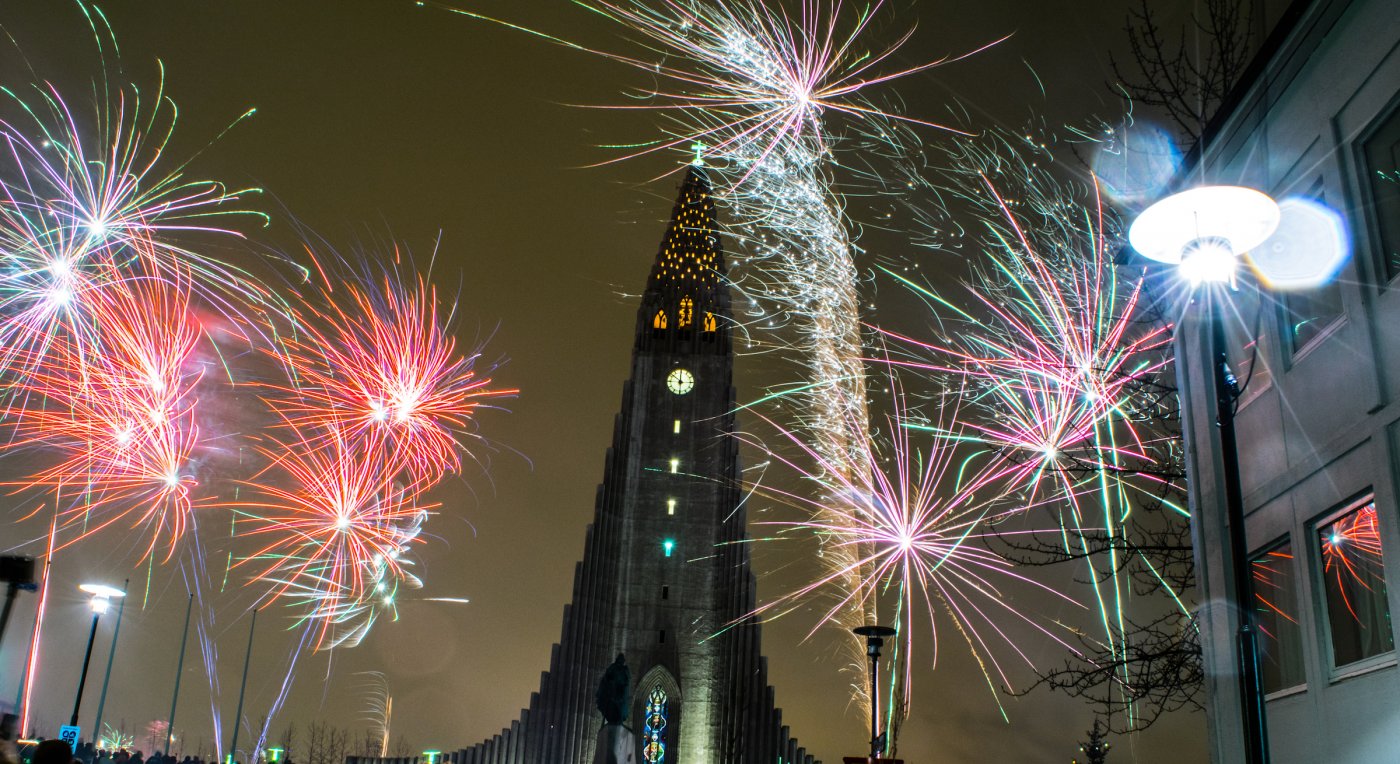 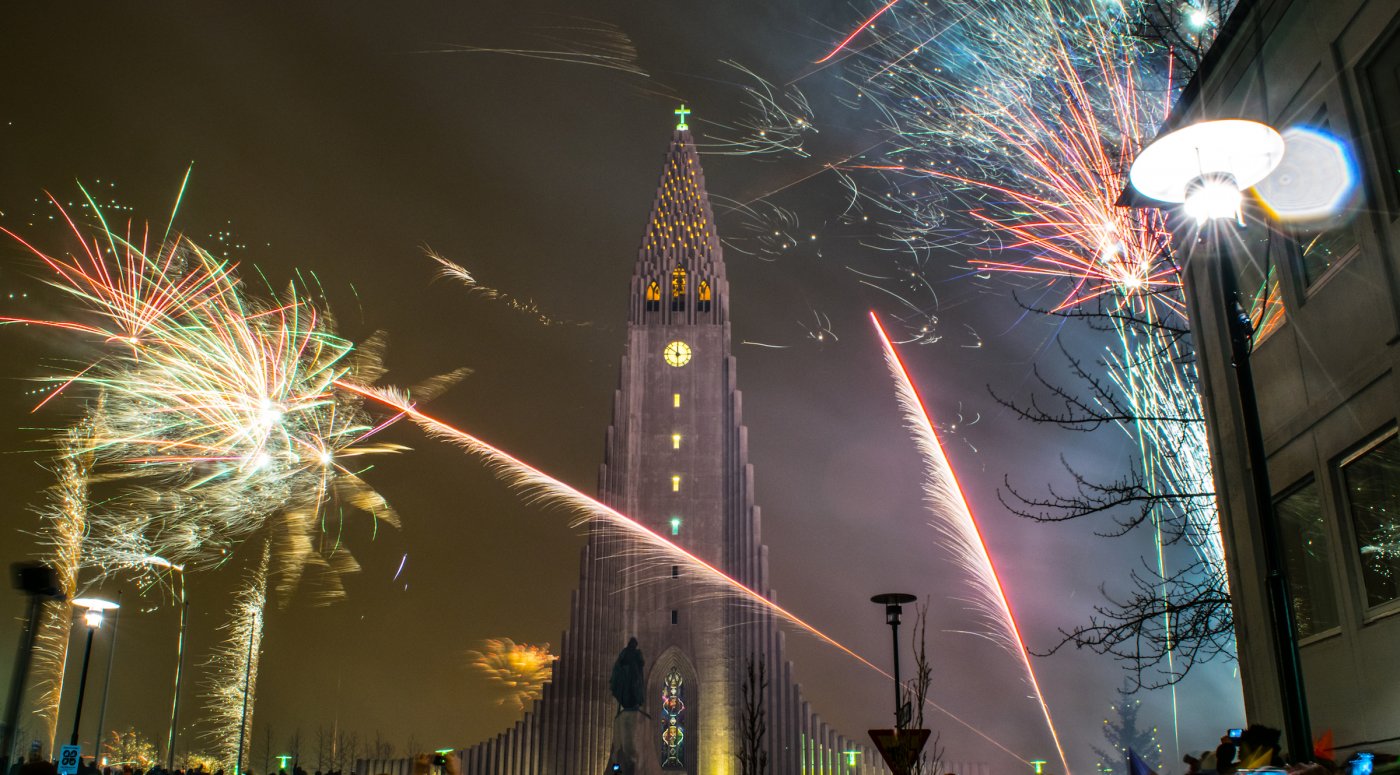 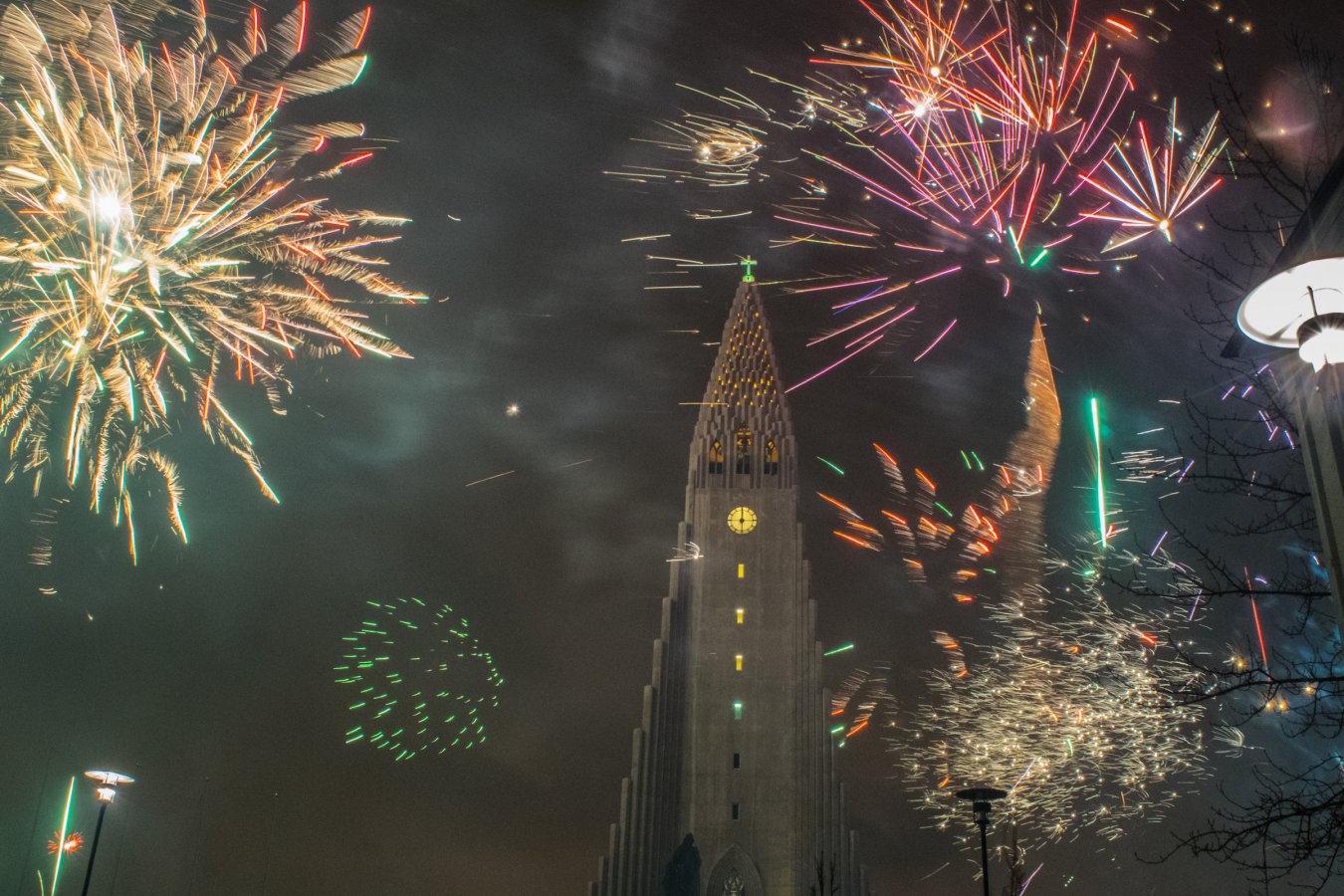 ​
Undoubtedly this was the best New year's eve I ever had. We were actually very lucky with the weather. At around 1am when the fireworks had just ended, we were engulfed by a snow story of fair strength. The whole group was scattered, everybody went to some bar or the other to continue the New year's celebration. But we had to go to bed. Our plan was to leave early the next day. Everybody needed some rest before the epic journey.
Stay tuned for the next post. The best is yet to come. 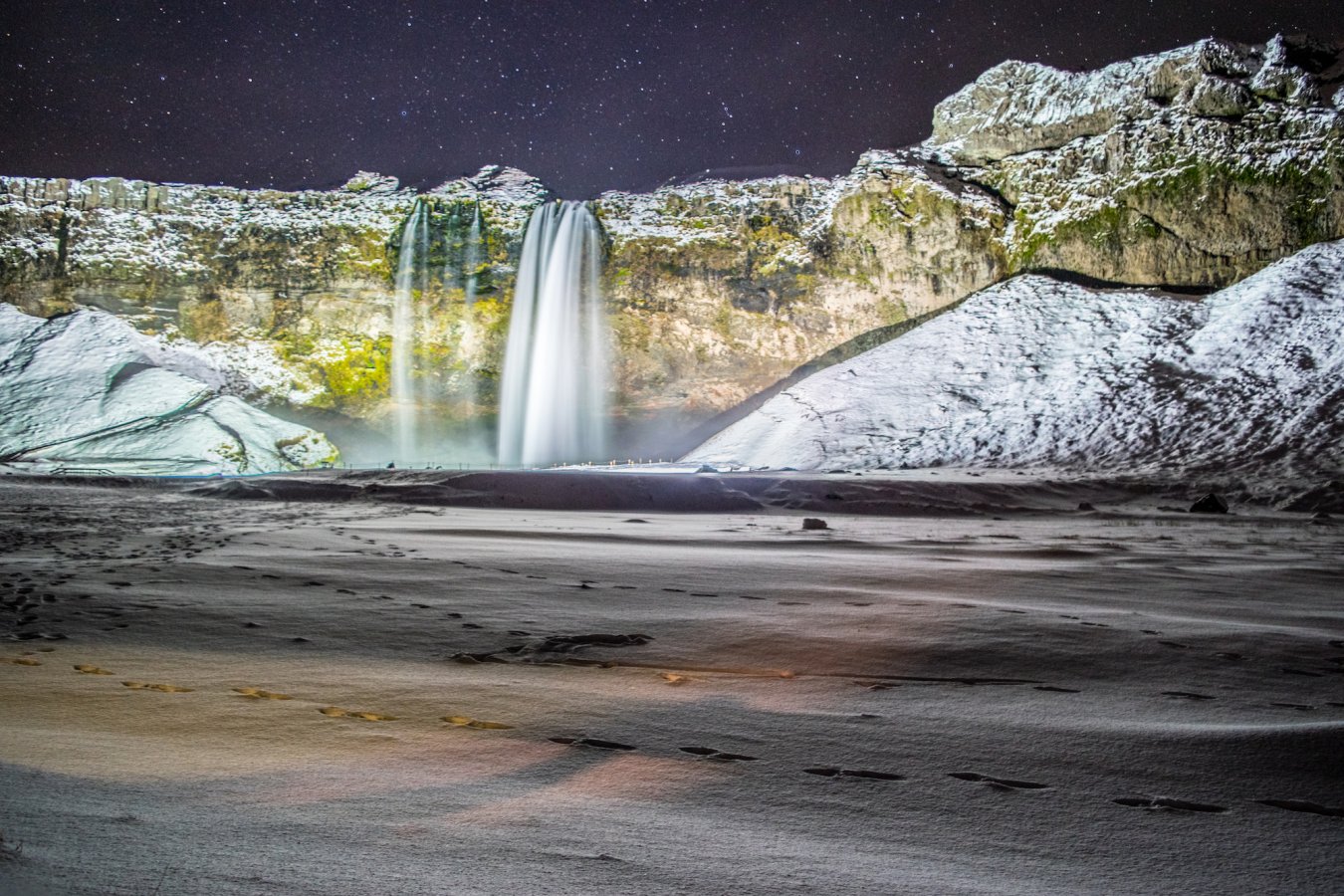