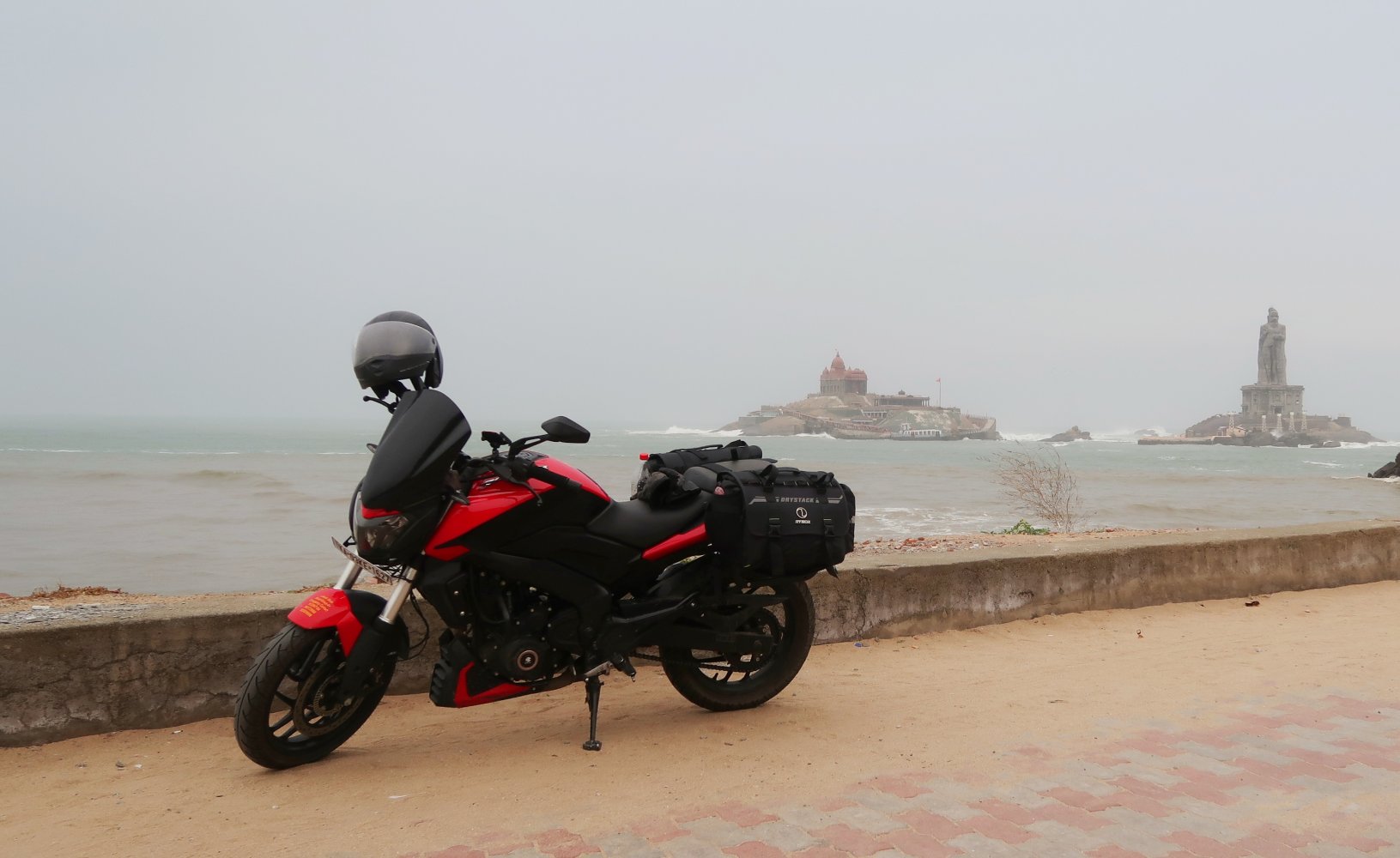 It's funny that a trip to far up North starts by going South from Bangalore.
That's because the riders itch of riding from Kanyakumari to Kashmir (K2K as it's called) hit me couple of years back.
So this morning I rode down from Bangalore to Kanyakumari, to enjoy a foggy and rainy evening.
While I missed the beautiful sunset I have seen on previous visits to Kanyakumari, I did compensate it by discovering the local delicacy of kothu parota. 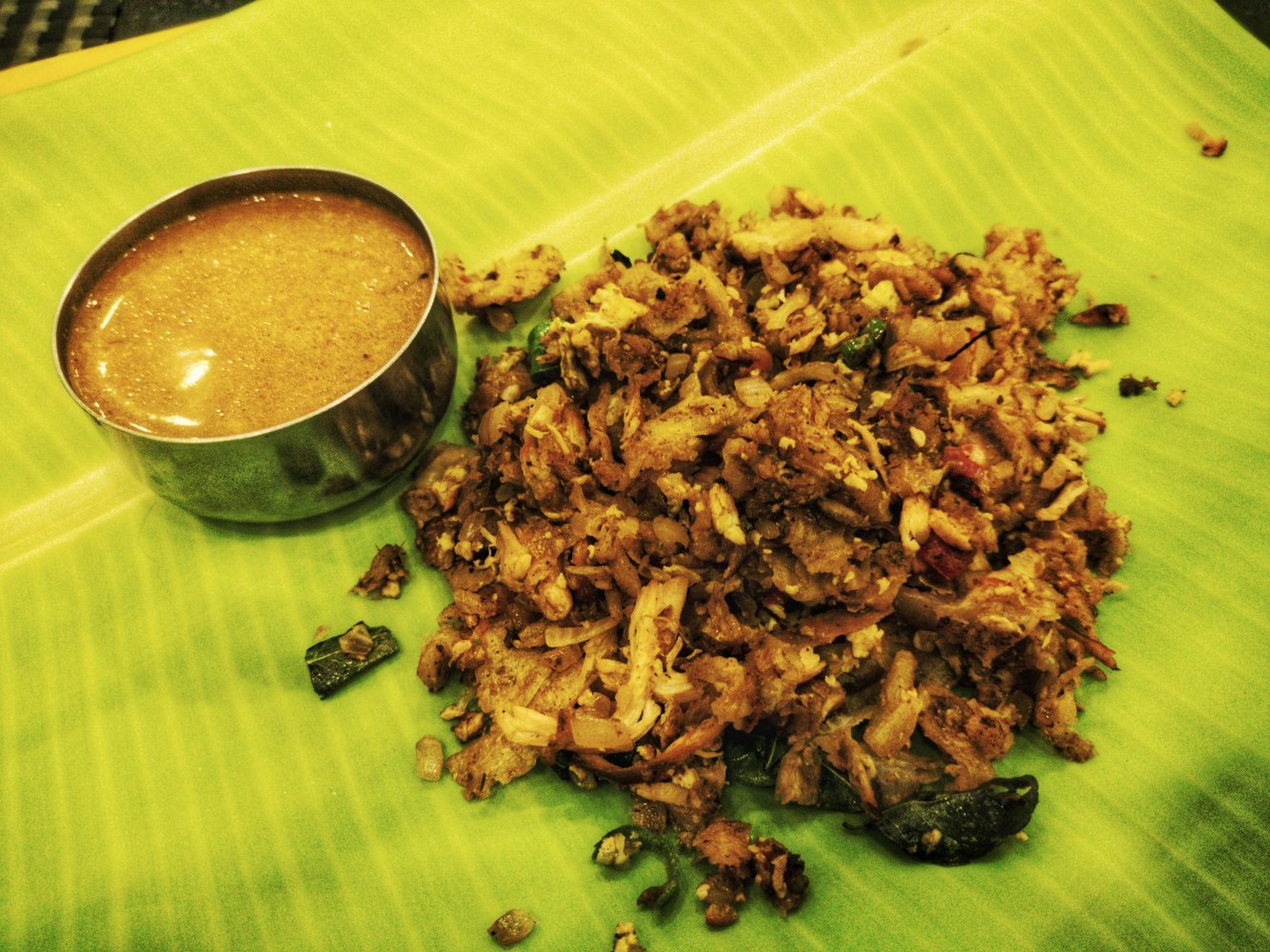 It's a lovely route. 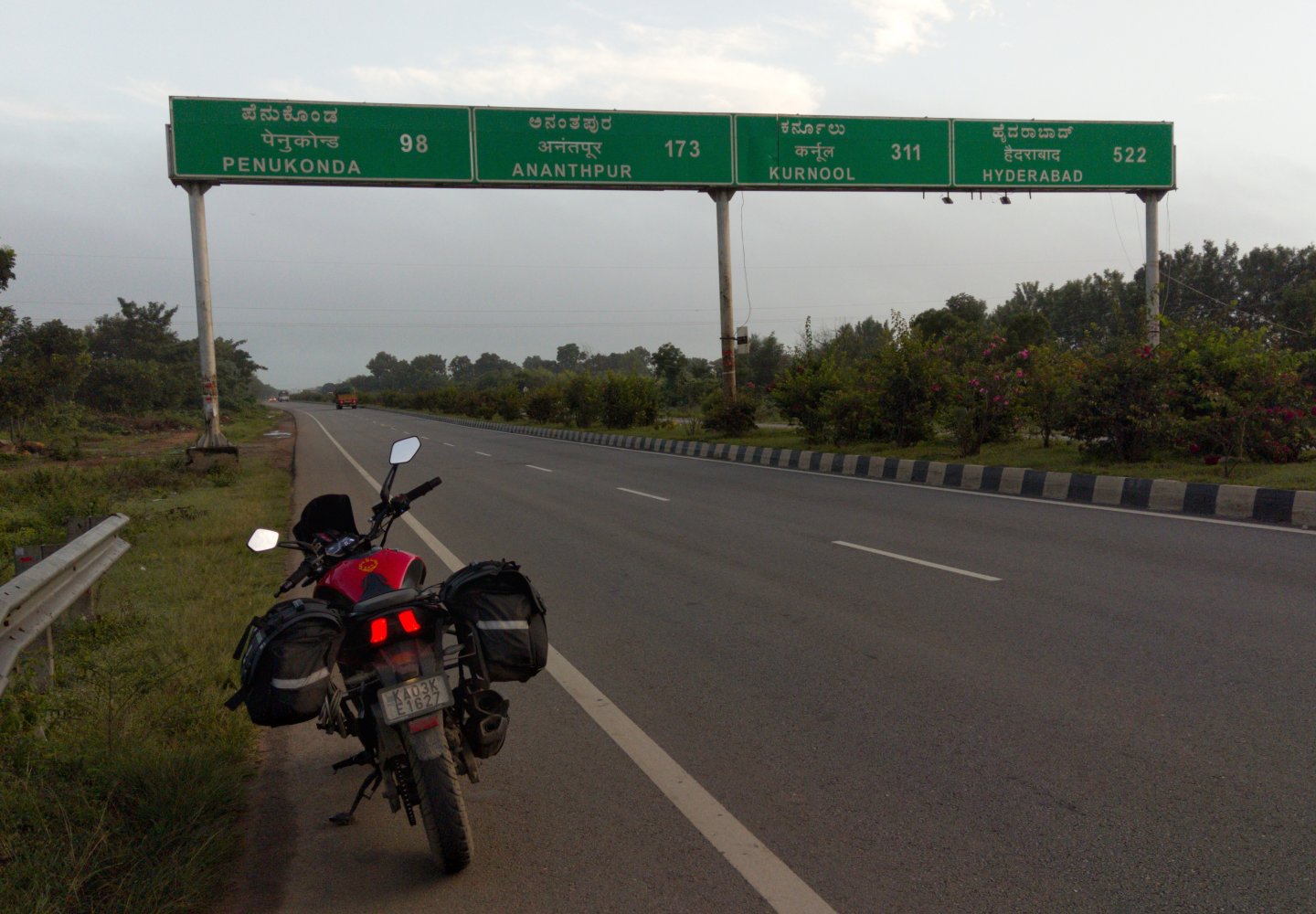 Now the real trip to North begins. On the Bangalore- Hyderabad highway. Plan is to follow NH44 all the way up

Day 2 ends in Nizamabad. Surprisingly low presence on tourist map. Could not find a hotel on Booking.com or MakeMyTrip. Had to go old fashioned by calling on phone and checking the room manually.
Have completed around 1500 km in two days starting from Kanyakumari. Hoping for weather to hold good. 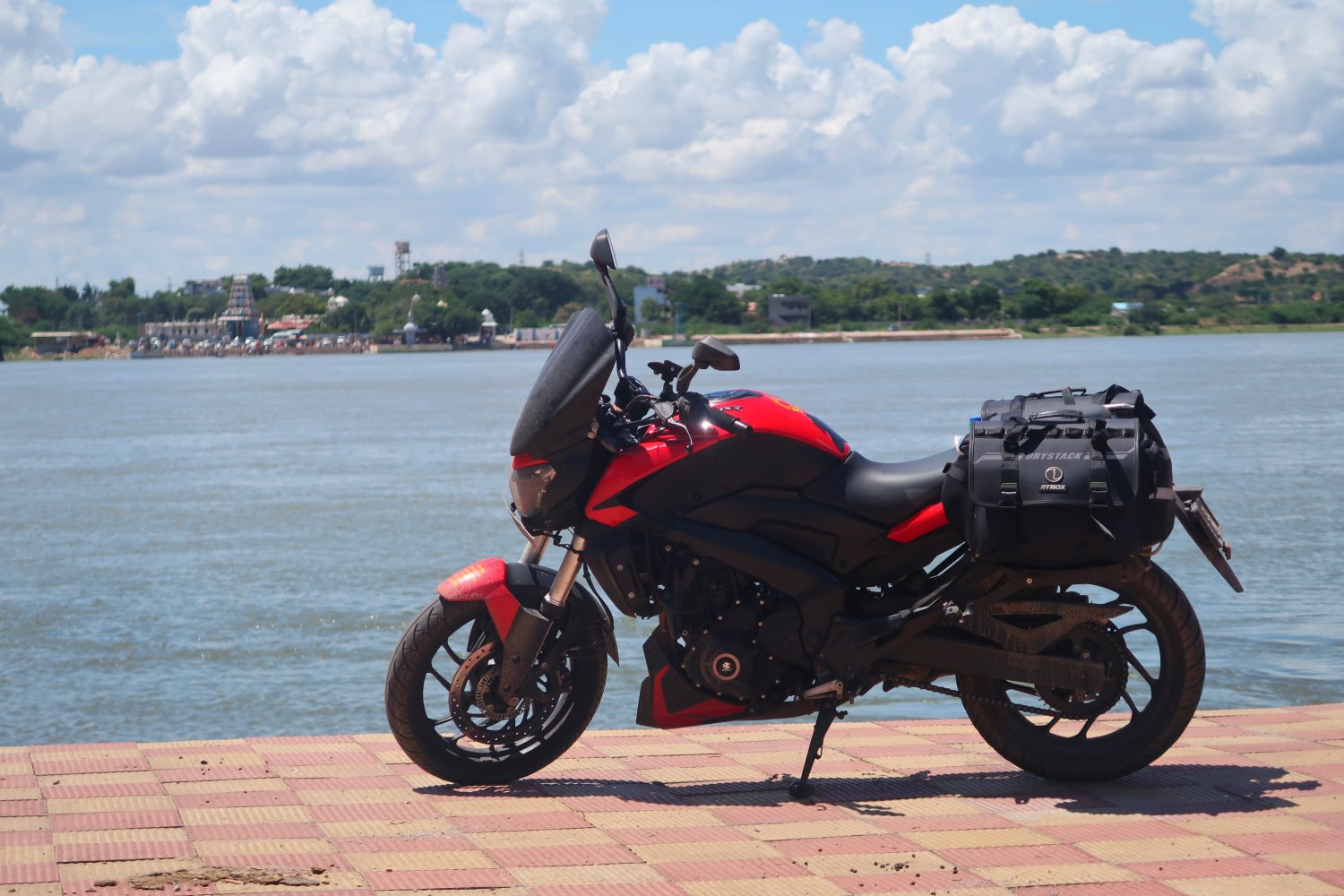 On the banks of Krishna river.

Day3 - woke up early to see Nizamabad fort. Unfortunately the place is not maintained well. Many areas were barricaded. 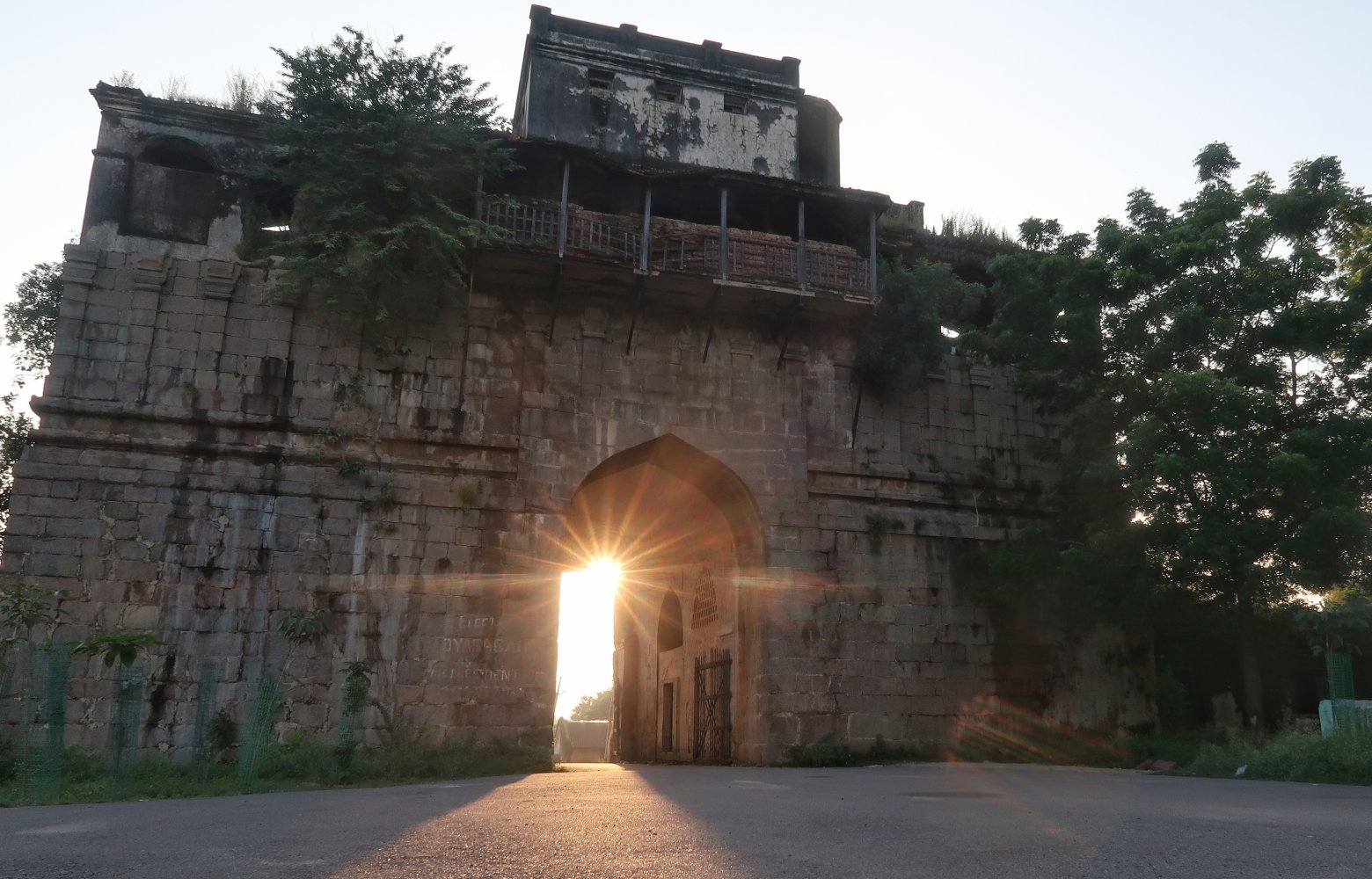 Somehow managed to get inside. 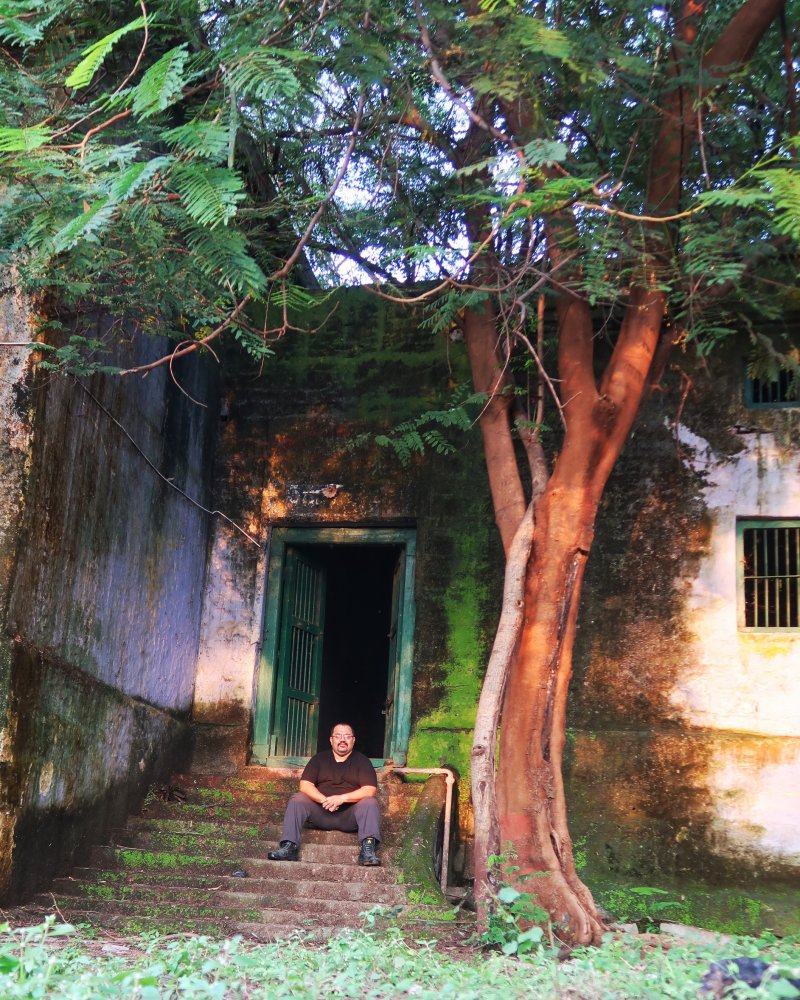 After roaming around a while, returned to the hotel. Complementary breakfast was ok.
Packed and left by 8am.
Roads till Telengana border were good. After entering Maha, roads went for a toss till Nagpur.
Took a tea break at a dabha around 12:30. Lying on the charpoi at the dabha, I fell asleep. It was a refreshing sleep. Woke up at 1:30 p.m. till Nagpur bypass the road was bad. After entering Nagpur bypass the road condition improved.
Once I entered MP the road were excellent. They have done a great job on the road going through Pench. At many places the road is elevated for the wildlife to go below. At other places the sides are barricaded. This prevents wildlife from coming in. 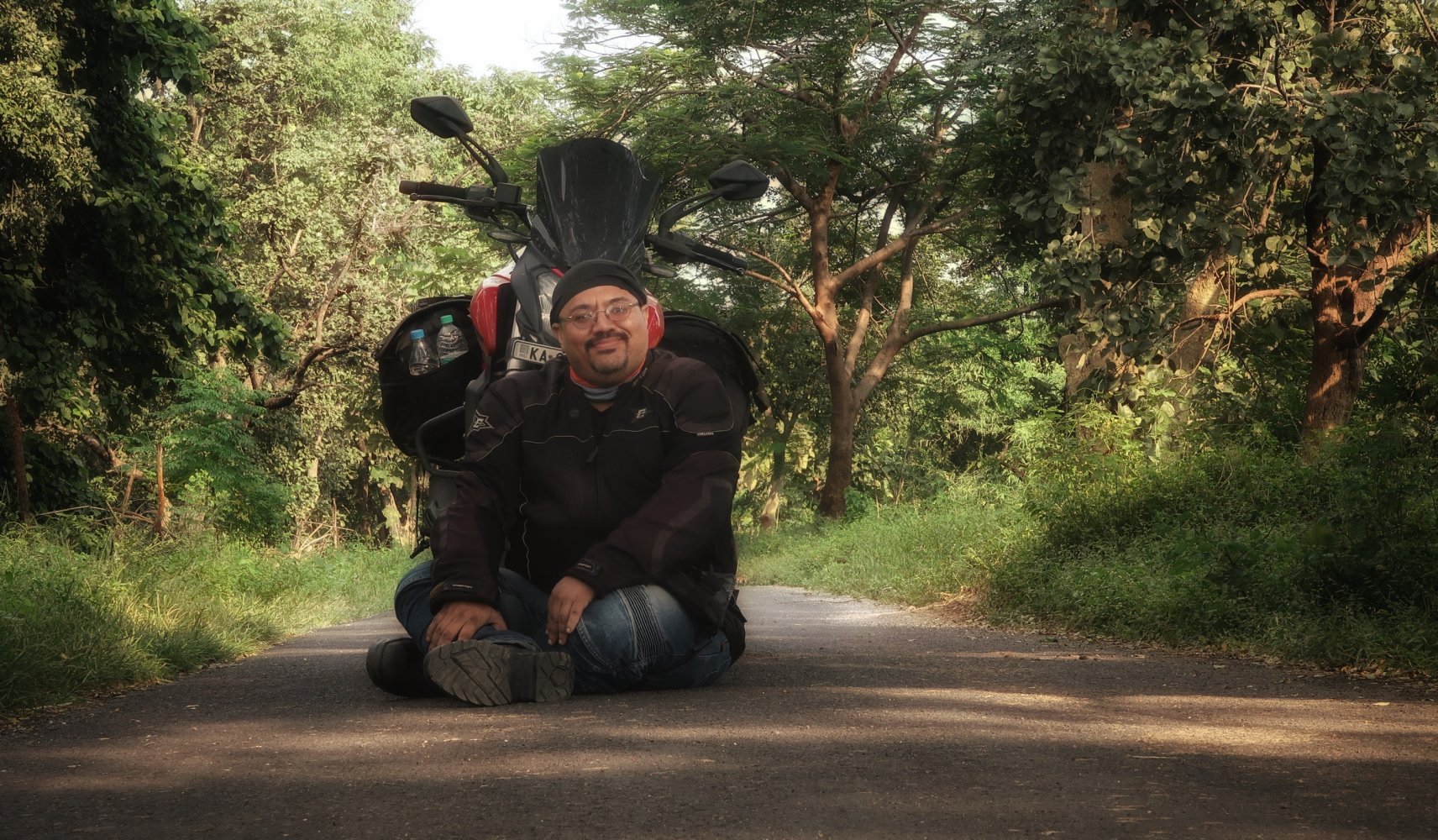 Reached Seoni by 4:30 p.m. the hotel I had booked by phone did not good. So booked another one through MakeMyTrip future. The room was nice. Ordered tea and some snacks.
Before going down for dinner I edited some pictures on my phone. Going to call it an early day.

Lovely updates coming in, pls do share what itinerary you are following.

skysat2005 said:
Lovely updates coming in, pls do share what itinerary you are following.
Click to expand...

Thanks.
No particular itinerary. Traveling from Kanyakumari to Kashmir and maybe further.
Try to do 450-500km in a day and then put up for the night.

Day 4
Woke up to find out that there was no power. Called the reception and they told me that the generator had run out of diesel. After waiting for a while I started my morning wishes under the light of my cell.
The light came as I was about to leave the room. Went downstairs and mounted the saddle bags on the bike. It was 6:30 a.m. when I headed out of the hotel.
The morning was very pleasant and I enjoyed the ride. Soon it would get very hot. Road turned towards Sagar before Jabalpur.
I was pleasantly surprised by the scenery. The roads were in excellent condition too.
Stopped at a dhaba for breakfast of alu parantha. 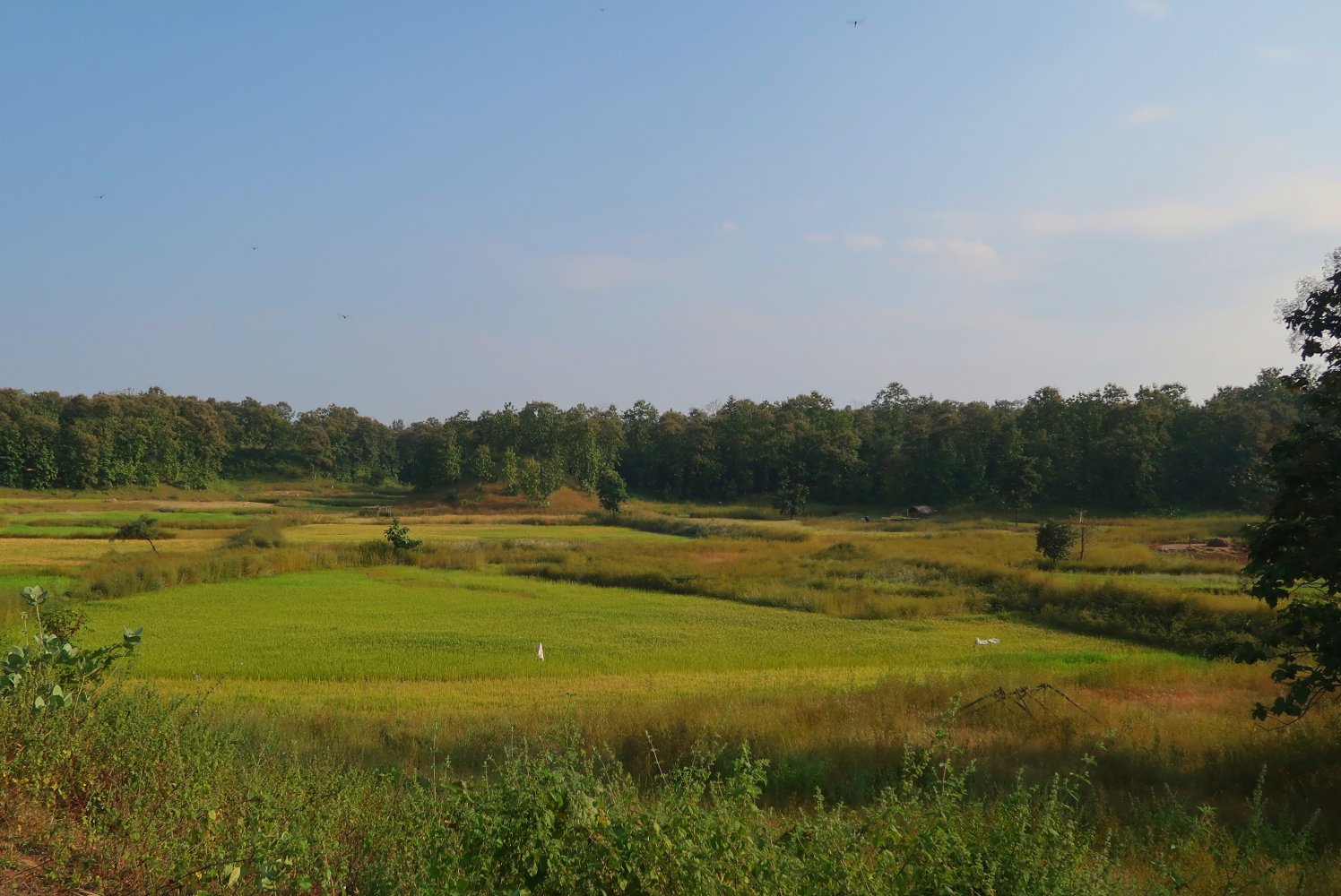 I expected to get till Gwalior by end of day. So booked a hotel on booking dot com. Glad I did not pay upfront. More on that later.
U.P. roads were a different ballgame altogether. Add to that, the infamous kings/queens of the road, riding was a pain. 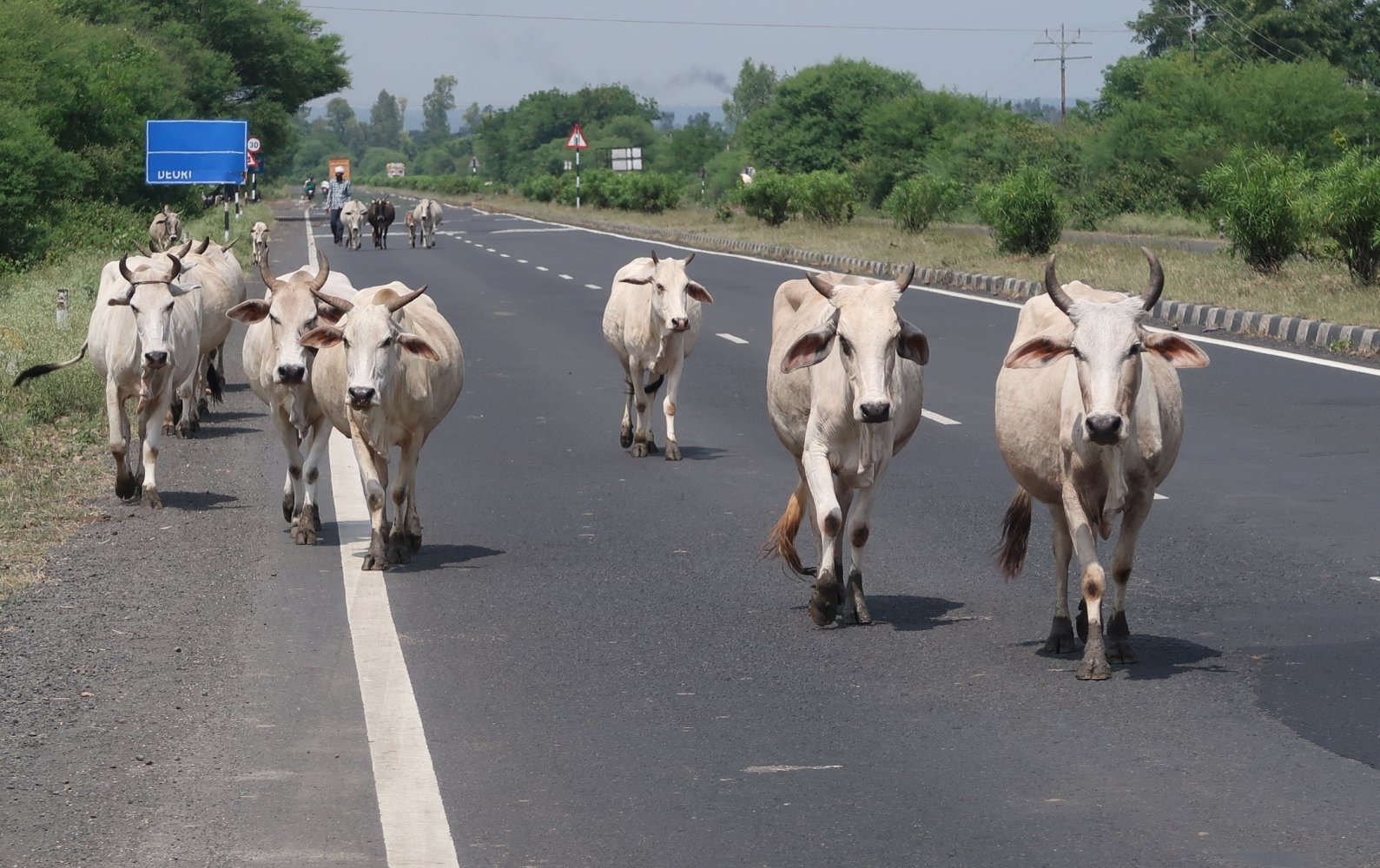 As soon as I entered U.P, road conditions became bad. And they would stay the same till beyond Jhansi.
Between Sagar and Jhansi, got caught in a thunderstorm. By the time I took cover, I was quite drenched. Had to wait almost 45 minutes for the rain to stop. Put on my rain gear and started out in light drizzle. Soon the rain stopped and the sun came out. As I was contemplating taking off the rain gear it started raining again full song. After that I kept the rain gear on for a long time even though it was quite hot. Given the delay due to rain and bad U.P. roads, I thought of stopping at Jhansi. Decided to stretch to Gwalior. 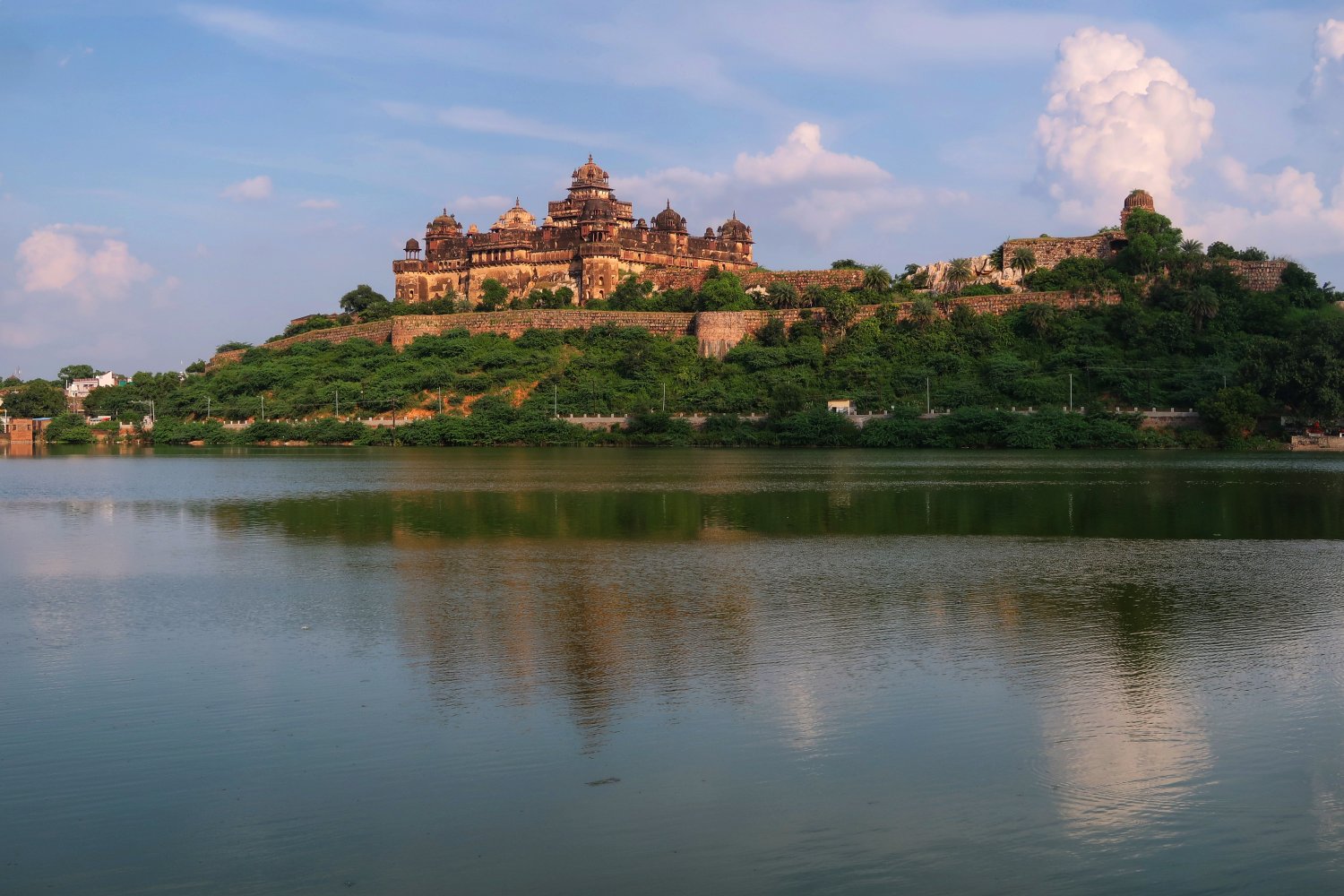 Beyond Jhansi, it was a breeze to Gwalior.
At Gwalior, was surprised to find the hotel had no parking. So cancelled and booked another one on MMT.
At the hotel, after a shower went out for a Rajasthani thali which was ok - very similar to Rajdhani in Bangalore.
You must log in or register to reply here.
Share:
Facebook Twitter Reddit Pinterest WhatsApp Email
Top