Off-beat Himachal with God as Navigator

Ohh Did I say superb write-up. Waiting for Detour part..

With the road to Narkanda blocked, we had the choice of staying put in hopes of the road reopening or turning back.

Since we had 4 days in hand, we could not only afford to turn back and head elsewhere in Himachal. We could also head to Uttarakhand. Choices and options were many. However, the first order of the was to drive back to Theog to get fuel and take an alternate route.


By the time we reached Theog, it too had shut down and there was a jam. Thankfully the approach road till petrol pump was clear and even though it was raining, we were able to get a tankful of fuel from there.

Then we decided to take the diversion to Kharapathar and Rohru i.e. the road going right from the fork in Theog.

We had no idea whether or not this route was open and now we were getting reports that even Shimla was completely shut down.

Interestingly enough, this road was to take us to Kotkhai, where the Gudiya Rape Case had taken place. However, at that moment, none of us actually thought of it, and we simply continued on.

The road from Theog to Kharapathar was wide, smooth and oh so beautiful. Almost completely devoid of traffic.


The rain was taking place almost non-stop and even then, we stopped the car and stepped out for a selfie, although under the cover of umbrellas. 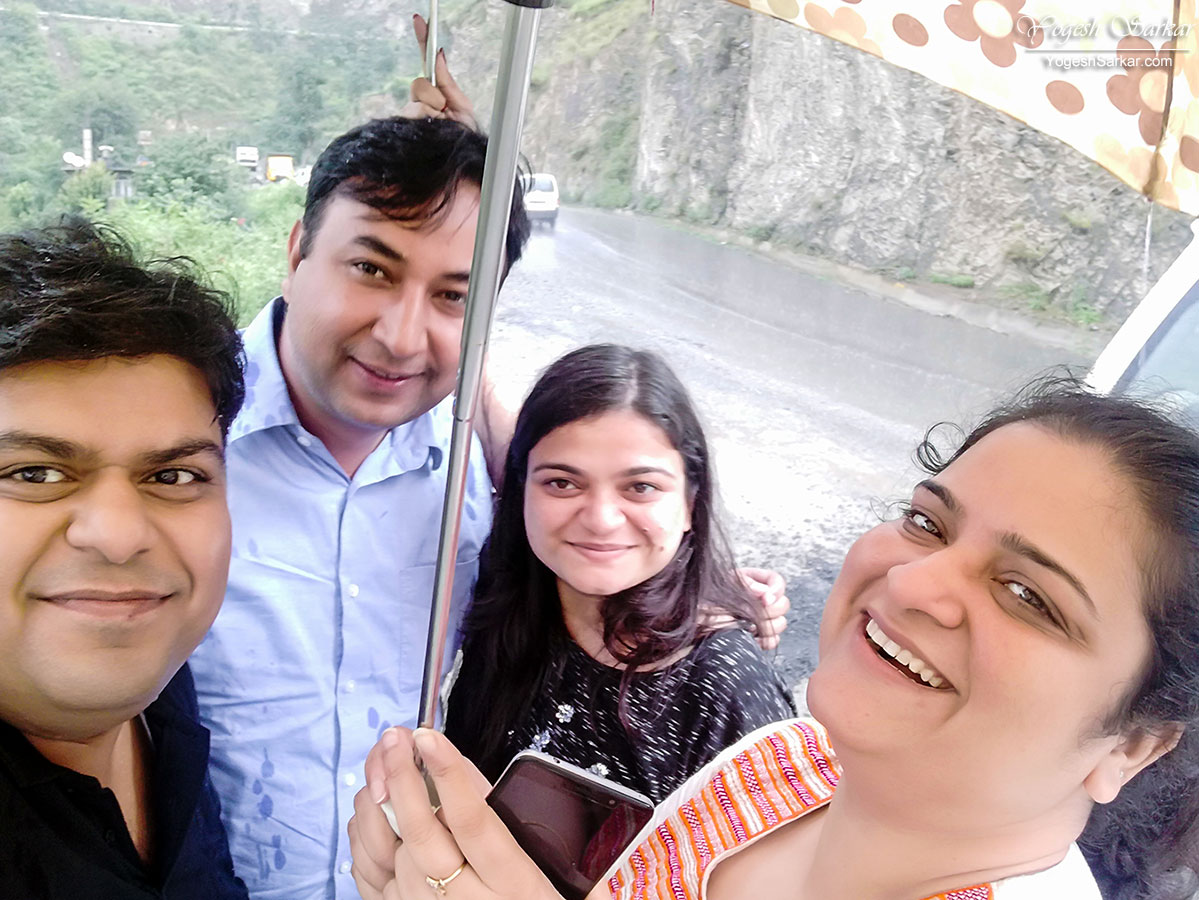 We stopped another car en route to inquire about the road status ahead and they too, in turn, wanted to know about the status of Narkanda. Thankfully the place we were heading to was clear and sadly the place they wished to go to was blocked. We wished each other the best of luck and continued on.

Even though there were no protests anywhere on this route, most of the shops were closed. Eventually, we found a small restaurant open and stopped there for tea. 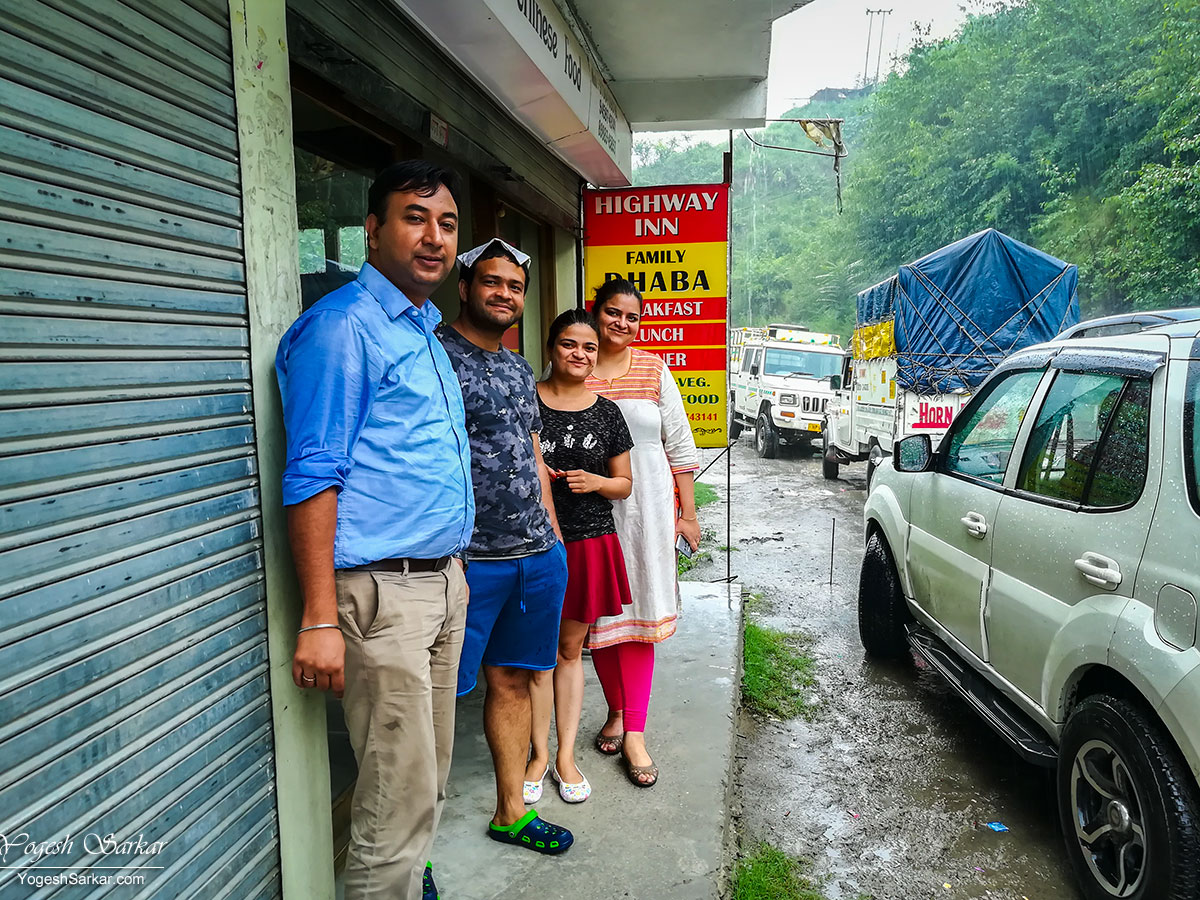 I was beginning to fall in love with my Honor 6x, using it for more and more photographs than my Canon 60D. Mainly due to the convenience factor and also due to the auto HDR, which produced beautiful images without the need for post processing.

I had traveled on these roads earlier, around a decade ago and it was a wonderful feeling to travel on them again, that too during monsoon season. For they rivaled Kumaon’s rain drenched beauty, something the Shimla – Sarahan route could never do!

Apart from getting immersed in the beauty of the landscape that surrounded us and the lovely company of friends, there was a pressing task at hand; booking the PWD Rest House at Sungri. Since as far as I knew, there was nothing in Sungri apart from that.

Officials at EE Rohru (01781-240087) weren’t sure if they had booking for the guest house on 20th June or 20th July. If in case it was for July, they couldn’t give us rooms there, since there were just a couple of rooms at the Rest House and one had to be kept reserved for the officials.

I emailed them the booking request and at the same time, called multiple times to check the status and get the booking done.

We had no booking and weren’t sure if we were going to stay at Sungri, yet, we were heading there.

Stopping at times to take a few photographs and to soak in the beauty around us. 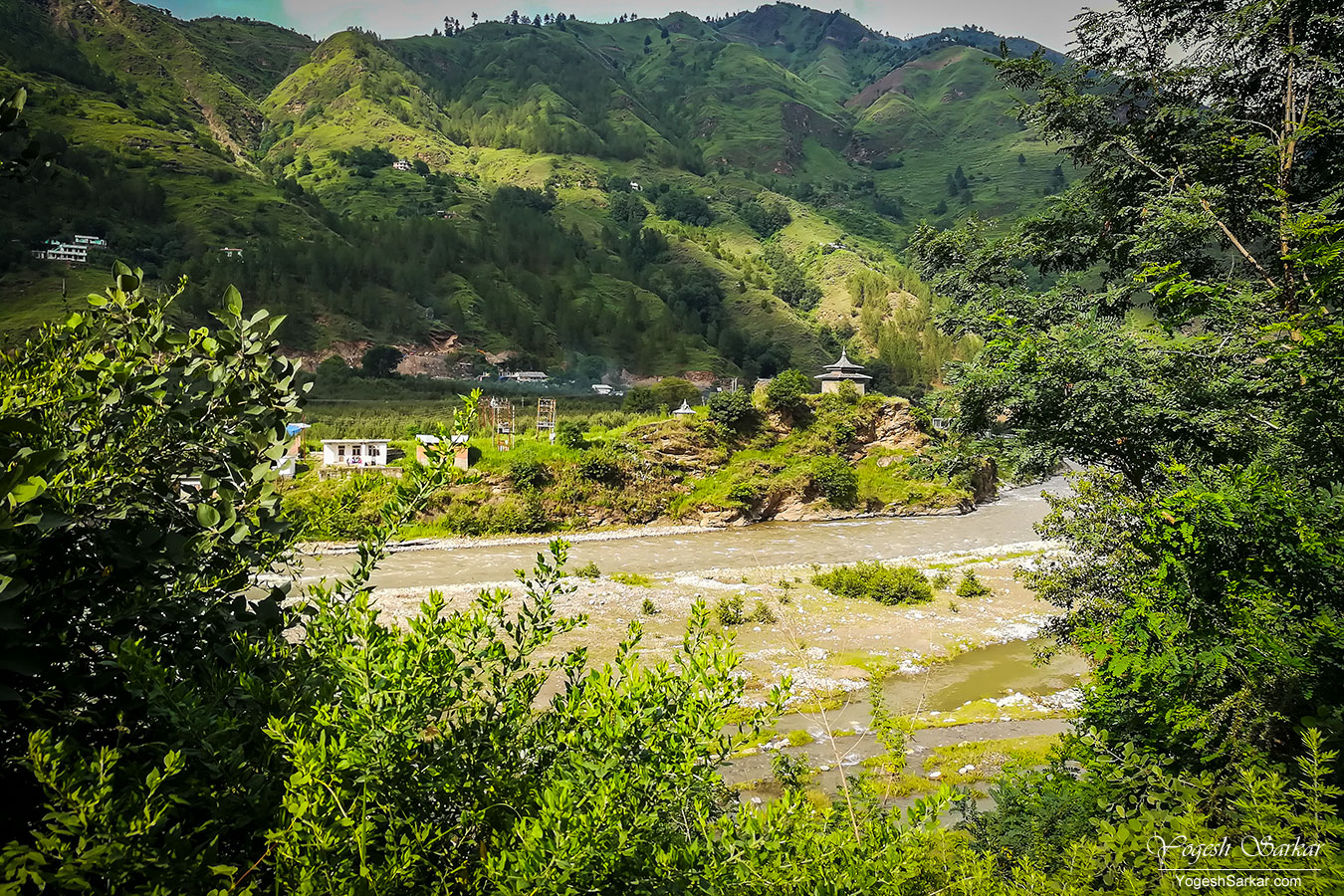 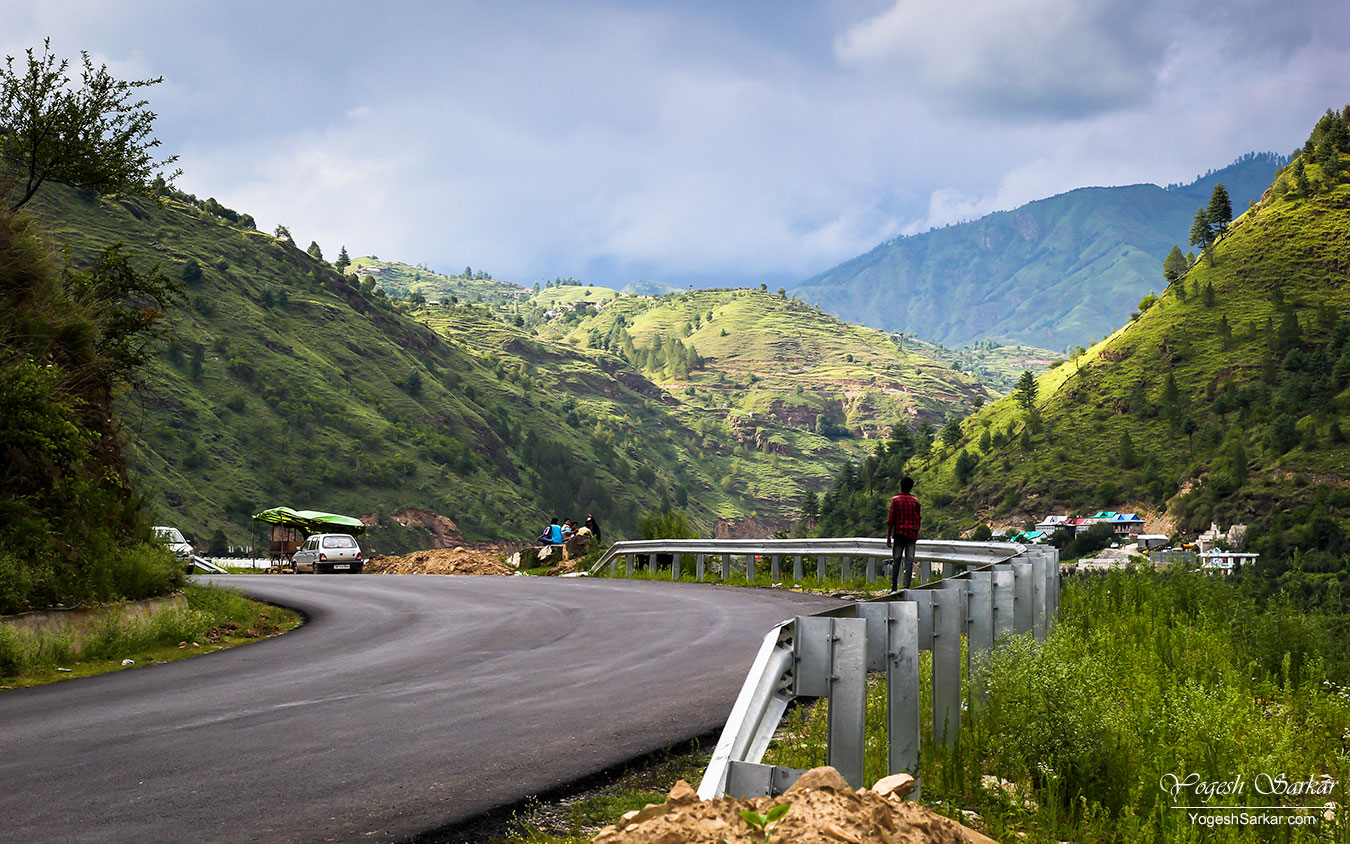 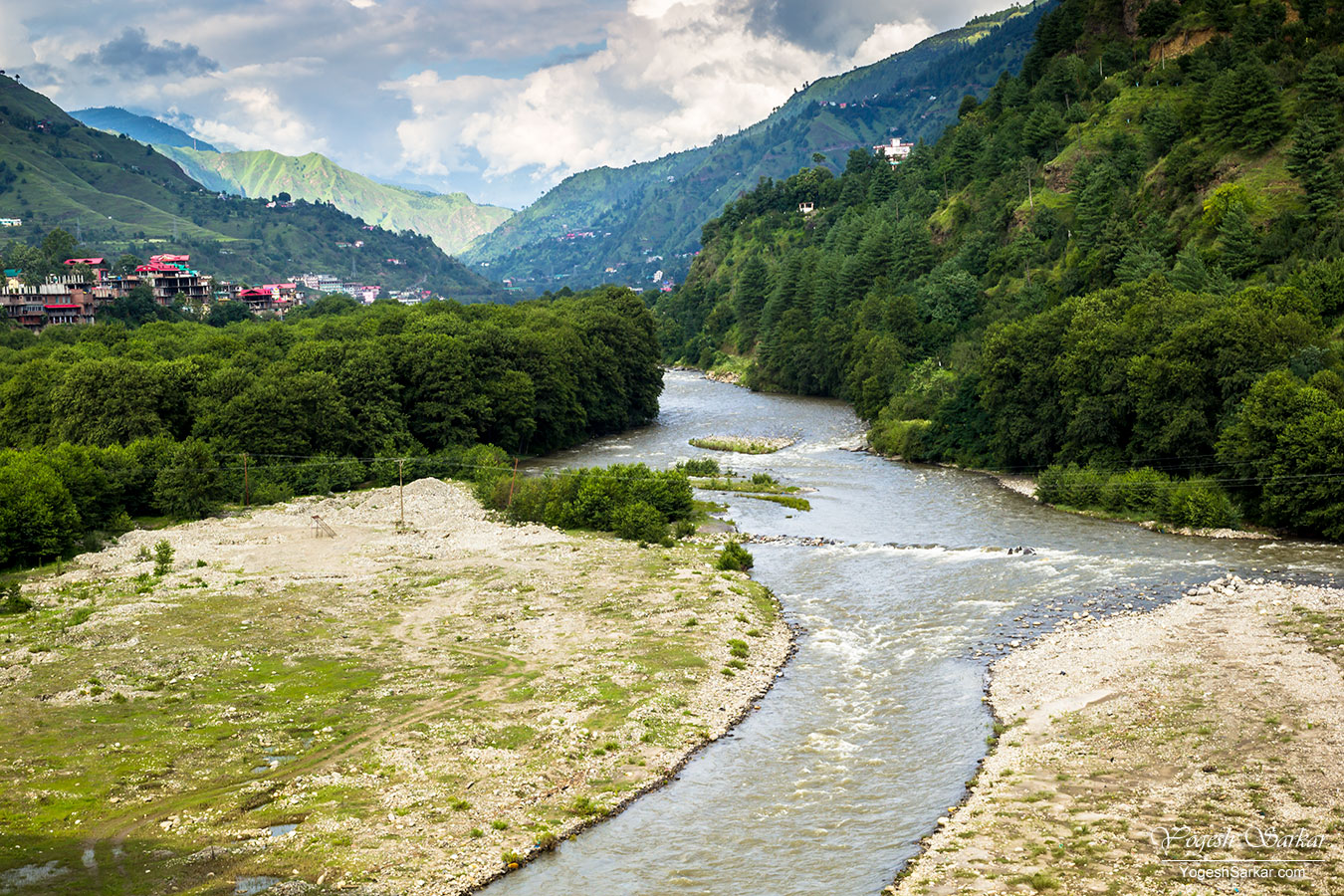 At Kharapathar we stopped to stock up on some provisions. HPTDC hotel here was beautiful and with no confirmed booking yet at Sungri, we were almost tempted to halt here. However, since we still hoped to cross Daran Pass tomorrow, we eventually decided against it and continued on to Sungri.

Eventually, we got confirmation for 1 room at Sungri. We might get the second room if no one else showed up. Else the 5 of us would have to stay in a single room. Granted the PWD Rest House Rooms are large enough, it would still be a major inconvenience. But it was better than nothing.

At Rohru we got caught in a jam and once we managed to get out of the jam, we encountered somewhat deteriorating road conditions and the road getting narrow and steep.


It had been 12 years since I had ridden through this route, on that day rain had accompanied me throughout the day, drenching me completely. Forcing me to seek shelter at the small market of Sungri. Making me fall in love with the small village, I had encountered on my way back to Delhi from Rohru.

Today there was no rain and I was sitting in the comfort of a Safari Storme.

As we climbed higher and higher, the beauty of the place increased manifold and large valley gave way to narrow mountain road criss crossing through thick forest and apple orchards.

Eventually, we reached Sungri around 6:15 pm, to find a beautiful PWD Rest House set amidst fog and clouds. 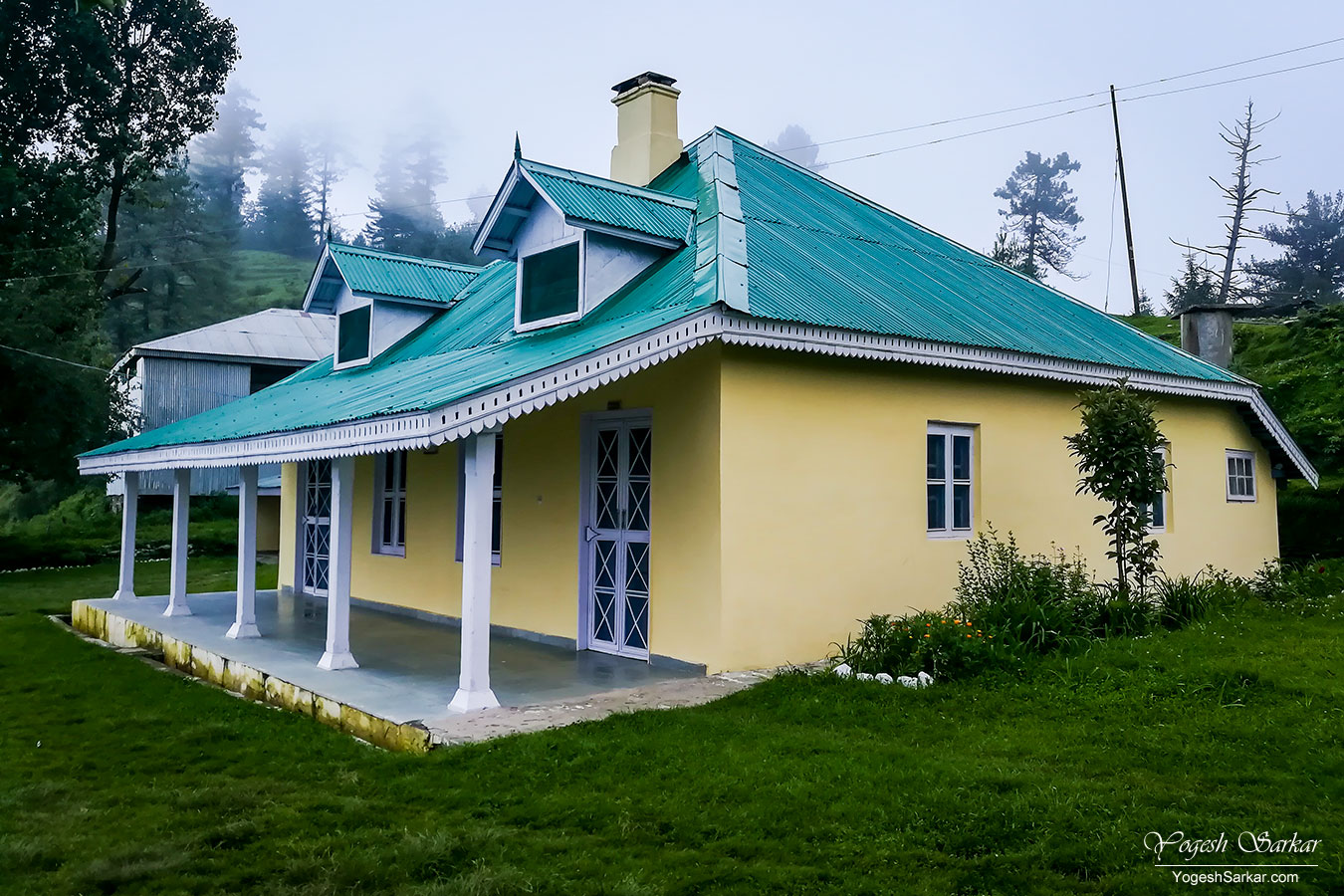 We spoke to the caretaker and he after confirming with his superiors opened a couple of rooms for us. Not only that, he also took us to a small restaurant nearby, which would serve us the dinner at night and snacks before that.

After a little bit of coaxing, we even got to use the fireplace in the room. Even though it wasn’t really that cold and we did it more for fun than for warmth. 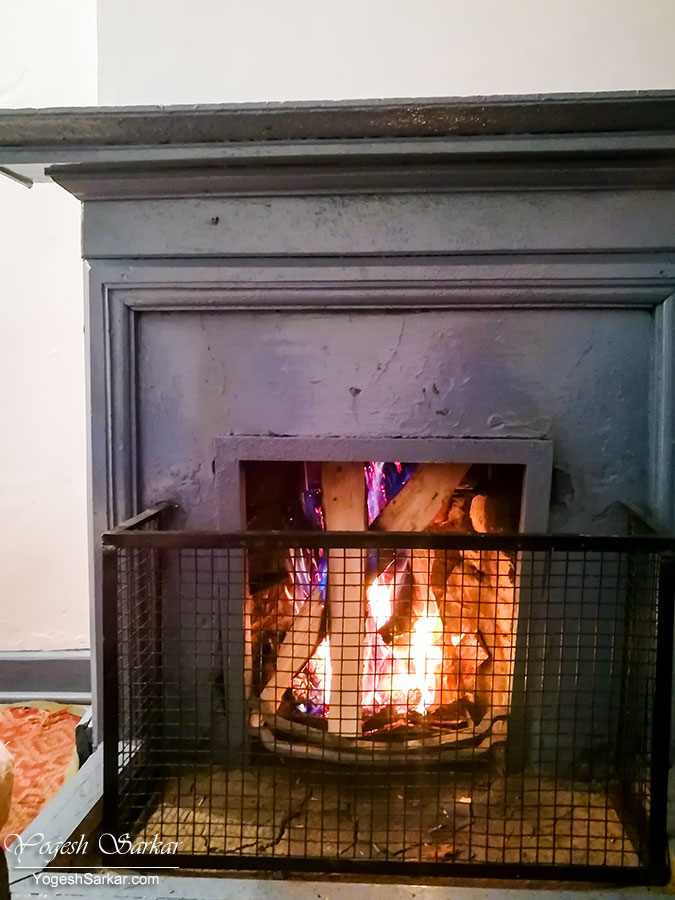 Everyone had a smile on their face and it was a double source joy for me. For I had not only made it to the place I wished to visit, ever since we started planning for this trip. I had also managed to find Solan No 1, which I had been searching for, since last year!

Light rain and fog outside, good friends for company, Solan No 1 and the ability to create art at the end of a wonderful day. 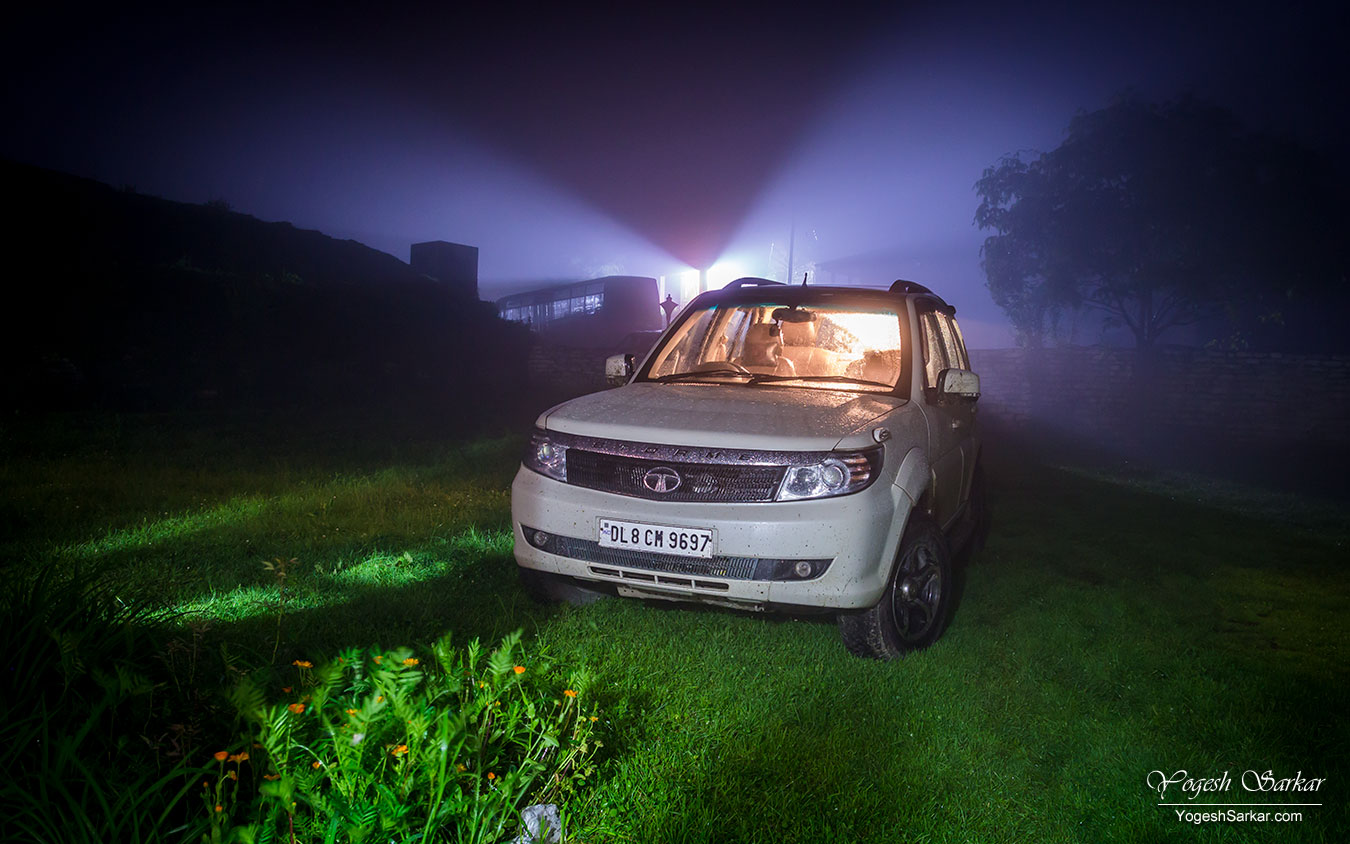 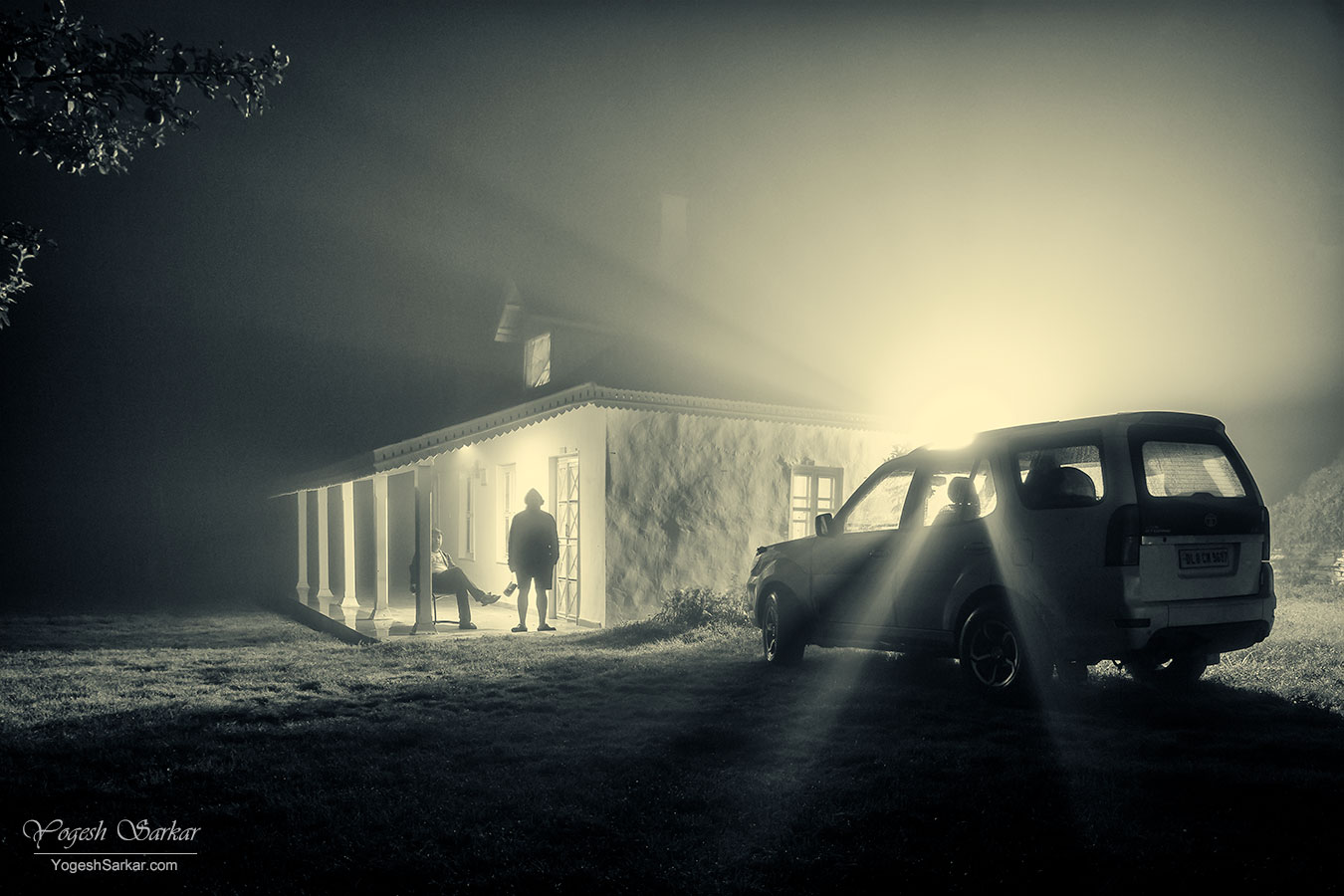 What more can a guy ask for?

All that mattered now was what the God had in-store for us tomorrow, and I couldn’t wait to find that out…

Beautiful pics @Yogesh Sarkar . Loved the pics clicked by your Honor 6x. Seems it has a magical camera with great clarity.

vikas_unzip said:
That day I was in Kandaghat, and I guess it was raining till Salogra (before Solan). Seems you did not encounter rain that day.
But during my journey towards Chandigarh it was beautifully raining and mountains were clear and clouds were playing.
Click to expand...

We encountered rain, when we started back from Narkanda.

Thank you Suneesh. It it s a wonderful camera and I really love it.

Yogesh ji, what can I say. Your flair for writing and photos quality Laa jaŵab.

I liked the beauty of light and shadow in your last photo of PWD rest house at night.

Yogesh Sarkar said:
The road from Theog to Kharapathar was wide, smooth and oh so beautiful. Almost completely devoid of traffic.
Click to expand...

YS, how was the road conditions post Kharapathar till Rohru?

I am stealing these :