On cloud 9 in Kinnaur

Day 7 and Day 8 (16th and 17th August): Shimla - Shoghi (End of the trip)
====================================
I woke up with that low feeling that our trip was coming to an end soon. In few hours we would be reaching Shimla and in another day's time, would be back to chaotic Mumbai. I tried hard to push this depressing thought and started to think about things to do in Shimla.
Sunny who drove us all through Himachal was a resident of Shimla so I checked with him about places to visit. We did not have much time in hand as we wanted to spend more time in Shoghi. We thus decided to have a quick visit to Mall road.
As soon as we started we came across our first hurdle. Just at the exit of Sarahan, a truck had broken down resulting in road block. After an hour's delay, we got going.
Took this pic while we were on our way down: 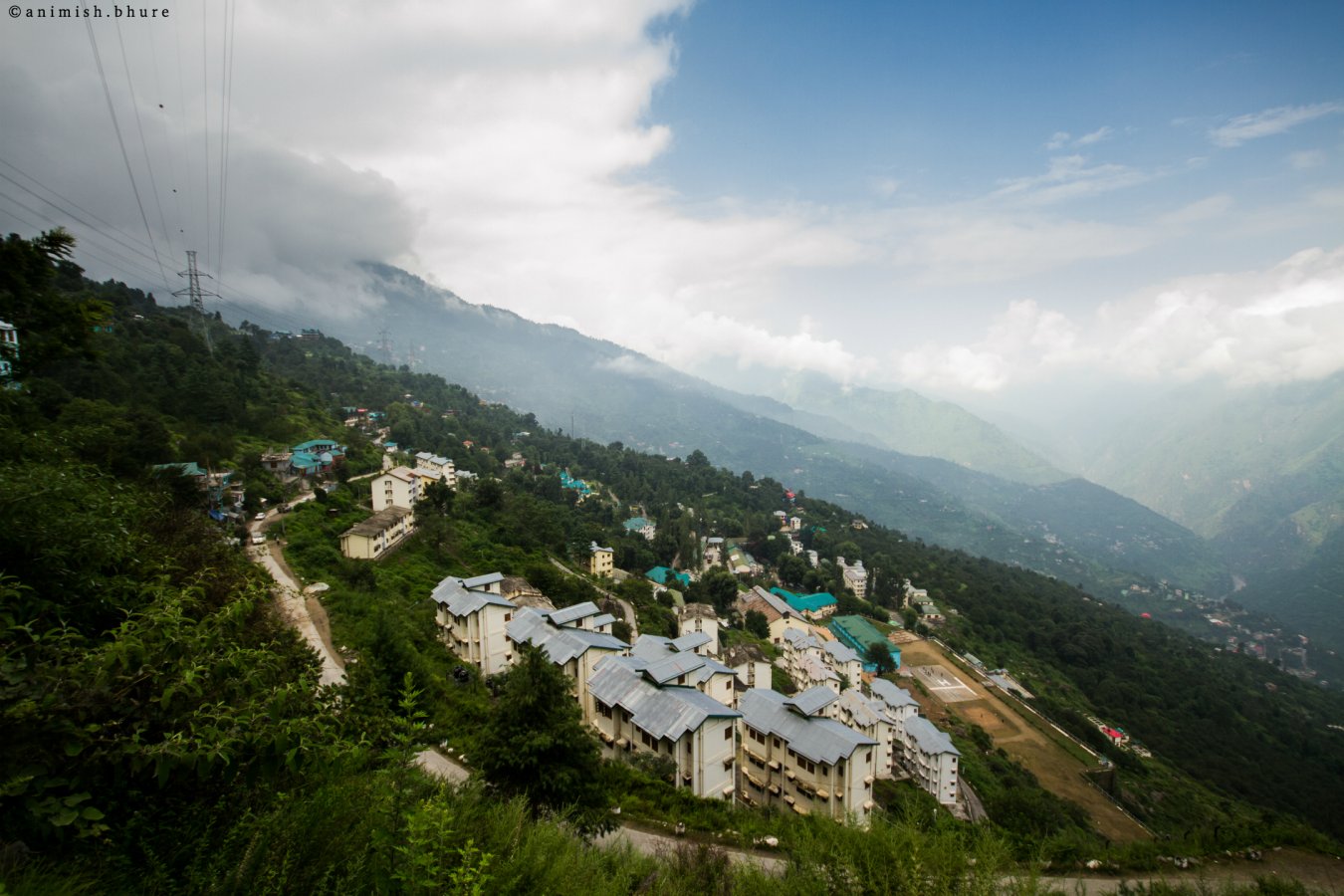 The road now looked familiar however as we approached Narkanda, we noticed that the climate wasn't great.. It was all hazy. It was the same route which showed us some brilliant cloud and light magic while going towards Rampur.
I spotted a lone Himalayan Griffon surrounded by ravens on a tree: 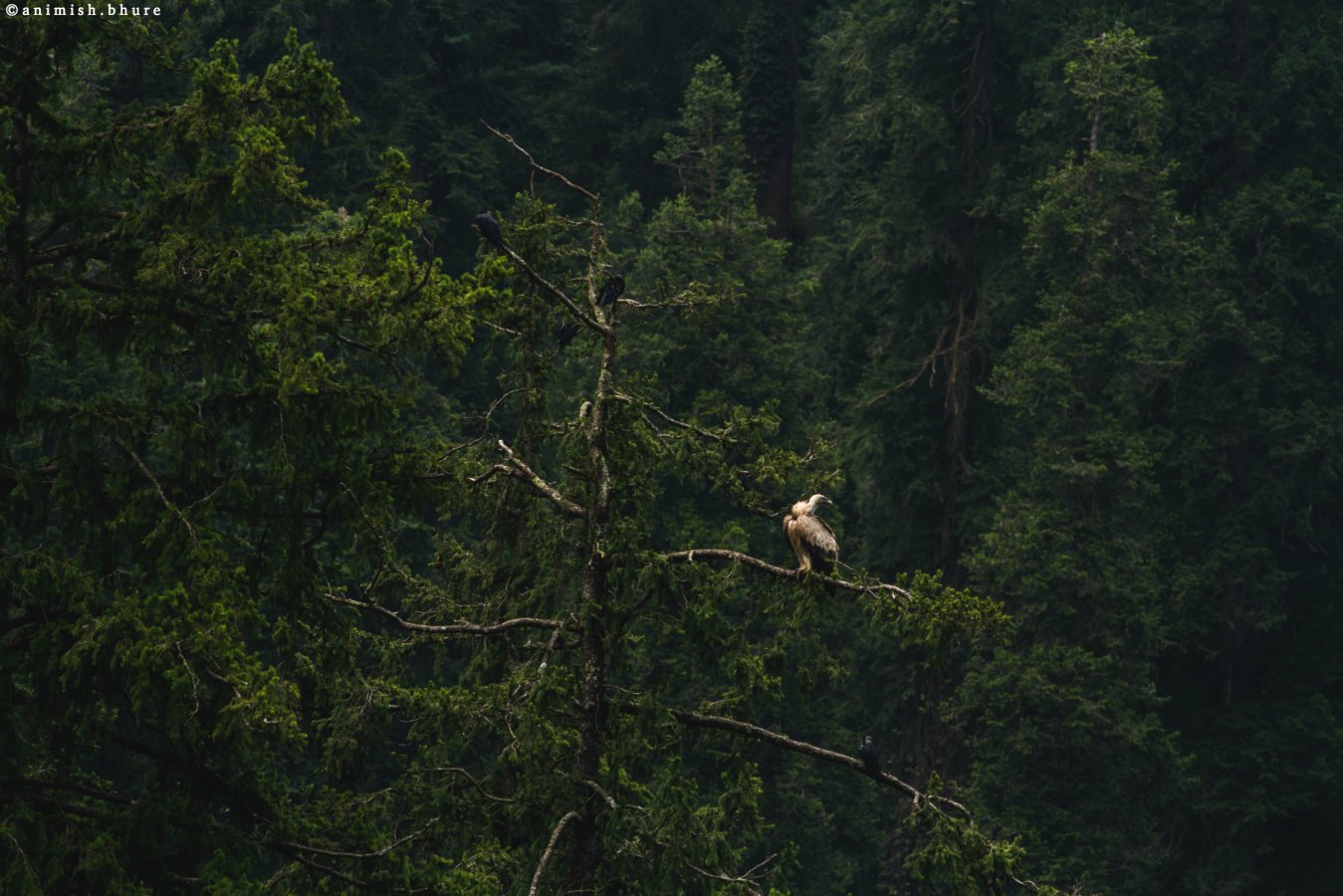 Soon we reached busy, bustling Shimla. The first thing we wanted to visit was this: 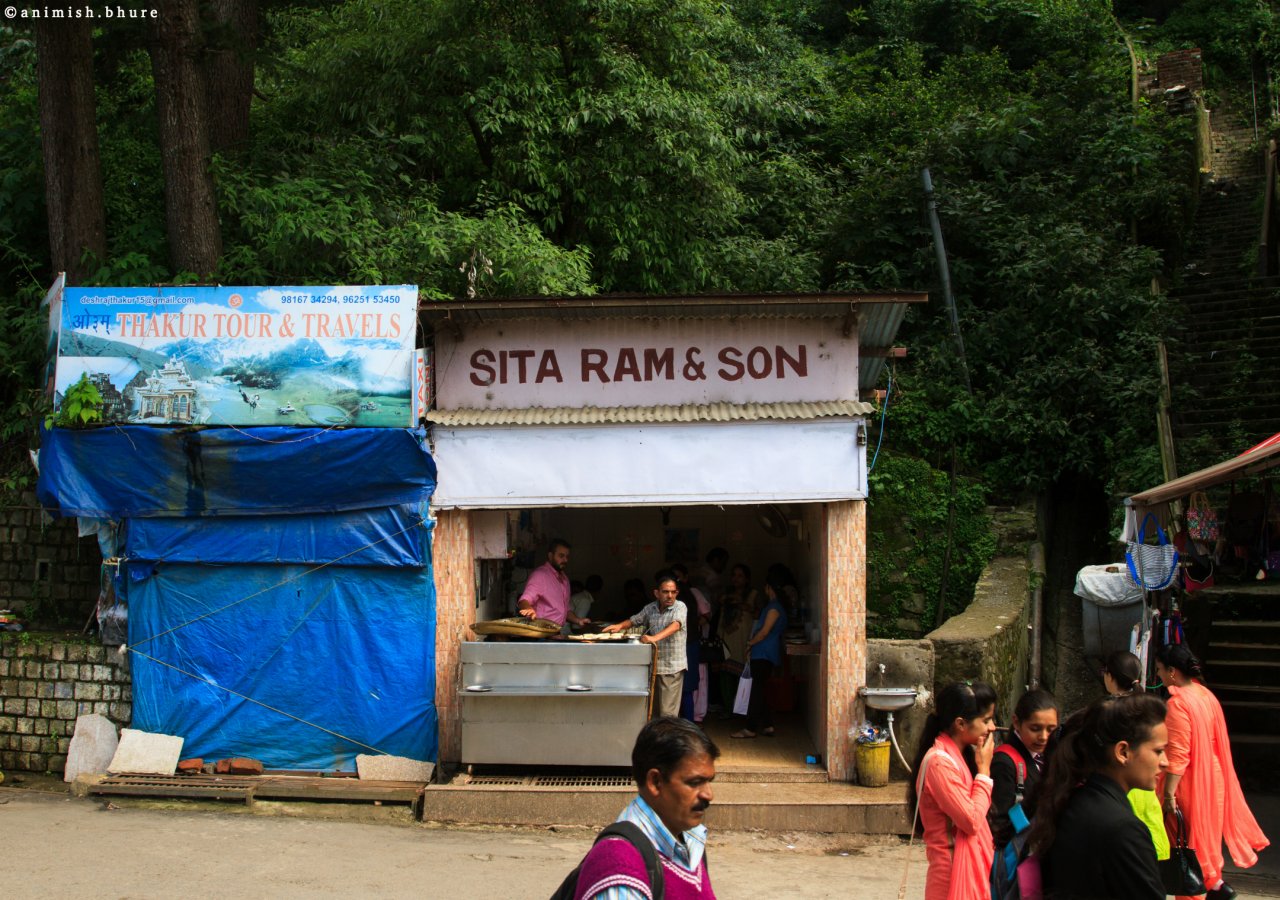 This place, this tiny, Awesome place is perhaps the first thing you should visit, if you venture to put your foot on the bustling mall road, Ridge area of Shimla. Sita Ram and Son (no 'sons' just 'son') at lakkar bazaar at the start of the ridge in Shimla is one of the older shops selling Chole luchi, Chole bhature, Chole kulcha.. basically everything that has Chole, chana as the main ingredient. We tried chole, sprinkled with onion and two flavored chutneys and luchi that was loaded with ghee. This combination was too good! We loved it so much so that the next morning, while we were staying at Shoghi, we asked our driver, who had stayed in Shimla at night, to get us some more for the breakfast! Yummmy!!
We also visited Indian Coffee House. The place surely has a character. Most of the crowd at this place was over 60 years. The couches, chairs, frames, the waiters .. everything looked quite ancient. Food was little disappointing however I was quite content visiting the place.
I also made it a point to visit Trishool bakery to try their eclairs and other bakery stuff which I found strictly ok. There are some places that are visited just for the old times' sake. I later visited the book shop Minerva and bought a couple of books there.
A view from the mall road: 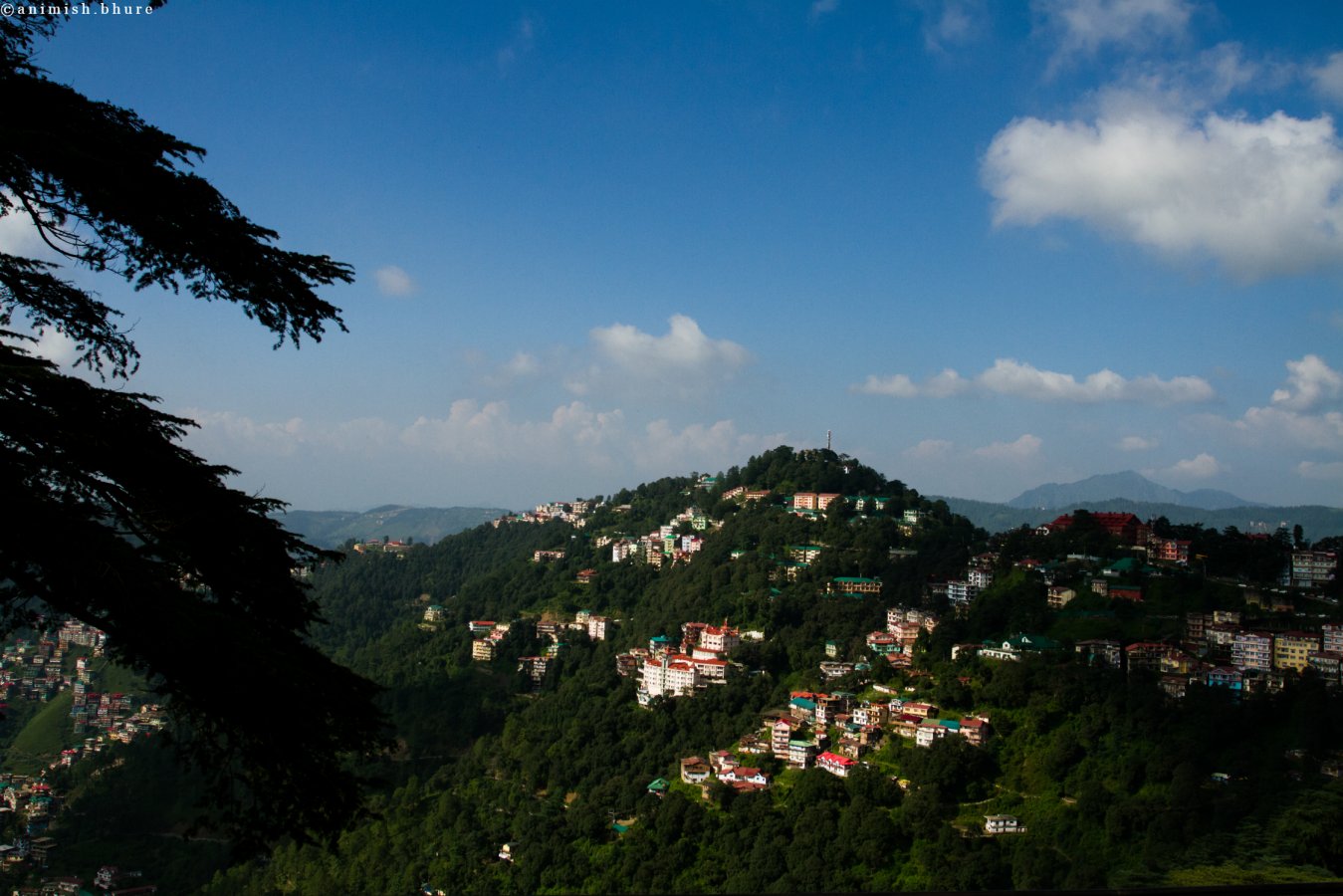 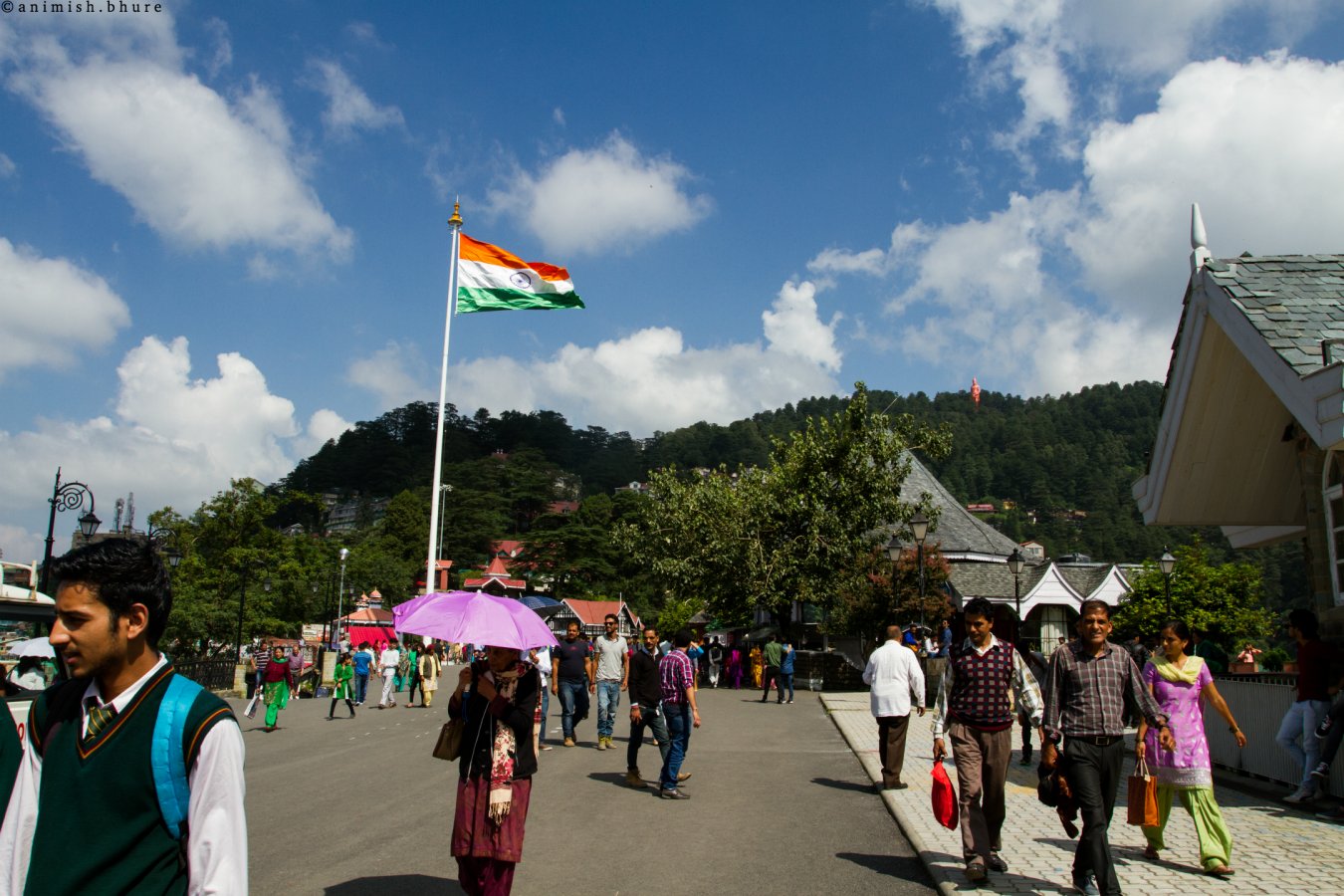 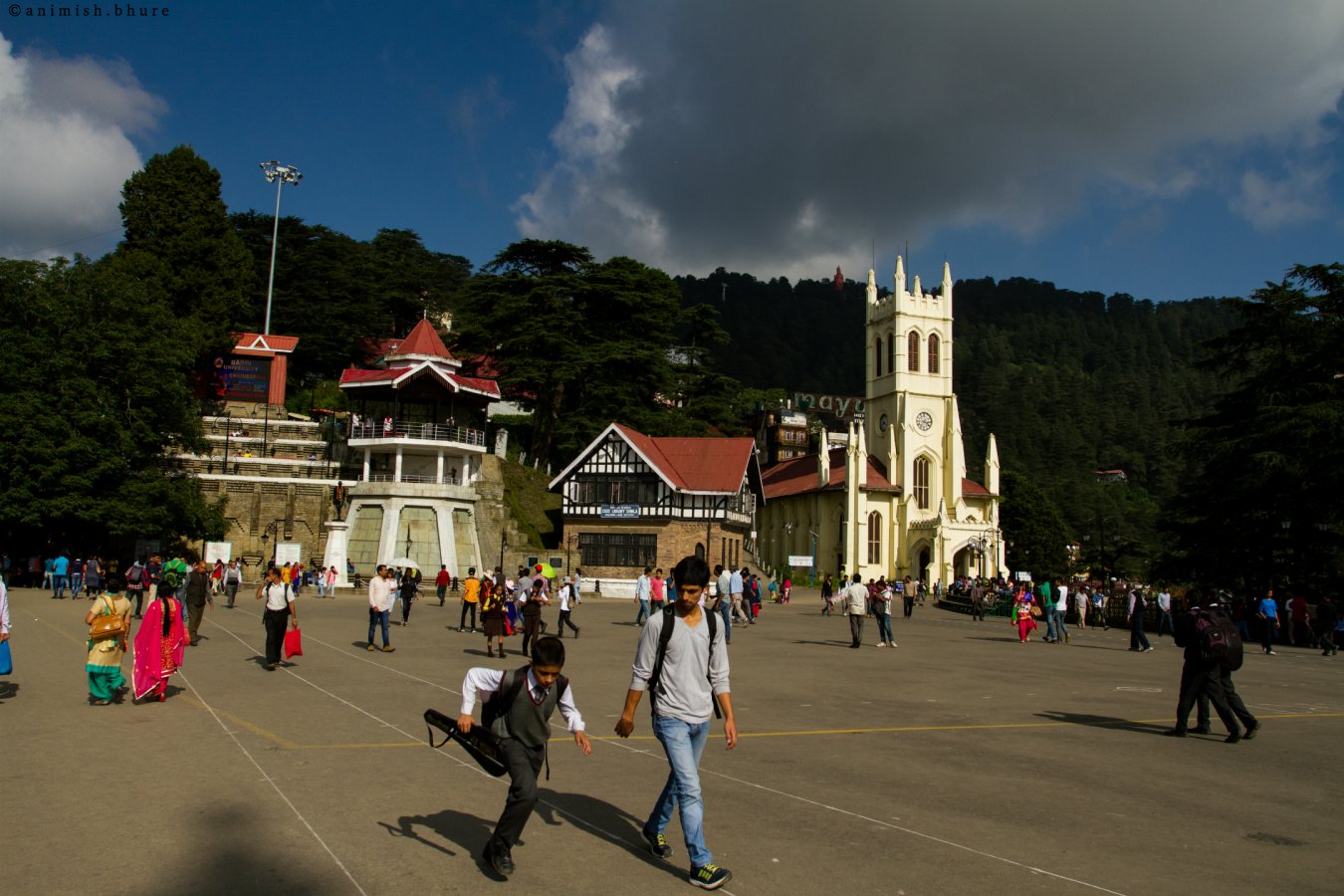 Beautiful, the pictures are speaking for themselves. Truly enjoyed the updates of Kalpa and Sarahan.
Cheers...

A friend of mine had been to Kinnaur last month and I saw some pics, and since then it is on my wish list; wonder whether I shall be able to go. So thank you very much Animish for the beautiful pics and report and Kinnaur is calling- the wonderful clouds and the peaks and all.....
You must log in or register to reply here.
Share:
Facebook Twitter Reddit Pinterest WhatsApp Email
Top