Excellent clicks with different viewing angle. There is one particular things I feel was not right , there has been as sign in the temple stating "Main Deity Photography is prohibited" but you have clicked a photo of main deity. I Personally believe that We should respect the rules of the temple management.

Belur and Halebeedu are hidden gems of middle ages. And Hampi is simply awesome.

QUOTE="@Gujjubhais_Log, post: 1360844, member: 62492"]
Excellent clicks with different viewing angle. There is one particular things I feel was not right , there has been as sign in the temple stating "Main Deity Photography is prohibited" but you have clicked a photo of main deity. I Personally believe that We should respect the rules of the temple management.
[/QUOTE]
sorry i missed that board.

more snaps from the temple. 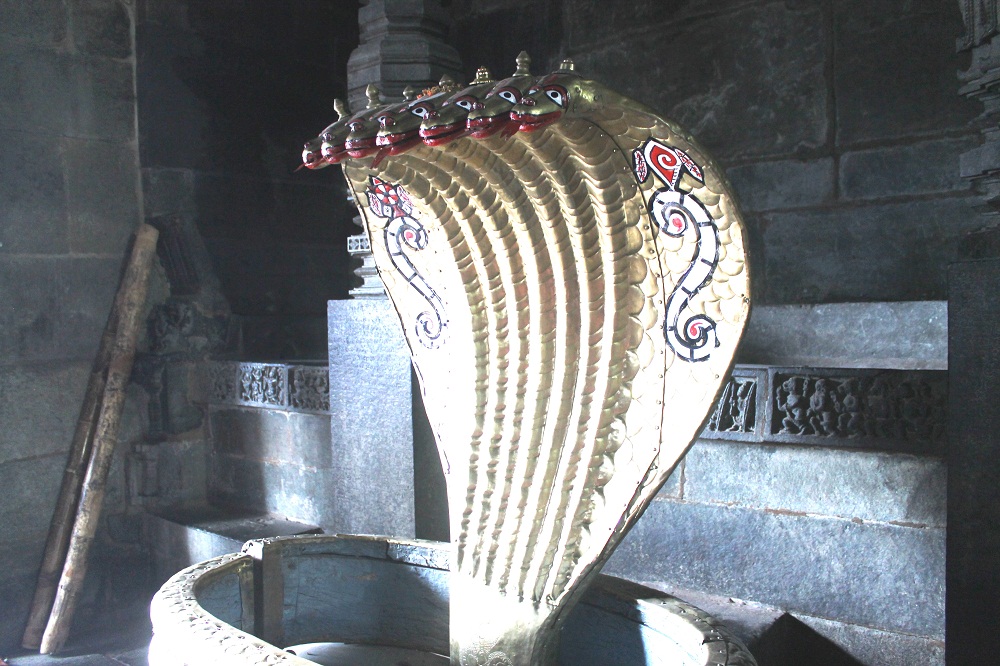 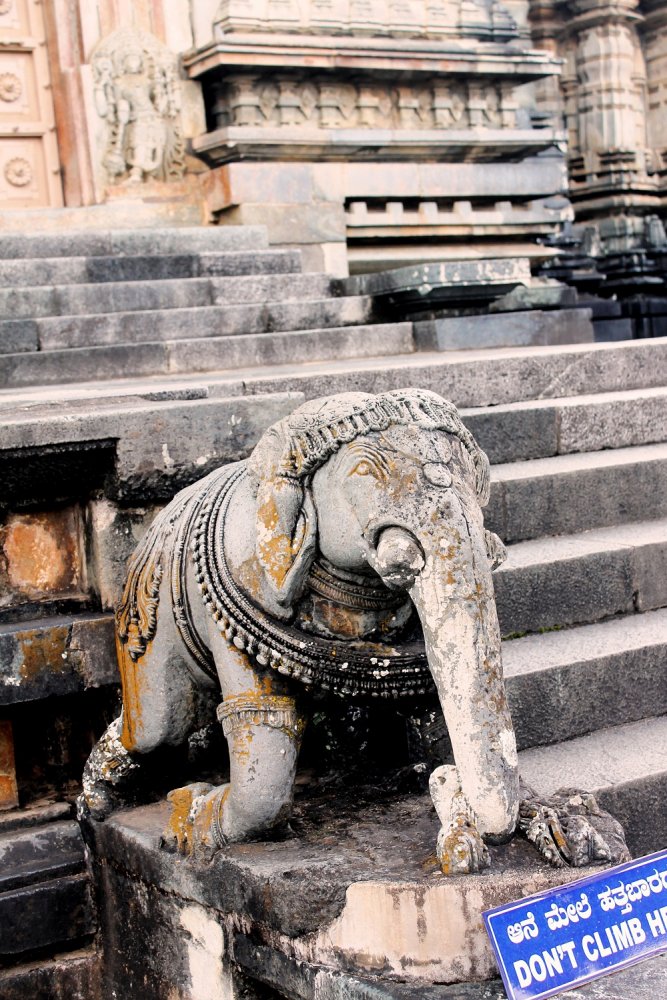 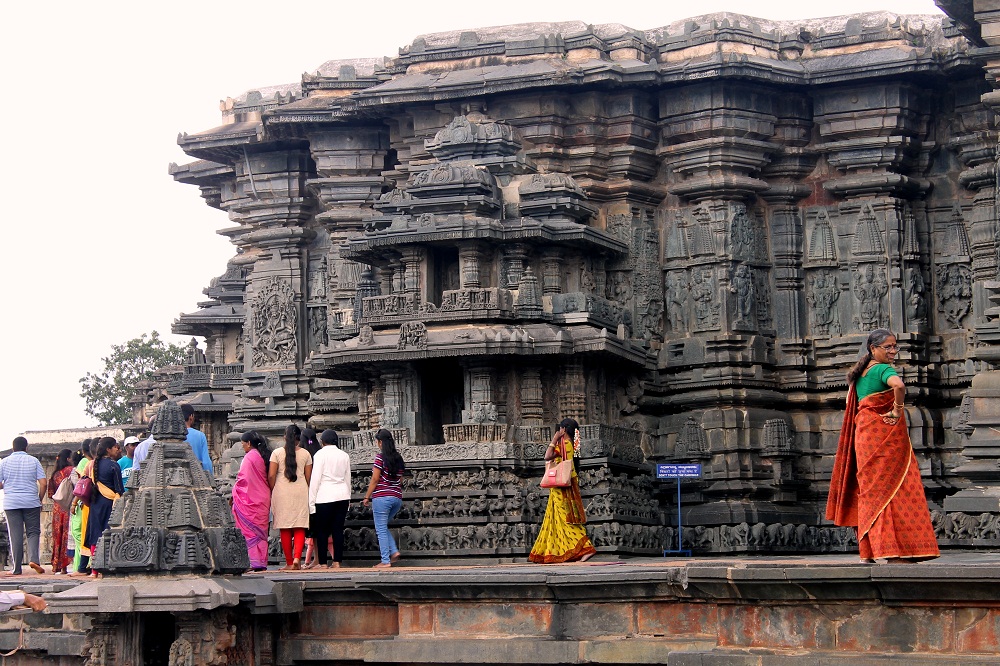 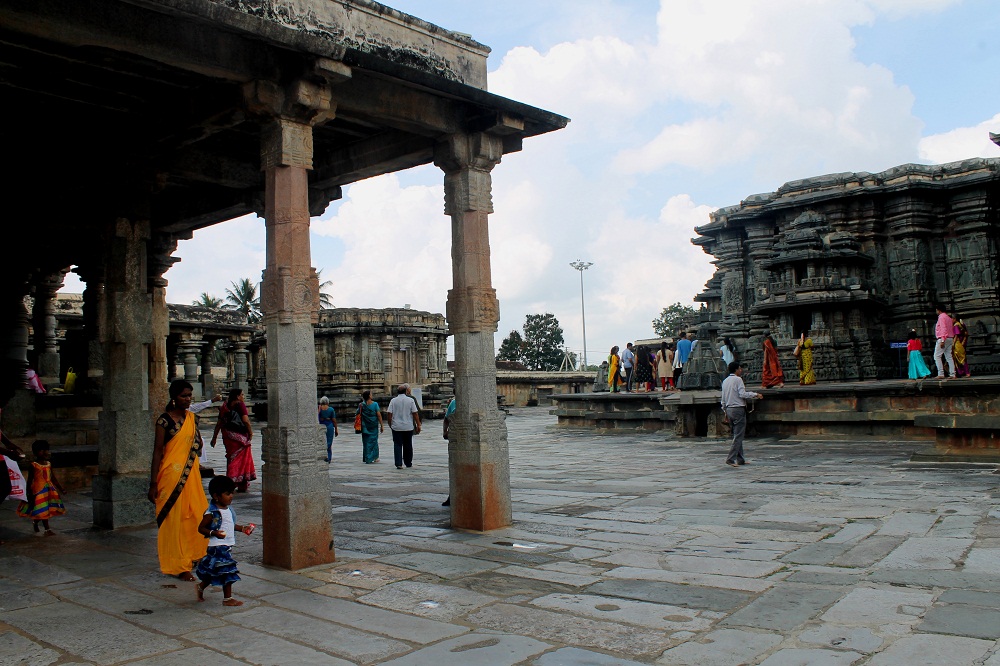 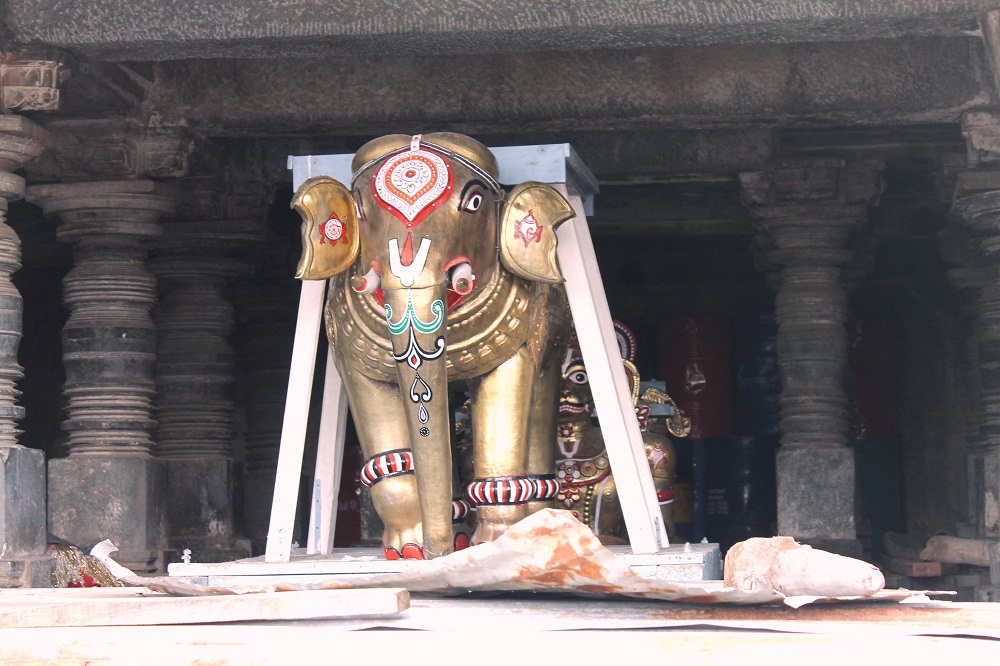 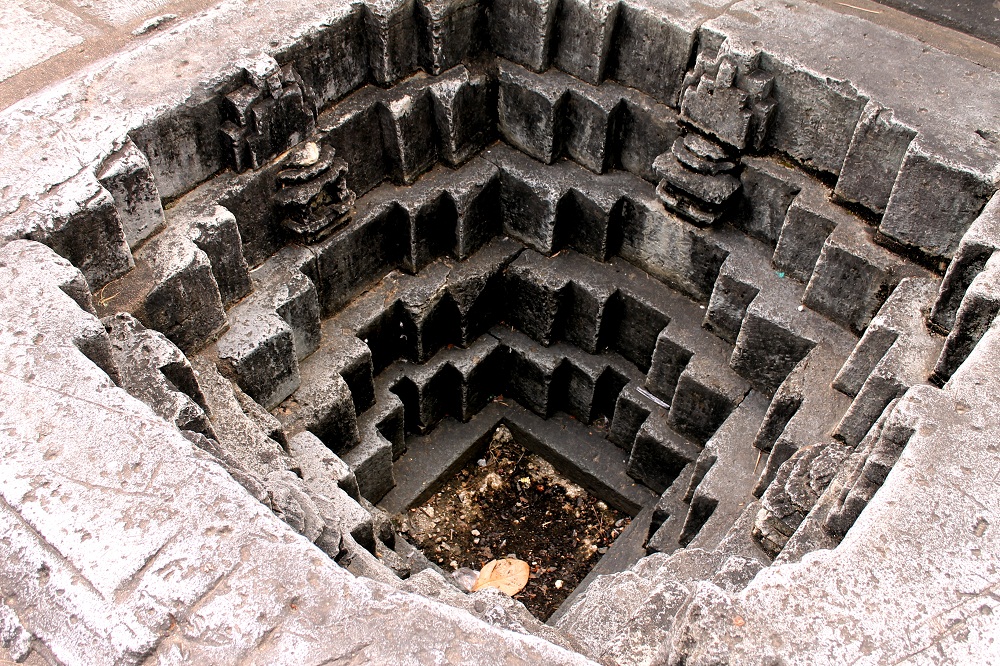 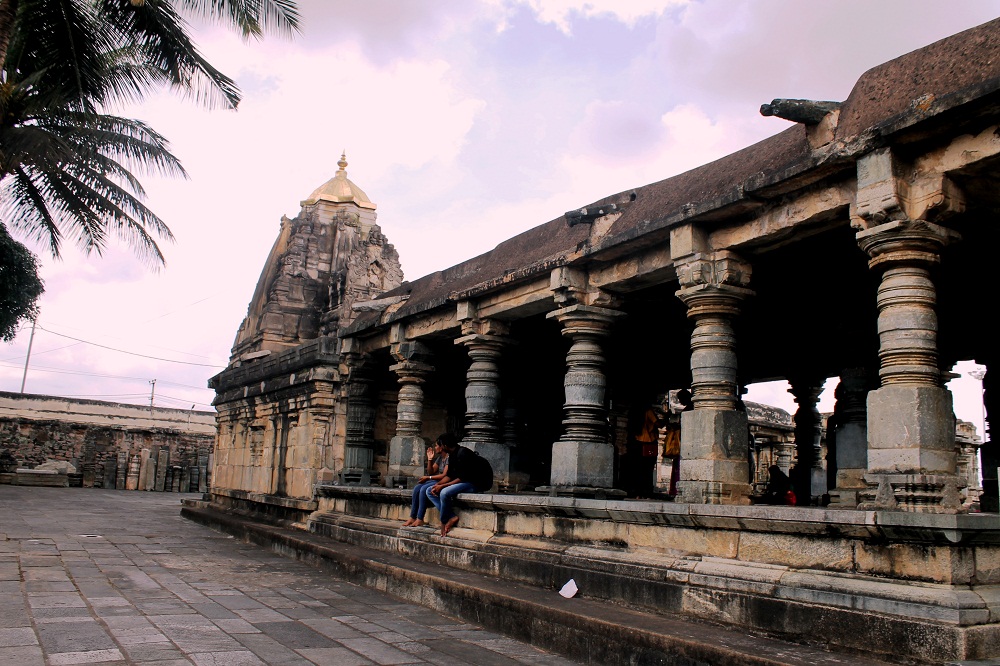 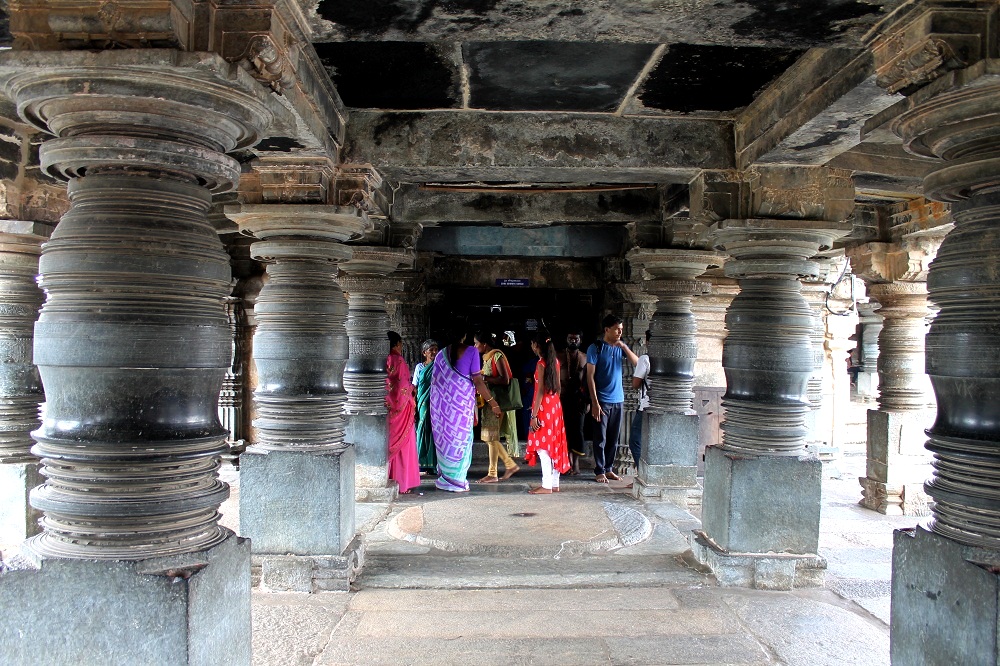 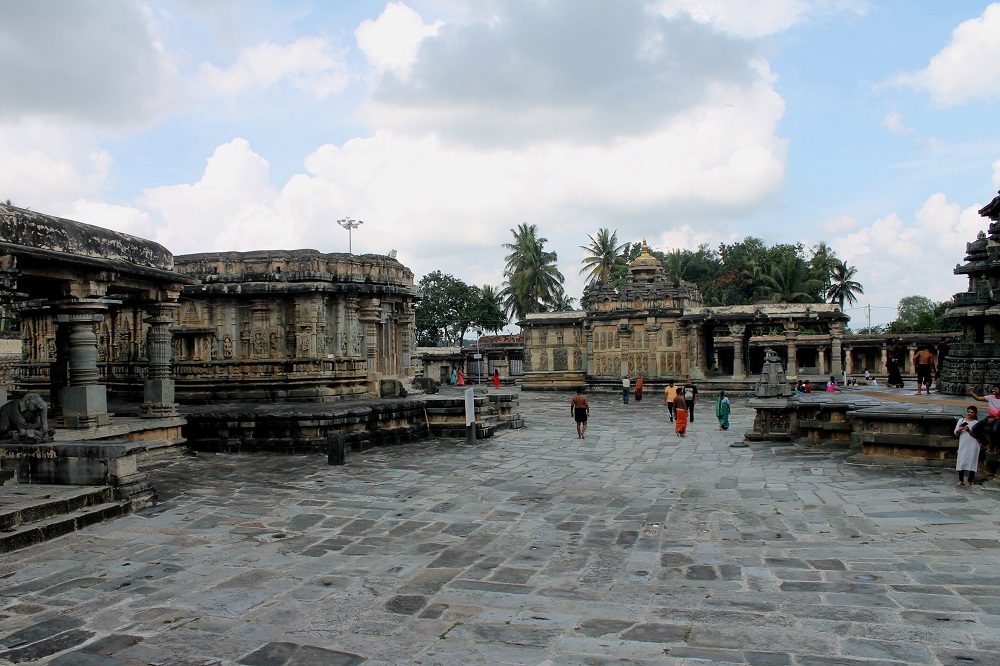 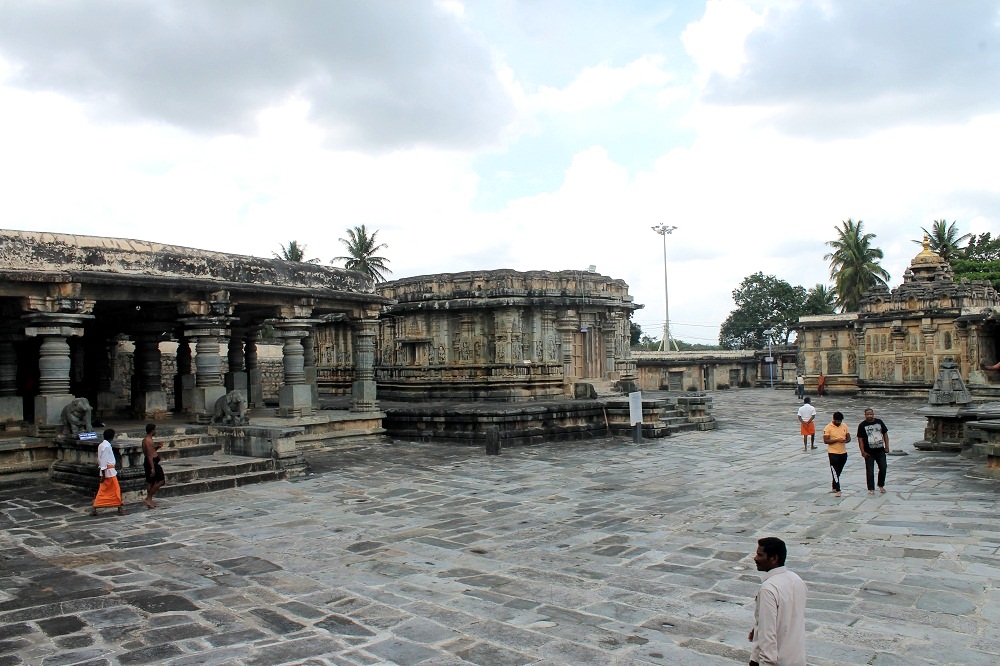 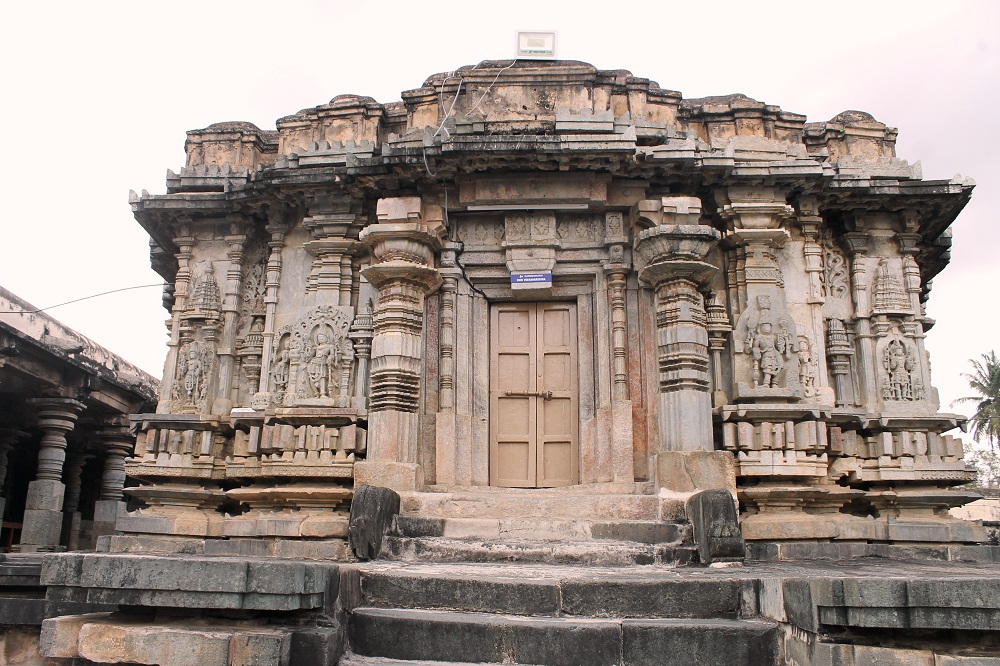 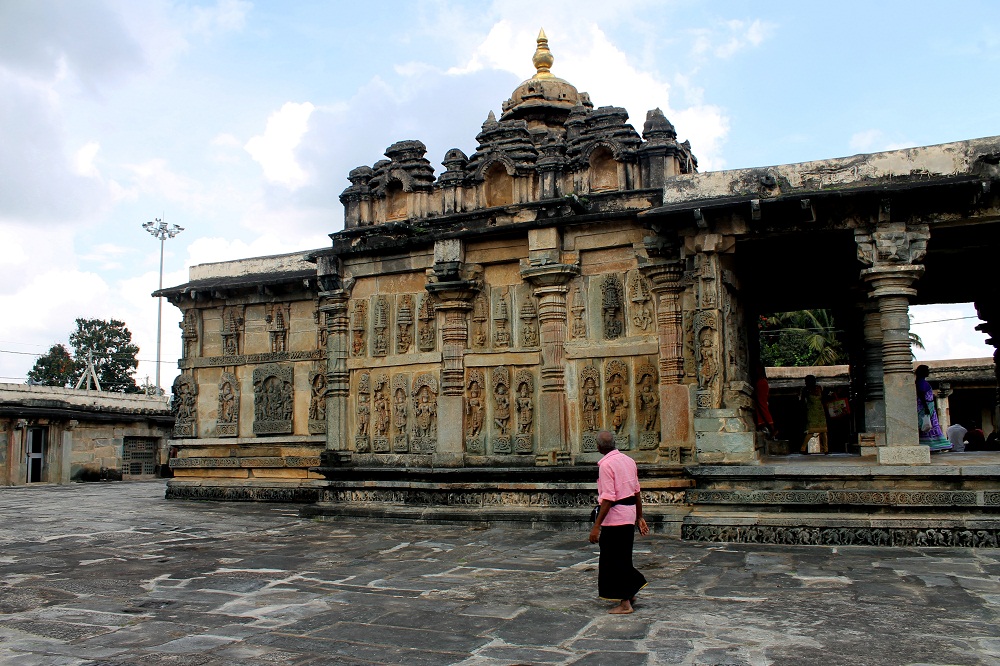 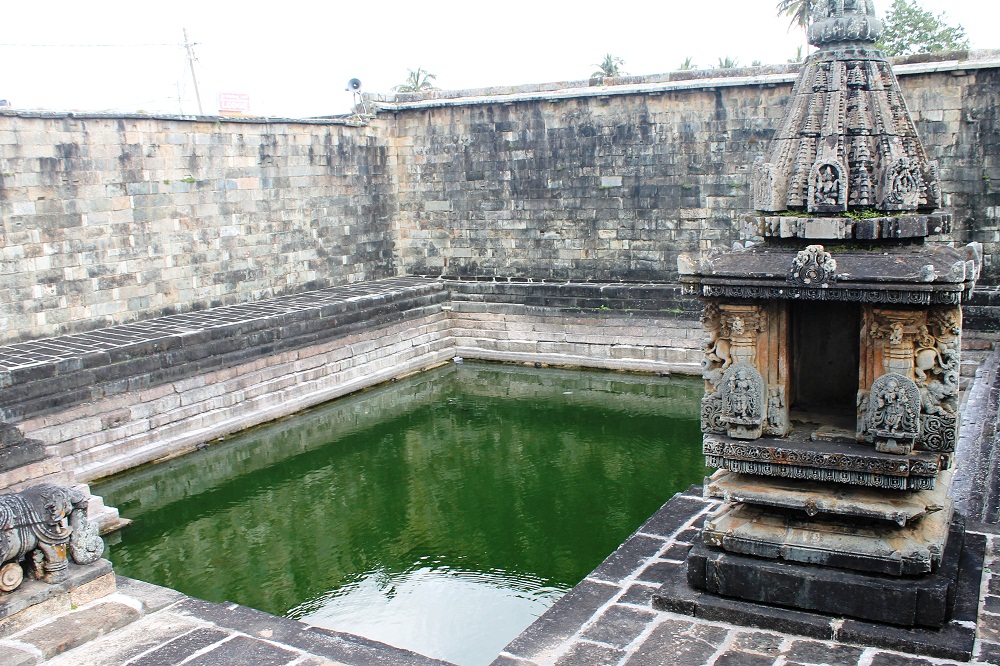 next we went to see the Yagachi dam. there was facilities for boating in the river but we decided to let it go.
Yagachi River - Wikipedia 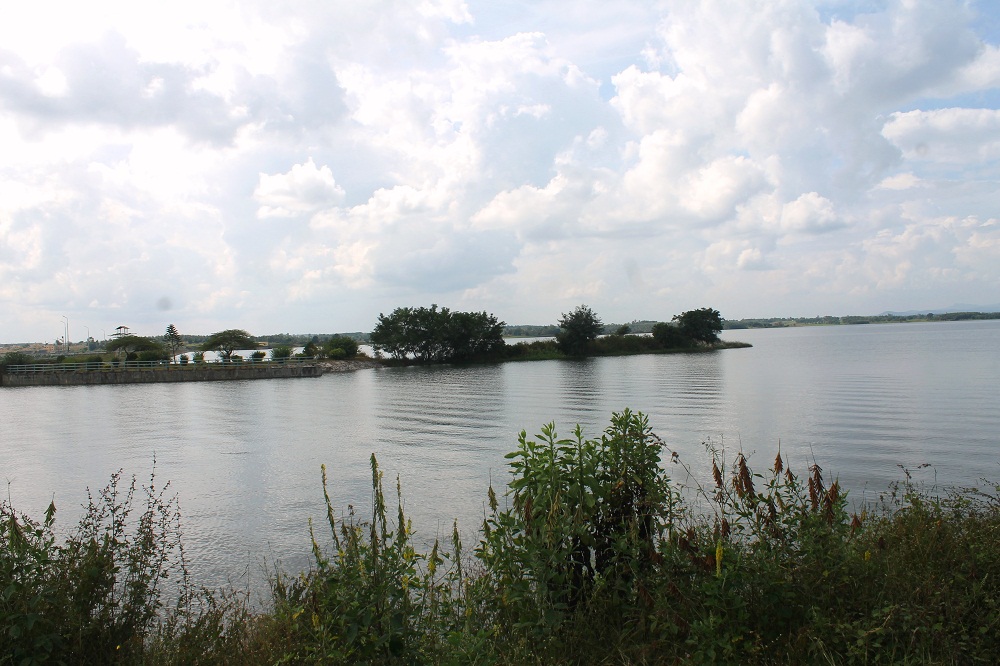 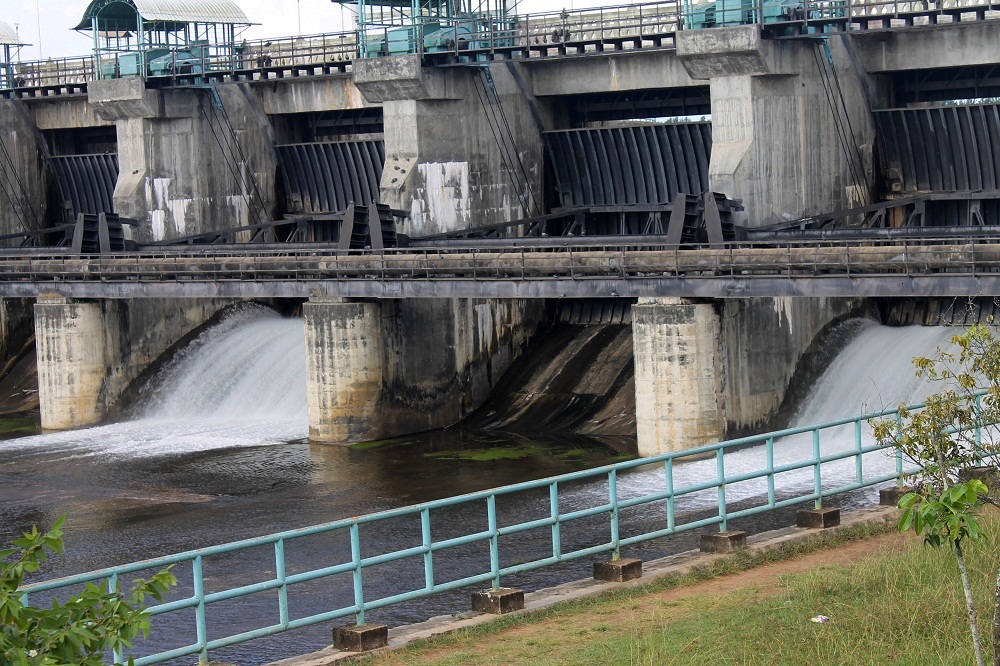 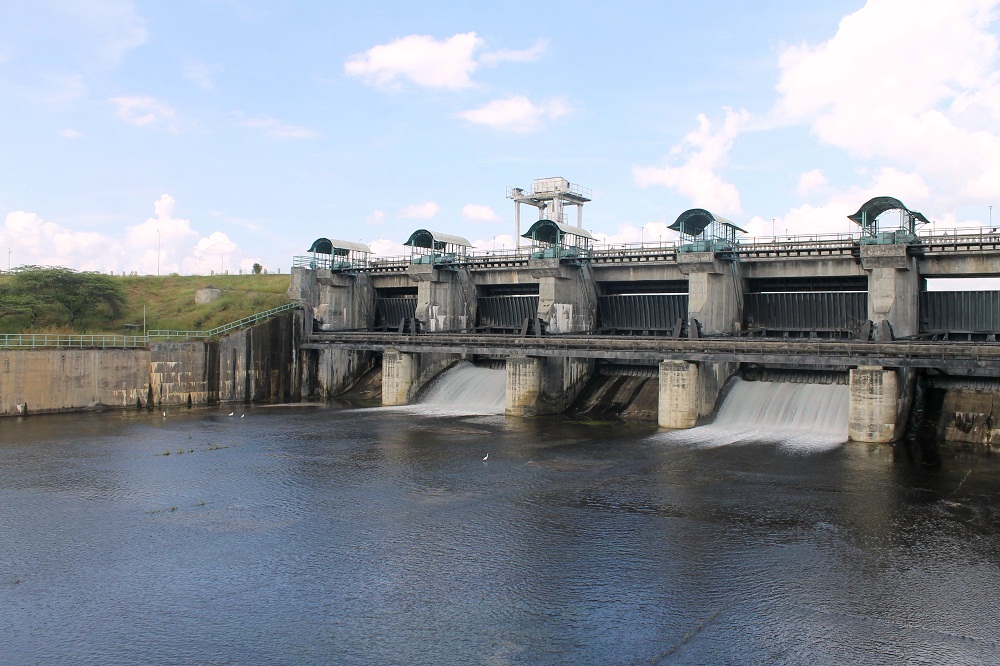 then we set off for Hampi. As we were running short of time we decided to skip Halebeedu. Reached Hospet by 8pm. took room and crashed by 11 m after a few rounds and food. got up by 6 am had breakfast and hit the road by 8.30 am. reached Hampi town in half an hour . We were intercepted by a group of guides and offered their services. the official registered guides were quoting a price of 2500m INR per day and wouldn't come down. but we bargained with an unofficial one and secured his services for 120tH0 INR per day. and he guided us to the first site.
HAMPI was the capital of the VIJAYANAGARA empire. Chronicles by persian & European travelers of that era describes HAMPI as a beautiful, prosperous & wealthy city. It was stated to be the second largest city in the world at that time behind only to Beijing and probably Indias richest city at that time attracting traders from Persia & Portugal. Hampi was pillaged and destroyed by the Sultanate army in 1565 after the routing of the Viayanagara army in the battle of Talikote . The remains of the city is spread over 16 square kms. Its a UNESCO designated world heritage site. In its zenith the viayanagara empire extended from present day Orissa, Karnataka Andhrapradesh, Tamilnadu &Kerala.

the first site we visited was the Badavi linga temple. It houses a large monolithic siva linga. It stands in a pool of water and there is an opening in the roof of the temple through which water is poured over the sivaling. the water is said to be brought from the river via channels and is said to never dry up. Three eyes are carved on to the sivaling depicting all the three eyes of lord siva. The whole temple is said to be the depiction of Ganga devi"s descend in to the locks of lord siva as per the mythology.( when Ganga devi ( river Ganga ) was asked to descend to the earth to quench the water scarcity lord siva had to consent to catch her in his hair locks to prevent the destruction of earth and for 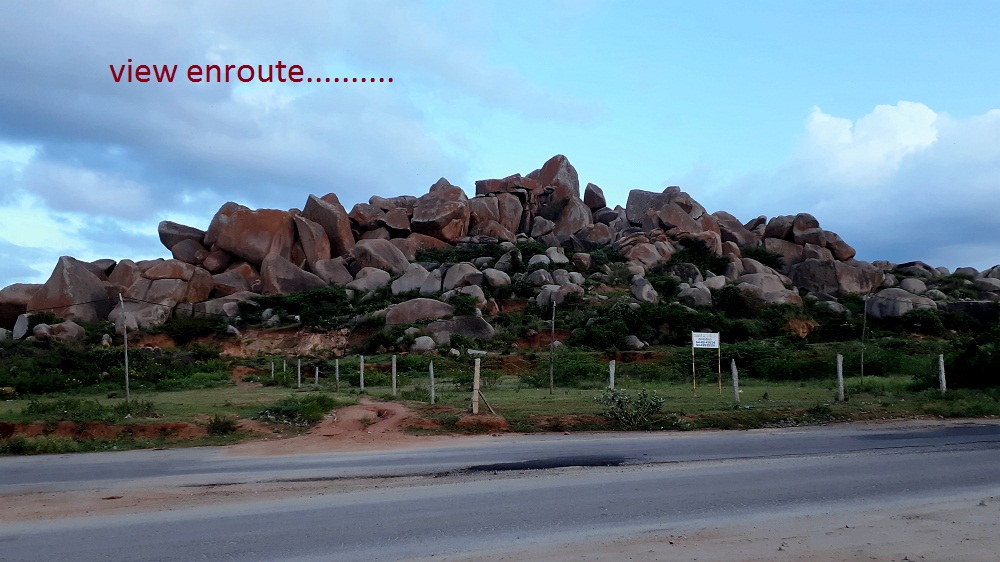 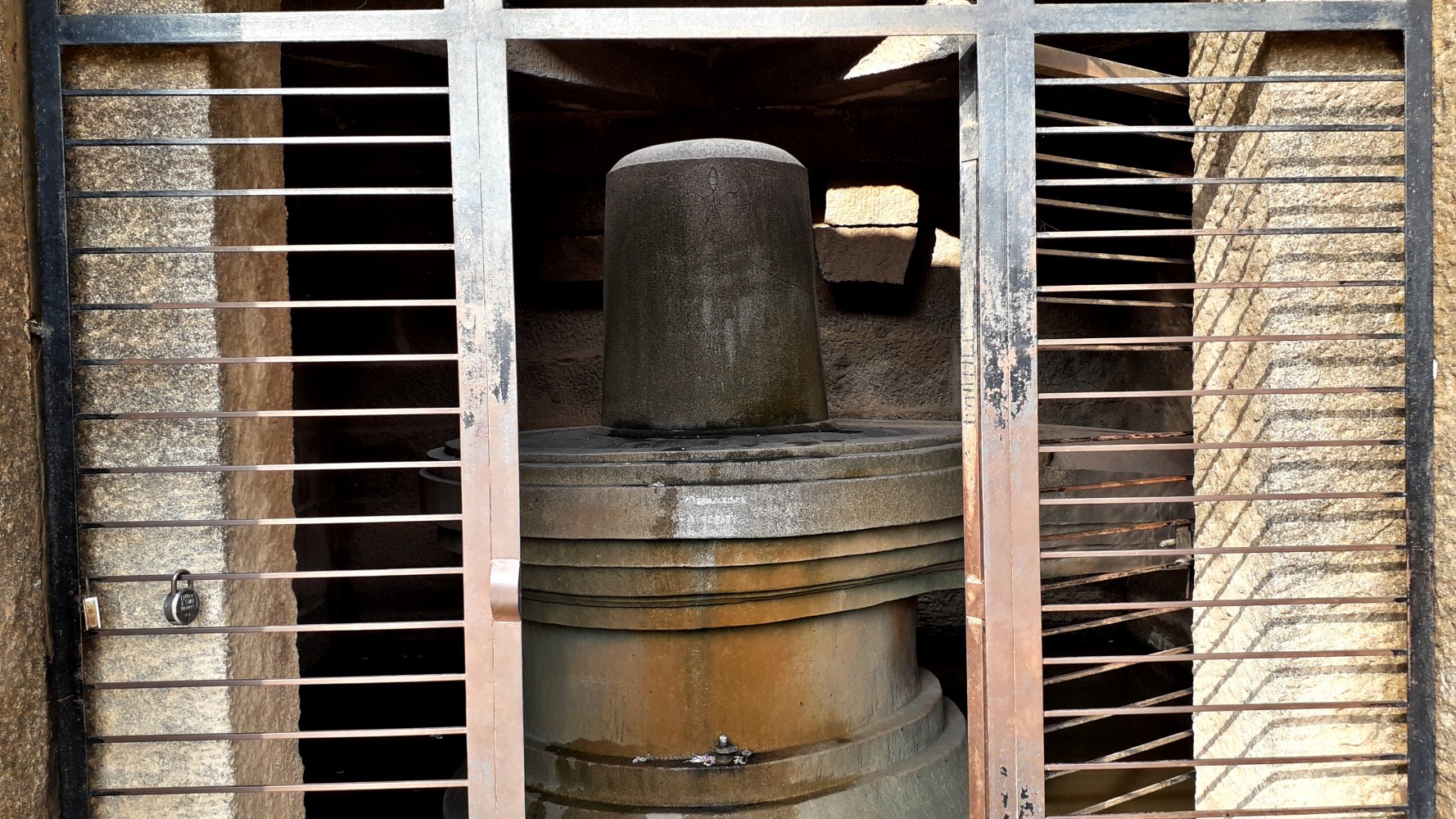 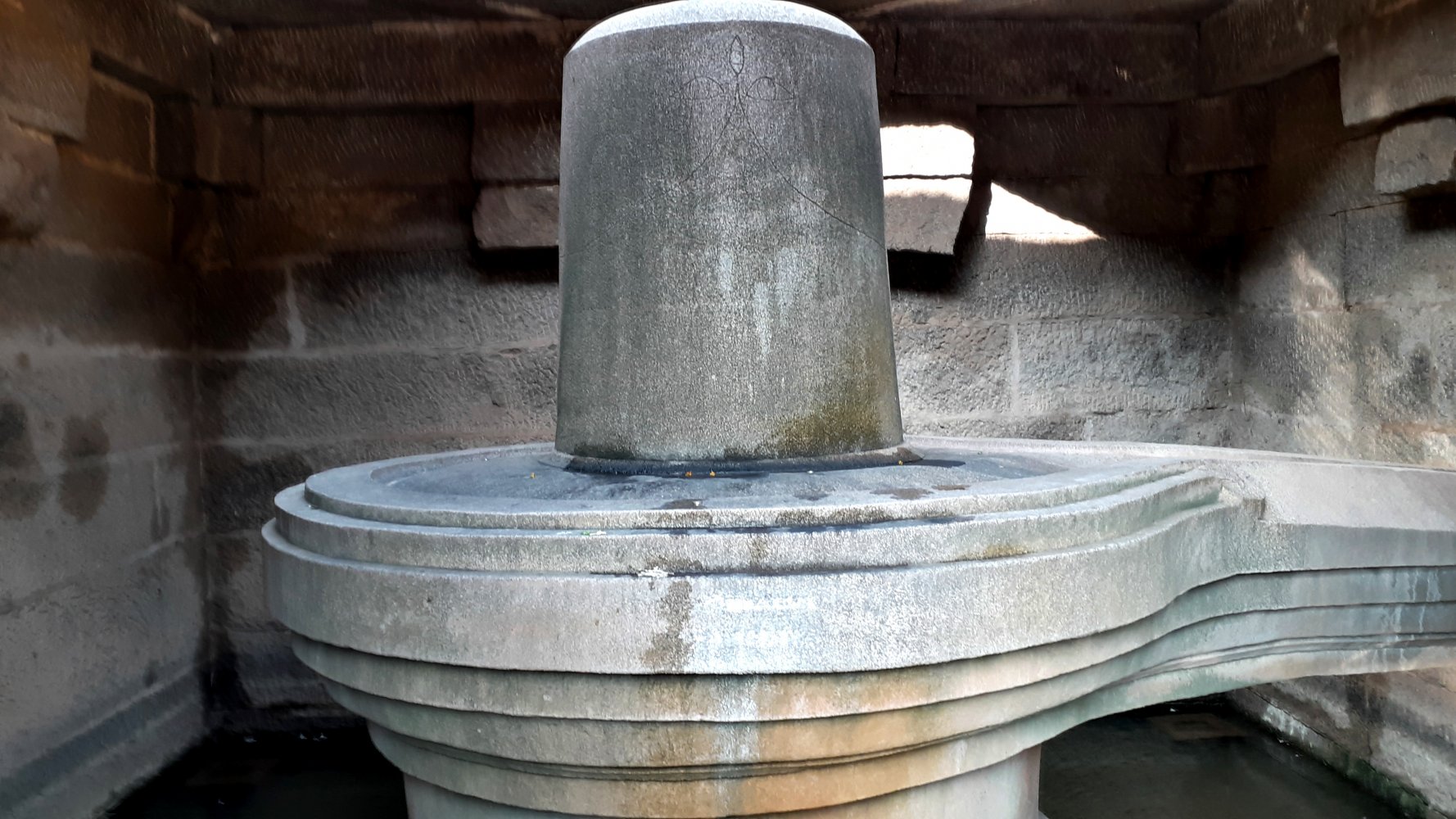 a smooth flowing river Ganges )
The temple is believed to be built by a poor lady. Badavi meaning poor in the local dialect. 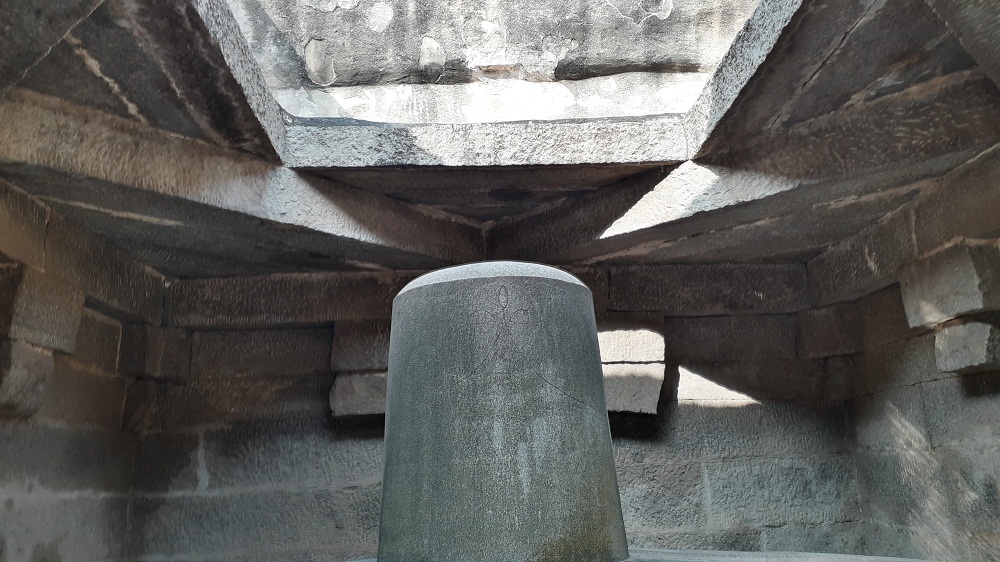 Next was the Ugra Narasimha temple.
An architectural masterpiece, the Lakshmi Narasimha statue is 6.7 meters in height and has been rafted with amazing details. It is one of the best works that were done in the Vijayanagara style of architecture.

The statue of Lord Narasimha has a clearly-designed mane and wonderfully-shaped broad chest. A well-designed headgear adorns the statue that is seated in cross-legged position. The statue is seated on the soils of seven-hooded holy snake, Adishesha, who is known to be the King of snakes. The hoods of the snake make a canopy on the head of the Lord. On the hood of the snake, a lion mask has been placed.

The protruding and angry eyes of the statue are its important feature and the statue an imposing aura. This huge statue has been carved from one single boulder of granite stone and a wonderful piece of craftsmanship. the temple was constructed in 1598 during the reign of krishnadevaraya. 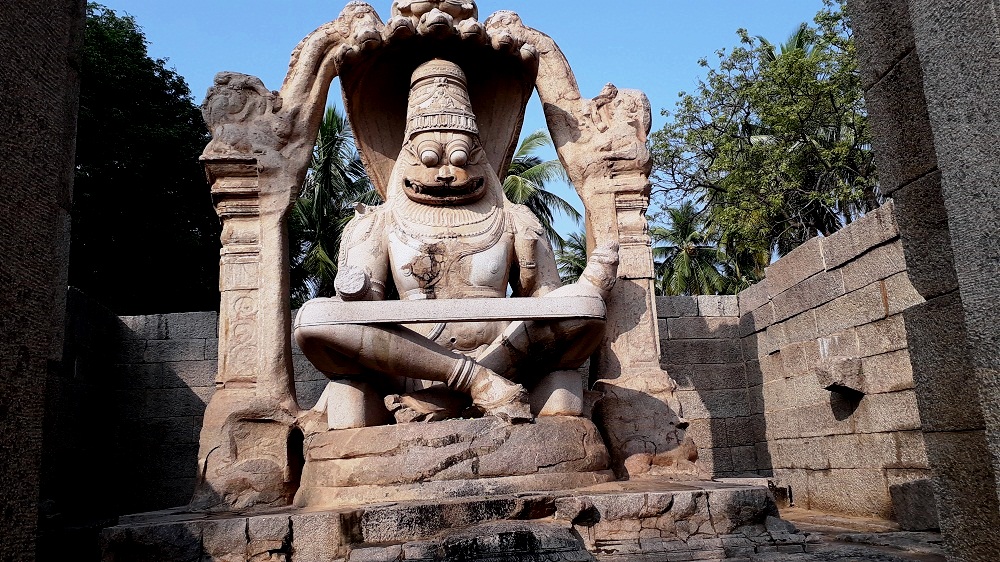 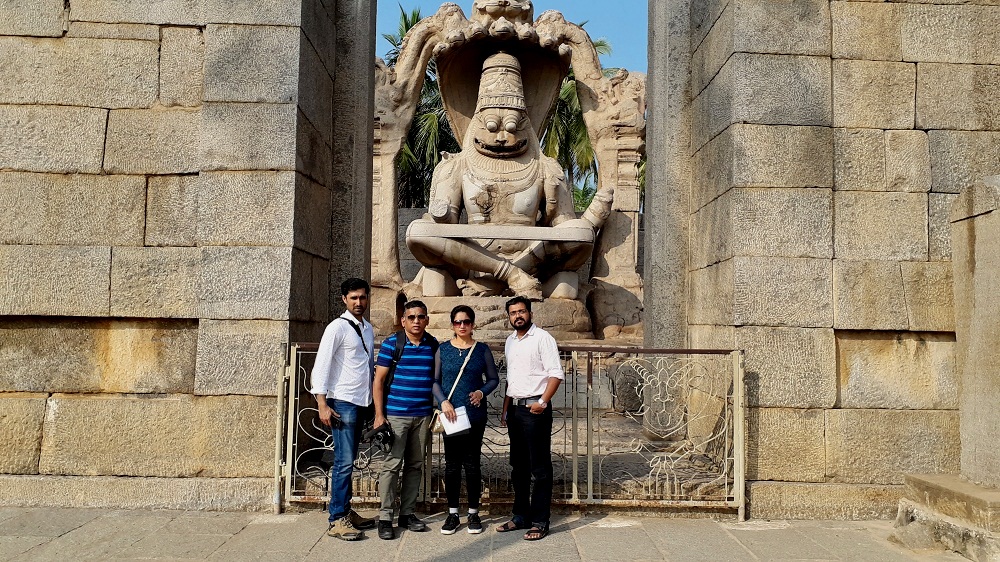 next we went to see the Krishna temple. This temple was built by the king (Krishnadevaraya) in 1513 AD to celebrate the conquest of the eastern kingdom of Udayagiri or Utkala (in the present day Orissa state).
The main idol installed in the temple was the figure of Balakrishna (Lord Krishna as infant). This idol is now displayed in the state museum at Chennai. A huge slab installed inside the courtyard of the temple states the story of this temple and the conquest of Ulkala.
This is one of the must see sites in Hampi. The carvings are especially spectacular with the Yalis (the mythical lion) on the pillars and the entrances to the temple hall flanged with impressive carvings of elephant balustrades.
Many small shrines and pillared halls adorn the campus. The temple kitchen is located at the south east of the main shrine.
The main tower at the east is an impressive sight with numerous carvings on it (now the tower is under restoration work). You can see the carvings of the 10 incarnations of Lord Vishnu in this temple.
The main temple hall The main road to Hampi passes through the temple campus. You can spot a small pavilion with a rectangular stone container in front of the temple across the road.
This was used to store grains for the ritual purpose in the temple festivals. The position and design of the vessel suggests devotees used to donate food grain as offering at the temple.
The main temple hall Further east outside the temple you can see a long hall like structure. On the right (south) of it are the banana plantations. The left area is mostly a rocky landscape. This was actually the high street (the chariot street) once led to the temple called the Krishna Bazaar.
The long pavilions were shops in the market street. just behind the shops is the temple tank called kalyani. 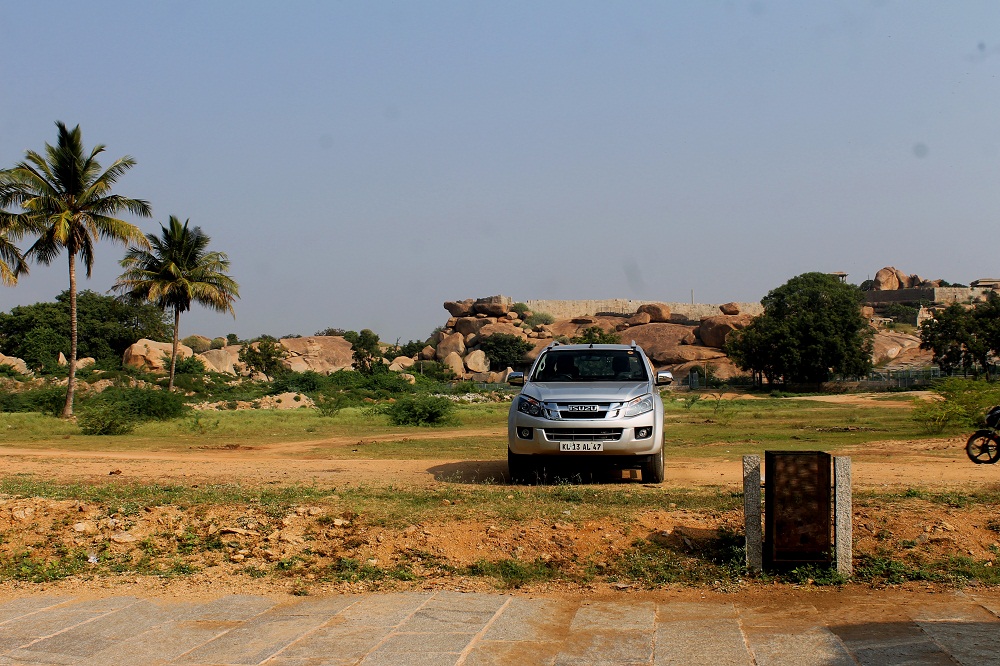 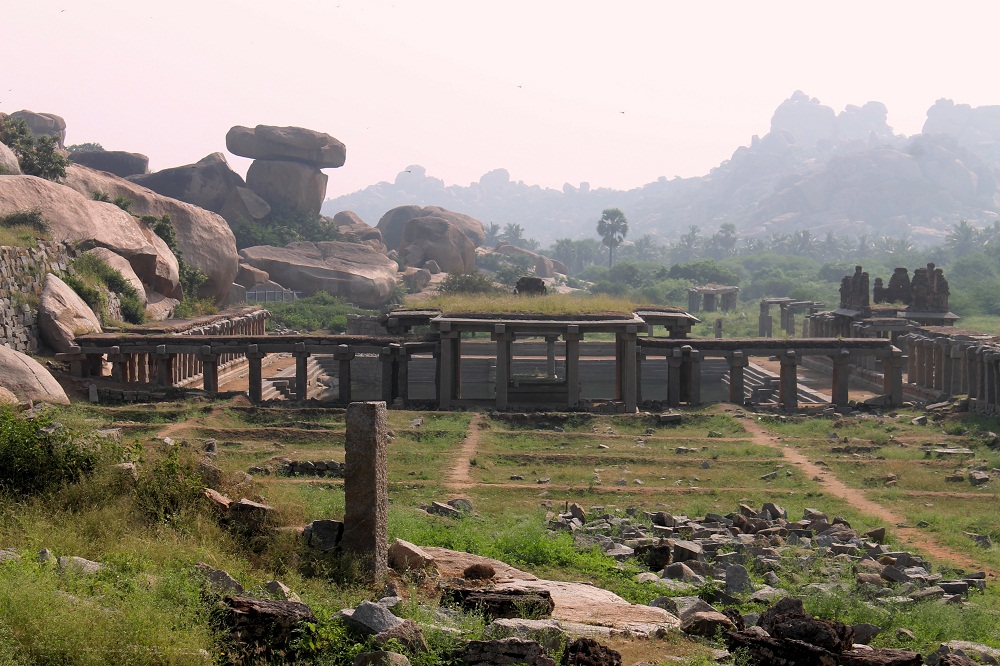 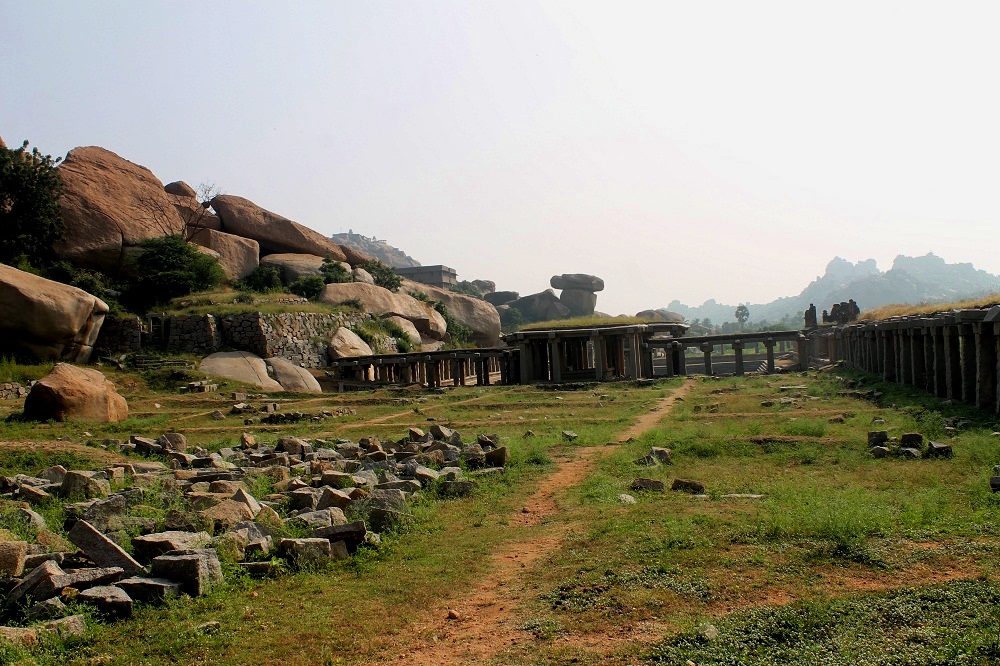 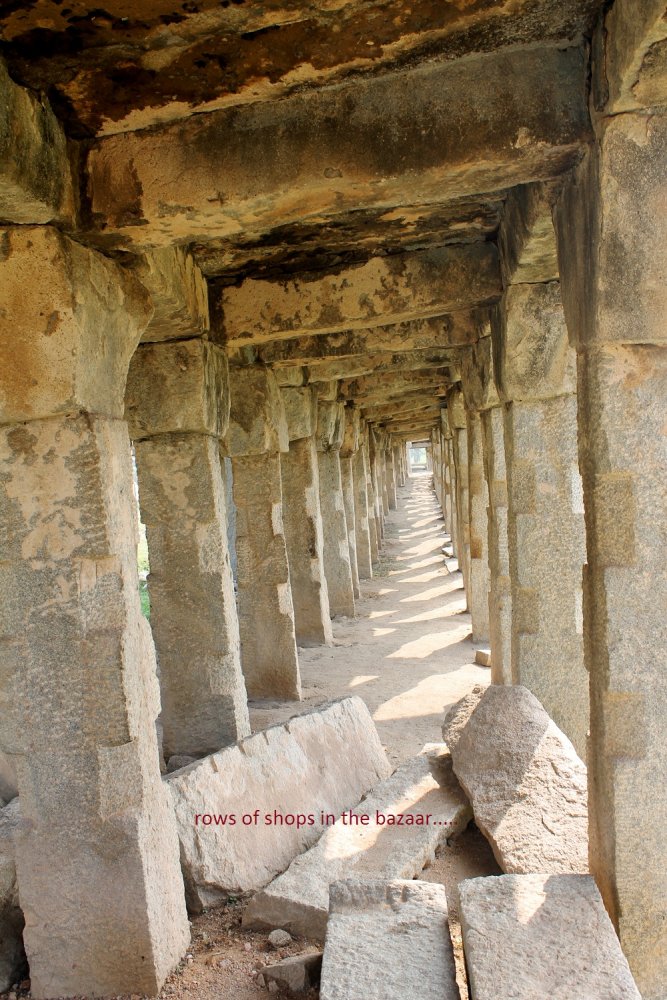 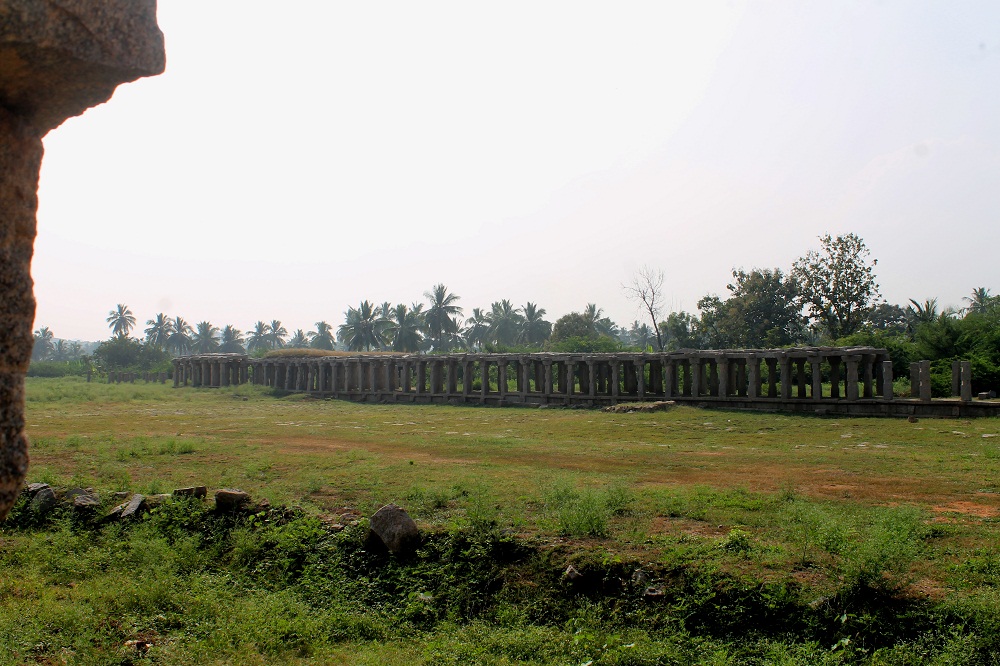 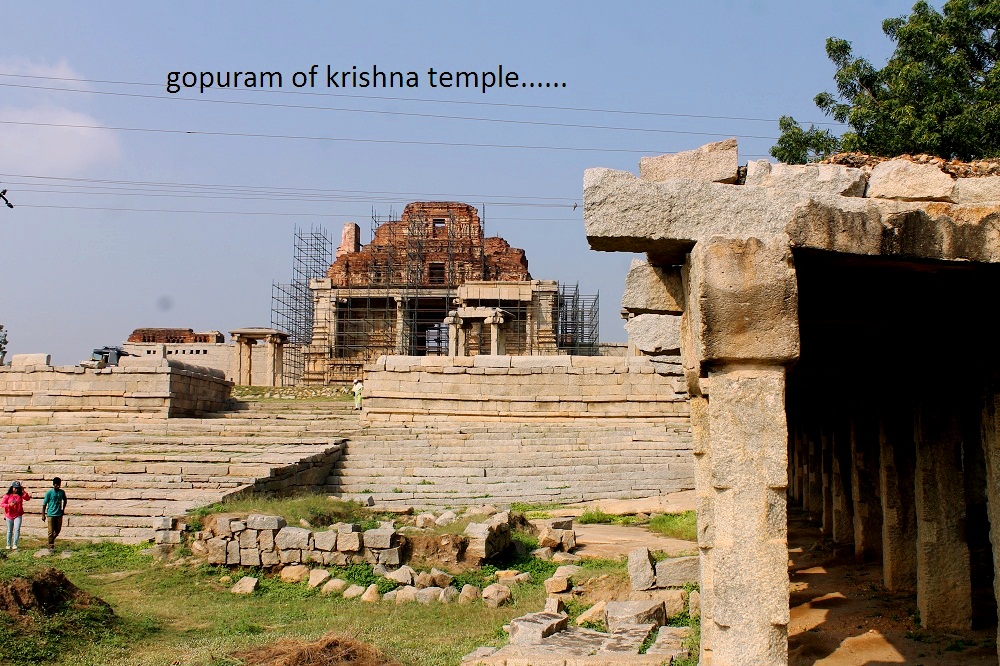