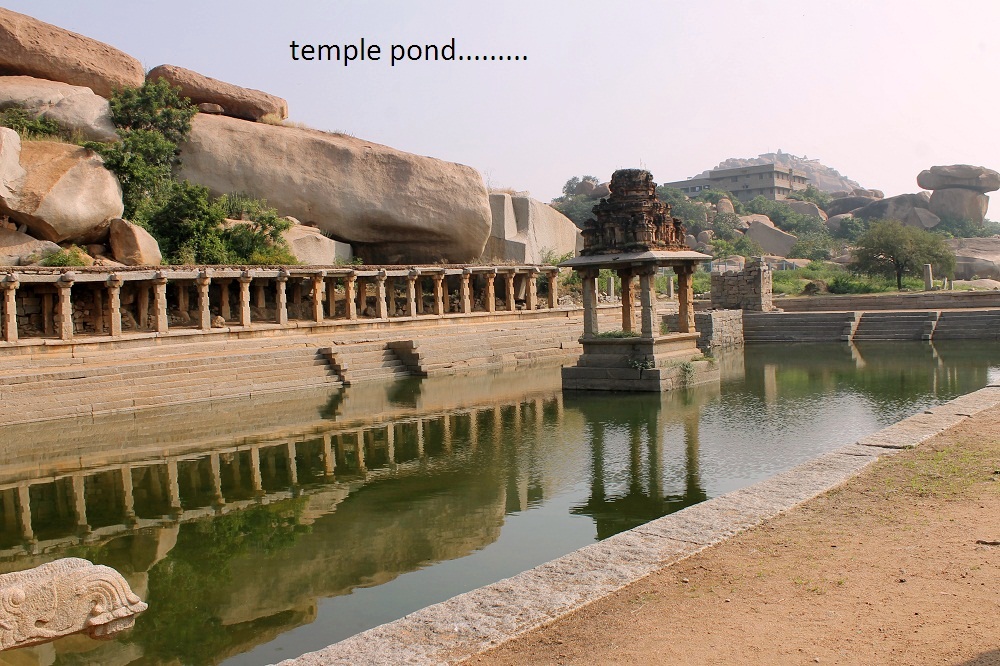 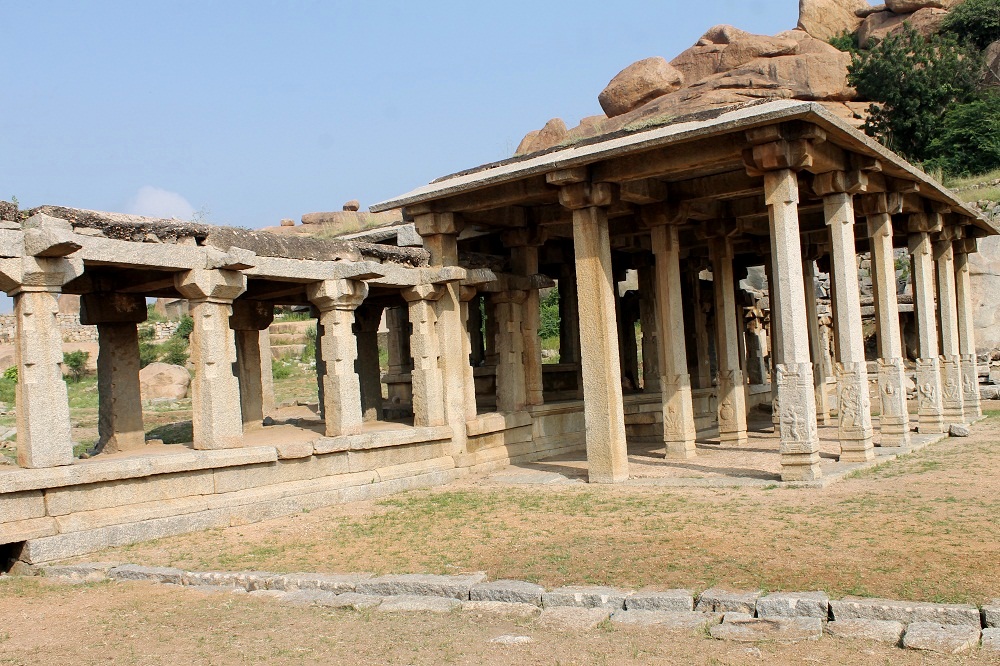 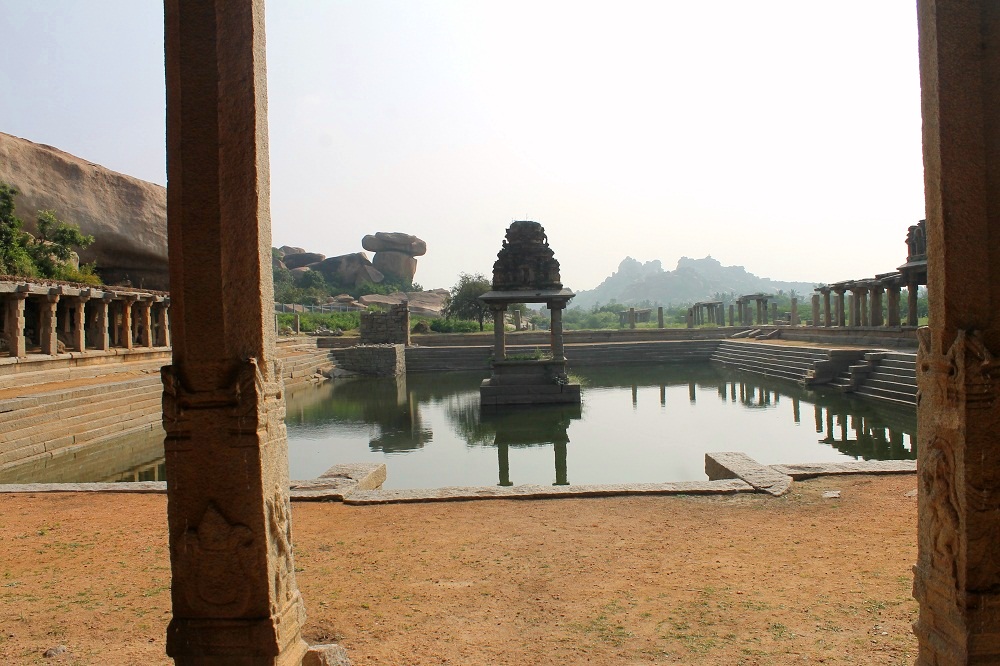 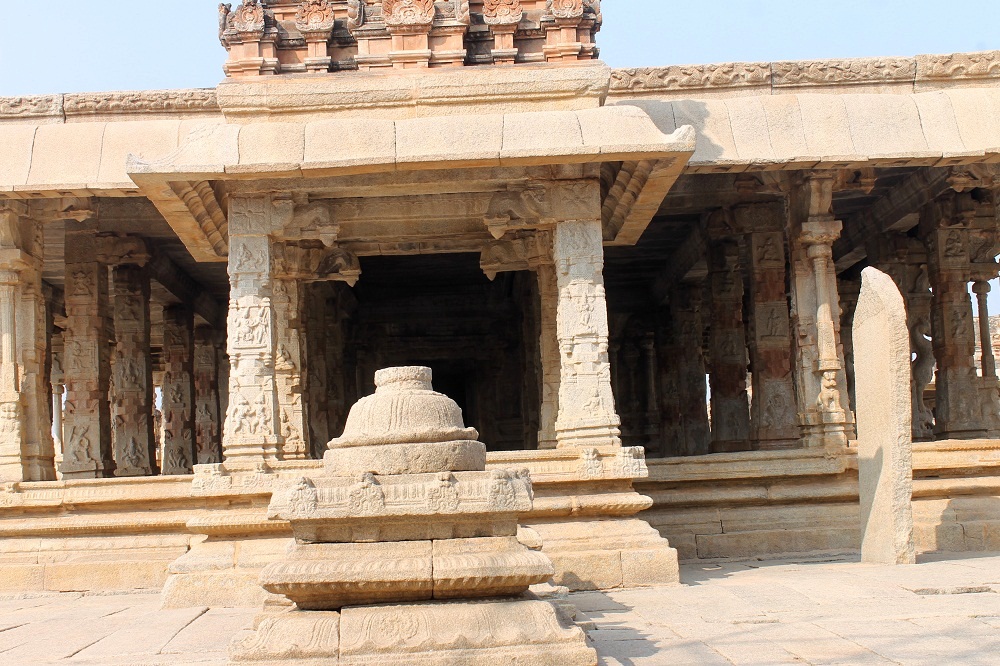 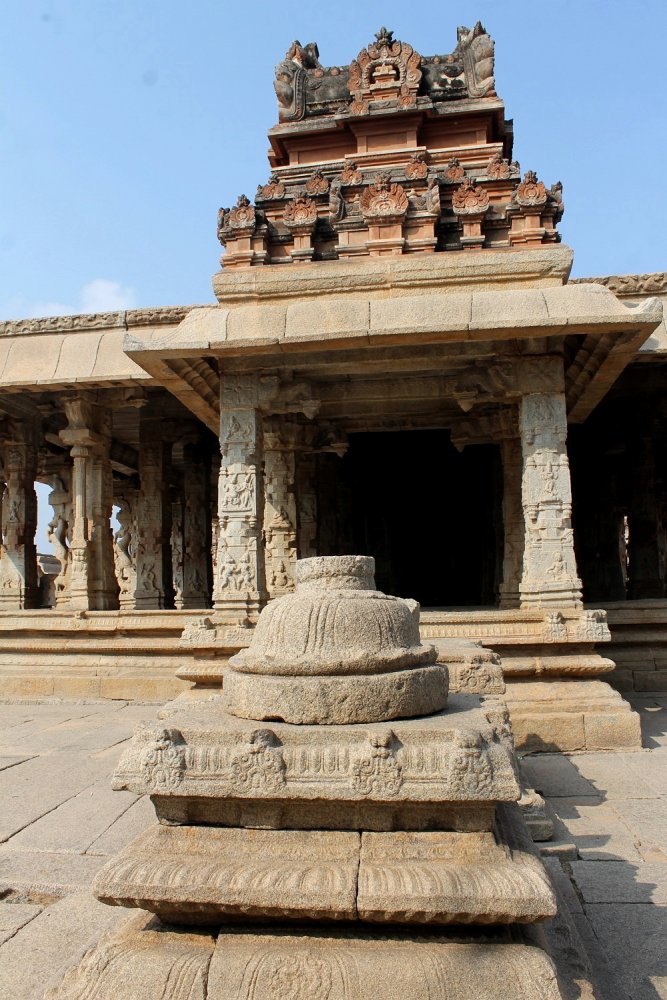 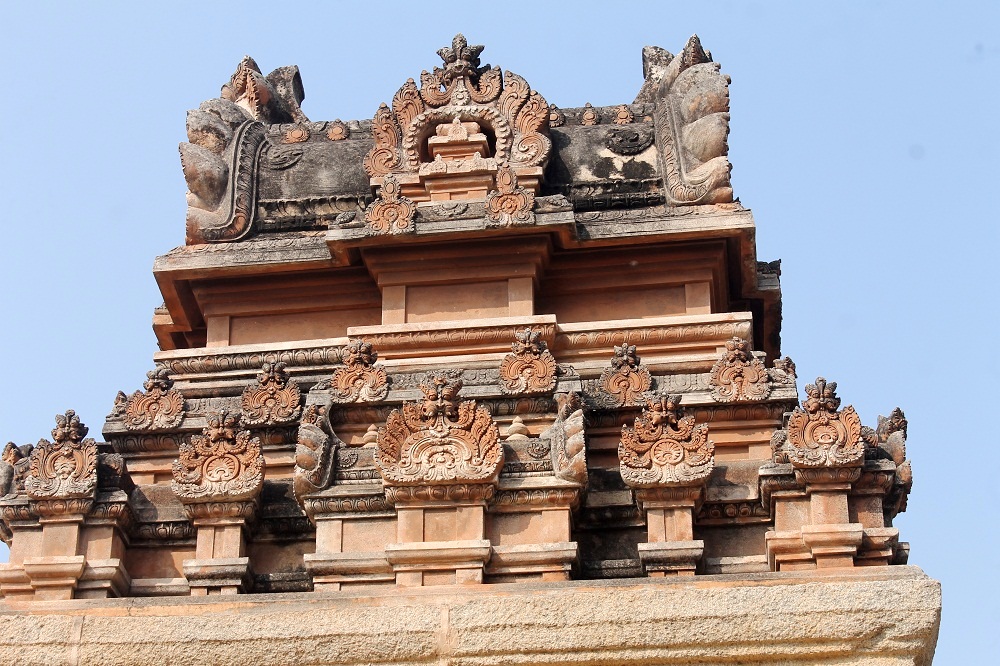 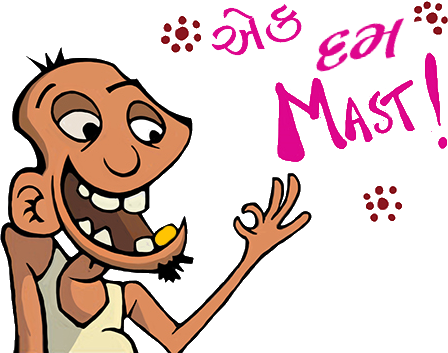 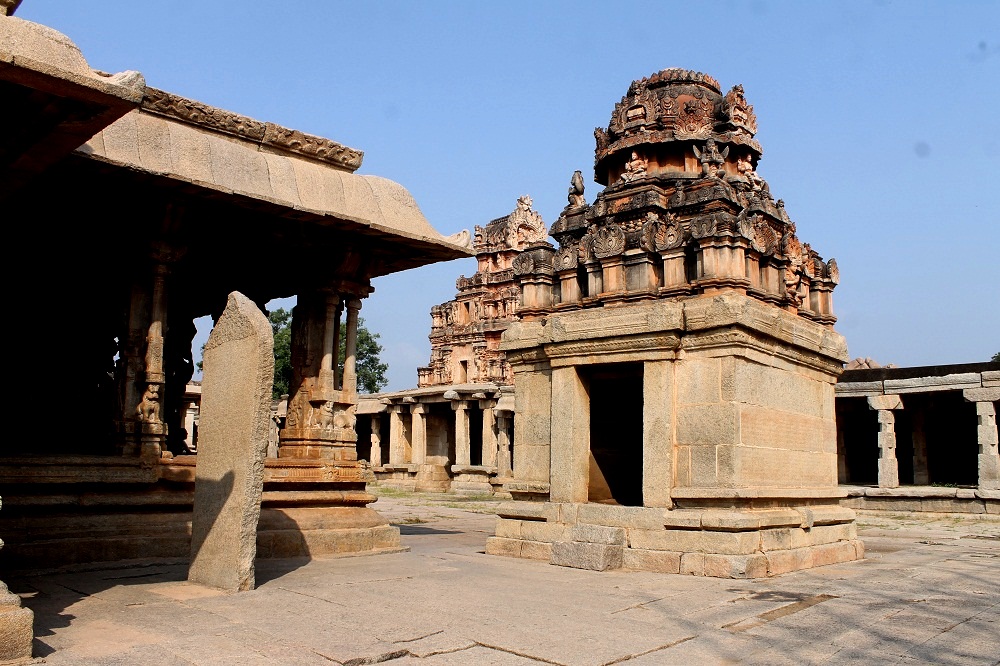 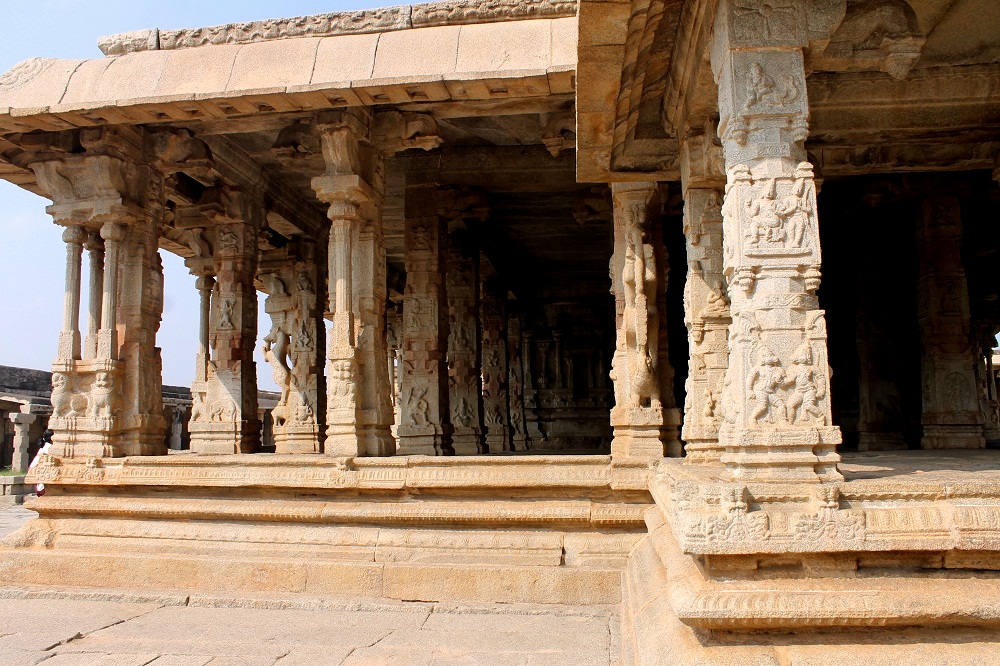 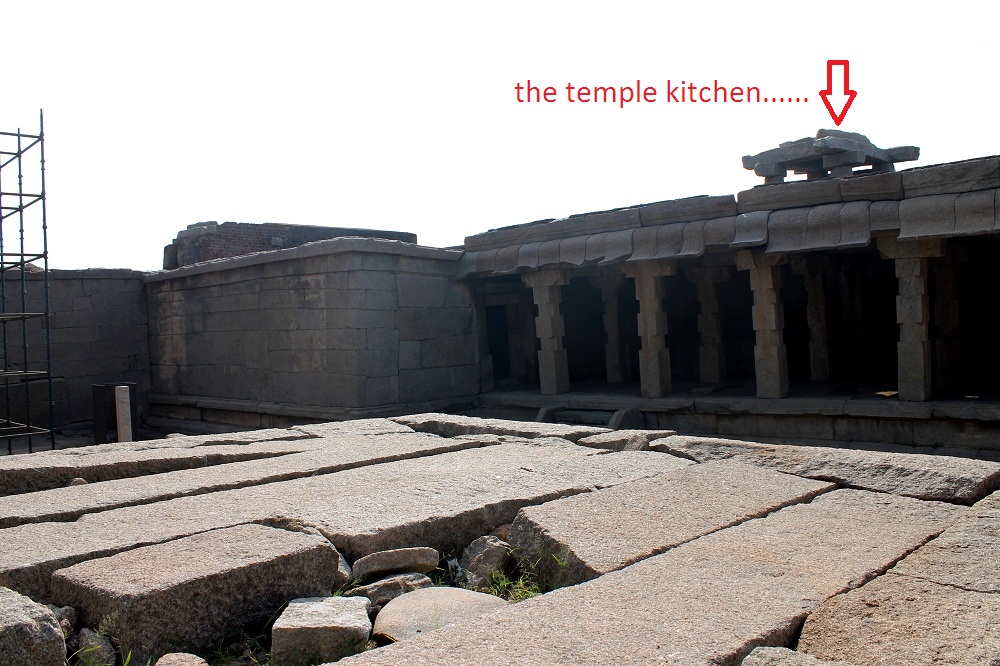 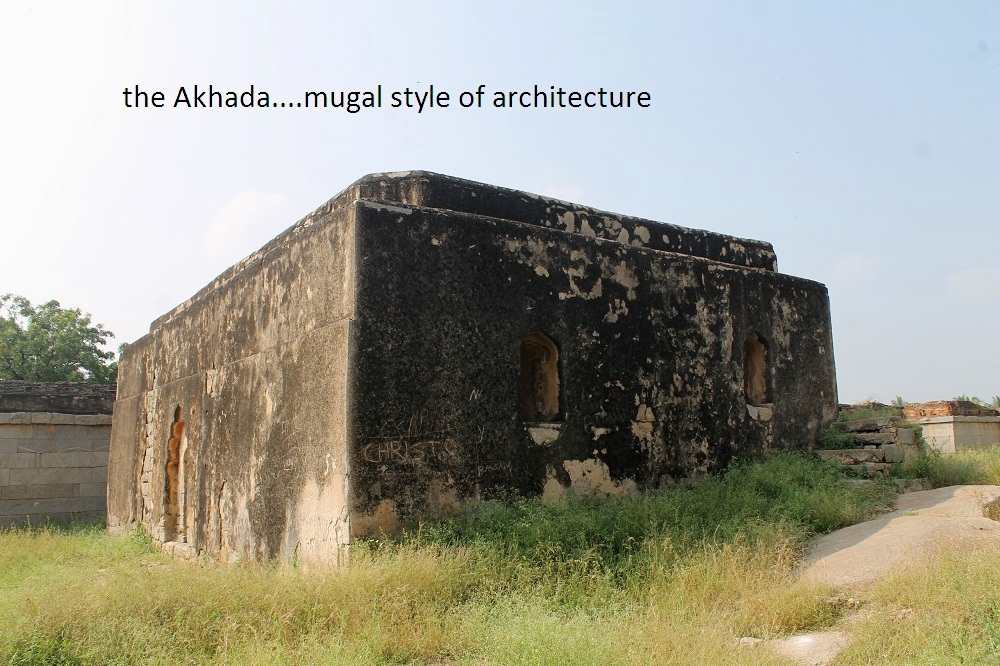 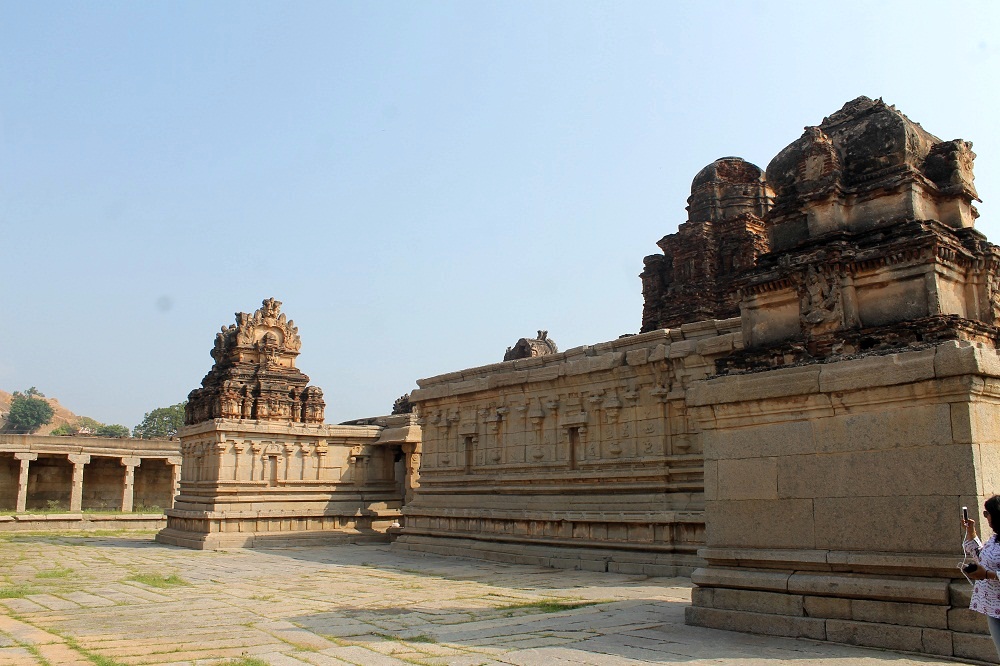 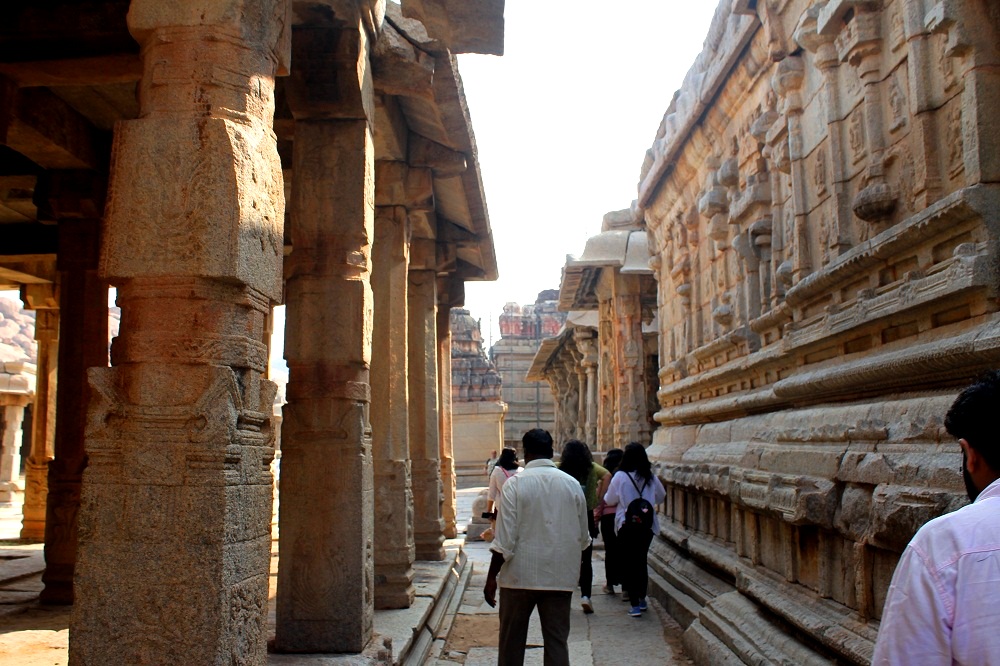 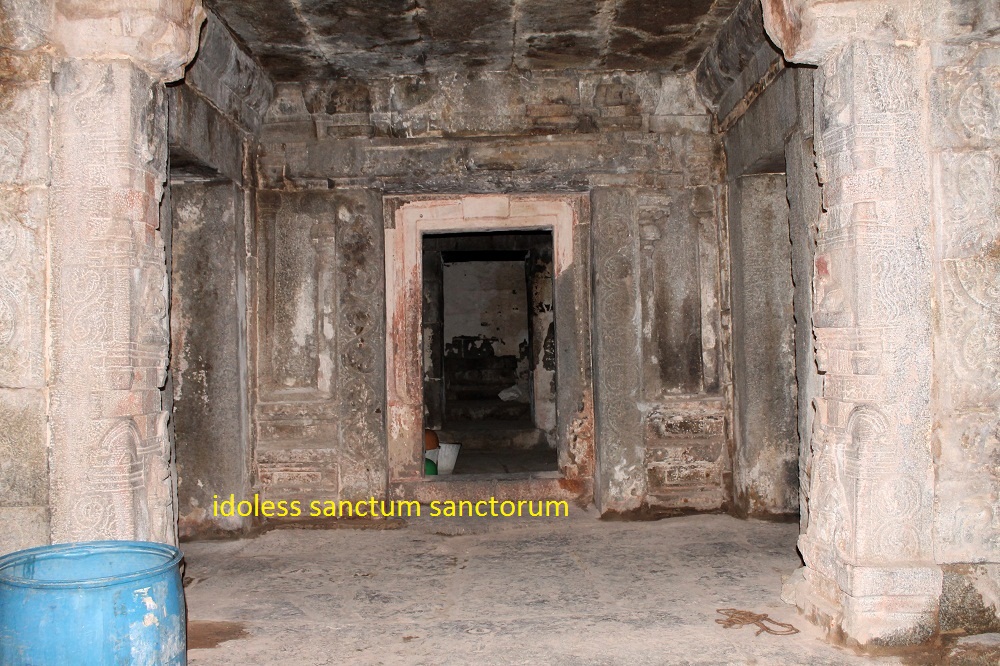 next we moved on to the Hemak 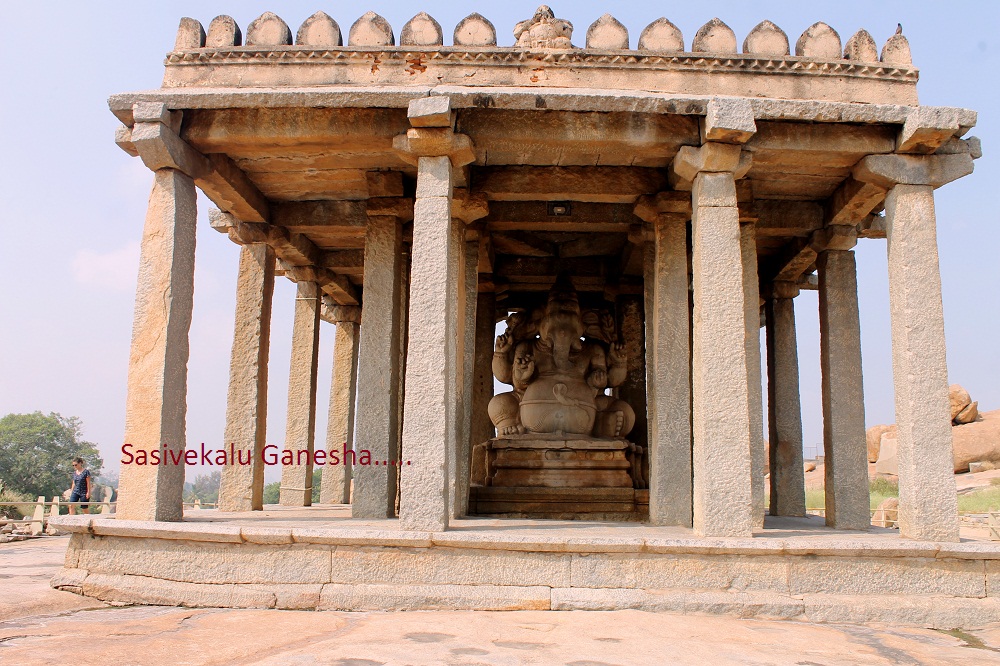 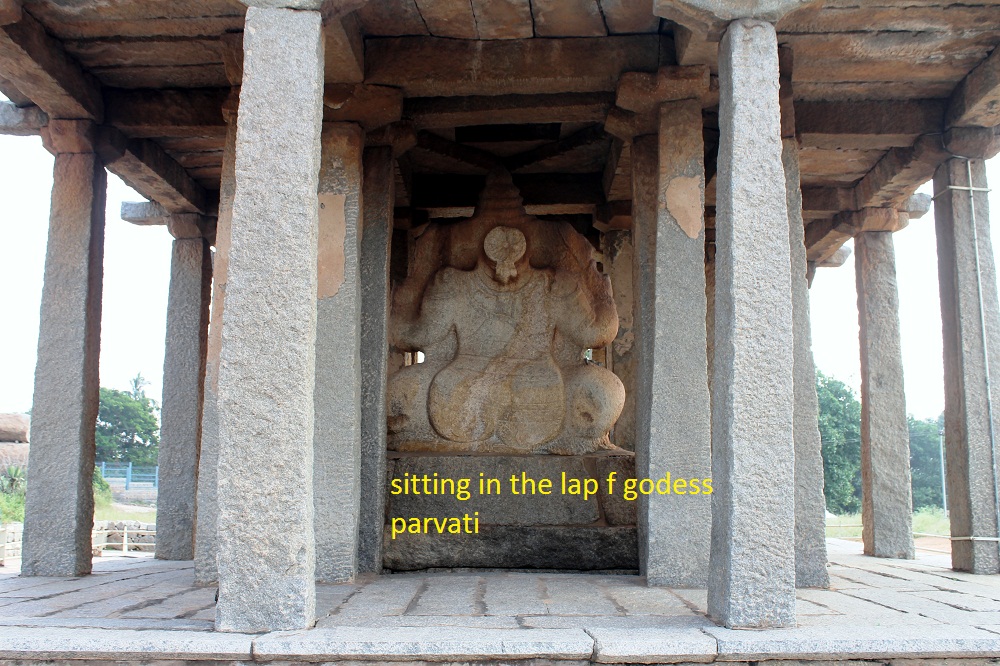 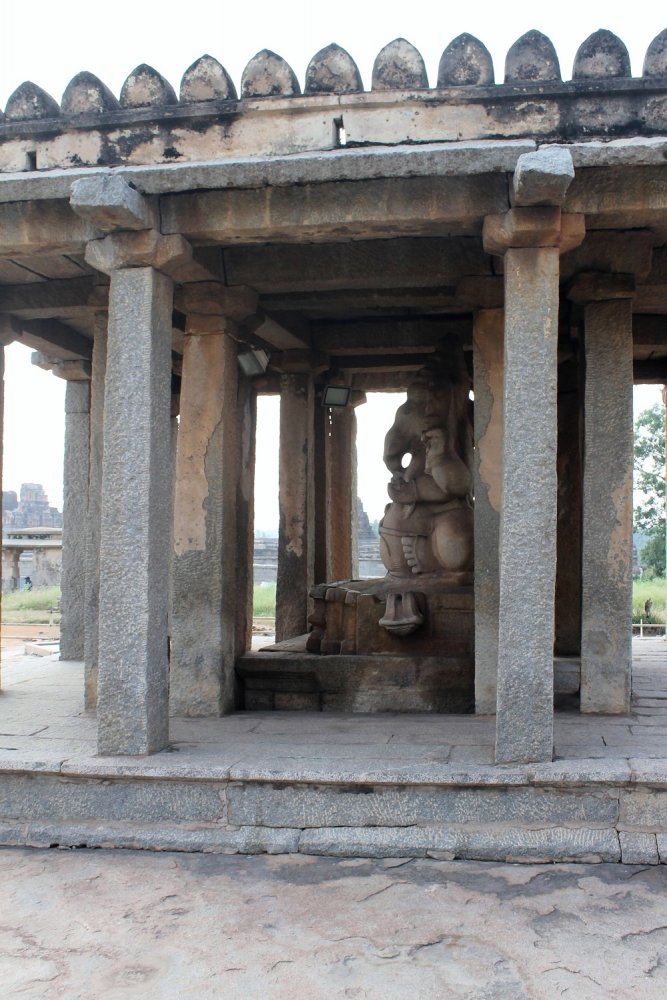 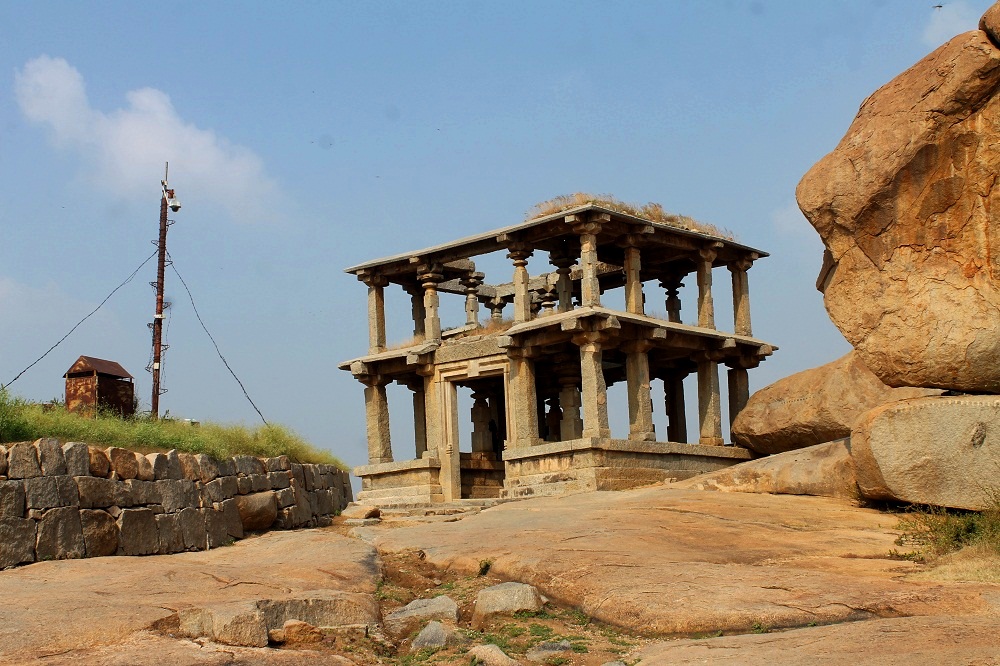 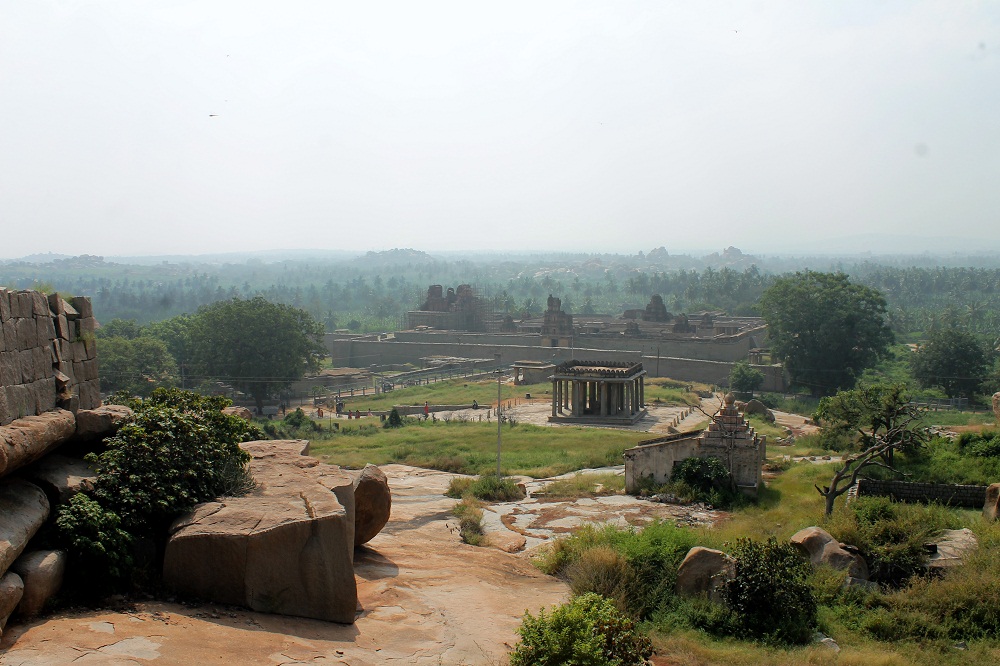 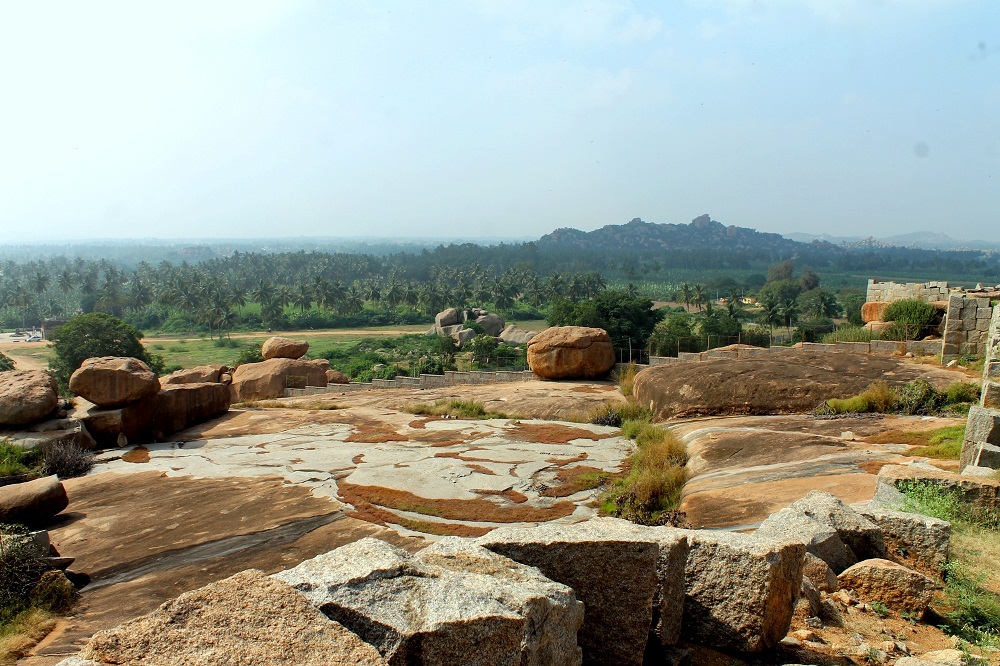 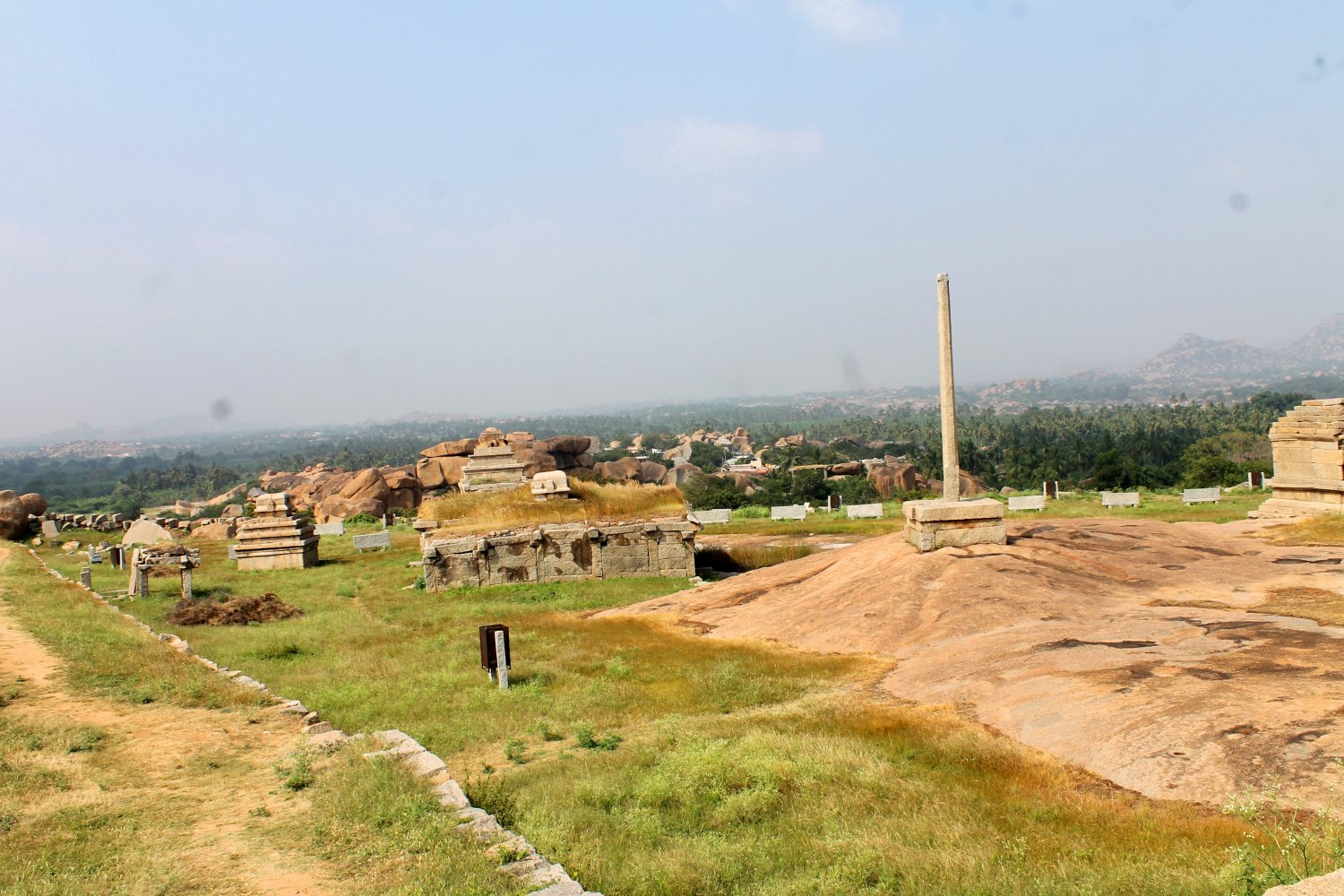 uta hills. the first monument we saw was the Sasivekalu Ganesha.The Sasivekalu Ganesha, named after Ganesha's mustard seed-shaped belly. It is a 2.4 metres (7.9 ft)-high monolith that was also carved in-situ from extant rock. The Sasivekalu Ganesha is carved with his mother Parvati, in whose lap he sits. She is only visible from the back of the statue. The monument is housed inside an open-pillared mandapa; the left hand and tusk have been damaged.

The Hemakuta hill lies between the Virupaksha temple complex to the north and the Krishna temple to the south. It is a collection of modestly sized monuments that are the best-preserved examples of pre-Vijayanagara and early-Vijayanagara temples and construction. The site has several important inscriptions and provides views of the some parts of Hampi and the fertile, agricultural valley that separates the sacred centre from the urban core with its royal centre.

Mythology
Hampi and particularly Hemakuta hills is entwined with hindu mythology.According to folklore number of mythical events are said to have occured here.The name Hampi is evolved from Pampa, the ancient name of the river Tungabhadra. Also Pampa is the daughter of Brahma, the Creator God. She was a devoted worshiper of Shiva, the God of Destruction.Lord shiva is said to have done penance here at the hemakuta hills.Pampa devi was very much in ove with the lord but couldn't brea his penance. Taing pity on her kama the lord of love is said to have intervened and the lords penance was interrupted in anger he is said to have opened his third eye and kama was reduced to ashes.Rathi, the god of lust or passion,wife of kama pleaded with lord shiva and he brught back kama too life in character and not in physical form. the marriage of the lord and pampa devi is said to have taen place here and goold was showered on the couple frm heavens.Hemakuta literaly means heap of gold. lord shiva is known here as Virupaksha- one with the oblique eye.
Kishkinda episode in Ramayan -another folklore connects Hampi with the Ramayana. the monkey kingdom in ramayan is said to have been here in Hampi.Anjaneya hills across the river Thungabadra is said to be the birthpace oof Lord Hanuman. Loord Ram is said to have met Hanuman on the hemakuta hills. also the illing of Bali the elder brother of sugreev is said to have occured here.