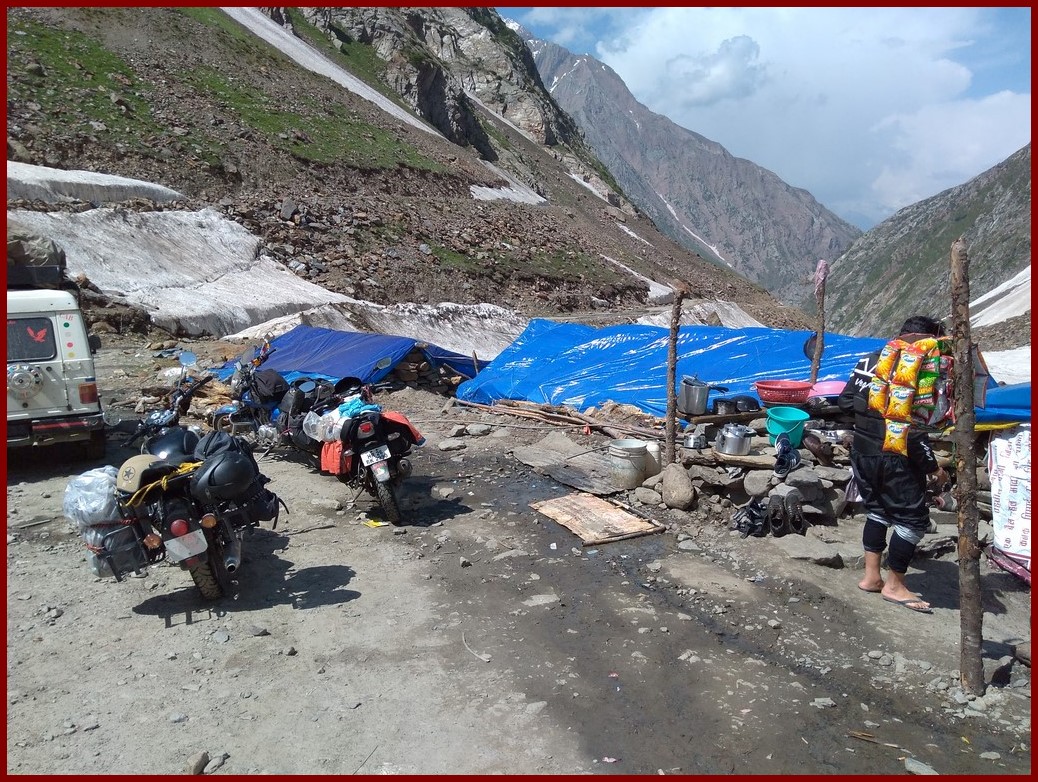 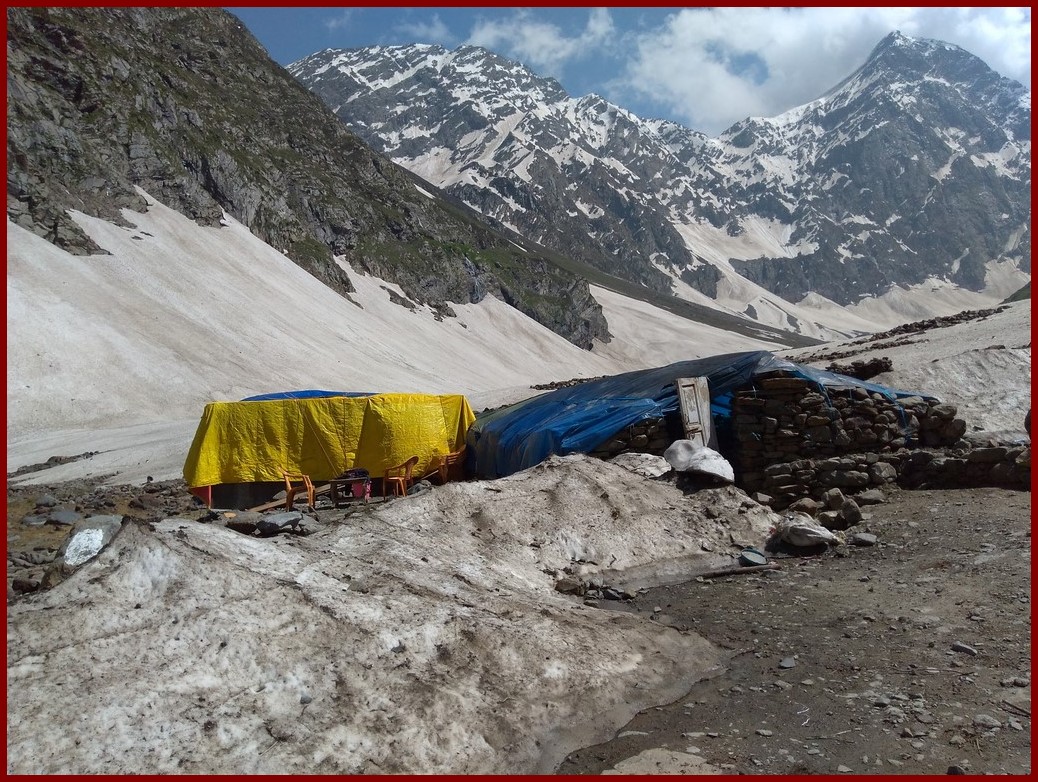 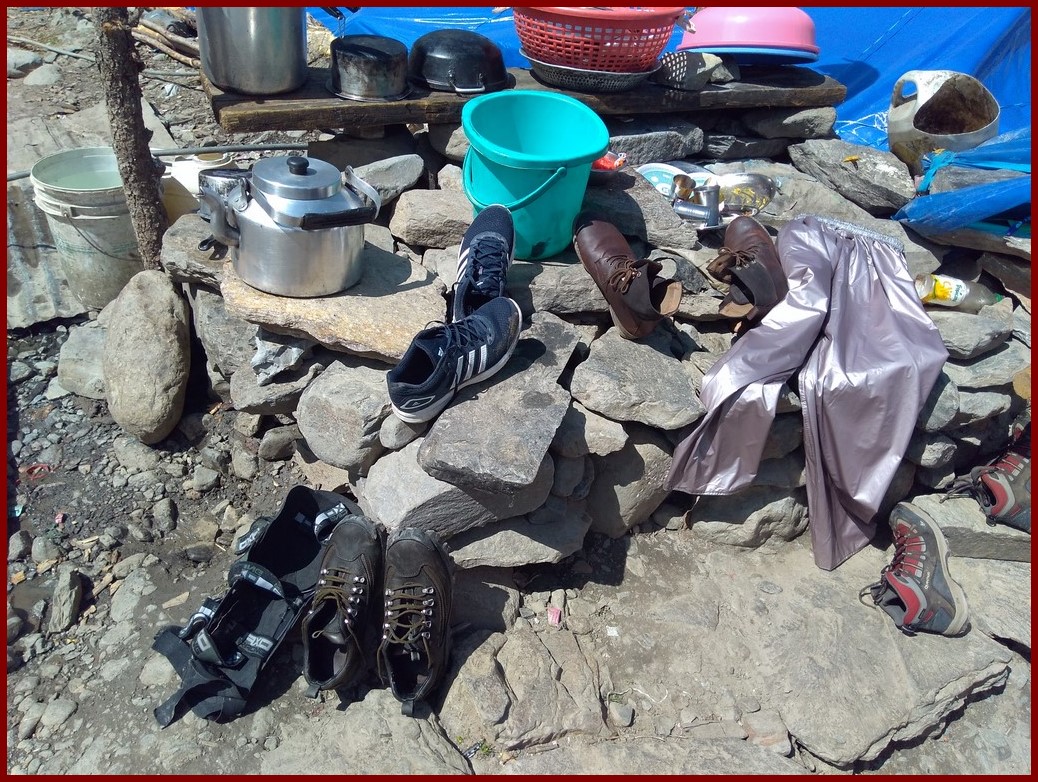 Approaching snow tunnel, some 4-5 Km away from Bogoto side

We were cautioned by the dhaba people to ride safely at this tunnel without any stop there for photography, as it was highly unstable with a water fall inside it and the snow around was developing heavy cracks, prone to collapse anytime. 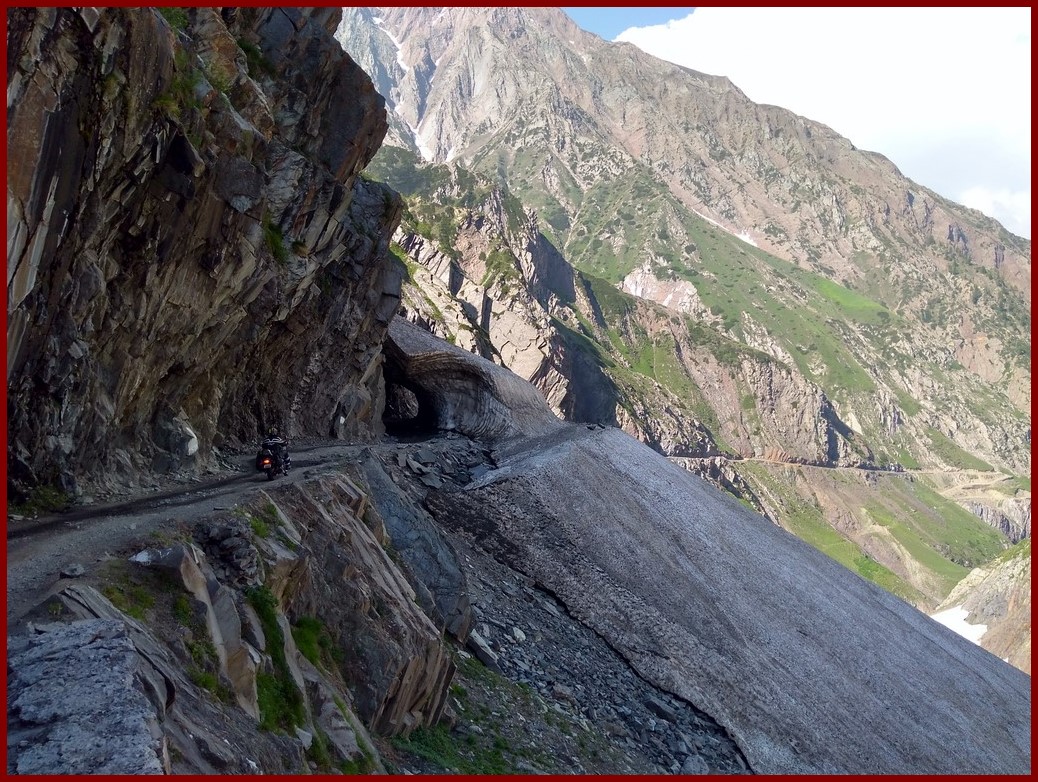 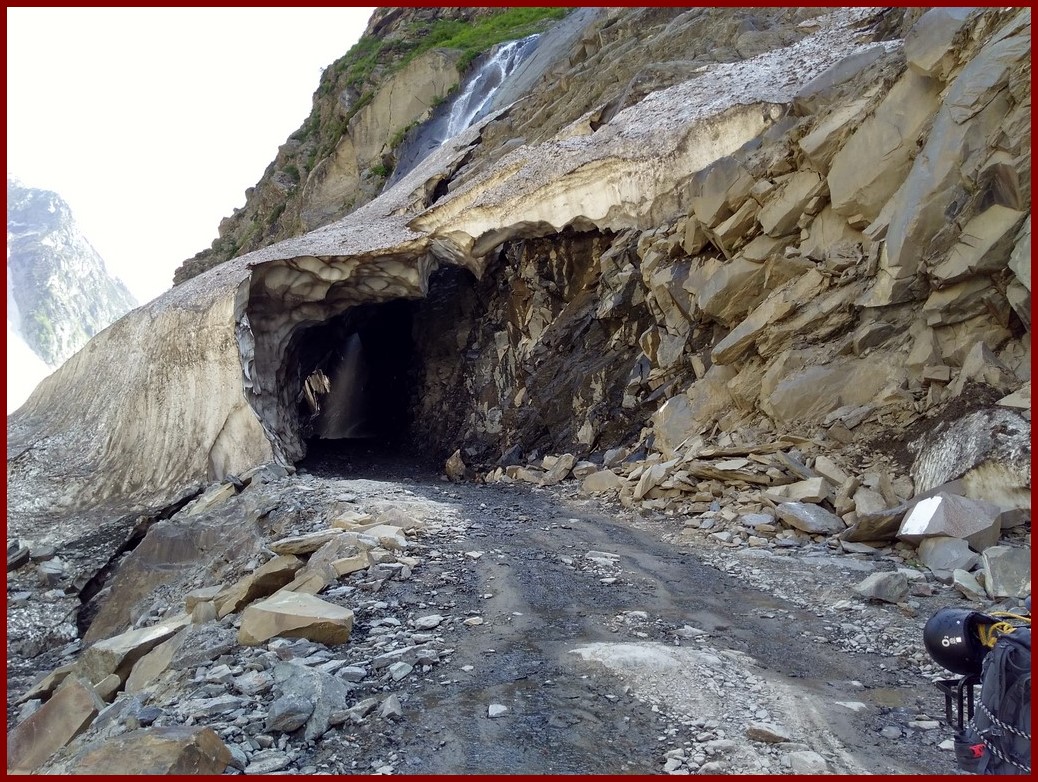 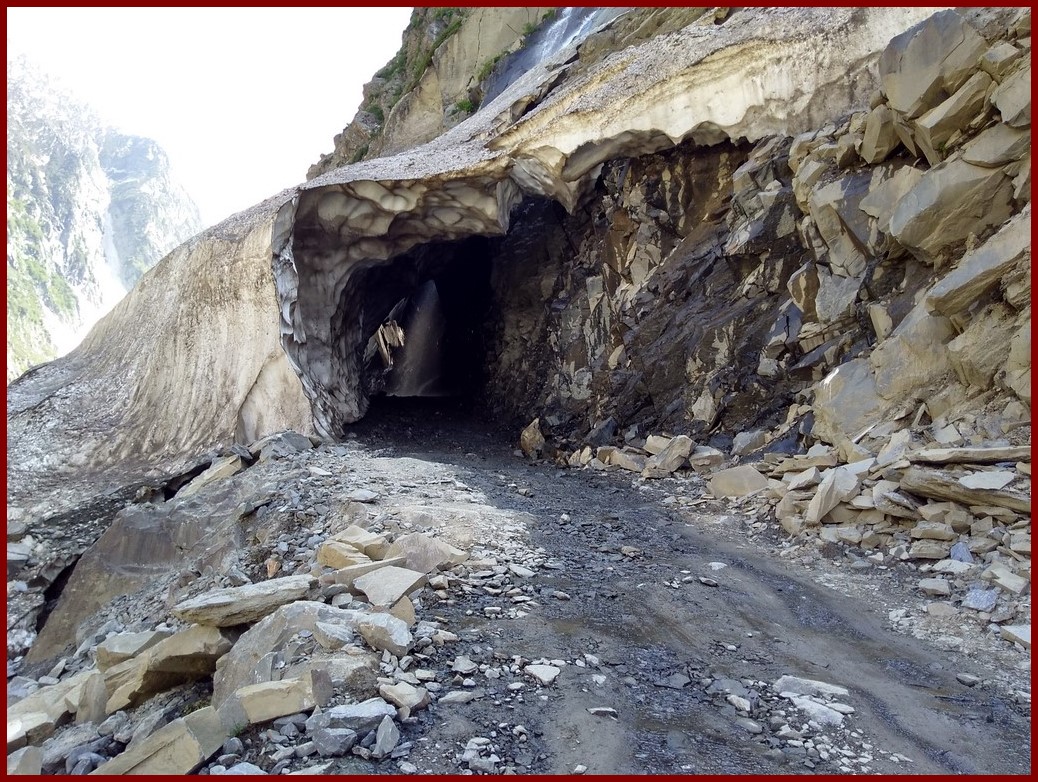 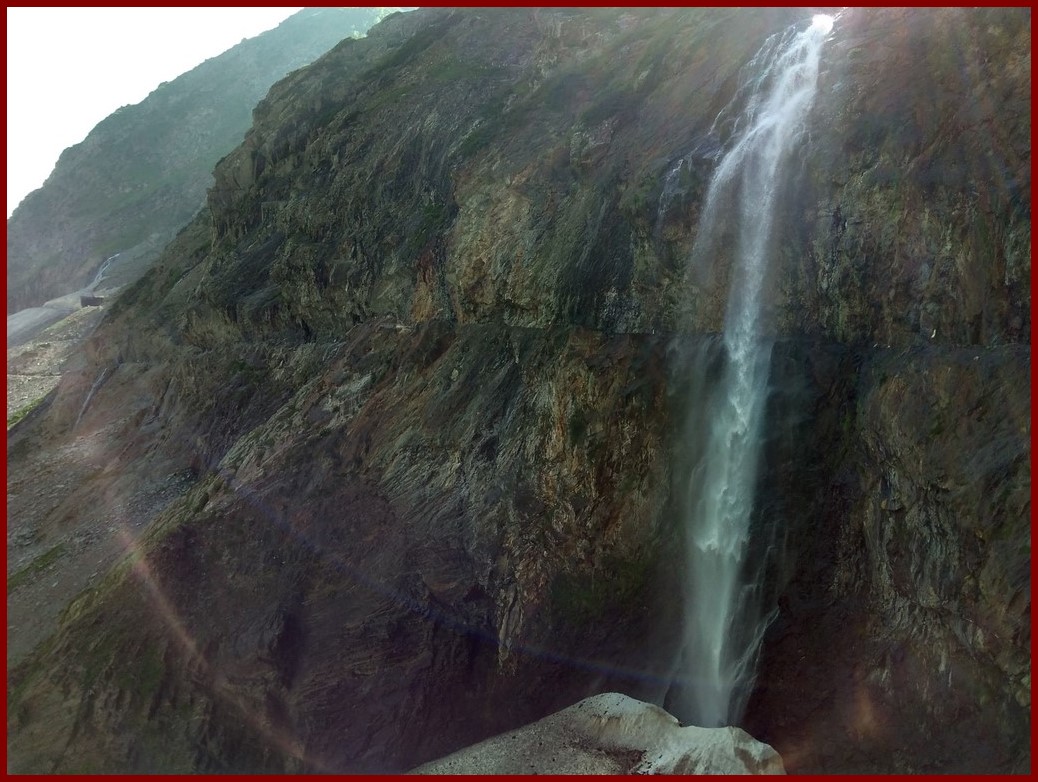 You can try to locate the road underneath the water fall 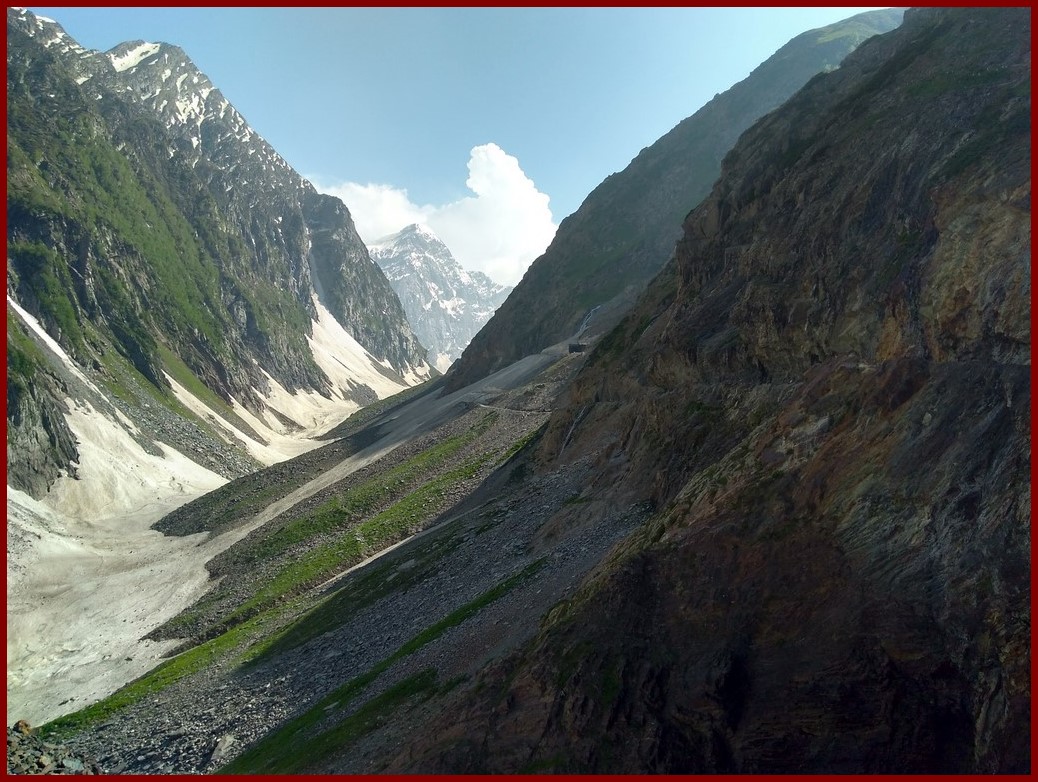 A small video around the snow tunnel :

wow ! what a tunnel

Wonderful! Eagerly waiting for the next part. 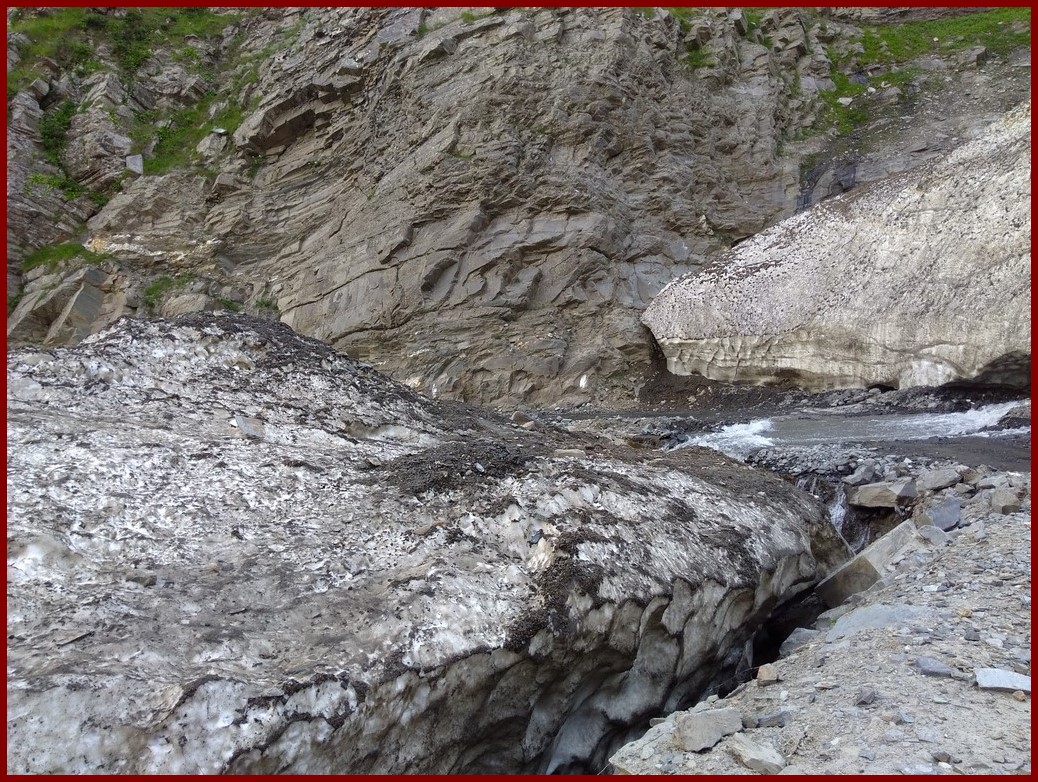 Another small water crossing enroute, nothing to worry about... 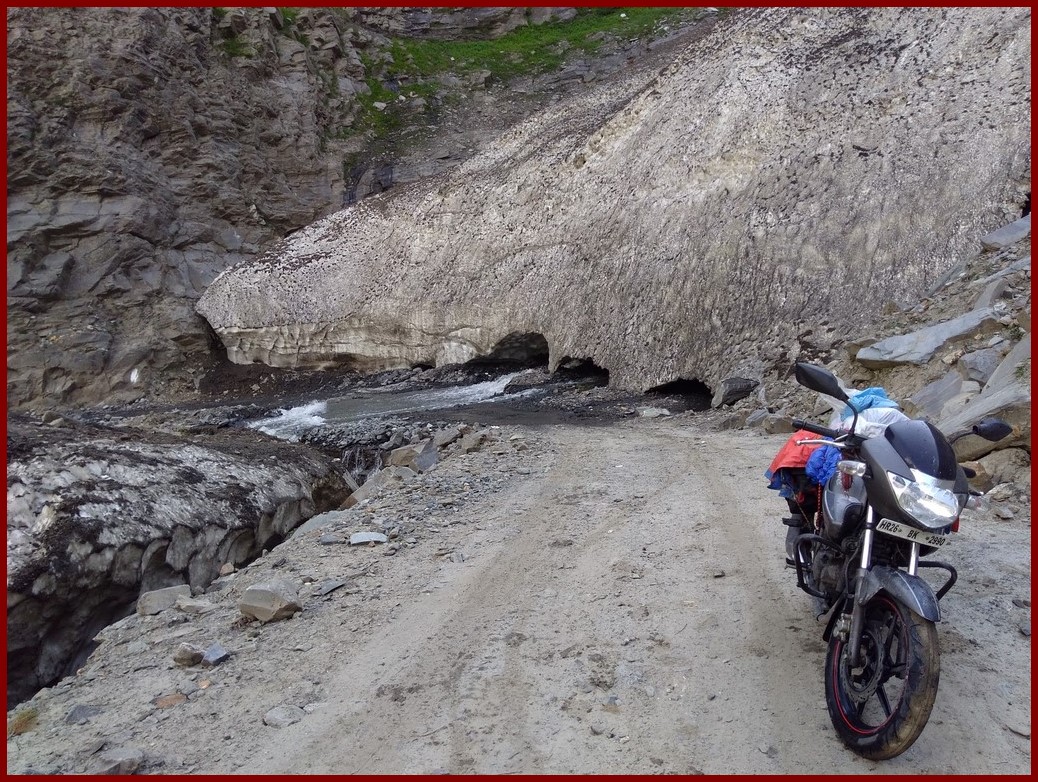 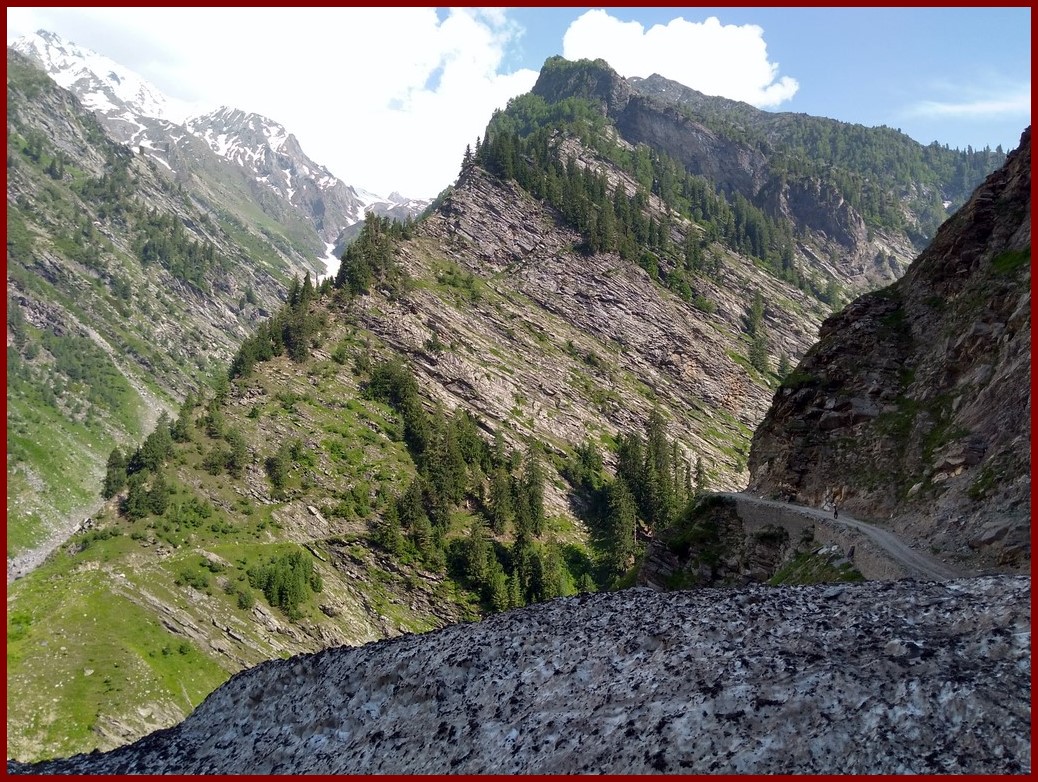 Now the valley has started opening up 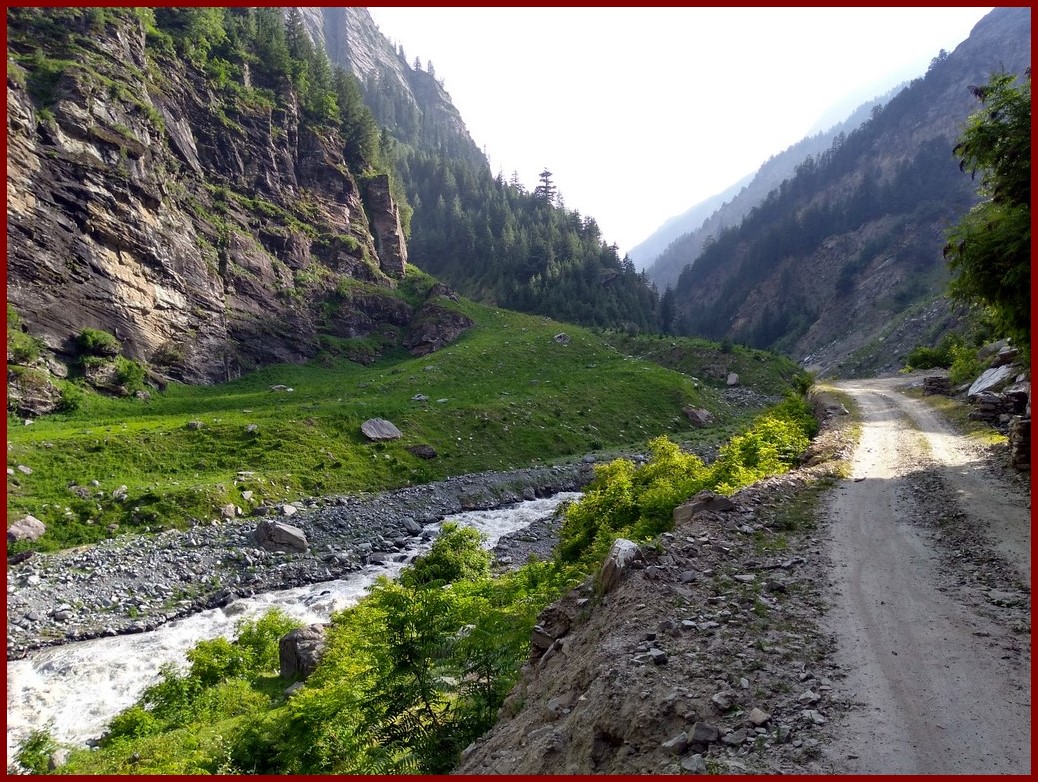 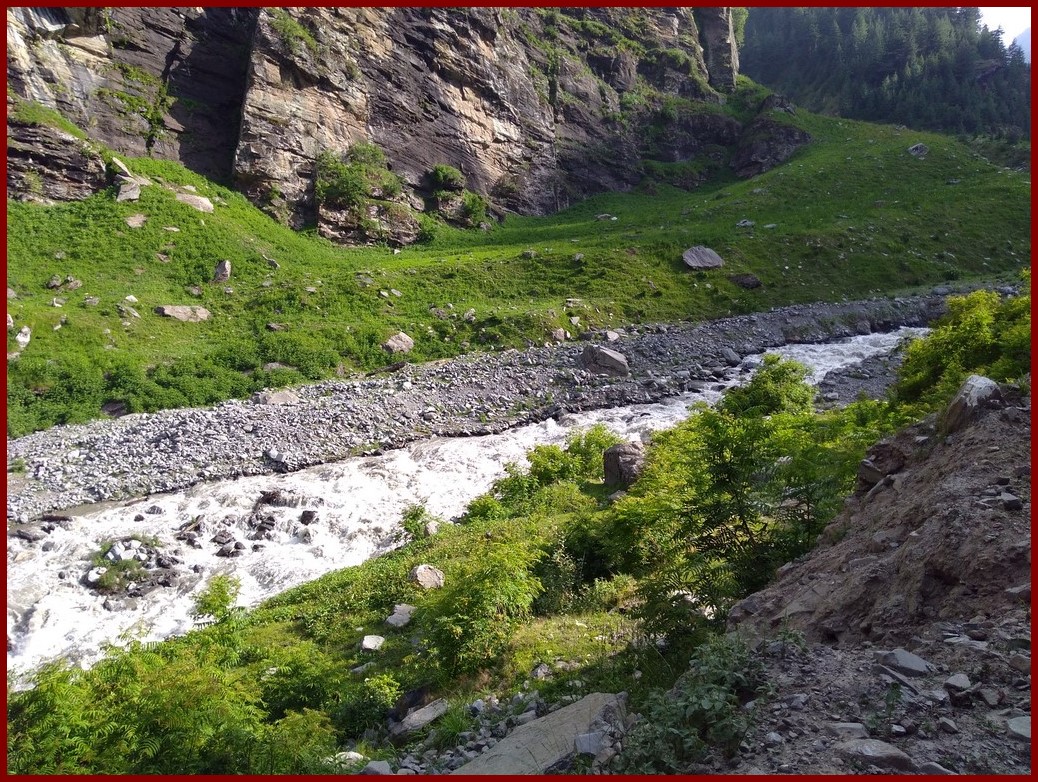 Some rest near the river 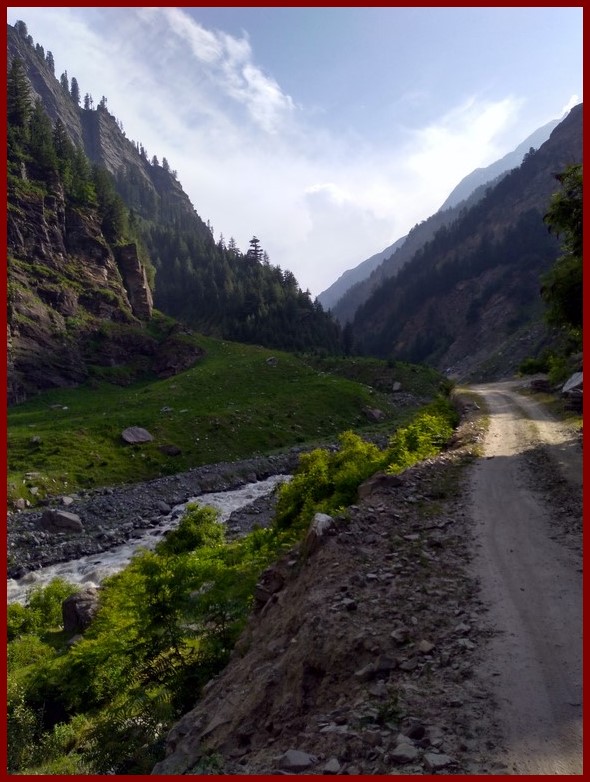 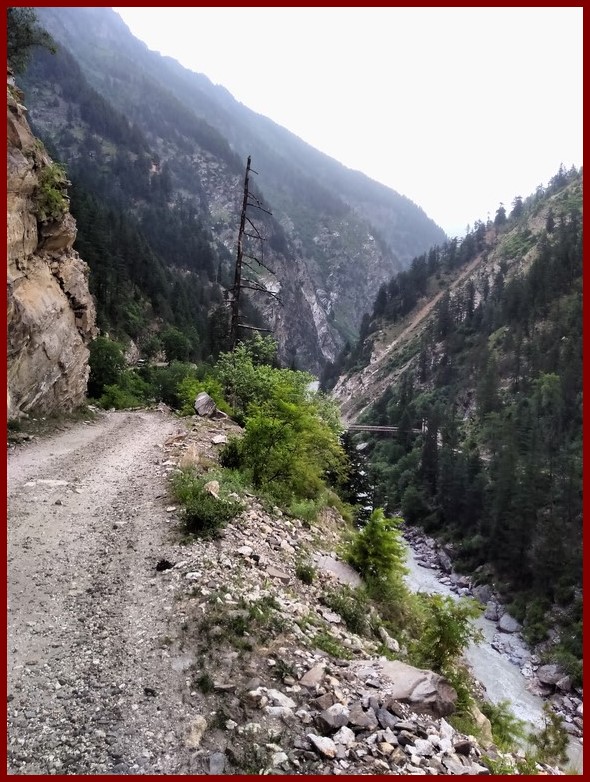 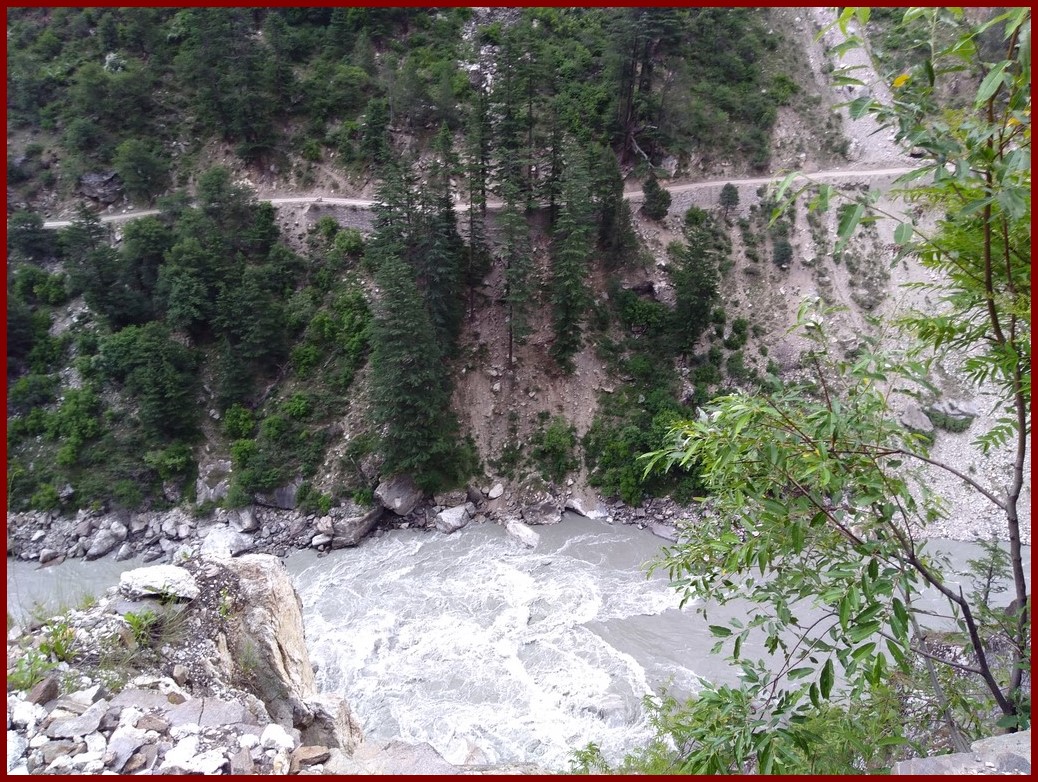 Captured after crossing the bridge 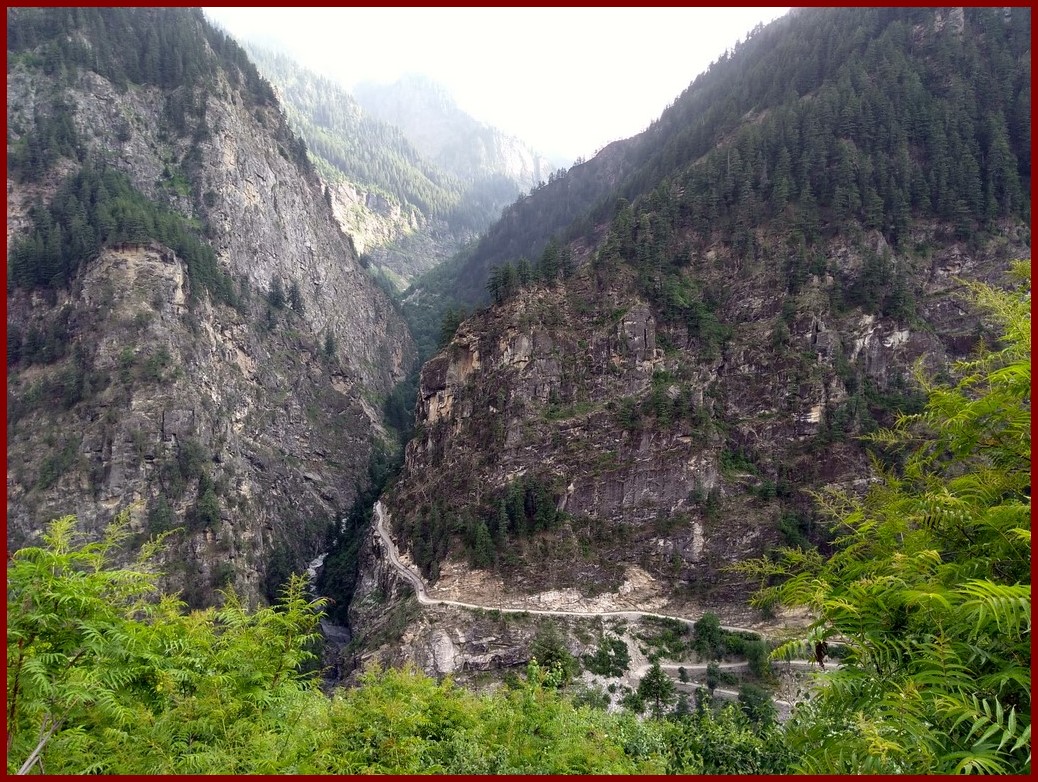 The other side of the Chandra-bhaga bridge, coming down from Sach pass side. This picture tries to show the magnitude of the mountains of the region and how negligible we humans are in front of them. 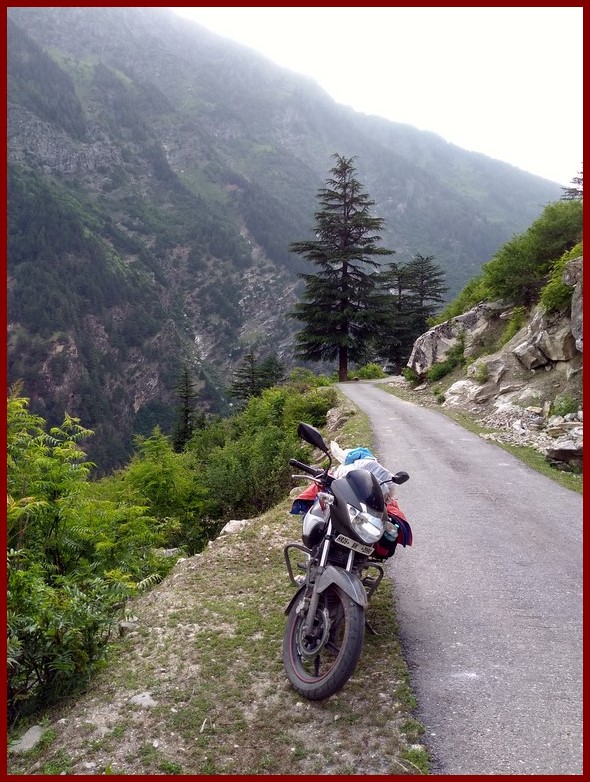 Finally back to Bitumen roads after riding throughout on boulders and water
Last edited: Jul 11, 2017

We directly rode to the PWD rest house in hope of getting a room there (as we stayed there in Sept 2015 as well), however luck was not favoring us this time, may be due to season time in June.
With a sad face, we went to the very first hotel you get on reaching Killar, Raj Hotel and got a small room for us in Rs. 700/-. The room was okay with TV and Geyser. Today was ICC CT Final between the arch-rivals India and Pakistan, however the news was not good here either and India had lost couple of wickets in the initial overs itself. With lost interest in cricket, we switched off the TV.

The evening was spent roaming around Killar and chalking out next day's plans and replans. After today's onslaught, our back was badly paining and all we wanted to have another day of rest but, Alas, that was not available due to Santosh's surprised urgency at home.

Eventually without an option, we planned to leave Killar at 9 AM as we were to get the Bike's chain also tightened and oiled before heading towards Udaipur.

Views of Chandrabhaga from the hotel window - 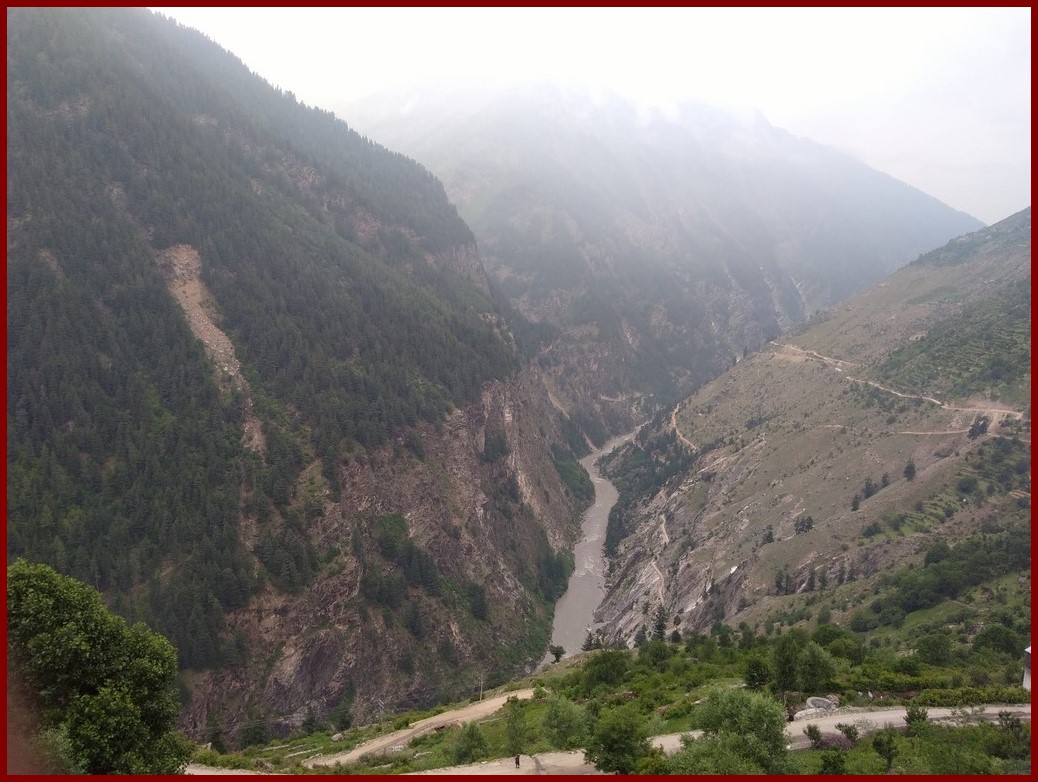 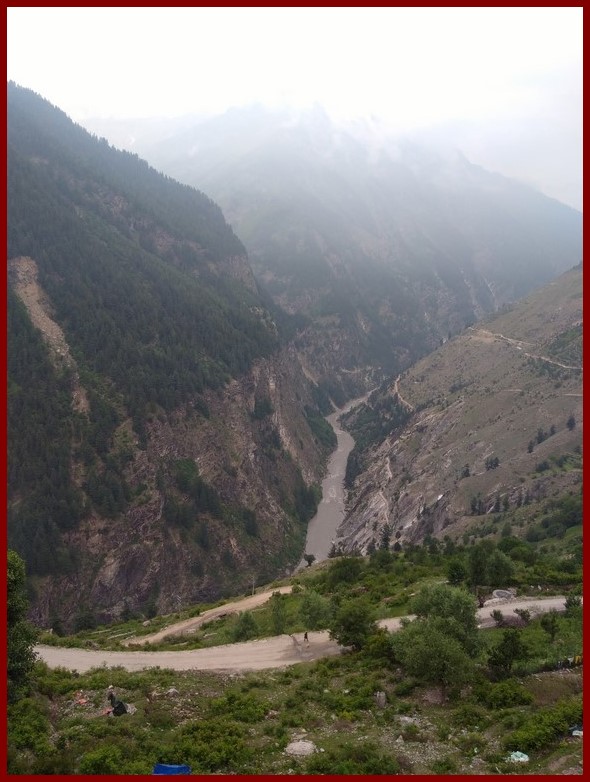