Administering the prices gives the powers that be and traders a much better window to play with perception. One practical problem for EDLP is the determining the price to peg it to. Crude is bought in the futures market. Would be quite an interesting thing to see in action.


Petrol price hiked by Rs 1.69 per litre, diesel up by 50 paise | The Indian Express

Get Rediff News in your Inbox:email
Amid record-high fuel prices, Finance Minister Nirmala Sitharaman on Monday said there is no proposal as of now to bring crude oil, petrol, diesel, jet fuel (ATF) and natural gas under the Goods and Services Tax (GST). 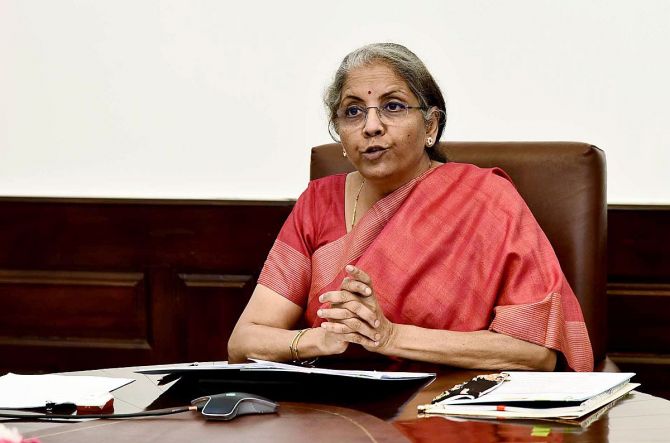 When the GST was introduced on July 1, 2017, amalgamating over a dozen central and state levies, five commodities - crude oil, natural gas, petrol, diesel, and aviation turbine fuel (ATF) - were kept out of its purview given the revenue dependence of the central and state governments on this sector.
This meant that the central government continued to levy excise duty on them while state governments charged VAT.
https://www.rediff.com/business/report/tech-software-royalty-likely-to-cost-centre-rs-5000-crore-every-year/20210315.htm
These taxes, with excise duty, in particular, have been raised periodically.
While the taxes haven't come down, a spike in global oil prices on demand recovery has pushed petrol and diesel to an all-time high, leading to demand for them come under the GST.

"At present, there is no proposal to bring crude petroleum, petrol, diesel, ATF and natural gas under GST," Sitharaman said in a written reply to a question in the Lok Sabha.
She said the law prescribes that the GST Council shall recommend the date on which the goods and services tax be levied on petroleum crude, high-speed diesel, motor spirit (commonly known as petrol), natural gas and ATF.
"So far, the GST Council, in which the states are also represented, has not made any recommendation for inclusion of these goods under GST," she said.
The Council may consider the issue of inclusion of these five petroleum products at a time it considers appropriate keeping in view all the relevant factors, including revenue implication, she added.
Including oil products in GST will not just help companies set off tax that they paid on input but will also bring about uniformity in taxation on the fuels in the country.
Sitharaman has in recent weeks talked of inclusion of fuel under GST as well as centre and states taking a joint call on cutting taxes to cushion consumers against the spike in retail prices.
To a separate question, her junior in the finance ministry, Anurag Singh Thakur said excise duty on petrol was Rs 19.98 per litre a year back and is Rs 32.9 now.
Similarly, on diesel, the excise duty has been raised from Rs 15.83 to Rs 31.8.
"The excise duty rates have been calibrated to generate resources for infrastructure and other developmental items of expenditure keeping in view the present fiscal position," Thakur, Minister of State for Finance, said giving reasons for raising the levy.
On the impact of higher fuel rates on general prices, he said 'petrol for vehicle' inflation has increased from 7.38 per cent in January 2020 to 12.53 per cent in January this year.
Similarly, 'diesel for vehicle' inflation has increased from 6.44 per cent in January last year to 12.79 per cent this year, he said.
On fuel pricing, Thakur said the prices of petroleum products in the country are benchmarked to international product prices.

"Generally, the price of petroleum products in the country are higher/lower than other countries due to a variety of factors, including prevailing tax regime and subsidy compensations by the respective Governments," he said.
The government ended subsidies on petrol in 2010 and on diesel in 2014. ATF pricing was freed in 2002.
Photograph: ANI Photo