Planning to travel from Mumbai to Bengaluru

I am planning to travel from Mumbai to Bengaluru over the weekend. I need information for the following

1. Do i need to provide RT-PCR -ve result report at the Maharashtra - Karnataka border ?
2. Are there any stoppages within Maharashtra during the Lockdown period during the Weekend

1. Do i need to provide RT-PCR -ve result report at the Maharashtra - Karnataka border ?
Yes.
It may be at Banglore orders.

Bengaluru Amid a continuous surge in Covid-19 cases, Karnataka health minister K Sudhakar on Thursday announced that travellers to Bengaluru from any state will require a negative Covid-19 RT-PCR test report (with the test having been taken within the previous 72 hours) from April 1


Amid a continuous surge in Covid-19 cases, Karnataka health minister K Sudhakar on Thursday announced that travellers to Bengaluru from any state will require a negative Covid-19 RT-PCR test report (with the test having been taken within the previous 72 hours) from April 1.
The minister said the decision was taken for Bruhat Bengaluru Mahanagara Palike (BBMP) limits as the city continued to report the highest number of cases in the state. On Thursday, Bengaluru registered 1,623 fresh cases out of the total of 2,523 from across the state.
“There is a spike in cases every day. It is increasingly found in passengers arriving in the city from other states. As of now, the requirement (of a test report) is for those coming from Maharashtra, Kerala, Punjab and Chandigarh (to Bengaluru). But going forward, it is applicable to visitors from all states ,“ the minister said.


However, only visitors from Maharashtra, Kerala, Punjab and Chandigarh need negative Covid-19 RT-PCR test reports for travelling to other parts of Karnataka.
Government officials said people without test reports will be tested, and asked to be in quarantine till the results are available. They also added that the requirement isn’t just for visitors but also Bengaluru and Karnataka residents who travel outside the state and then return.
Stating that 60% of the cases in Bengaluru have a history of inter-state travel, Sudhakar said the government will revive the practice of stamping the hands of those who need to undergo home isolation. “Many young people who are supposed to undergo home isolation are freely walking around because they are asymptomatic 9and there is no way of knowing they need to be in quarantine). We need to curb this,” he said.
The government has also decided to resume its Quarantine Watch application which was suspended after the state witnessed a drop in Covid cases, to monitor those undergoing home isolation.
On Thursday, the State Disaster Management Board has directed the commissioner of BBMP, all deputy commissioners, and all authorities concerned to prevent public gatherings during upcoming festivals such as Holi and Good Friday.
On Wednesday, the state government proposed imposing strict penalties on establishments such as hotels, departmental stores and organisers of public events or large gatherings who fail to enforce safety protocols.
In a late night order, the government announced a fine of ₹5,000-10,000 on all establishments found violating safety protocols such as wearing masks and maintaining physical distancing.
“The owners of the establishment will be responsible for: a) ensuring compulsory wearing of masks and social distancing; b) enforcing restrictions on the number of persons to be allowed,” the order read.
As a precautionary measure, the government has limited the number of wedding attendees to 500 in open spaces and 200 in closed areas; it has permitted a gathering of 50 to 100 people in birthday parties and funerals, depending on whether they are held in enclosed or open spaces; and it has restricted the number of attendees to 500 at religious and political events.
There are currently 18,207 active coronavirus cases in Karnataka. As many as 12,471 people have succumbed to the virus while 978,478 patients have recovered. According to the Union health ministry, 3,044,524 (a little over three million) vaccine doses have been administered in the state so far. 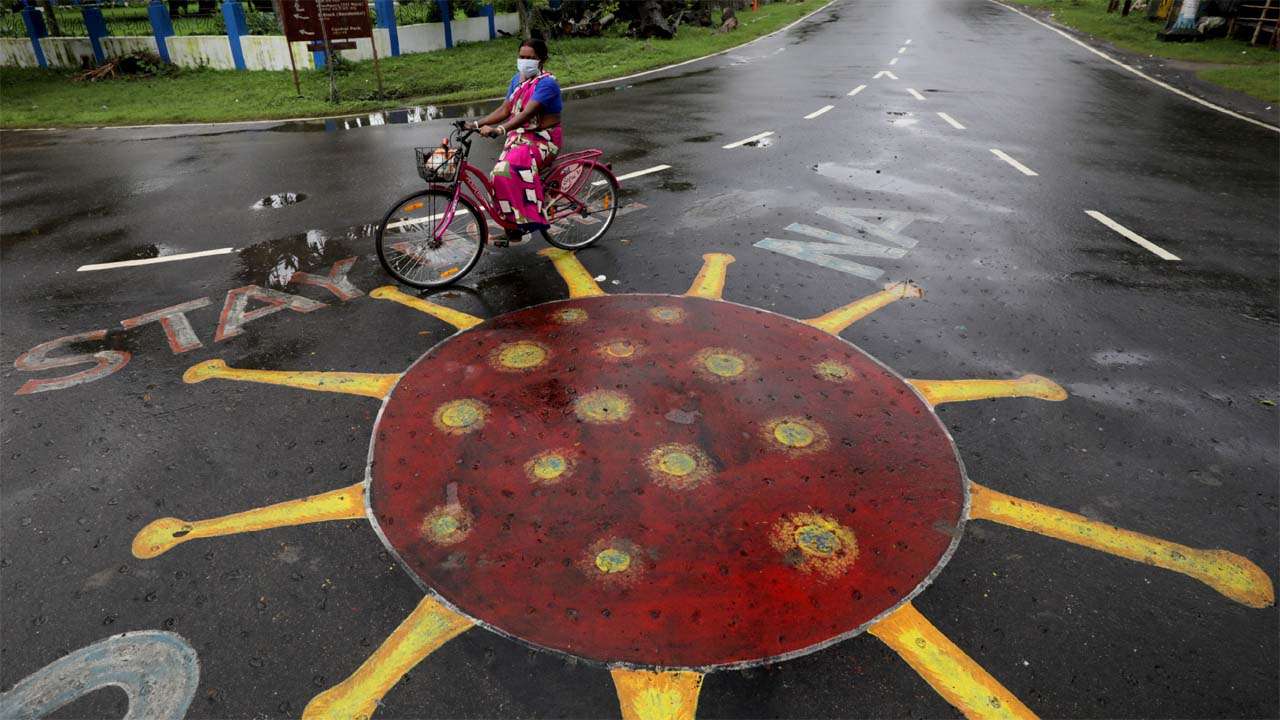 
If you are planning to travel to Karnataka state capital Bengaluru anytime soon, then don't forget to carry your RT-PCR COVID-19 test report and only if the test report is negative can you enter the city. Karnataka minister Dr K Sudhakar announced this on Thursday.
As per the announcement, people from outside Karnataka will have to carry a negative COVID-19 test report to enter Bengaluru city from April 1.
To distinguish those people exposed to the coronavirus, it has been decided to hand-stamp the infected people, Dr K Sudhakar added.


This announcement comes amid growing cases of COVID-19 in the state, particularly the capital city of Bengaluru. On Thursday, the city recorded 1,400 new COVID-19 cases, its highest daily figure in the last four months.
Beginning April 1, everyone entering Bengaluru from outside Karnataka will need to furnish a negative RT-PCR Covid-19 test report, Health and Medical Education Minister K Sudhakar announced on Thursday.
"With cases likely to increase further in the coming days and after observing that over 60% of cases in Bengaluru comprise interstate travelers, everyone will have to possess an RT-PCR negative report from April 1," Sudhakar said.

He added that the rule will be applicable to those, including permanent residents of the city, who arrive in the city from any place outside Karnataka.
As of now, people entering Karnataka from the states of Maharashtra, Kerala, and Punjab were asked to furnish their negative RT-PCR COVID-19 test report.
Other than that, Dr Sudhakar said that the state government will not allow more than 200 people for social functions in closed premises. For open lawns, the limit is set at 500 guests.

You need to provide covid test report at toll immediately after kolhapur.

Also you will find police check points at several places till kolhapur mostly near toll plazas, where you need to provide them with reason.

(Also as per some unconfirmed reports that MH govt. is planning to impose restrictions to get fuel in case of unnecessary travel.)

I am planning to travel from Mumbai to Bengaluru over the weekend. I need information for the following

1. Do i need to provide RT-PCR -ve result report at the Maharashtra - Karnataka border ?
2. Are there any stoppages within Maharashtra during the Lockdown period during the Weekend

I travelled on Monday (12Apr) from Blr to Indore via Pune. Saw No restrictions in MH if you stick to highways. But while entering KA border near Nippani KA officials would check for reports. Since we were in opposite direction, no body stopped us. If you are looking for a place to stat overnight, look for something which is right on highway.

Yes you wont find anything while coming from bangalore I have visited a month back to goa via belgaum and there was a kiosk right on highway immediately after kolhapur for test certificate check. But nothing while returning.

If it was there then it is definitely there now and checking all the buses and cars that time. Though one can take many alternate route available but then if its very necessary for you to travel only then get out of your home.

Because even money cant buy you beds, ventilators and medicines now as you may find many news where duplicate remdesvir being made from paracetamol & water and sold for 16-30K.