Nice snaps on the daily life in Himalayas

Dada..in the hindsight, you should have covered Sach Pass during this day only. Since you reached Bairagarh by 12.15 pm, you could have easily reached Killar by 7.00 pm or thereabout and might have encountered fresh snow too around the top
M


Alpha said:
Dada..in the hindsight, you should have covered Sach Pass during this day only. Since you reached Bairagarh by 12.15 pm, you could have easily reached Killar by 7.00 pm or thereabout and might have encountered fresh snow too around the top
Click to expand...

No Alok, in hindsight. we should not and could not have done it. The car was booked from Ambala, and he started on the previous night, reached Pathankot, slept for two hours. After that, driving on that road would have been difficult for him. As it was a rented car, it could not be treated like a self-driven vehicle.
Secondly, Rohtang got closed, people got stuck there as well as on the Killar side of Sach pass. We came across all these updates on this forum thanks mainly to @adsatinder , when we came down. Even if we were able to cross the pass, we wouldn't have been able to come back through any side. So it proved to be a boon actually that we could not reach Killar. 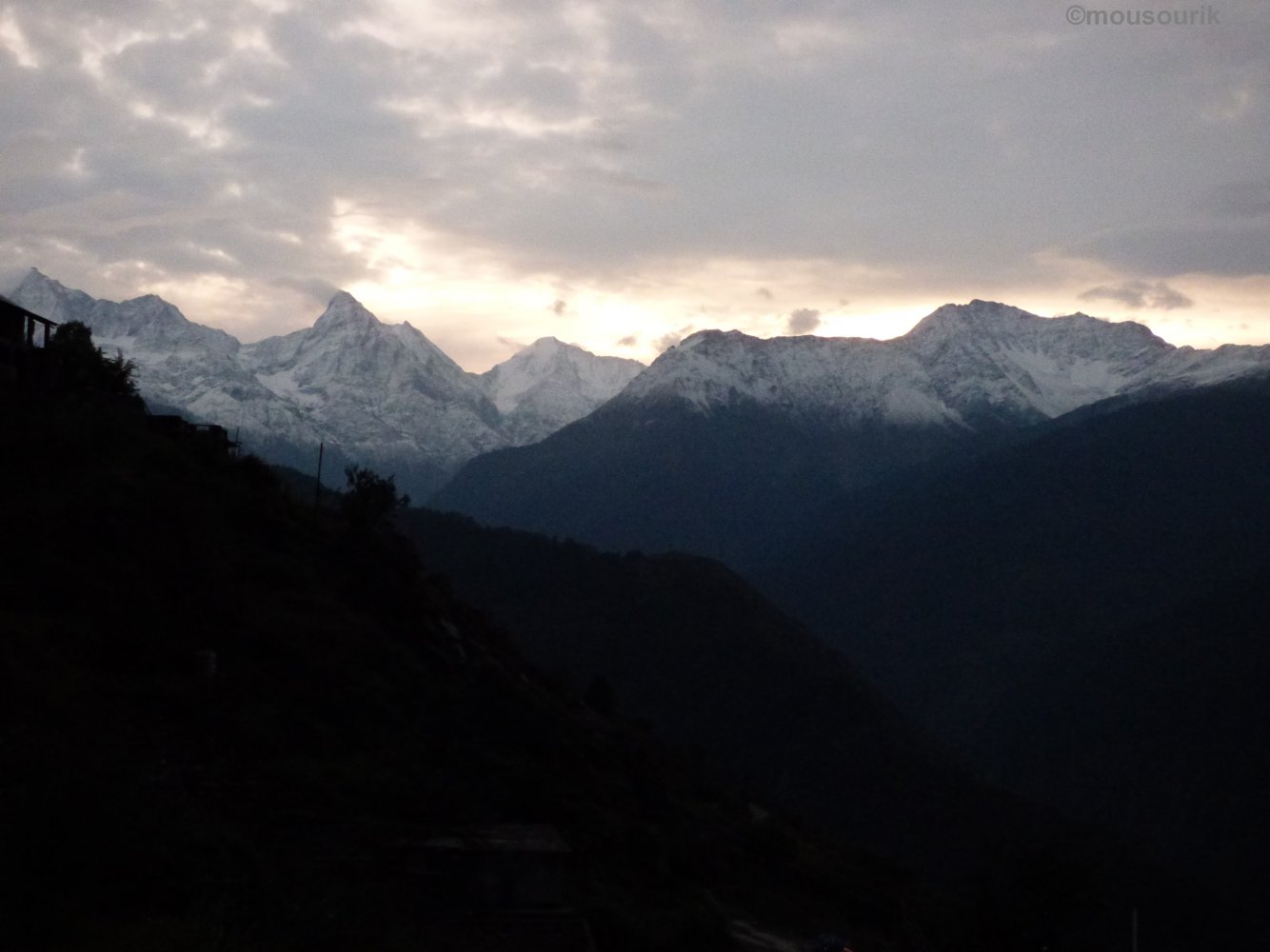 We started at seven in the morning and just after the right turn before the PWD guest house, we were intercepted at the check post. We were anticipating this post to be at Satrundi which is around 18 kms away, but the army personnel said that that was indeed the Satrundi check post, which baffled us. They also said that because of fresh snowfall on the previous night, no vehicle had come from Killar side and they wouldn’t allow us to go farther. We were very disappointed, but decided to visit a temple a little ahead on foot. The beautiful views of another mountain range, that could not be seen from the home stay, opened up. We came back to the check post and requested the personnel to let us go till the point that we would be able to drive without compromising our safety. After some deliberations, they gave us the clearance to go ahead. On completion of the formalities, the real journey started. And the vistas became mesmerising. We saw a pick-up van coming from the opposite direction and had a chat with its driver to gather information about the condition of the pass. But he said that he had plans to go to Killar on the previous night but could not because of the rains. So he spent the night somewhere nearby and was returning then.

Soon thereafter we saw a shack and stopped for a tea break. The owner informed us that because of snowfall, the pass would be inaccessible. After some time the pick-up van came back and said that they had to deliver the goods to Killar that day by any means, and asked us to go with them. We felt that it would be a great proposition as they were well aware of the terrain and we’d have the company of experienced people. Suddenly, as we were taking photos while tea was being prepared, we saw some zigzag lines on the snowed mountain far away, and realised that that must be the pass road where we‘d be heading. Despite completing a few tours in the Kumaon, Garhwal and Arunachal Himalayas, we had never seen anything like this. And it will be a completely understatement if we say that – we were awestruck.

...awesome coverage!
we had the same plan as well but at the last moment it got cancelled..