Always a pleasure to catch up on this log

invincible said:
Super!!! I guess this is the longest running t'log on the forum right now.
Click to expand...

Super longer than our TV Serials even ! But very interesting though !!

lightcycle said:
...which is totally what the artist was trying to convey. I'm sure of it... 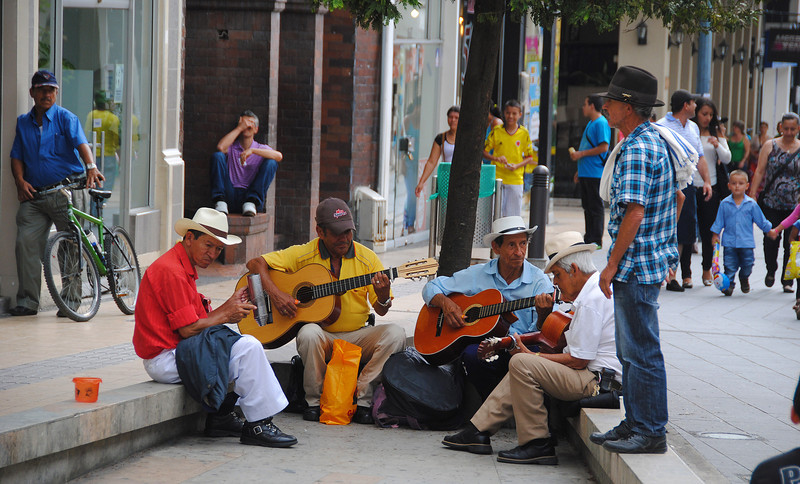 lightcycle said:
And then after that we're going to fly us and the bikes to the Sahara Desert. So bloody sick of all this rain.
Click to expand...

lightcycle said:
Smiling for the camera in front of Las Ventanas 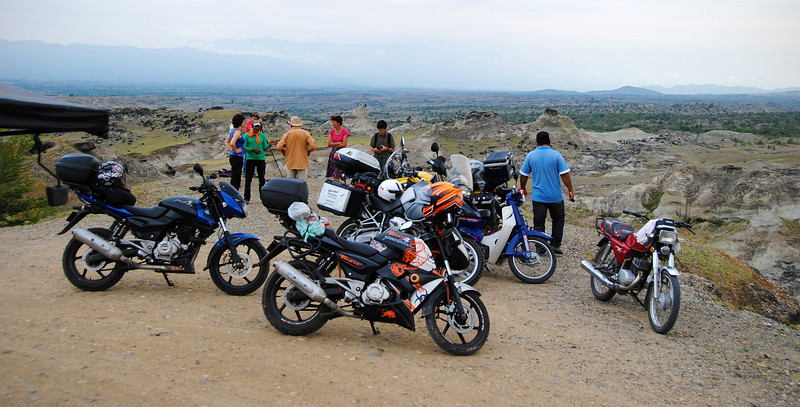 Thanks for all the comments, @Ayyachamy ! You're helping me to relive the past!

Updated from No Zens in Worrying 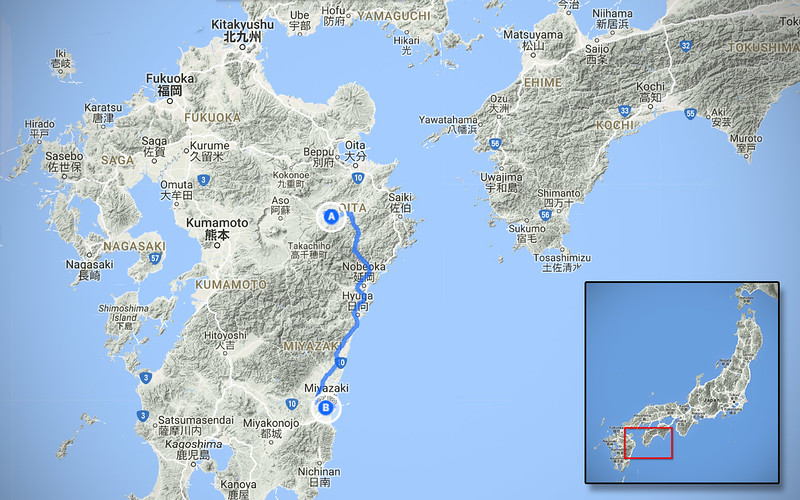 We continue our ride southwards through the Miyazaki Prefecture, on the island of Kyushu. 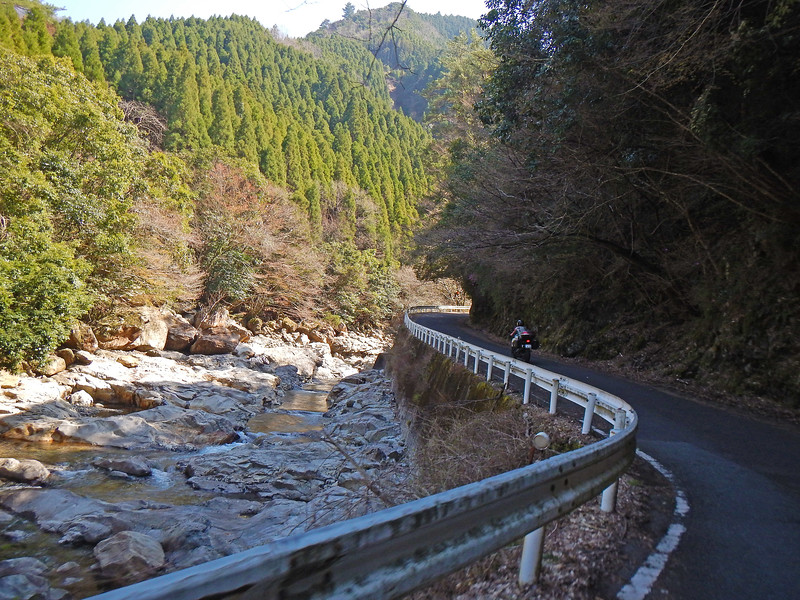 We love the mountains in Miyazaki! So scenic! 12% of the land in this prefecture is devoted to National Parks! 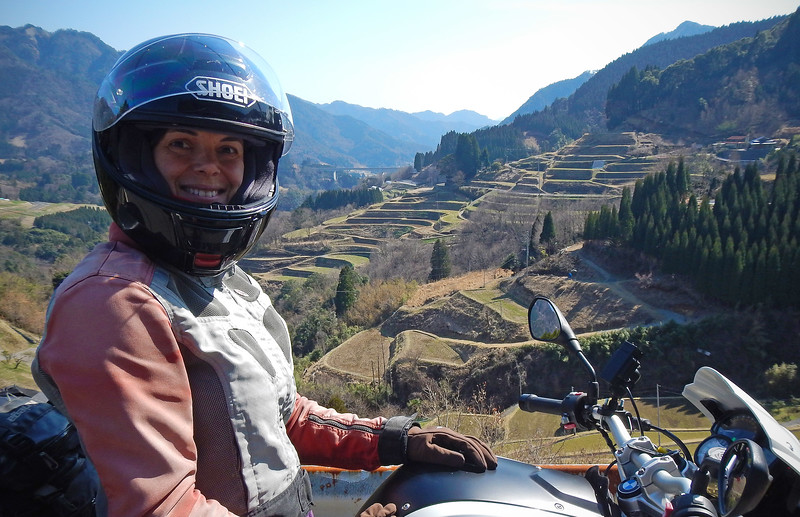 Tokubetsuto Senmaida (rice terraces) in the background. Not as grand as the Maruyama Senmaida we saw a few days ago, but still very pretty!

The senmaida sit empty waiting for planting season, which will probably begin about 4-6 weeks from now. From here, we head towards the town of Takachiho, in the northern section of the Miyazaki Prefecture. 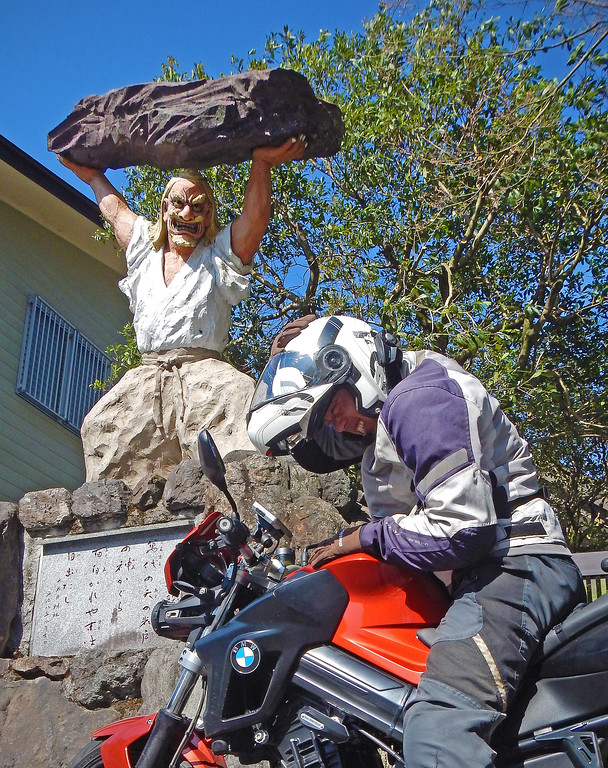 Drama in the parking lot of the the Ama-no-Iwato shrine.

There's a lot of mythology set in Takachiho. Although this angry dude looks like he's going to drop a rock on my head, he's actually one of the good guys.

Legend has it that the Goddess of the Sun, Ameterasu-omikami, was once driven into a cave because her brother, the God of Storms, was bullying her. Such a timeless tale! Anyway, her retreat into the cave deprived the land of light, which co-incidentally explained why there was a total eclipse of the sun at the time.

A bunch of other gods threw a party outside the cave to draw her out, and finally, the God of Strength and Power, Ame-no-tajikarao, lifted the rock blocking the cave entrance and the Goddess of the Sun came out again to grace the land with her light!

What did he do with that rock? He dropped it on a random motorcyclists' head!

Higashihongu Shrine near the entrance. There was a guy dressed in traditional robes talking to everyone.
Not sure if he was a priest or a guide... I'm so ignorant!

Pale half-moon sits above the temple roof, paper cards with wishes written on them hang from a board outside the srhine. 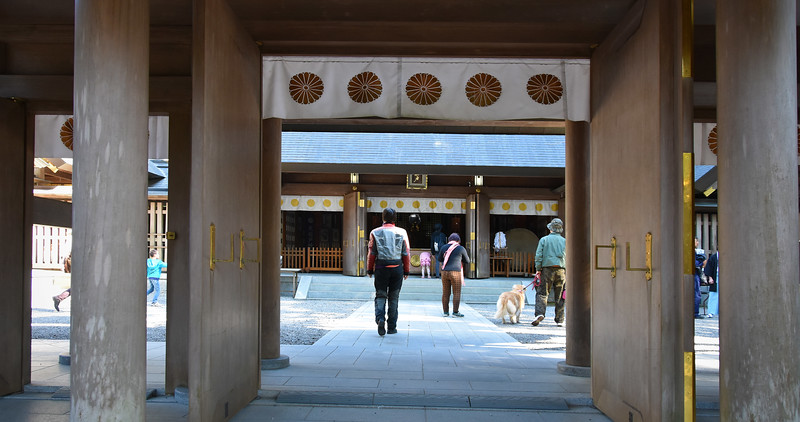 As pretty as this temple is, it's actually not the main shrine 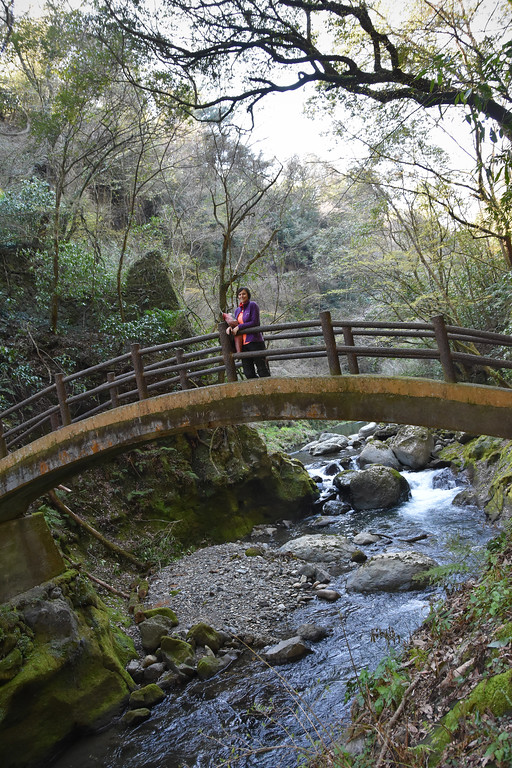 You have to walk into the forest a few hundred meters, past a river...

The path ends at Ama-no-Iwato, which means "Cave of the Sun Goddess". Hey, you mean the story is real?!?

The path leading to the cave and the cave floor itself is littered with rocks of varying sizes and visitors have built little inukshuks (I only know the Inuit word for stone people, not sure what the Japanese word is) all over the place. 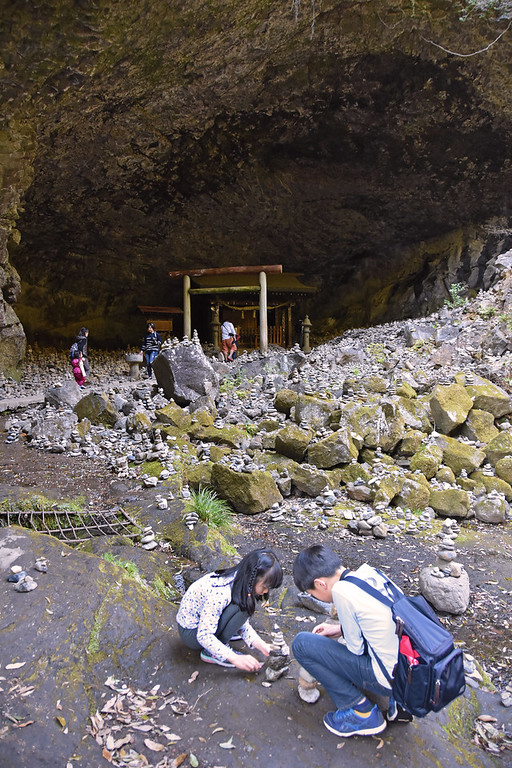 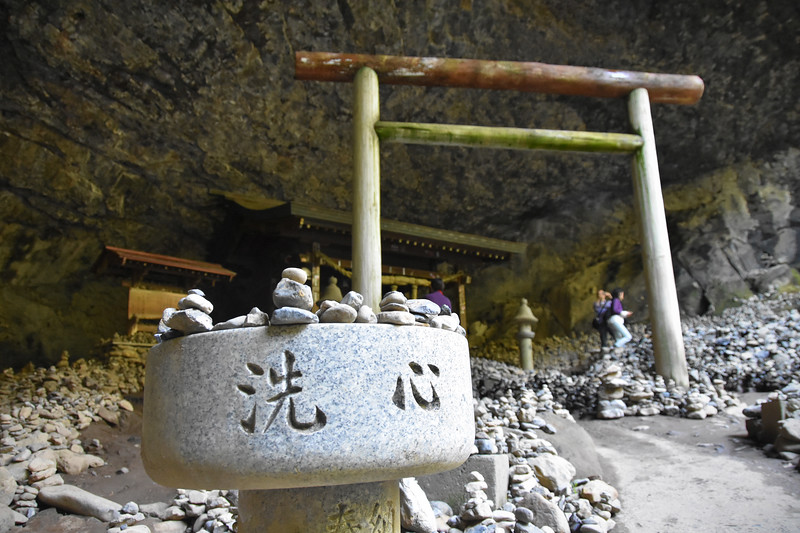 This is the real temple of the Sun Goddess!

We hike back to our bikes. It's going to be a very short ride to our next destination. 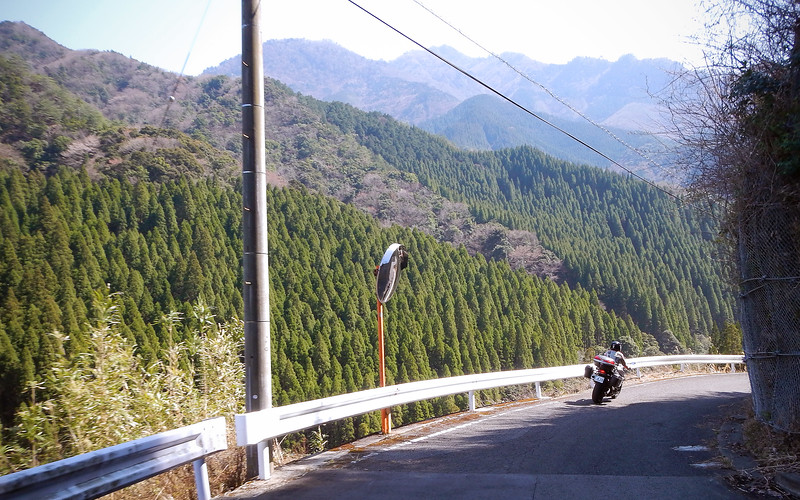 Zooming through the heavily forested mountains roads in the Miyazaki Prefecture. So awesome!