Staff member
Awesome! Its easier for you westerners to quit your jobs, sell the house and set off! Easier is ofcourse a relative word here. I am planning something like this in near future, but wont be a RTW trip!

Awesome!!! I used to read you blogs on ridedot.com.
Welcome on BCMT.

Awesome sir, ride we mortals can only dream off.

whoa man!! you are living a dream 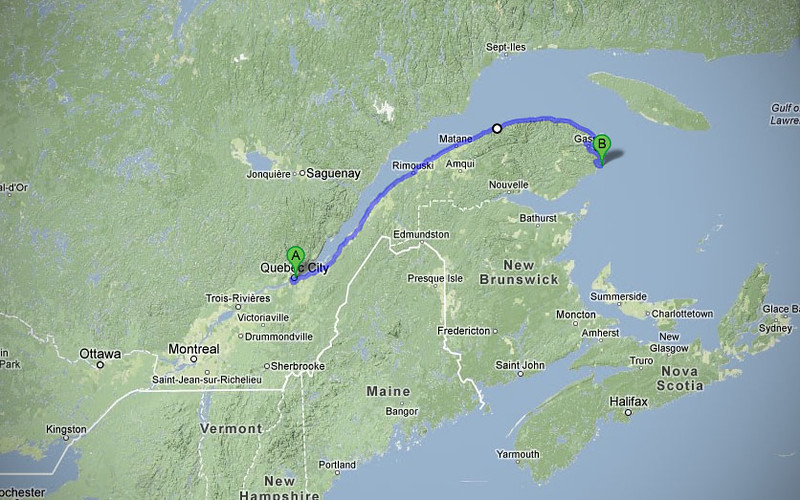 The Gaspe peninsula lies on the south shore of the Saint Lawrence River. It's kind of a pain to get to for most Torontonians because of the sheer distance to get to the start of the peninsula - about 1,000 kms by slab - definitely more than a long weekend trip. But since we didn't have anything to do for the next two and half weeks... 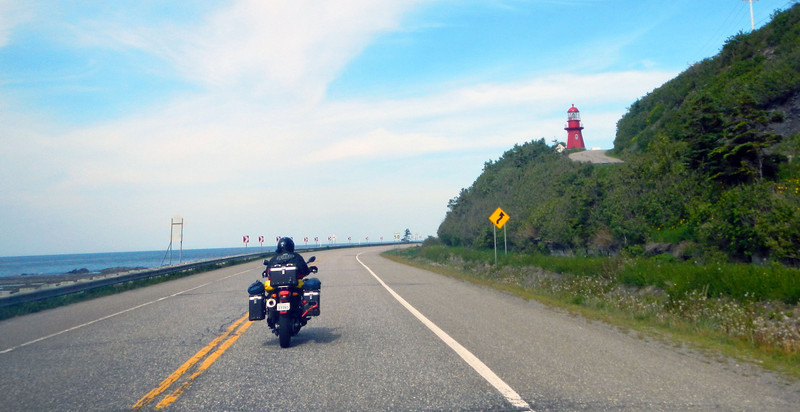 Riding around the Gaspe Peninsula

There are a lot of Can-Am Spyders riding around the area. I counted, and every third motorcycle we passed was a Spyder. Maybe Bombardier was having a sale for the locals? It got so ridiculous, that when Neda passed a Spyder, instead of waving, she would do the Incey Wincey Spider motion with her hand. Got some puzzled looks from that one! 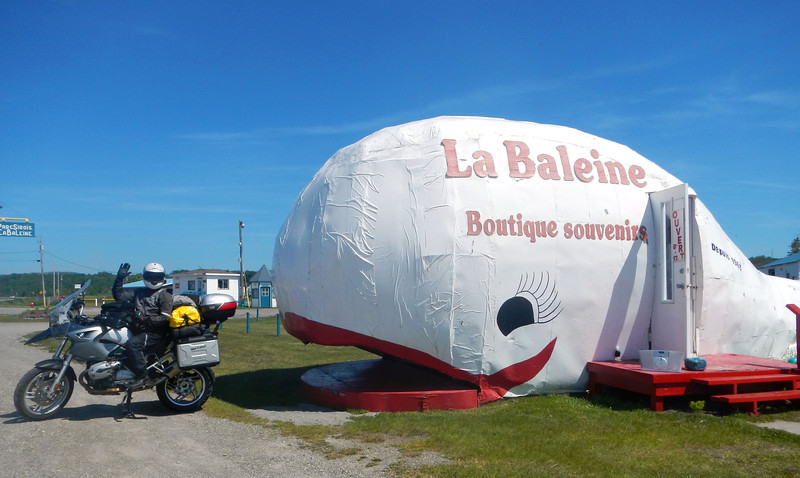 Souvenir shop on the shores of Gaspe

We stopped in Rimouski to eat our lunch in a parking lot of a grocery store and we saw what looked to be a motorcycle school. We thought it was just a basic licensing course until they started doing stunts! 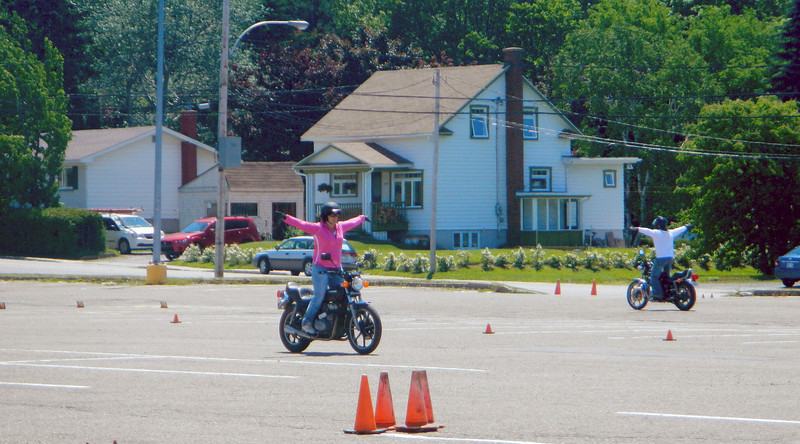 Highway 132 winds its way on the south shore, passing through many picturesque seaside towns. The weather here is cool, low 20s, and my Weather app on my iPhone is still defaulting to Toronto's heat wave. I've got a sliding window of three cities on my app now - where we are, where we're going to be tomorrow, and some mid-way destination. Nomad 21st-century style... 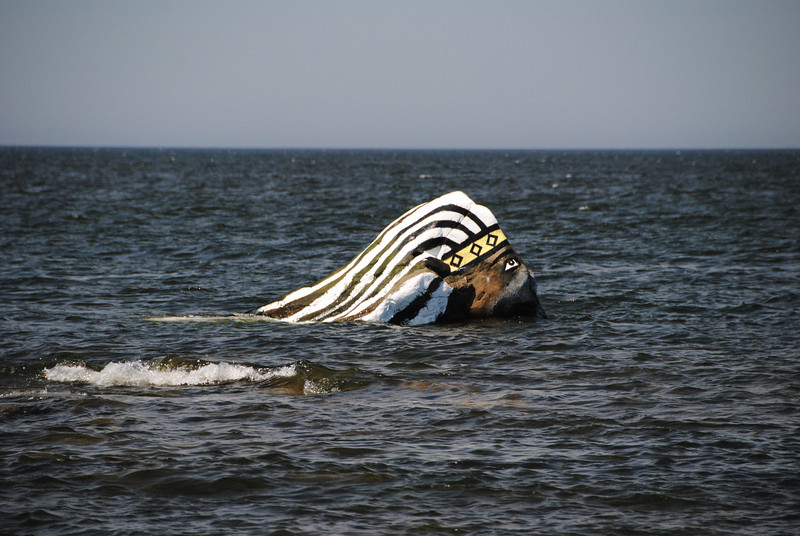 Someone painted the rock in the waters outside Saint-Flavie like an Egyptian Pharoah
Aptly named, "Pharoah Rock"

As we reached closer to the tip of the peninsula, the roads got tighter and tighter and we had a bit of fun twisting the throttle as we rolled into Forillon National Park. We arrived too late to go hiking and had to pitch our tent in the dark. Thank god it wasn't raining, as it usually does on our trips!

Big rock at Perce. We would ride around the coast and walk around the strait in about 20 minutes.

The next morning we set off south towards New Brunswick, still hugging the coastline past Perce to Chaleur Bay where we caught the highway south. We did stop to visit the big rock at Perce, as it's one of the famous landmarks in the Gaspe region. 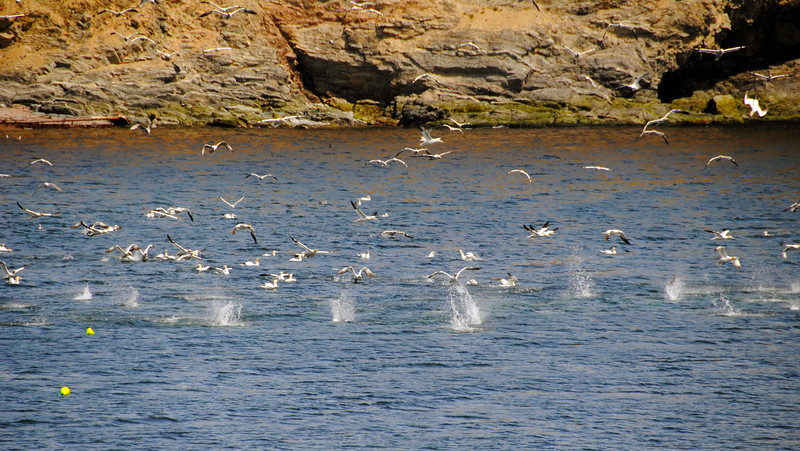 Cormorants dive-bombing the water for fish 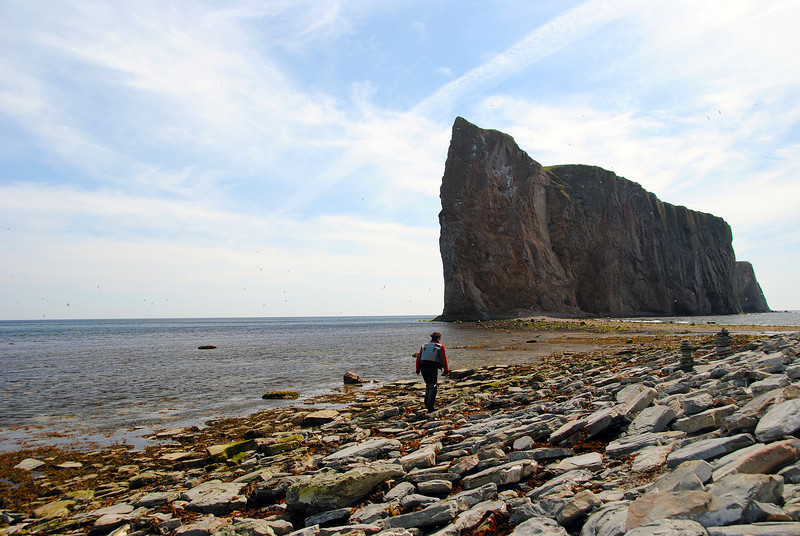 It was close to low tide, as the waters were low enough for you to walk to the rock.
If you waited there till high tide, you'd be stranded! 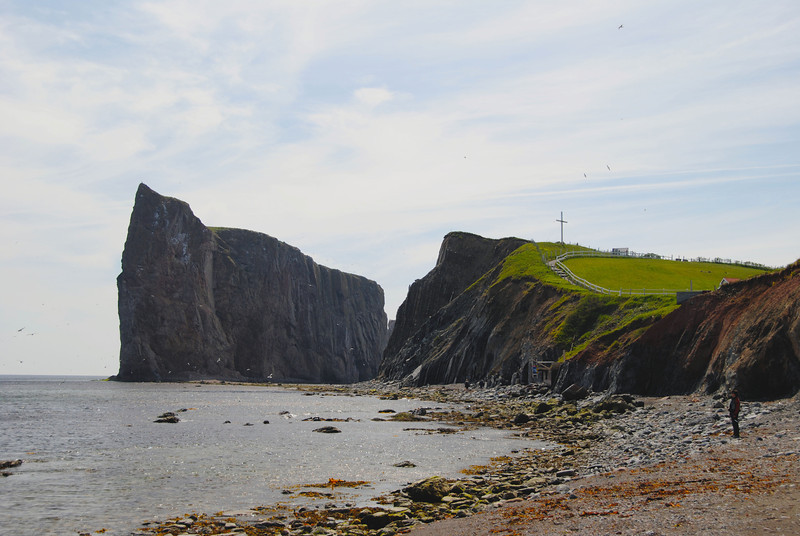 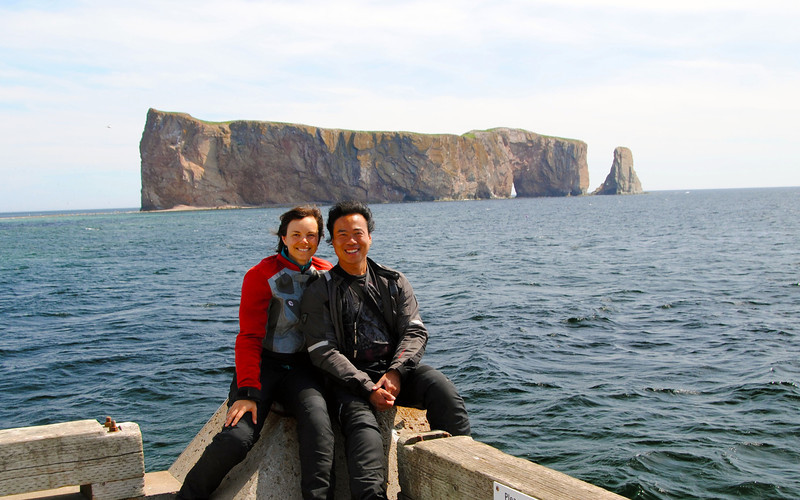 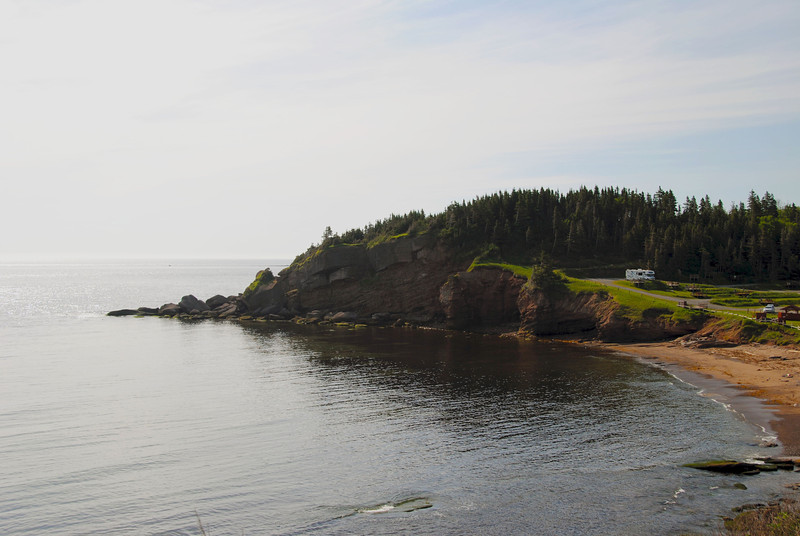 Coastline at the Gaspe peninsula. 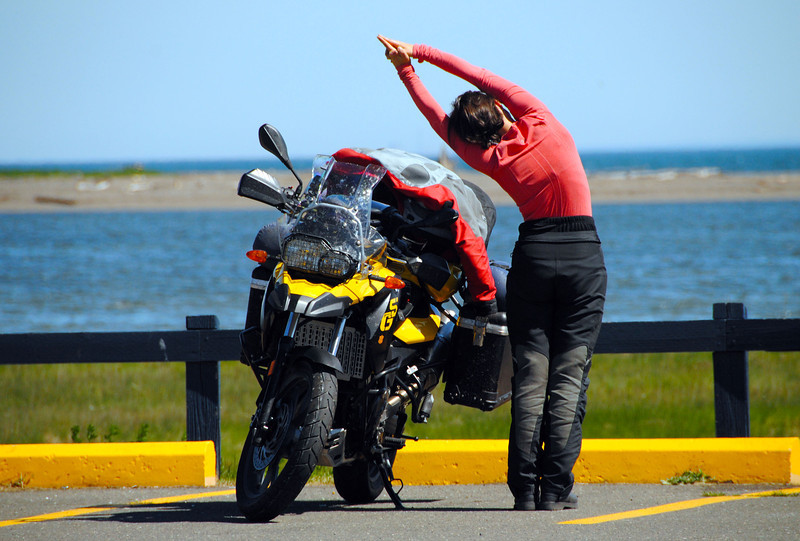 Big stretch break for the GS and Neda