this is my whole story how i came to know about motorsports and about raid de himalayas ,worlds second toughest motorcycle rally after dakar. and how i competed and completed raid de himalayas with a normal stock motorcycle hero extreme without any modification .lone non modified motorcycle of raid de himalaya rally .after coming back from nepal i came to know about the raid rally of raid de himalaya via internet so i just wanted to test my mountain riding skills .in this event motorcycles/scooter, and 4 wheeler takes part and cover distance of of at least 1500 to 2000 kilometer on dirt Himalayan road for winning in 4 or 6 days. sometimes temperature goes minus 18 during raid. before that i have never ever seen any motorsports event nor ever i was interested in motorsports - i saw raid de himalaya website and called main organizer mr vijay parmar over phone .2 month after i went to a marriage in district kullu hp so i also wanted to meet mr vijay parmar for raid de himalaya.i went to meet him-he is Baba of motorcyclist in india -he himself won raid de himalayas in initial days now he is main organizer and founder of himalayan motorsports.. raid de himalaya is considered second toughest rally in the world after dakar -and highest motorsports event in the world . very few people could complete it because there is a time limit to complete the rally -i was determined to compete though i had only platina and discover motorcycle- iwas not sure which motorcycle i will be riding in the rally -----------------Today। met great motorcyclist and adventurist MrVijay Parmar jnu alumani, pioneer of Raid de Himalayas (among the top ten rally raid in the world,, in which motorcycle and car take parts in a race in high altitude Himalayas, )he has made many records in Himalayan motor adventure।आज मैं शिमला में रेड दे हिमालया के प्रवर्तक श्री विजय परमार {जेएनयू एलुमनी]से मिला, विजय परमार ने हिमालय की सड़कों पर मोटरसाईकल |कार रेस शुरू करवाई।ये रेड दे हिमालया के मुख्य आयोजक है।रेड दे हिमालया विश्व की सबसे ऊंचाई पर होने वाली रोड रेस है।। 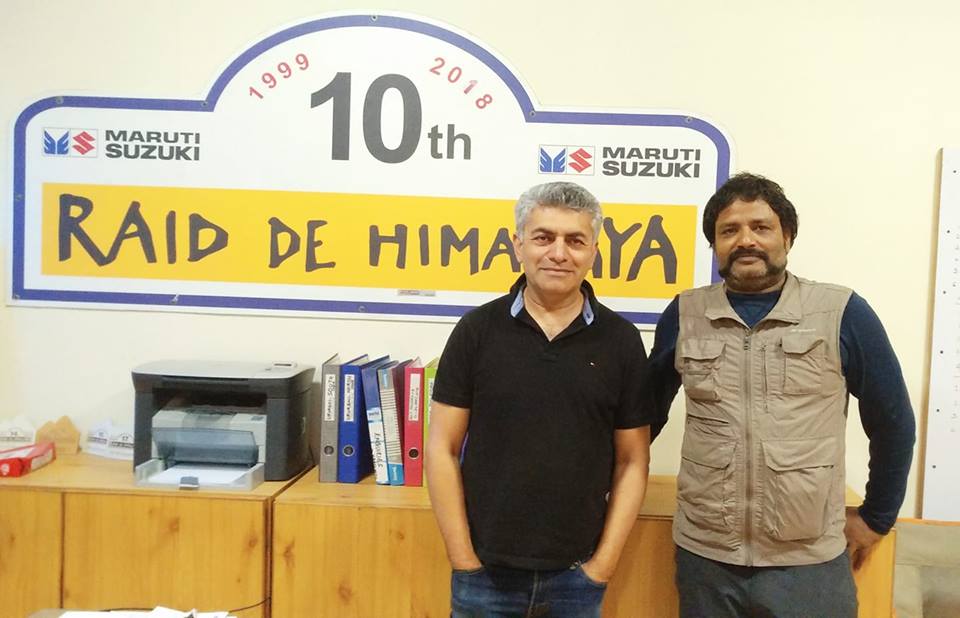 i was not having a powerful motorcycle i knew completing in race specially on high altitude requires a powerful engine as well as i need to learn some skills -mr vijay parmar suggested me to buy a bullet himalayan or impulse to compete in the raid -hero impulse is discontinued model now and i dont like bullet at all so i thinking for some options like rented motorcycle because i was not having enough money to buy a new motorcycle -i had decided if could not arrange new motorcycle i will take my discover 125 ..
Last edited: Nov 29, 2018

one of my friend from jnu times who is settled in china now mr Ashok who is in motorcycle business i asked him to help me to get a motorcycle -every year he export at least seven -eight lakh motorcycle from china to around the world -and he is main dealer of TVS 3 wheeler in china and owns a motorcycle company in china - he promised me to help and gave me money to buy a motorcycle in the month of august .i waited till 11 september because i wanted to buy new hero extreme 2 hundred cc and date was being delayed for no reason ----in photo my friend ashok - 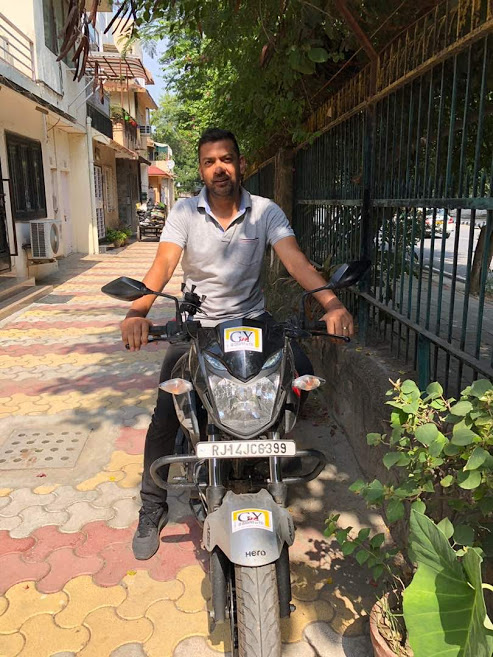 People in Raid are all supported by teams, company sponsors and modded bikes.
you doing it on a stock bike is really commendable..

waiting for the rest of the story..

finally on 11 september i got my motorcycle hero extreme 2 hundred r - i was the the first customer of this motorcycle on launching day so it was a grand celebration at surya hero ,jaipur- they orgnized a party and gave me a cake to cut -and invited a famous rj and a local politician 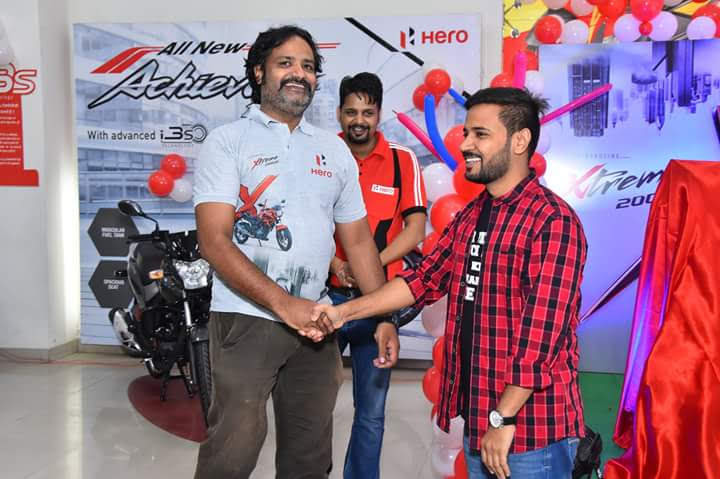 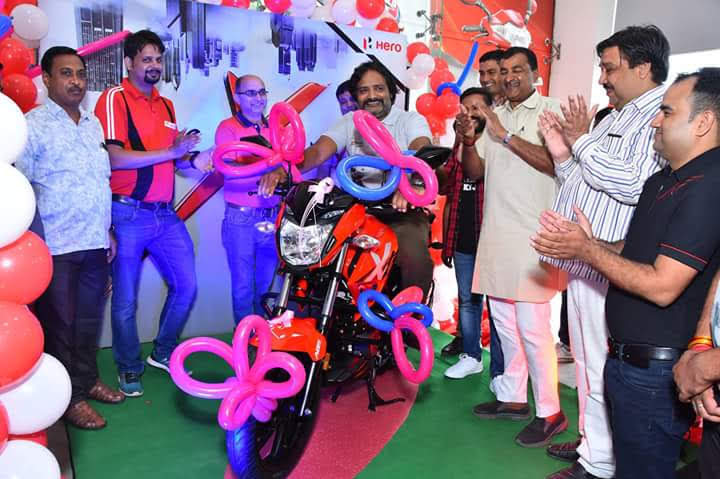 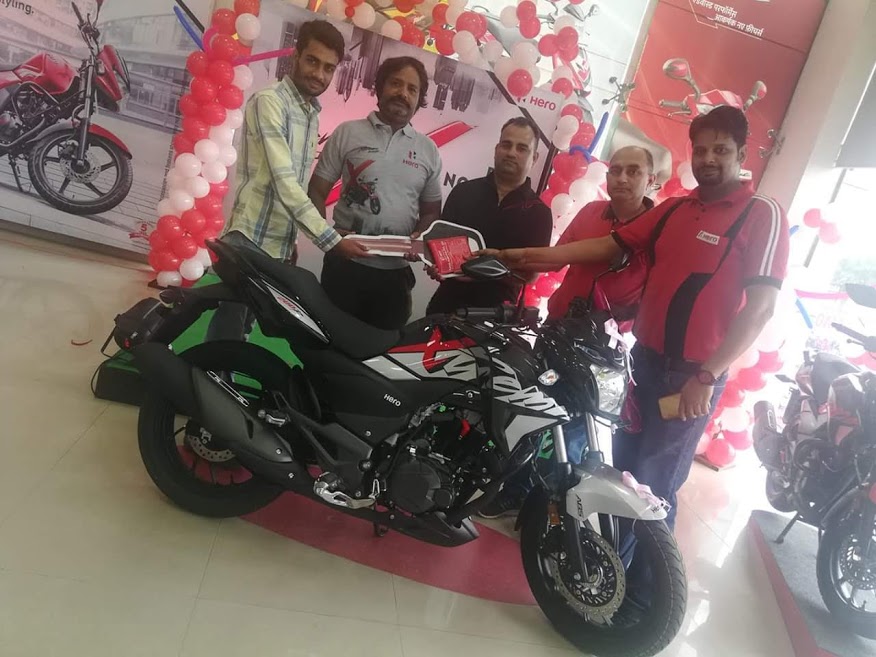 vijay parmar of himalayan motorsports advised me to buy gears from www.indianracingbazar.com owned by a racer namely jatin jain i ordered racing boot from there -it is a basic motocross boots . quite heavy -first time i was wearing any motorcycle safety gear except my 4 hundred rupees helmet- it was very uncomfortable-i was having problems in changing gears with these cumbersome boots -earlier i thought it was wrong decision to buy such boots and it will be very difficult to ride with these boots but my idea was wrong after some days i found these boots very useful from safety point of view and i become habitual of changing gears withn couple of days -- fly racing maverik motocross boots -price 9500Rs 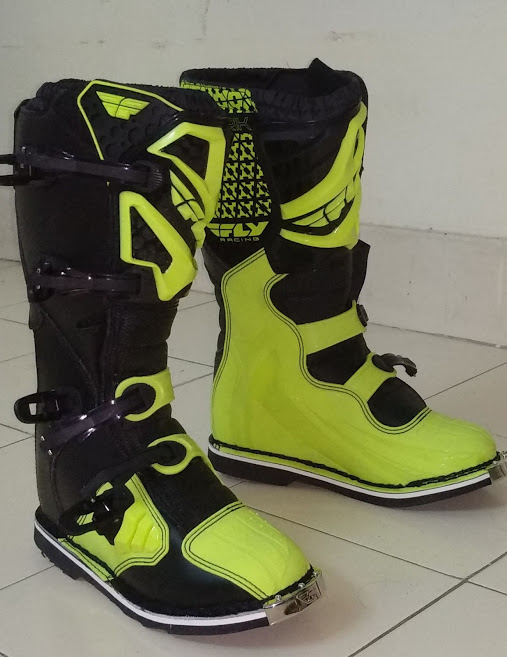