A nice Travelogue depicting the interior part of our country and about the places & peoples living there. The pictures are also very nice. ( BTW i think the banana you have taken must have increased your Diarrhoea. . Anyhow you are alright the next day. Nice.)

rrstallion said:
A nice Travelogue depicting the interior part of our country and about the places & peoples living there. The pictures are also very nice. ( BTW i think the banana you have taken must have increased your Diarrhoea. . Anyhow you are alright the next day. Nice.)
Click to expand...

Thank you rrstallion. It was a nice experience to appreciate the culture.

It was a day of relaxation. Herold and I went in car to pick up Theo, my nephew who was coming back from Dehradun after attending his friend’s wedding. Theo (Theodore) studies journalism and he is in his final year. Theo travelled to vizag by flight and came to Sogur via bus. We went to get him as the bus will take a longer route to reach Lamtaput.

We came home and had ‘Semia Upma’. I was hogging it with coconut chutney as if starved to death. Afetrnoon we had Puliodarai or tamarind rice with potato fry and egg.

Herold got my bike washed from a nearby water service station. In the evening i helped Herold to pack his car with their luggage.

We had chappathi, chicken and scrambled egg for dinner and slept early.

We got up at 4 am and within 15 minutes we were on road to Jalaput reservoir. The road route was suggested by Theo. The plan was to reach Vijayawada from Lamtaput via Jolaput reservoir, Paderu and joining the national highway at Tallepalem. 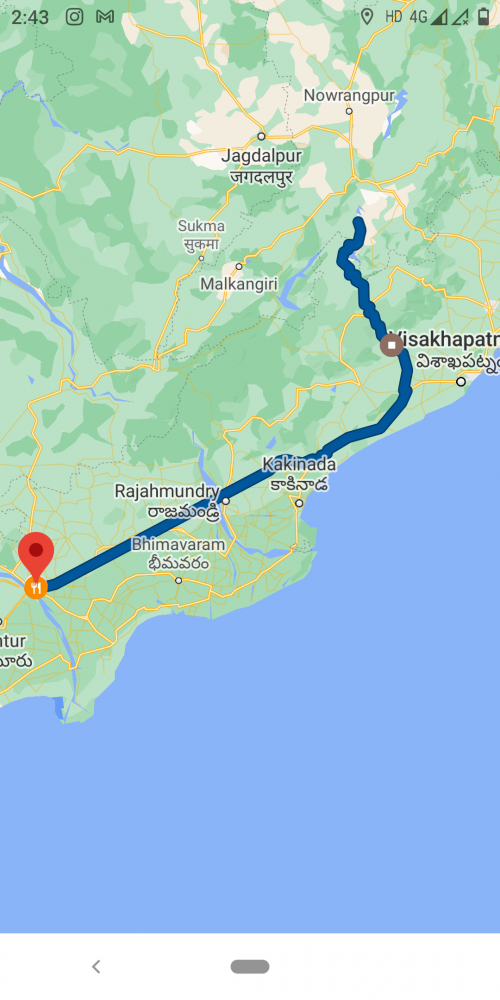 Took 12 hours in the rain to complete the ride.


There was an on and off drizzle till we reached Tallepalem. The huge Jolaput reservoir was mesmerizing in the moonlight. We road across the dam with one side full of water and the other side water gushing out to the valley below. I could not take photos as there was constant drizzle which forced me to pack my bags rainproof and my mobile inside my Riding jacket.

The route turned out to be time-consuming as it was going through narrow roads in the villages. We stopped somewhere near Arakku and had bread sandwiches and Beef curry. 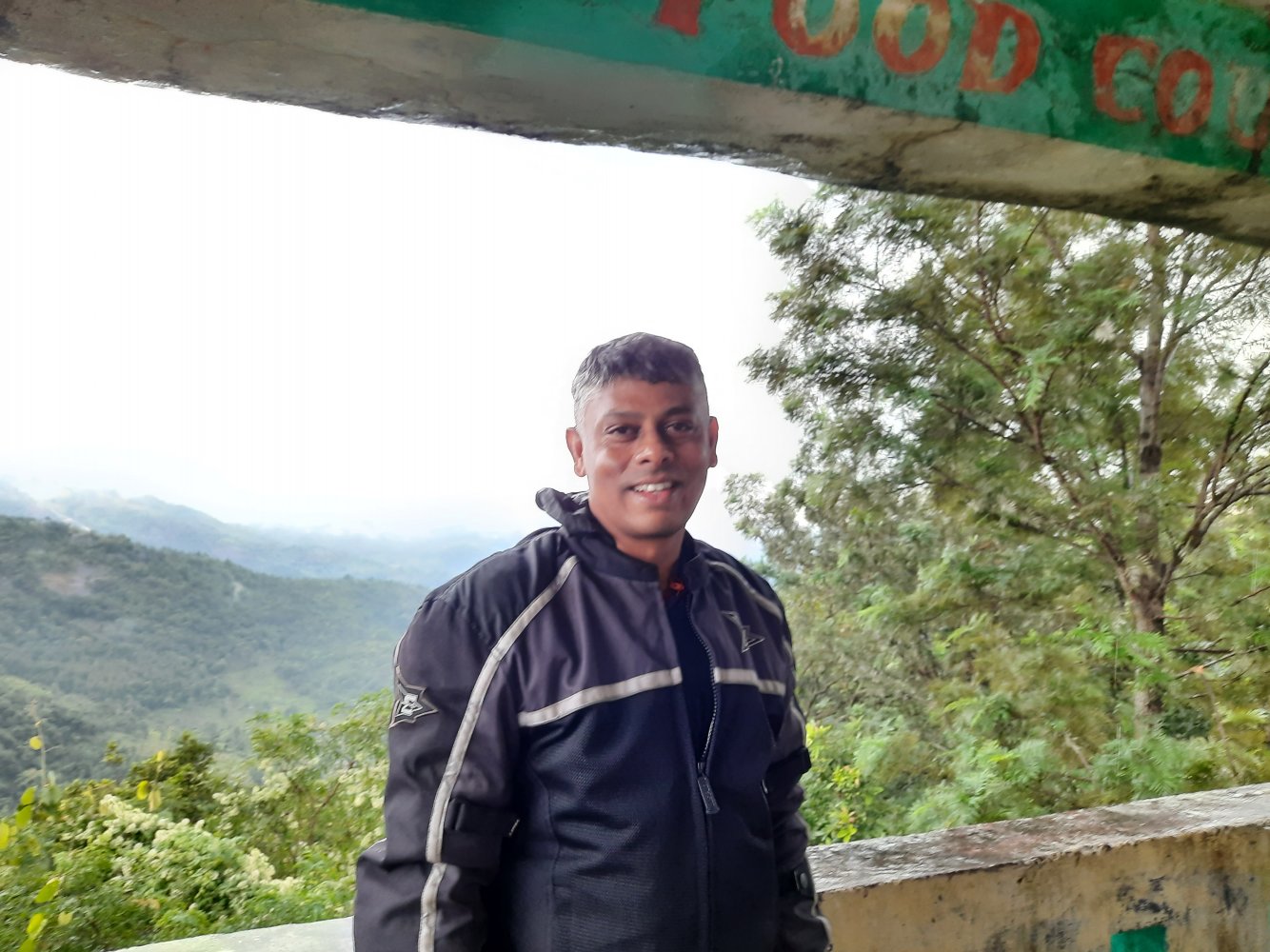 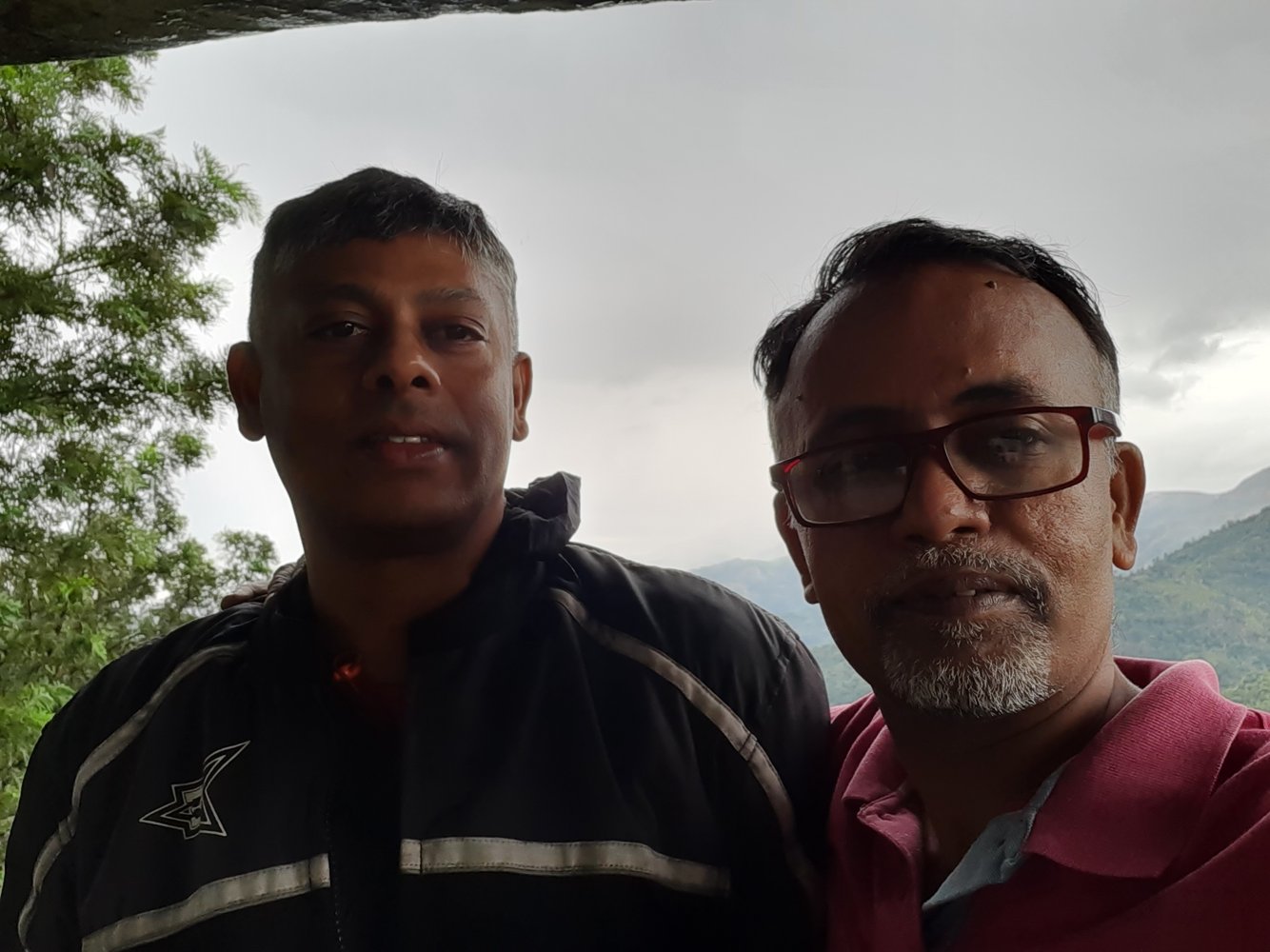 Herold and I near Arakku 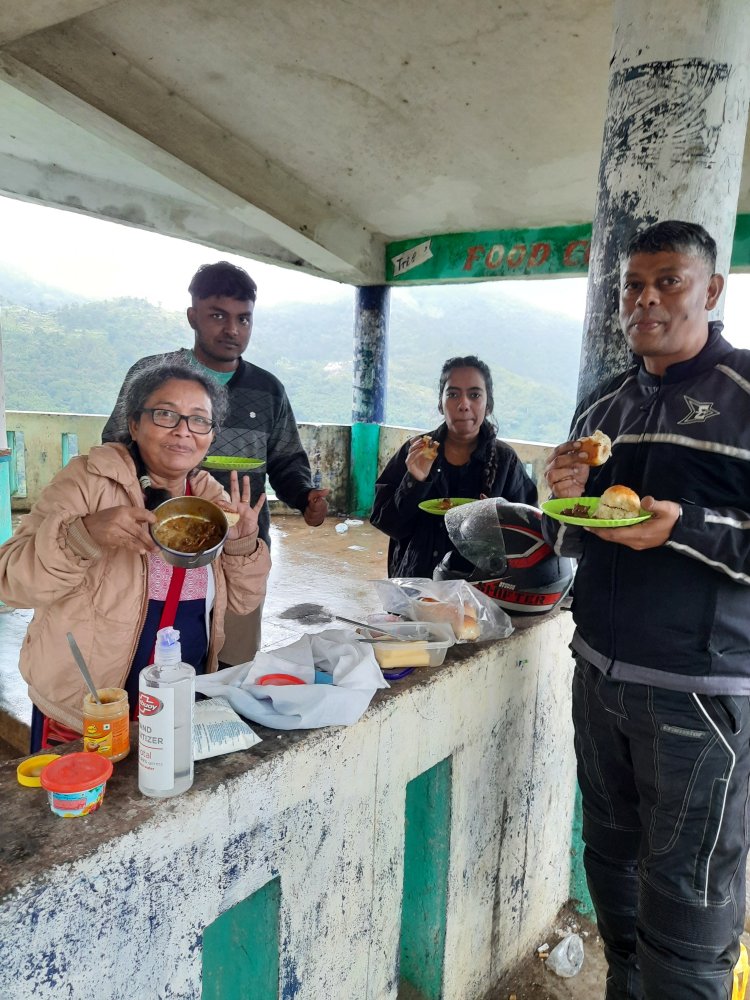 Jamuna Akka, Theo, Ashika and I, posing with our Breakfast.

We could not ride together as I was at traffic went head zipping past the narrow spaces and at times they were making up a good speed in the highway. 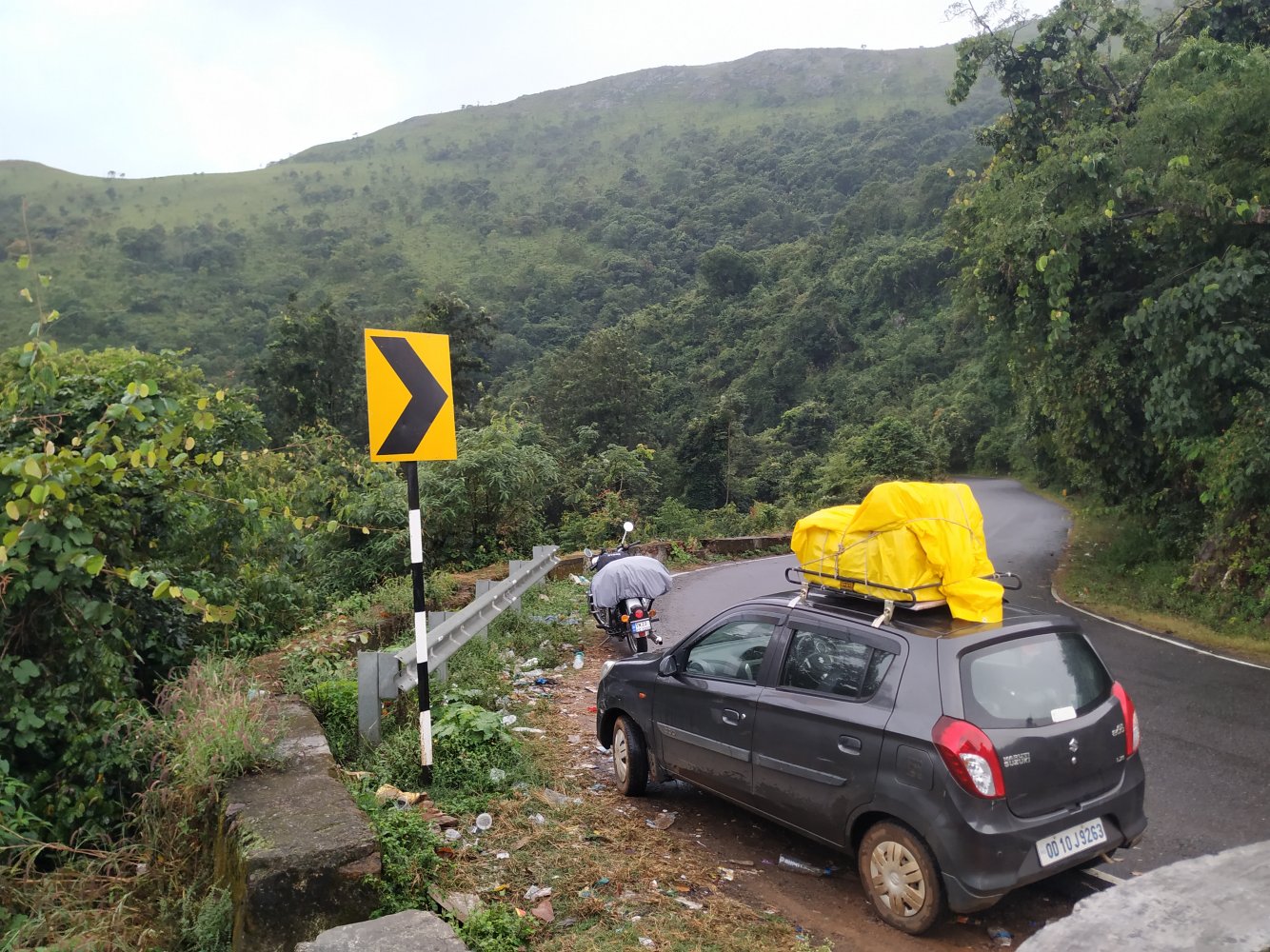 My bike and Herold's car near Arakku.

Near Rajahmundry, in front of GSL medical college, an auto cornered me to the divider wall in the four-lane by suddenly changing lanes from left to right. I braked and stopped but my right footrest rubber was rubbed to the wall and the metal bar inside was exposed.
From Rajahmundry to Vijayawada, there was heavy rain. My gloves were completely wet and I started losing grip with the gloves and the hand was paining. I stopped and removed the gloves and rode the rest of the distance bare hand. We had plans to meet and stop for the lunch but with the heavy rain, I did not feel like stopping anywhere. The Google maps did not work properly when switched on in my mobile close to Vijayawada. So I ended asking the route for William Carey guest house in my broken Telugu and reached the place by 6 pm. I was totally drenched and exhausted. Herold reached the guest house, a little later. After refreshing in the room, we went to have dinner. Theo and Ashika bought from Mc Donald’s and they were staying in the room. We three went out and had a nice Hyderabad biriyani, Naan and butter chicken at Food Castle, Vijayawada. 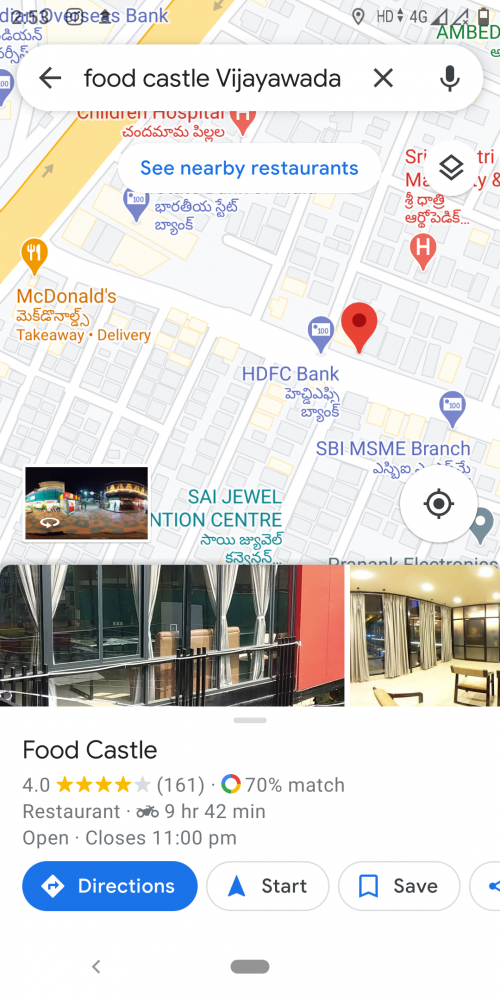 
I met Vamsi and Jebaraj at the guest house. Spoke for a short time about the trip and went to bed early around 9pm.

Herold came and woke me at 4 am. I had a severe headache. I was slowly getting ready but Herold left around 5 am in the car. After putting on my rain-soaked boots, I was not feeling ready for the ride. I was struggling with my luggage. Vamsi, the inn keeper’s brother was awake and he helped to bring the bike from the parking lot and loaded the luggage. At 5.30 am I left saying bye to him. I started riding without GPS as the road was clear with signboards. It was raining near Ongole. So I stopped to have tea. After seeing the truck drivers eating egg Dosa, I also order one and ate. I also had minute pulp orange juice to keep myself hydrated. The heavy headache was probably due to dehydration on the previous day ride in the rain skipping water and food. So I was cautious to drink water and juice and to have proper stops during the last day ride. I wanted to reach home event free. I called and told Herold that I am moving ahead and not to wait for me for lunch. They were actually behind me as the nuts came off from luggage carrier on top and they spent time in a repair shop.

I stopped again and had tea and water near Nellore. 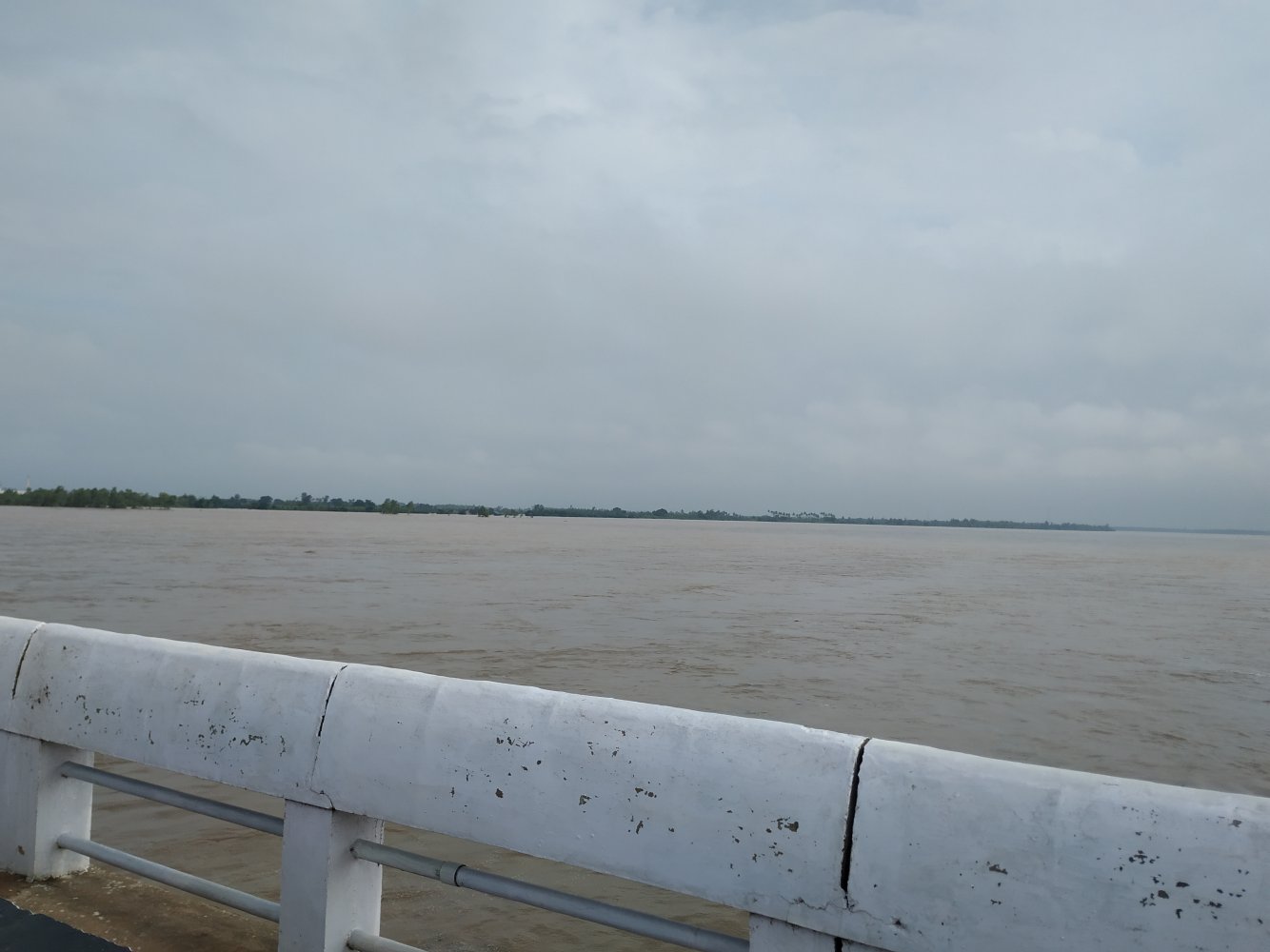 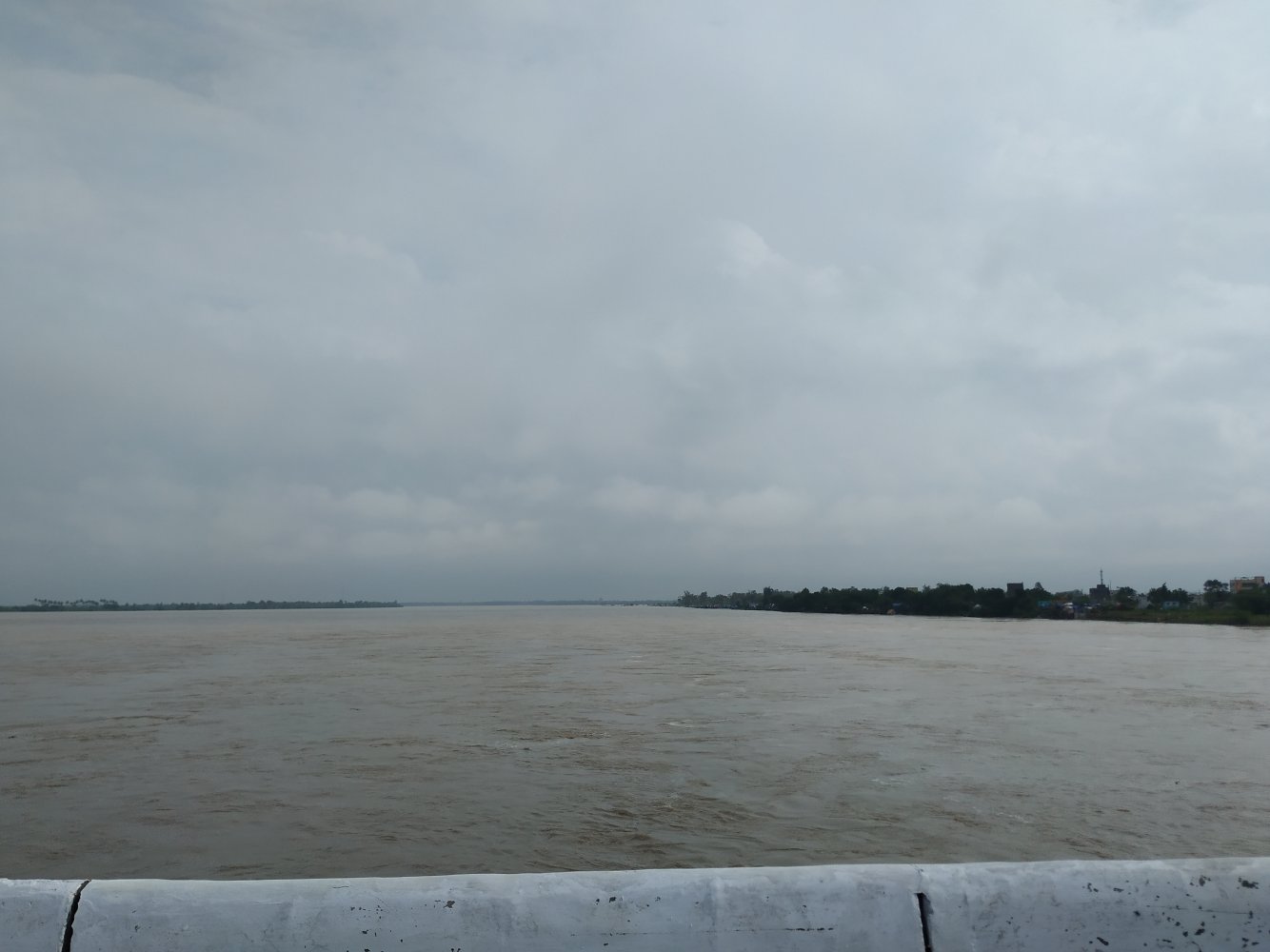 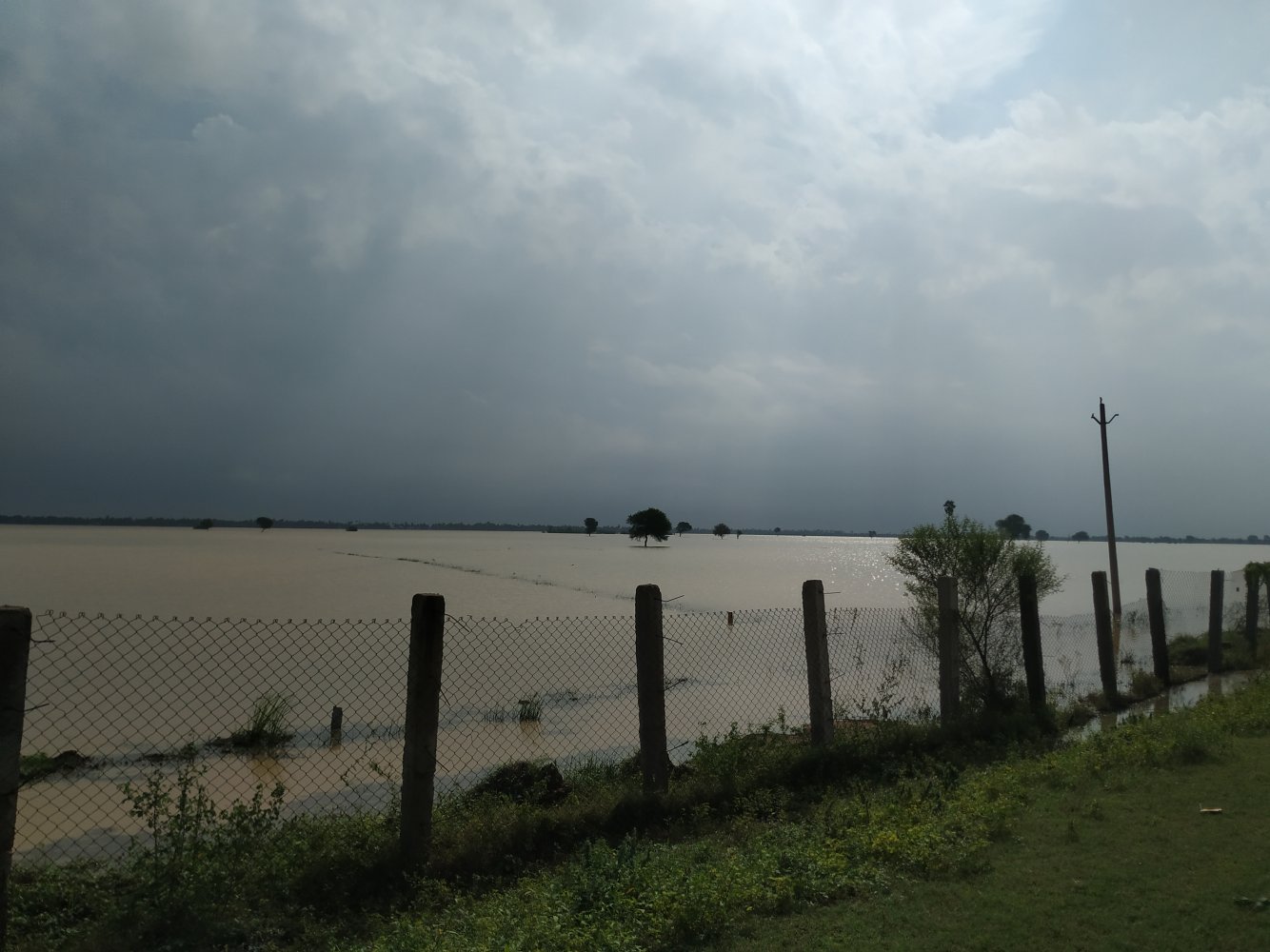 Flooded fields on the way after Nellore. 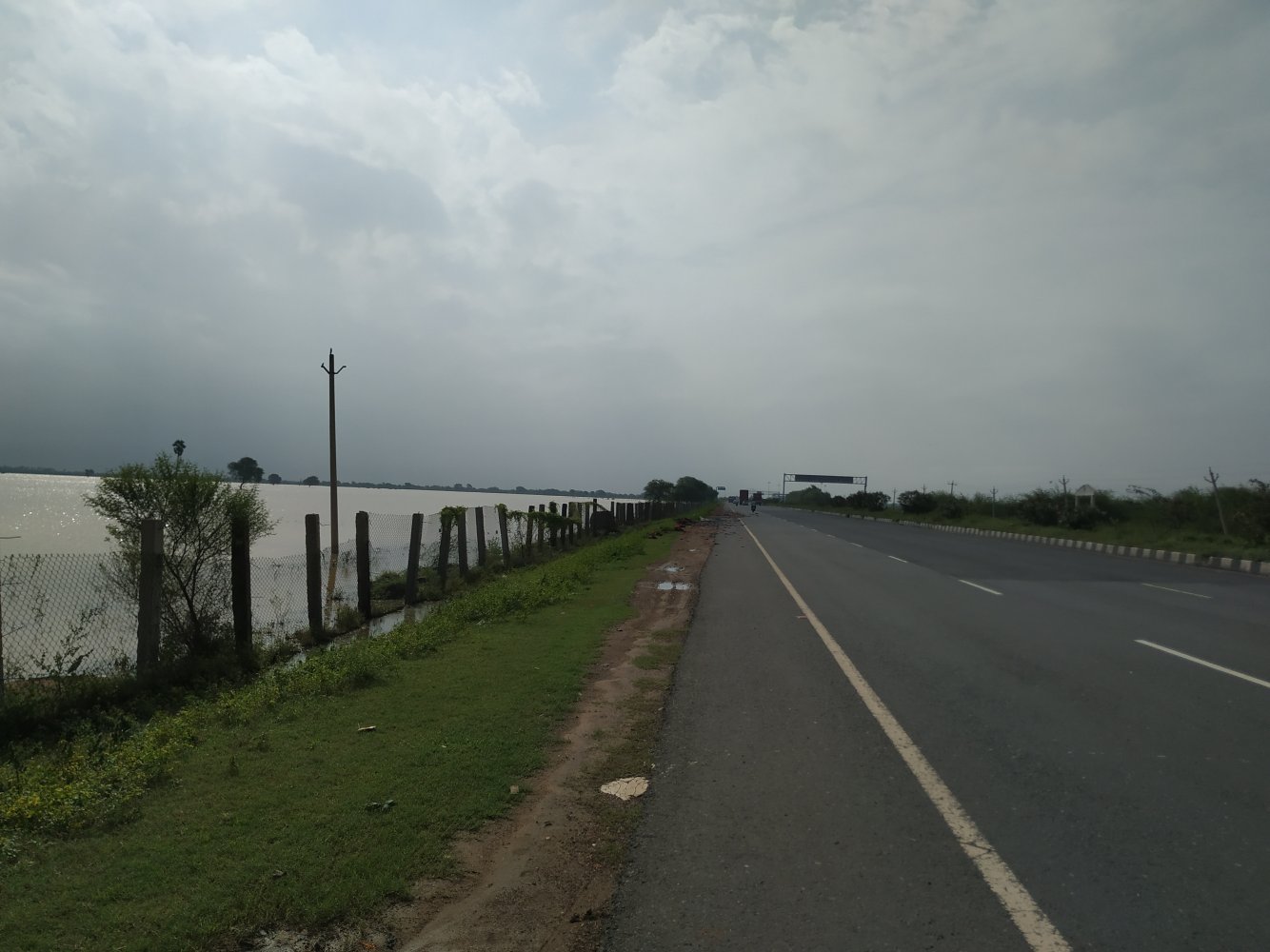 After Nellore, there was flooding and a water crossing on the highway. The cyclone "Nivar" has made Havoc. The police showed a makeshift bridge diversion for small cars and two-wheelers while the trucks and SUV’s went passed the flooded waters effortlessly. I switched on GPS 37 km before Naidupetta and exactly 11 km before Naidupetta I took the diversion from highway to a rural road connecting to Kalahasthi road. I started feeling “Home” and pulled the throttle. I had an Appy Fizz drink, half a litre at Pallipattu and started again. 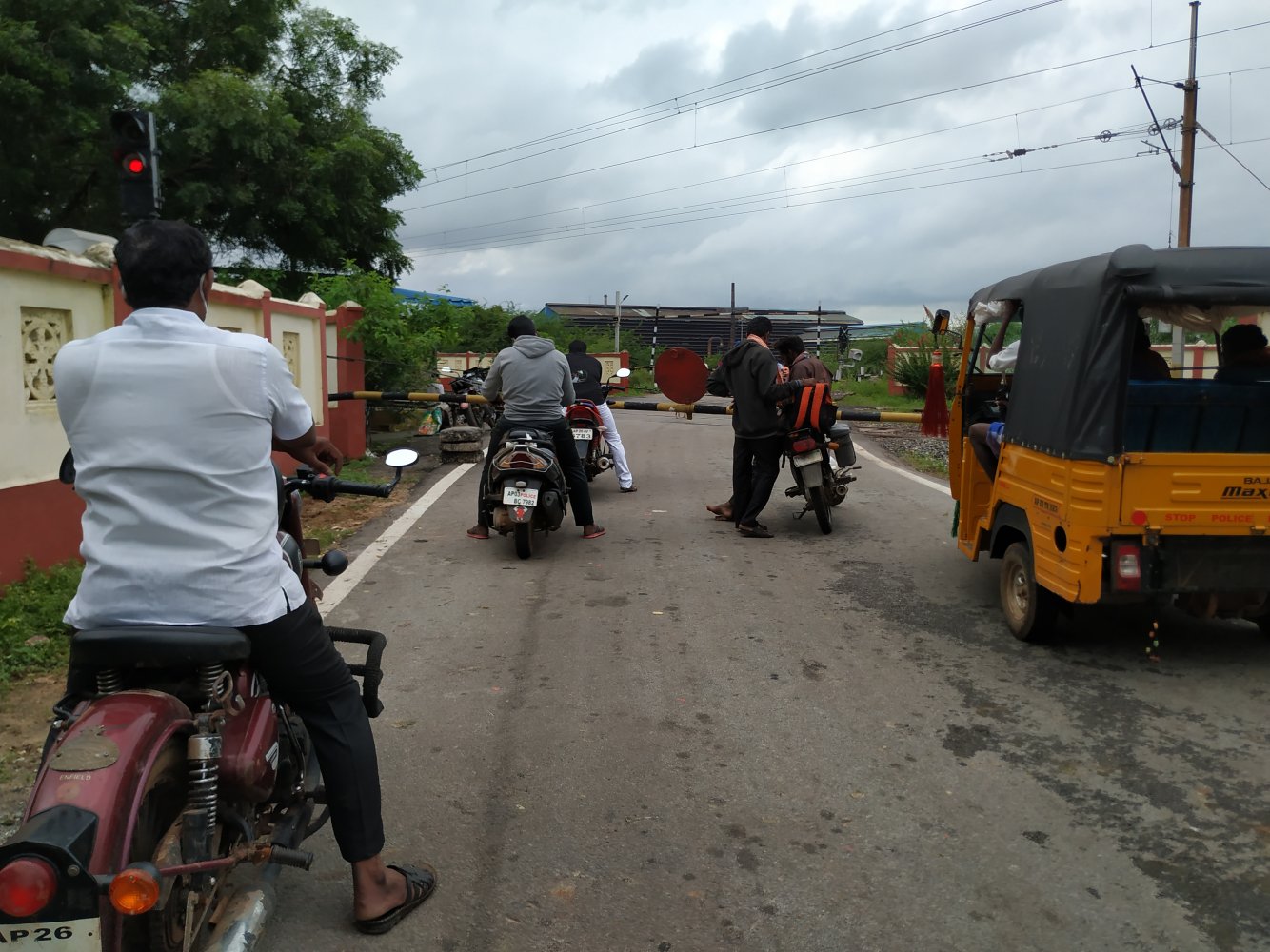 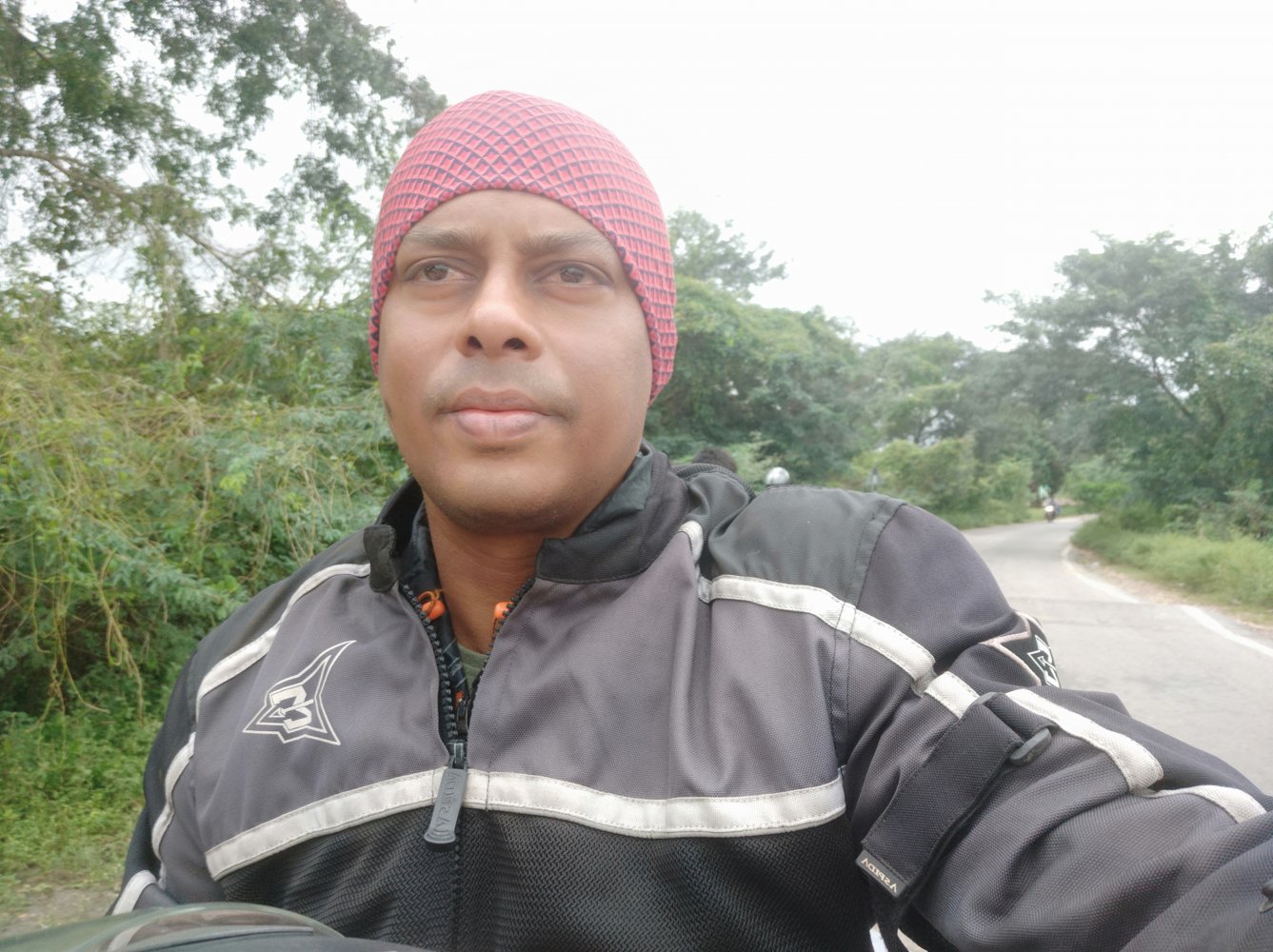 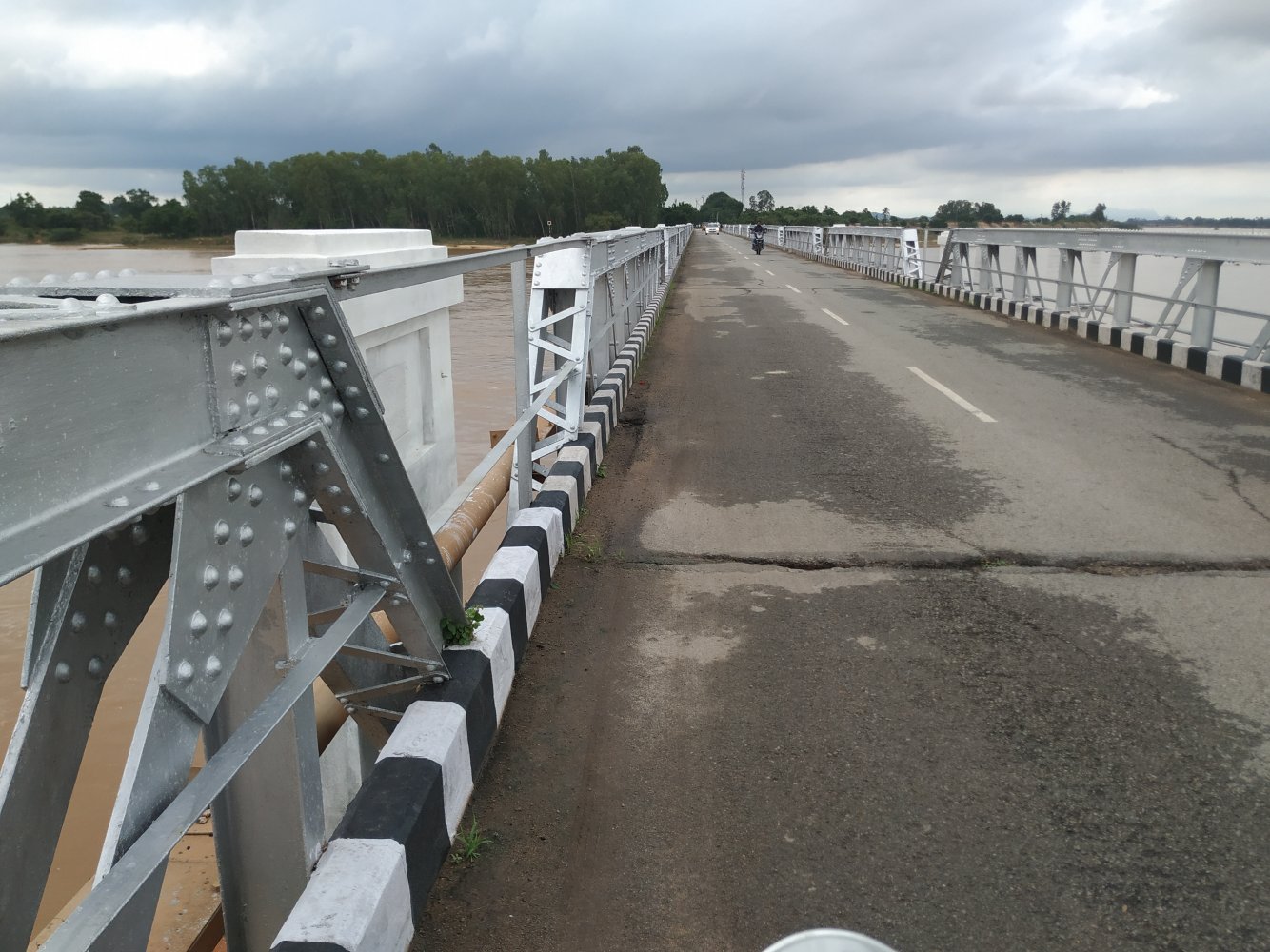 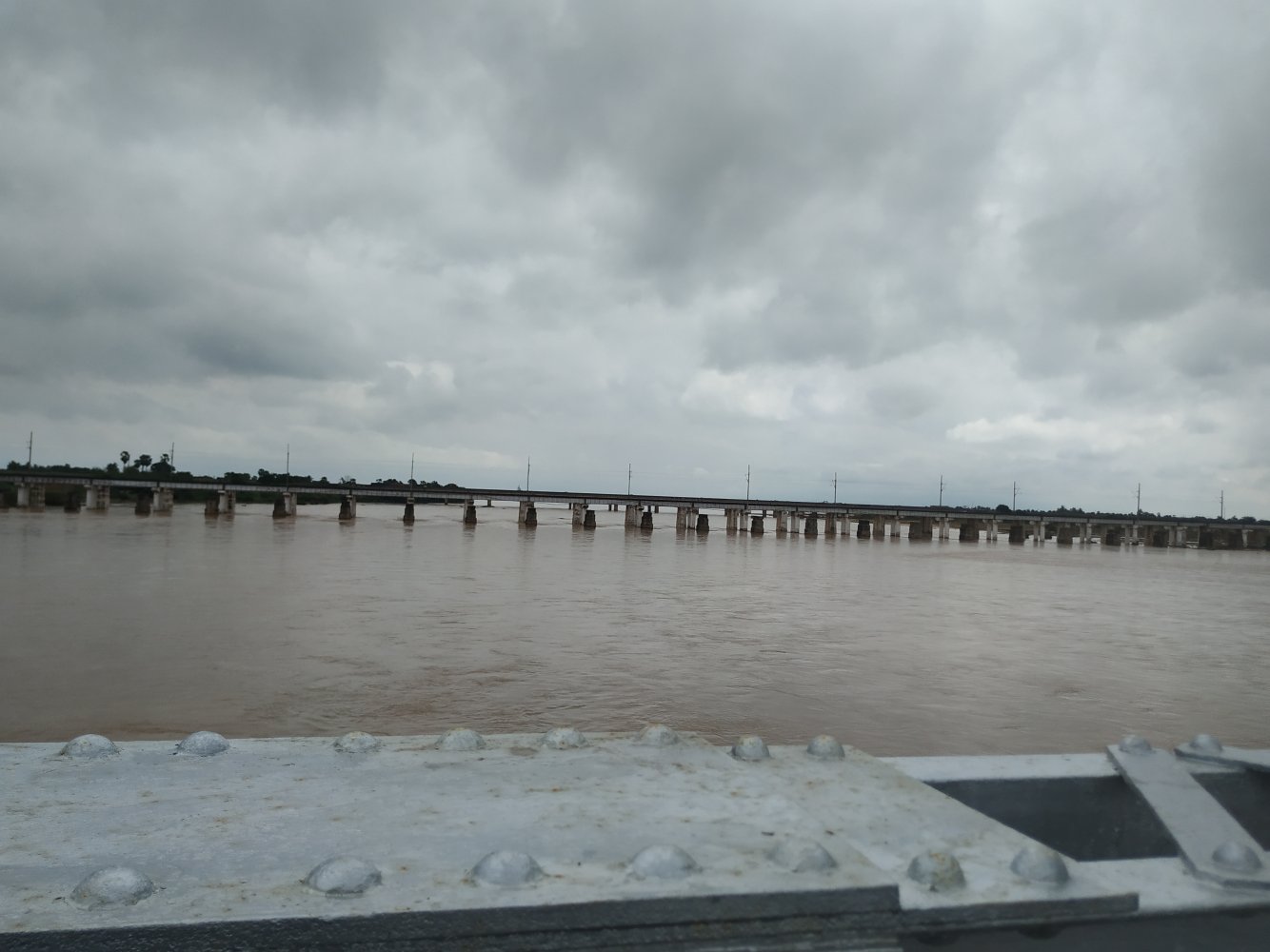 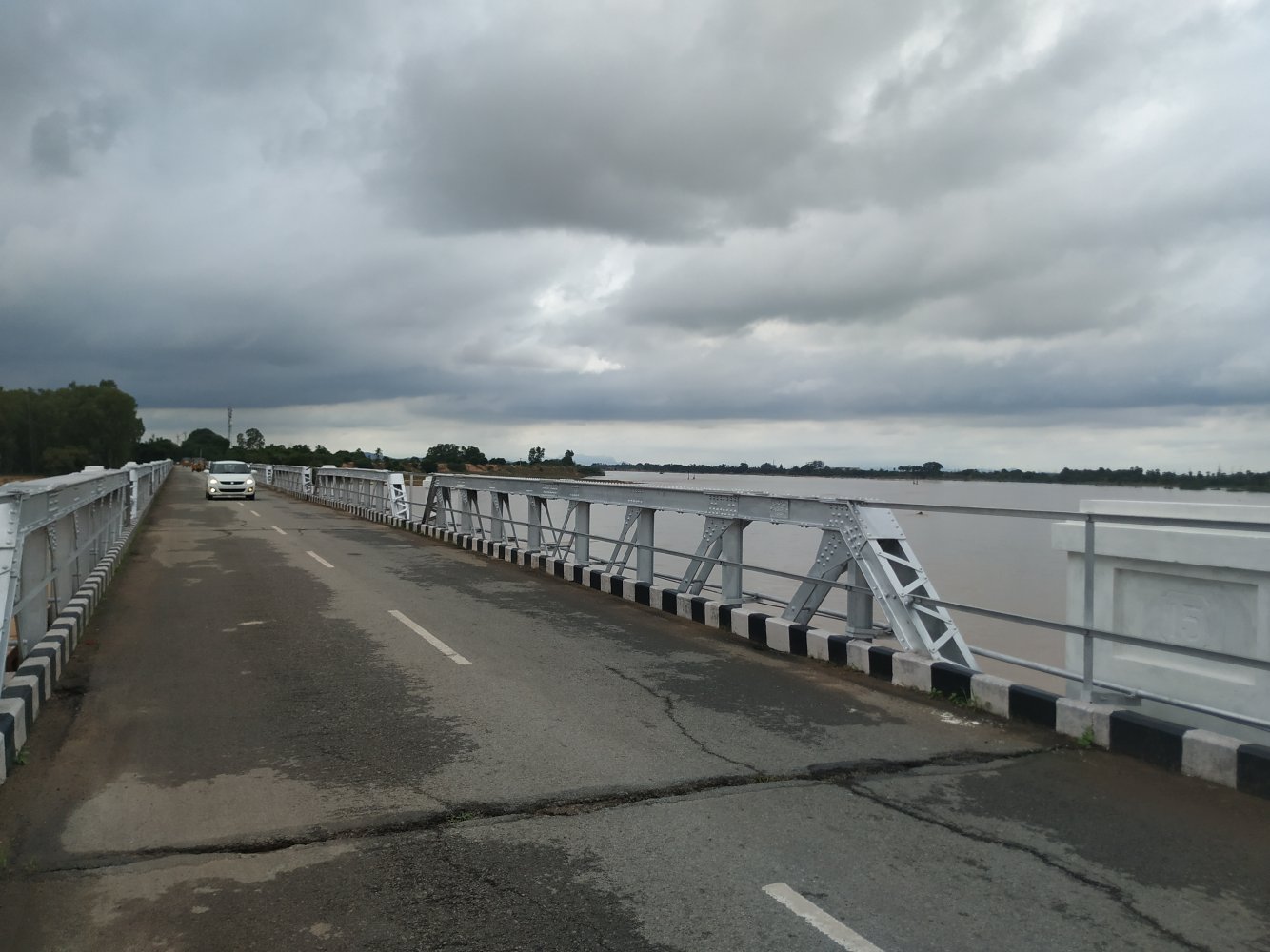 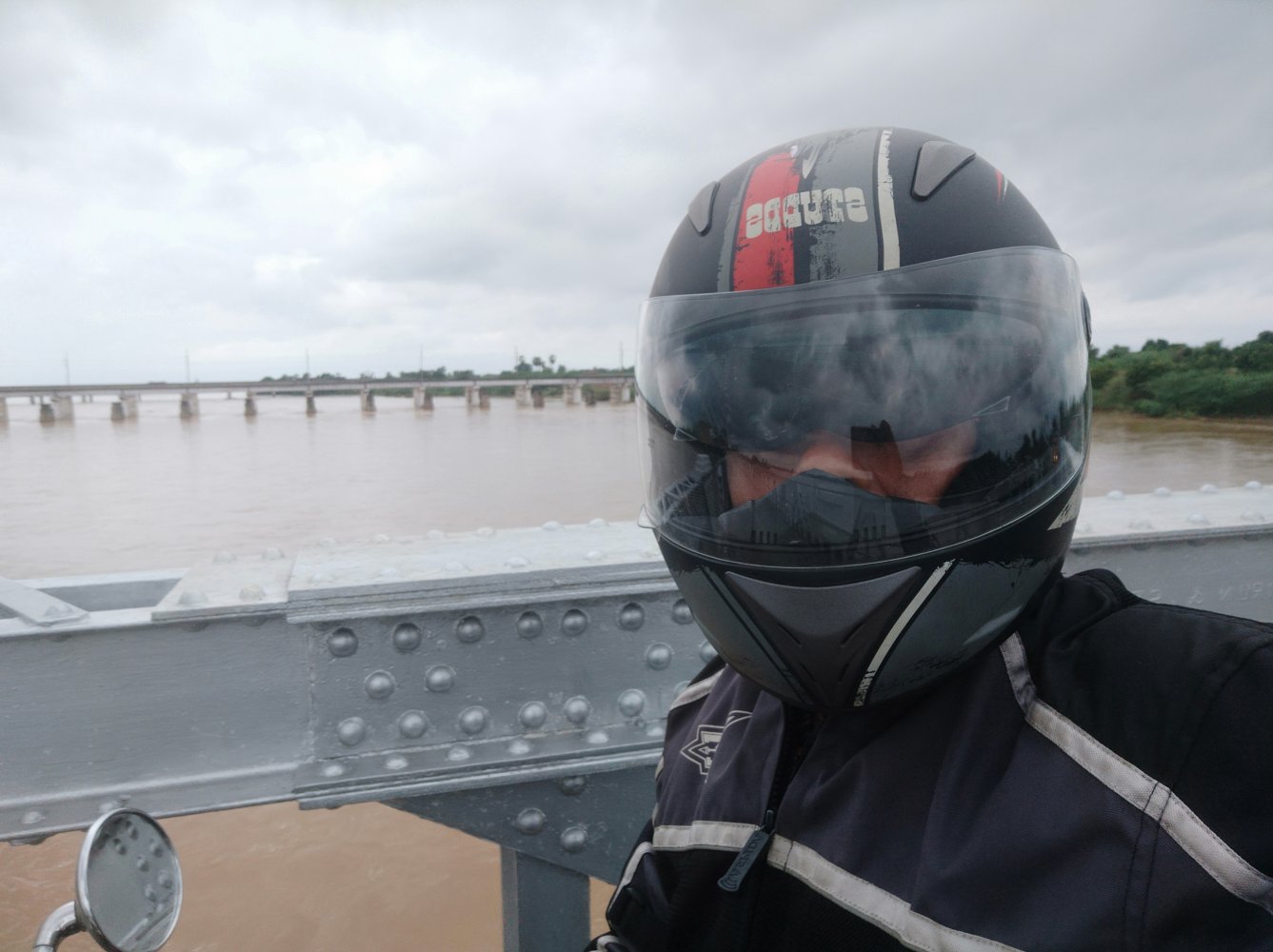 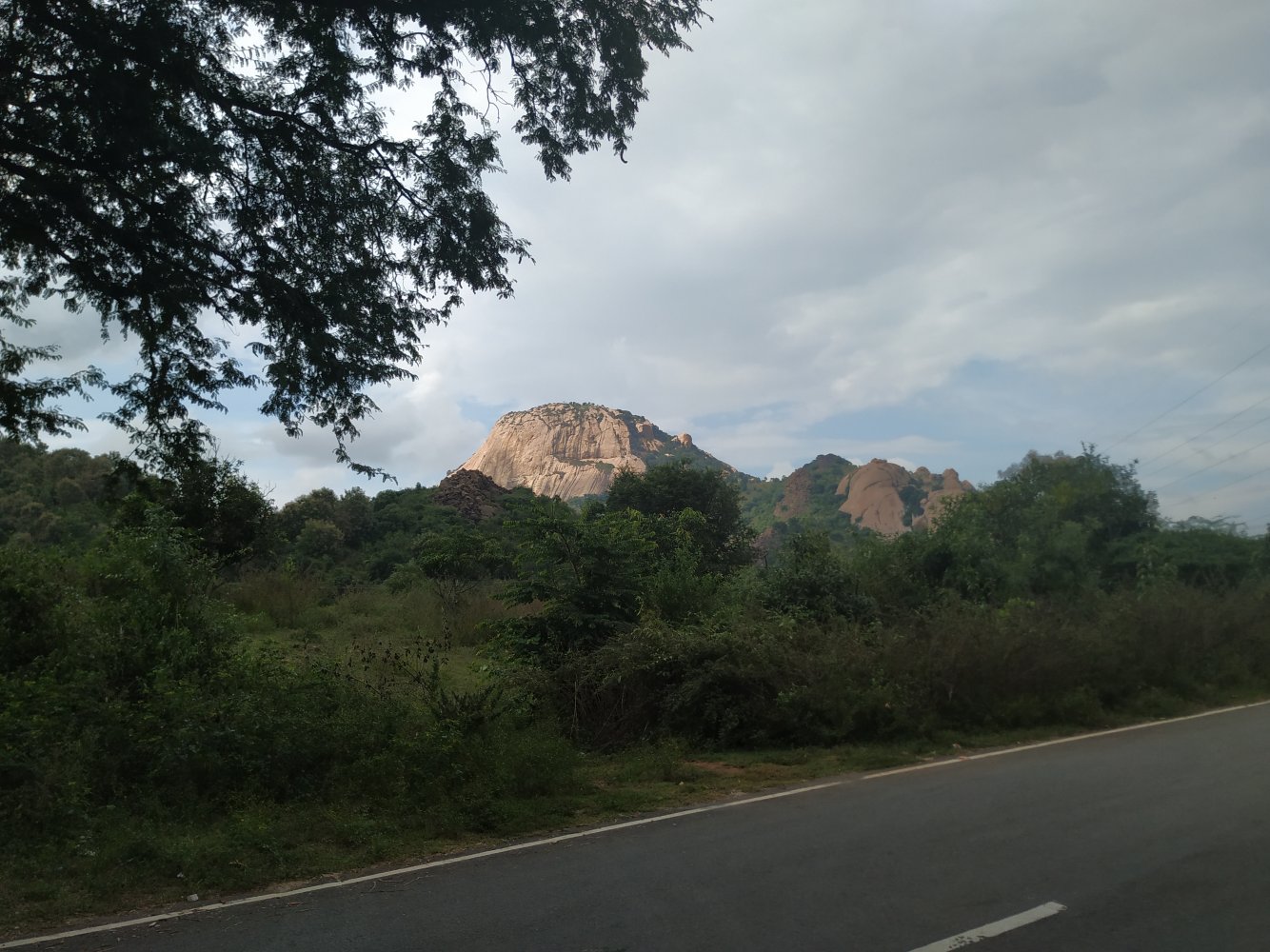 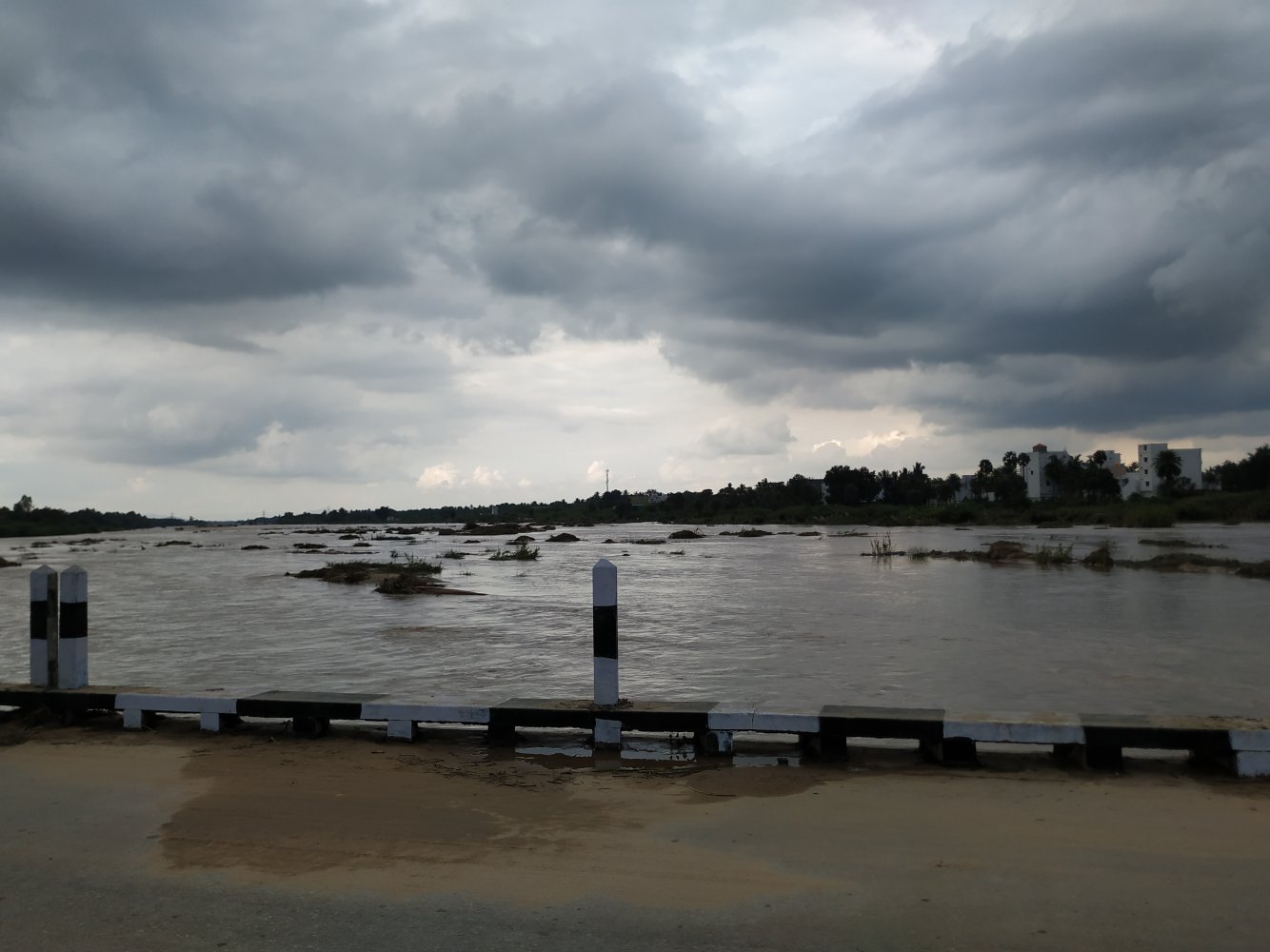 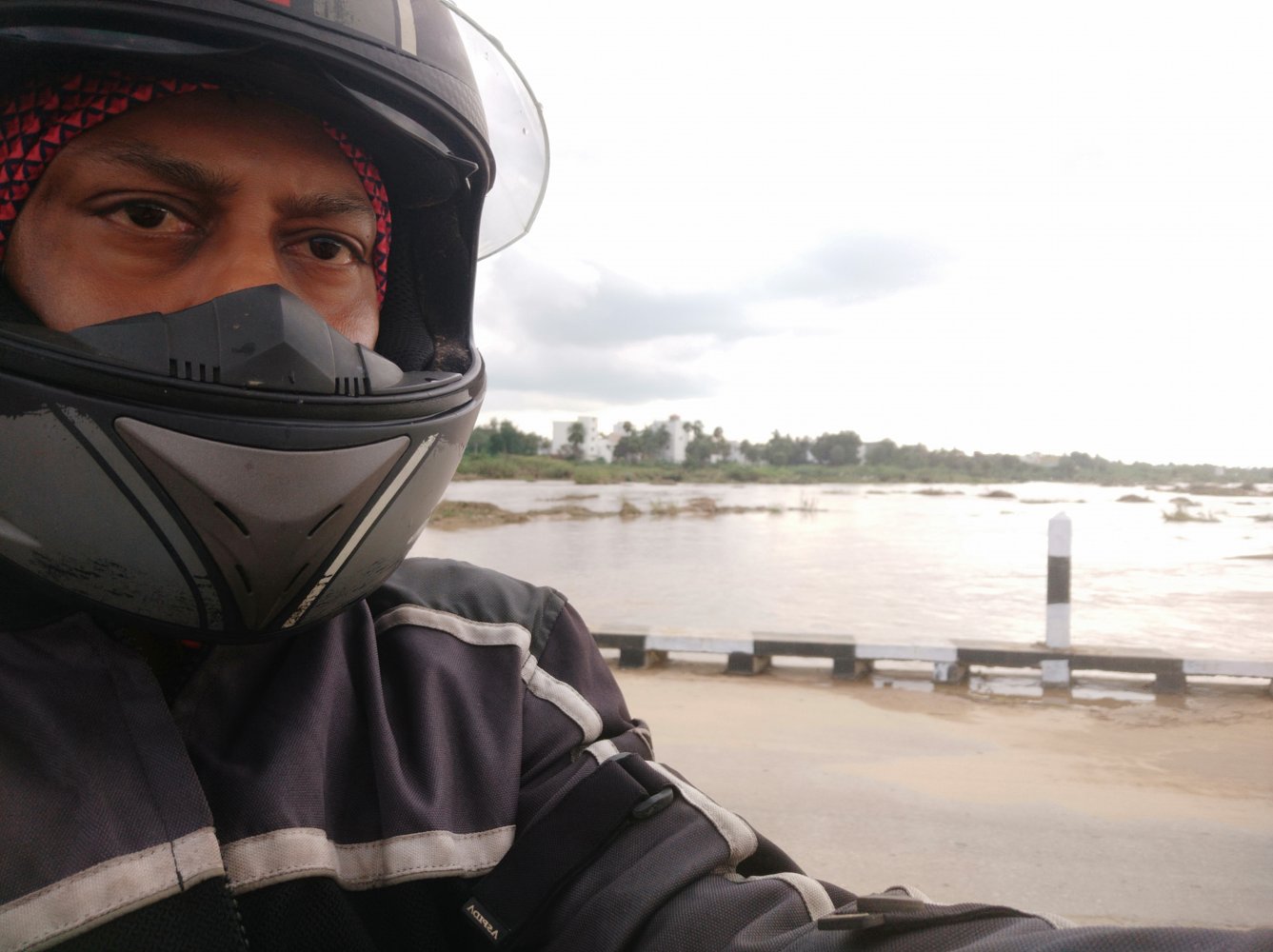 I reached home with a warm salute from the main gate security Mr Kuppusamy and a vociferous welcome by my children running out from my quarters on hearing the bullet sound. 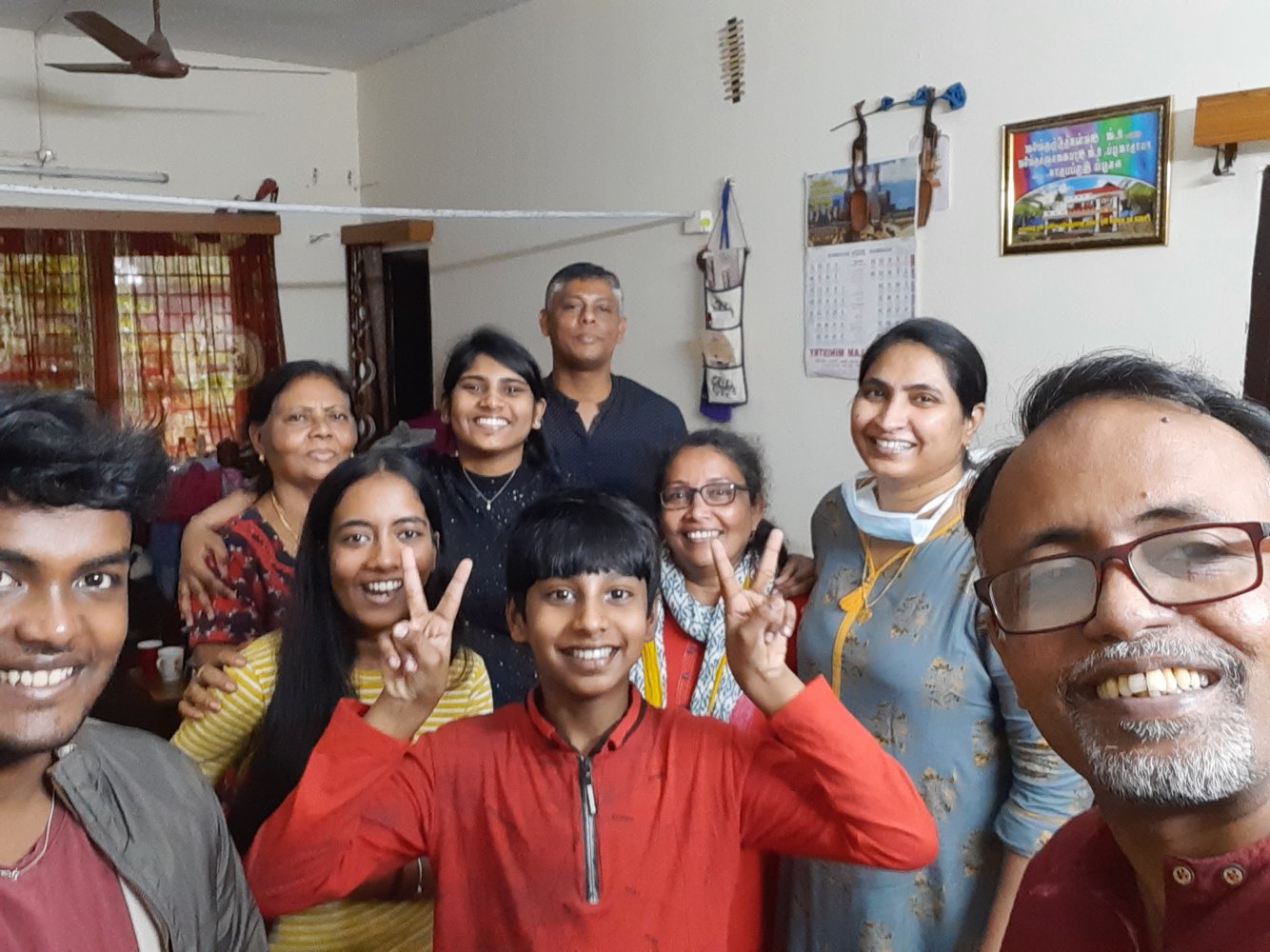 I am back to my "Home sweet home", with Herold's family. 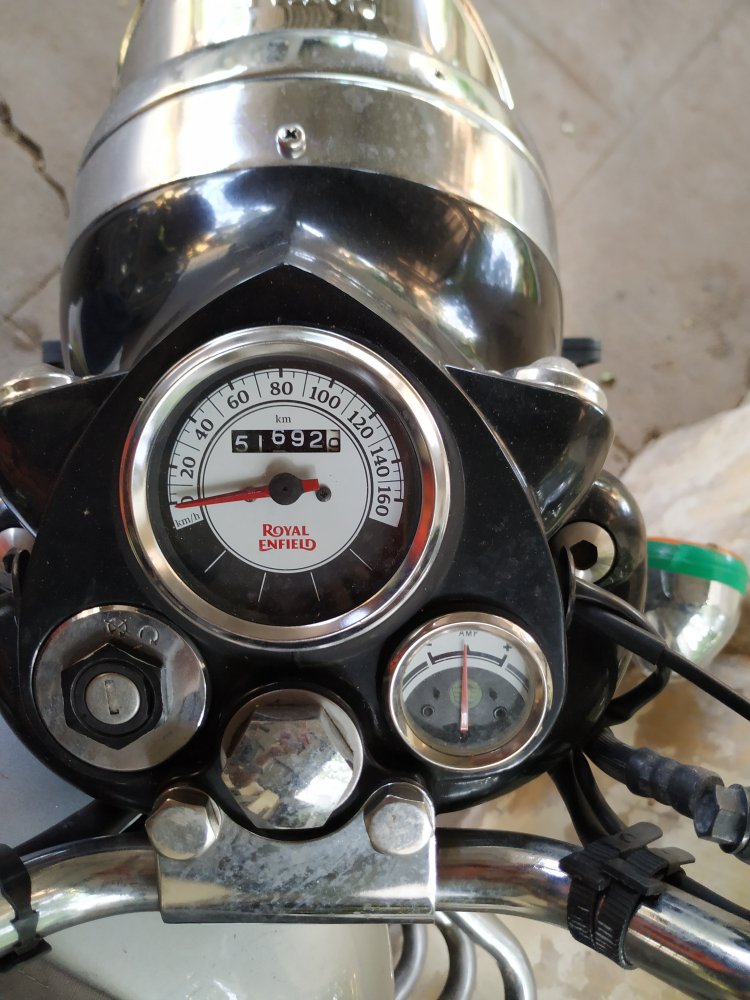 The time of analog cam and paper pics!

The time of analog cam and paper pics!
Click to expand...