Ride to Goa and a visit to CSI Basel Mission Hospital, Gadag, Karnataka. 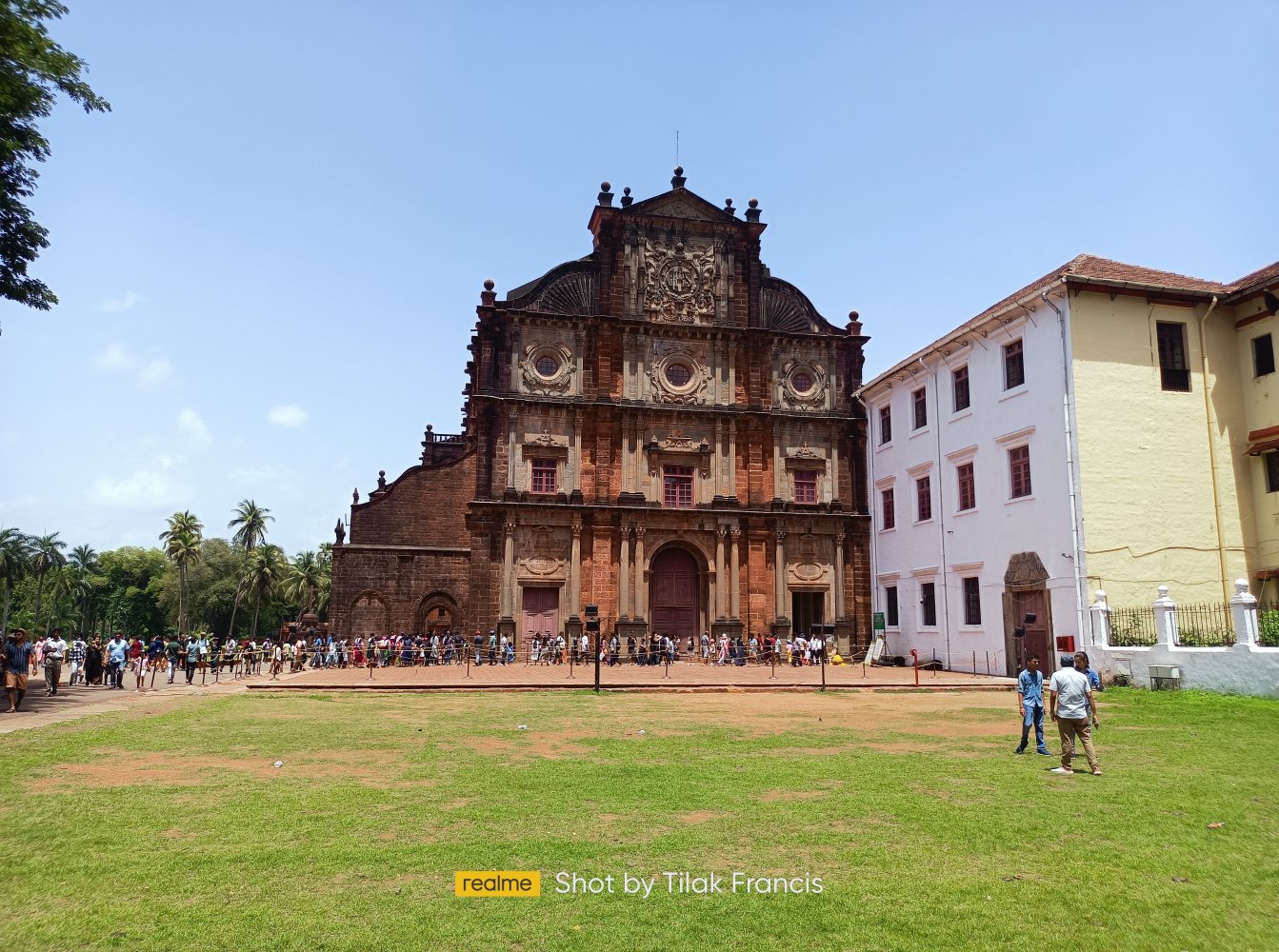 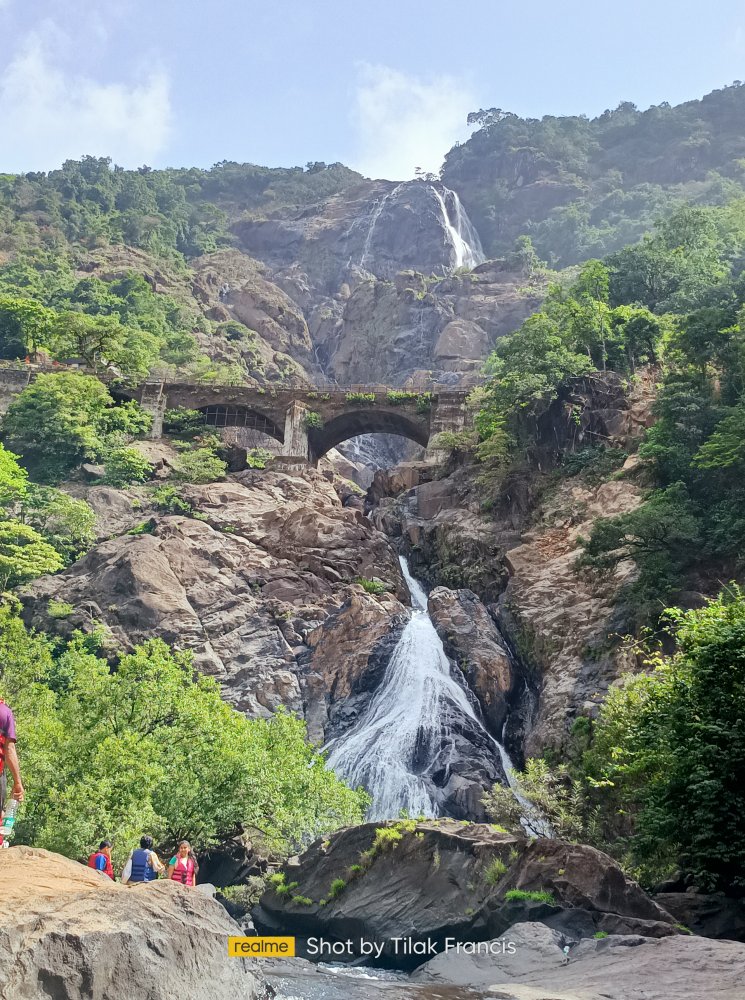 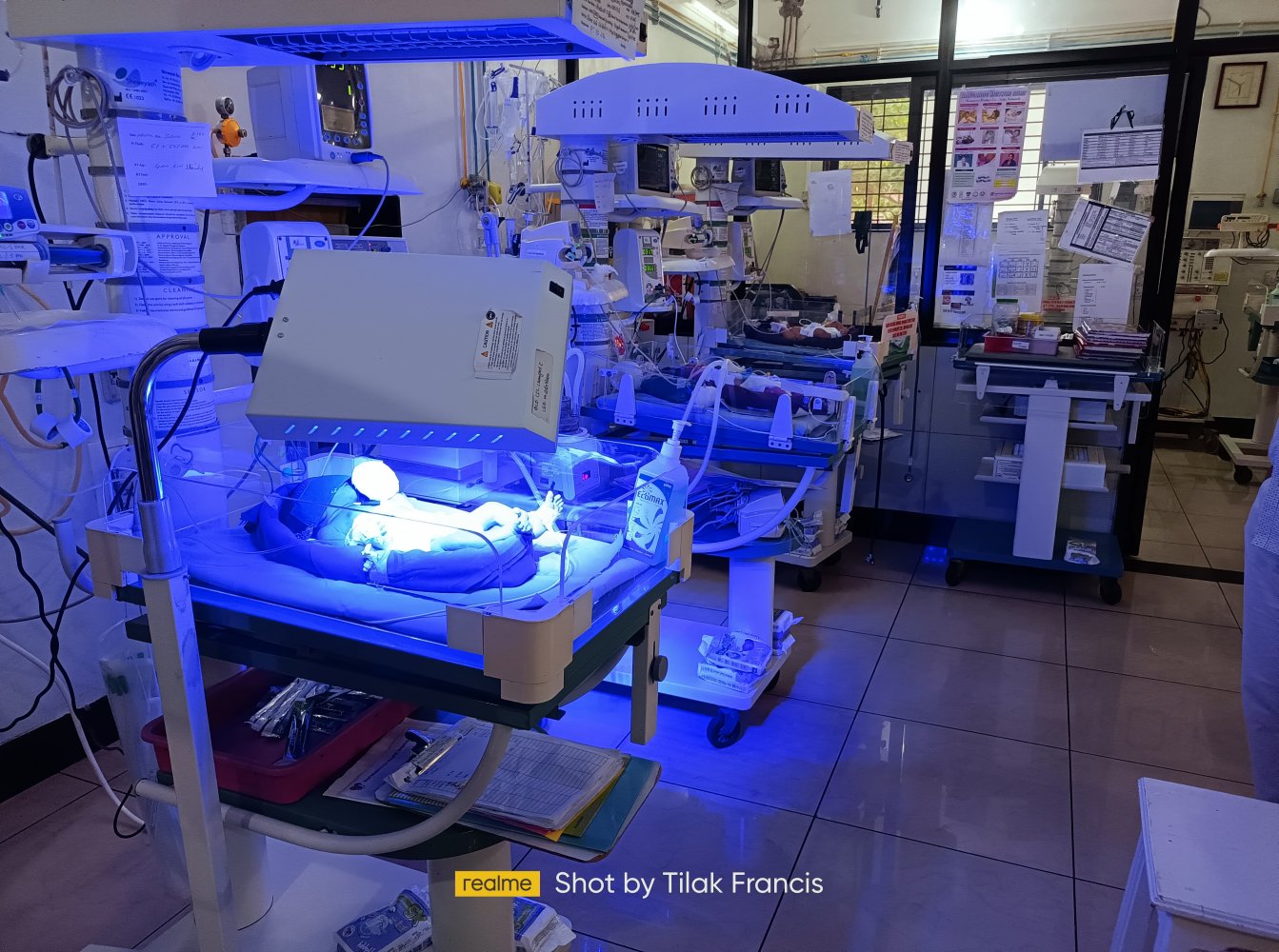 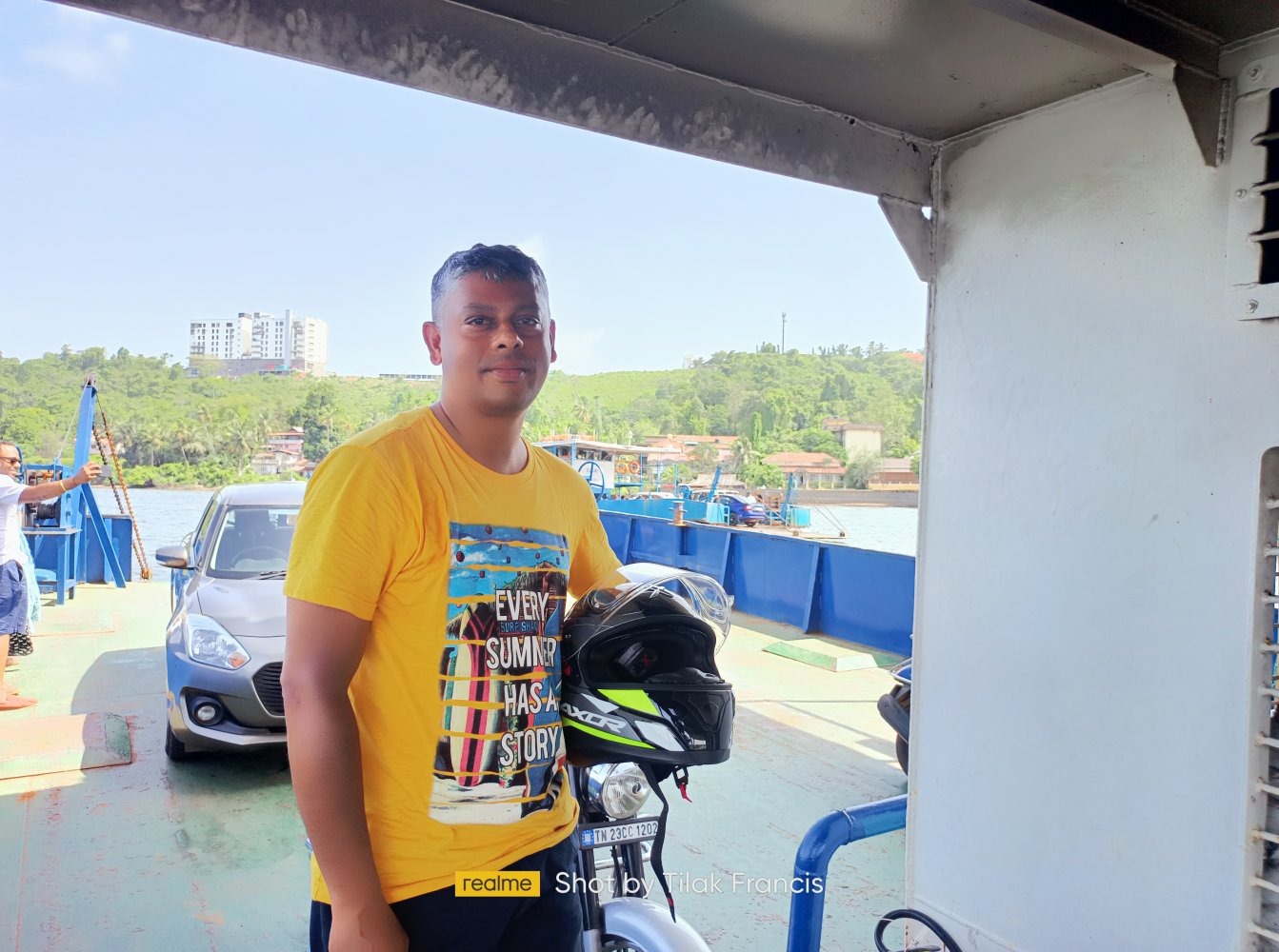 On a ferry to Divar Island,Goa. 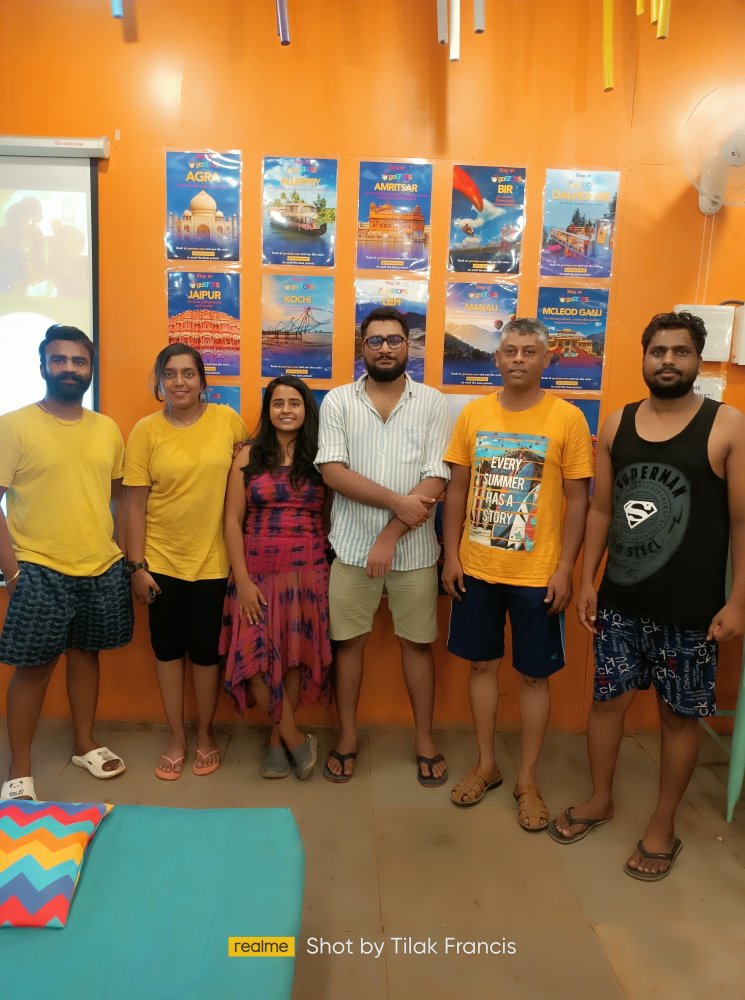 With co hostelers at goSTOPSgoa, Calangute. from left Karthik, Chitra, Divya Tyagi, Khan, Myself and Partha.

Lovely.
I have been wanting to go to Dudhsagar for a while. Eager waiting for that section.

dichkaun said:
Lovely.
I have been wanting to go to Dudhsagar for a while. Eager waiting for that section.
Click to expand...

Thank you. In two weeks time, will update the travelogue.

The ISC exams of my daughter and the cloud of tensions that prevailed at home limited my plans of long bike ride for almost six months. But the end of the board exams and a 50 days time gap for the upcoming entrance exam gave me an opportunity to plan a ride to Goa and a visit to CSI Basel Mission Hospital, Gadag, Karnataka.
Dr Ajay Raju, General surgeon and Medical superintendent of Basel mission hospital was cordial in replying to my email and welcomed me for a visit to his hospital and the attached orphanage within the hospital campus.
Preparation:


I got a new Axor Helmet with Pin-lock fitted visor, to help in early morning rides amidst fog or Rain. A little up-gradation to my safety gear.

I hope and believe God will give me strength and
protection to reach home as planned.

I got a new Axor Helmet with Pin-lock fitted visor, to help in early morning rides amidst fog or Rain. A little up-gradation to my safety gears. 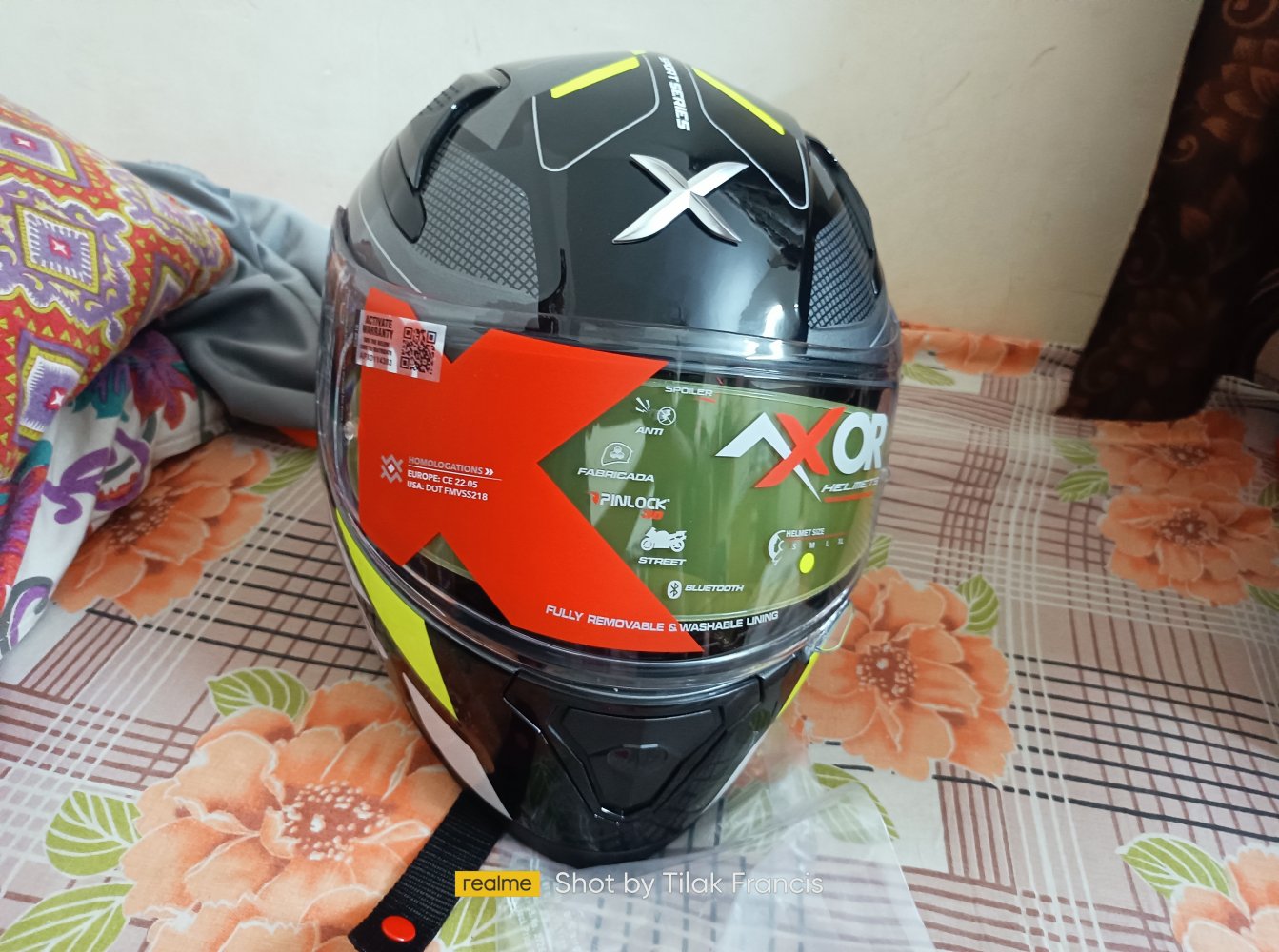 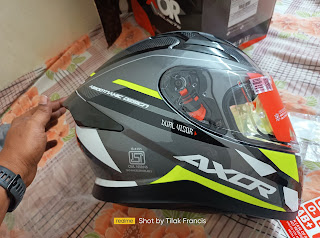 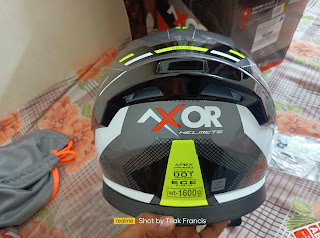 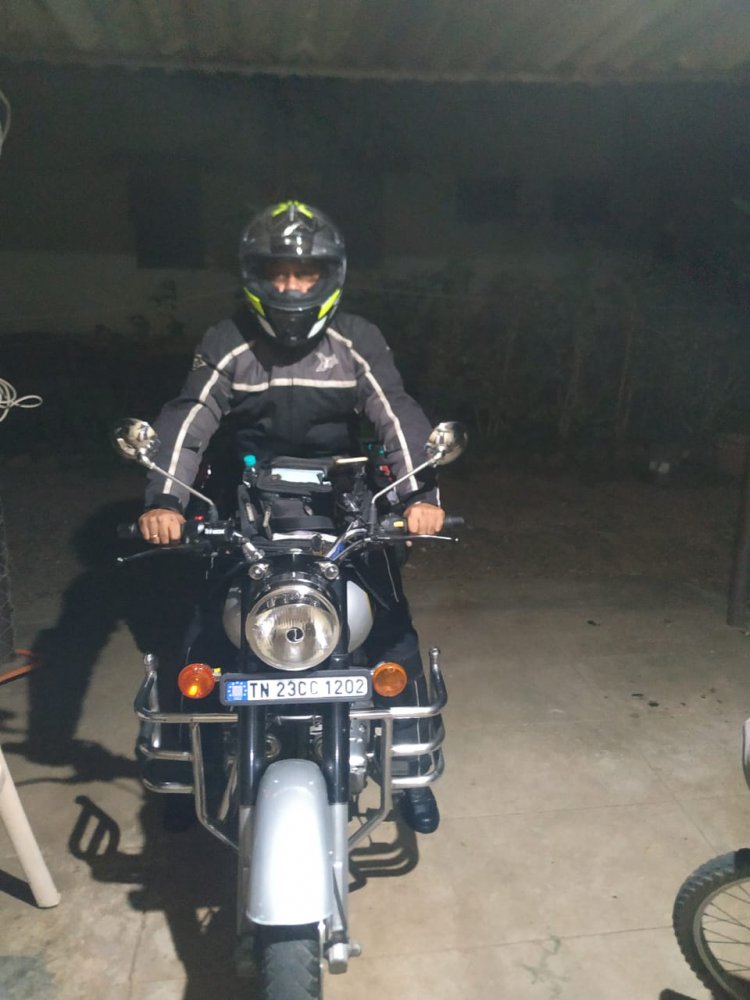 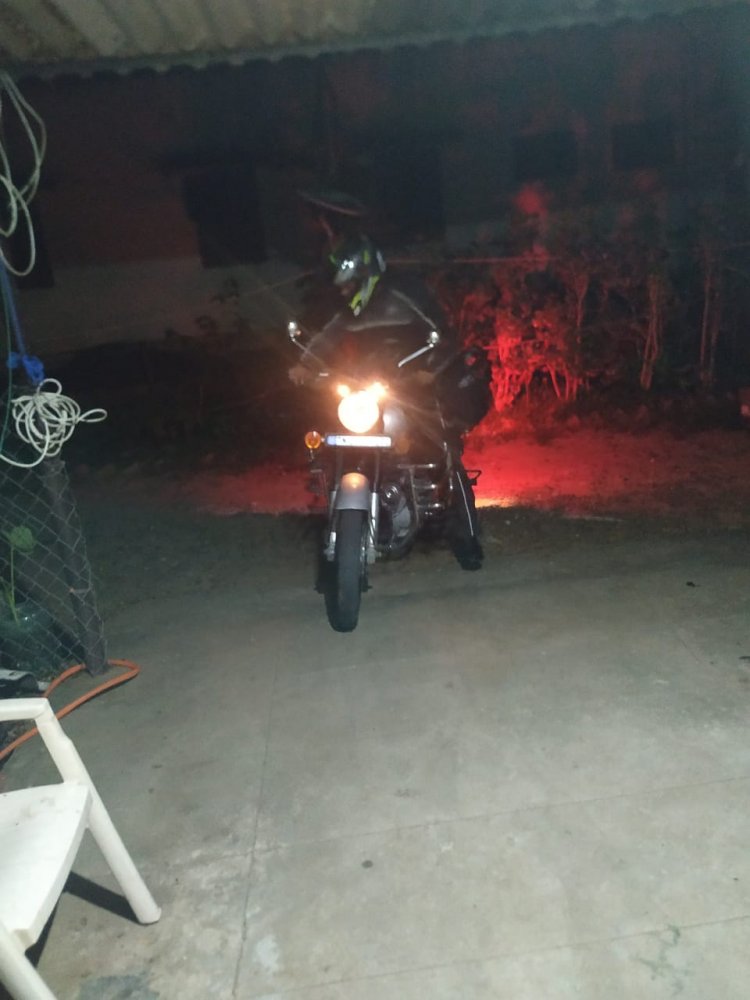 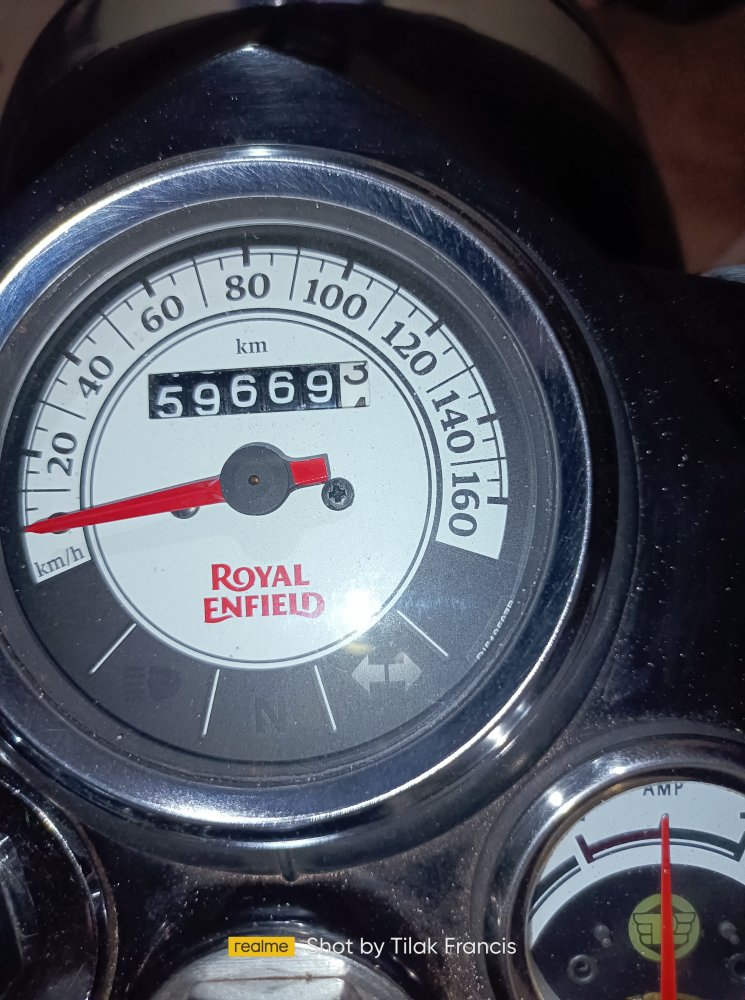 Start Odo 59669 Km
​
I was kind of scared and was constantly getting reminded of my fall at Guntur, Andhra Pradesh, while riding to Odisha. I was singing a hymn " oh the deep deep love ......." to call for God's presence in this solo ride. I could not ride beyond 60 km speed as there were often potholes and diversions in the highway towards Chithoor from Kasam, Vellore.

After Chithoor, I was able to increase and maintain speed above 80 km and reached Kolar. The google maps exactly took me to ETCM nursing college farm house where the boys hostel was located. Four of our MBKG Pannai boys were studying there. They were happy to see me in the early morning around 5.45 am. I gave them some gifts and took them to Tea shop nearby and had tea with them. After few minutes of chatting, I bid bye to them and left for Gadag, Karnataka around 6.25 am. 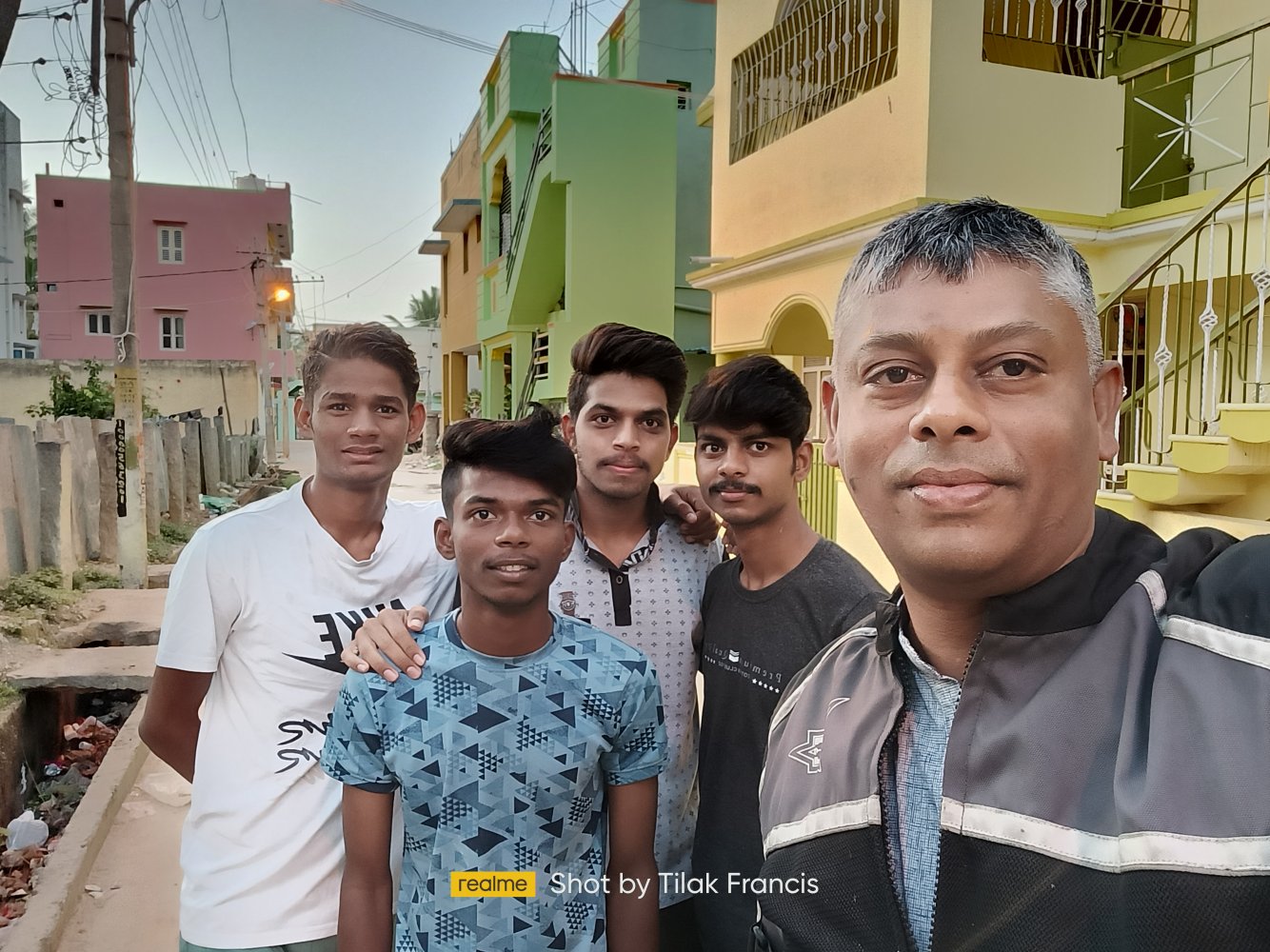 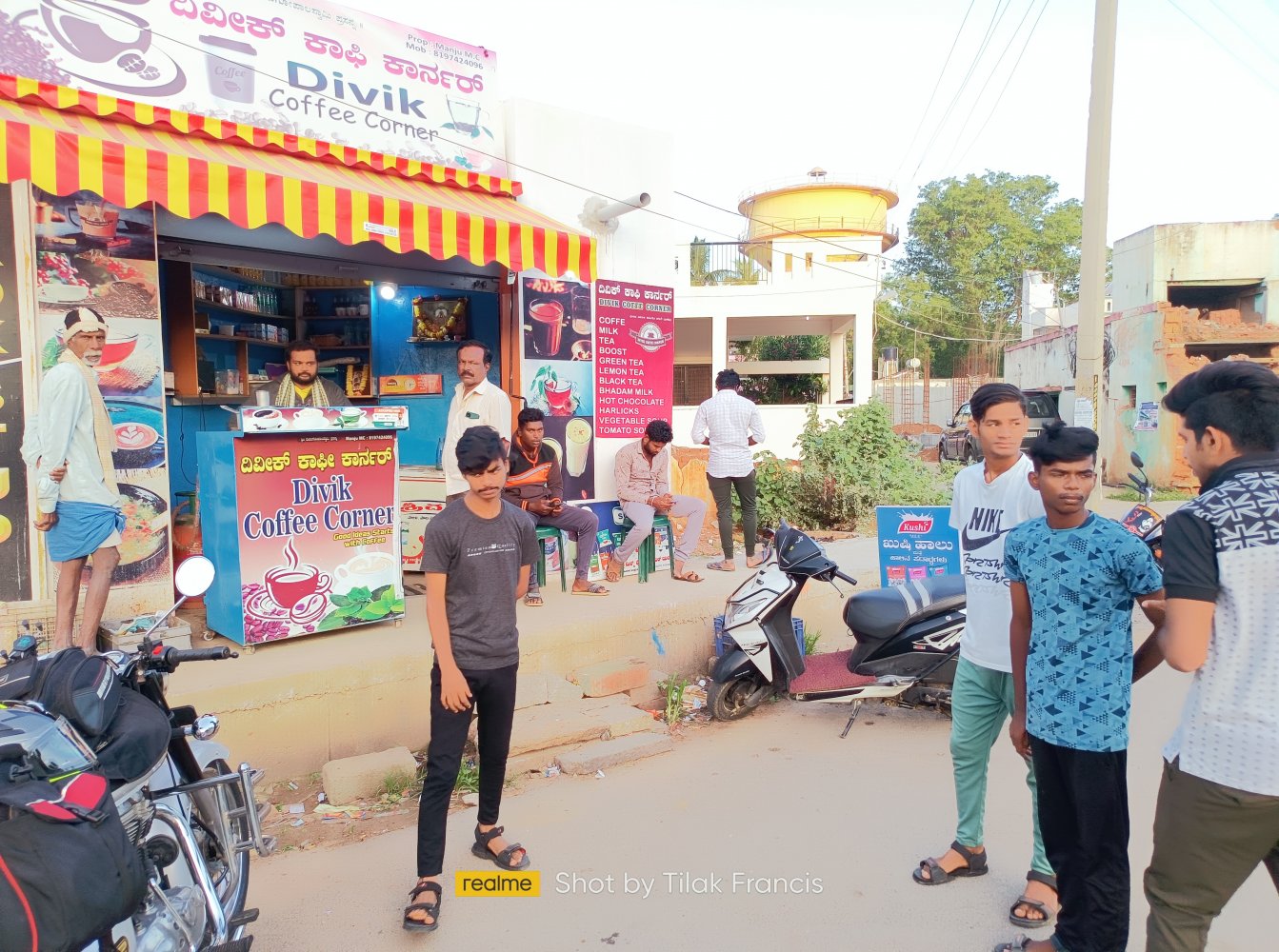 With the Boys at the Tea shop
​
The google now directed me to take a road to Vijayapura, Doddaballapura, Dobbaspet and connected me to Tumakuru National highway. The road till Tumakuru was under construction and I was doing off-roading at times in the state highway. Once I ended up in a non existing road under the bridge and took a pathway down , riding on my bike to go on the other side of service road near Doddaballapura. 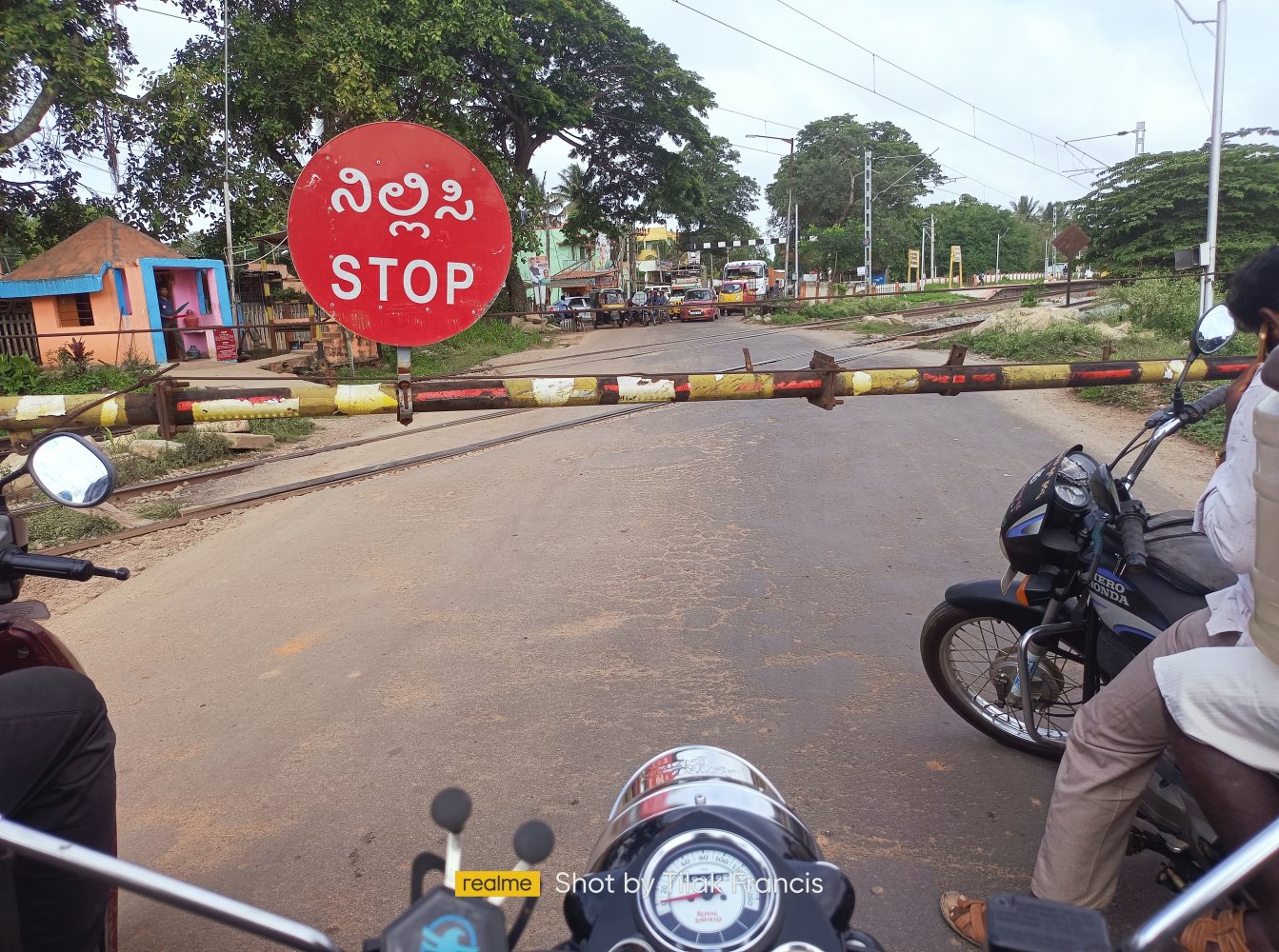 Mix up of Highways and by ways in Doddabalapura. 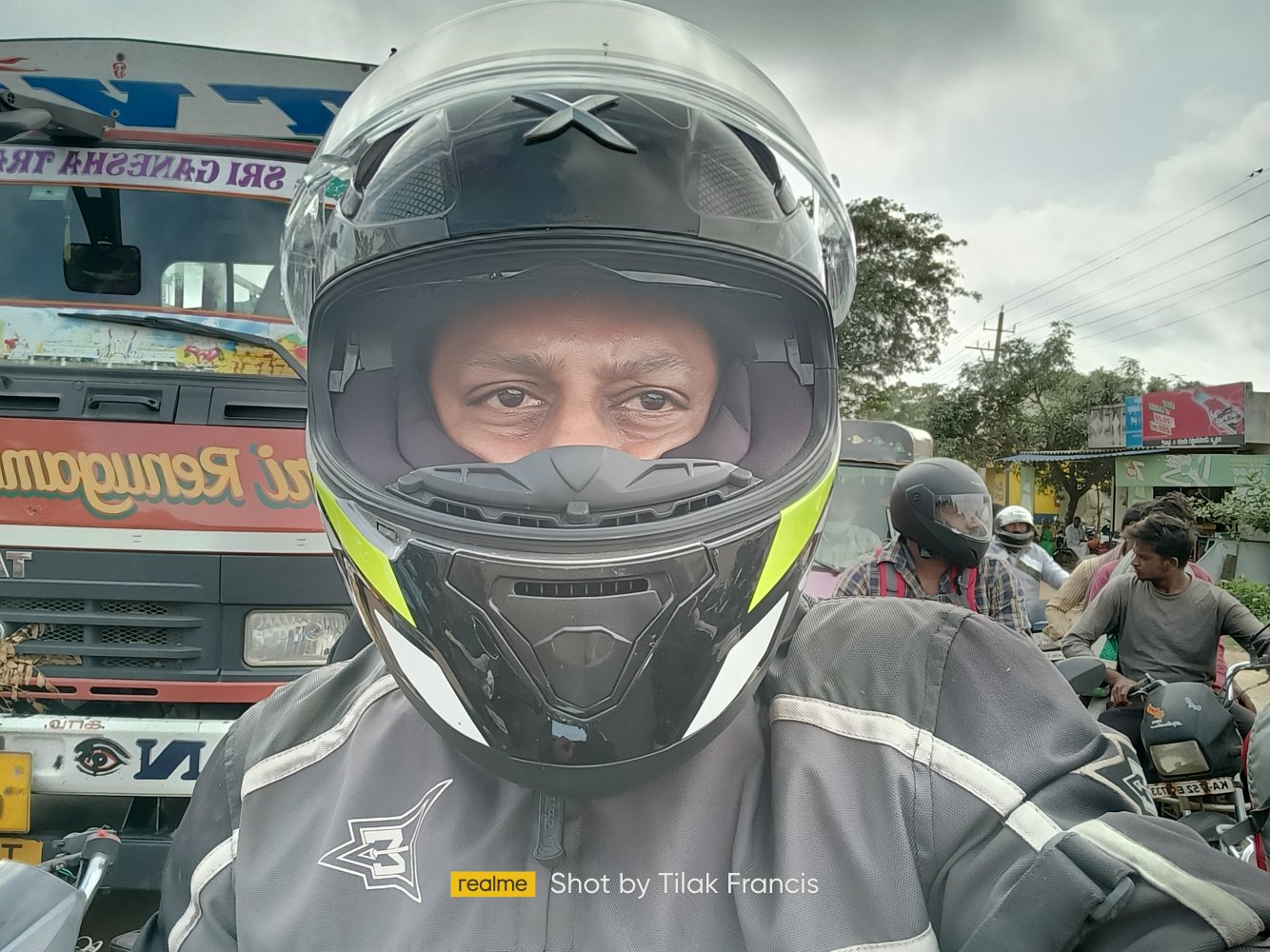 Somewhere near Dobbaspet
​
The road from Tumkur was a super highway and I was breezing through between 90-95 km per hour.
After crossing I stopped by to have a tender coconut. I had two and I gave Rs 100/- He spoke to me in Hindi saying that he does not have change and gave me another tender coconut. I believe our brain has hidden vocabulary for unlearned languages which we would have learnt unknowingly seeing movies, hearing songs or conversations at some point of time. Knowing only Tamil and English, still I was able to understand the coconut vendor's reply. Brilliant human brain!!! 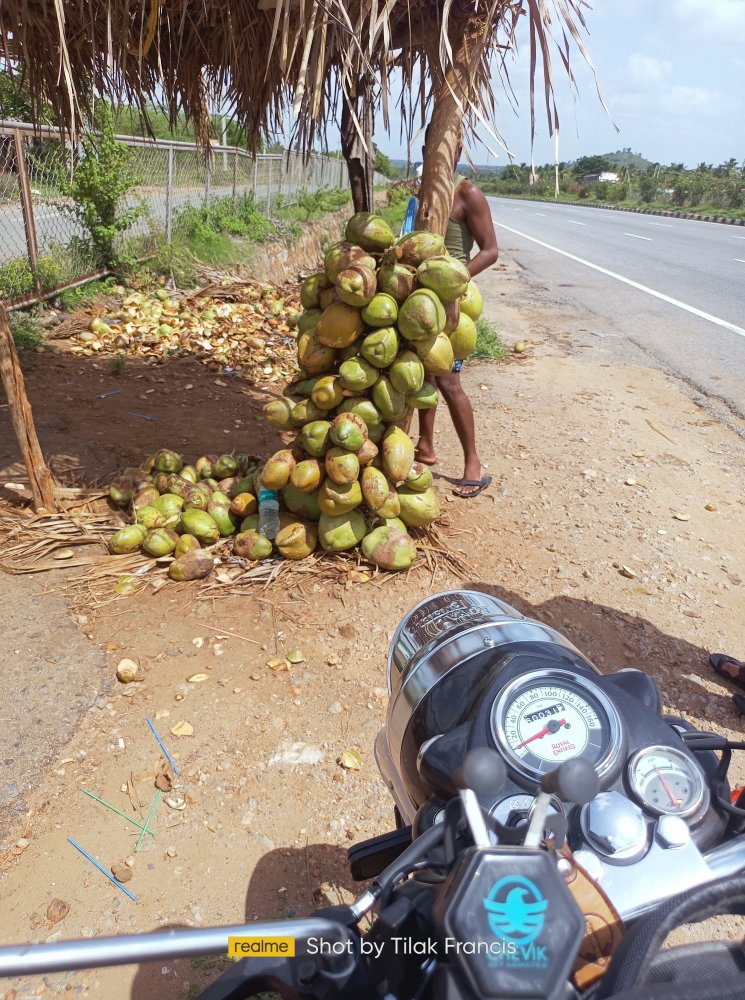 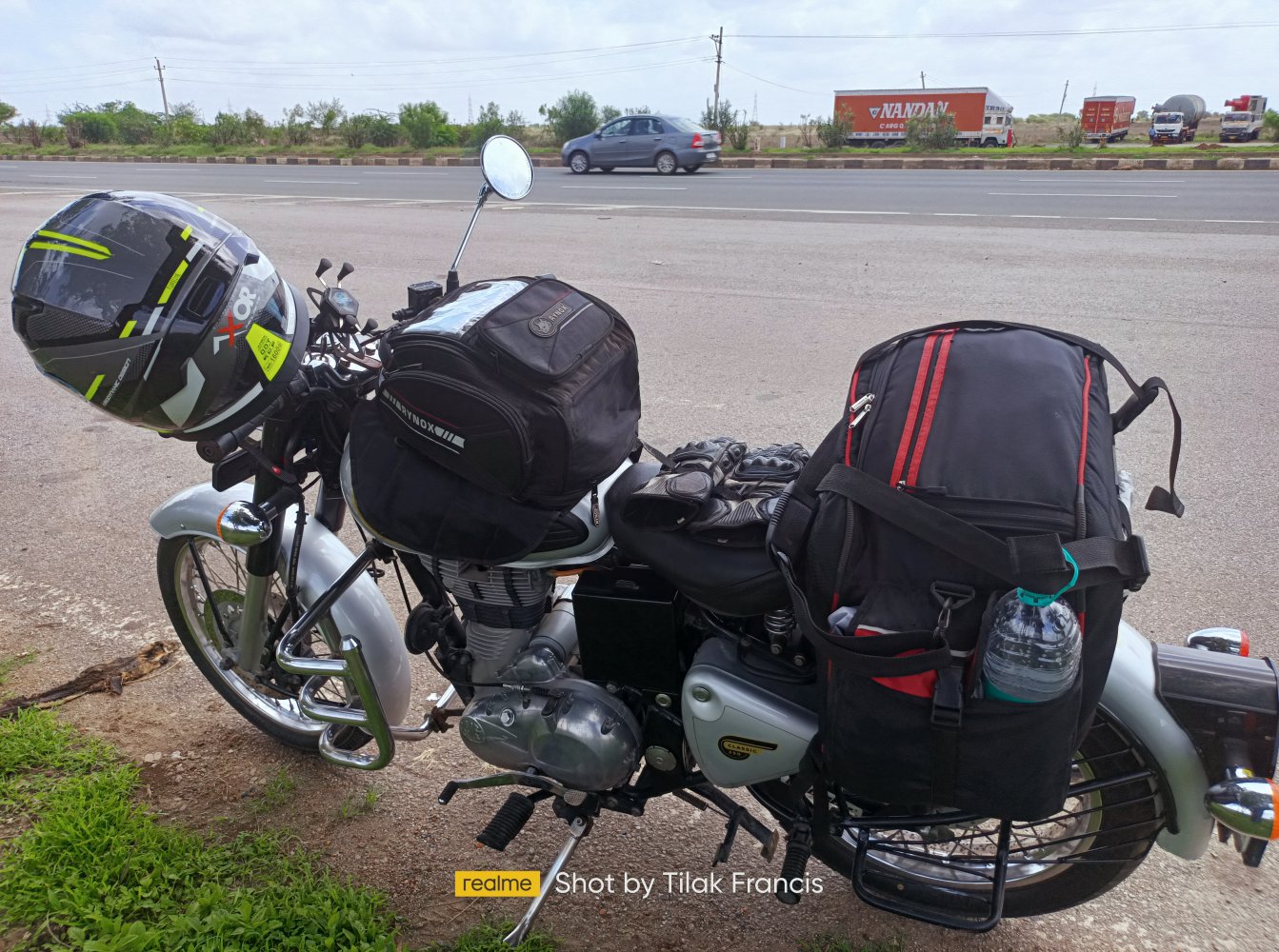 On the super fast highway, Tumkur. 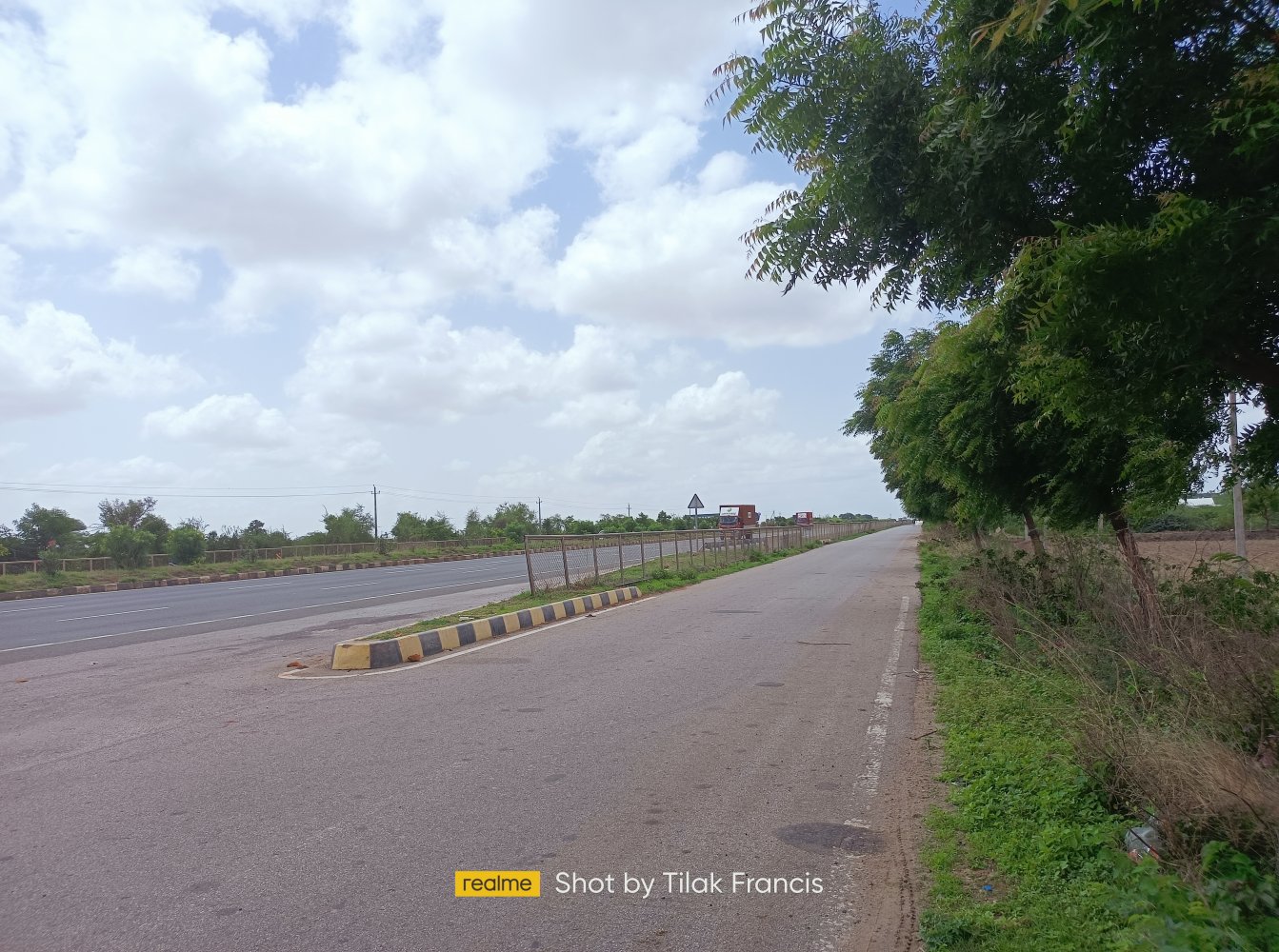 Pleasant climate, cloudy with no chances of Rain !
​
I went passed Hiriyur and Chitradurga. But after Chitradurga, instead of going to Hosapeta, Bad Mistake that I made a wrong choice when I got diverted to Arabhavi- Chalageri road. The road was going through villages. Every village had two speed breakers exactly next to the name board of the village, one at entry and the other at exit. It is not a simple one but humongous ones which will send a deep reminder if you try not to bother. So I paid the due respect for each speed breaker which dearly costed my time and energy. I became very tired and I could only wished, to continue in Hosapete and visiting Tungabhadra Dam on the way. 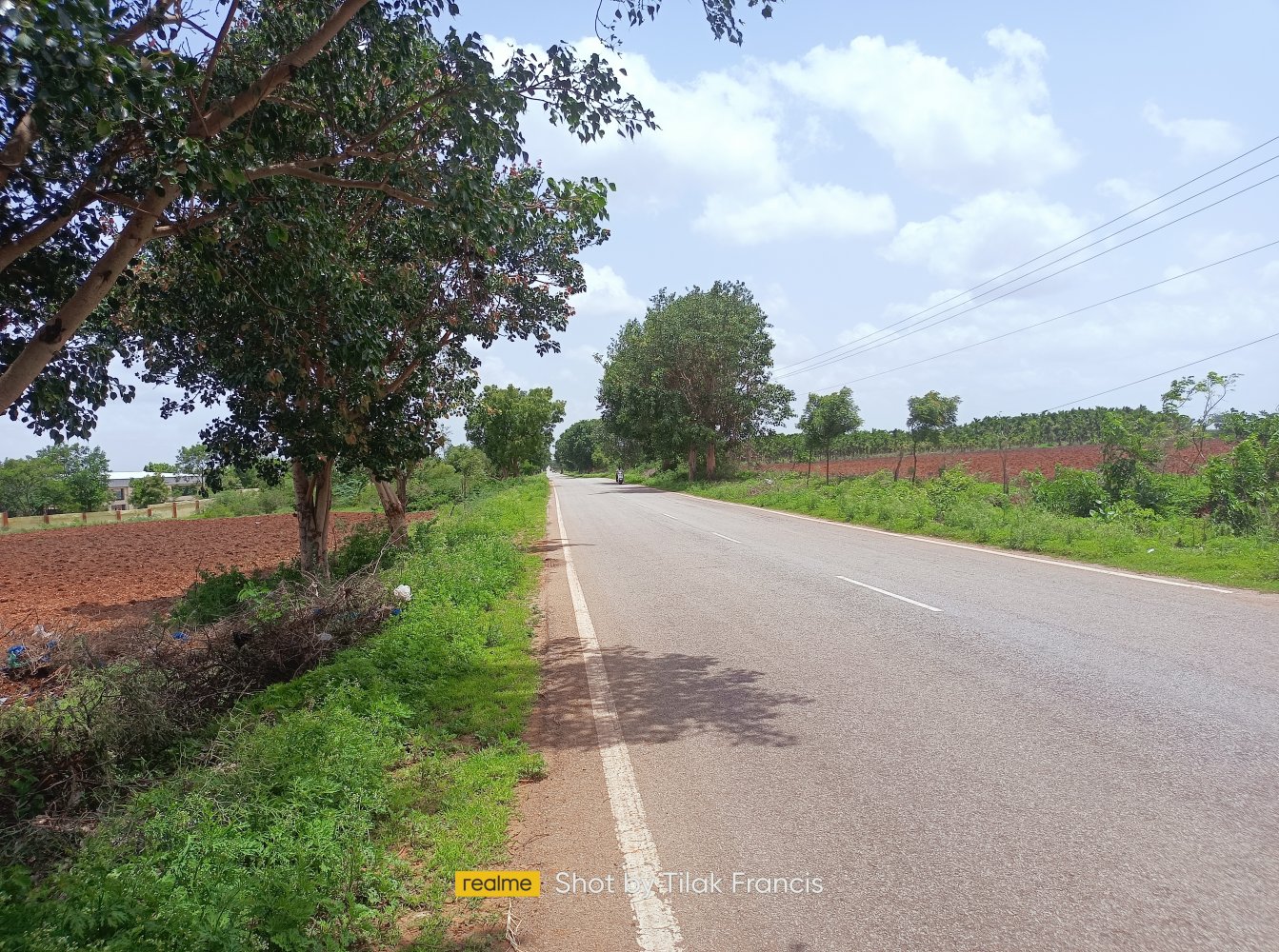 Tiresome to ride during 1 pm to 3 pm at low speed, on rural roads. 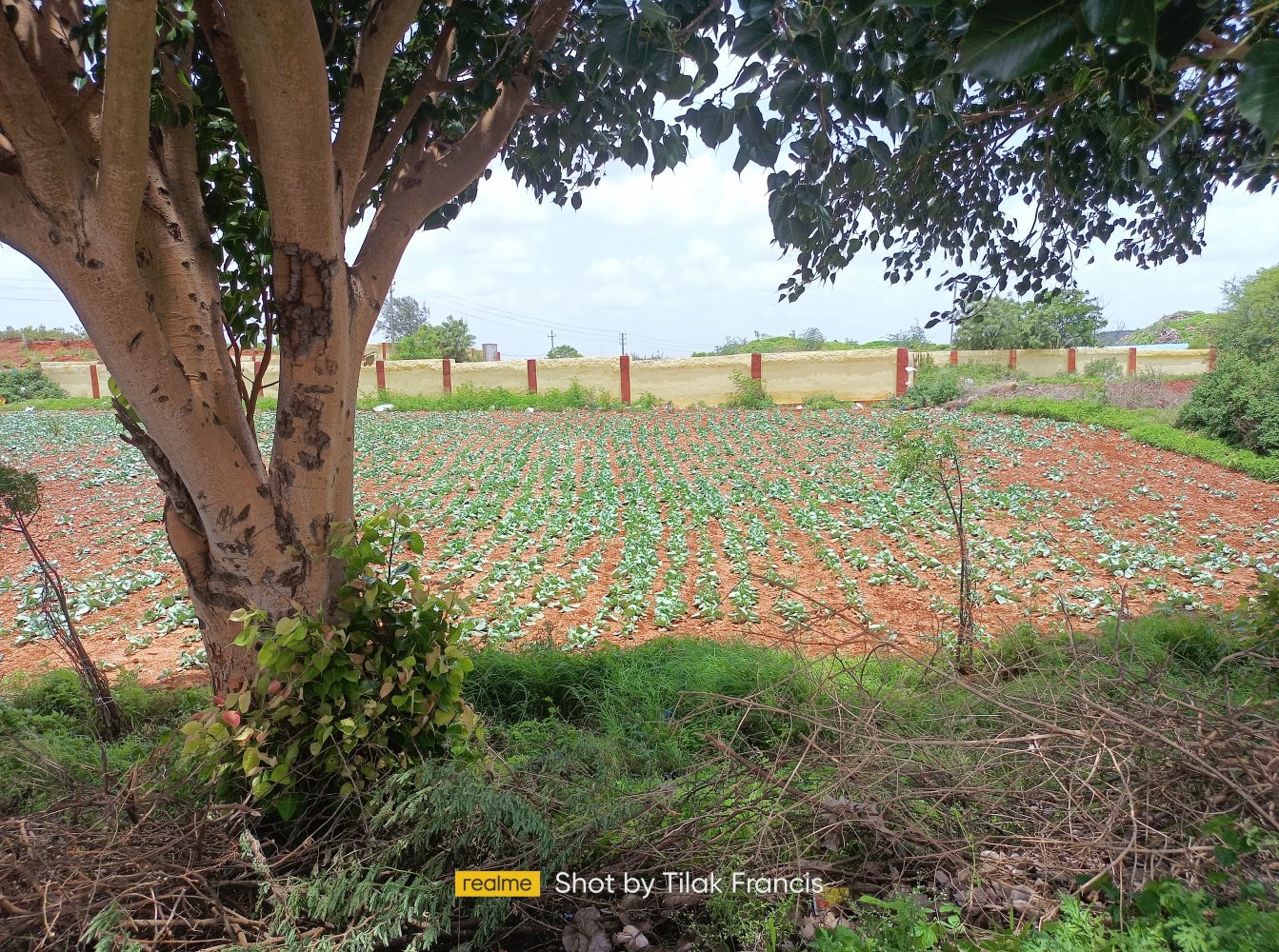 There was no uniformity in crop cultivation. Each farmer was trying a different crop. 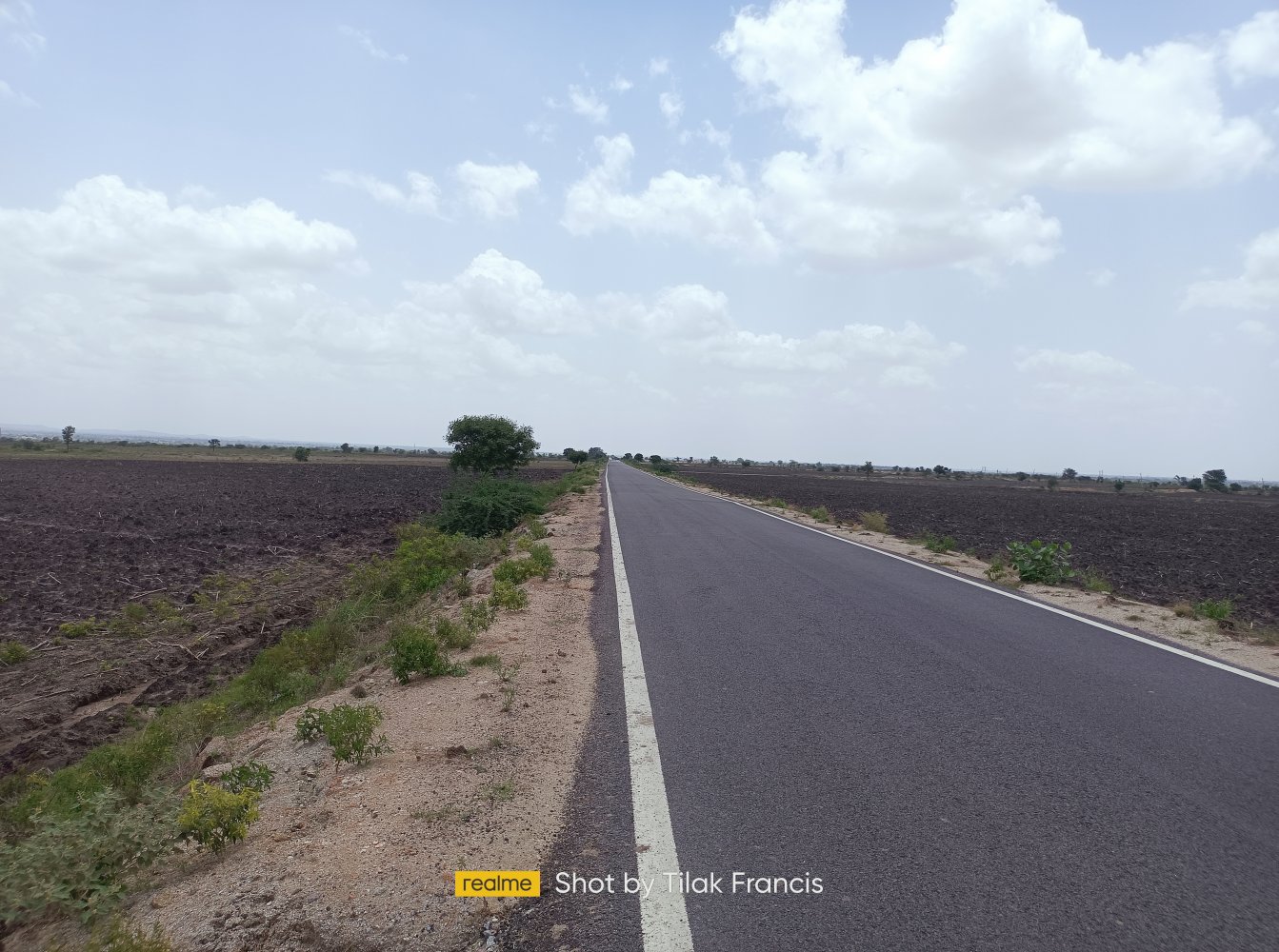 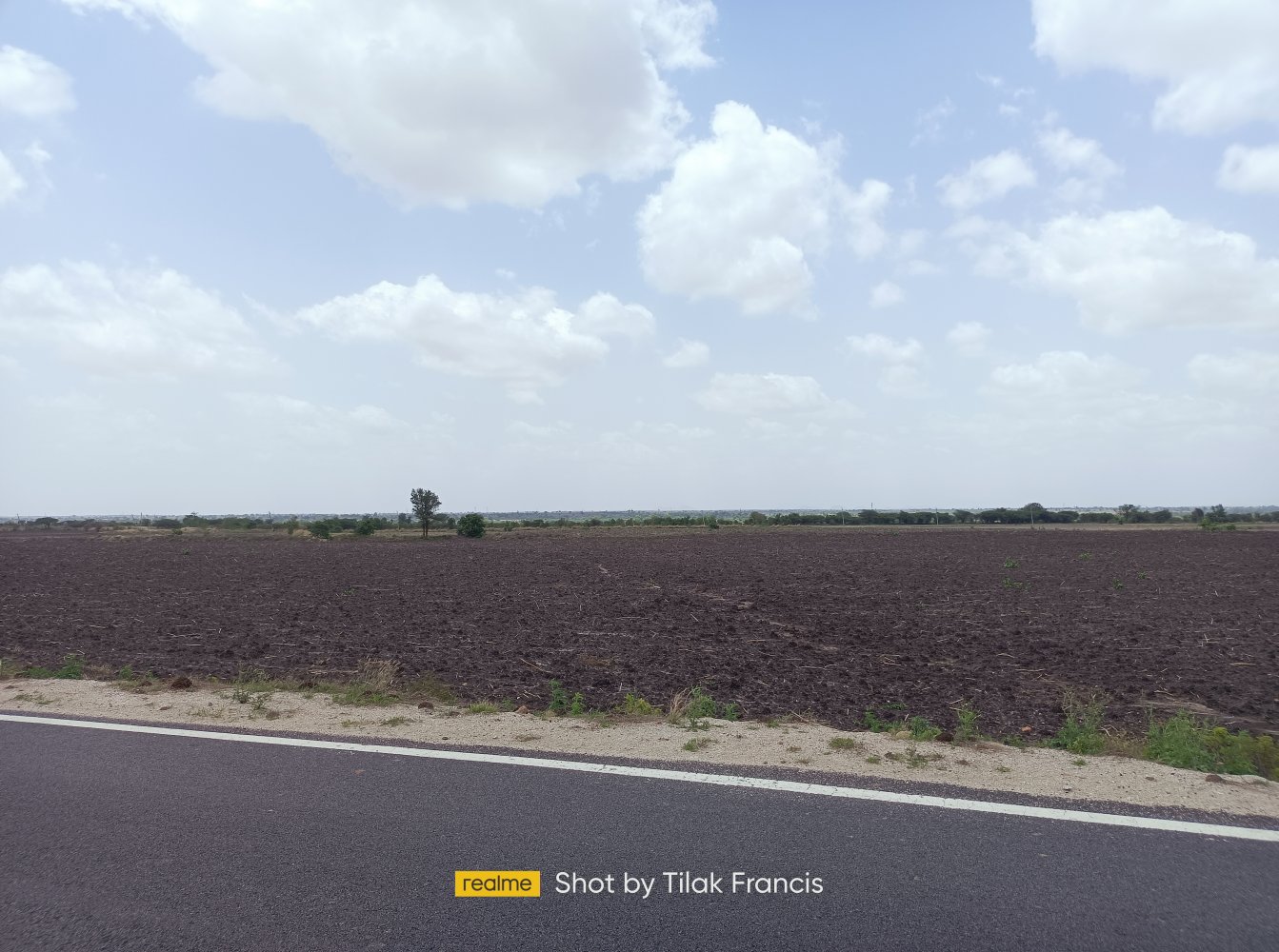 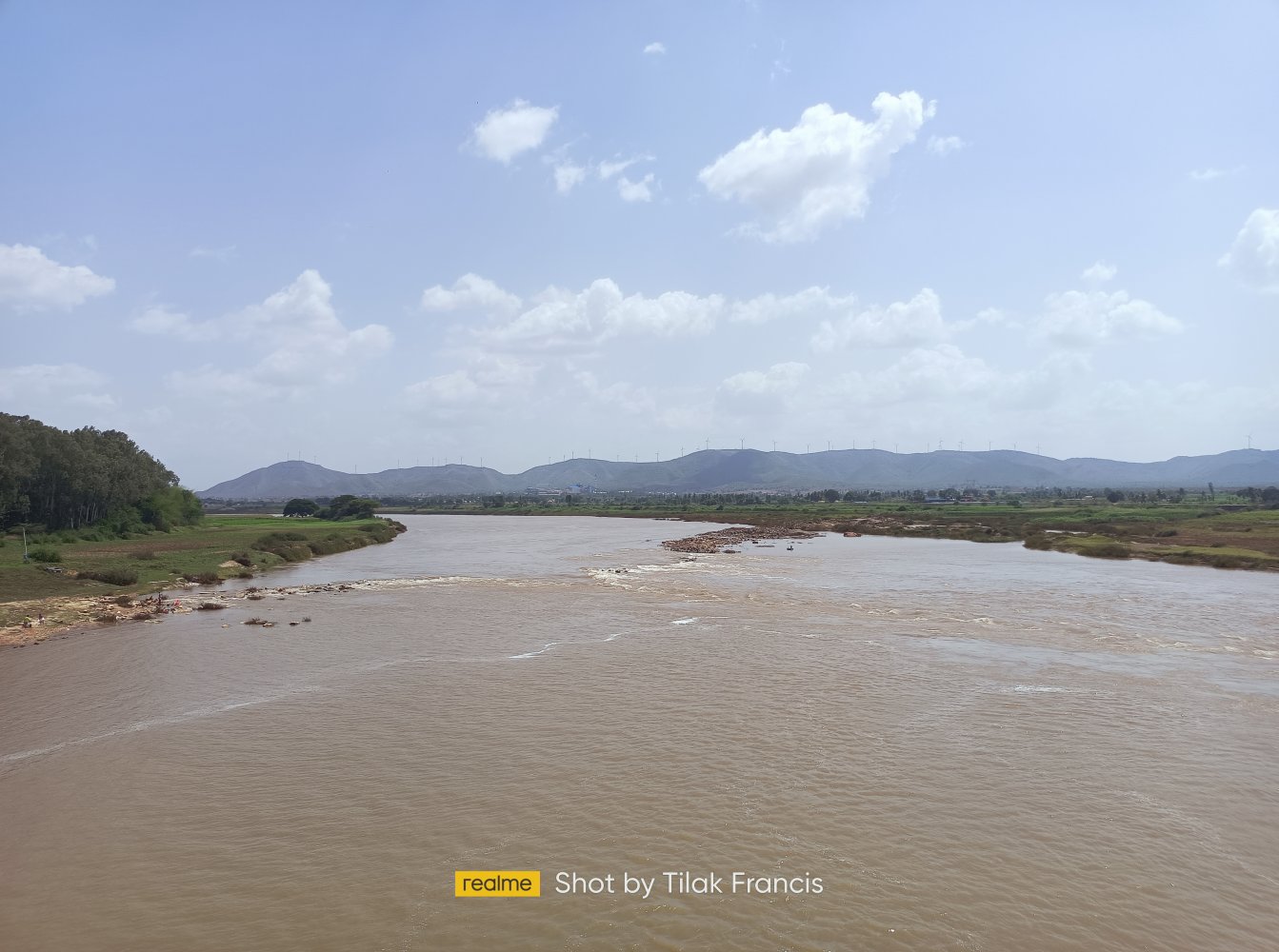 Tungabhadra River, few kilometers before Mundargi.
​
Finally, I reached Mundargi, and reached the Basel mission Hospital campus around 3.29 pm. I definitely would have been earlier by 1 hour if I followed Hosapete road. I was in my full riding gear and walked in the OPD block to reach out for Dr Ajay Raju. I was told that he was in the operation theater and Mr Sudhakar, an operation theater assistant, called out an attender to accompany me to my room in Sadha Bhavan, hospital guest house. It was next to the Wurth Memorial Church. The church was one of the oldest buildings within the campus built in late 1800's.

I got to the room and while taking off my riding pants, I got cramps of my abdominal muscles on right side and for a second I thought it was hernia. I fell on the bed and was lying for 5 minutes, praying and hoping for a relief. I was alright after 5 minutes. I thought it might be because of constant contraction all through out the day of riding and an extreme contraction while removing my riding pants stimulated the cramp. Moreover I was not well hydrated. I did not frequently drink water. Possible causative factor.
Sam, the P.R.O, Mr Sudhakar's son came in his bike and took me back to the hospital. He took me to the Hospital canteen and got me an egg roll and a coffee. I was not allowed to pay for the same. Dr Ajay Raju has instructed the Canteen staff not to charge for the Hospital guest. I was humbled by their hospitality. Later, I was seated in Dr Ajay Raju's Office and was waiting for him.

Drifting away for a little while, from Ride.
(Kindly ignore this part if you are not interested about Hospital )

I was expecting a man in early 50's as I imagined. He walked in calmly and we exchanged greetings. While chatting, I came to know that he was an alumnus of Christian Medical College, Vellore. He belonged to the batch of 1995. I know almost 15 of his batch mates, either as my church member, my children's friend's parent or as my friends.