Breaking,
#UttarakhandDisaster:
Garhwal University geologist Dr Naresh Rana has spotted a lake formation on the Rishi Ganga. Could be dangerous for downstream areas. Relief efforts could be impacted. See video.

The New Indian Express
In a video Geologist Naresh Rana explained that "the flood created a temporary damming which blocked the Rishi Ganga from forming the lake."

Geologist claims lake formation in Rishi Ganga river, warns rescue mission could be hampered
Geologist Naresh Rana added that this development can hamper rescue efforts and those involved in the rescue operation. 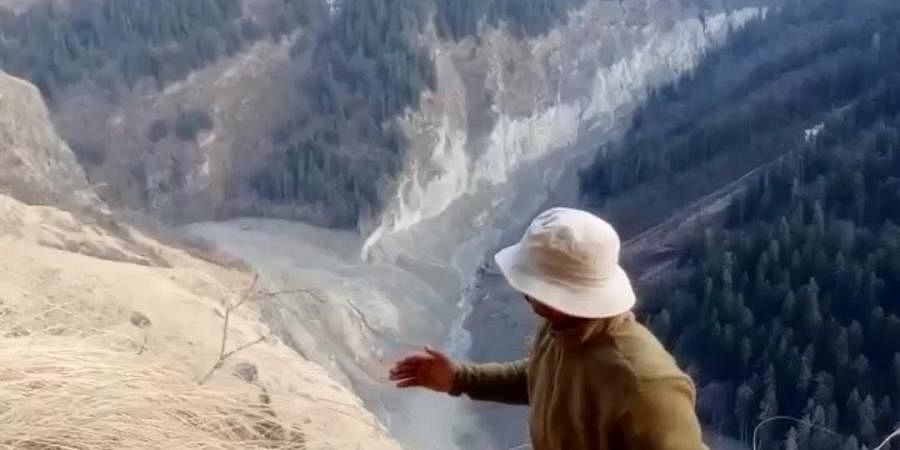 
TAPOVAN: Lake formation has occurred in Rishi Ganga river situated around 8 kms from Raini village which was the epicentre of the recent flash floods, a geologist claimed in a video that surfaced on Thursday.
Geologist Naresh Rana of the Hemvanti Nandan Bahuguna Garhwal University, Srinagar added that this development can hamper rescue efforts and hurt those involved in the rescue operations.
In the video he explained that "the flood created a temporary damming which blocked the Rishi Ganga from forming the lake."
A slight breach to this temporary situation can unleash havoc to those downstream, he added.
"This can hamper the rescue efforts and it can hurt people who are involved in rescue operations. I am going to inform the administration so that they can conduct and aerial survey so that the correct size of the lake is determined," says Rana.

The officials have also brought to light reports of a lake formation in Rishi Ganga river.
"A meeting has was held in this regard in Delhi. We will act as per the instructions of the higher authorities in this regard," said Ravinath Raman, commissioner of the Garhwal division of Uttarakhand.
Navin Juyal, another geologist who was with Rana during his visit said, "We have informed the authorities about the lake."
Officials said that scientists and experts from across Uttarakhand and other parts of the country are investigating the reasons behind the calamity which has engulfed hundreds of lives.
"We have scientists, experts, geologists, glaciologists working to determine the cause of the floods. We will soon know what happened to cause this unfortunate event," added the commissioner.

Roads narrowed in the mountains, debris spreading like ammo in the valleys of Uttrakhand | Debris being dumped in the valleys and rivers in Uttarakhand, the width of the rivers getting reduced
By
Shivani Kapoor
February 18, 2021

In Uttarakhand, debris is being cut along the mountains and dumped on the river.

Roads are being cut in Uttarakhand by cutting mountains on every side. The noise of dynamite for JCB machines and mountain cutting is disturbing the peace of Devbhoomi. Construction companies are dumping debris in slopes and natural rivers. This pile of debris is blocking the flow of rivers.
Prof. Dr. H.R. of State Horticulture and Forest University, Uttarakhand. SP Sati explains, ’20 to 60 thousand cubic meters of debris in the mountain comes out in the widening of the road per one km. Now guess how much debris must have come out of 20 thousand km roads built in 20 years? This debris, which is slid from the mountain slopes and thrown into the valleys, acts as gunpowder in the rainy rivers.
The network of roads is laying in Uttarakhand. Among them is the All Weather Road of the strategically important Char Dham Project, which is 900 km long between Yamunotri, Gangotri, Kedarnath and Badrinath. In this, work is going on 10-15 meter wide two lane one side proposed roads. 400 km of roads have been built. The Ravi Chopra Committee, constituted by the Supreme Court, in its report submitted to the Ministry of Environment, warned about the loss in ecology from 10-15 meters wide road construction.
The biggest impact of this project is seen in Rishikesh, where thousands of trees were cut down. The highway has been pulled out of the natural corridor of elephants in Chilla. The debris of the mountains starts meeting here. It is so important that it is being used in the filling of roads in Rishikesh and Haridwar. In order to increase the width of roads in high altitude areas, the debris of the mountains being cut is either being pushed from the slopes into the roadside valleys or being filled on the banks of rivers.
To avoid the rules, the 900 km long All Weather Road project has been divided into more than 10 small sections. EIA (Environmental Impact Assessment) has strict rules for roads larger than 100 km. The All Weather Road project cleverly bypassed these rules.
The 900 km road was divided into more than 10 projects smaller than 100 km. In many places, the existence of eco-sensitive zones was denied to take clearance. Senior journalist Charu Tiwari says, “The intention behind the government was that the rules should not apply and if the Supreme Court even imposed a ban, then it should be effective on one part only.”

The High Power Committee of the Supreme Court also said to ignore the rules.
The Chopra Committee demanded in the Supreme Court to keep the width of the tar road 5.5 meters. The court reinstated the 2018 notification of the Ministry of Transport, with a width of 5.5 m. There is a provision for keeping. The central government had sought permission for 7 meters, but the court said how can you violate your own circular. Despite this, work is going on on a width of 10-15 meters.

Road is strategically necessary due to Chinese incursion through Nepal
In December 2020, the Union Ministry of Defense had told the Supreme Court that this road is necessary because of its strategic importance. China used Nepal for infiltration attempts. Both countries share borders with Uttarakhand. Therefore, it is necessary to build and widen this road. The court is hearing a case of more than 5.5 meters width.

The Himalayas are a new mountain and also sensitive
Dr. Naveen Juyal, a retired senior scientist from Physical Research Lab, Ahmedabad, has already warned, ‘Himalaya is the newest mountain as well as sensitive. In this area, there should be sensitivity regarding construction. The flow of the rivers here is very fast due to the steep slopes, which by changing the stream also becomes harmful for the mountains and it cannot be stopped or tied. ‘

Chardham road plan not related to disaster: Center
The Central Government on Wednesday informed the Supreme Court that the disaster in Uttarakhand last week had no connection with the Chardham Road Widening Scheme. On behalf of the Ministry of Defense, Attorney General KK Venugopal has asked for more time for a response. The High Power Committee has said that the recent disaster in Uttarakhand and the Chardham Road Widening Scheme are directly related.


Roads narrowed in the mountains, debris spreading like ammo in the valleys of Uttrakhand | Debris being dumped in the valleys and rivers in Uttarakhand, the width of the rivers getting reduced - NewsBust.in
Last edited: Feb 20, 2021

Managed to get out of scary fog only to find ourselves constantly stuck every few miles on 16 hour journey between Delhi and Joshimath. There is rampant construction everywhere. The mountains are dug up and denuded. And heading to report #UttarakhandDisaster feels like deja vu
9:25 AM · Feb 8, 2021·Twitter for Android
320 Retweets

Which is the preferred route for Nainitaal from Dasna ? NH9 all the way to Rampur- Rudrapur - Kathgodam.. or Moradabad- Tanda- Kaldhungi ? Also...are the routes fully open ?

We shall be staying at KMVN Sukhatal which is on Kaldhungi side I guess.....

mayank_811 said:
Which is the preferred route for Nainitaal from Dasna ? Moradabad- Tanda- Kaldhungi ? Also...are the routes fully open ?

We shall be staying at KMVN Sukhatal which is on Kaldhungi side I guess.....

If staying near Kaladhungi, go on Moradabad Kaladhungi Route.

All routes are open.

However, due to Kumbh Mela, RTPCR Report is must in Haridwar for staying. Other places need no reports.
As heard, even this can be manged, like other things.
LOL ! 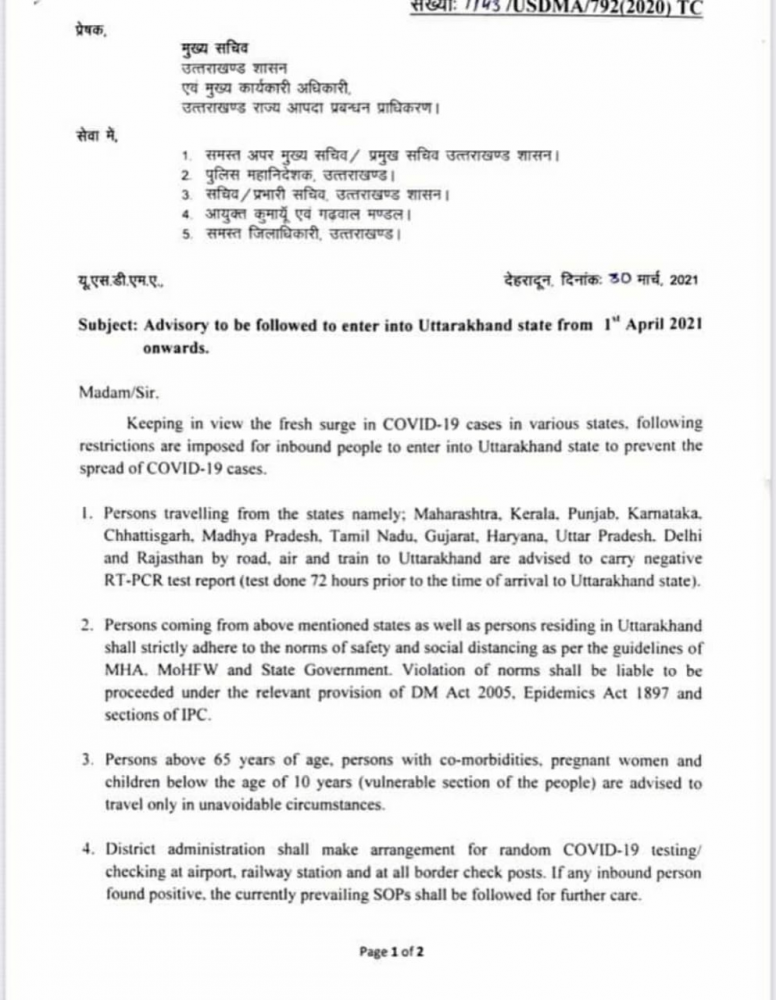 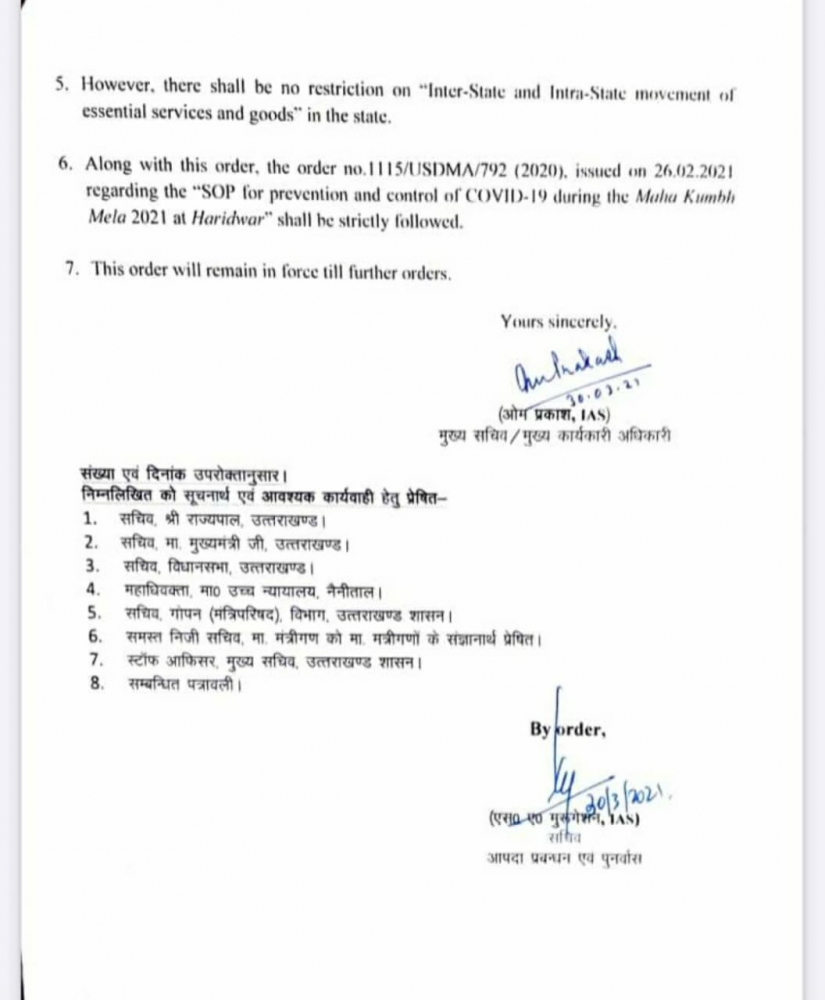 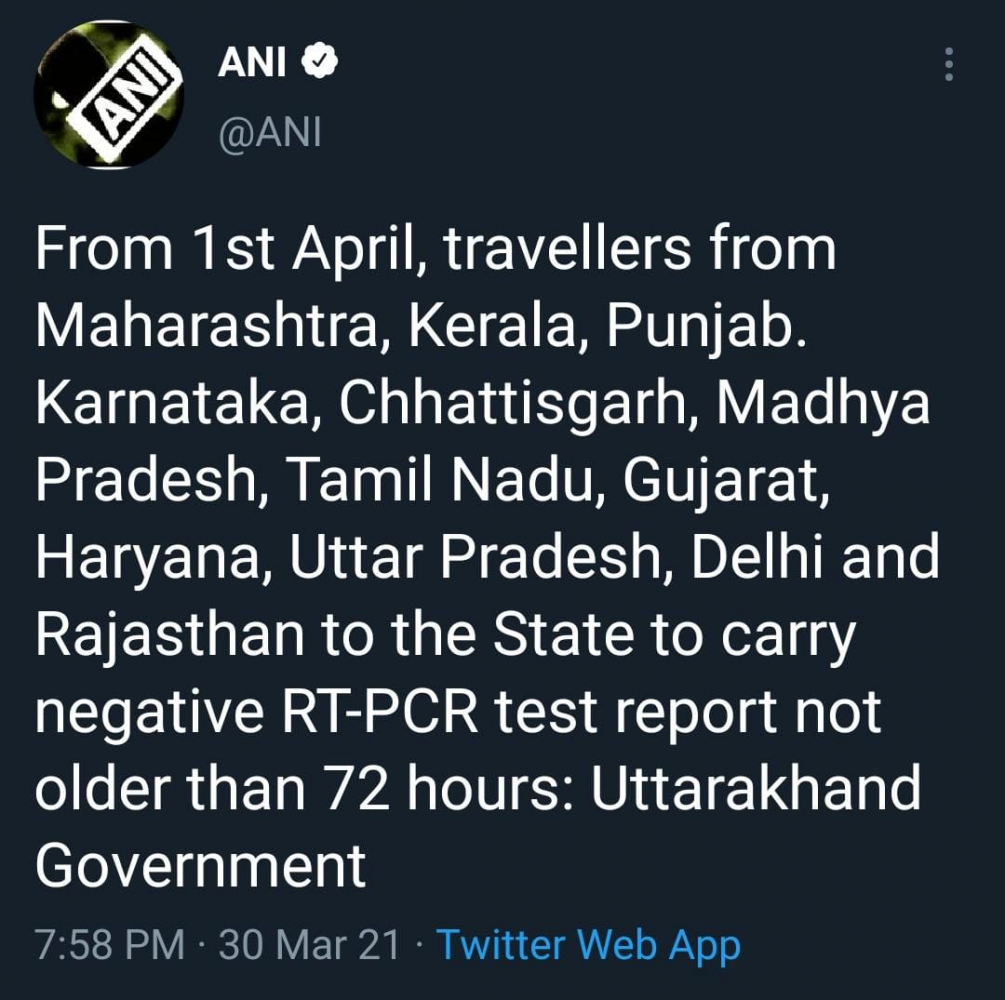