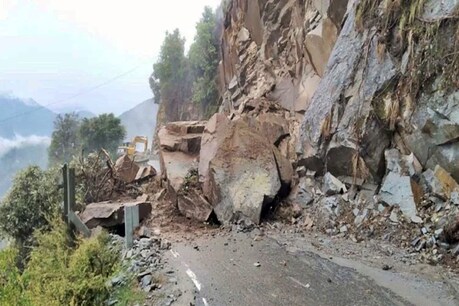 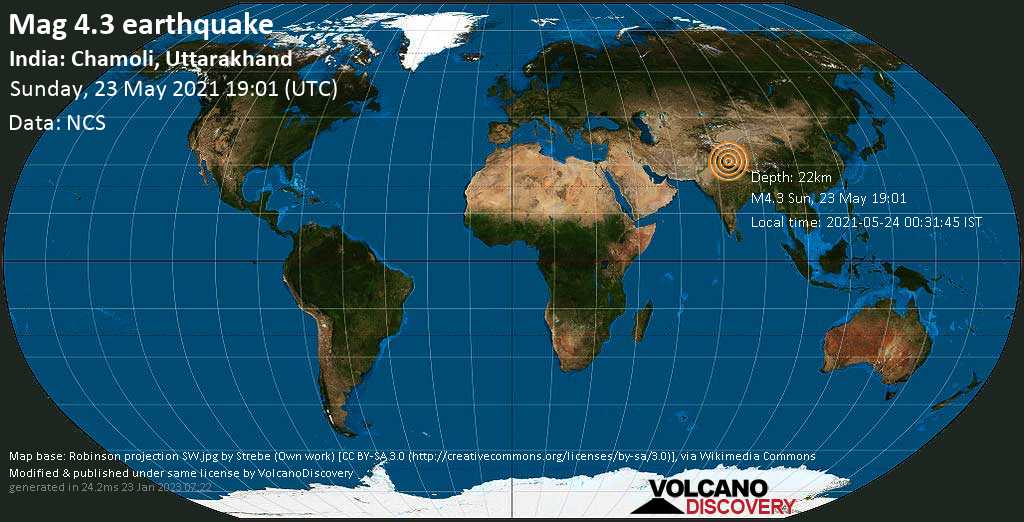 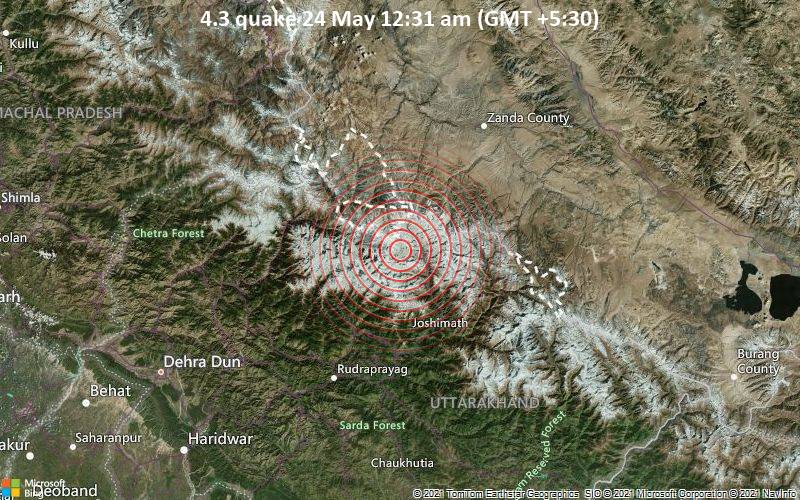 4.3 quake 24 May 12:31 am (GMT +5:30)
India's National Center for Seismology (NCS) reported a magnitude 4.3 quake in India near Joshīmath, Chamoli, Uttarakhand, only 10 minutes ago. The earthquake hit after midnight on Monday 24 May 2021 at 12:01 am local time at a shallow depth of 22.1 km. The exact magnitude, epicenter, and depth of the quake might be revised within the next few hours or minutes as seismologists review data and refine their calculations, or as other agencies issue their report.
Based on the preliminary seismic data, the quake should not have caused any significant damage, but was probably felt by many people as light vibration in the area of the epicenter.
Weak shaking might have been felt in Kedārnāth (pop. 510) located 32 km from the epicenter, and Joshīmath (pop. 13,900) 44 km away.
Other towns or cities near the epicenter where the quake might have been felt as very weak shaking include Uttarkāshi (pop. 17,100) located 87 km from the epicenter, Srinagar Garhwal (pop. 20,200) 92 km away, Pauri (pop. 26,500) 99 km away, and Tehri (pop. 27,600) 99 km away.
VolcanoDiscovery will automatically update magnitude and depth if these change and follow up if other significant news about the quake become available. If you're in the area, please send us your experience through our reporting mechanism, either online or via our mobile app. This will help us provide more first-hand updates to anyone around the globe who wants to know more about this quake.

Since the monsoon is inching towards the northern parts of India, rain-showers can be witnessed in many states including Uttarakhand. The pre-monsoon led to downpour and hence a huge landslide on the National Gangotri Highway. Due to the debris, the highway was blocked. Take a look at the report for more updates

The cops in Uttarakhand do really check your e-pass and covid test reports.
At every district border there is pretty thorough checking, and if you are not carrying a RT-PCR report, there are anti gen test booths.
You can get your RT-PCR done at SPS hospital in Rishikesh, you can get printed result within 24 hours and it's a free service.

Rishikesh has some checkings and anti gen camps at multiple places.


Dehradun (Uttarakhand) [India], June 30 (ANI): Uttarakhand government has moved the Supreme Court against the Uttarakhand High Court order putting a stay on Char Dham Yatra, said state government Spokesperson Subodh Uniyal.
"The High Court may have banned the Char Dham Yatra but the government has approached the Supreme Court against it. Now only the Supreme Court will decide the matter," he said.
"The state government has made full arrangements regarding the Char Dham Yatra, and no provision has been left," he added.
On June 28, the Uttarakhand High Court stayed the state Cabinet's decision permitting Char Dham Yatra with a limited number of pilgrims and also ordered live streaming of Char Dham shrines.
The High Court has asked the government to file the affidavit again by July 7.
In view of COVID-19 and poor health preparedness, the decision of the government has been put on hold by High Court.
Earlier on June 25, the State Cabinet decided to partially open the Char Dham yatra for locals in limited numbers from July 1. Initially, it was decided, the yatra would be opened for residents of Chamoli, Uttarkashi, and Rudraprayag districts with a cap on the number of pilgrims to visit the temples daily.
The state government had said that it would be issuing guidelines for the pilgrimage for people from three districts. Government spokesperson Subodh Uniyal informed the three districts from where pilgrims were allowed were Chamoli, Uttarkashi, and Rudraprayag.
The four pilgrimage sites in Uttarakhand are Badrinath, Kedarnath, Yamunotri, and Gangotri. (ANI) 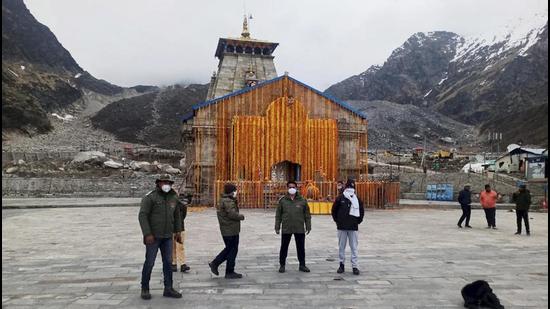 Kedarnath Temple, all set for reopening of portals, decorated with 11 quintals of flowers on May 11. (File photo)
INDIA NEWS


Uttarakhand government suspends Char Dham yatra after HC order
The revised SOP was issued after the government said the yatra would be allowed in two phases from July 1 and July 11. The pilgrimage was first to begin for the residents of three districts, where these shrines are located


The Uttarakhand government on Tuesday suspended the Char Dham Yatra by issuing a revised standard operating procedure (SOP) a day after the high court stayed a Cabinet decision allowing the pilgrimage to four revered Hindu temples in the state from July 1.

The revised SOP was issued after the government said the yatra would be allowed in two phases from July 1 and July 11. The pilgrimage was first to begin for the residents of three districts, where these shrines are located. It was to be later opened for residents of the rest of the state’s 10 districts. But on Tuesday, the government issued the revised SOP announcing the suspension of the pilgrimage until further orders in light of the court order.
The court on Monday stayed the Cabinet’s decision permitting the yatra with a limited number of pilgrims from July 1 and ordered live streaming of rituals at Char Dham shrines instead. A division bench of chief justice RS Chauhan and justice Alok Verma said the yatra should not be allowed amid fears of a third wave and the spread of the Delta variant of the virus.

The bench said it was not satisfied with the preparedness of the government, especially regarding the healthcare facilities and status of Covid-19 inoculation in the three districts.

The state Cabinet allowed the Char Dham yatra on Friday. On June 23, the high court pulled up the government for announcing the yatra from July 1 and directed it to review its decision.

The high court in its June 23 order remarked that large gathering invariably leads to a spike in the Covid-19 pandemic. “Already holding of Kumbh Mela and permitting a large congregation of lakhs of people on Ganga Dussehra at Har-ki-Pauri at Haridwar, are clear cut proof of the failure of the civil administration, to administer the precautionary SOPs.

Uttarakhand › Dehradun › Uttarakhand Unlock News : From Today These Tourists Place Of Dehradun Nainital And Rishikesh Will Open For Tourists

RT-PCR is still is required for Uttarakhand.

RT-PCR is still is required for Uttarakhand. 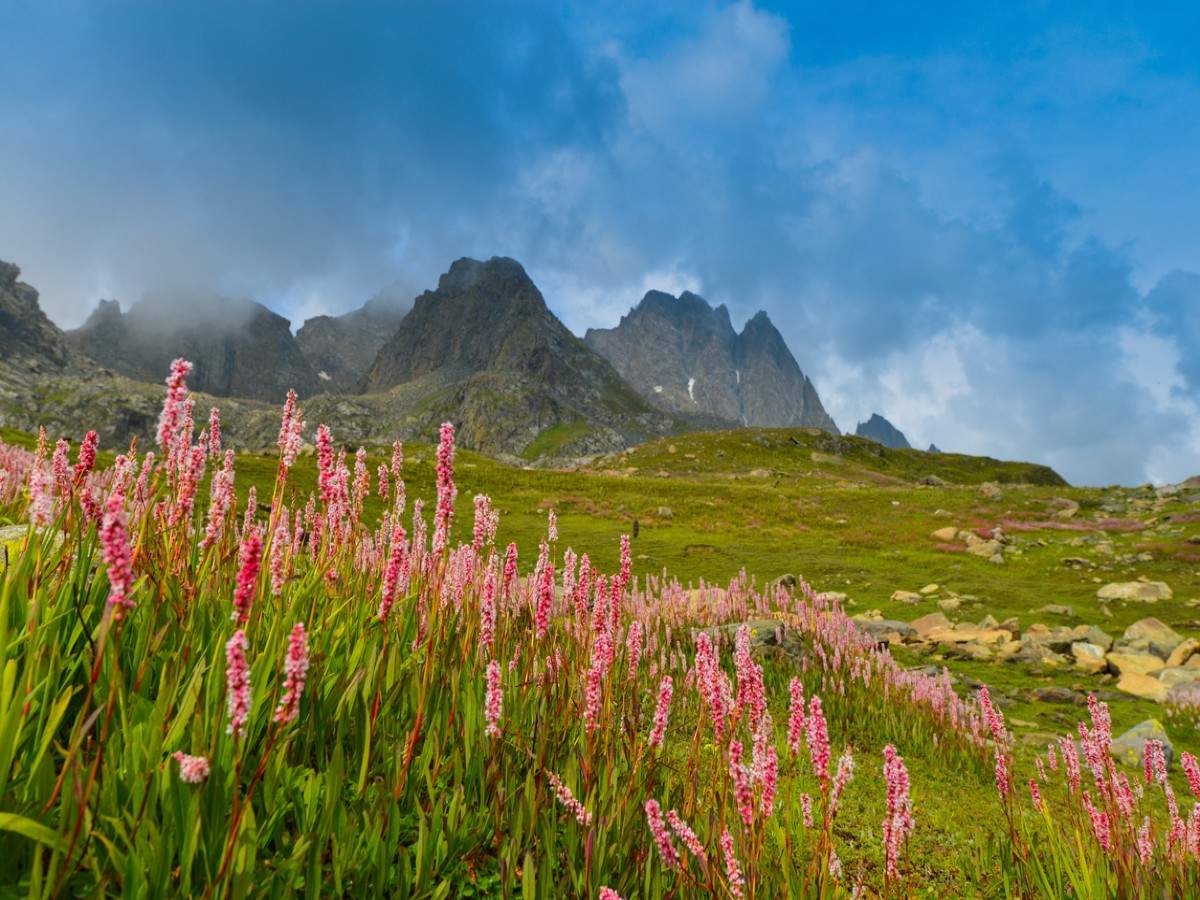 The very famous Valley of Flowers in Uttarakhand is now open for tourists. The stunning site is a UNESCO World Heritage Site; it usually opens for tourism on June 1 every year, and was delayed this year due to the outbreak of COVID-19. Uttarakhand had imposed a curfew in June to curtail pandemic outbreak, thereby halting the opening of the Valley of Flowers.

Amit Kanwar, Director Valley of Flowers, stated that, “It is compulsory for the tourists, entering the valley, to bring their covid-19 report which should not be more than 72-hour old. It can be RTPCR/TRUNET/CBNAAT/RAT Covid negative report. The tourists will have to follow all the Covid-19 guidelines laid by the state government. We expect Covid-appropriate behaviour from the tourists.”

He also expressed that the valley is seeing full blooming season this time and is a sight to behold.

The Valley of Flowers is a national park in Uttarakhand Himalayas, and is world famous for its alping meadows and an enchanting variety of flora and fauna. It is flanked by Nanda Devi National Park on the east, and both bring together an interesting transition patch between Zanskar and the Great Himalayas. The region is also a part of the Nanda Devi Biosphere Reserve, and is a treat to visit.