This I had completed in year 2019 and planning same with family (wife and 2+year son) .

I am planning to drive from Hyderabad to Ambala again this Oct 2021 (8th or 16th Oct), will finalise soon will update thread.

All suggestion are welcomed.

Here are details of my First trip,

After some research I decided to take below route 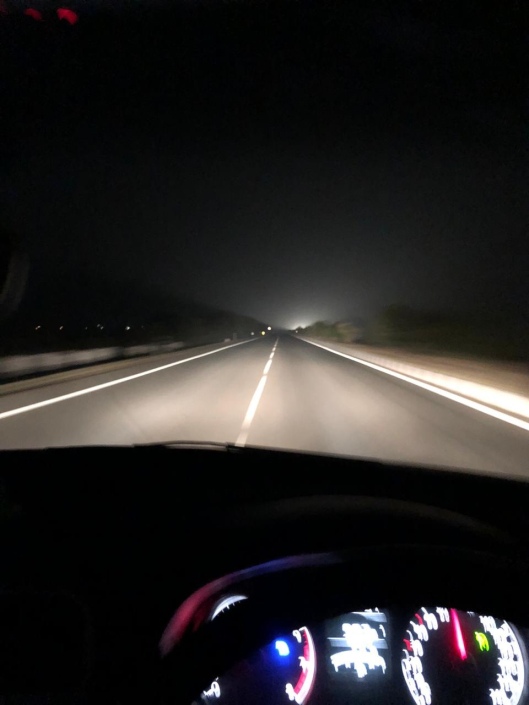 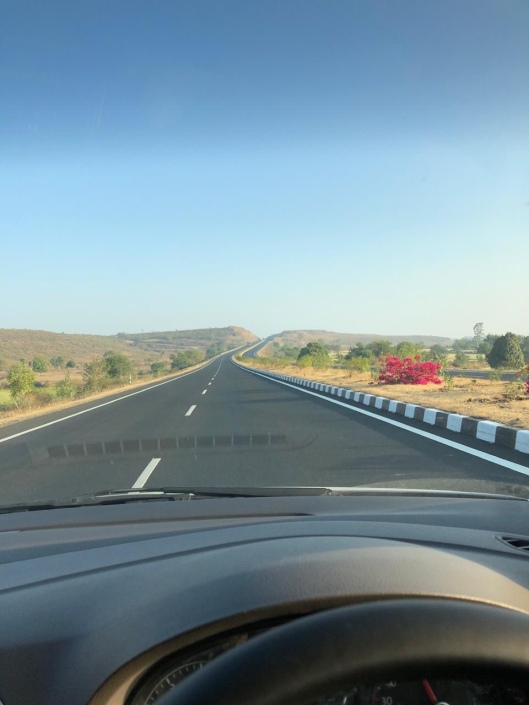 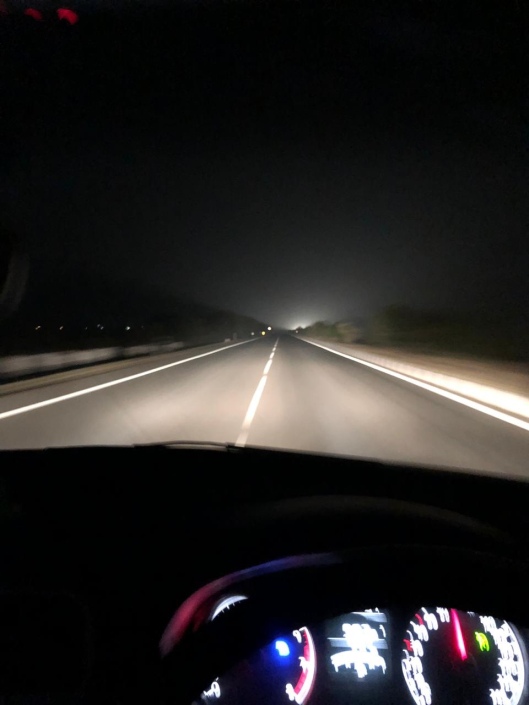 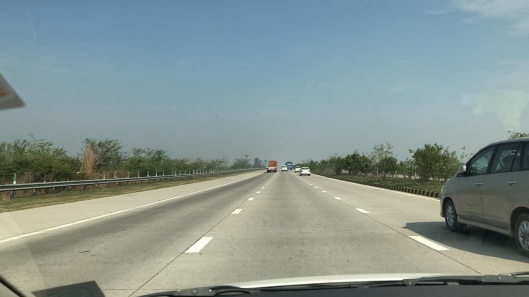 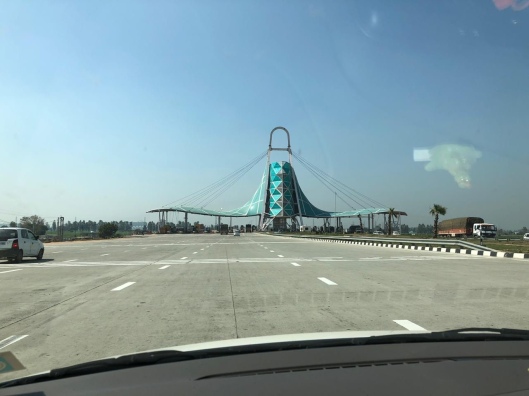 Main Points to drive on this road:
This road NH44, is at its best till Jhansi. There is no issue driving on this road in day or in night.

With family surely needs to be consider some good halt and decent hotel. On my side of road, I couldn’t find good hotel, mostly on the other side.
This roads is filled with dhaba trucker’s and filled with lots of fuel pump,

Also avoid giving lift to people. I have been requested for lift at toll Gate, i gave the lift to the person, thinking would be helpful as he might know the way.
Soon after giving left to this person, traffic police flashed torched light to stop me. I thought they might be wanted to check something but they requested me to lift some person. I was kind of frustrated with such request by police.

I simply ignored them started driving . Also this guy, whom I gave lift was kind of boring and had no idea about roads. Kind of new this place and road trip, I was stuck with him, and also my family kind of concern as on highway, these people could be some looter.

Anyways after crossing Nagpur on a patrol pump where I had dinner and all (MHKS Highway Plaza), I asked him to do his own arrangement with trucker and got he got one.

Once he left, only then i felt relaxed and could focus on my stuff. So avoid giving lift, even if some stupid police stop and ask for it.

I was near the ORR road in Gachibowli, so took the ORR, bit longer, but completely free and good for warm up for long road trip, in 40 min i was at Medchal exit, and merged with road to Nagpur.

Just after exiting from ORR it was sense this going to be tough road trip as the traffic conditions was not good. Too much of un-organized traffic and too many people around it. School buses, local tempo, truck, bikers etc.
But after driving for an hour things started to get better and better.

Road condition was better and Google maps worked well as Navigator for me. Keep on showing me road condition, traffic and turns, and making me aware about what is ahead of me, so that I can adjust my driving speed and even sometime lane.

Best part of this was, it hardly touches cities, After medchal, it doesn’t go into the cities.

After Adilabad for some Kms road condition wasn’t that good, and it was mainly due to road extending work.

Soon after that road is just Amazing, easily I can cruise on 120 Km, But as it was my long trip so I drove under 100 Km most of the time. So that I can enjoy the trip and shouldn’t get tired.

I thought taking night halt at Nagpur, It was post 8 PM when touch Nagpur area, but I did not feel like stop for night, as road condition was so good, and I had really good sleep day before the ride, so was fresh and with energy.

I guess this was the best decision I made. when I cross Nagpur bypass, things get more better, Road is more and more for me, feel like I am only one on this road. I was keep on getting company of some heavy trucks which I keep on passing them.

Initially I thought of Going toward Chindwara, After checking with some local around toll, suggested best to go towards Seoni, as the other road could be bit confusing as there are many turns within city and I might pick wrong one.

All of them suggested to keep driving on this NH44 this will keep me on right track. Which actually helped me a lot.

From Nagpur I took turn toward Seoni.

Almost 80-100 KM before seoni, there was one really good patrol pump with a restaurant and shop, based on US kind of shop concept (MHKS Highway Plaza).

I had refilled car patrol tank and filled my tummy as well., took some butter milk for the way.

Stretch to Seoni from this point is bit tough as road work is in progress, in day and night mode, lots of diversion, heavy truck moment, pothole, and forest area with winding roads.
Needs to be extra careful on this road. this road also touches Pench National Park. Could be very scenic in the day time, but expect too much traffic.


Again I thought of taking night halt, it was around midnight and I was near Seoni but again, to get into the city I have leave the main road for 13 Km, so I simply skipped and took stop over on a dhaba for tea.

I guess stopping on Dhaba was good deal, I asked one truck driver for route,(google map was enough but still wanted to ask) and he told me where to take the diversion, as on road there was no sign or direction information. As its his daily routine , he knows road well. it helped me a lot.

I needed to take left turn 4 Km from the dhaba, basicially kind of on blind spot, and if keep going straight will take me to Jabalpur. That conversation saved me.

Soon after taking left turn, road was so empty that I got worried, but google map was showing that I am non right path.
For 30-40 minutes I did not see anyone driving on that road. I could spot some dhabas, might trucker taking rest as it was was around 2 am.

Road was awesome and all for me, still cant drive fast as its still winding road at some stretch,

I looked my trip meter in car, I had driven 800+ km so far, so thought of completing 1000Km and take rest. just small target to have fun. I was feeling fine but surly bit tired.

Also I had made mind before Sun rises, I would give rest for to my eyes.

I learnt over the time period, it always good to give rest to your eyes, before morning after night drive, this way you wont get strain on your eyes. same for when switching from day to night driving.

Remember to keep atleast one window open, just bit is fine to be safe inside and lock the car.

Got up and had tea, but not feeling with much of the energy, because of nature calls and all.

I was looking for decent dhaba where toilets are neat and clean.

Also I realised there are lots of cows on the road, which could be not spoted in the night drive, also local people including kids, walking around the highway, people coming wrong side, try to take cuts whereever they feel like to. But whole thing was scenic, nice sun rise, farms some lakes.

Finally I found one Decent Dhaba just after Jhansi exit from NH44. I took a room and got freshen up, took bath, slept for one more hour.

I had lunch and tea, and now it was 1 PM, I was back with full energy. Hit the road again and just after crossing Jhansi exists, NH44 was gone, means really bad condition of road.

Worst Stretch from here to till Gwalior. Some places there are no roads, you need to drive through mud or just sand laid down for road. Construction is in full spin. Not sure why this place this so worst.

After Gwalior also road is not that good. You would hit Mumbai- Agra Highway. but now roads getting more dense traffic and road started get into cities. So when you hit the city, you would have lots of speed breaker, uneven traffic, people all over the roads, chances of traffic jam.

Crossing Morerna city was tough, due to heavy traffic and some flyover construction.

Now Road till Agra is like this only, better drive under 80 km, watch for people, tractor and Self proclaimed VIP moment, cabs over taking you to get passengers or reach Agra as soon as possible.

Anyways this is the story of all over in India ,nothing new, but as I drove on lovely road till Jhansi my expectation got increased a lot and I wanted all roads should go outside of the city at least, I might able to sync with cows on the road but syncing with humans on road is tough.

I reached Agra around 6:30 PM, I took stopover as my brother was also here.

I had energy to drive more, but brother told me to start in the morning. We went Sadar bazar which I love the most in Agra. Neat and clean from rest of the Agra market. We had dinner. Slept well and started next morning around 8 Am.

After driving for 20 min, I was at Yamuna Exp. highways, paid toll and now I can drive and sleep both at same time, lol. just kidding. Road is straight 6 lane with shoulder + some more space, as some stupid people take over from shoulder side of the road as well.

Traffic increase on this road as well, I drove last time when it was first built in 2012.

But still you can cruise at 120 easily and if you wanted to rest you have decent exit for that and first calls restaurant with patrol pump and motel. So in place of spending night at Agra, I would spent night on these place. Unless you wanted to have some sightseeing in Agra.

We reached G. Noida in 2.5 Hours, and from there we took Westren Peripheral Exp. Highway.

Till now I was in impression, Yamuna exp. is best, but this one is just amazing, 6 Lane with shoulder. Pls. dont drive on shoulder it is just for emergency stop only and never try use it for over take, there could be some stationery vehicle.

Best road to drive and save lots of time. This road takes takes you to closer to Murthal, or Just after Kundli. And you lands closer to Gulshan dhaba.

We had lunch there and started last lap of my journey.

I wont say much on this road now, this road is decent, good drive, but full of traffic, and tolls without much of the facility. some part still under construction.

Look for stupid driver who keep driving in zig jag fashion, but most of the part is just ok. not much fun or may be I am bored driving on this road, I have been driving on this since my college time, on bike, on car, on bus hell lot of time.