At the outset I would like to thank fellow BCMtian Mithun123 for his travelogue on Mechuka which proved invaluable for my own trip. Also, a first glimpse of Menchunka/ Mechuka/ Menchunkha as seen from the road. 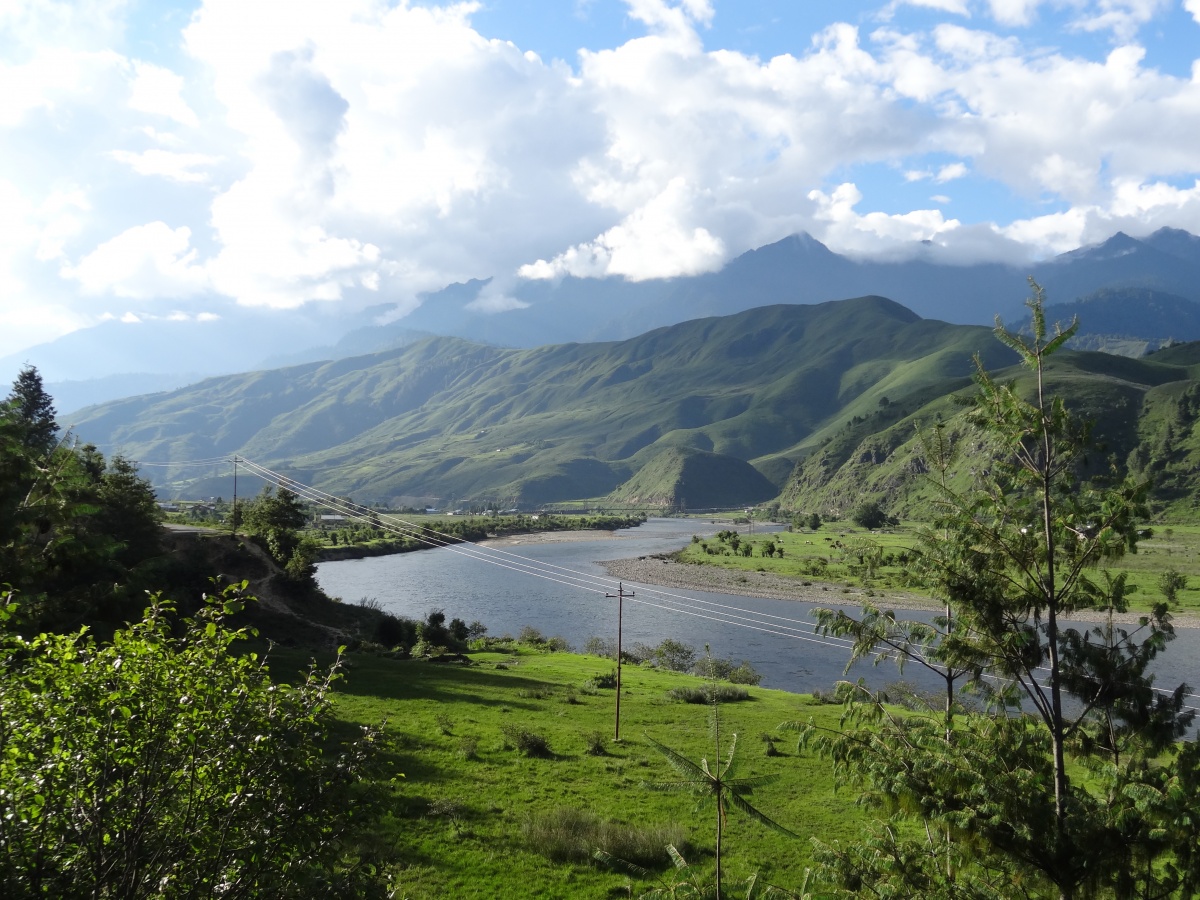 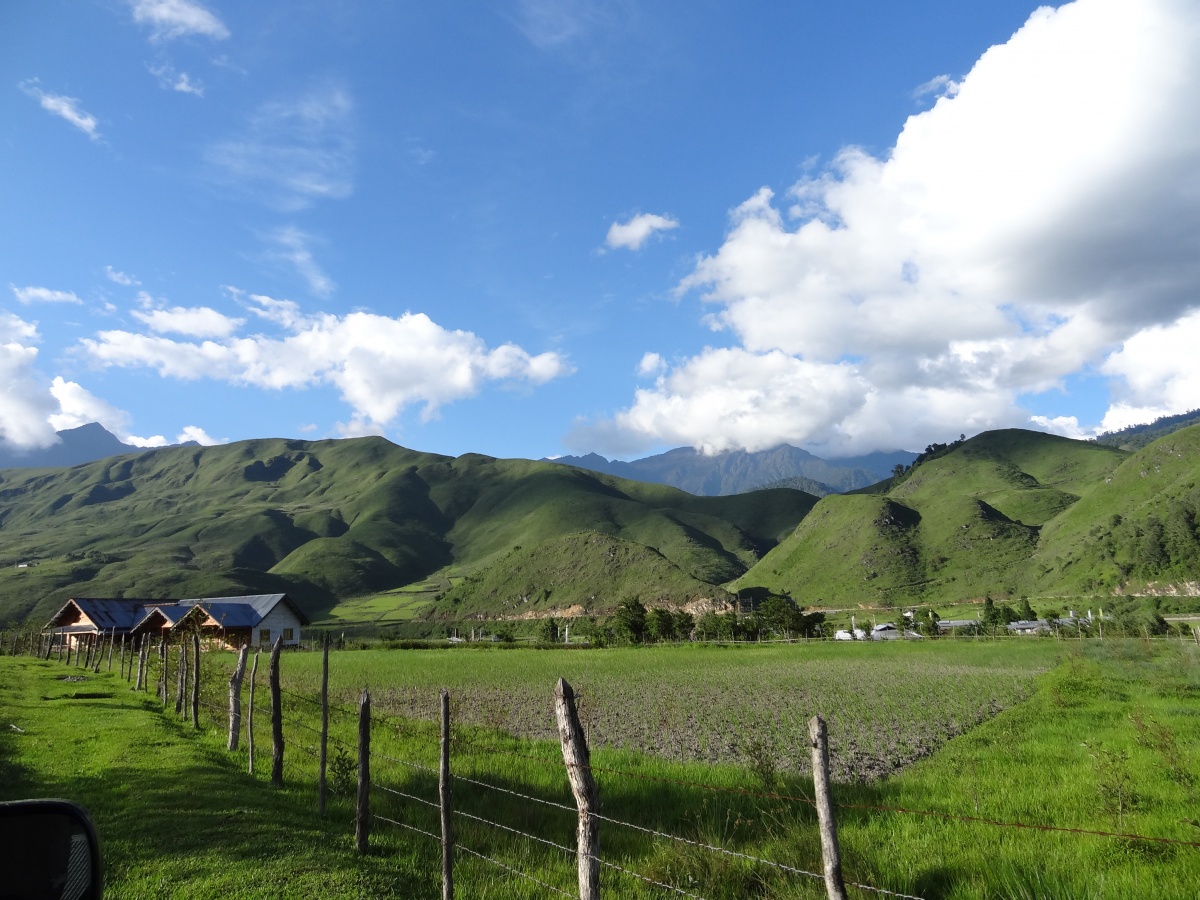 Prologue:
It had been nearly six years since three of us, all school friends, were together. One month back, Animesh informed that he would be in his hometown Dibrugarh, Assam for a couple of weeks and the idea of going for a road trip was floated. Safique, also based in Dibrugarh was the third partner in adventure. Names of probable places like Kibithu, Namdapha and Mechuka were discussed. We had heard about the beauty of Mechuka from different people. However, the travelogue by Mithun123 had us sold. It was decided that Mechuka it would be.

Vehicle:
The road trip was initially planned to be a bike trip. Safique with his Pulsar 180 and me with my Classic 500 with Animesh riding pillion. However, as luck would have it, my bull developed a problem and would be unfit for the trip. Also, I didnt have the required number of leaves for a bike trip (I would be travelling from Guwahati to Dibrugarh and back). Thus, the decision to take a hired car was taken. The search for a cab to Mechuka turned out to be a pain as the few cabs who were even willing to go were quoting prices which were out of our budget. Most of it was due to the bad road conditions in Arunachal. Finally, we zeroed in on a Scorpio at the last minute. As we later found out, the fear of bad roads was unfounded and the circuit can be done using a small car as well.

Day 1:: Dibrugarh to Along

We started from Dibrugarh towards Bogibeel Ghat where we would be crossing the mighty Brahmaputra at around 9 am. The delay was due to the fact that the bolero we had originally booked cancelled at the last moment. We somehow managed to arrange a scorpio at the last minute.
At Bogibeel ghat, get prepared to be hounded by ferry operators. There are government ferries whose prices are nominal. Then there are line ferries which charge Rs.800 for a vehicle Rs.90 for a person. Then one also has the option of reserving a complete ferry to oneself. The operators would quote prices as high as Rs.2000 but ultimately they settle for Rs.1500. We got a ferry reserved and started towards Kolajan ghat on the other side of the river. The ferry journey takes around 45 minutes.

The Scorpio being loaded on the ferry: 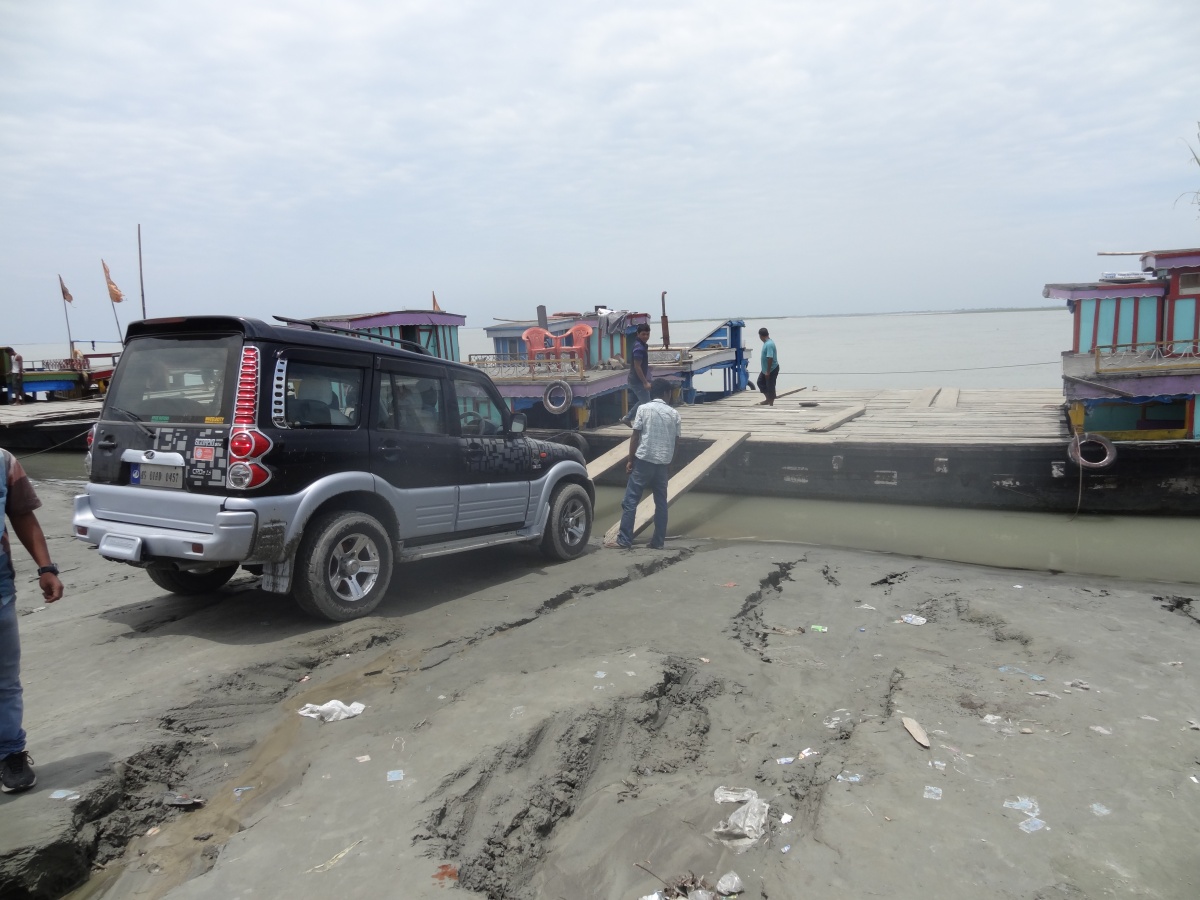 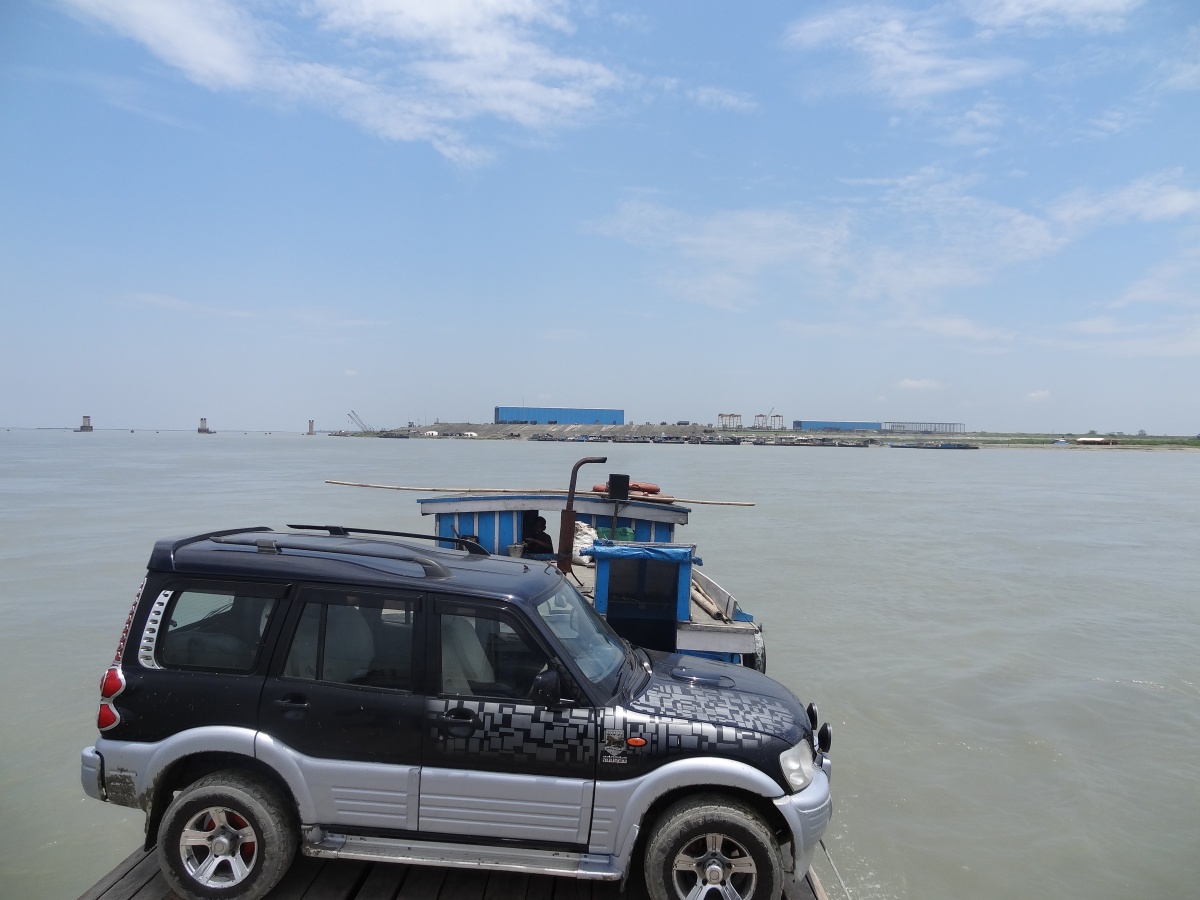 Another ferry carrying passengers and cars: 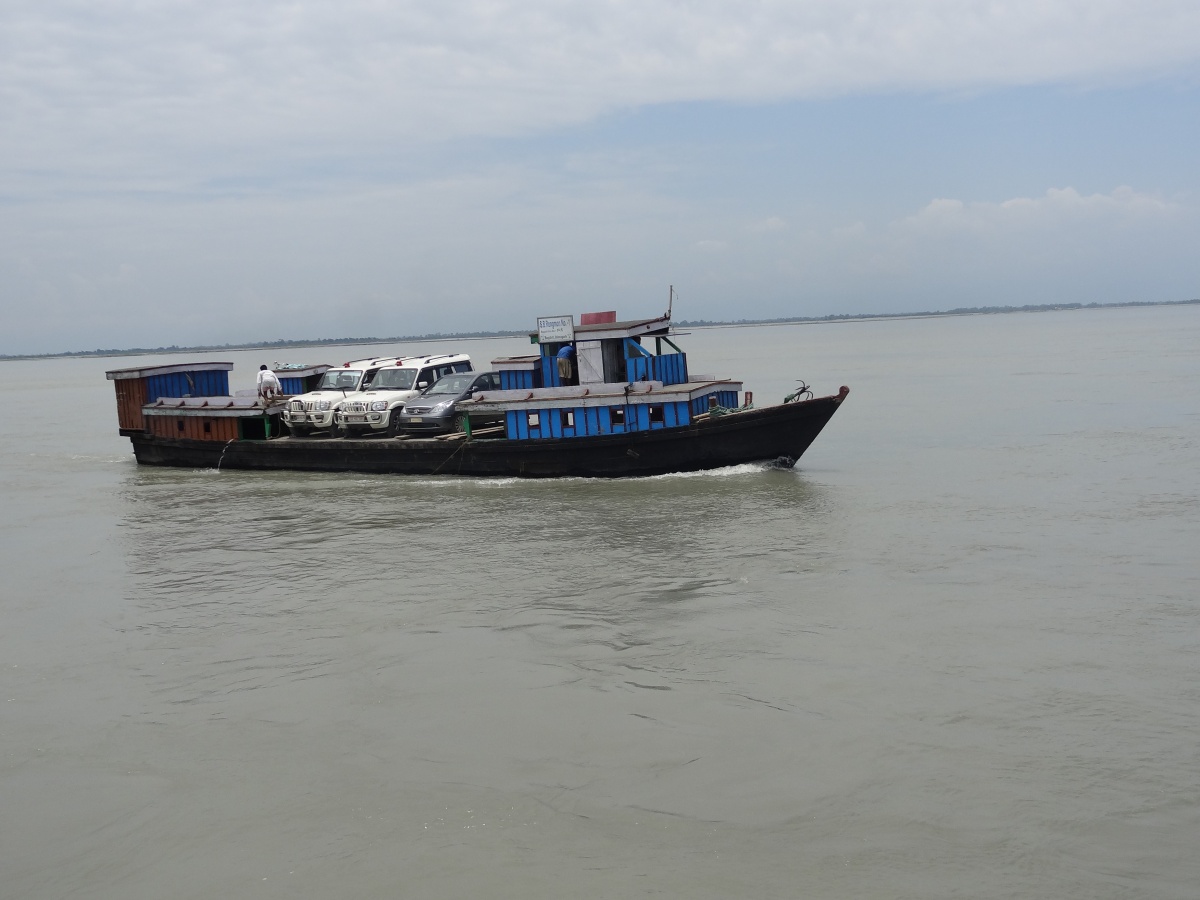 Pilot of our Ship: 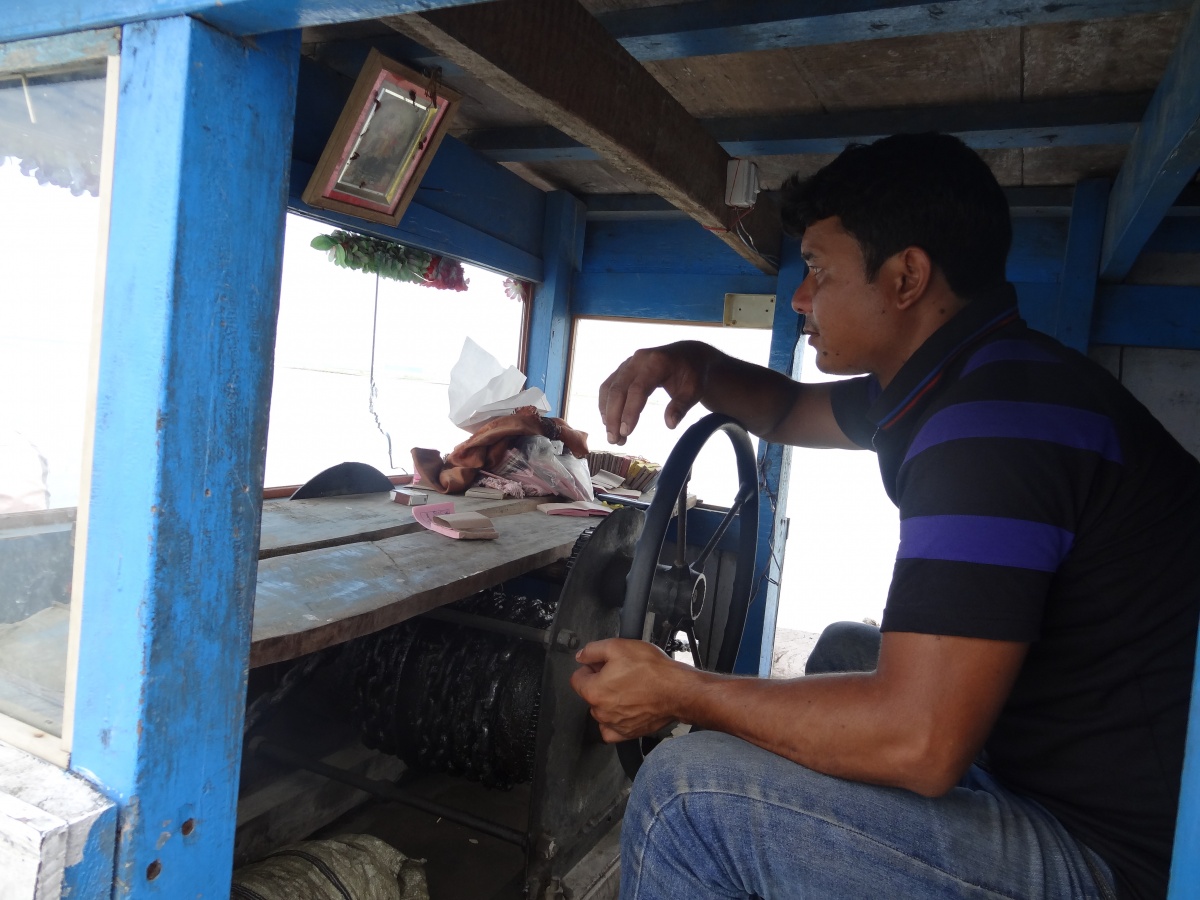 My friends having a nice time on the ferry: 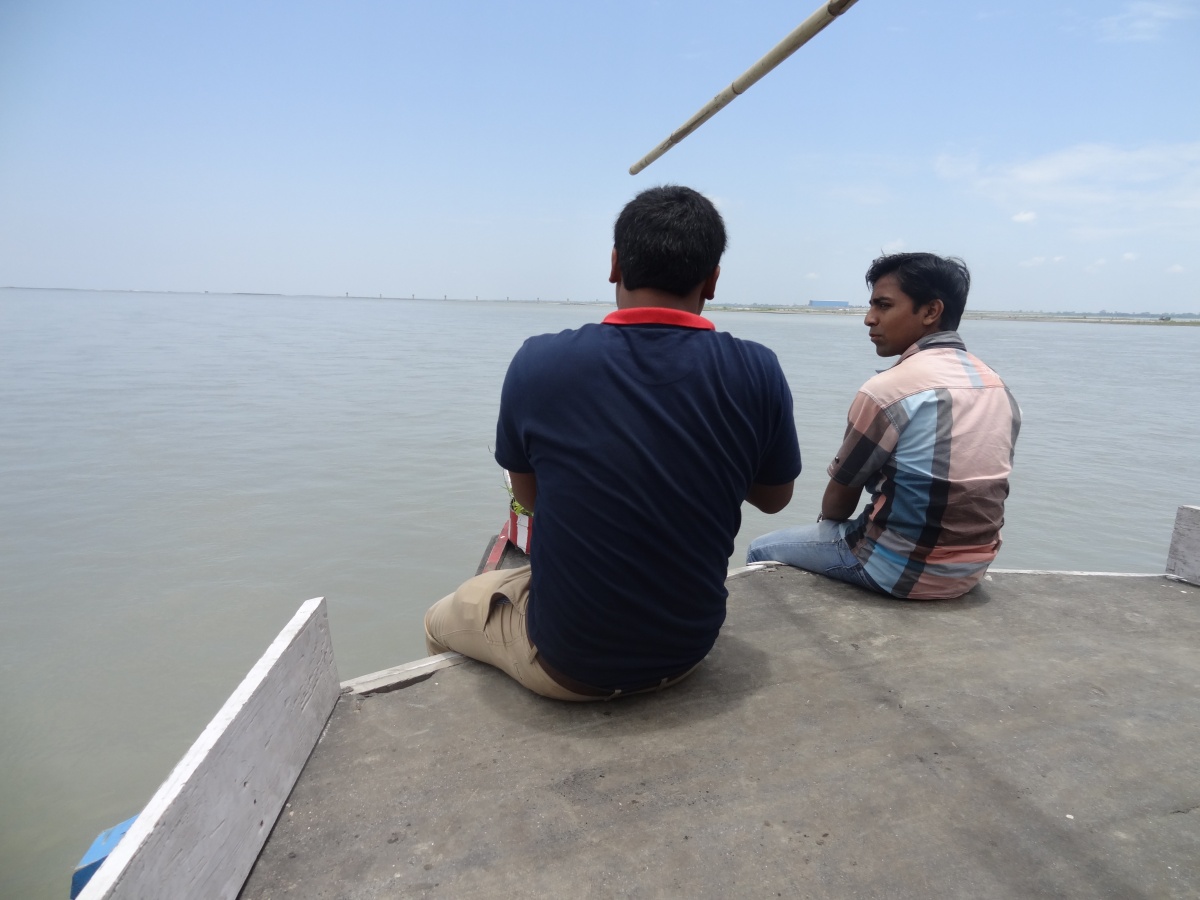 There are two routes to Along. One can either pass through the Ruksin gate and travel via Passighat or one can go from Silapathar towards Likabali gate. We chose the latter for our onward journey.
Along is around 150 kms from Likabali check post. The road is in good condition. However, it consists of sharp turns all the way through.
Before going to Likabali, we had lunch at Punjabi Dhaba which is around 2kms ahead of where the turn for Silapathar town needs to be taken. We had tasty chicken curry with hot rotis and awesome tarka to boot. There was no power when we were eating and by the end of it, I was drenched in sweat and looked like someone who had just run a marathon.

After lunch, we headed towards Likabali checkpost where our particulars were recorded. The journey to Along is through never ending curves and bends. There is hardly any straight stretch of road for the entire 150 odd kilometres.
The scenery just gets greener and greener as we move deeper into Arunachal Pradesh. We stopped at a small town named Bashar for a tea break. The tea was great and we said so to the guy running the shop. He said he was making tea for the first time. Beginners’ luck.
We reached Along at around 7 pm and checked into Toshi Palace. The rooms were clean and decently priced. The same cannot be said about the food there though. It was priced too high and wasn’t good at all.
There is bar cum restaurant nearby Toshi Palace which is really good. We tried this on our return journey. Awesome food at a reasonable price. Time for some pictures:

Houses on the way to Along: 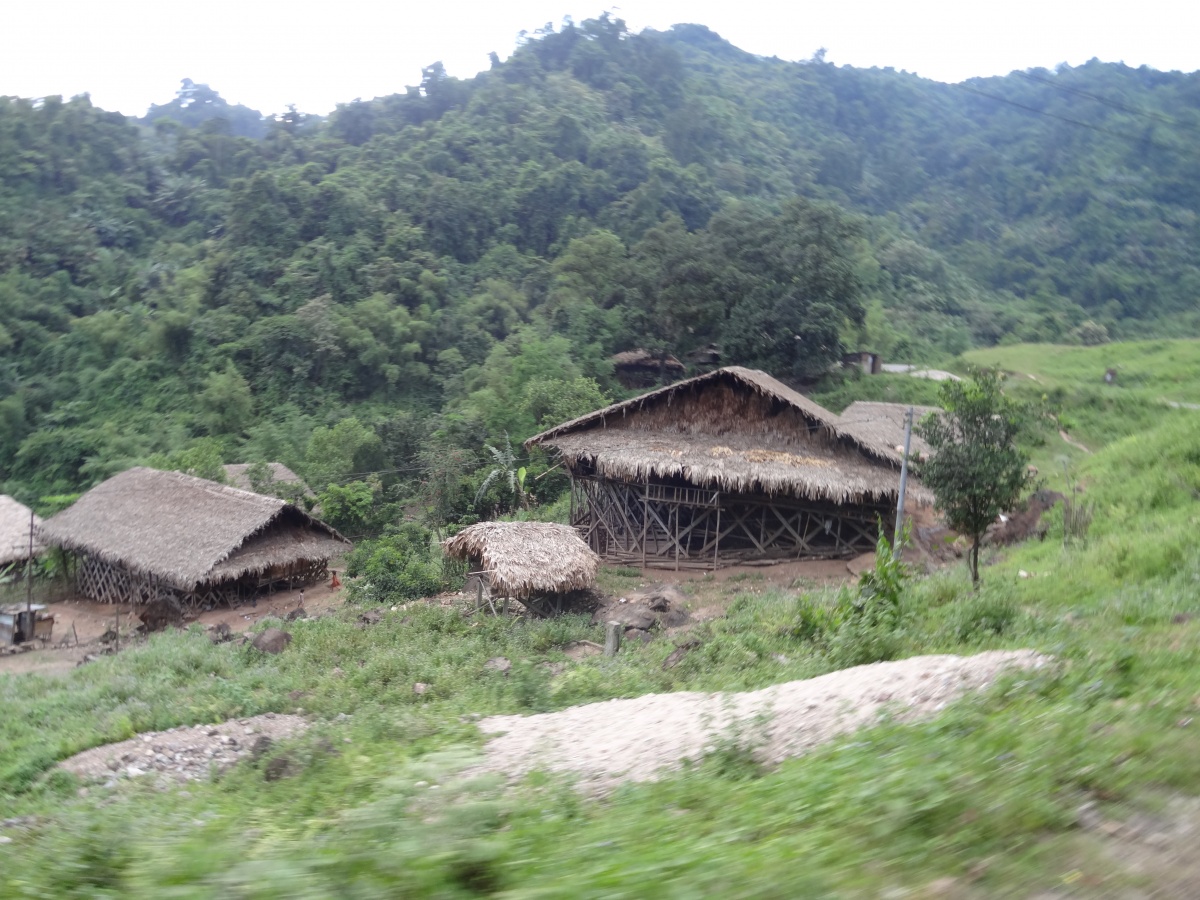 On way to Along: 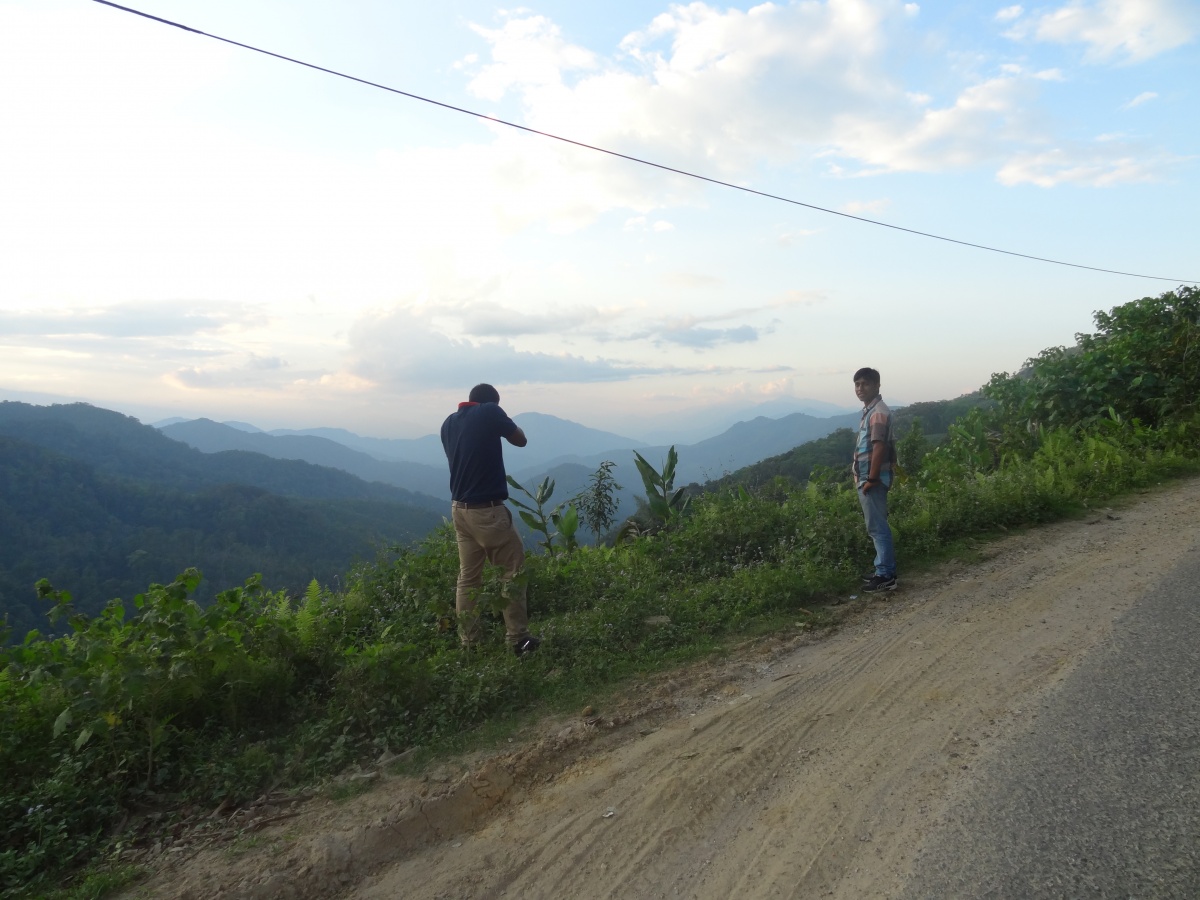 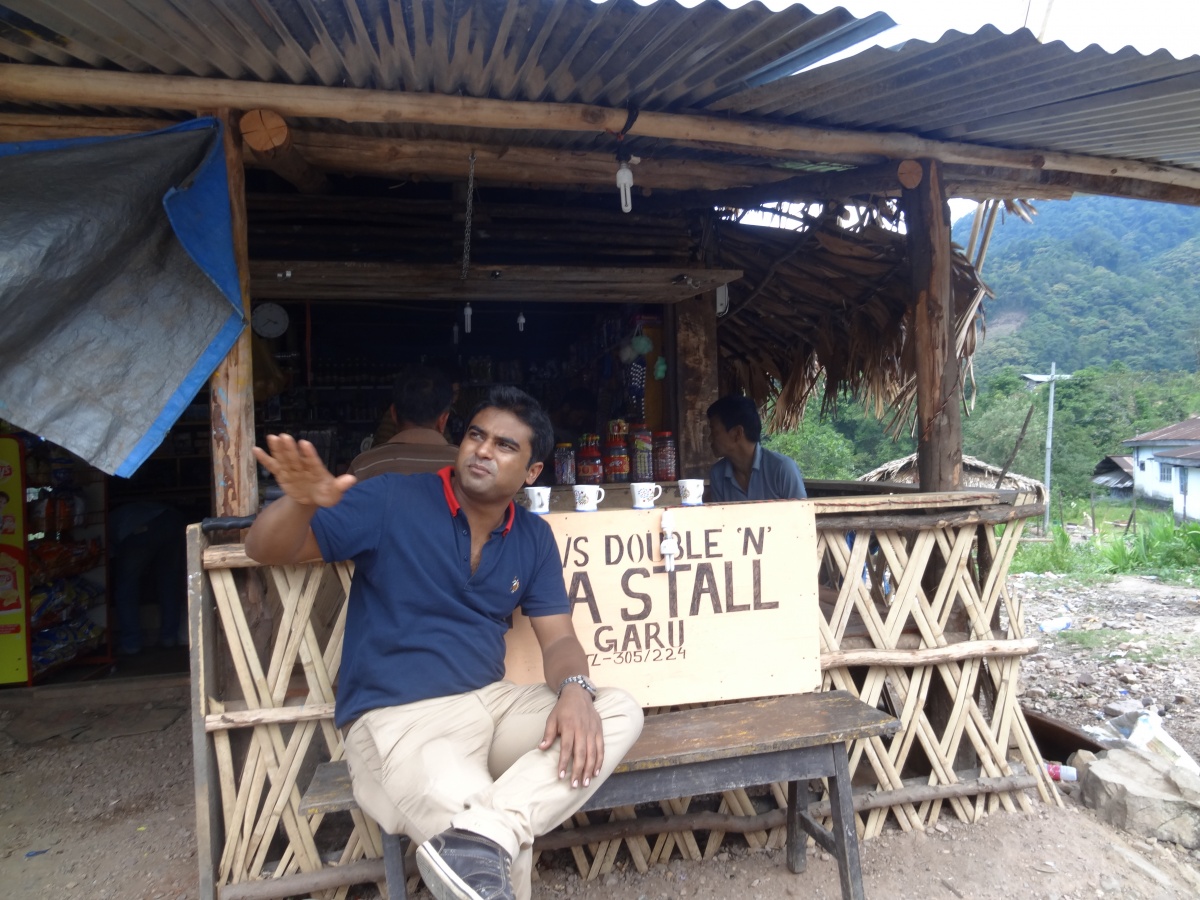 The mountains in the first two pics are so beautiful, and different. Like mountains of Hanle covered with green!

Great going! Looking forward to the rest of this travelogue.

Nice beginning and the greenery is awesome...
Waiting for the road pics as well.
R

We started for Mechuka at around 8 am after having nice paranthas at nearby stall. Now, this is where the landscape really begins to get beautiful. We had to stop at every other turn to have a look the beautiful scenery around. I couldn’t help thinking how much more enjoyable the journey would have been if we had brought bikes instead of a car.
Some paddy fields on the outskirts of Along: 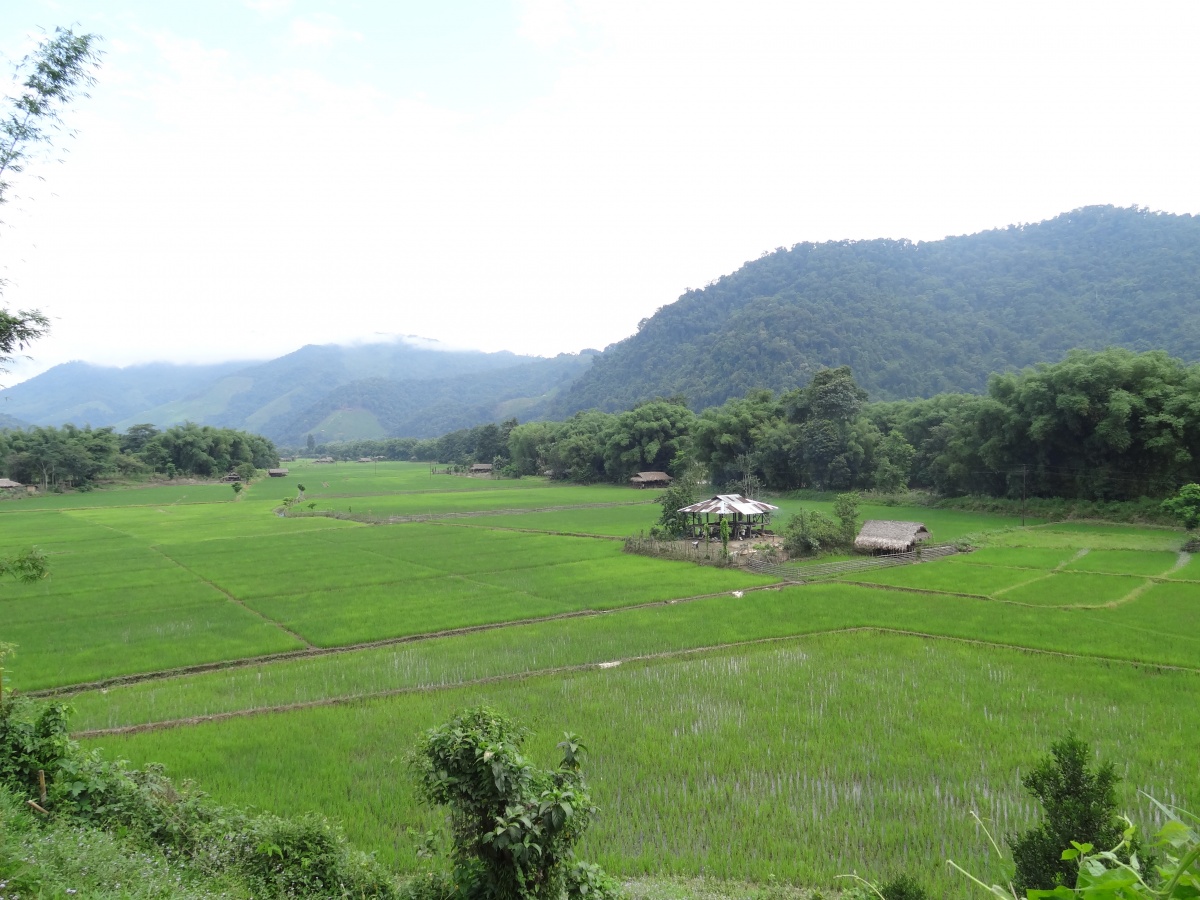 The mighty Siang river keeps us company all along the way: 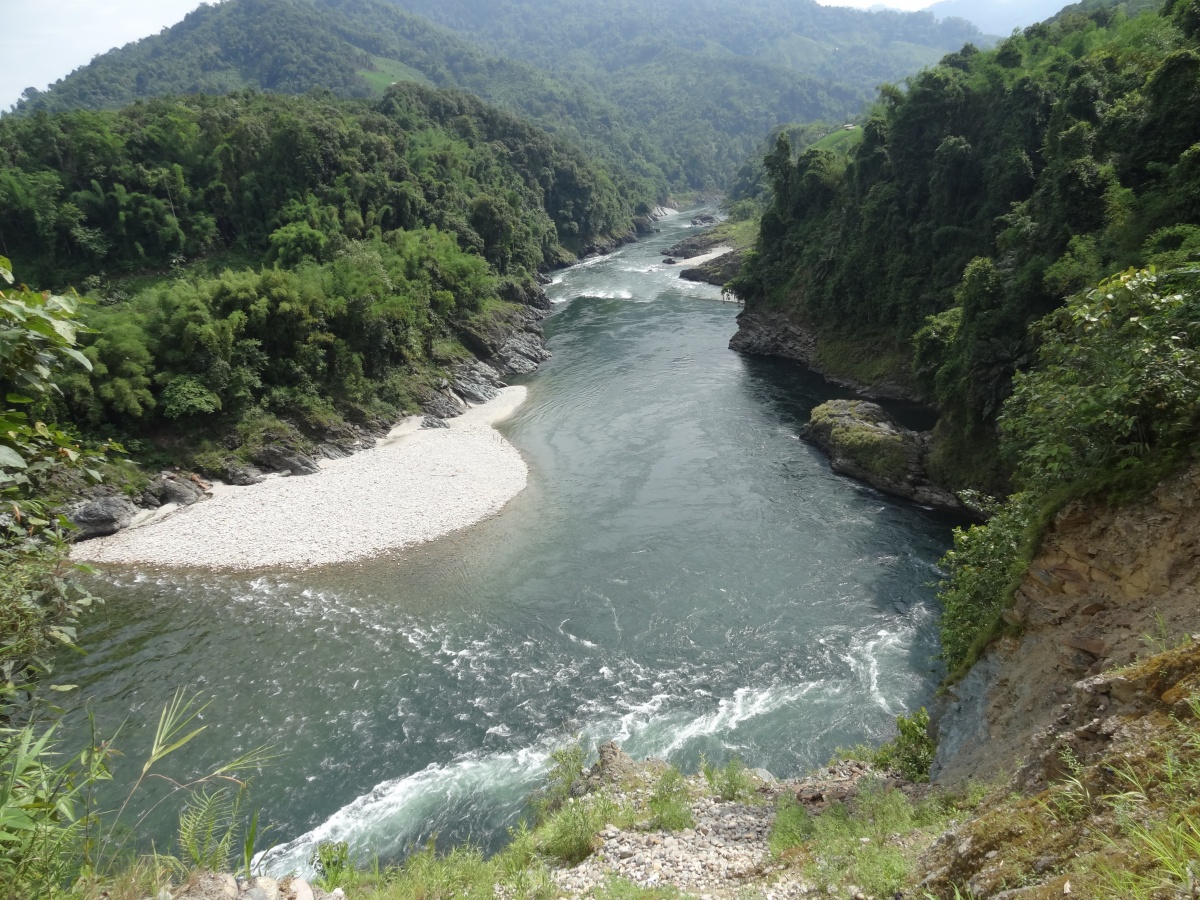 Now, there is an insect here, locally known as Daamdum, which is as large as a small fly and sucks blood. It is known to cause serious inflammation in some people. Carrying odomos is recommended. We didn’t carry any and got bitten by this insect. Luckily we didn’t suffer any inflammation. Just a minor itch.

After some time, we stopped at roadside dhaba near Pene for lunch. The food is nothing to write home about. It just serves to get you filled for the journey.

The dhaba where we had lunch. 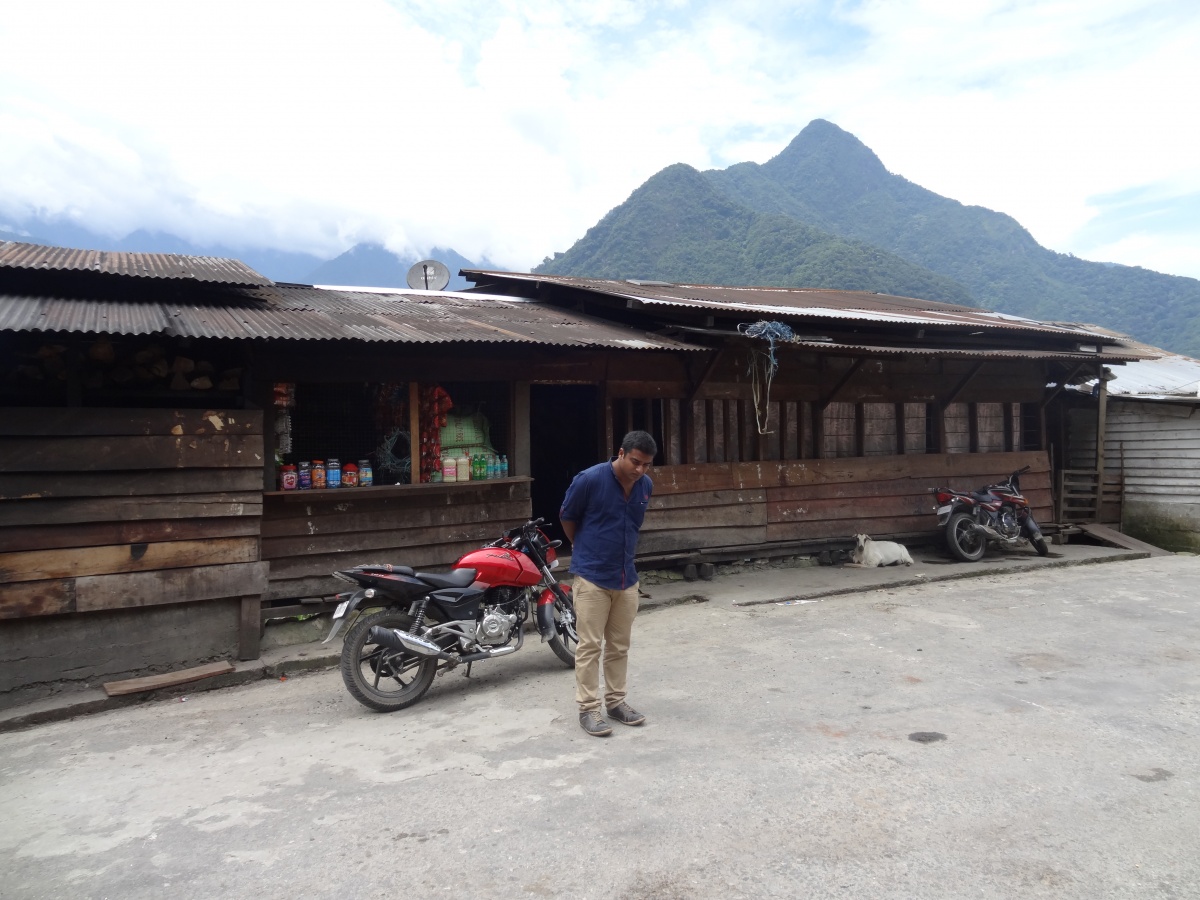 At the Likabali checkpost, the guards had informed that Menchuka would be really cool even at this time of the year, i.e. mid June. However, so far we had encountered only hot weather and were getting tired. This is when we came across a road side waterfall which became one of the highlights of our trip. The water spray was so cool and refreshing. Also, one can get right close to the water fall. If this wasnt enough, the view on the other side of the road while you are enjoying dipping in the water has to be seen. At that moment, we realised we were getting close to heaven. Some pictures from the water fall and the road: 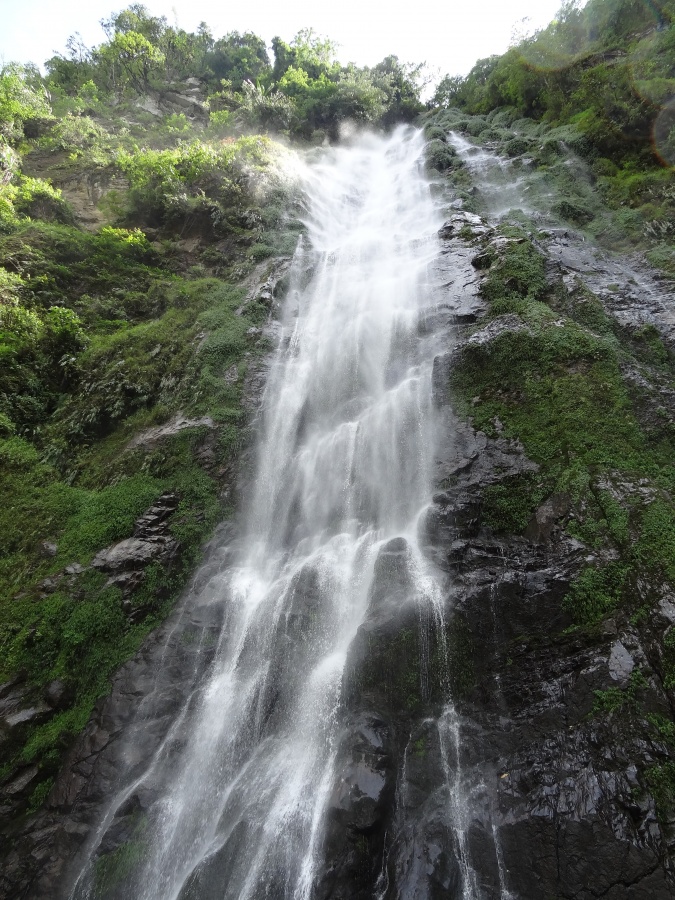 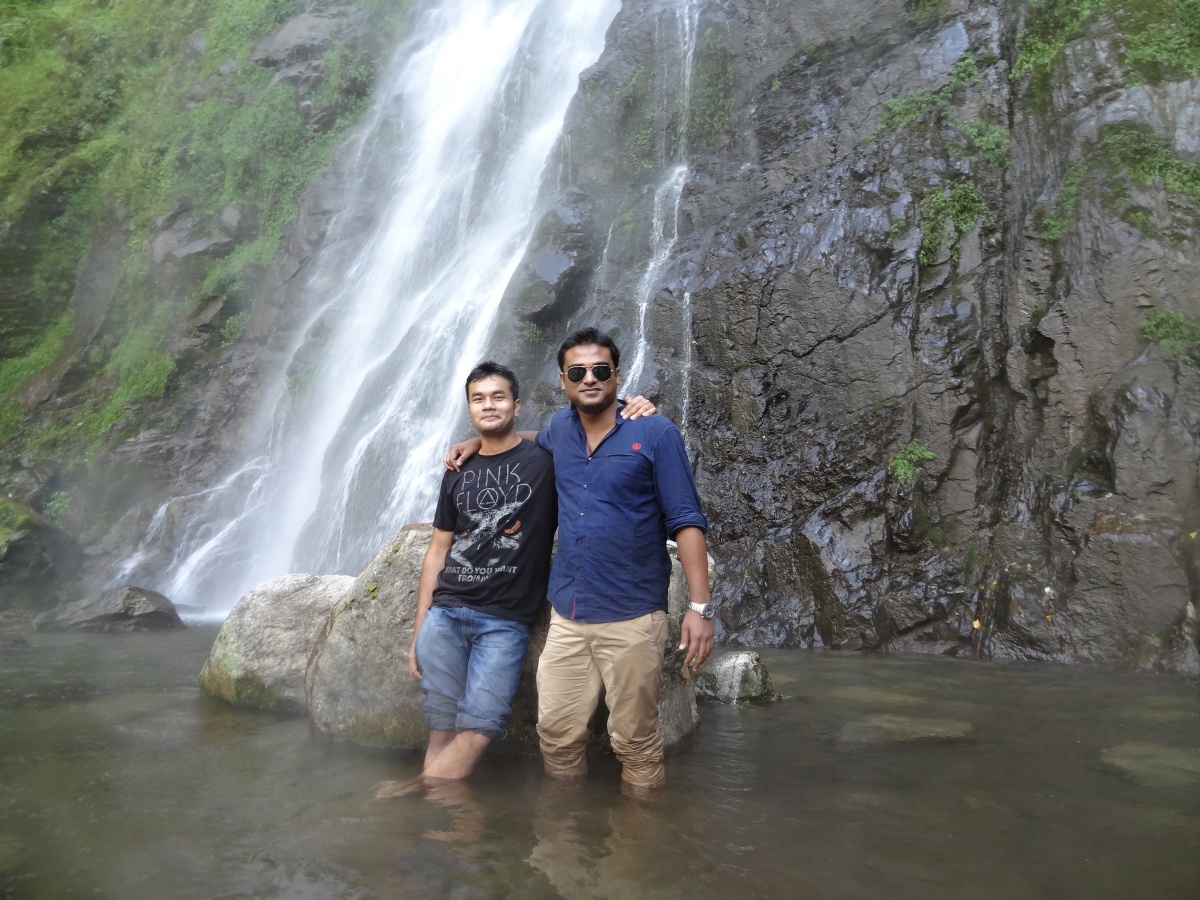 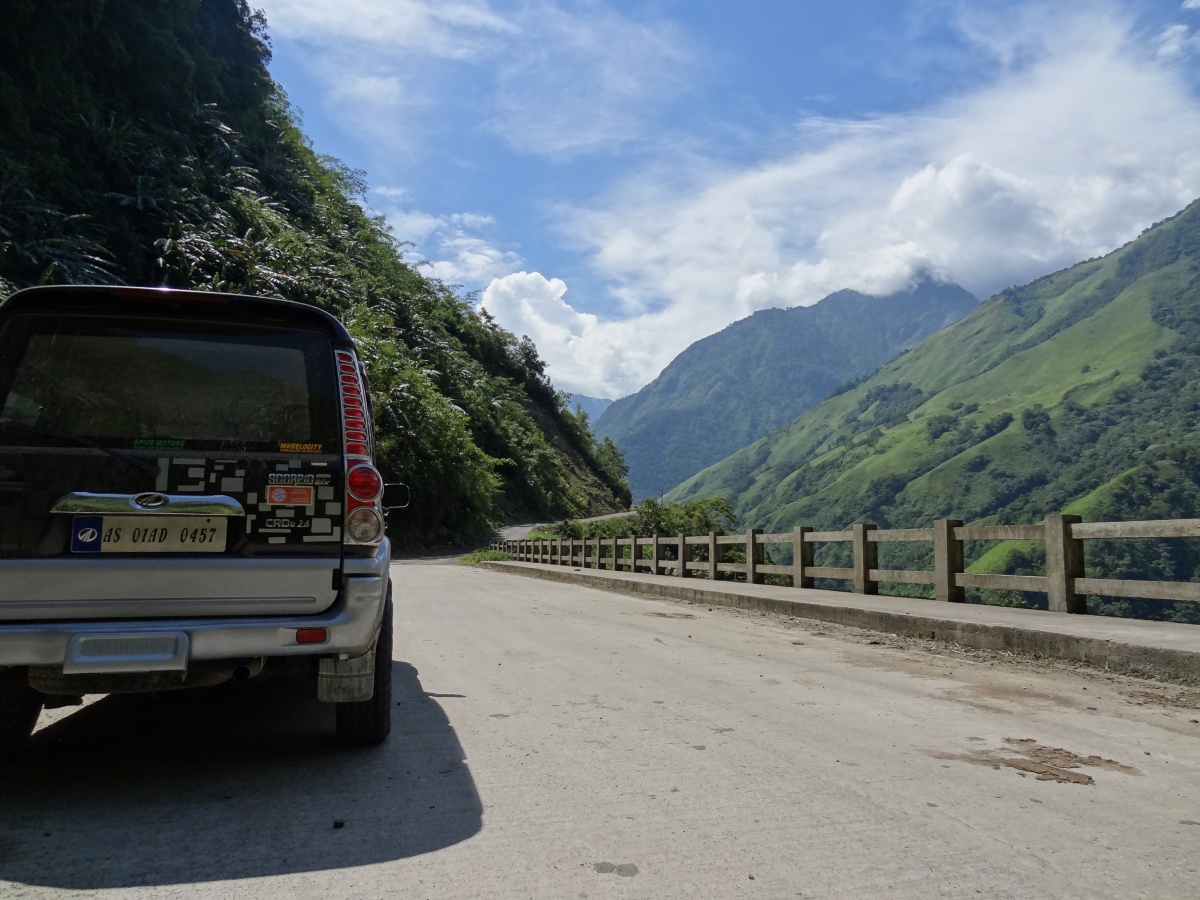 
After that much needed refreshment we continued our way to Menchuka. A word for the road condition: Acceptable. One does not need a vehicle with high ground clearance for this circuit. i.e. Likabali-Along-Menchuka. However, Menchuka-Along-Passighat-Ruksin gate which was our route for the return journey may necessitate a vehicle with high ground clearance. But more on that later.

We entered Mechuka around 3:30 pm. The view has to be seen to be believed. The hills of Mechuka give a new definition to the term rolling hills. It is as if a green carpet has been placed over the hills. Also, you can feel the chill in the air as one approaches this beautiful place.
The beautiful town with its narrow, clean roads make you feel like you have landed in another space and time. And the quietness. There is no noise of automobiles or radios or any other noise. Later on, we came to know there is no electricity connection in majority of the households.
We proceeded towards Gayboo Traditional Lodge which would be our home for the coming 3 nights. Its a beautiful cottage made entirely of wood. No fans No TV. But then, I assure you will not miss them. The owners of this lodge live just adjacent to the lodge. They are the most welcoming hosts one can come across.
After checking in, we decided to roam around the town. One of us was keen to get odomos to protect himself from further bites of the Daamdum. There is not much to see in the market place. One thing that you will notice that most of the shops are run by women. Even the wine shops. Infact, even the road construction workers that you will come across are mostly women in the state.
There is an airstrip right in the middle of the town and people go for evening walks here. We found it a little strange and decided to give it a try ourselves. It was relaxing to walk on a runway. What we should have watched out for is the cold winds. Literally blew us cold.
Then it was time to retire for the night. Some pictures as we enter the town: 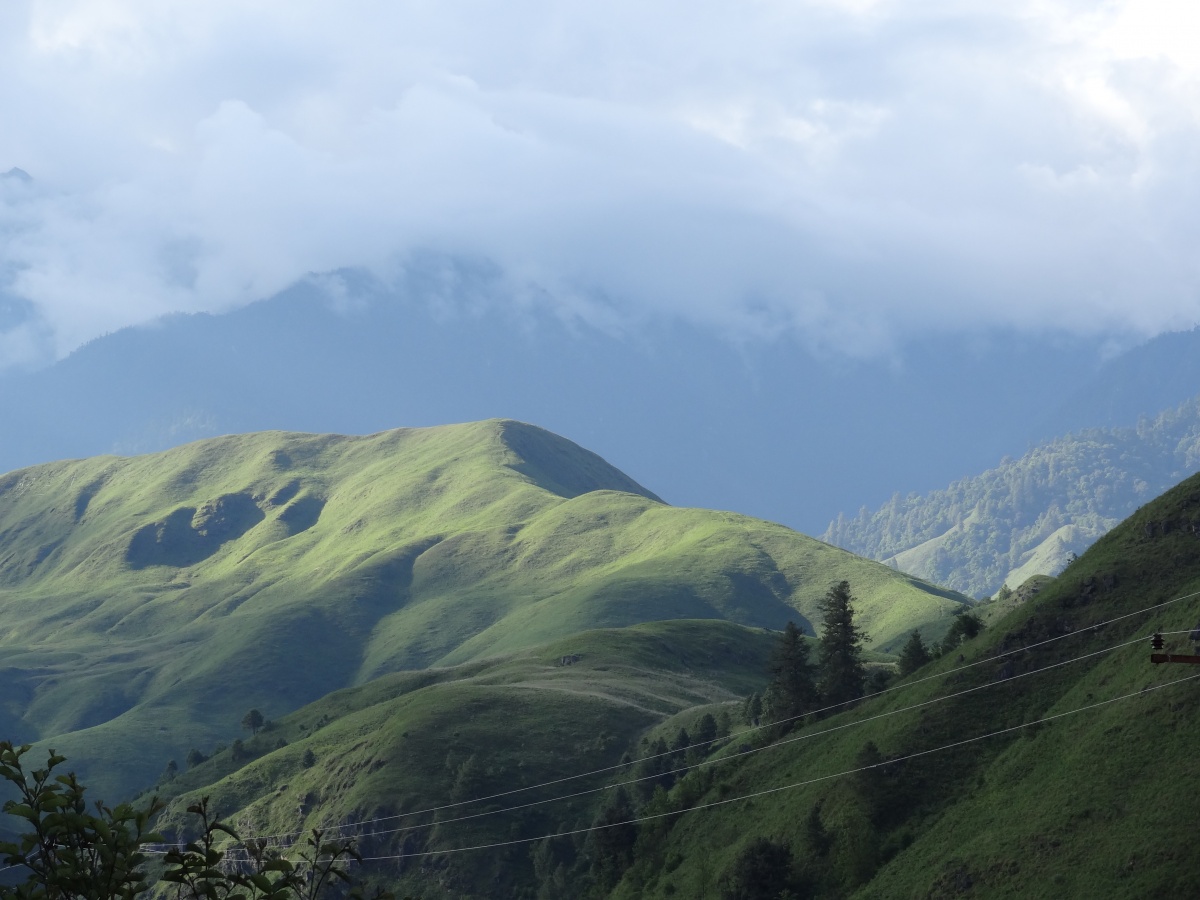 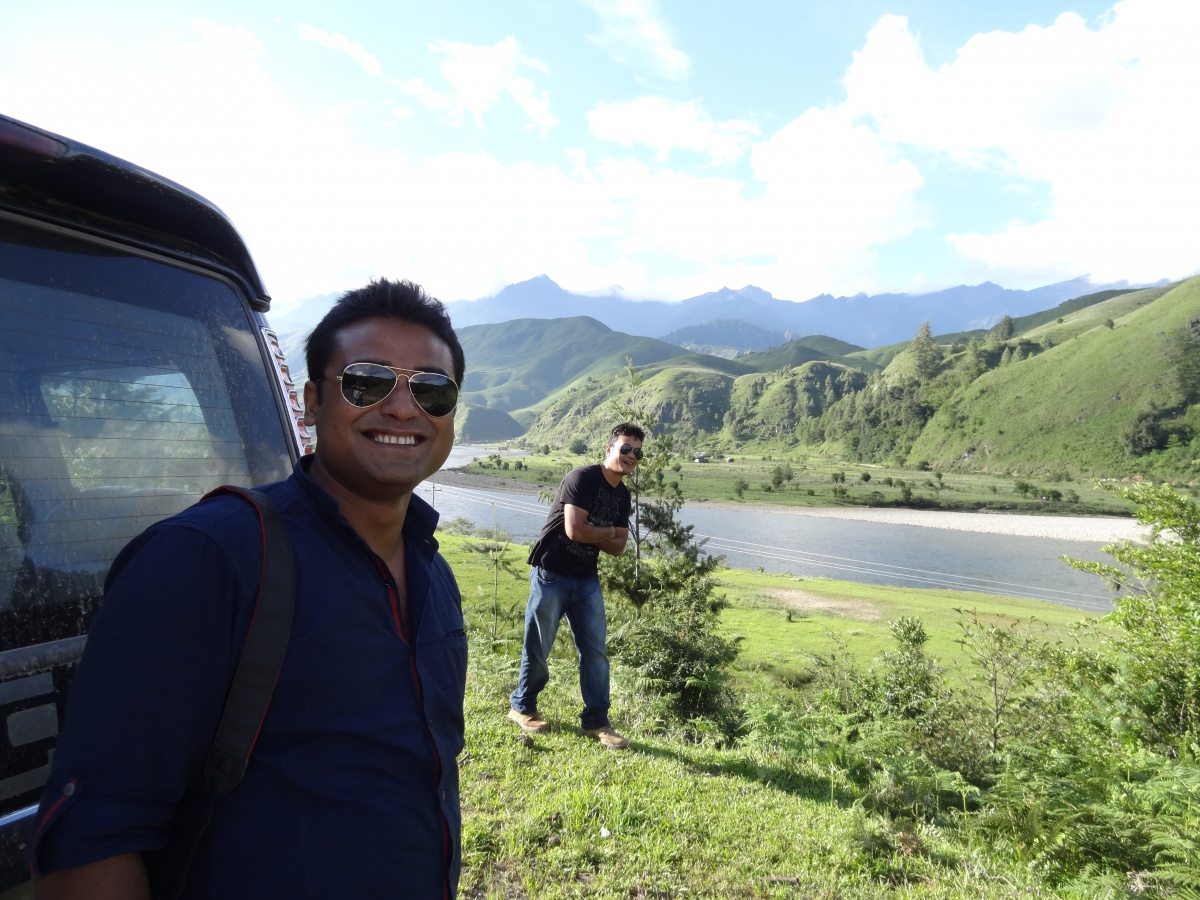 Also a picture of Day 3 and signs of things to come. The net connection in my place is very slow and i am having some difficulty in uploading the pics. 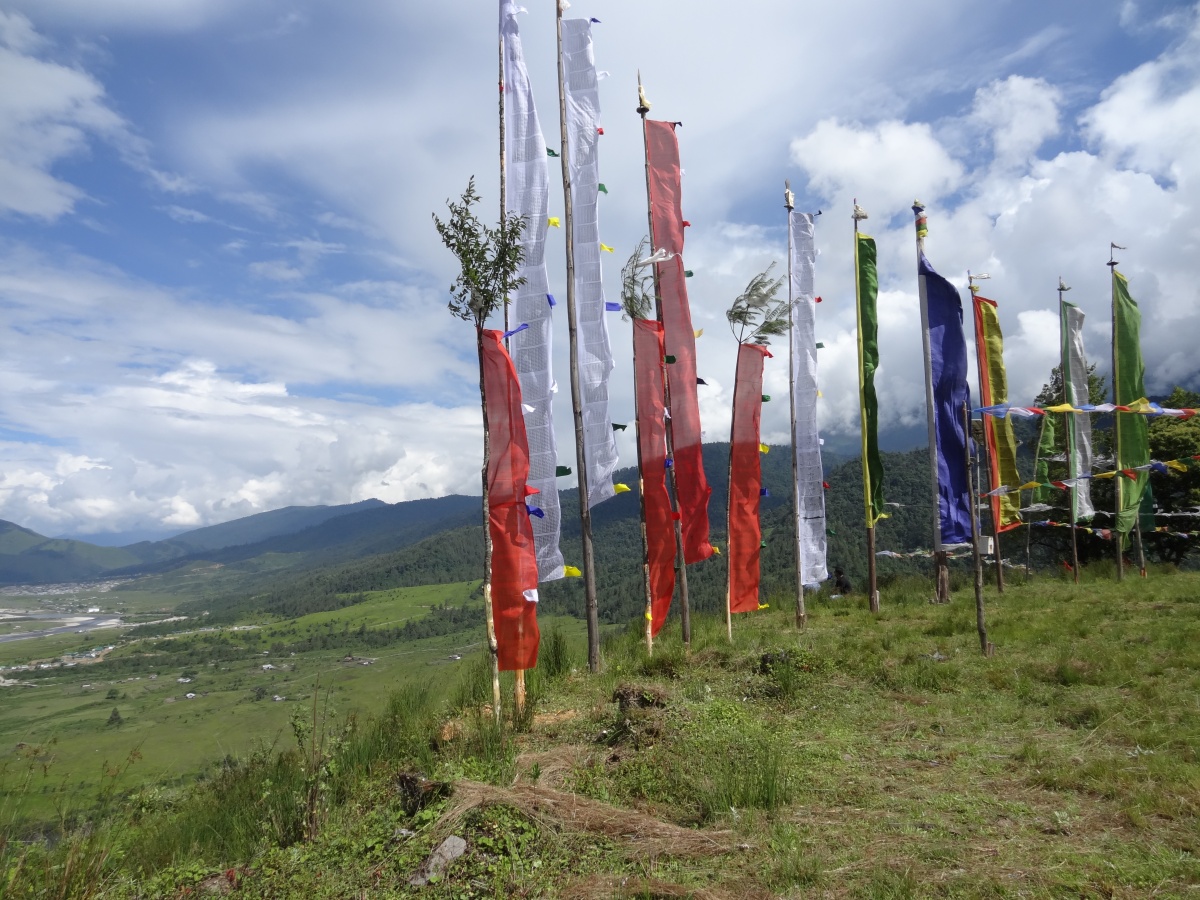