Even we got lost on our way to Karni Mata temple and that too without Google Aunty! But, we did get there just as darkness fell.

For the Jain temples and the havelis, I refused to take the i-toonty into the old city. Parked on the road, took an auto and got dropped back! My knees were almost scraping past the shops on the way to the Jain temple.

Unfortunately we learnt that lesson a bit late. Thankfully the Alto escaped with just a few scratches and despite all the chaos, we didn't hit anyone.
M

any help... i am from bikaner

MandyS_BacK said:
any help... i am from bikaner
Click to expand...

Came back from Rajasthan on Sunday. Everything went fine, just that the first day took a little bit getting used to.
W

I woke up around 7 am and after a while, went outside to clean the car (I was now entrusted with the job of cleaner, along with narrator). Sadly though, bucket wasn’t available for me to wash the car with. So I just took a couple of photographs and came back inside . 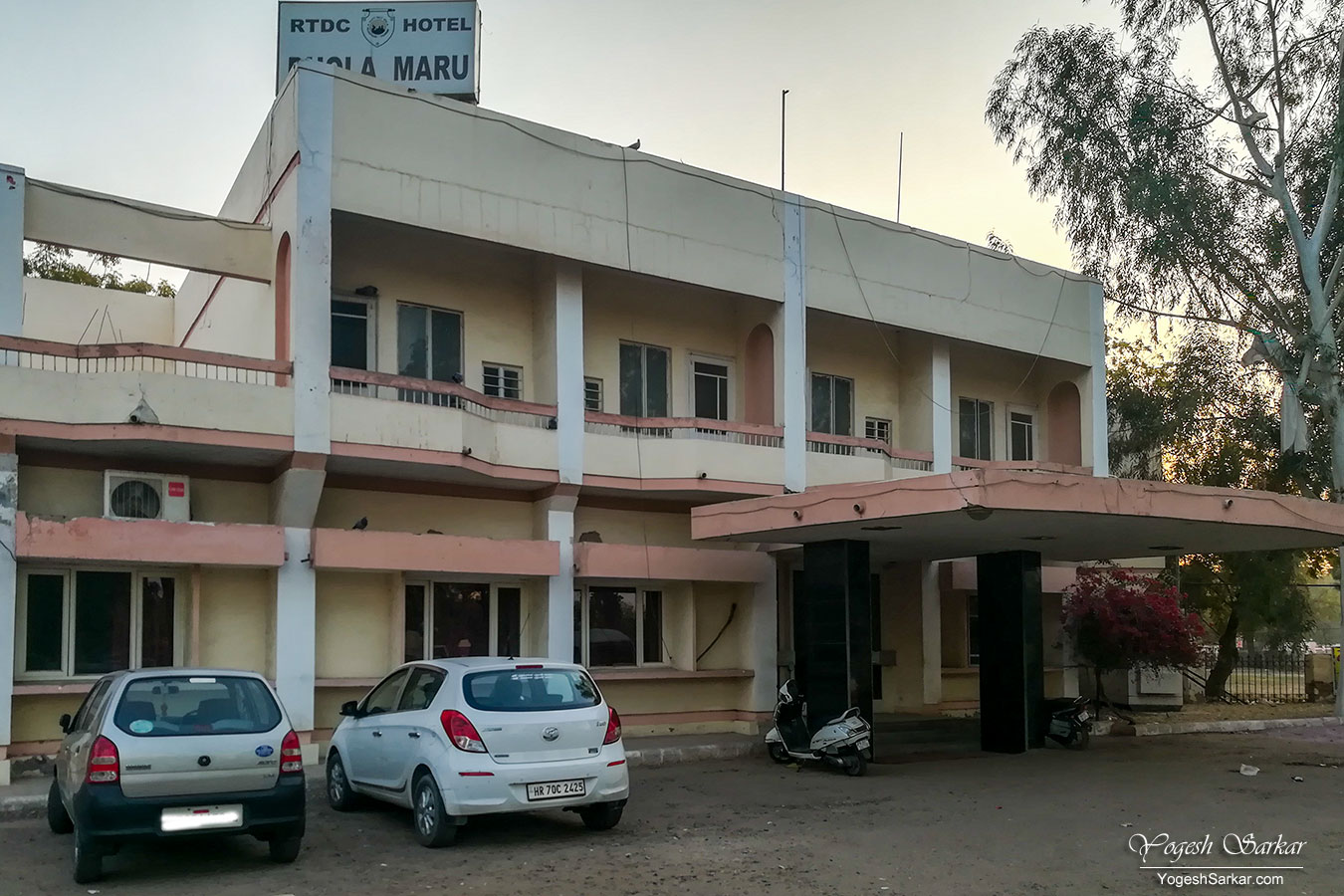 Around 8:30 am, we went for the breakfast. The only thing available was aloo ki subzi and puri and that too wasn’t very tasty! 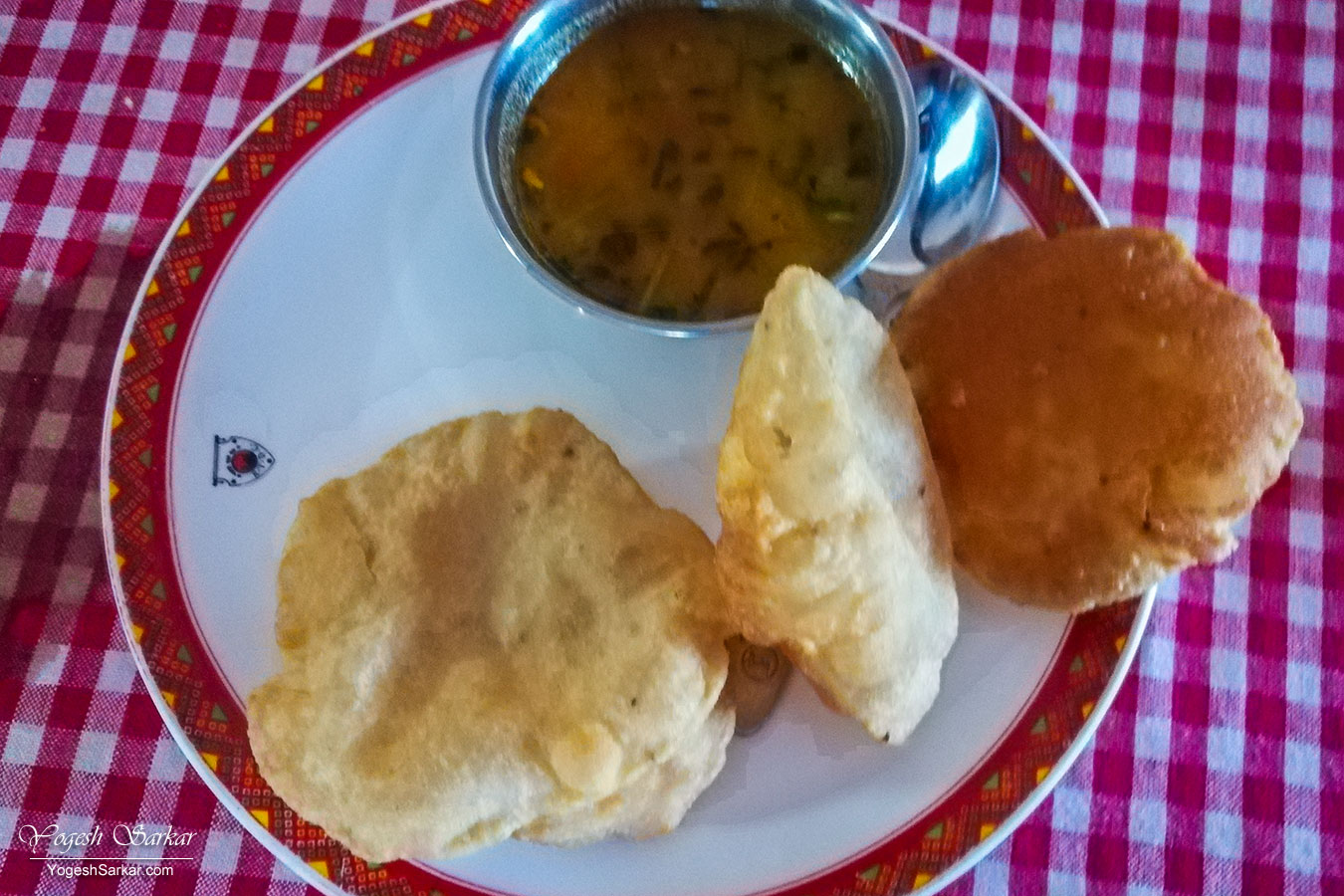 Around 9:30 am we finally left the hotel and decided to head to the Karni Mata Temple at Deshnok (33 km from our hotel), after confirming from the manager that the route we had taken yesterday was the correct one.

So we went back on the same road and reached the same broken up desolated part, which had looked sketchy last night. Turns out, it was only a couple of hundred meters long and after that, the state highway began.

Even though the highway was single lane and without a divider, traffic, for the most part, was sparse.

Interestingly enough, people in other vehicles kept looking back at our car. Seemed like not many ladies drive cars here, so seeing Mansi behind the wheels, they couldn’t help look back.

We managed to reach the Karni Mata Temple around 10:20 am, there was a free parking where we parked the car and after taking off our shoes at the free shoe racks, we went inside. 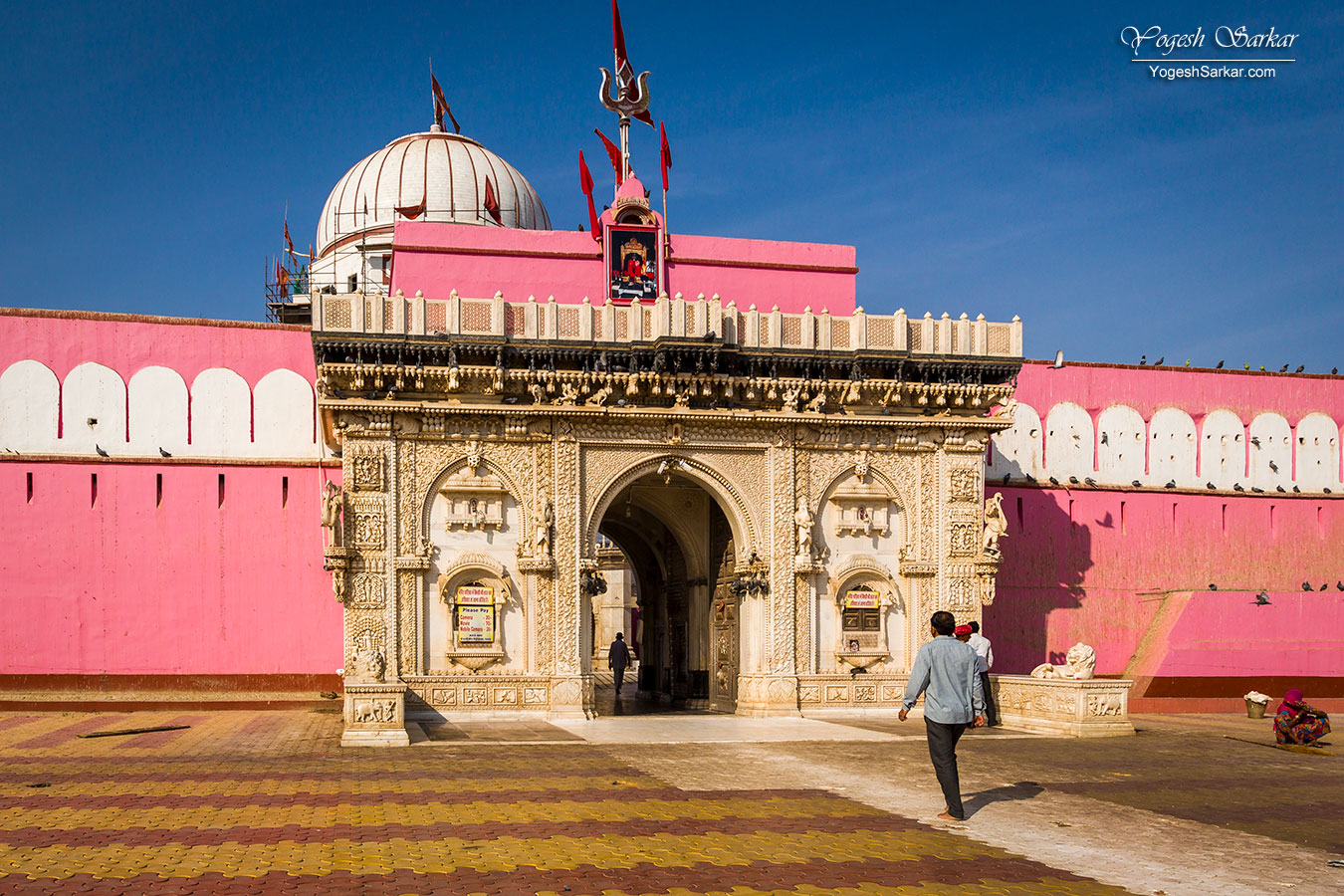 There were rats everywhere, quite a few sleeping, others running, playing, eating, drinking and a few, even nibbling at our feet at times! 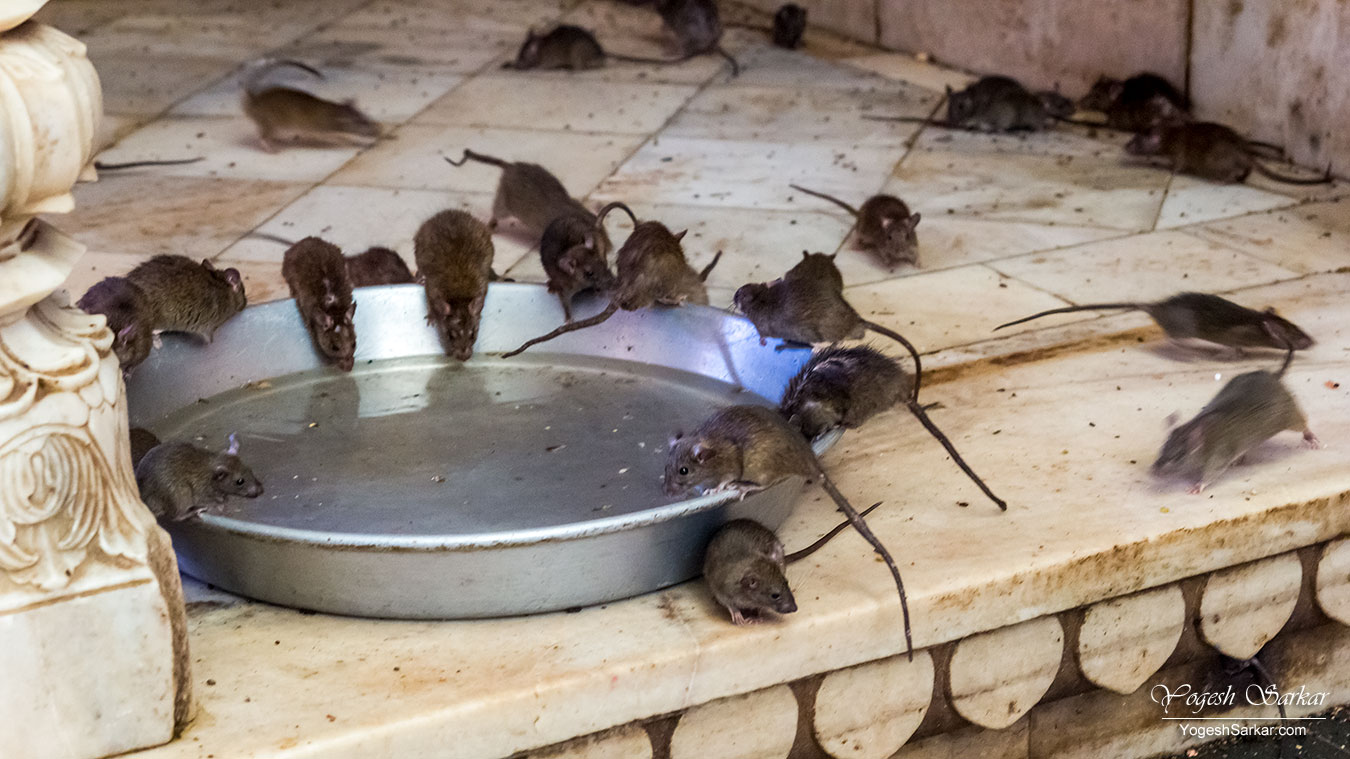 As per the legend, Laxman, Karni Mata’s Stepson had drowned while drinking water from the Kapil Sarovar. Karni Mata prayed to Lord Yama (God of Death) to restore his life, which the Yama refused to do initially. He eventually relented and reincarnated him and the male descendants of Karni Mata as rats. Hence the rats here are protected and considered holy.

It is consider good luck to see a white rat and a blessing to eat the Prasad tasted by the rats. While I got some good luck by seeing the white rat, right in front of the deity, I didn’t take any Prasad. 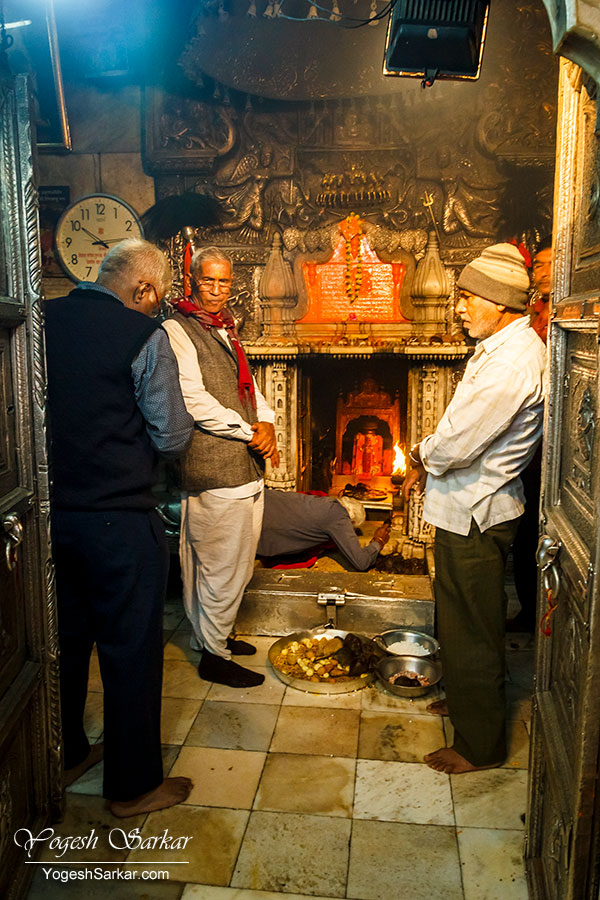 Of course, the feeling of being amidst large rats (not the huge ones we see at railways stations) is quite unique, and just cannot be described. Here is a video I shot at the temple.


By the time we got done with the sightseeing and had our fill of seeing rats (thankfully, neither Mansi nor I was afraid of them) and decided about heading out, a lot of devotees started pouring in. 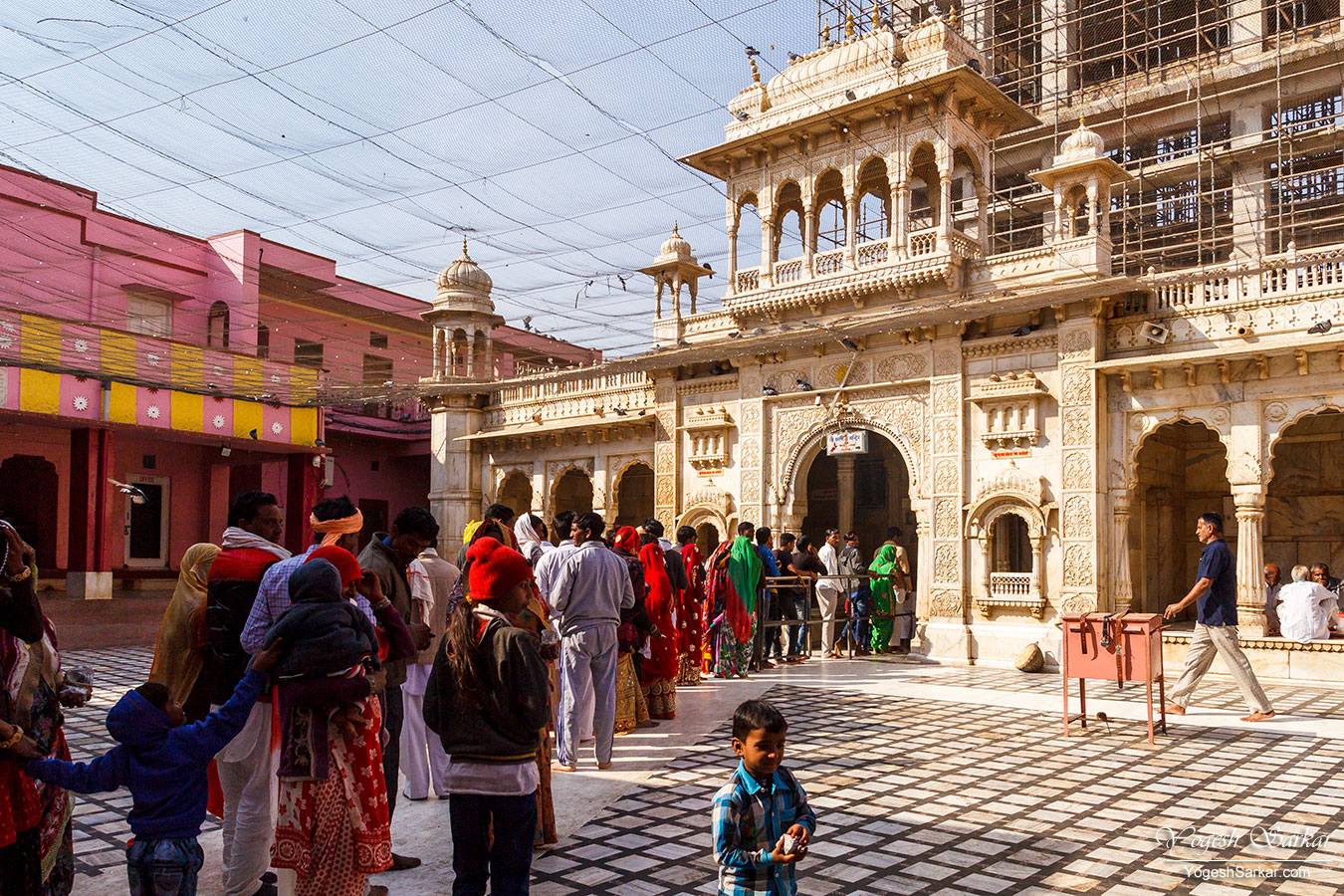 I guess I did get some luck by seeing that white rat, since I could shoot video and photos, as well as see the temple before the crowd gathered.

Once we stepped outside, it was time to take a parting photograph of the Karni Mata Temple, before beginning the drive back to Bikaner. 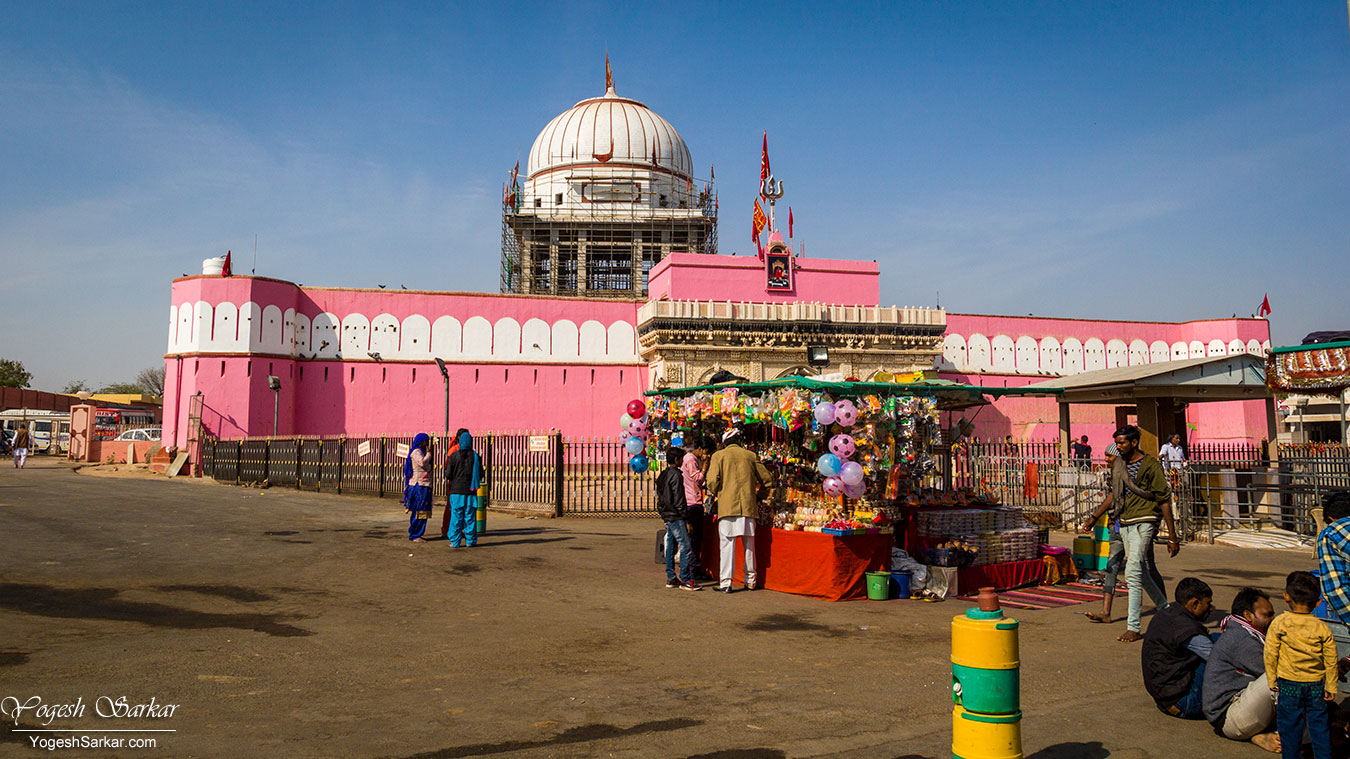 It had been quite an interesting experience and well worth the drive.

Even though we spent just 20-25 minutes at the Karni Mata Temple, it was almost 11 am, by the time we got started from Deshnoke. And the first thing we were greeted by on the highway was a massive jam at the railway crossing right outside Deshnoke.

During this trip, I found a startling similarity between Rajasthan and Uttarakhand. Just like in Uttarakhand, we could spot several vehicles without any number plates in Rajasthan! Not sure if it is a special privilege awarded to the erstwhile kings or complete lack of interest in challaning locals by the cops. 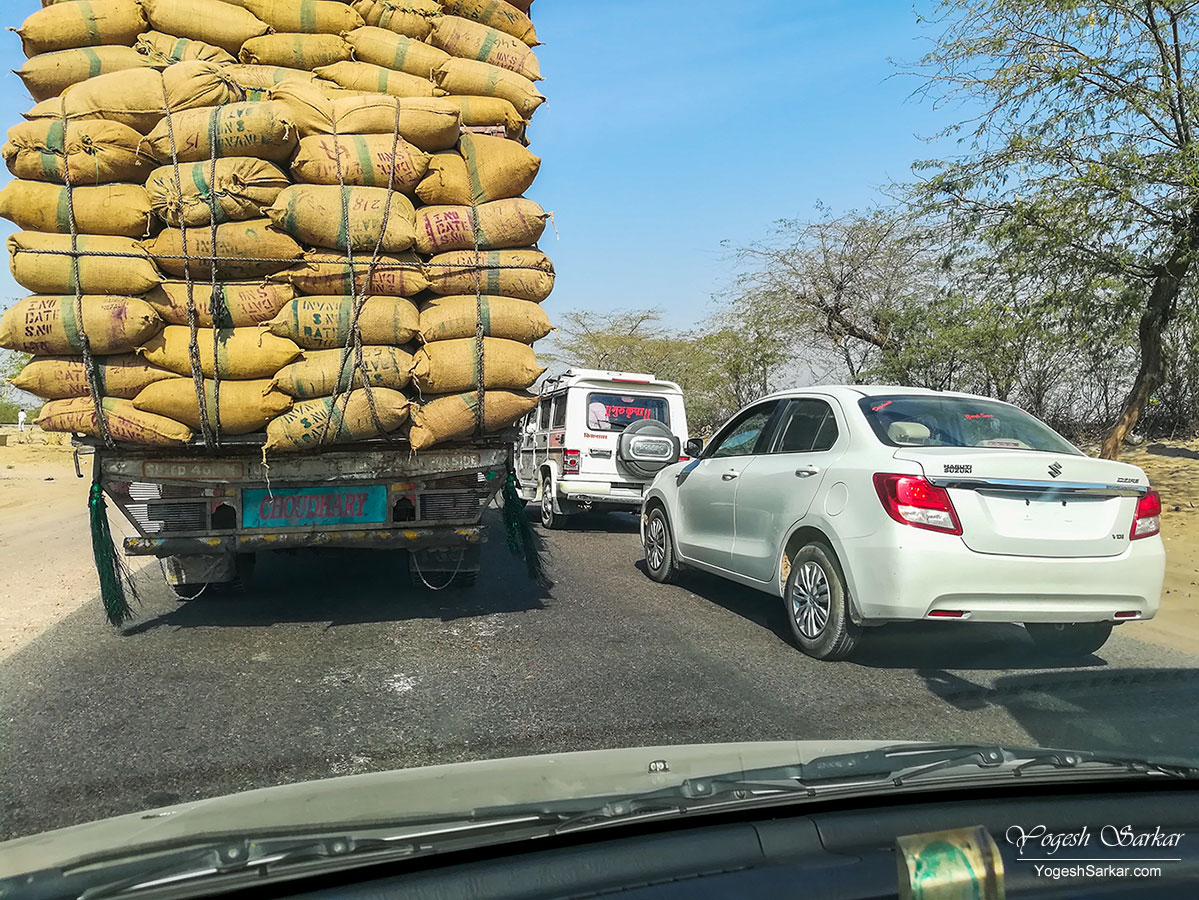 In just a span of an hour, traffic on the highway had increased and the journey back to Bikaner took longer. In fact, it was almost 12 pm, by the time we reached Bikaner and I was inclined to head back to the hotel, pack up things and leave since we had to reach Jaisalmer by nightfall.

Mansi, on the other hand, was adamant we visit the Chintamani Fort, which is called Junagarh Fort these days. After all, I had barely taken out my DSLR on this trip and she didn’t want me to leave Bikaner without getting a few good shots. 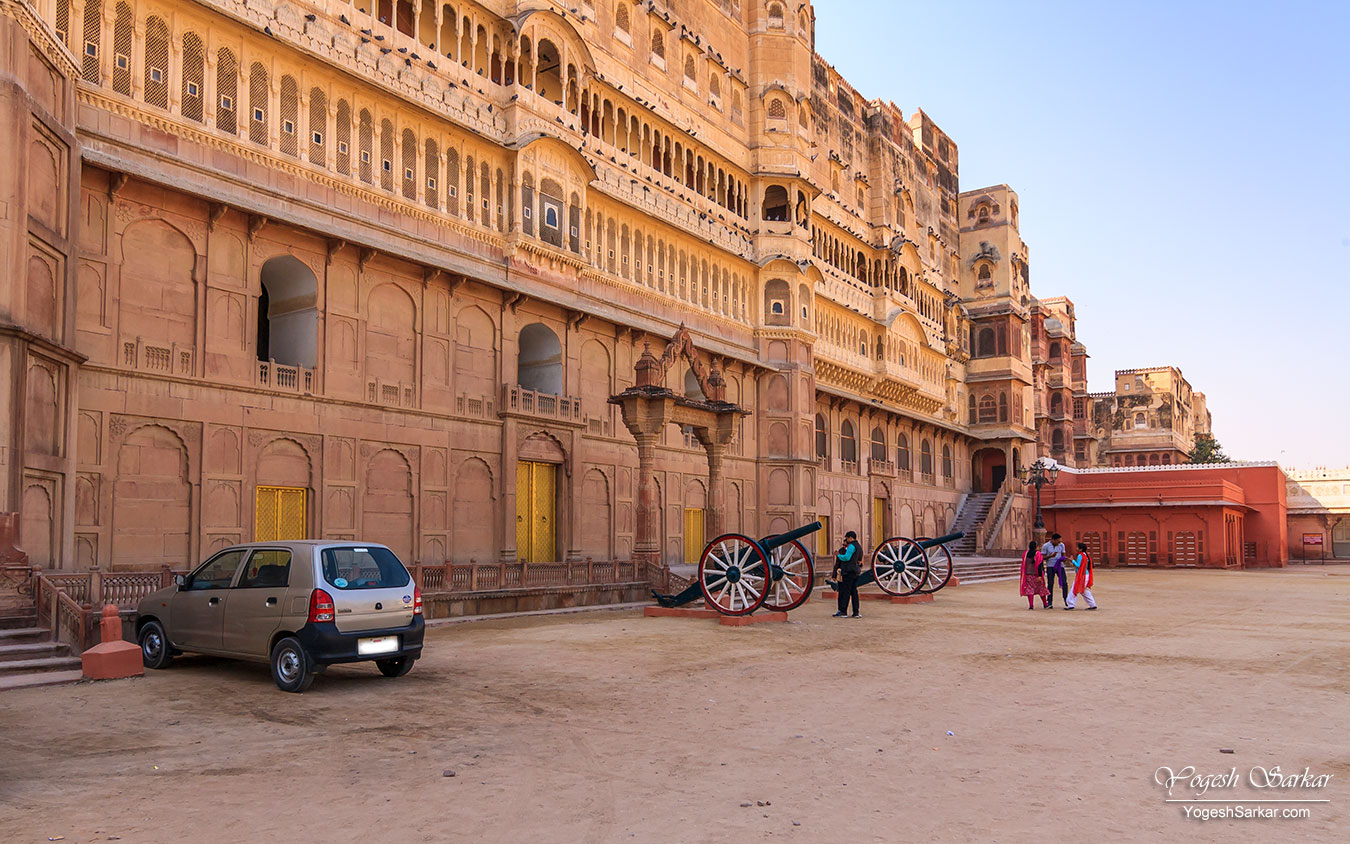 After parking the car at a good and cool location, we headed inside the fort. And while doing that, we came across a couple of newly weds couples, who had came to the fort to take blessings at a temple there! 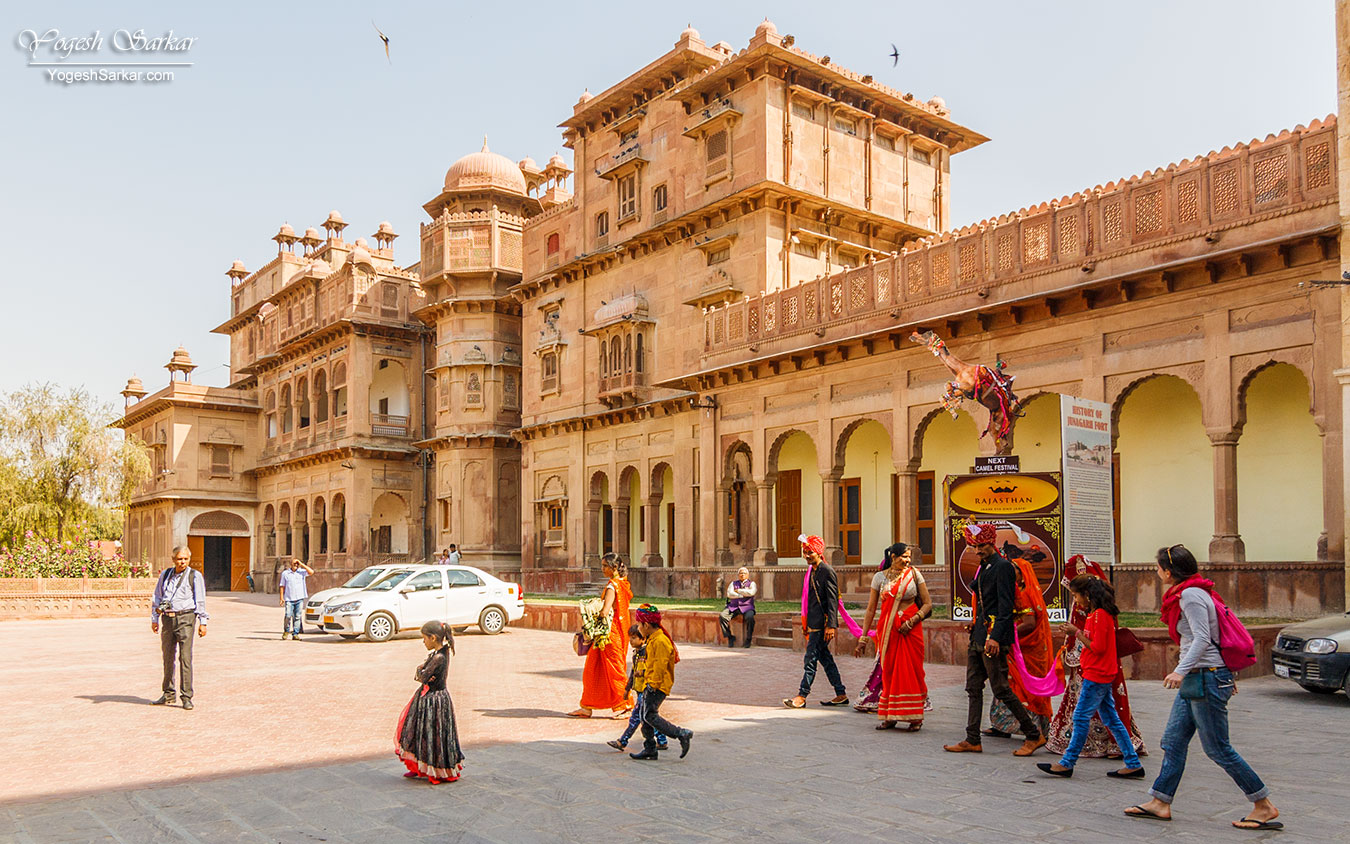 Ticket for Indian Citizen was priced at Rs. 50 each, with no charge for the still camera. Museum tickets were extra, which we didn’t buy since we were short on time.

We waited for our guide to arrive (free guided tours every 10 minutes) and with a bunch of other travelers, began our guided tour of the Chintamani Fort, starting from the place where Holi was played by the Kings. 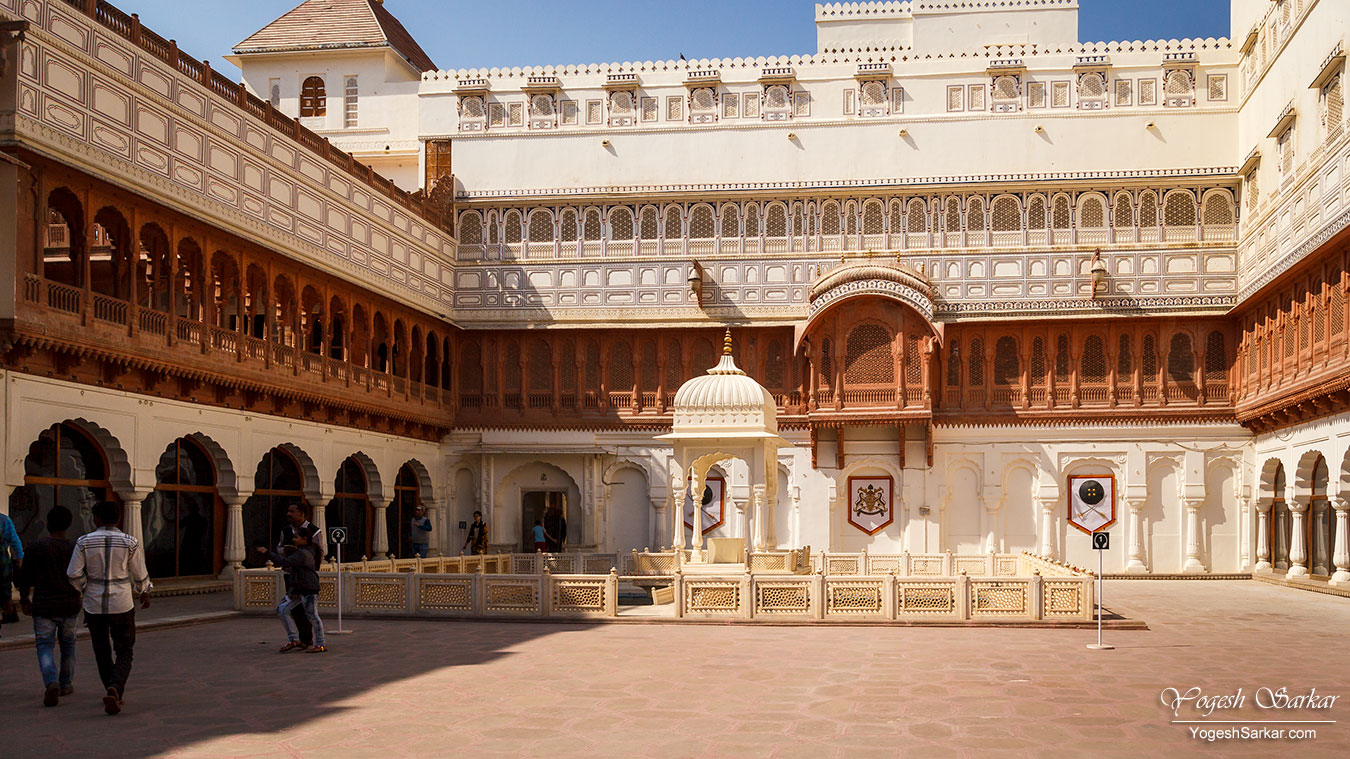 This is one of the few forts in Rajasthan, which wasn’t built on top of a hill. And it was constructed between 1589-1594 under the supervision of Karan Chand, the Prime Minister of Raja Rai Singh, the 6th ruler of Bikaner.

Chintamani Fort has never been captured by enemies, except a single day occupation by Kamran Mirza, son of Mughal Emperor, Babur.

The Fort is built over 5.28 hectares of land and only a small portion of it is open to visitors. Even though in order to explore even that small portion with a guide, you need at least an hour!

Needless to say, I ditched the guide after a while, since it was next to impossible to take photographs with so many people around and decided to go at my own pace, between the various tour groups, in hopes of getting clear photographs. In hindsight, I should have gotten the audio guide, which is also available for free. And that would have allowed me to explore on my own and yet, learn about the fort.

Sadder still, we were hard pressed for time and with that in mind, I rushed myself the best I could and came out of the fort in less than one and a half hours. If I had the time, I would have likely spent a lot more time here, photographing and exploring the beautifully designed Chintamani Fort, which has quite a few design elements and influences throughout.

Here are just a few photographs of the fort I took. 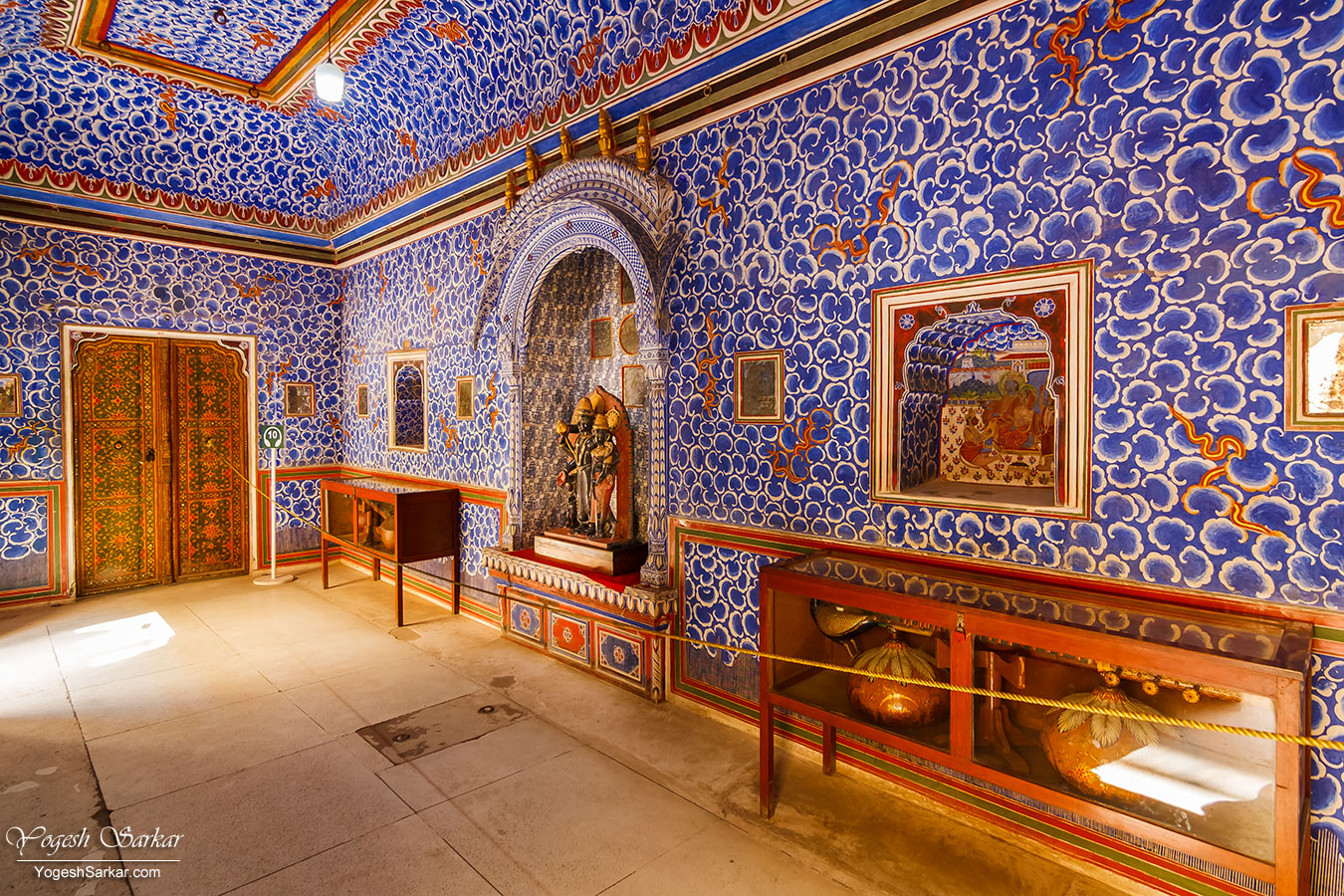 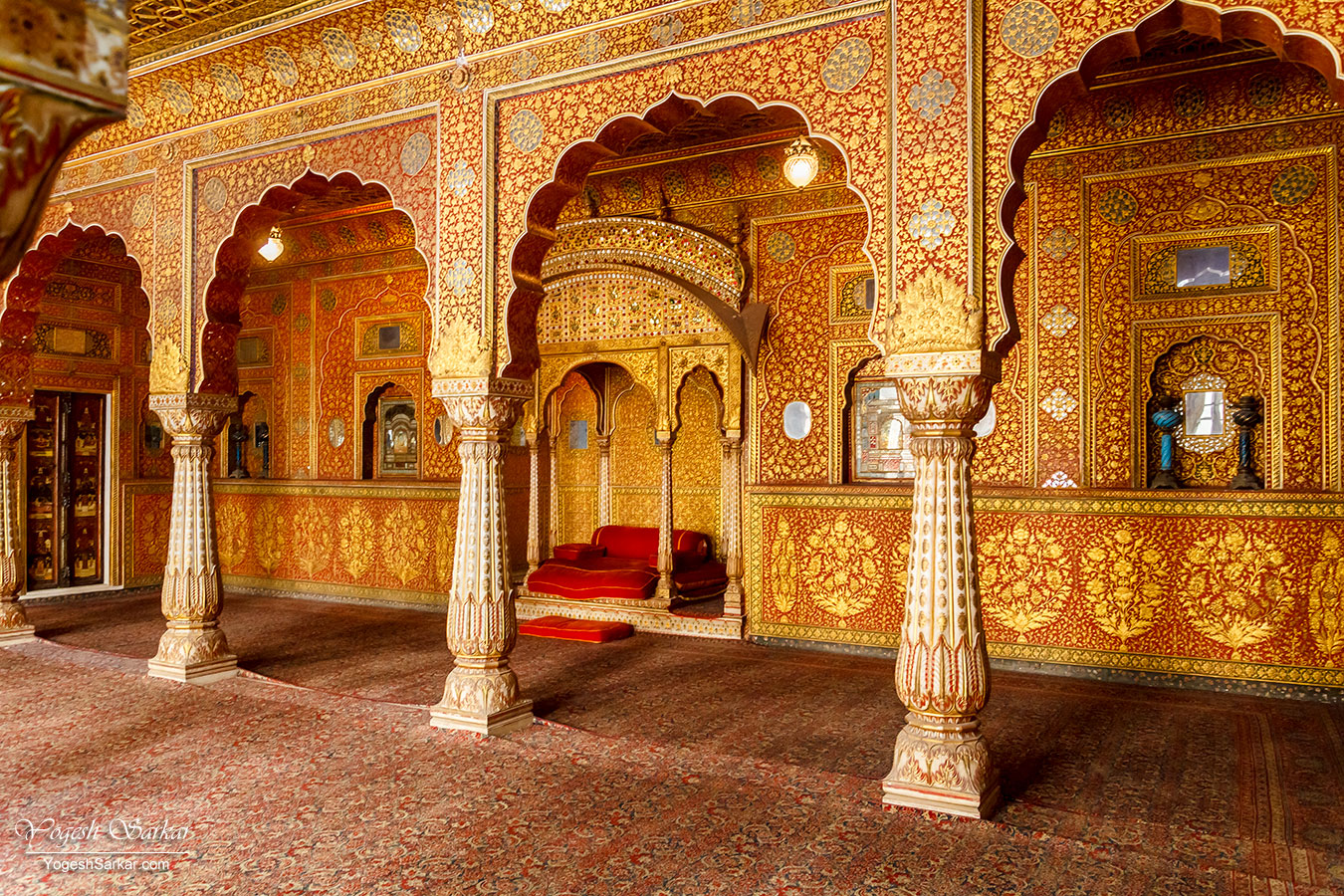 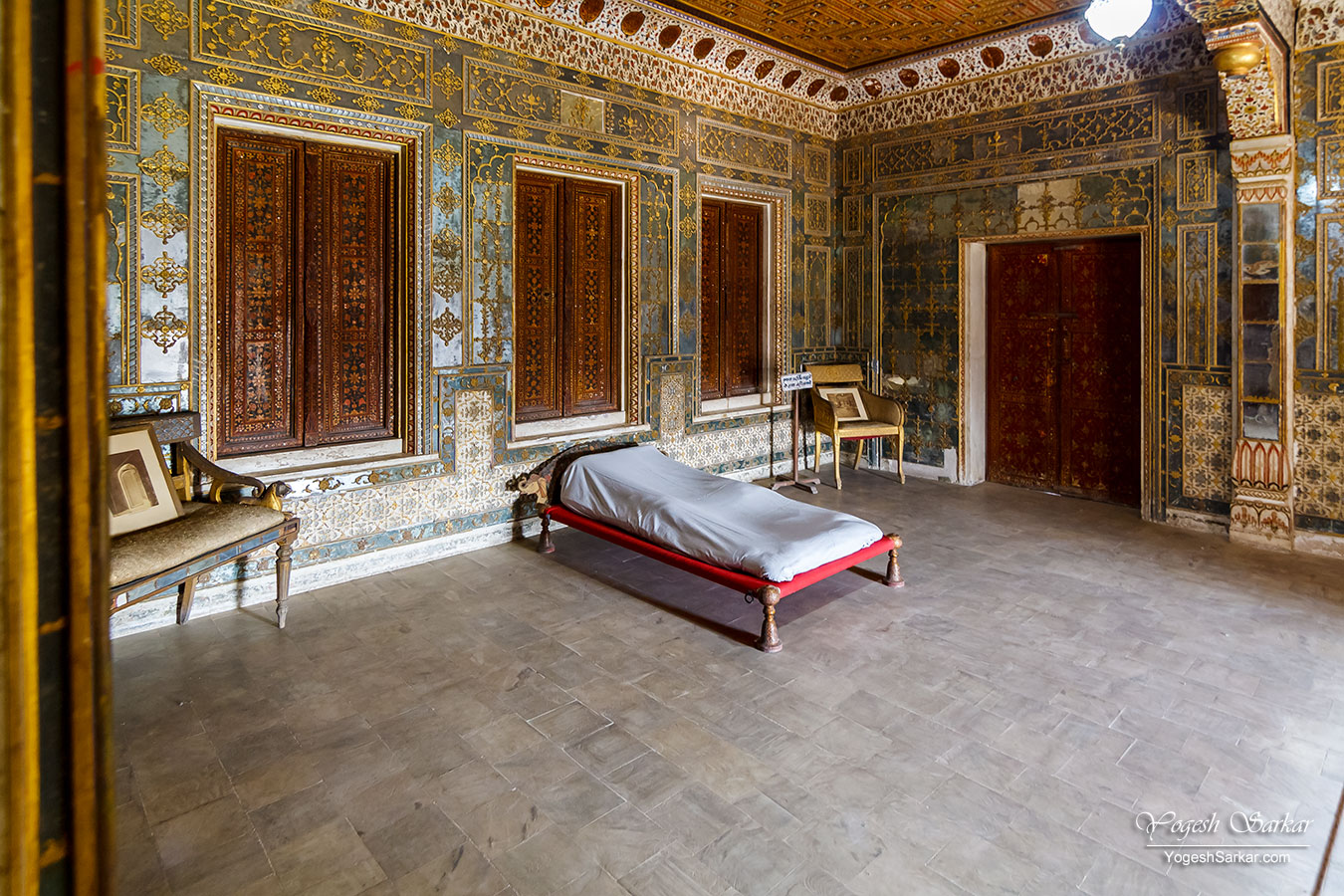 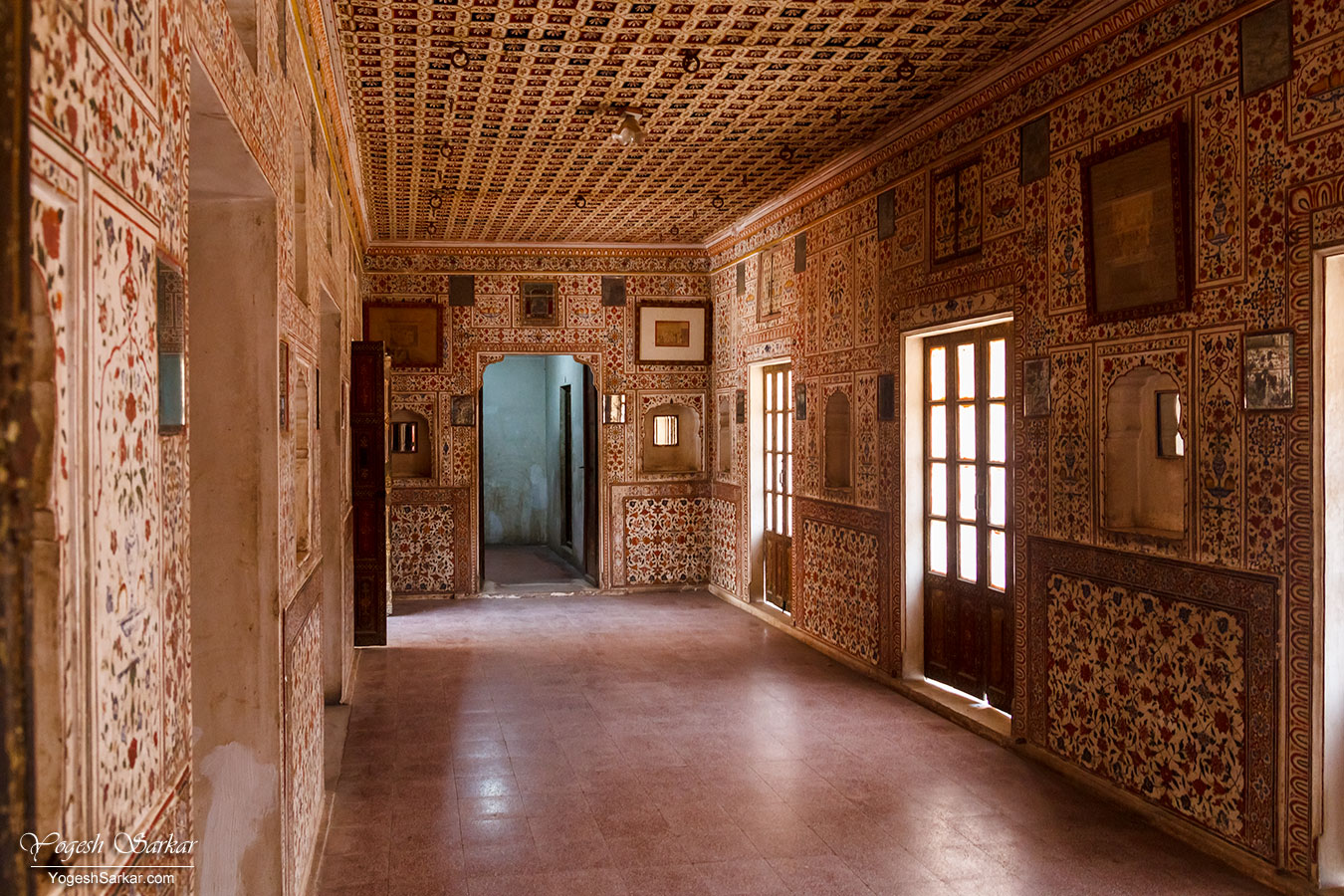 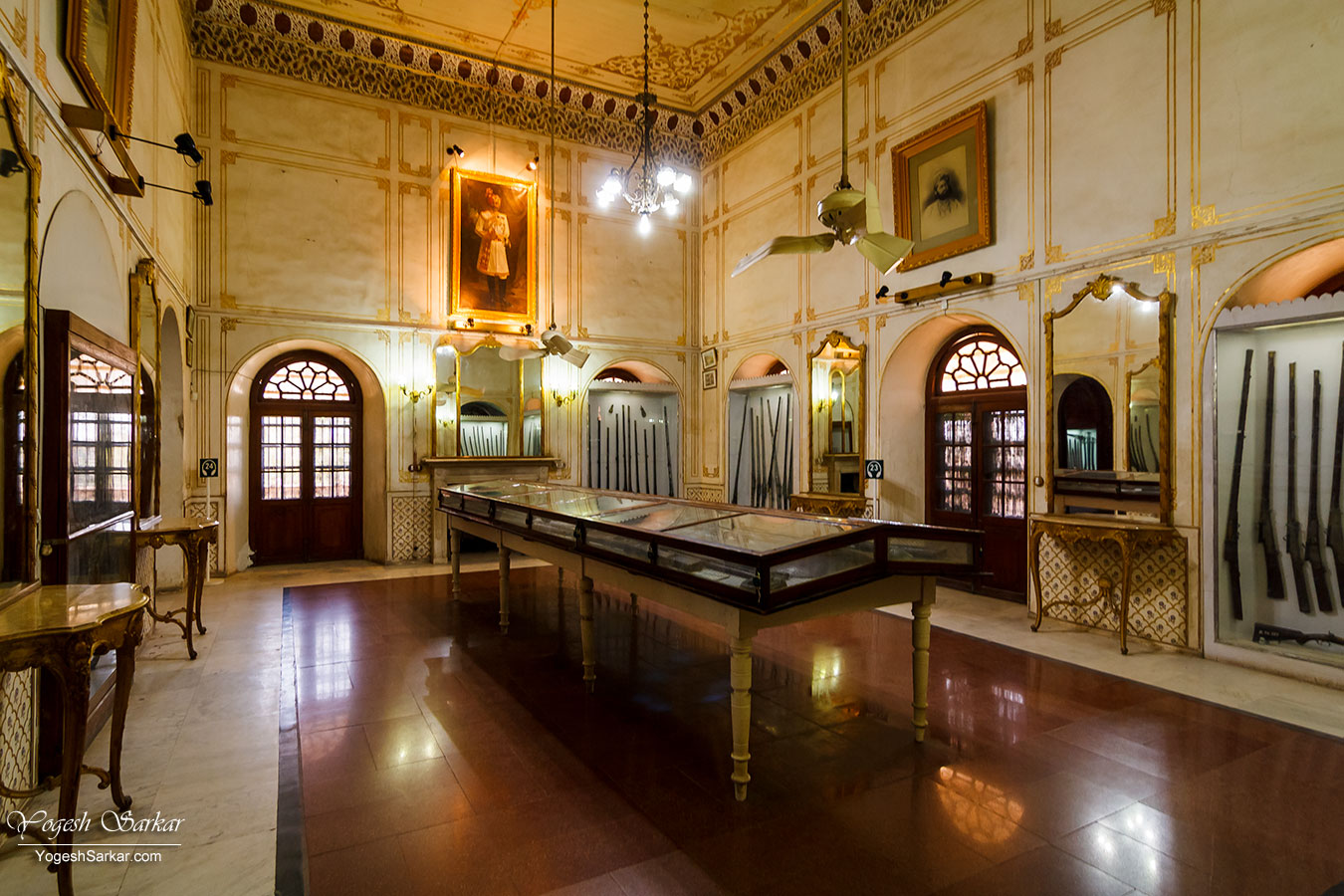 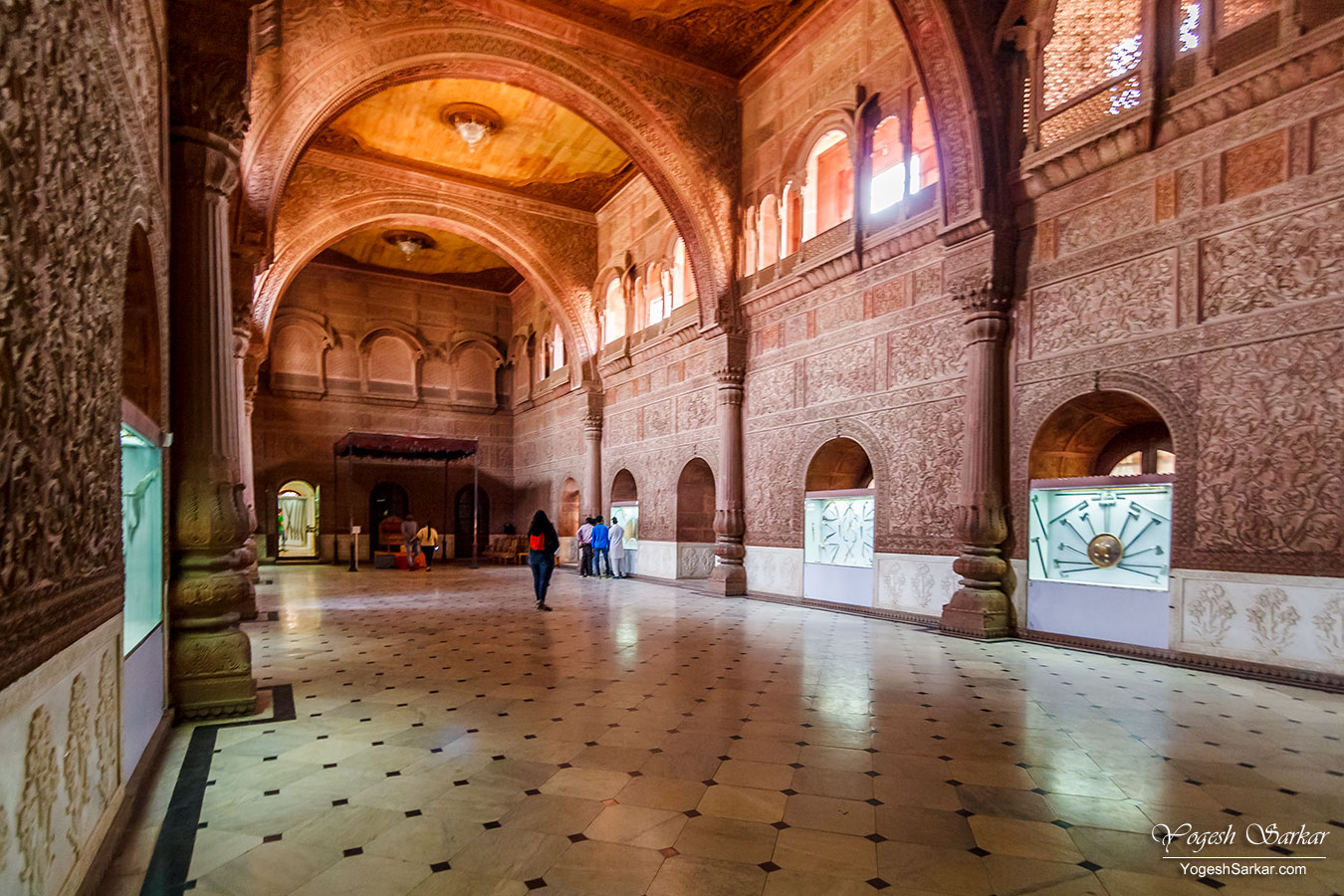 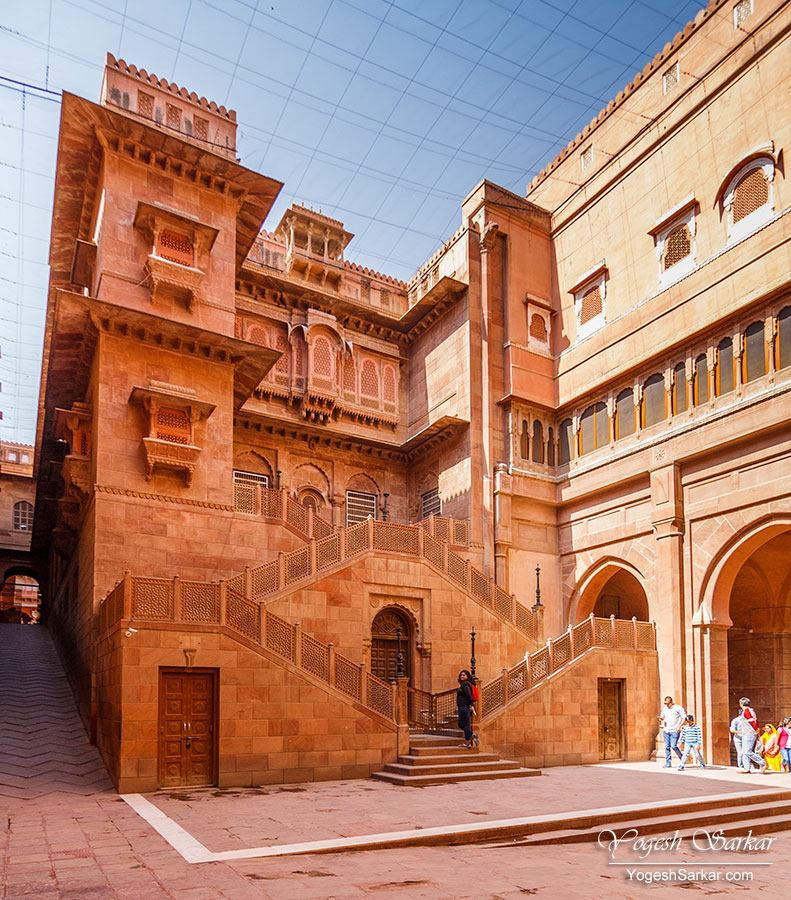 It was almost 2 pm, when we came out from the fort and stopped the car to take a outdoor photograph of it. 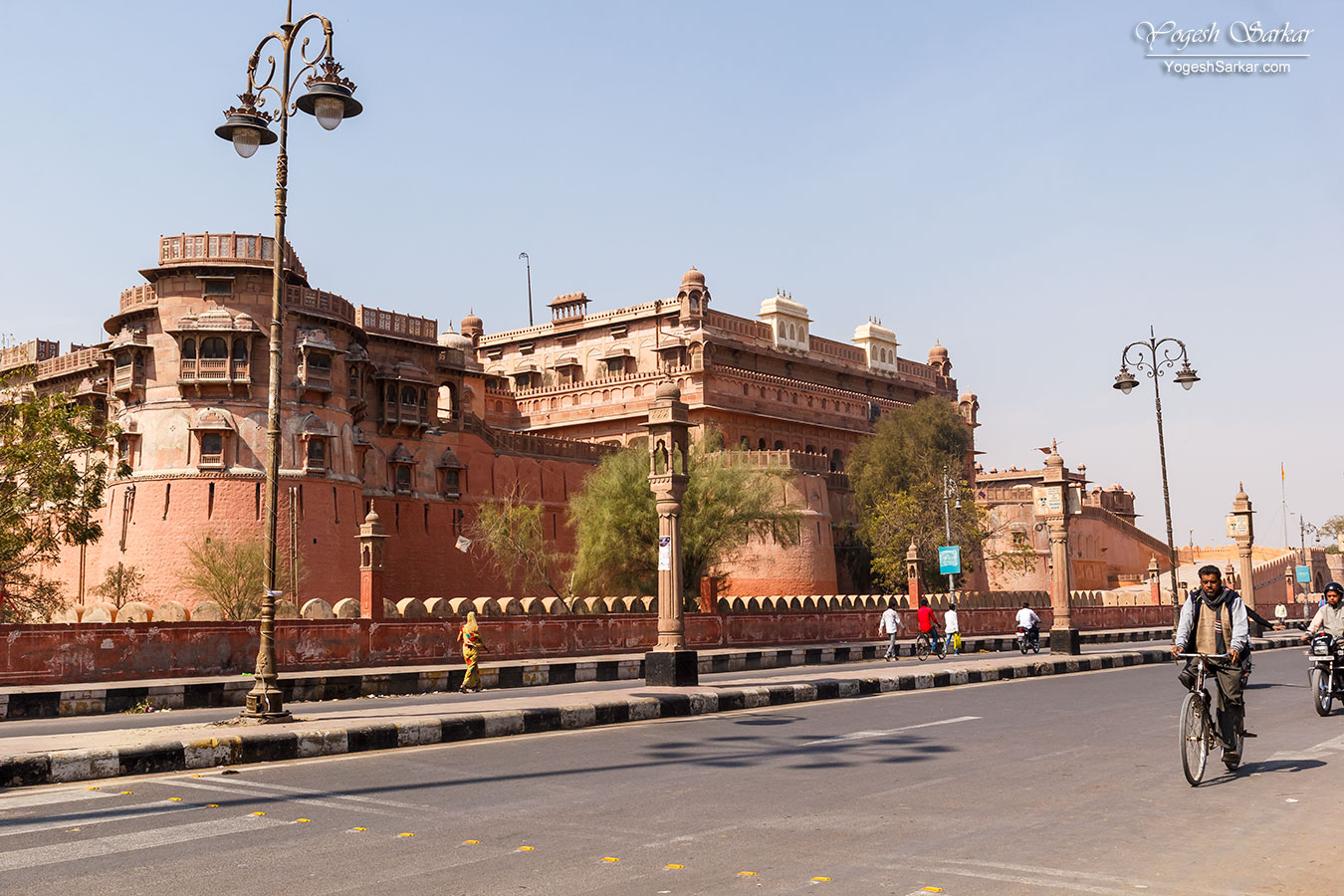 We had to checkout from the hotel, have lunch and drive 330 km to Jaisalmer. And the roads, were supposedly bad at places!