thanks Vijay.. will start writing soon

The path forward was magical with mist engulfing the mountains. We barely moved for 5 minutes from the dhaba and we found the sparse traffic in a standstill position. A JCB was working in full motion apparently to undo what it had done few minutes earlier. The roadsides were dug up for laying of optical fibre (may be Jio fibre), however the debris covered a good part of the road and a State transport bus coming from the opposite side got stuck due to lack of space. Hence, the JCB swung back in action to undo the digging enough to allow passage to the bus and ultimately we too could move ahead. This halt set us back by 20 odd minutes but we enjoyed the break as the mist played around us.

Even though the weather was good with mist and clouds, the climb was tough. I had engaged the 4X4 and relaxed. The route had many small waterfalls and crossings before we reached the Sach Pass. However, they were mostly gentle, not the ones we find during the early season in the month of June when the pass opens and the snow melts.

cleared up sky presents us a beautiful scenery

We reached the Sach Pass around 4.30 pm almost two hours after we left Satrundi dhaba. It took us two hours to cover around 15-16 kms including a stoppage time of 20 minutes for road clearance and other photography breaks. We all shouted in joy upon reaching the mighty pass. Finally the goddess of the Saach had allowed us to pass through. We were exalted. But the wind and cold at the top was killing. Soon our hands were freezing. We took shelter in the dhaba next to the temple on the top. We were offered hot tea and a bon-fire. We enjoyed sitting there and sipping our tea. Dhaba owner told us that he would be leaving for the safer confines of his village below in few days as he expected heavy snowfall anytime. Finally about 5.00 pm, we realized we were getting late as soon enough the sun will set leaving the entire valley into darkness. We bid good bye to the dhaba owner and left for Killar, our destination for the night.

Finally we made it to Sach Pass

The descent was not easy, in fact it was equally hard. Roads were very bad to worse. We had to cover 40 kms downhill and we had at the most an hour’s daylight left. Still we stopped at few waterfalls enroute. Last 20 kms in dark was very difficult. The track was very dusty. Dusty track in darkness was posing different challenges. By 7.00 pm we were able to reach Killar. Just before the town, we found some semblance of tarmac. We quicky checked into Raj Hotel, which was situated right in the beginning of the town. We settled down by 7.30 pm into our rooms and ordered dinner. After dinner and lots of bakar, we closed off a tiring day content that we had finally crossed Sach pass, a dream which no longer remained a dream.

Congrats on your achievement. 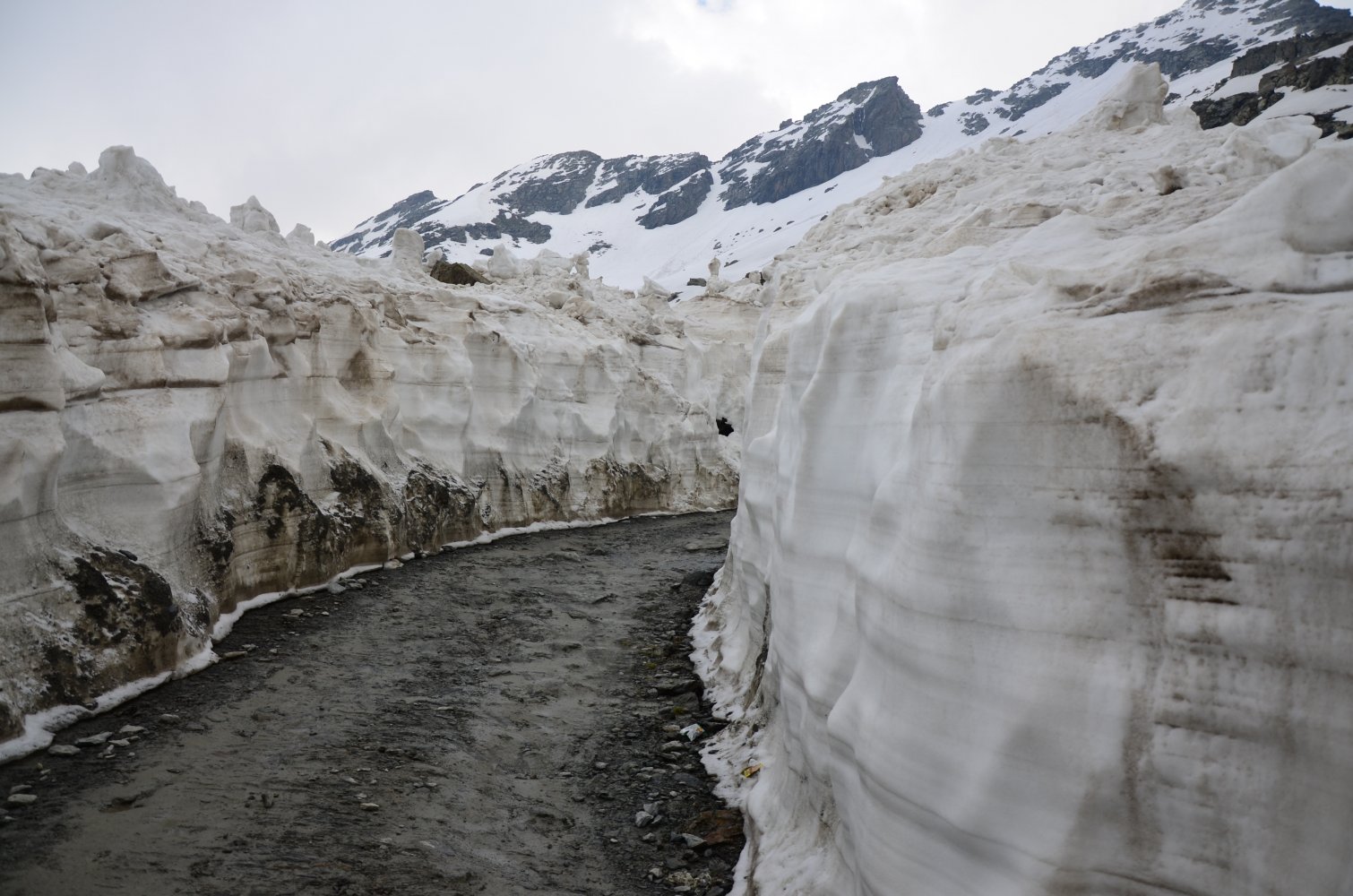 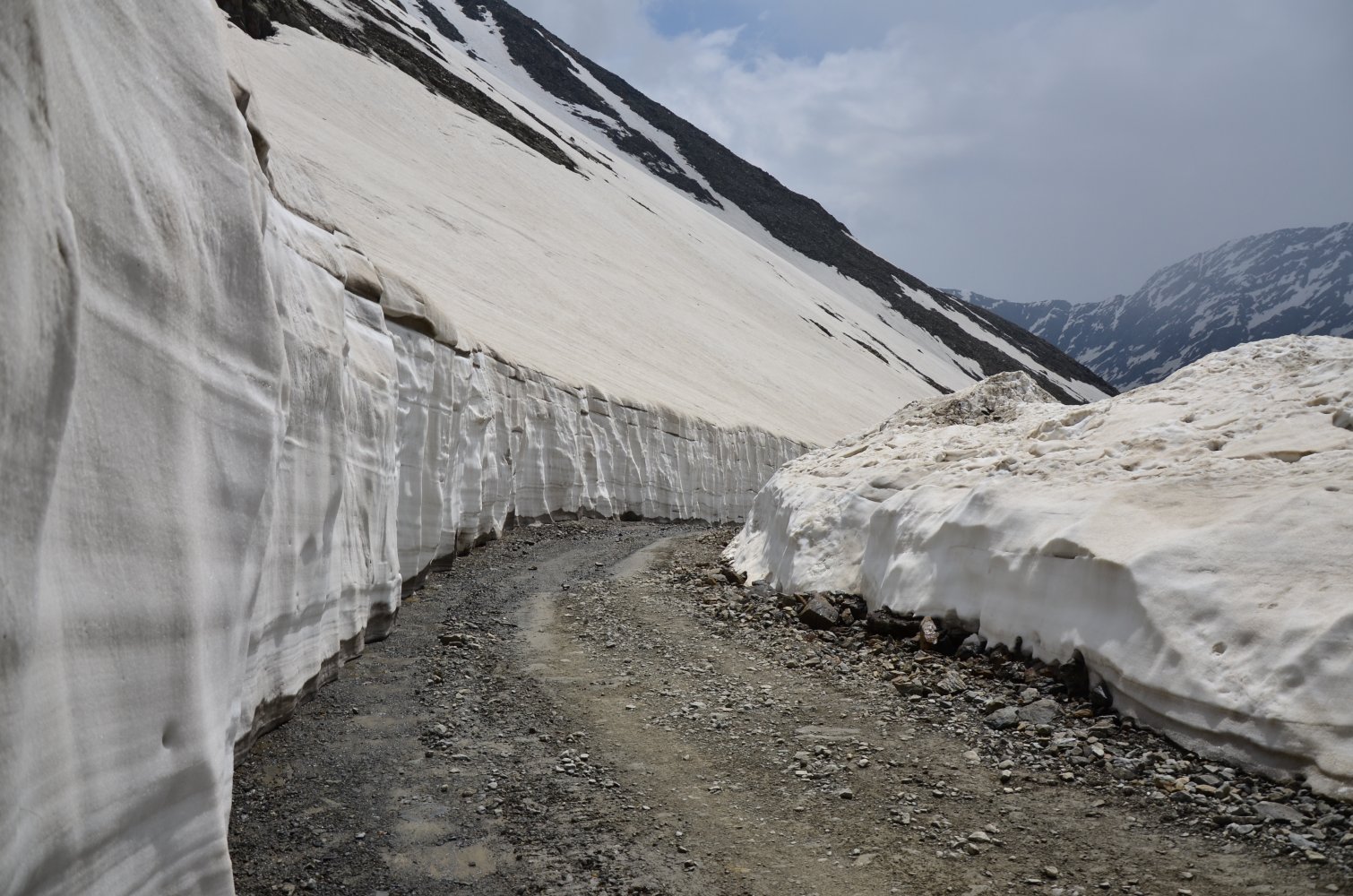 mousourik said:
Congrats on your achievement.

You started so late! Reached the pass at 4-30 PM!
<Edited> Okay, re-read your previous post - you started from Dalhousie.
Click to expand...

thanks dada.. i dont treat this as achievement but only a sense of fulfillment for me.

wonderful sights.. will do an early season Sach Pass too in the near future, i am sure it would be fun