we will go again- hopefully early in the season - soon, inshallah
Click to expand...

adsatinder said:
When you will sponsor my trip to Saach Pass.
I want to do it on 4x4 only !
Click to expand...

Come with me in public transport

More I read this log, more is the desire to visit tgere

sanuroxz said:
Come with me in public transport
Click to expand...


Public Transport here is 4x4 only in early season !

sanuroxz said:
Come with me in public transport
Click to expand... 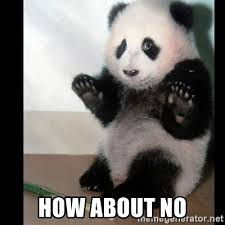 Another day dawned with pleasant yet chilling dreams of crossing the infamous Cliffhanger road. Barely 50 kms of off-road in mind, we took it leisurely. After a nice breakfast at Raj hotel, we checked out at 9.00 am (well, that’s a leisurely start as per my book). We had planned the night halt at Bhaderwah and return to Chamba via Padri Pass. Bhaderwah was around 200 kms and roads were supposedly good after crossing the Cliffhanger road.

view from the hotel

Initially, the track was dusty. There were road work being carried on near Dharwas village where we had to halt for few minutes due to road block by a truck supply water for the under construction culvert. The track got dustier as we descended towards Sansari nallah. The bends were very sharp. We were feeling hot inside the car while we could not open the windows due to the amount of dust we were raising. Before crossing the Sansari nallah, we were stopped at the Sansari check post. We had to show id proofs of all passenger along with and RC of our car and driver’s license. We all were videographed there along with the vehicle by the HP Police. Sansari nallah acts as the border between Himachal and J&K.

Climb after crossing Sansari nallah (there is a nice bridge over the nallah) was dusty, very steep, even sharper and littered with boulders. I engaged 4x4 and let the Thar have fun over those boulders. We were again stopped this time by J&K police for registering us.

Cliffhanger road was expected anytime now. We again descended with very steep and sharp bends before entering the carved out Cliffhanger road. It was narrow, narrower than the similar tracks we find on Killar- Udaipur route. We were very excited. However our excitement was short-lived as we were flagged down to halt. Apparently there was a landslide which was taking place as we reached there. It was nothing very huge, but yet it was a continuing one. It was right next to the first waterfall we encounter upon entering the cliffhanger road. Dust and debris kept sling on the road and blocked it completely. Though a JCB was present there but it could not operate as long as the slide was occurring. Also, we could see clouds of dust on other end of the cliffhanger road which was due to blasting. Both the entry and exit points of the cliffhanger road was blocked. Three vehicles including a pick-up, a Sumo and a truck, were trapped between the two slides. We waited there for an hour but nothing positive came out.

we were stopped by this monster

we waited and could only have these views to kill time

this is where we could manage to reach..we reversed from here

Dejected and heart broken, we reversed near the waterfall and traversed the same track all the way back to Killar. We reach Raj Hotel at 3.00 pm and weighed our options. We ordered lunch since we had nothing and discussed the possibilities. One thought came to our mind was to immediately head for Chamba after finishing our lunch. Another though was to head for Keylong. It was already 3.30 pm and we had barely 2 hours of sunlight left. Since I am averse to driving in hills after sunset, I vetoed both the ideas and decided to rest at Killar itself. We again checked into the same hotel. After resting for a while we decided to check out the town. We walked inside the town which actually starts after half a kilometer after crossing the bus stand. We returned back to our rooms after it got completely dark. Evening was spent lamenting the missed opportunity.

late in the evening

What building is this in the last pic?

mindless wanderer said:
What building is this in the last pic?
Click to expand...