Hi,
I am travelling form Delhi to Kargil and would like to take the SAMBA-UDHAMPUR road to cut short the Jammu/Nagrota route. Anyone here has recently been on this route? What is the condition. I had travelled 4 years ago on this road, it was bad in patches. Please update if anyone has taken this route.

Last month a friend went on this route.
It is mostly for locals only.
He met with an Accident.
He survived in Head-on collision.
He is resting at home now !

Better take other normal route.
It is fast now.


Its Ladakh season and a lot of riders will be coming to Jammu to live their dream.Many of those will be first timers who dnt know about the route and are totally dependent on Google maps.They will choose the shortest distance but dnt know anything about the road condition and traffic.

Most common route taken by riders after entering Jammu and kashmir ,which according to google maps is the short one :

Samba - Nud - Mansar - Udhampur which is approx 40km shorter than the other one.

BUT google doesnt tell you this is just a link road with bad patches and blind curves and mostly used by trucks.The time taken by this route will be almost same as the other route which is a 4 lane highway.There have been multiple cases of accidents on this link road and the recent one just a couple of days back when a solo rider passing through this route banged his bikes headon with a truck on a sharp bend.Luckily he got help on time and is recovering well.

Its a request to riders passing through Jammu to not fall for google map's short cuts and ask local people about the route conditions.
The 40kms and a few minutes are not worth more than your life.

Thanks a lot 'ADSatinder' for the caution. I want to avoid the road restriction at Nagrota for vehicles leaving for Srinagar. The window is very short. It seems very difficult to take Jammu-Srinagar route without halting for 2 days. Haven't been able to get the real status on this.

I don't think so.
Check points where you may be stopped at are Udhampur, Ramban and Banihal.

If it has to be 2 days better to take Mughal Road. Atleast you will explore more.

What you can do is leave early (4:30-5am) from Jammu and they usually allow the cars to in 30mins - 1 hour. Or don't stop the traffic this early.

If going in coming days,
Avoid this route.
Go via Manali to Leh. 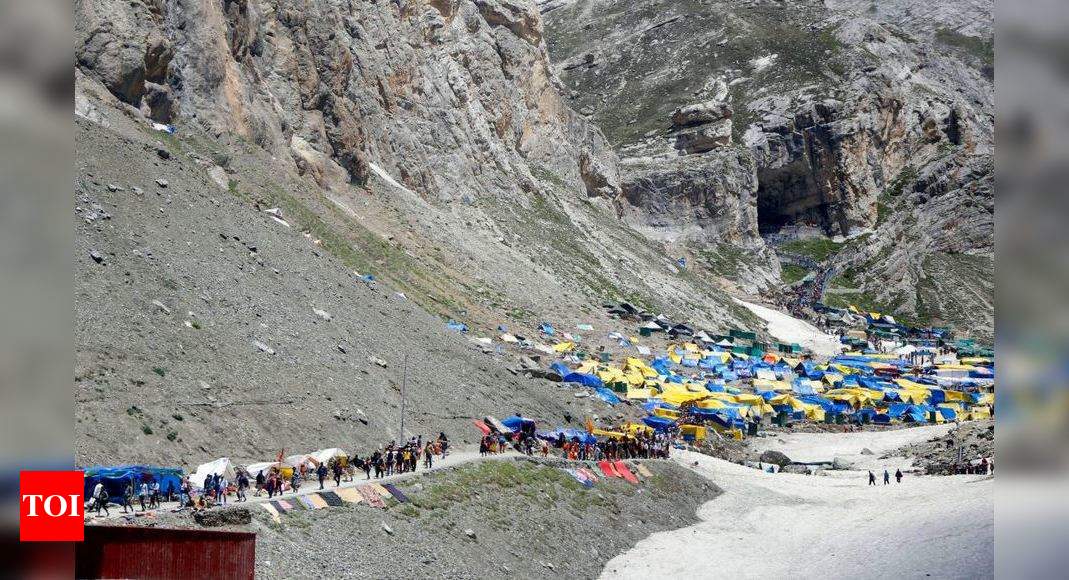 India News: The Principal Secretary (Home) has issued a security advisory, saying Amarnath pilgrims and tourists in the valley "may curtail their stay" and "retur

2.
Sopore fierce gun battle on. Avoid that zone if u Heading in that direction.