I went to sikkim in 2013 and i missed Gurudongmar lake . This is the reason this year (2016) when i was planning for Bhutan , i wanted to try again. So Sikkim gets added into my plan.

Around 9:45 PM my bike wobbled and stopped. Only two bikers and with the help of other bike's light we realized that it was a puncture. We used foot pump to fill the air and realized, the foot pump wire itself has leakage. We looked around and it was total dark. Suddenly two guys who are drunk came to us and asked for alcohol. We ignored them and the next minute they picked up stones to throw at us. They said they are the don of that area and we were not supposed to enter without their permission. Yes , i was very scared as i was in some village called Tarkola which is near Sikkim Border with one tyre punctured. Suddenly a light glows very next to us and it was a small shop. A family came to check what is happening. They came to know about our problem and saw two drunkards harassing us. They got into a fight(verbal) and tried to chase them. Drunkards just ran little far and waited for us. That's when Mr. Suraj Chettri and his wife came to us and told us that we could stay in their shop that night and leave next day morning. We went inside and saw that it was small shop with space for 4 people. Suraj , his wife and Suraj's brother stays there. When we walked inside , Suraj's brother took a bedsheet walked out with a knife. He opened the door of their Maruti 800 and told us : "Dont worry , i have knife. I am safe inside the car" ! To make space for us , he basically spent the whole night in that car. It was not just about the stay . Suraj's wife served us food. (Traditional Nepali Dinner). Next day morning they all helped us to fix my bike's tyre. They charged us only for tea we took.(Convinced them to take more)

We were from different states and we were not their customers. Still they trusted us and let us in. There was no need for them to help us to this extent . I am very thankful to this amazing family . Today i am writing this as an interesting story but i know what i went through that night. I have their home address and its my turn to write a letter to them .

Pic : Suraj and his family 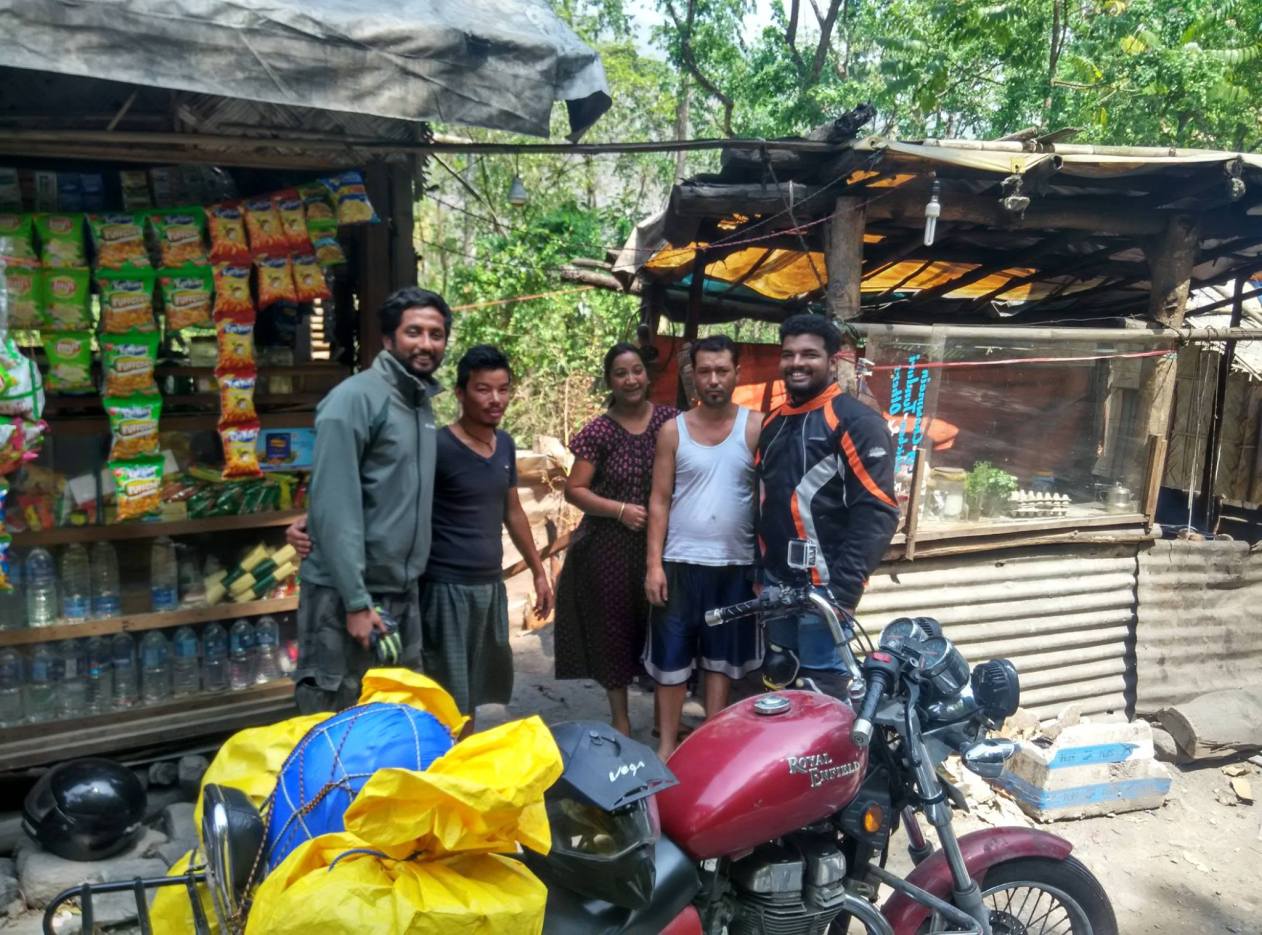 Pic : The shop we stayed and Maruti 800 where Suraj's brother slept 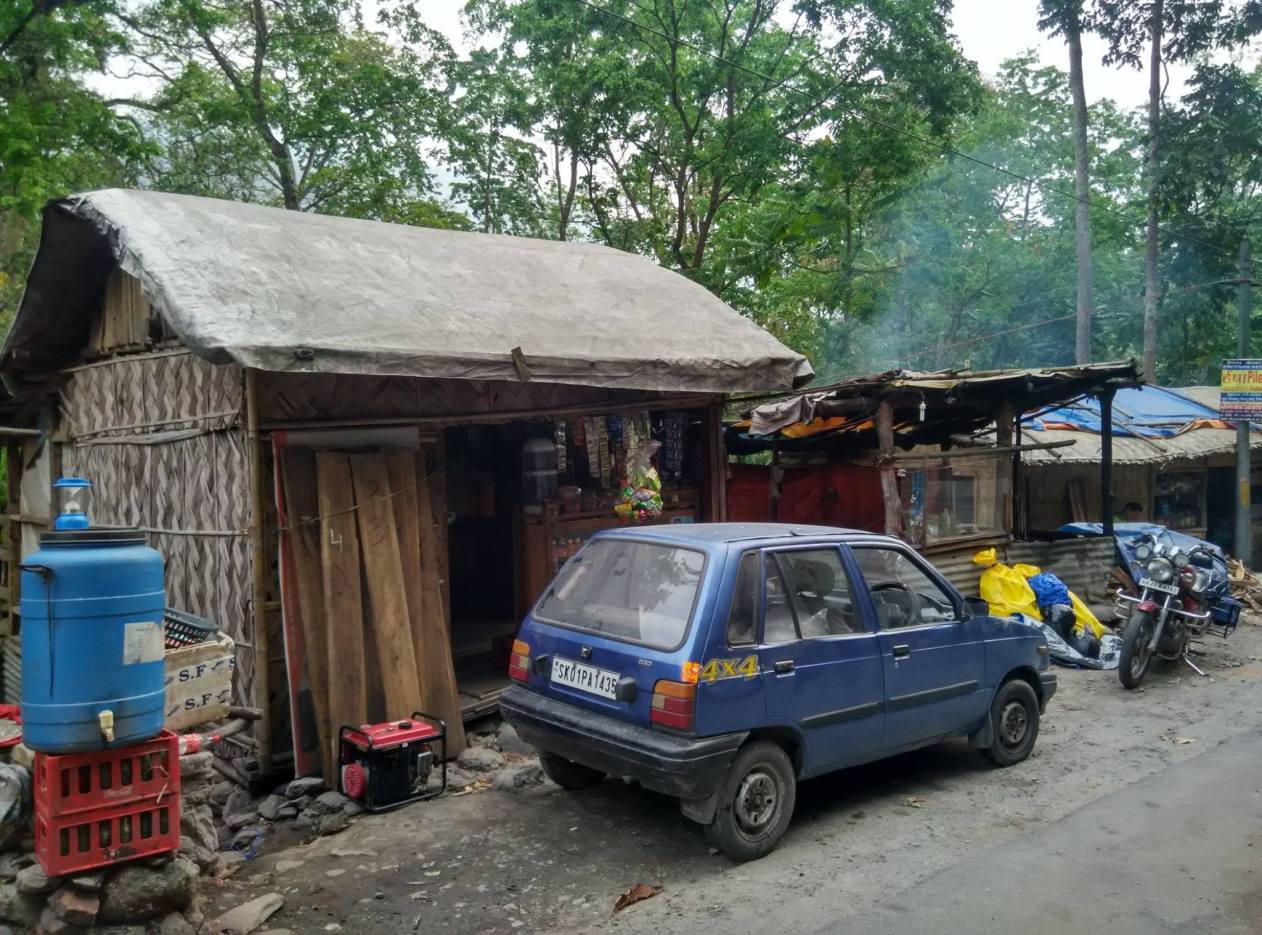 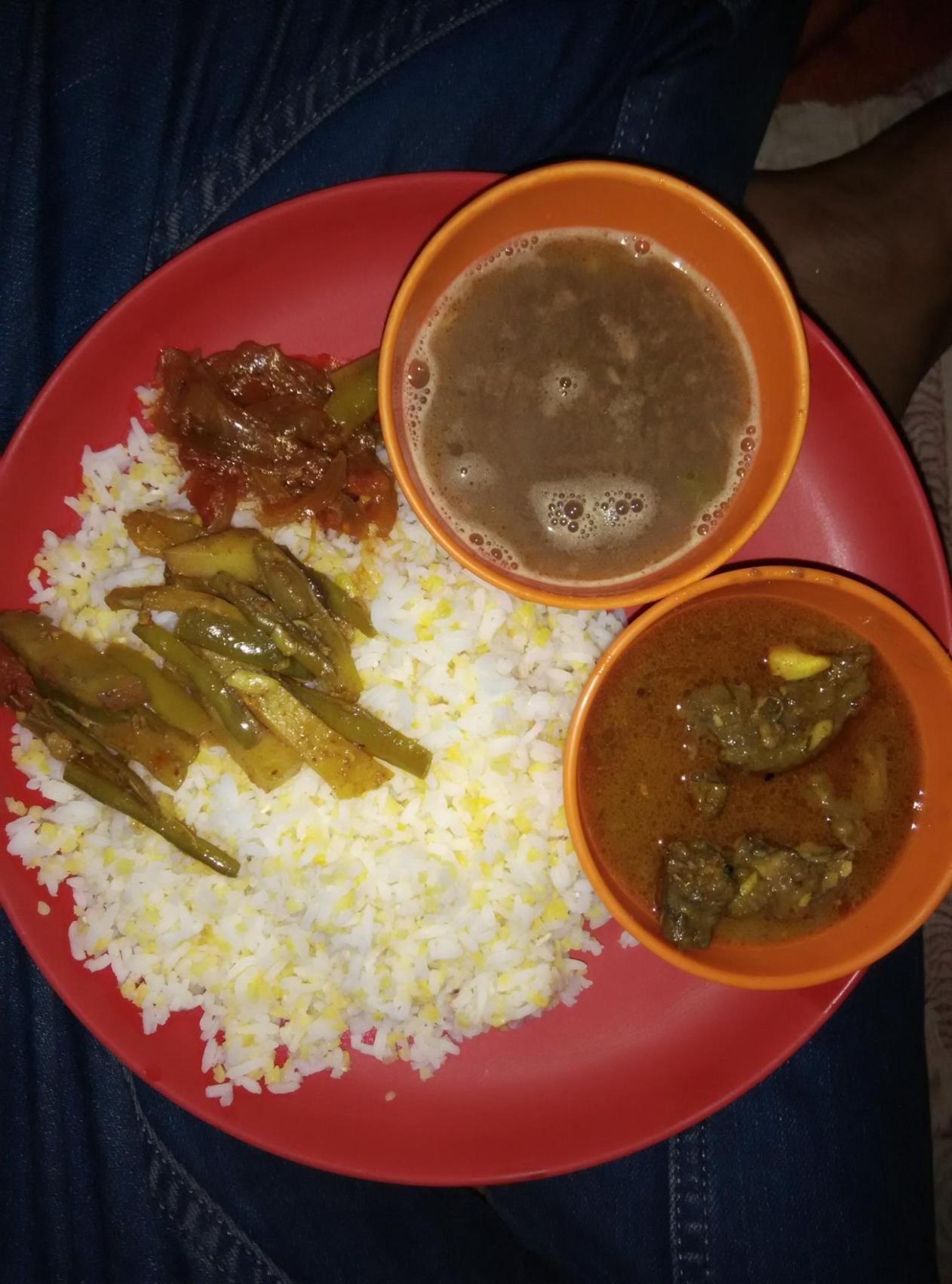 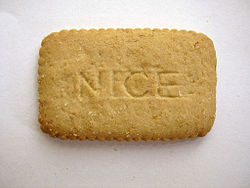 Great start..Waiting for the rest to unfold