SNOW STORM – 2017​
As you all know that one of our BCMTian, Tilak Soni, organizes many adventurous exploration, one of them is a Yearly Event in the beautiful Uttarakhand known as Snow Storm. So this year this event was organized under the banner Snow Storm 2017.

I was lucky to be there during this event, so thought of sharing it with all my friends here. And special thanks to Yogesh Boss for permitting me to post it here, thank you.

Snow Storm – 2017 - starting point was Uttarkashi on 15th Jan, 2017. The event included many participants from all corners of our country and a great and solid Support Team.

About Uttarkashi:
Uttarkashi means Kashi of the north, is a town in Uttarakhand, India. It is the district headquarters of Uttarkashi district. Uttarkashi is situated on the banks of river Bhagirathi at an altitude of 1158 m above sea level. Uttarkashi is home to a number of ashrams and temples and also to the Nehru Institute of Mountaineering. The name of the town reflects its similarity to and location (as north of) the city of Kashi (Varanasi). Similar to Varanasi, town of Uttarkashi is situated on the Ganges, lies next to a hill named Varun Parvat, on confluence of two rivers Varuna and Asi, has a ghat called Manikarnika Ghat and has a temple dedicated to Shiva (Kashi Vishwanath Temple) in the center of the town.
Source: https://en.wikipedia.org/wiki/Uttarkashi

About Dharali:
Located at a distance of 2 kms from Harsil, a locality in Gangotri, Dharali is a small scenic village most welcoming for those exploring it. The village poses as a picture that has come to life, with apple orchards all around. Also famous for red beans cultivation, Dharali is a delight for the creatively inclined. A small picturesque village surrounded by pine trees, river Ganga gushing close by and a wonderful view of the majestic Himalayas — what more can one ask for? Just the perfect destination for a getaway!

It is believed that Bhagiratha had meditated here to bring down the Ganges from heaven to earth.

Lord Shiva resides in an ancient temple in this village. Ancient stories believe that Bhagirath meditated in this place to get the Ganges out of the heaven to flow in to the earth. The temple stands to prove the incident.

Snow Storm 2017
Along with all of us, to make this event an extreme adventure and safety and survival on top priority, we had some of the Best Experts in their field as a Team (and it was one dream team, trust me). So let me give a brief about them.

1. Sandeep Goswami Sir aka Old Fox: He is one man whom you ask any question and he has the answer. He is my Mentor and believe me he is one of the finest in the motorcycle world I have ever come across. A complete database of knowledge and experience. He is the Guru of all.

2. Tilak Soni Sir: An avid adventurer, mountaineer, biker, and what not. He is known to challenge himself to see his capability to touch different level of adventures. A God fearing and Nature Loving person. He is an inspiration to venture out in wild for many of us.

3. Vivek Sharma Sir: A gentleman, very humble and a gem of a person. A seasoned moto crosser known and regarded very well in his circuit. He is a regular Rally Motorcyclist and has been participating in almost all the major Rally which happens in India which includes Himalaya de Raid, Desert Storm, and many others. And the Yamaha WR450 belongs to him which was towed behind his Mahindra Thar from Delhi to Uttarkashi.

4. Dhairya Gupta: A seasoned rider, and part of the Motoroids team. He is one person who will make you laugh everywhere. He is a sharp person with good sense of humor. He also happens to be a BCMTian and yes a Happy One. A strong and willful person.

5. Shivanshu Singh: Yours truly. It was a pleasure and honor to be with such wonderful and experienced riders.

As a group their was 15 participants on motorcycle and 10 on their SUVs. Everybody reached Uttarkashi on 14th January, 2017 and a briefing was given at dinner time, informing all the participants about the plan we had for the next 4 days. We left Uttarkashi next day from the Vishwanath Temple around 11:30am after taking Blessings and the Flag Off Ceremony which was done by the District Administration, Uttarkashi.

We stopped at a Petrol Station after Uttarkashi to tank up and for briefing about the ride.We rode in single formation with Motorcycles in front, trailed by Support Vehicle – Gypsy 4X4 and XYLO and then the convoy of SUVs trailed by Mitsibushi Outlander.

We stopped at Gangnani for tea break and from thereafter the climb started, as we reached Sukhi Top, we saw the first glimpse of snow on the side of the roads. On top of Sukhi Top, we stopped for one of the Support Vehicle to go ahead, as it started snowing. Everybody was overjoyed to see the snow fall starting on the first day of Snow Storm 2017. The view of the valley wrapped in white sheet of snow was a magnificent. Some of the riders and participants had come all the way from Kerala, Gujarat, and Bangalore. Some were experiencing the snow for the very first time and the look on their face was simply amazing.

As we started descending from Sukhi Top, we started experiencing snow and there was hard ice on tarmac. This meant that traction was almost zero on these stretches. Being downhill did not help at all. We bikers faced a lot of issue of zero traction. But slowly and patiently we reached Harshil. Now from Harshil the amount of snow increased on the road. And from here till Dharali we did not get to witness the tarmac, it was completely snow white on the roads. Many of us did loose traction completely and had a fall, but as wearing riding gears was mandatory in this event for Motorcyclist, so there was no injury. It just added to the learning experience. Snow Riding is basically the principle of throttle, which was explained to me by Old Fox Sir and Vivek Sir, the front brake is a strict NO in these conditions. Slowly and patiently and helping each other to stand up and ride again, cracking some jokes we reached Dharali by around 5:30pm. The only way to ride in this condition is patience, many of you all who have ridden there motorcycle in snow would be very much aware of the fact that forget about the motorcycle, even your feet is struggling to get foothold because of Zero Traction conditions.

The whole town of Dharali was empty apart from the guest houses which were opened a day before for this event and for us, thanks to Tilak Soni Sir for organizing this so well. As we reached our destination, everybody took a breather and round of tea and some hot snacks poured life back in cold and tired soul. After sometime, all were back in there spirits and happy to see the snow covered village in the street light. In the night it again started snowing which was simply amazing. But in this remote area snowfall in night means the temperature falling in sub zero range.

A bonfire was lit and dinner was served hot. Everybody enjoyed their first evening in this snow laden village and called it off for the day. I slept late and before going to bed just went out in the Balcony for a smoke. The white cotton like snowflakes looked beautiful in the street lights; I knew morning would be more comfy with more fluffy white coating on all the tracks we made today to reach here.

Day 1 ends. Some pictures to enjoy so far. 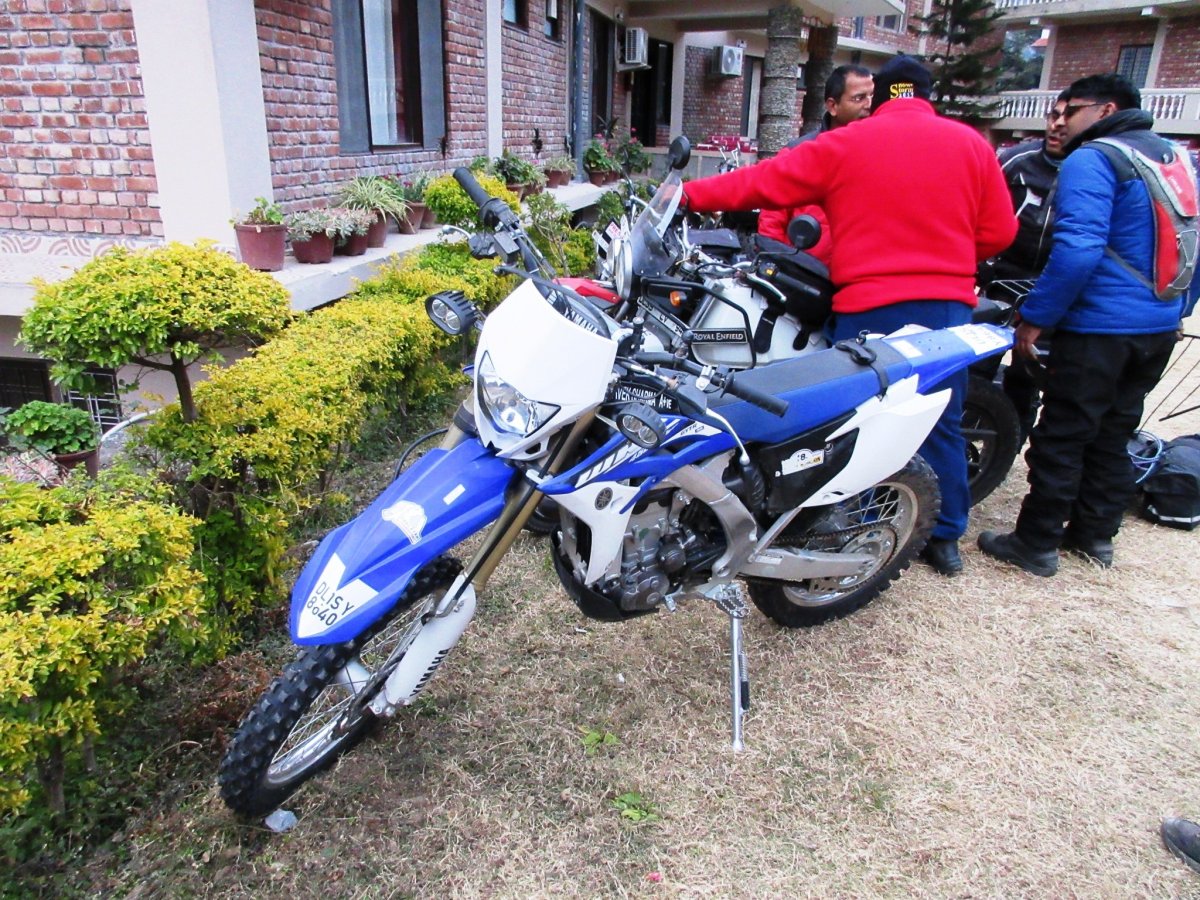 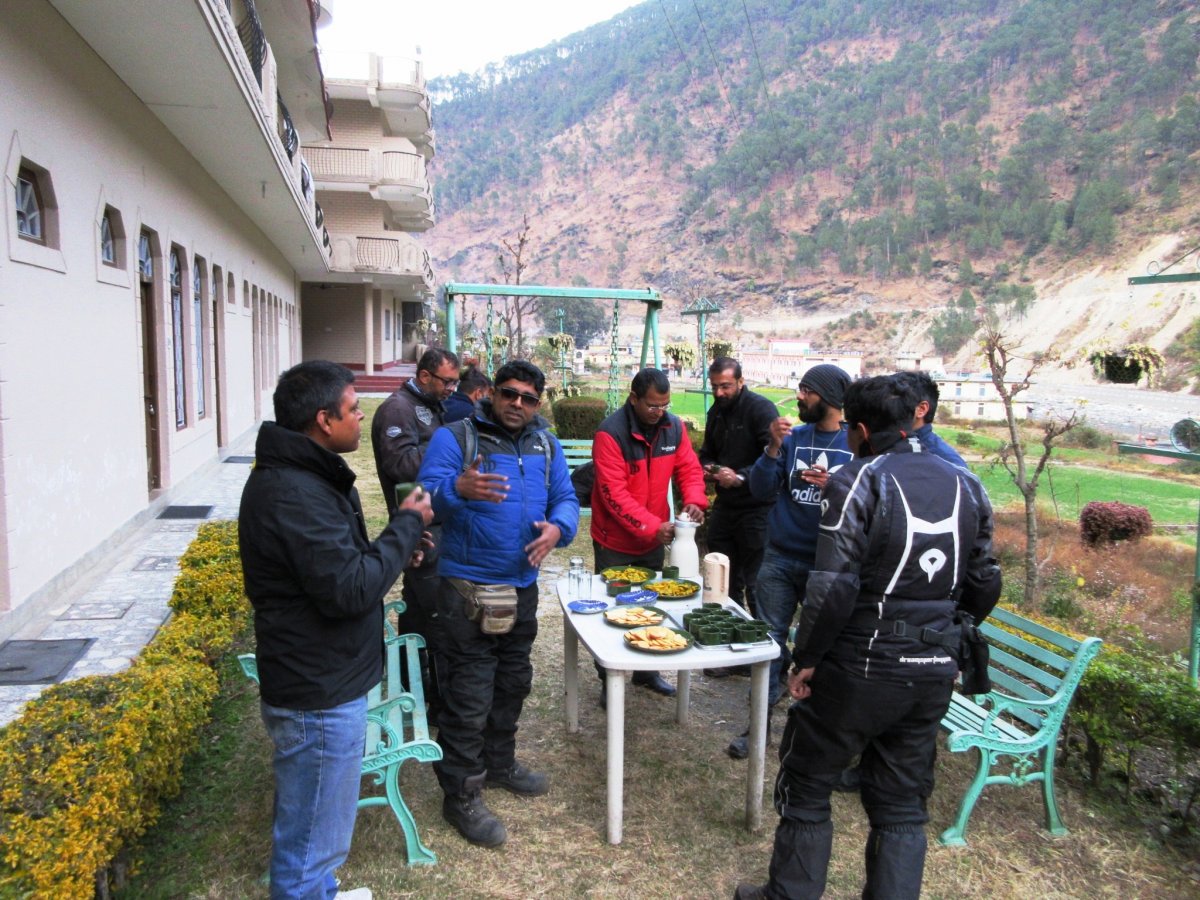 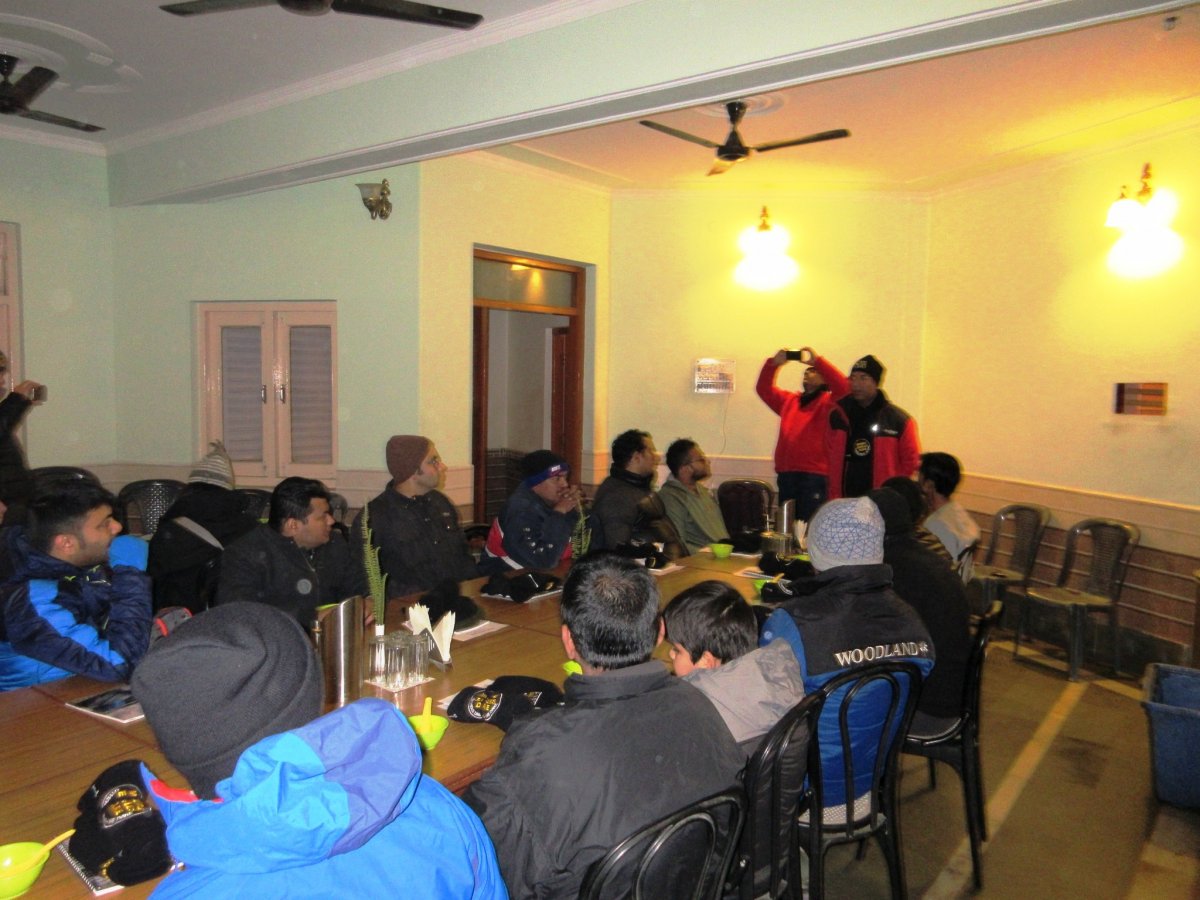 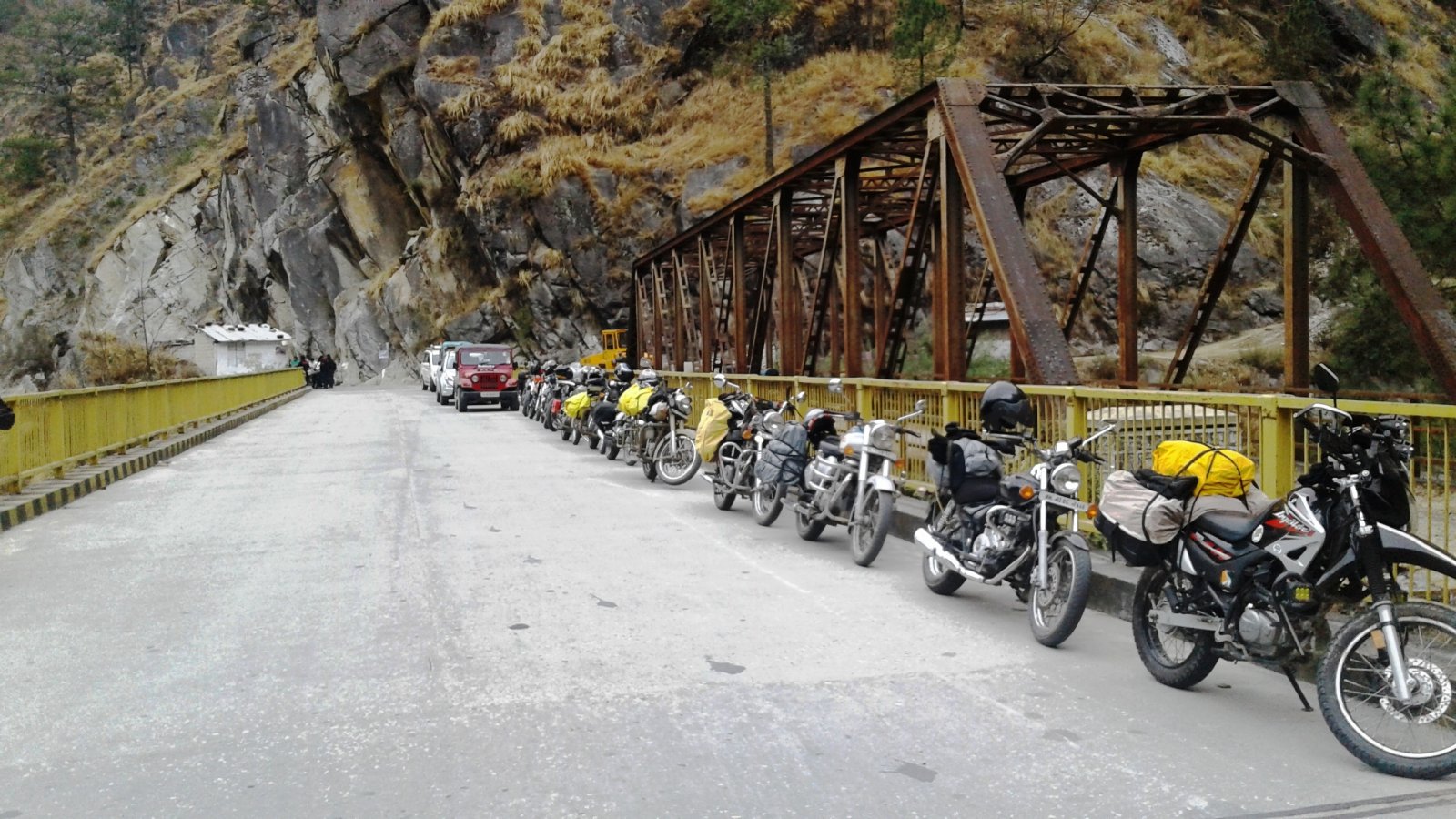 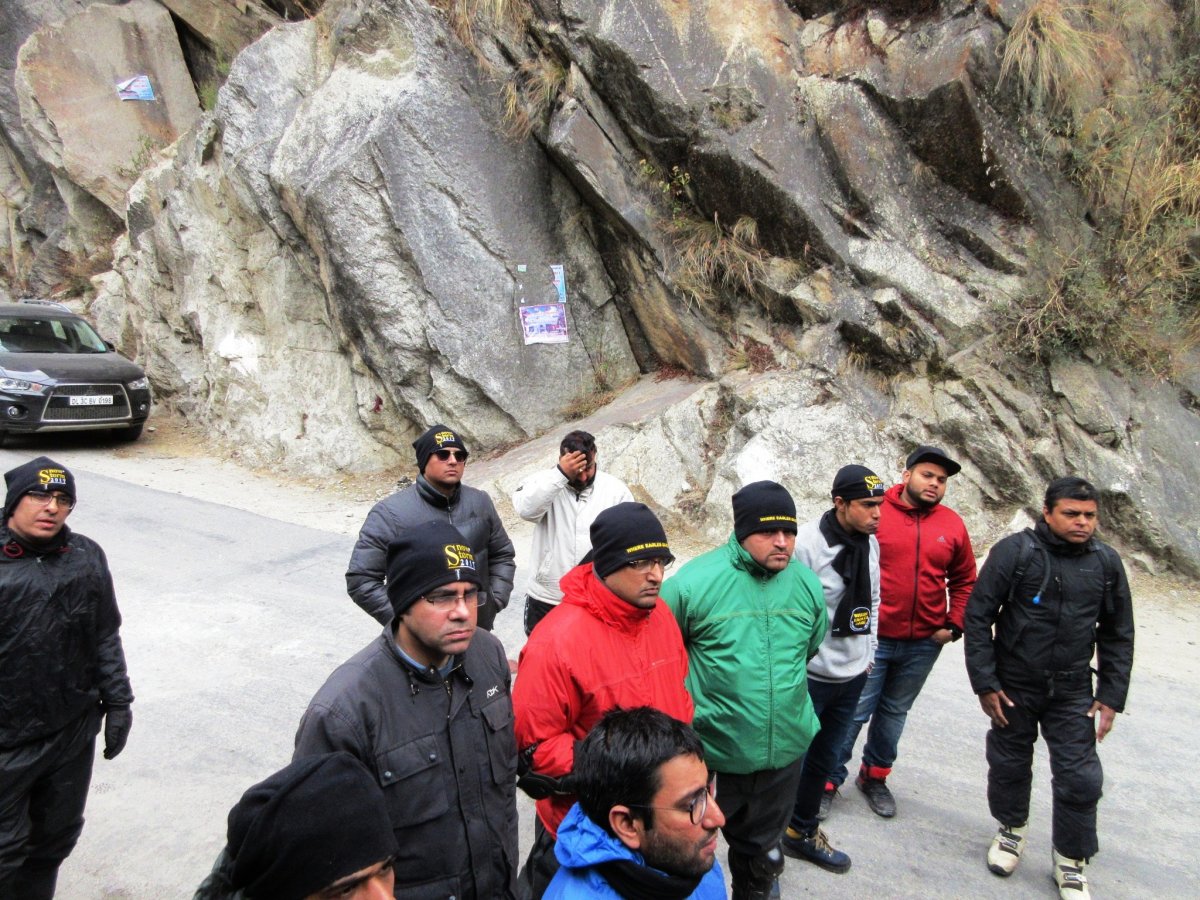 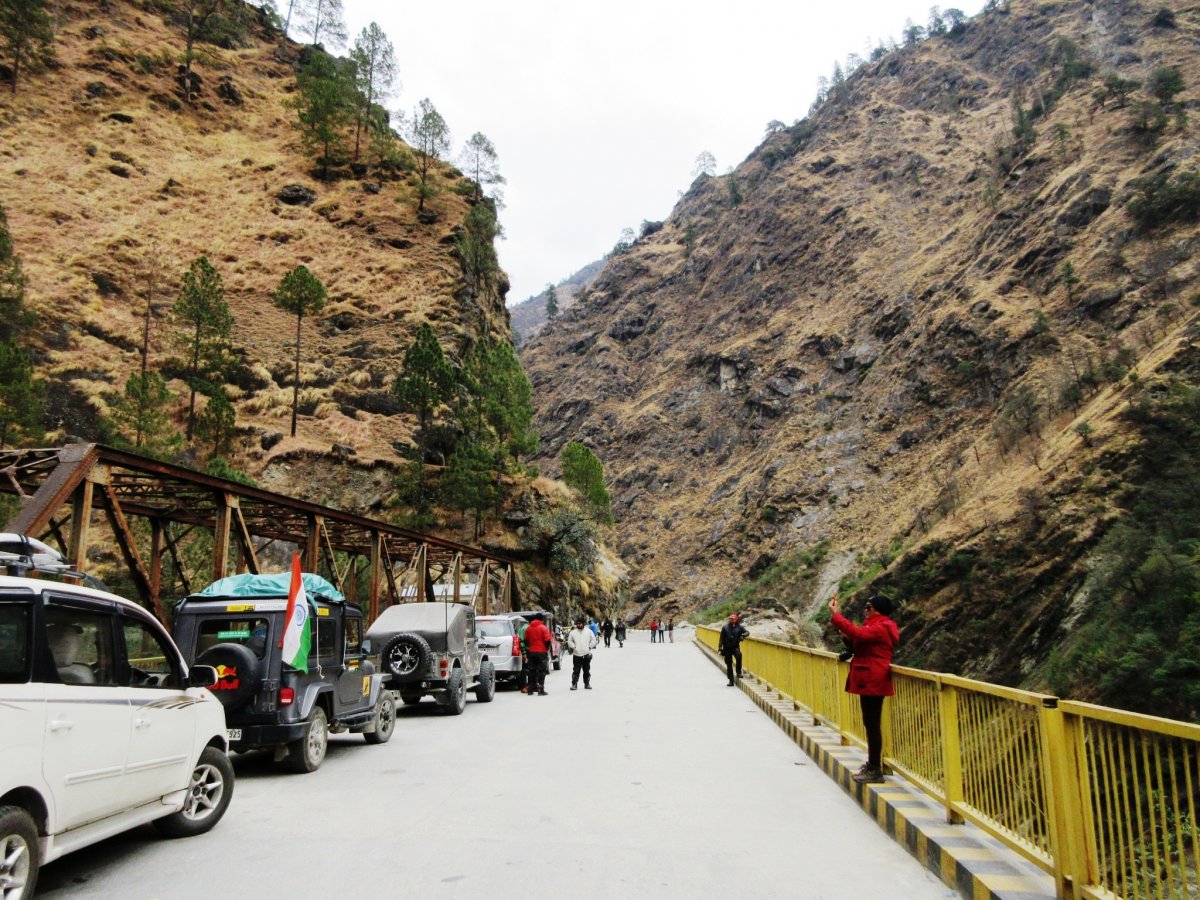 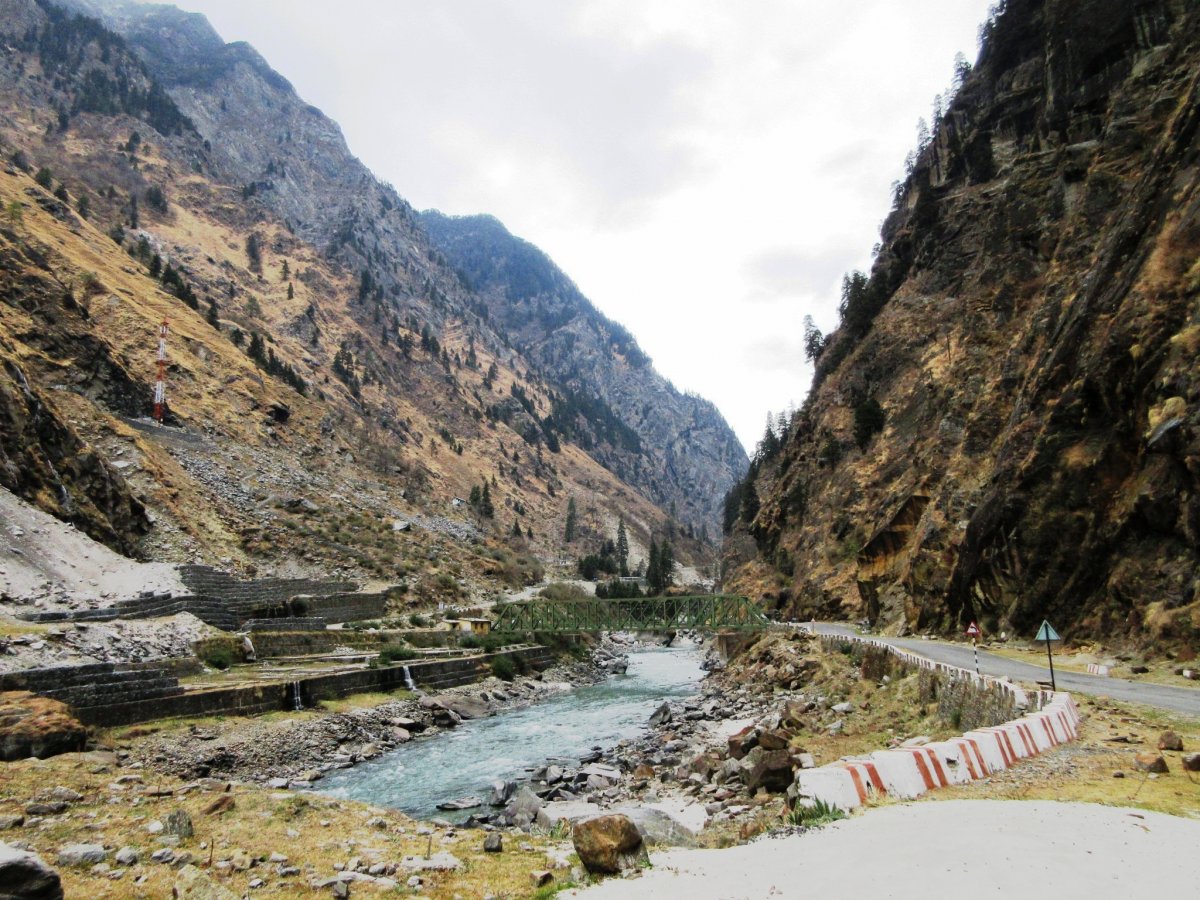 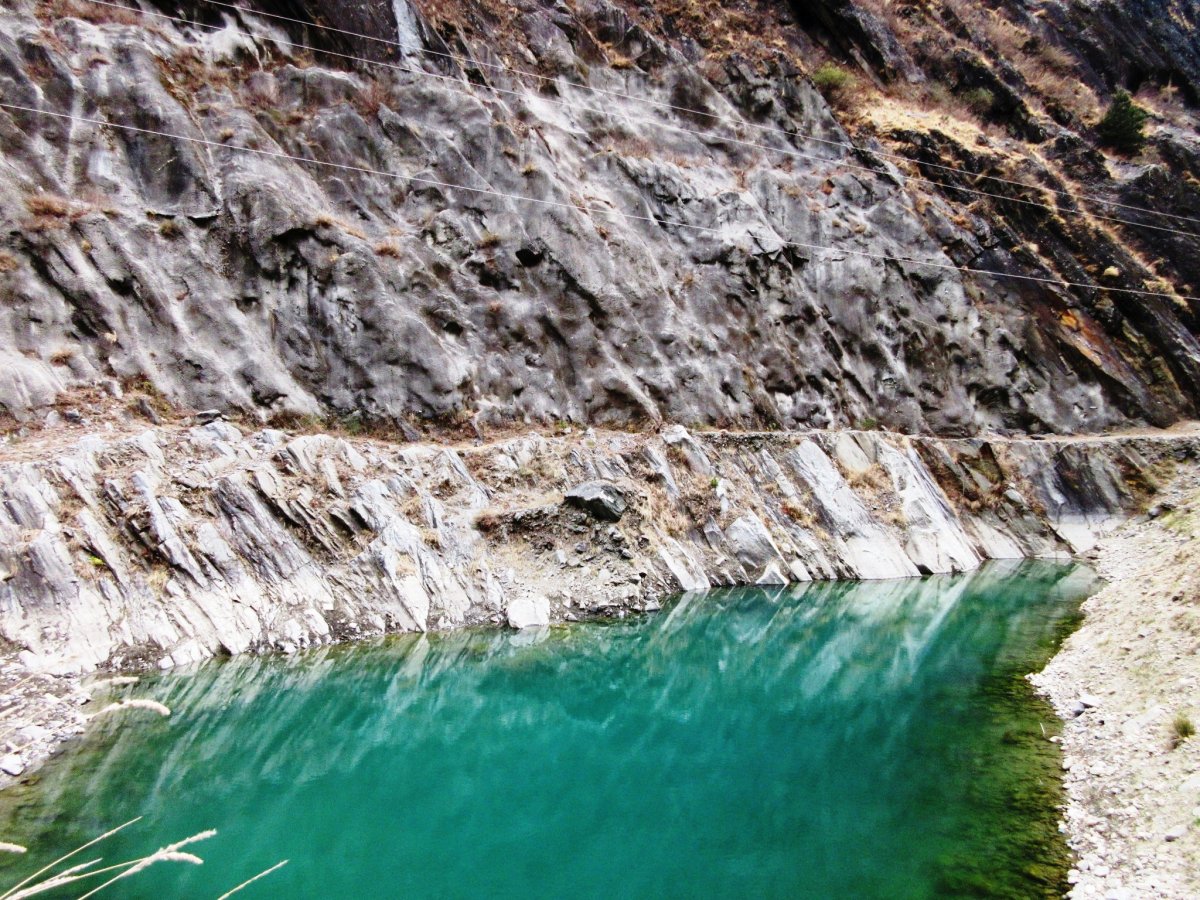 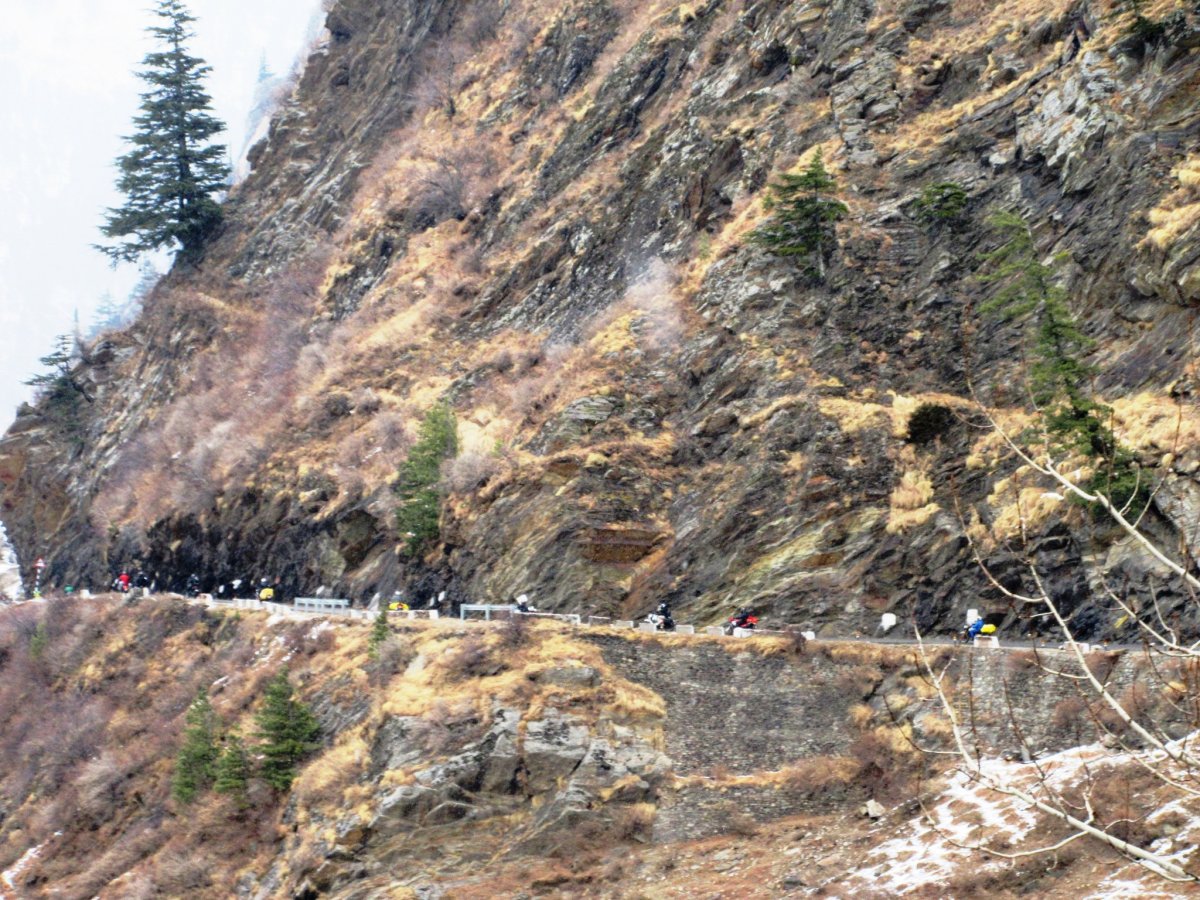 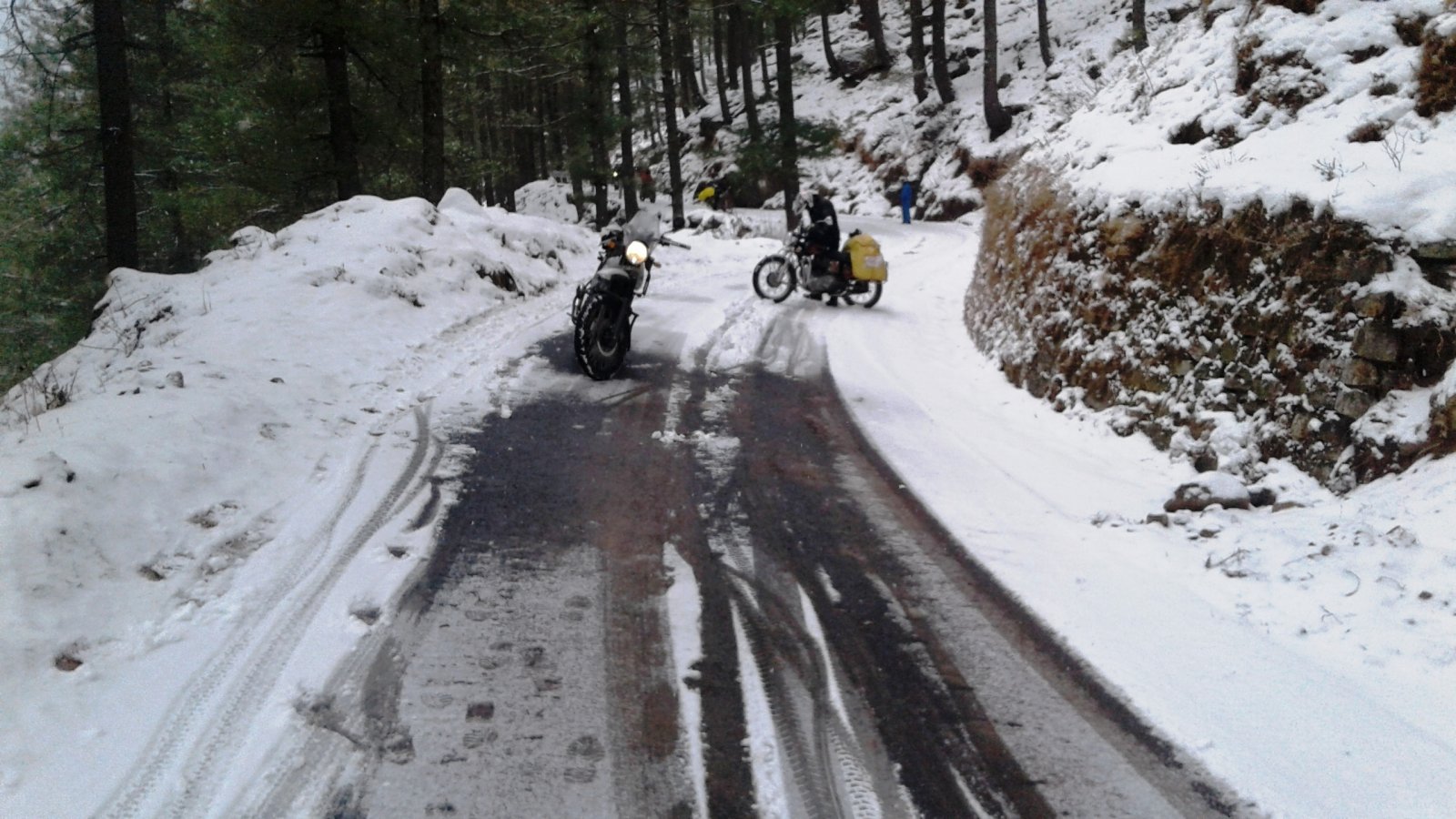 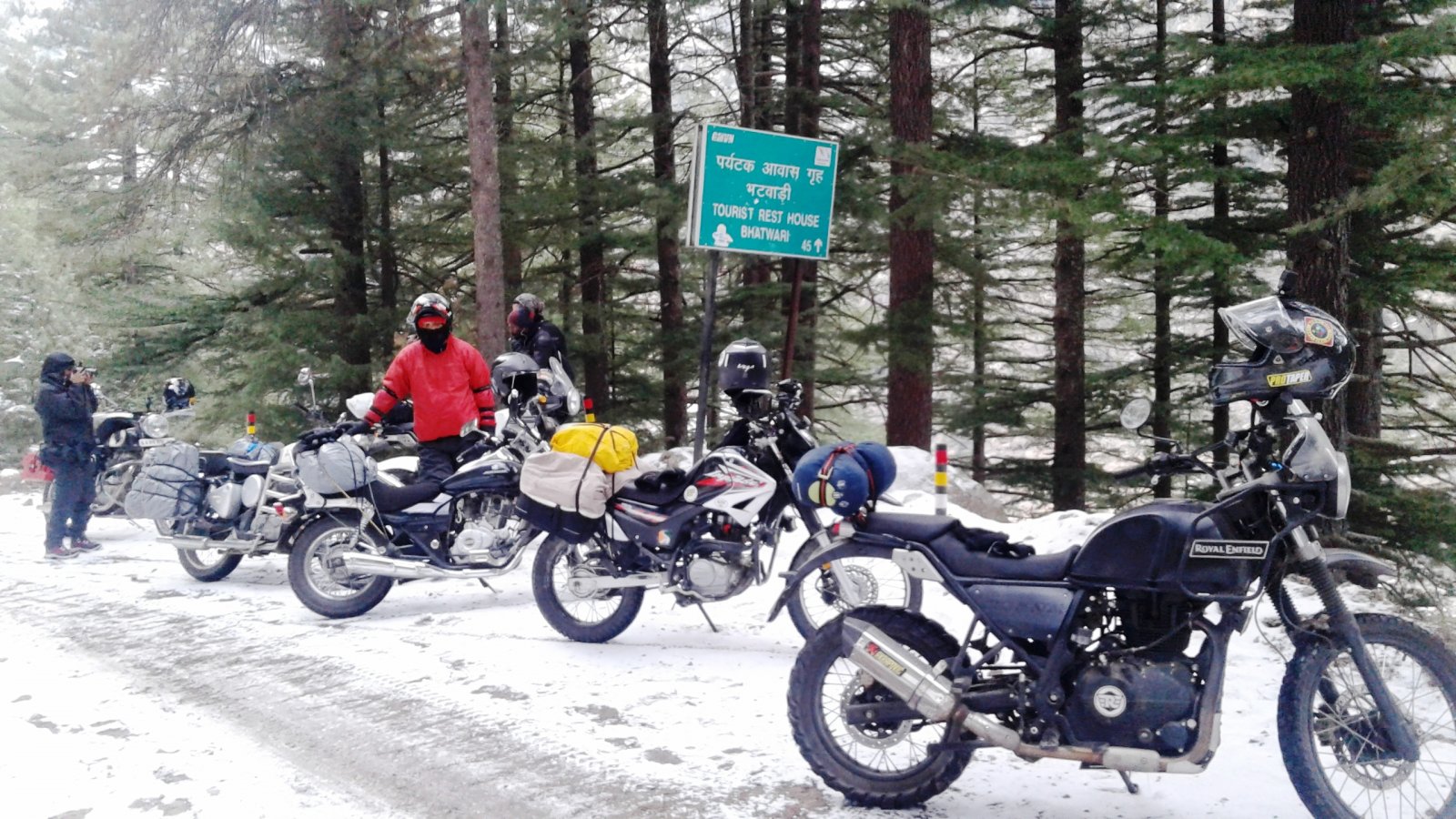 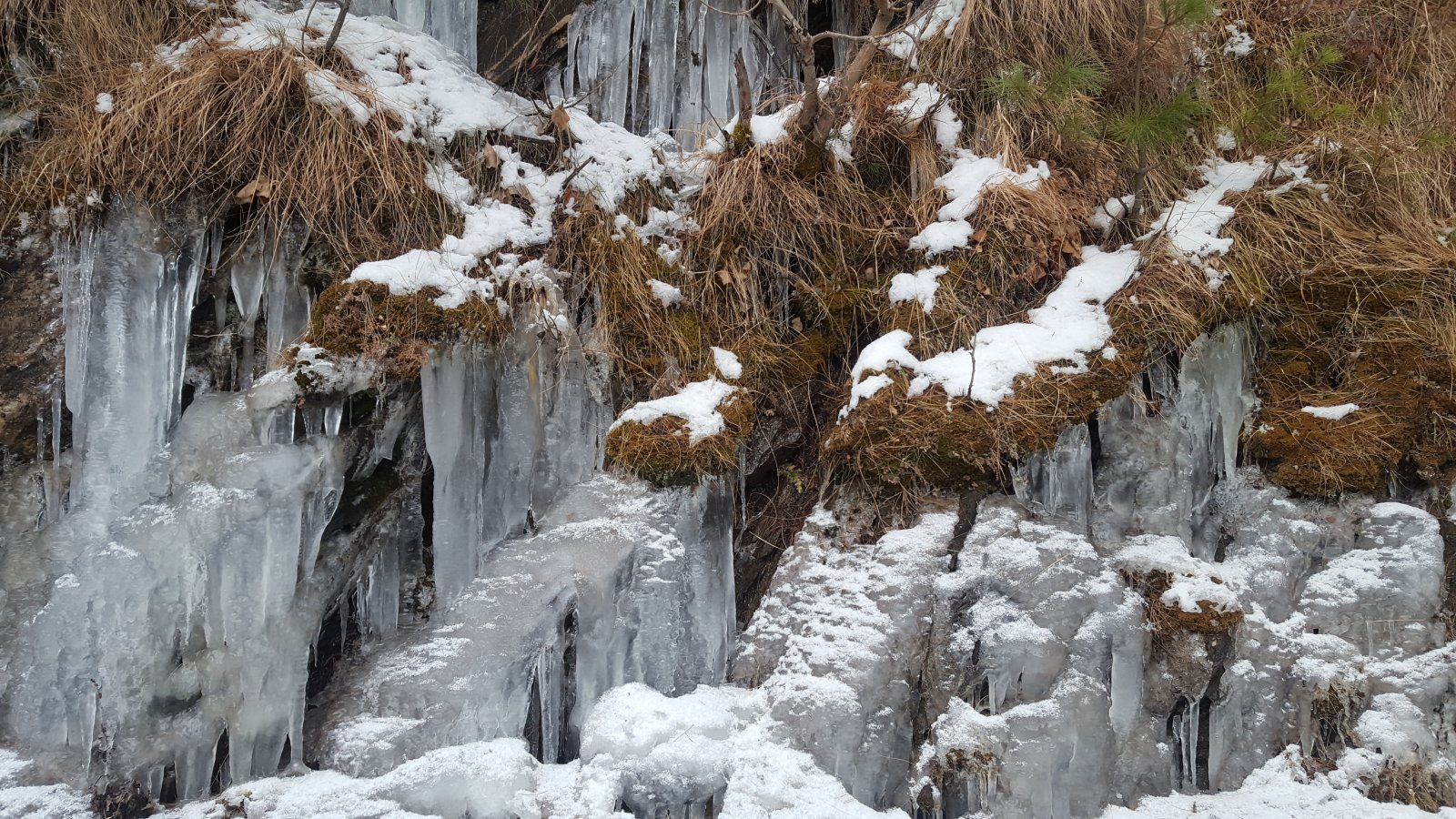 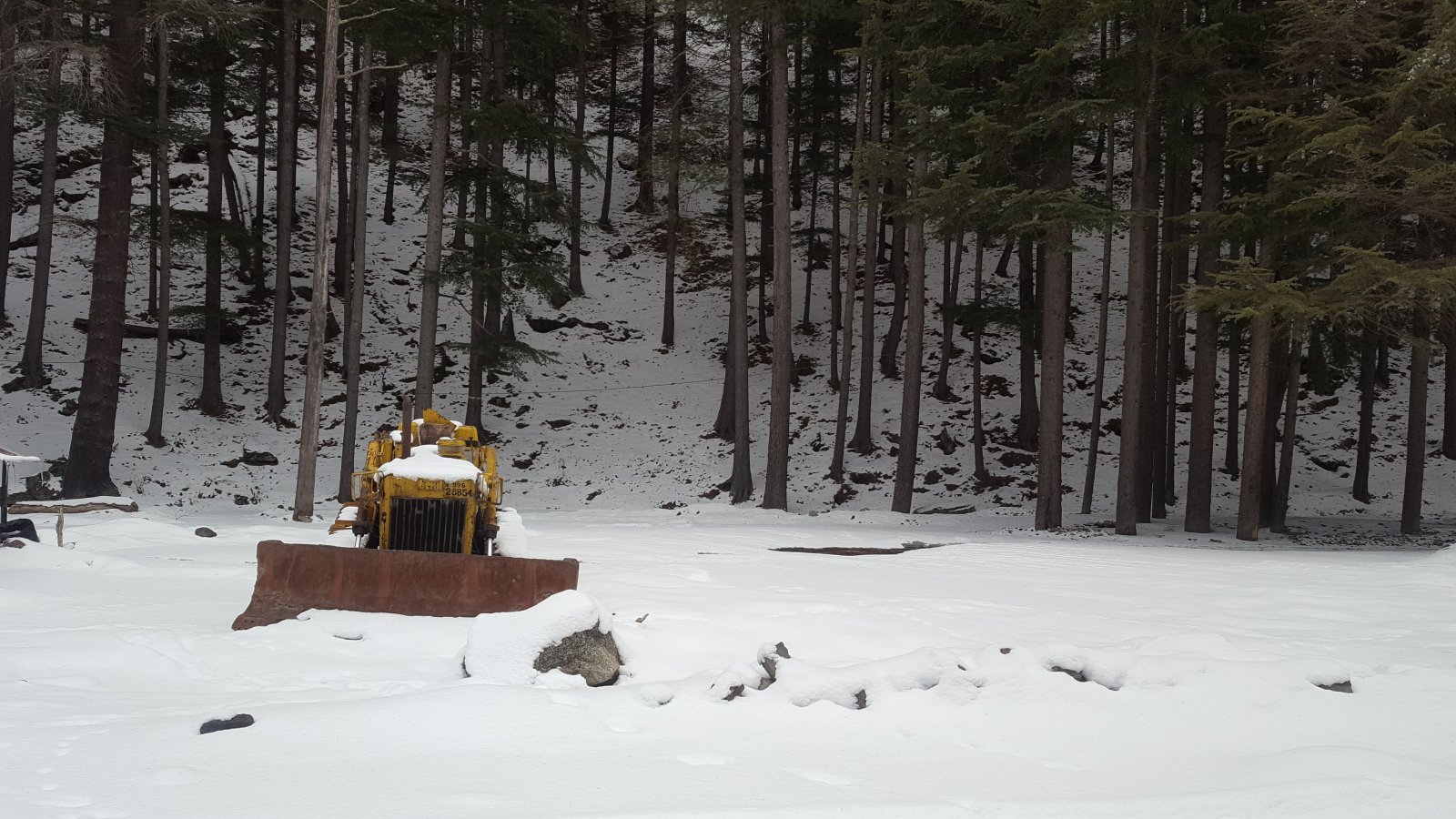 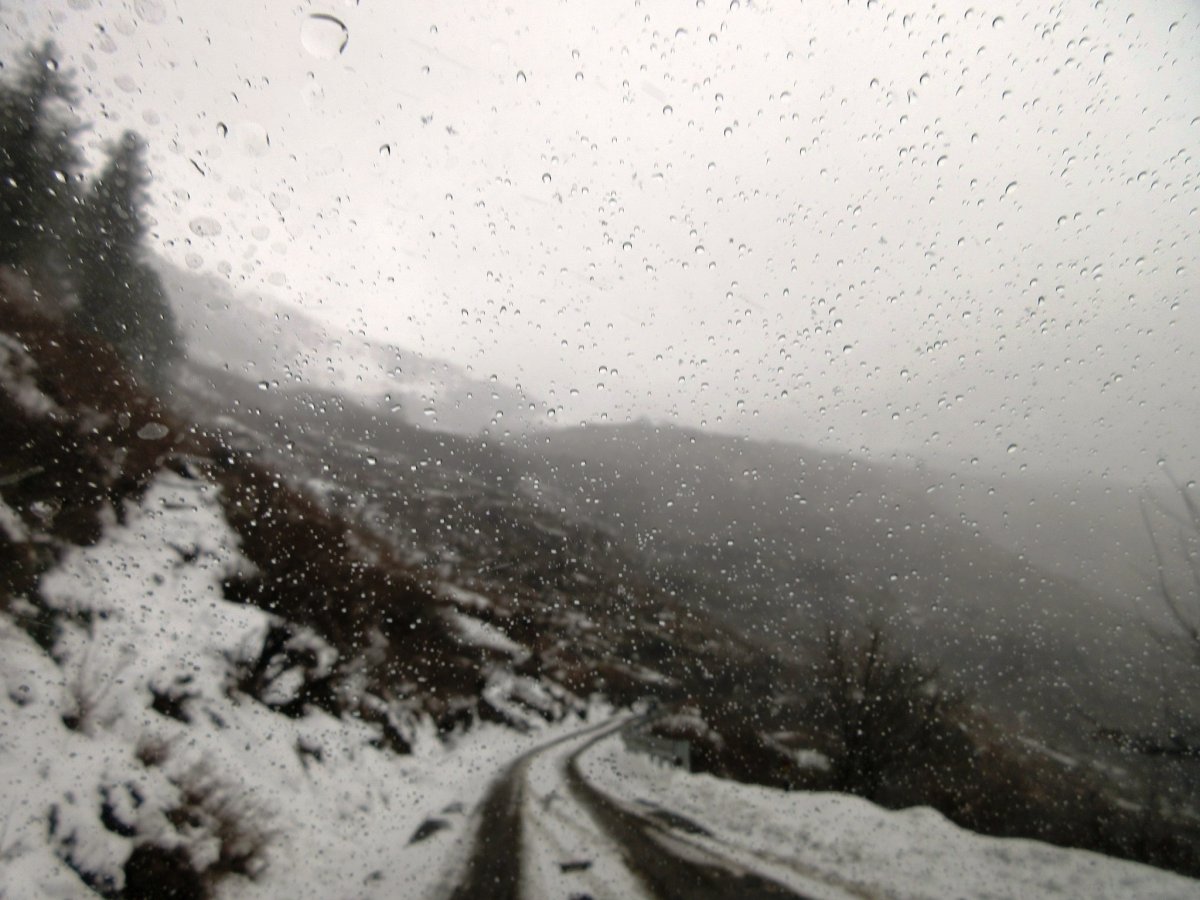 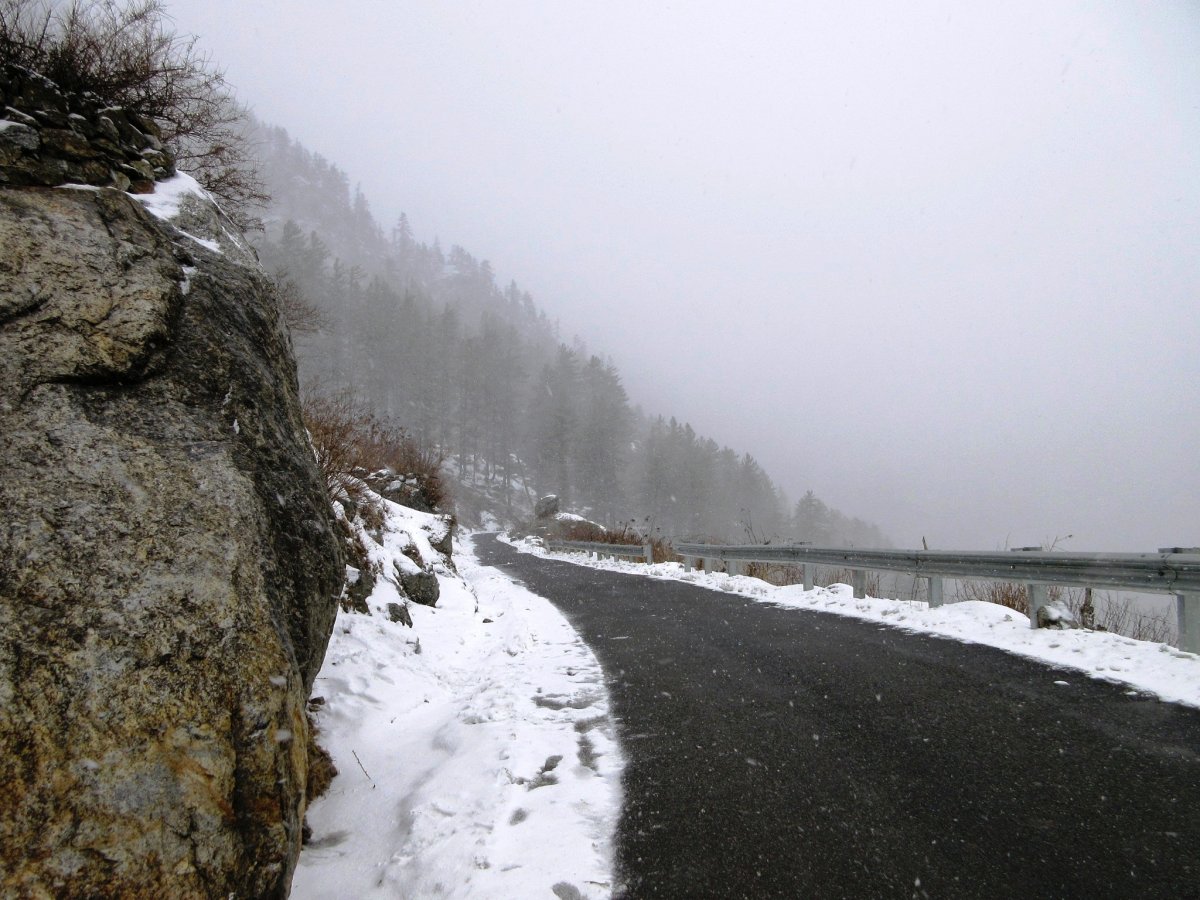 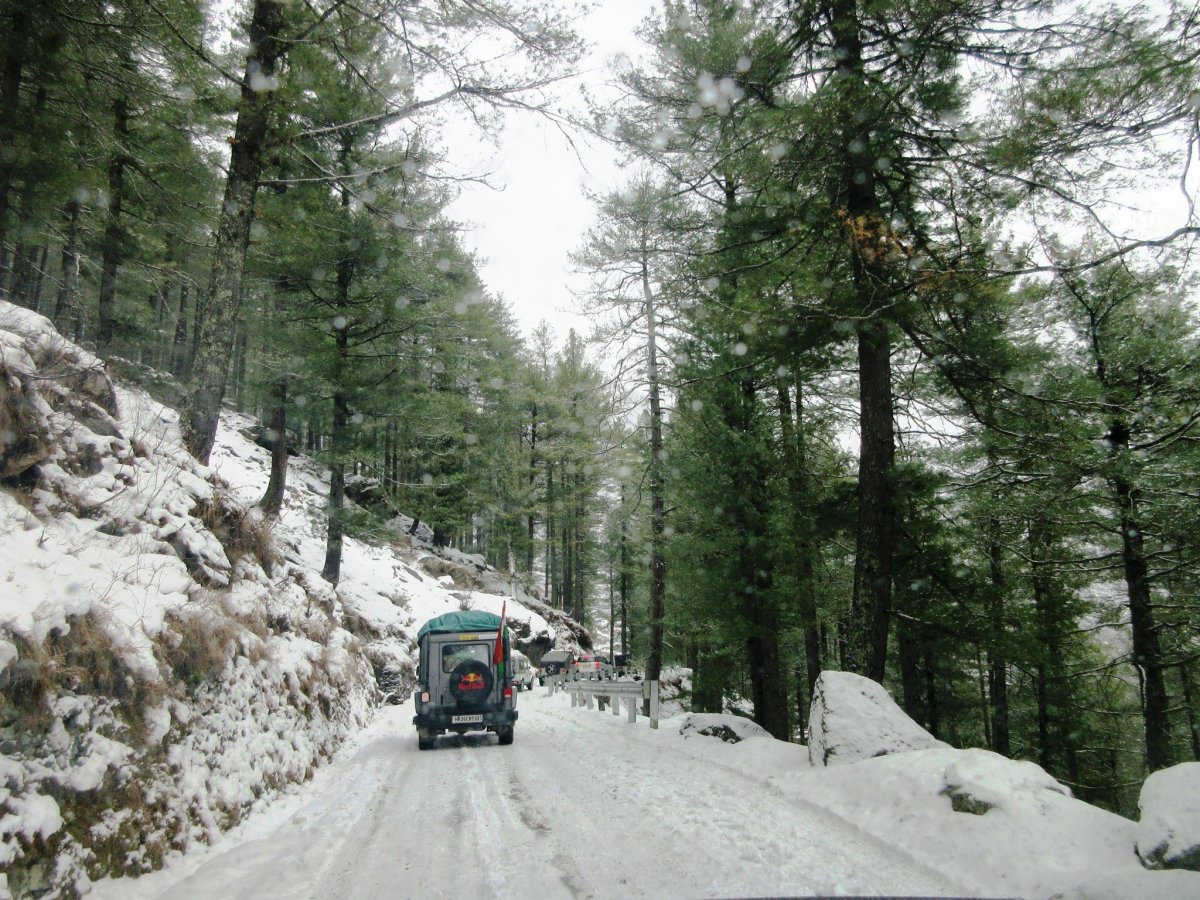 I was waiting for it to appear somewhere.
Thank you @Shivanshu for sharing the details from event. Going through your narration is easy on eyes and mind!

Looking forward to more photographs and details from the event.