A bit of a hiatus (an year - give or take a month or two) in the riding schedule had ensued due to personal reasons, and I was intent on planning to ride solo again with a pressing sense of urgency.

March of this year (2018), the opportunity presented itself and was grabbed with both hands - rather immediately.

I planned for a solo trip across Kinnaur. Having been visiting the region quite regularly over the past few years, I did not feel the need to plan my itinerary much. So one fine day I just booked tickets to Dehradun (my hometown), and decided to start the trip upon reaching there.

Reached Dehradun on 17th March, and planned to kick off the very next day. Waking up in Dehradun is (still) a pleasure, thanks to the gazillion birds that throng our garden every morning.
I quickly packed up in the most compact manner that I could (comprising only this red tank top bag) for a good 4-5 day (semi) winter trip - packing small and need only basis gives me a weird sense of satisfaction .. lol. 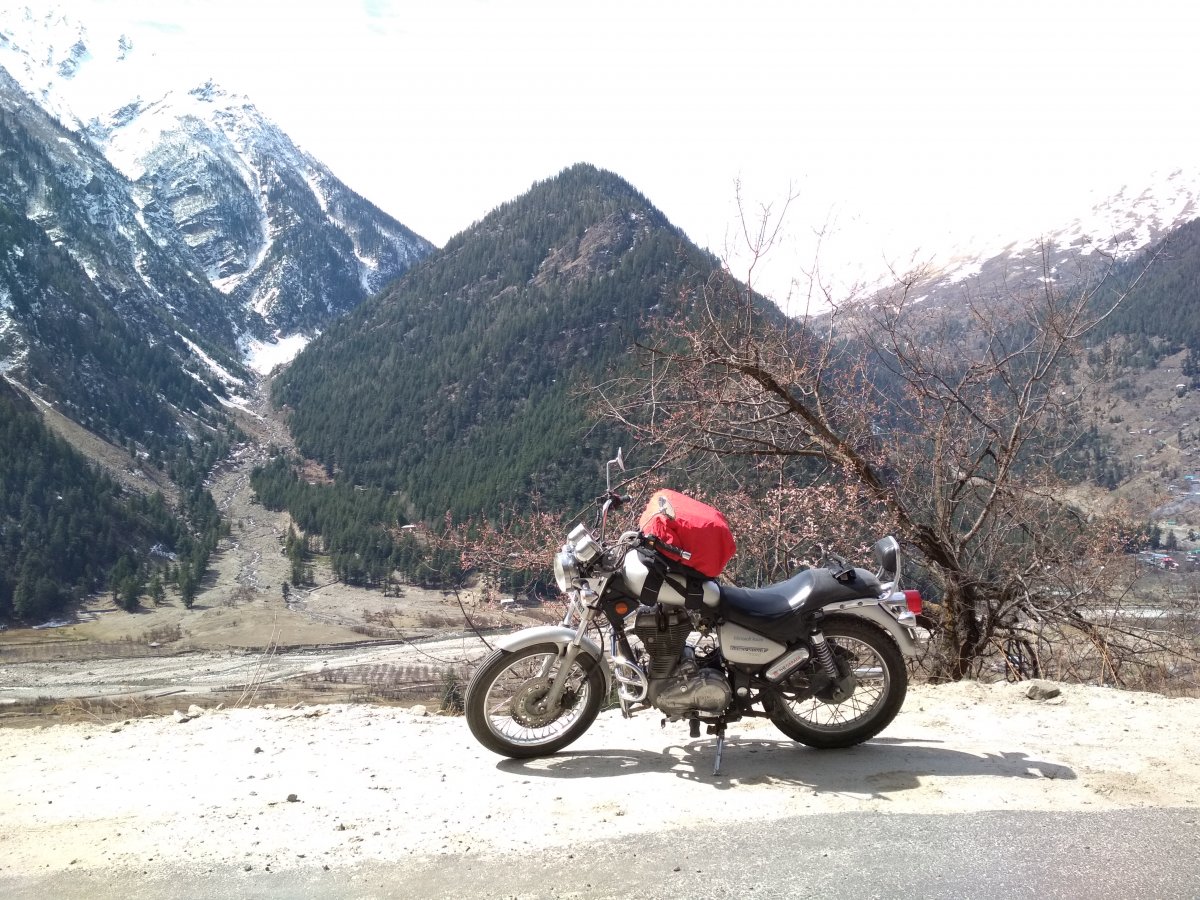 I started after a hefty breakfast, as I didn't want to stop for lunch - knowing well that the route I was to be taking would not have many oppurtunities for half decent food.


A few teasers till the next part coming soon...… 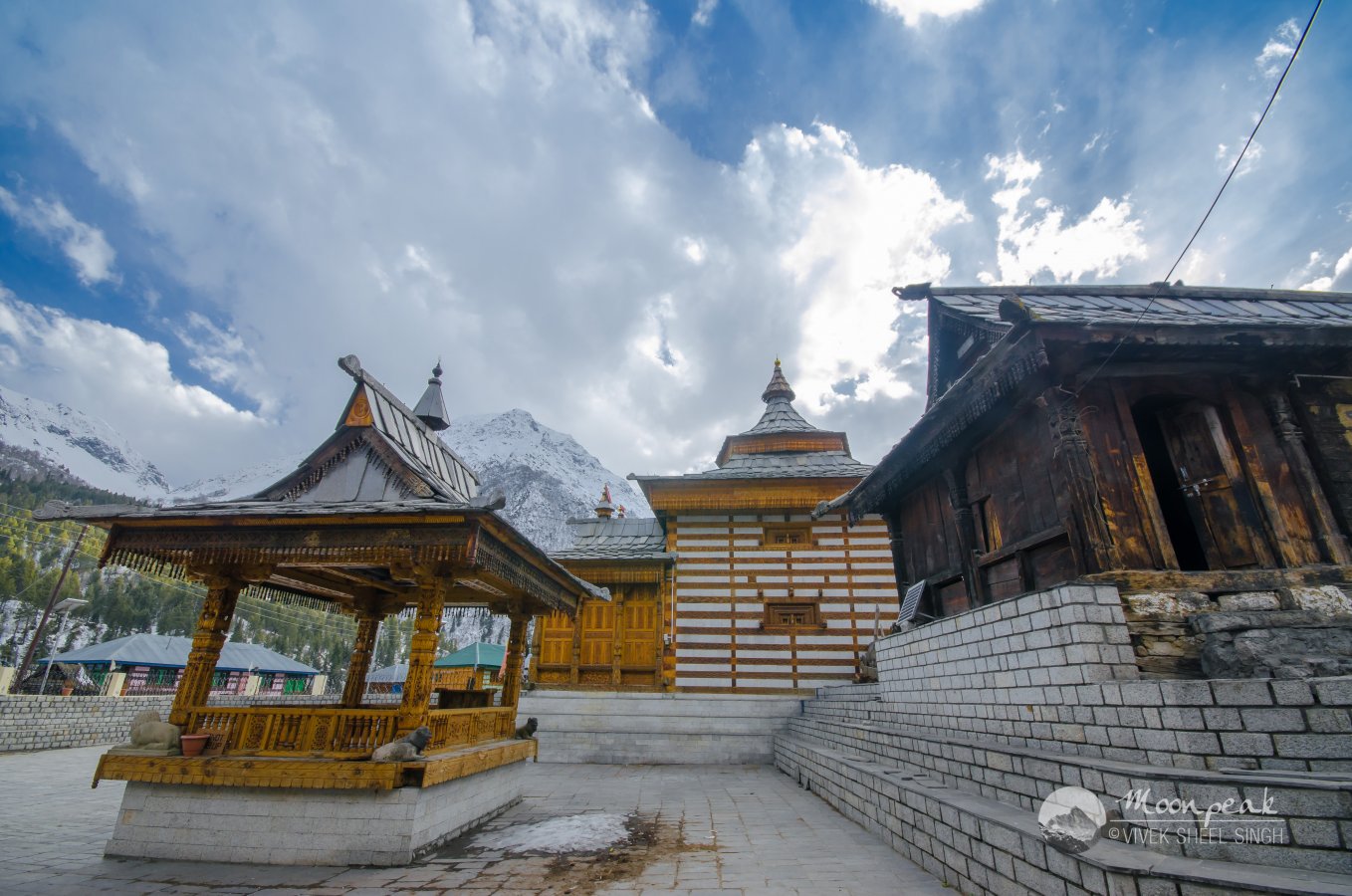 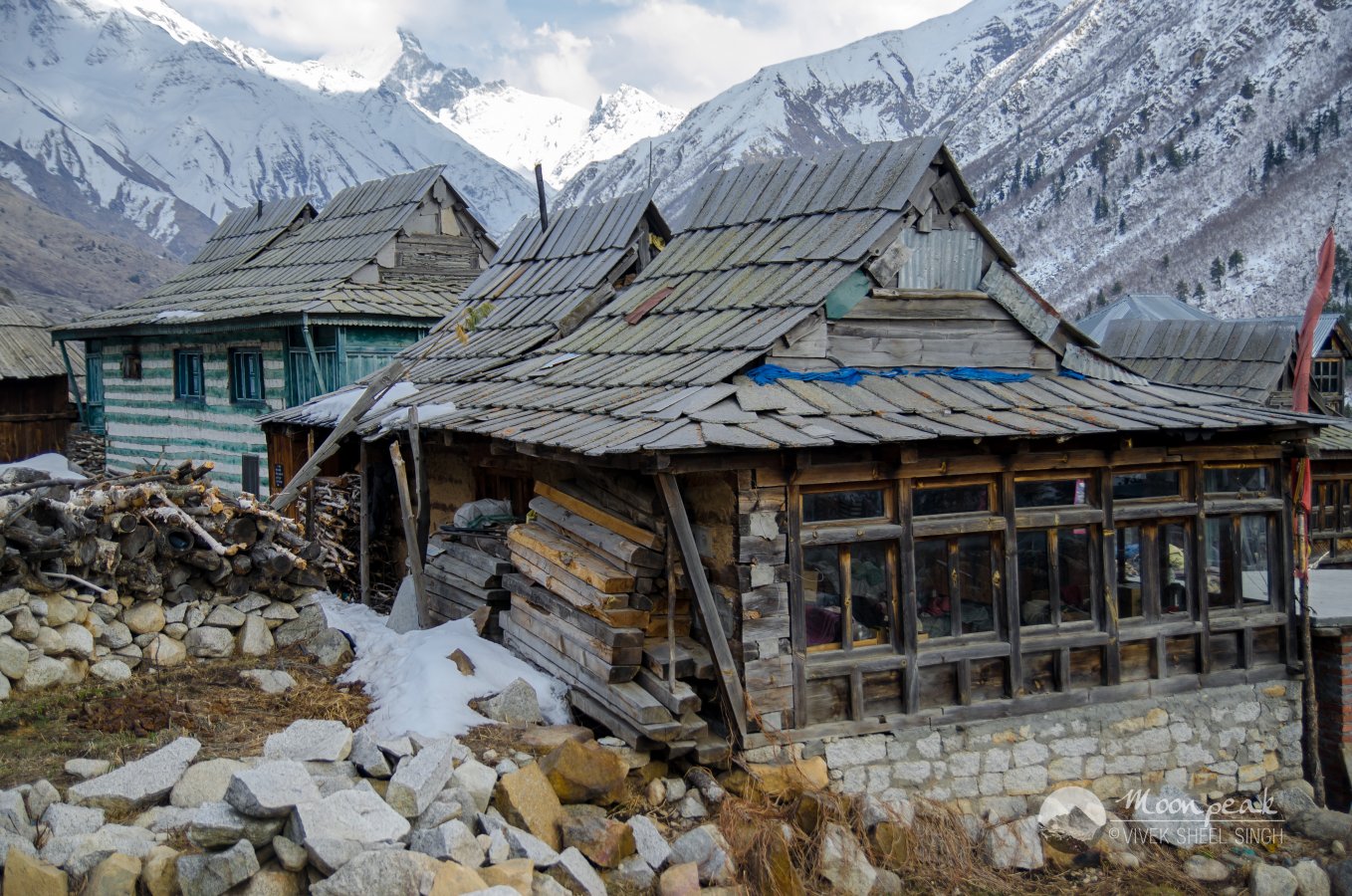 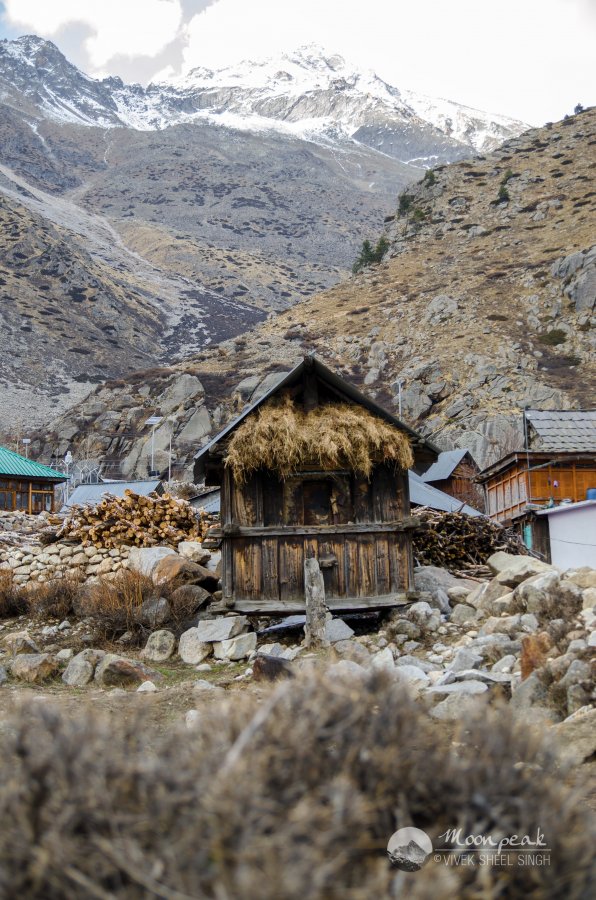 Sent from my iPad using Tapatalk

Sent from my iPad using Tapatalk
Click to expand...

Since it was mid march, the weather was perfect. Skies were open so far, and the temperature was moderate at about 26-27. Driving with a light riding gear was comfortable, and not a PITA.

I bade farewell to my parents, and started off towards the Dehradun Chakrata route. I had barely crossed the city limits when the horn started to give me some trouble. It wouldn't blow - or would blow by itself. A quick stop at a mechanic shop and the issue was sorted out - From what I could make out, he did some fixes to a white plastic box which housed a bunch of wires - its called the Relay Box, I was told. Alright no problems.

I continued onwards the 'Chakrata Road' -- yes that is one of the very major roads in Dehradun. Growing up there in the 80s+90s I had no idea it was named so because it would take you to a place called chakrata. I always had the feeling it was named after the citrus fruit so prevelant back then -- Chakotra..lol


The area that lies in between the Yamuna basin and the ascend that takes you further up into the jaunsar region has typical topography - is very beautiful and boasts of mythological and archaeological significance - unlike any other place. Its always a pleasure absorbing the history around this region.

Enroute I could see already the winter rains (and therefore the snow) had been scarce, affirmed by a fine gentleman whom I gave a lift to around the nagthat village. He told me if the rains didn't arrive in another few days, the entire potato crop would be wasted. Concerned, I wished him luck as I dropped him and continued the ascend to chakrata.


At chakrata I thought to stop for a quick tea/snacks/lunch break, but decided to move on... but purchased petrol in 'black' nonetheless. Crossed the Forest checkpoint and headed onwards onto the Chakrata-Tuini motor marg - which has forever been in shambles.
Though the road sucks, the views are rewarding, and the beautiful Kanasar meadows cannot be missed !!!


A customary stop had to be made there... 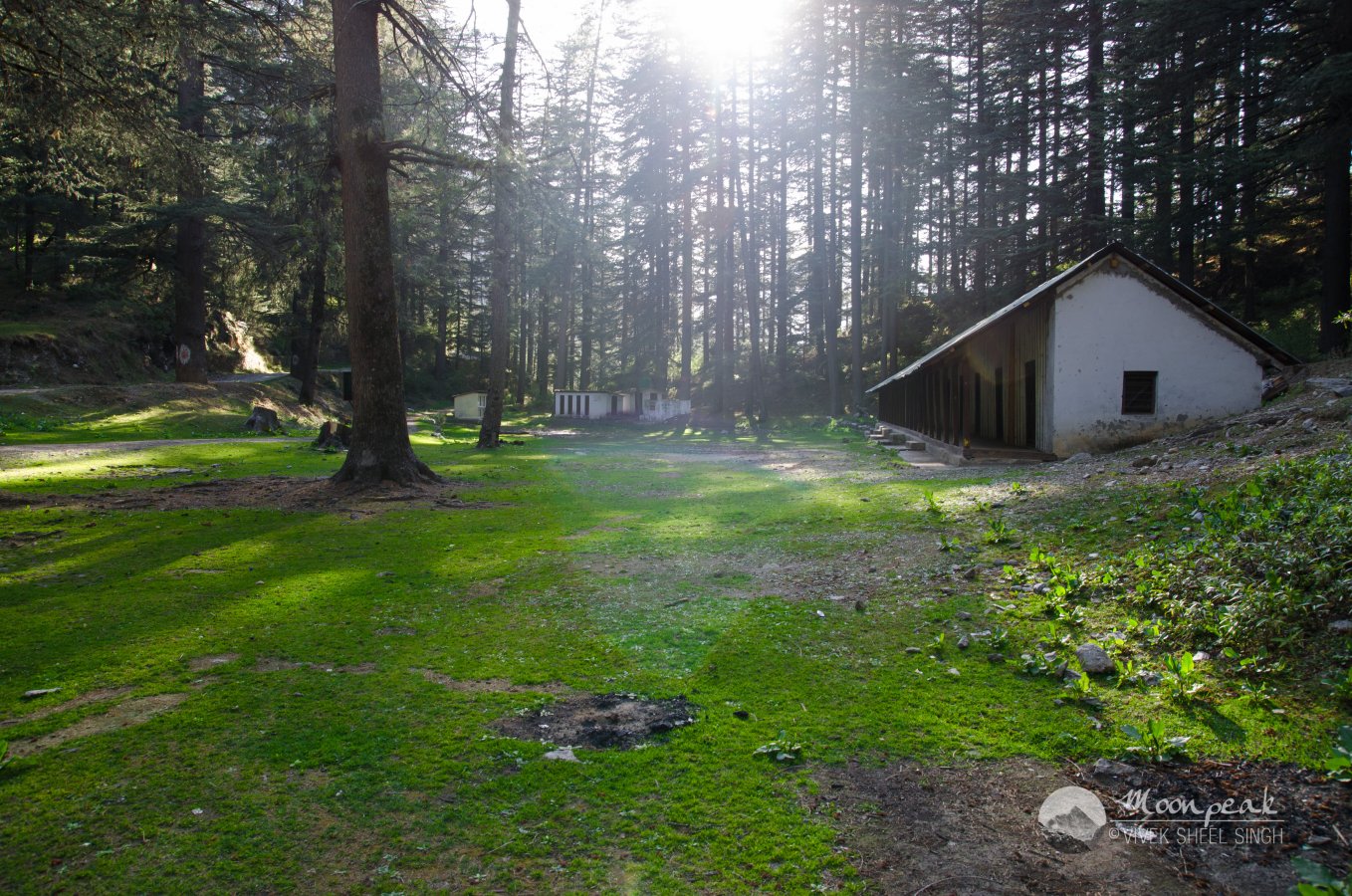 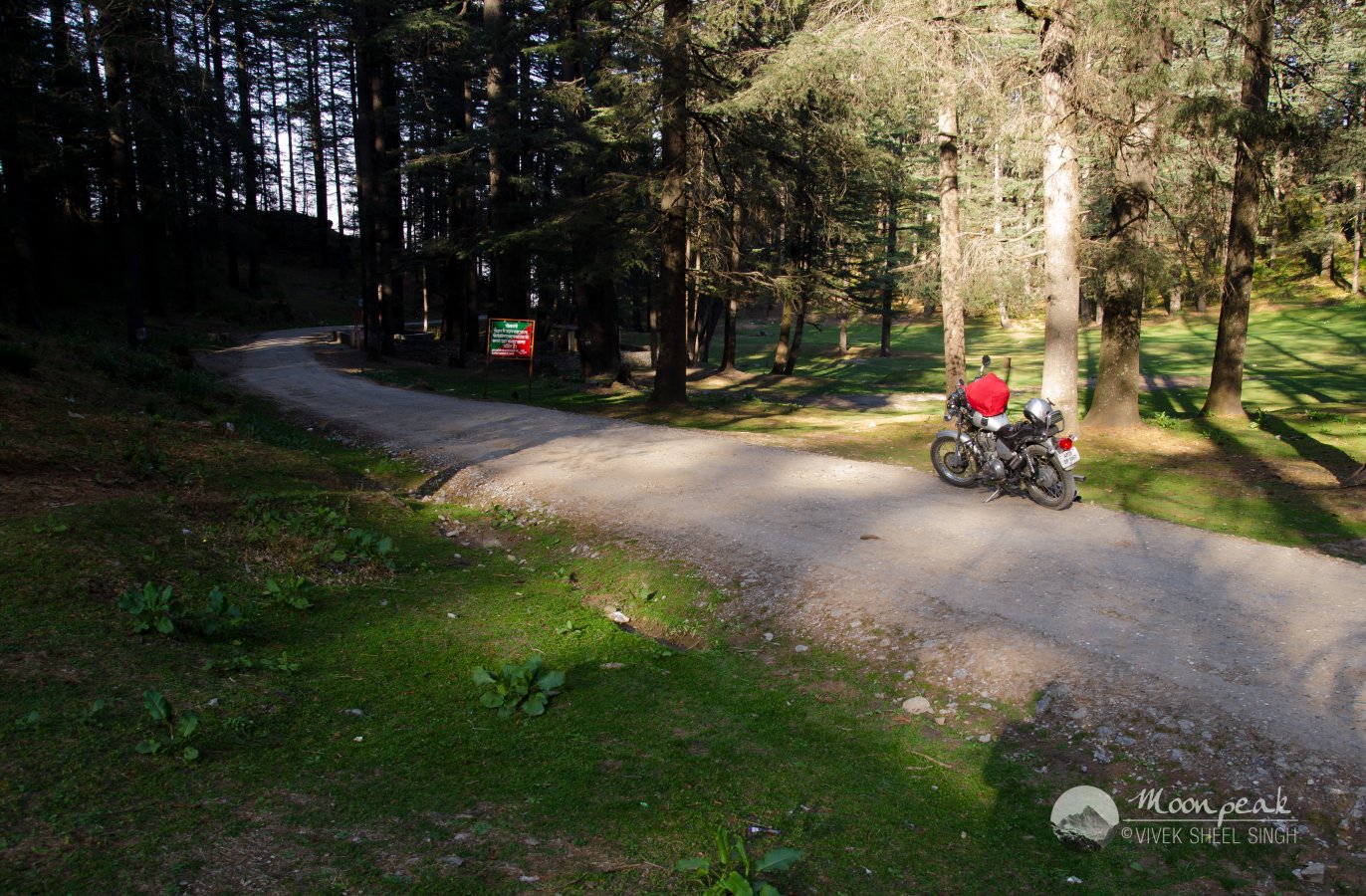 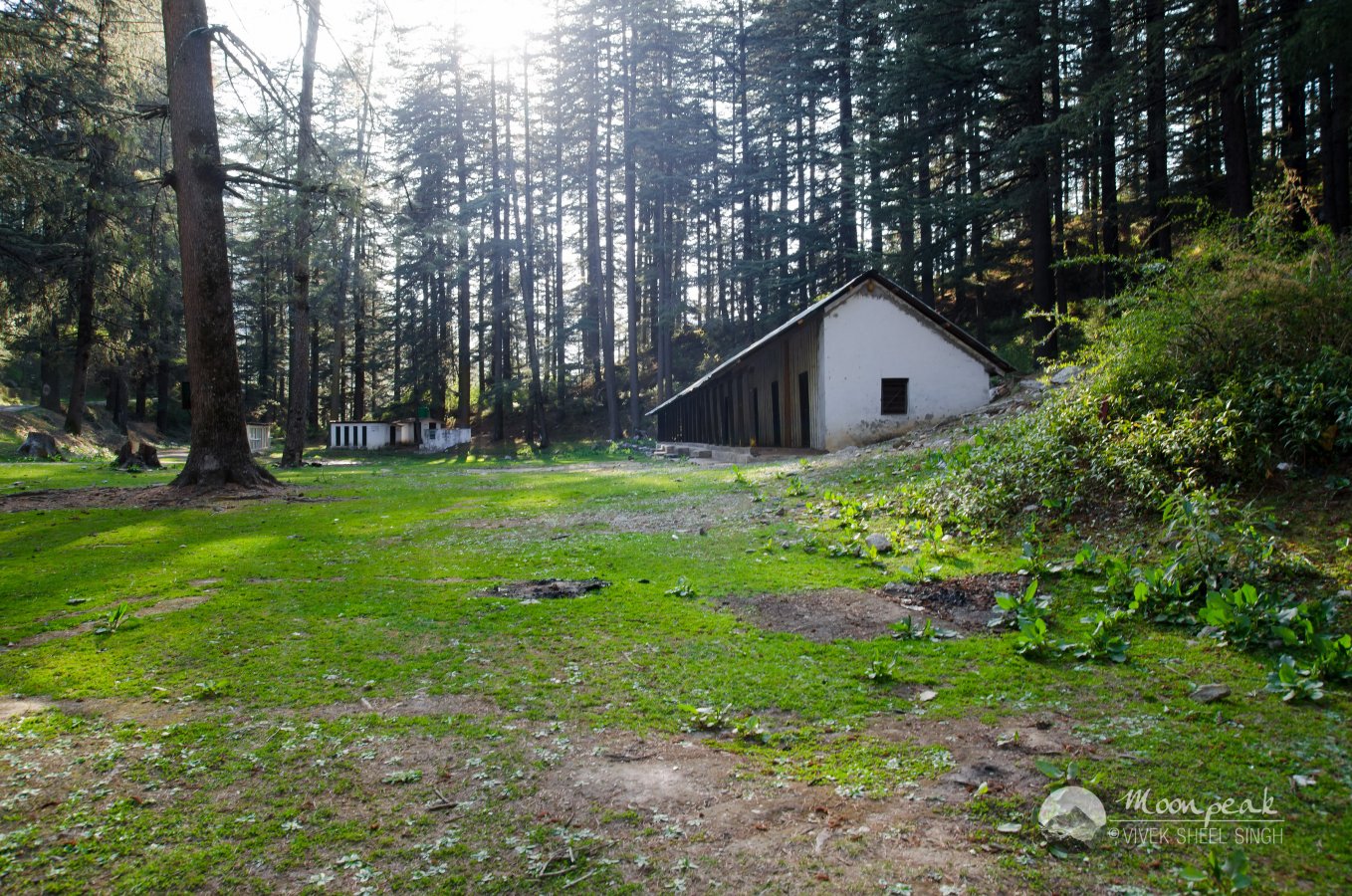 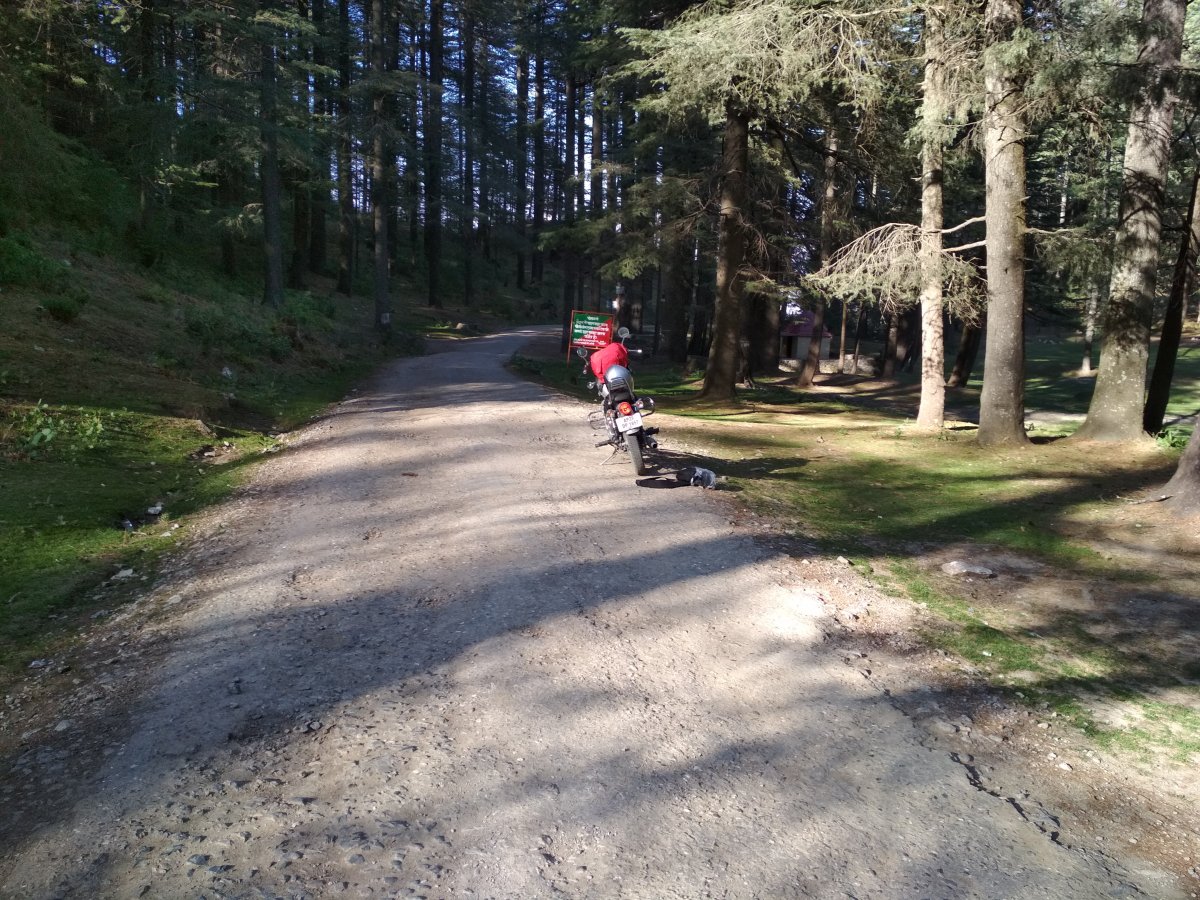 After a frustrating 30 kms covered at a snail's pace, the misery finally ended. There was tarmac, and relief, and speed.

I was crossing a path which was quite heavily wooded when I crossed a few shops, which looked very inviting, being constructed primarily of wood, and it looked like the ideal setting for a quick break. I parked, and got into one of these, and upon enquiring was told I was in TyunA (male version of TyunI) ..
I ordered bun omelette, and tea. 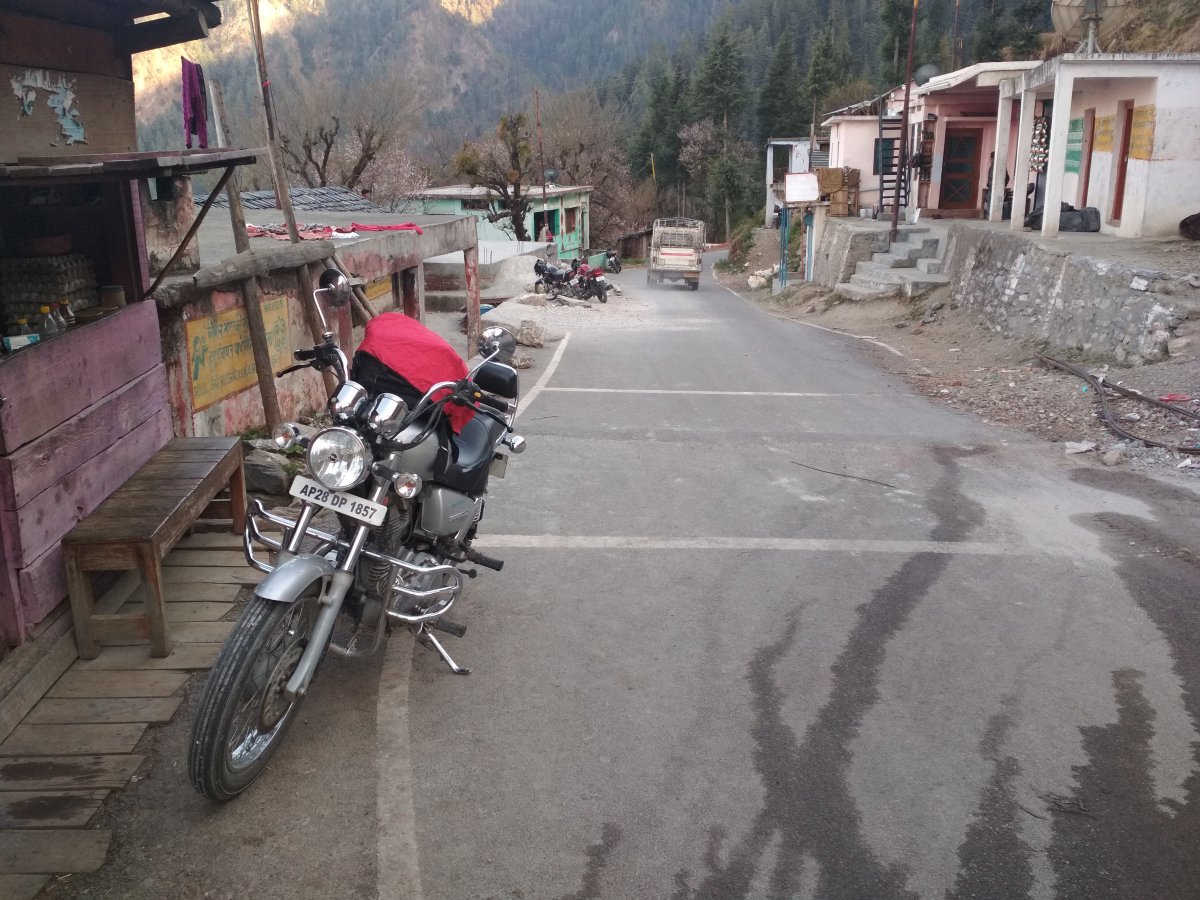 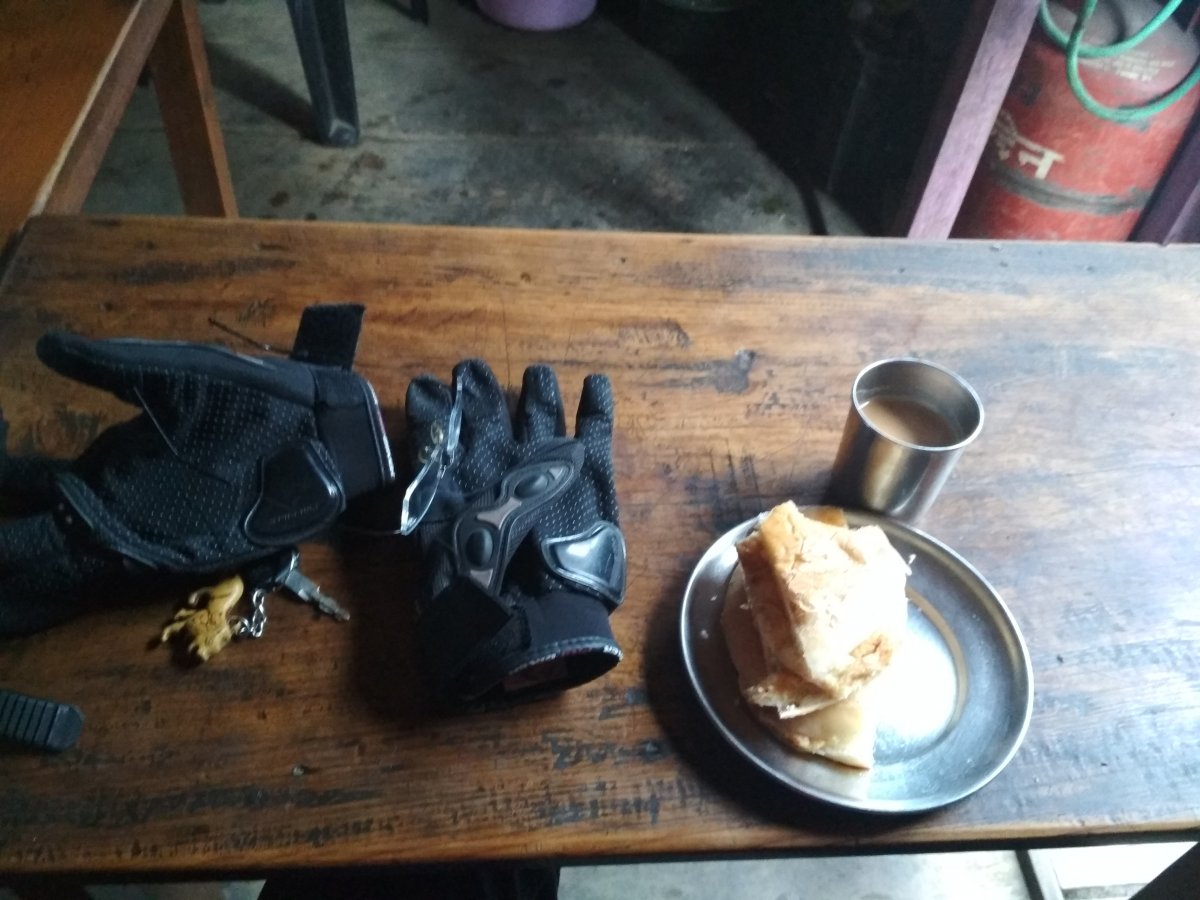 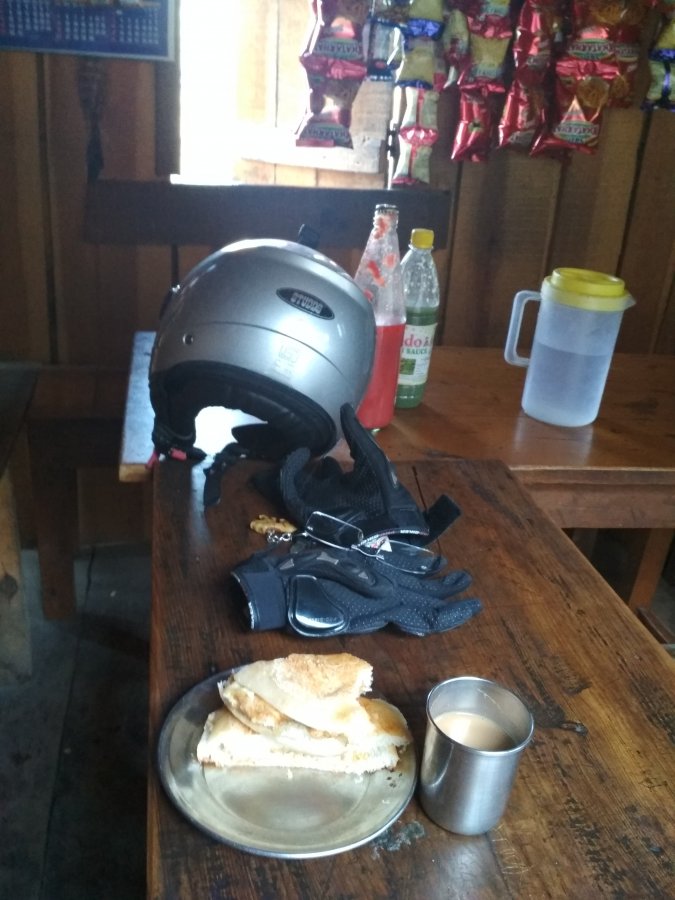 Ah, Kanasar! What a lovely place. Sad to learn that the road is as bad as it was when we were in those parts half a dozen and a year ago.