Sangla trip was cancelled since I figured out the actual minimum temperature there in was -10 (not -19 which was the driving factor for me for the plan). I thought for some time, and woke up my brother sleeping on my right to ask if he wills to travel to Jammu. I did so, and he smiled at me. It was time for me to slap some conditions on his face, and I said "I'll be travelling by bus this time". This statement made his smile weak, but not completely enough and he replied me a nod. I told him to pack the bag, and that we'll be on our way the next hour. He jumped right away from bed and I was still swimming into scary ocean to find some courage to inform Mom about the same.

One hour passed, and we were good with our bags. Finally called up Mom and fixed everything after some scoldings for sure.

We parked the bike and rushed into the bus station to board the bus to Jammu. The Punjab roadways bus was about to leave. Paid Rs.410 for the ride per head for the AC bus. Apart from AC, there was nothing else to mention. Not even the seats were decent enough and had push back feature. The AC was miserable, and passengers had to complain about the AC every now and then until we reached Jammu. We found that AC bus a bad deal.

Finally we arrived Jammu, and didn't took time to figure out the wonderful ambiance, and aroma of mutton from behind my back. I thought to try out at first place and then move, but my brother insisted to enquire the bus timing first and then have some food.

No state bus at that time. The next one was next day morning. Hence boarded a private bus from Jammu bus station which was about to leave and next private bus was at 2300hrs. Paid Rs.250 per head for Srinagar. The bus was good enough for the price. It had push back seats, and except this feature, there was nothing else to mention. We figured out local Kashmiris too traveling in it, so was sure that I was not cheated on fare part. 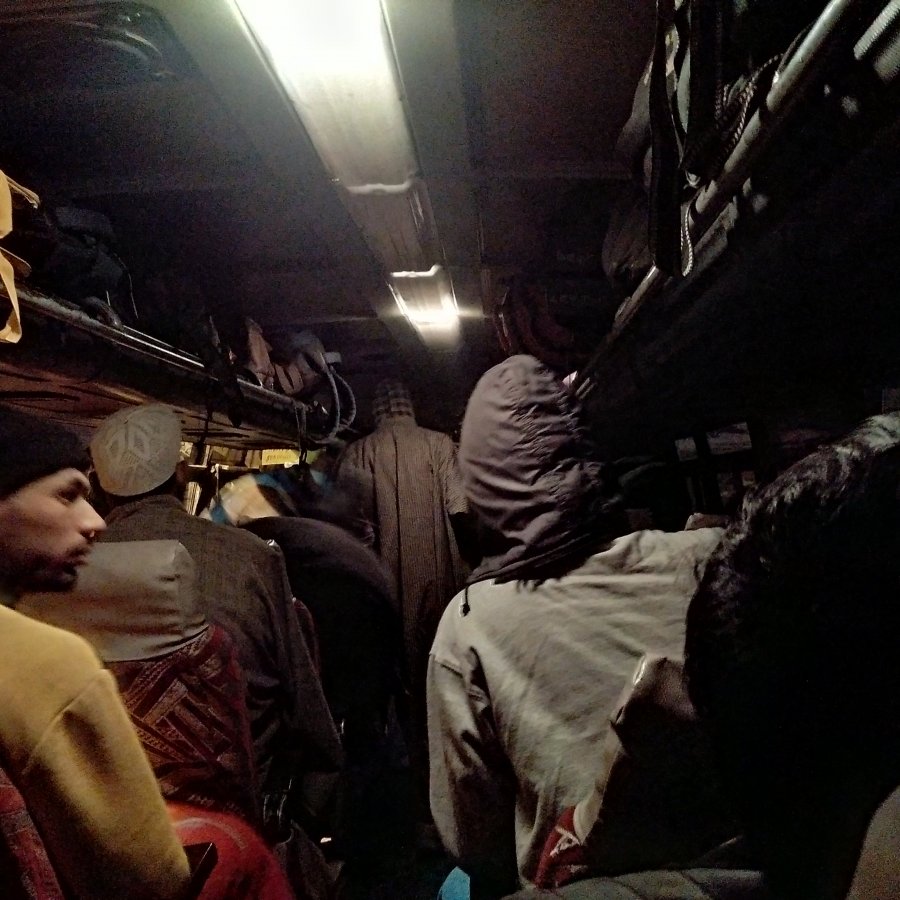 The bus was on its tune, when the driver decided to make a small pause. It was a tea break, which few of the passengers didn't appreciated. Nonetheless, a tea break is always appreciated by me, and I asked for a tea, only to find that it was salty. Different, but felt good to have sip of it along with parantha. 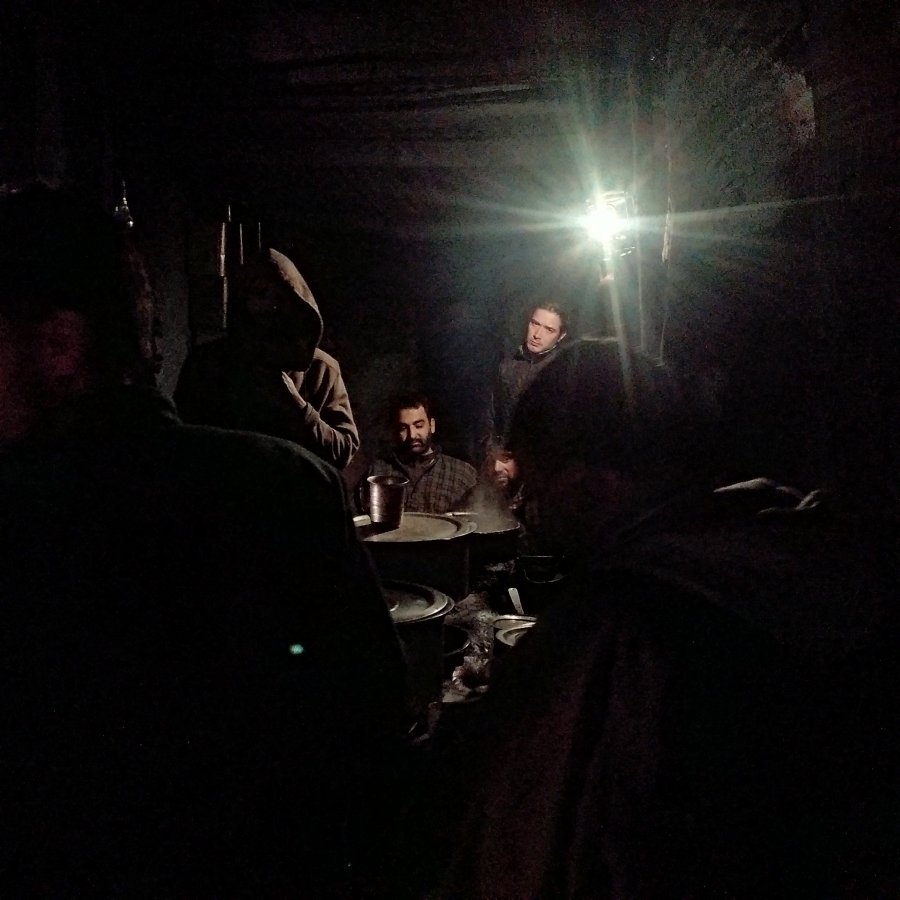 Soon we crossed the Jawahar tunnel, the bus driver made a pause at a small dhaba. The hot tea then, played really well into our cold veins. There were snow all around before Jawahar tunnel, but as we moved on, the fresh snow turned into small patches and soon they disappeared. Said that, the cold wasn't any less than that around snow. The local temperature in my brother's iPhone showed -3 at Jawahar tunnel. 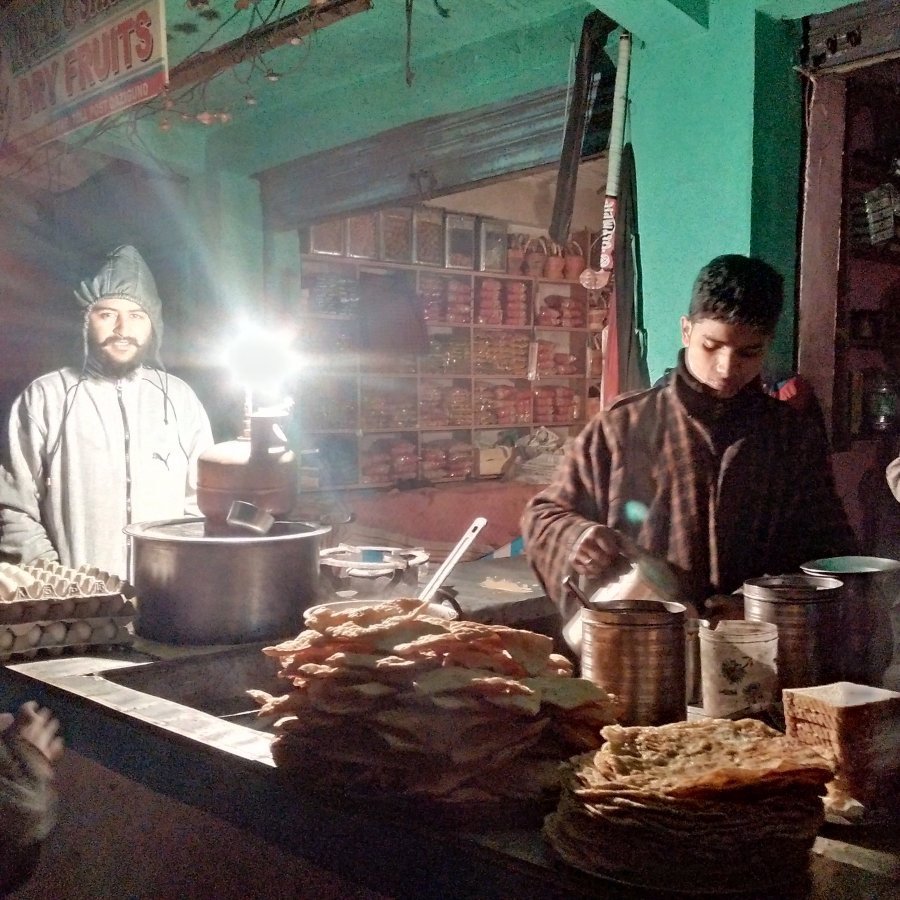 Our bus driver pulled the brakes, and stopped the engine. It was still dark, few men and women were around bonfire to survive the biting cold until they could board the very first bus of the day towards Srinagar. He stepped down to catch some heat from the bonfire. It was an awesome weather there in, with cold breeze making its way into the nerve through openings of my heavy jacket and scarf tied on my face.
The bus refused to go ahead, which turned into a heated argument between the driver and the passengers. We were still 10kms behind the Srinagar city. Since it was a private bus that we boarded from Jammu, we couldn't force them anymore and had to board a mini bus there onward to reach the city. 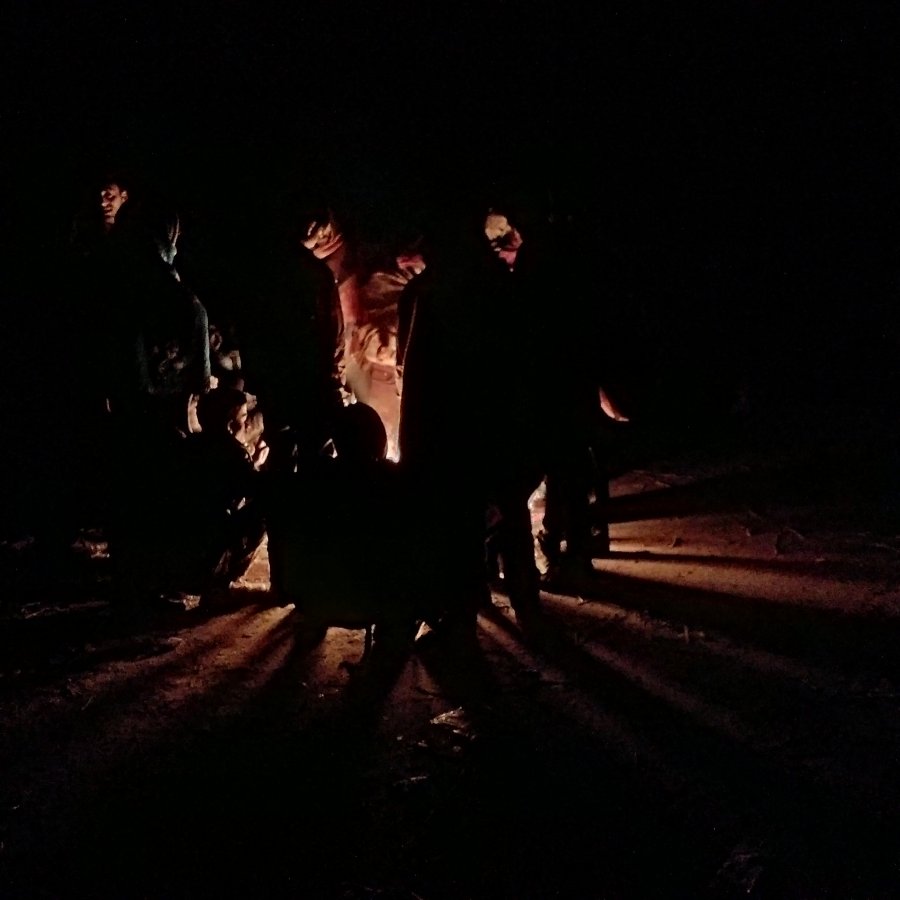 After about a 15mins ride, we reached Lal Chowk. Srinagar was way different from Jammu. It was 700hrs and the chilling breeze at 3kmph was the icing factor over the biting cold. This was the very first expression I had after I deboarded the bus at Srinagar. Countless eagles and hawks had dominated the place (butcher market adjacent to bus station). It was picturesque enough for me to pull out my BB and grab a shot. The dull light aided in a hazy shot, actually called for.. 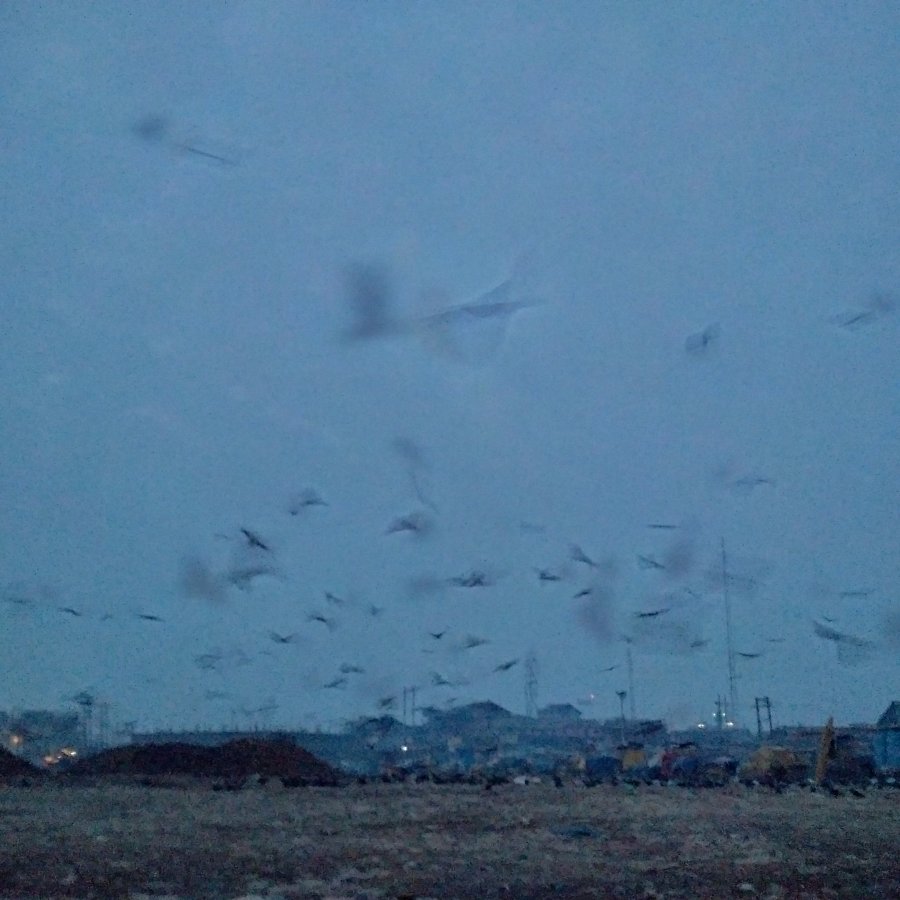 I was in search of an ATM to withdraw some cash, as I was left with just few tens with me. The roads were blank. Few auto rickshaws were trying to catch us. Sometime, I feel my Wildcraft travel bag plays the nasty role attracting these people. Even when my regular travel from Chandigarh to Delhi, I face the same "loot le isko" looks from auto and private car vendors. But due to immense comfort, I can't drop this bag out of mt travels. Anyhow, I found an SBI ATM and to more surprise it was working fine and that brought tears in my eyes when it dispensed cash. But I had a hard time buying a tea because I had thousand rupee notes with me.

Boarded a shared jeep for Dachigham National Park which was teh only place apart from Dal lake I knew in Srinagar. GPS showed 12kms from Lal Chowk, and the driver asked for Rs.30 per head. It was a fair deal for us. The driver was accompanied by his small cute daughter. She looked like a fairy. She smiled when I took her photograph. 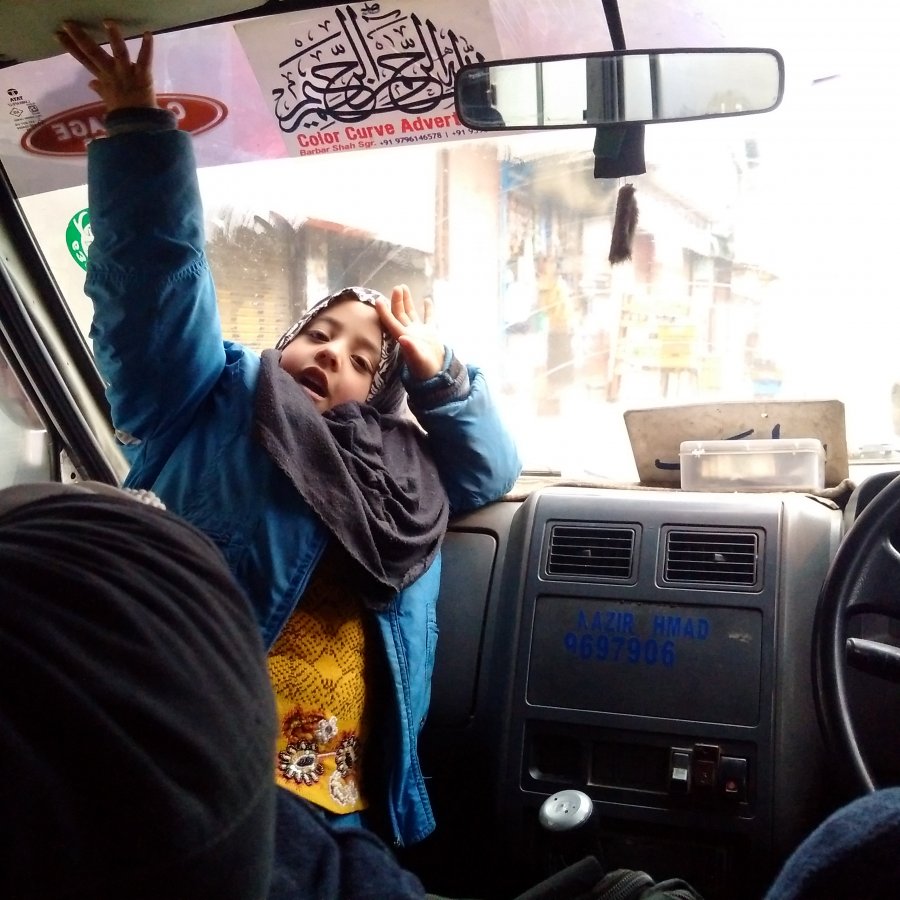 The vehicle got some more passengers and it drove alongside the length of Dal lake to drop us at Dachigham. The cab driver asked me as why not go for the lake view and the gardens, but for the National park, and that too this time. I had nothing else to say than just smile for him and counter with "yahan se kitna aur hai?" He replied me "Bas pahuch hi gaye".


We were at the National Park. 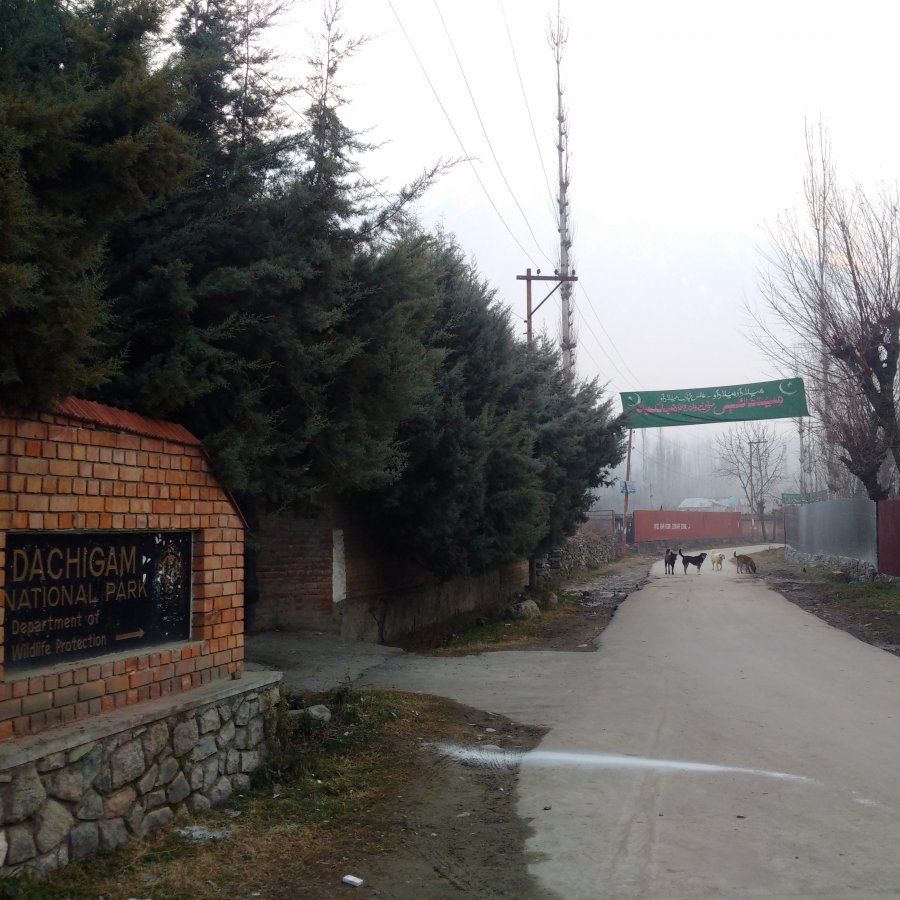 This is the Forest office just few steps from the mail entrance. There was no one at the gate, and no tourists to our surprise. We were still unaware of the conditions there in. We entered into the premises and knocked at the Forest ticket counter, only to find the empty room. Then we went to this office and knocked. We met a person and exchanged our salem. 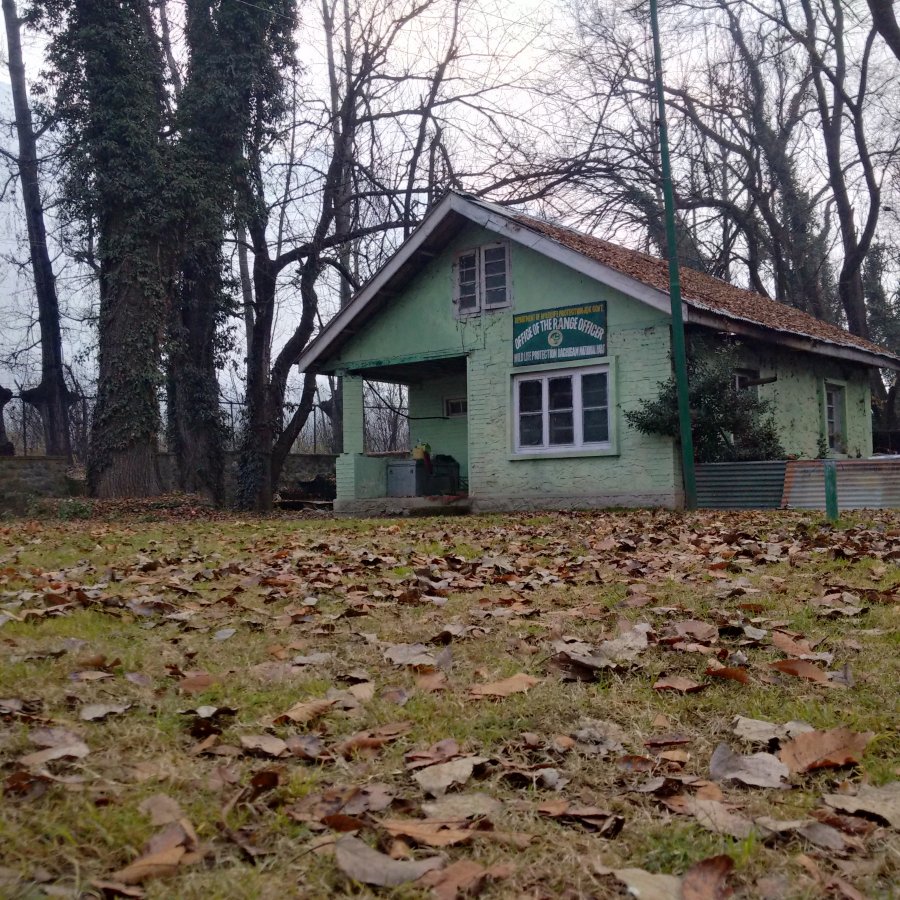 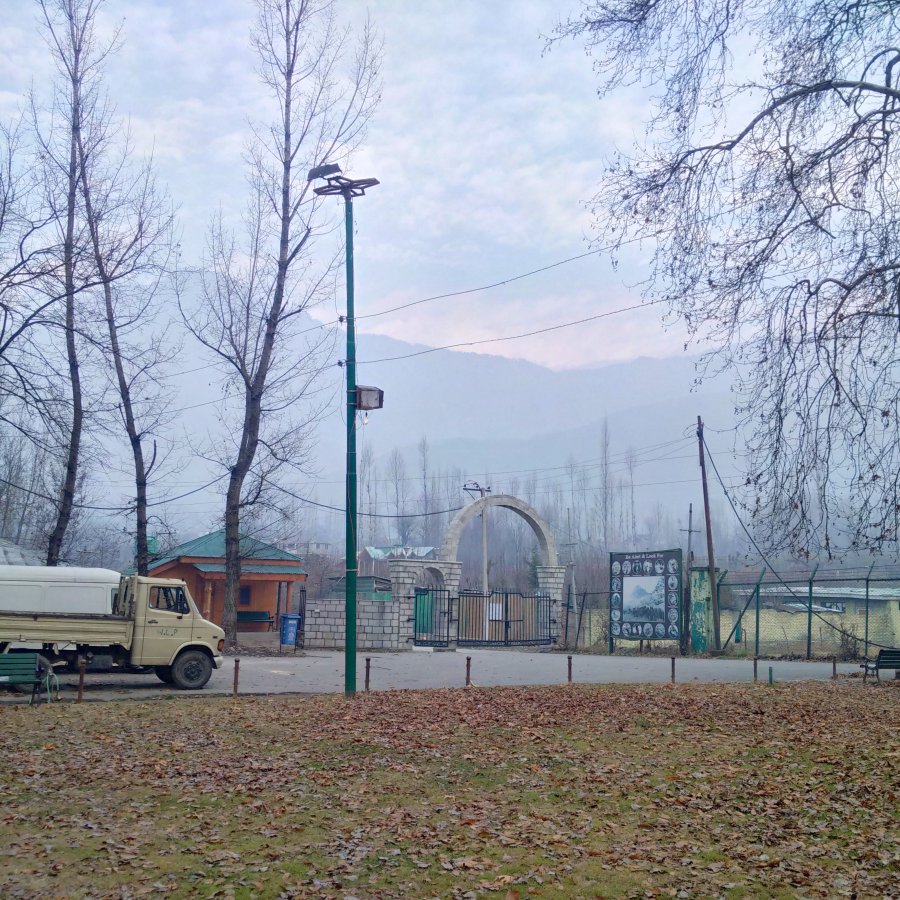 some pics are repeat....but awesome captures.

Hi Rajat, Yes, once I finished posting, all the pics which I uploaded, got published again at the end. Can you help me out how to undo this?

Well, until now, whatever pics I've uploaded are from my Blackberry Passport, hence it won't be a damn good quality pic, and also I love the square shape.. so, please do pardon on that note too. It's just too handy..

ßlåçk Pærl said:
Hi Rajat, Yes, once I finished posting, all the pics which I uploaded, got published again at the end. Can you help me out how to undo this?
Click to expand...

ßlåçk Pærl said:
Well, until now, whatever pics I've uploaded are from my Blackberry Passport, hence it won't be a damn good quality pic, and also I love the square shape.. so, please do pardon on that note too. It's just too handy..
Click to expand...

Try to sort out this matter on Laptop or computer as this can be solved on computer easily.

Check this thread to know about pics uploading: