... We went on from one shop to the other and saw many different cloths. Especially we were looking to purchase a firan, for which my brother was too desperate. We saw many different styles and quality of cloth used in firan. We found that it starts from R.200 till Rs.3000 and above depending upon the style as well as the quality of cloth. Locals were not found wearing the cloth of supreme quality. Actyally, what they use to wear was the good quality of cloth, but with no finishing, hence cost lower than the one finished pretty well. I found a firan for Rs.600 which wasn't finished so well, but the cloth which matters, was too good. Since it wasn't finished properly, it was bit rough outside. I tried bargaining it for R.400. Even after a long discussion, he tried to offer me for the price, but then didn't made the deal as he said, it was exact the price for which he purchased, and was making no profit, and can only let us purchase it for Rs.450. We moved on, and asked the price for same material elsewhere, but only to find that it was worth Rs.450.

Anyhow, we didn't purchased it, as that was the only thing, for which I would visit the place again. We then went into the bus stand, which was just behind that market, and enquired for a bus to Jammu. To my surprise, I found there was only one bus (that too a private one) which would start at night. However, there were cars and taxis as well which asked me for Rs.900 per person. We flee away from there instantly. Asked some people and then got to know that we need to head towards tourist center if we wish to board a govt. bus. The one who proposed us, was in intention to get us in his taxi, and eventually asked us to board it for JUST Rs.100. Thanks, that until then, I knew basic transportation inside the city, hence told him that the frequent local bus plying from Lal chowk towards Tourist center would cost us Rs.10 per head. He smiled, and went away.

We crossed the road and boarded a mini bus. Soon we boarded, it started and I had to get a ticket of Rs.12 for tourist center. We de-boarded at tourist center only to know that there were only 2 govt. buses, both of which departs early morning. Again we had no clue what to do except teh taxi owners surrounding us there as well. Some asked for Rs.1000 and some for Rs.700. We then asked at the tourist center again (after fooling around here and there for half an hour) as what would be an alternative to catch a bus around. They asked me to travel to Pantha chowk, where we could get private bus at reasonable price. As per direction we again boarded a bus which charged us Rs.10 per head and dropped at pantha chowk. 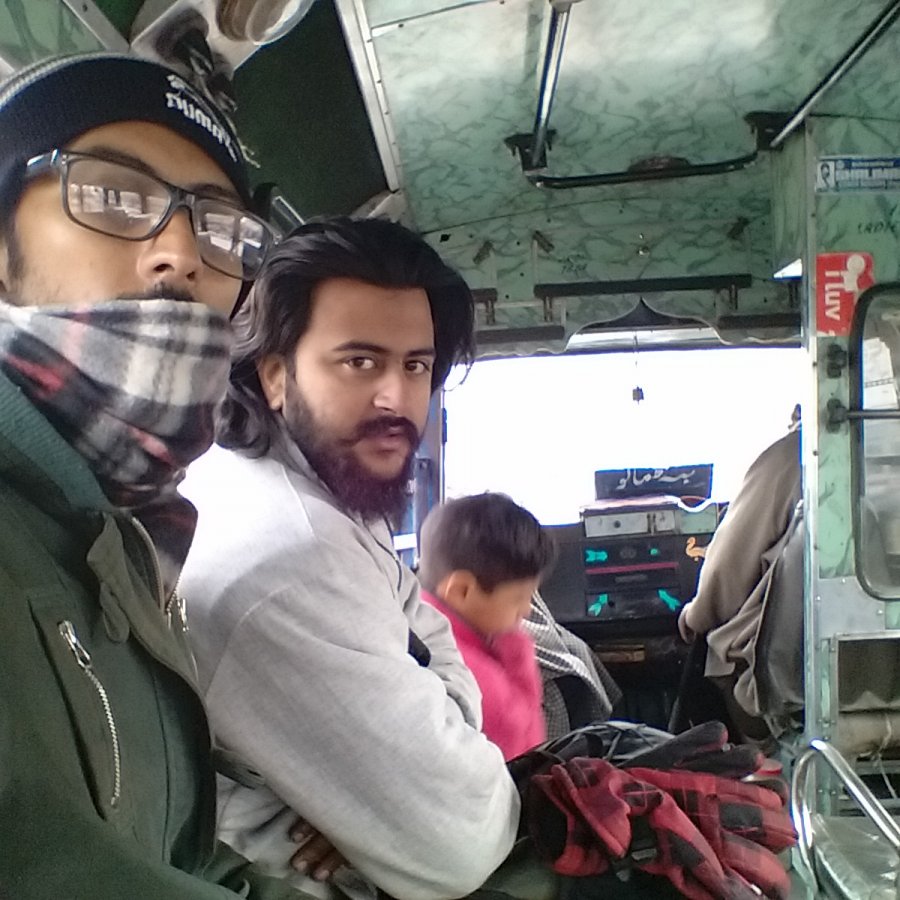 This was the same place where we de-boarded the private bus we took from Jammu to Srinagar. We rushed in, and found a single bus there in. It was a sleeper bus, who asked us Rs.500 for seats and Rs.800 for sleeper. After a fair discussion, we got no rebate and that bus was the only option for us which was scheduled to start at night (1900 hrs). While I was fairly good for seats (did have push back), my brother was insisting for the sleeper. Again, after a long discussion, he agreed to carry the charges from Jammu onward (lol) to which I had no other option to say yes. Finally my brother verified teh sleeper condition to find a decent one and got a ticket for it. 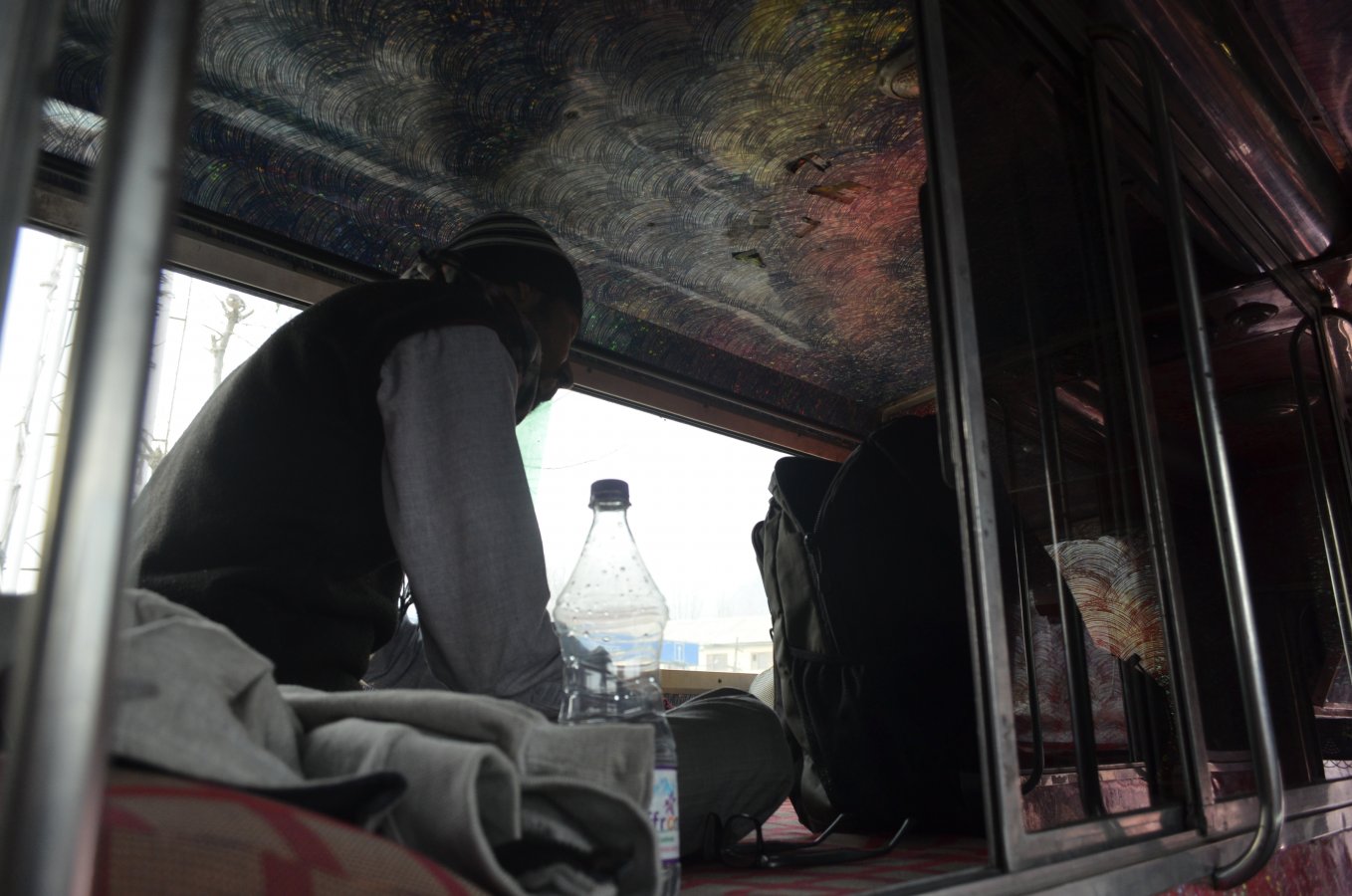 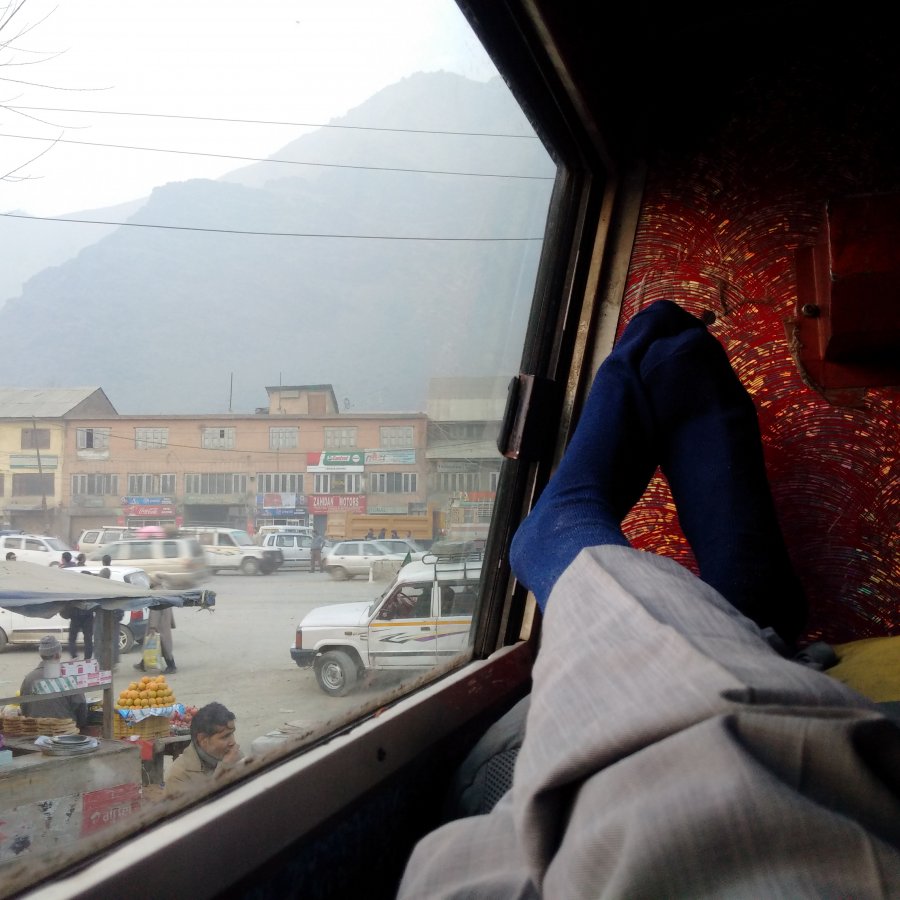 It was 1600 hrs and we had nothing to do till next 3 hours. After all this, when we settled down in our sleeper cabin, we recalled that we skipped the lunch.. We thought of getting something from nearby, but was so tired by then. I took my camera, and started viewing the photographs to recall the day. Let see some more photographs... 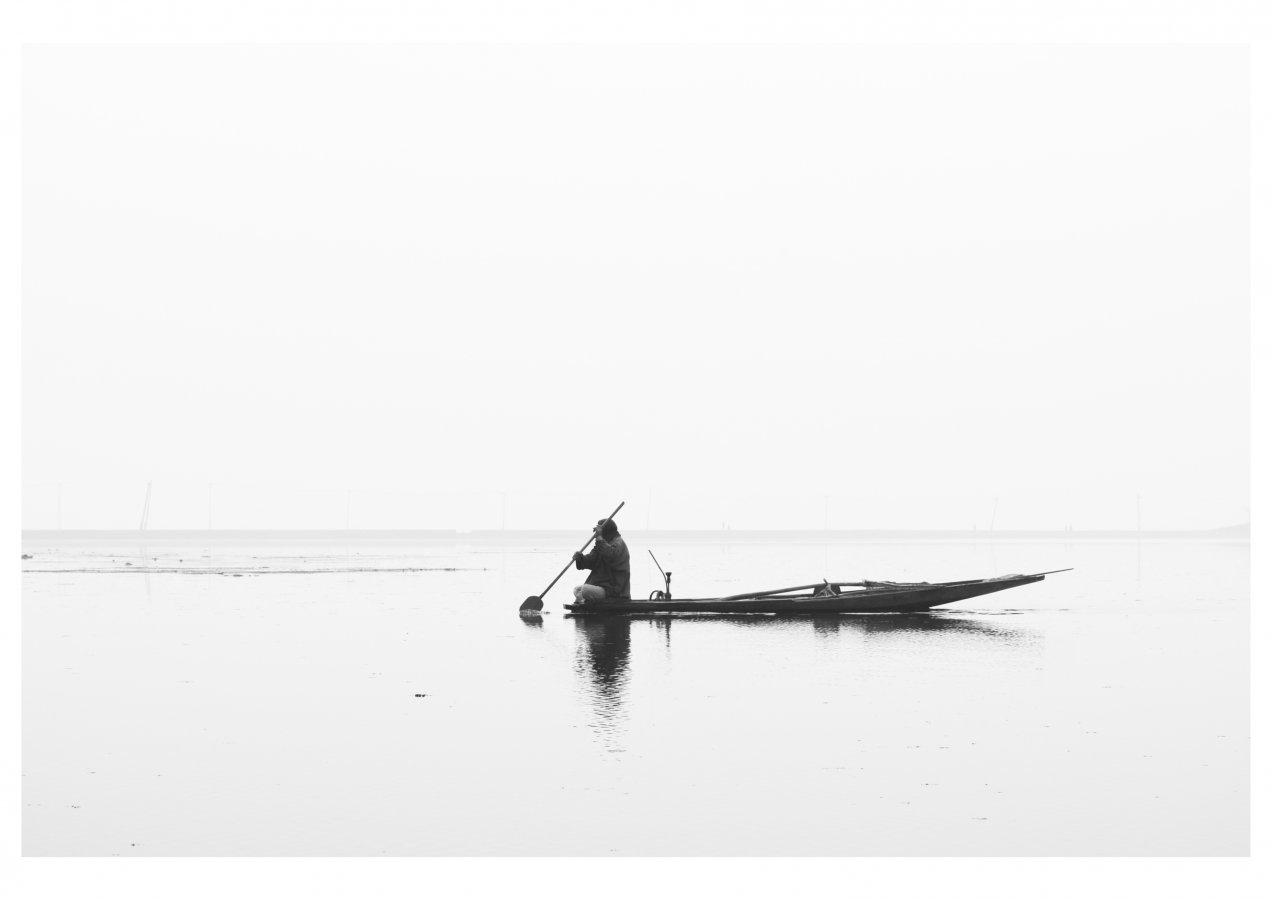 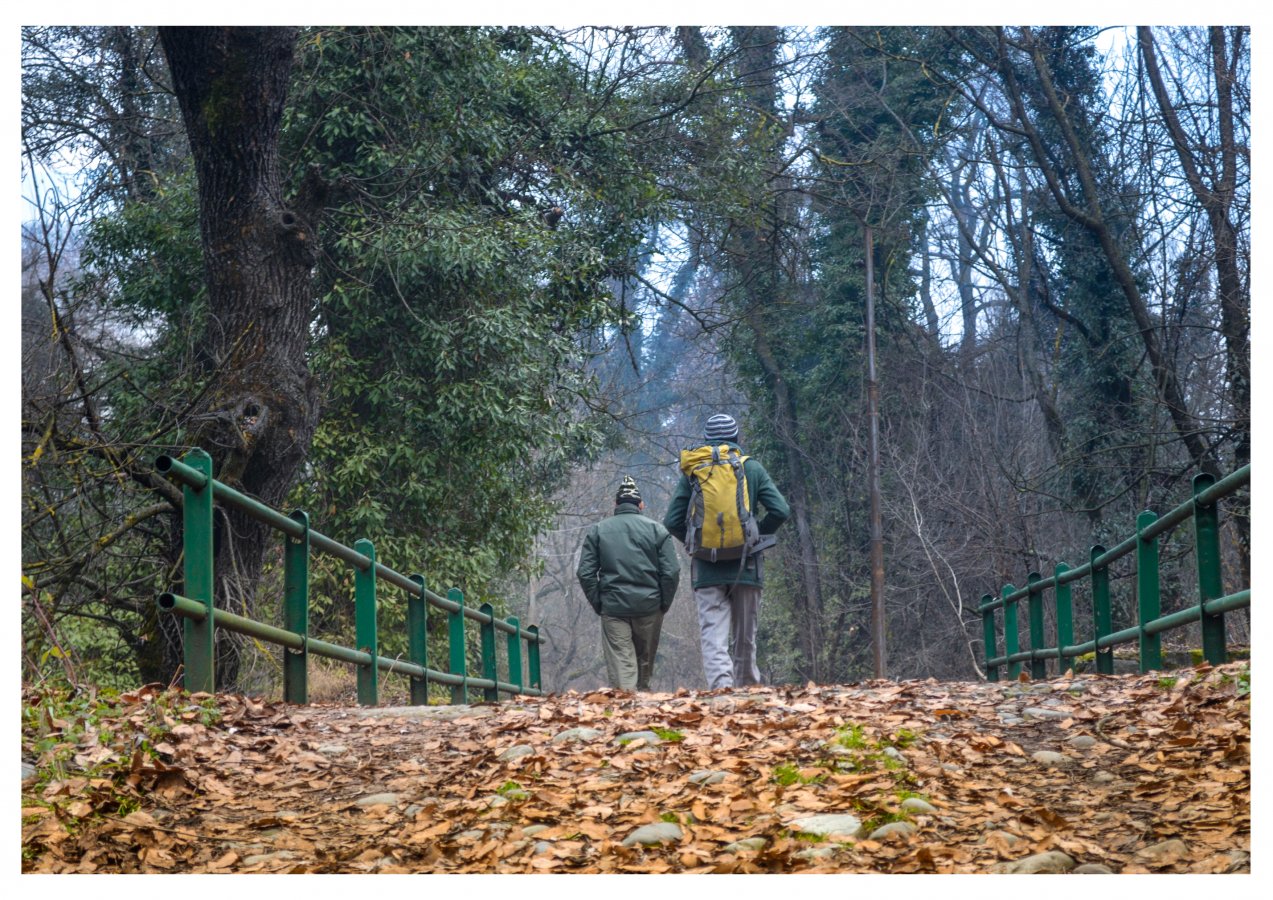 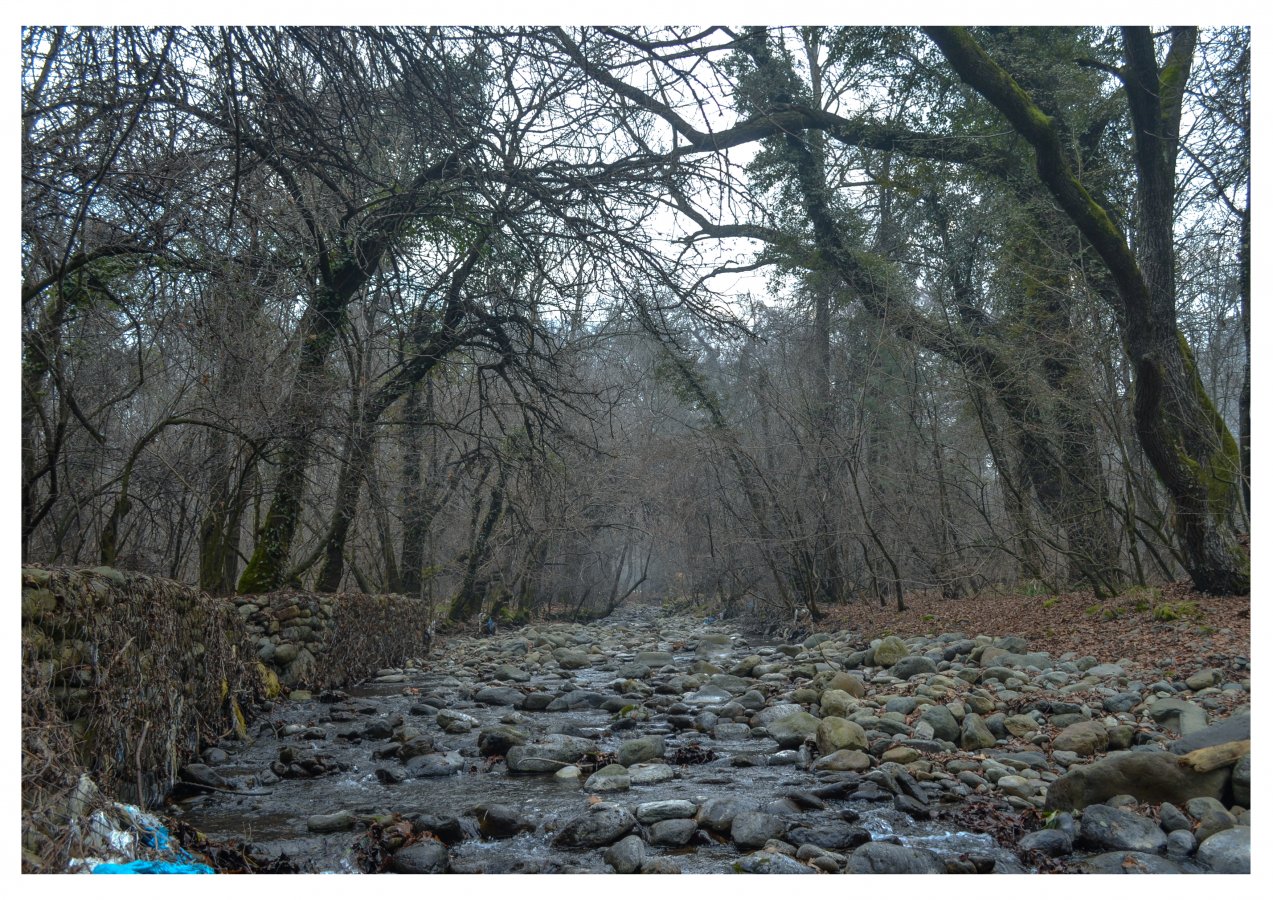 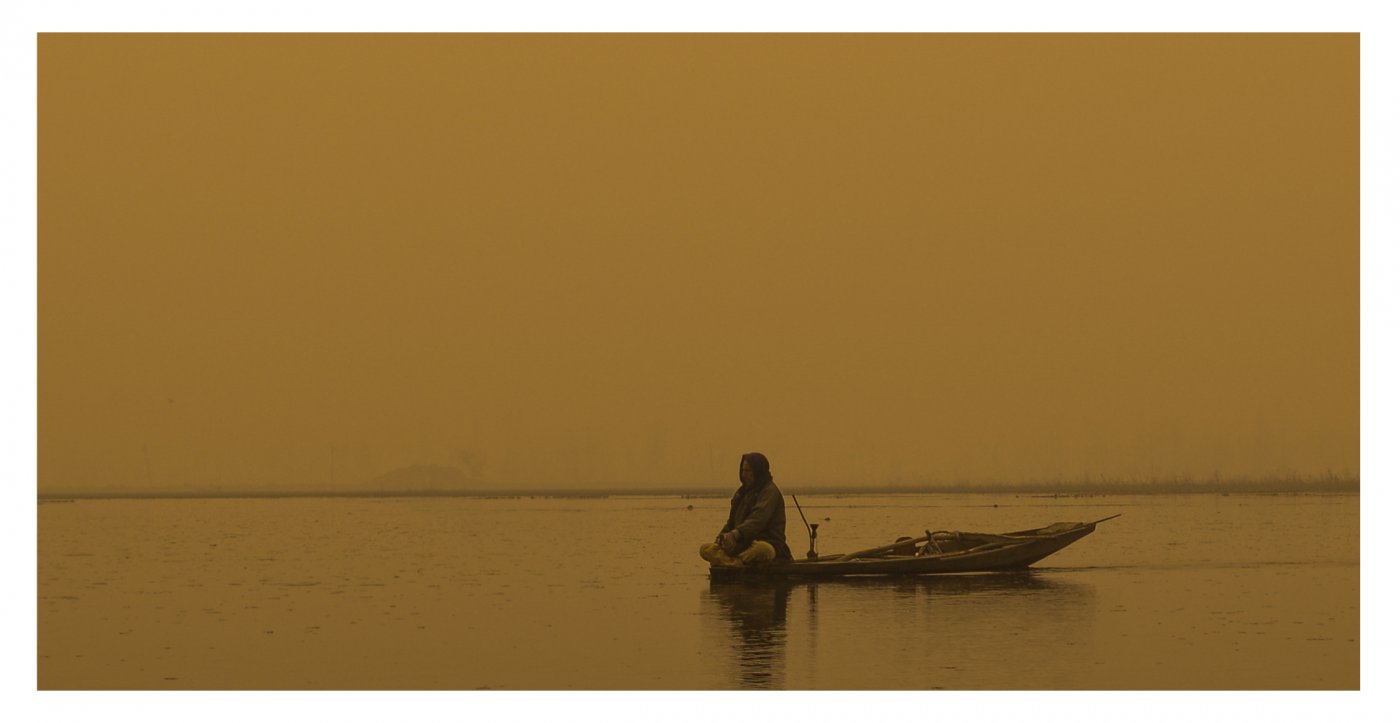 By this time, we had enough of food poured in to call it a dinner. Finally, after a long wait, when the bus vibrated due to ignition, a sigh of relief ran down our spine. The bus was in motion, and we had left opened, the side window of our cabin to feel the cold breeze, when the bus was motionless. Soon we were in need to close a bit more, leaving a little portion opened. It was already dark, but the valley was worth watching at night with glittering star like lights.

I never knew when me and my brother were asleep. In no time, I woke up, only to find that the bus was halted. It was not much time that we started, so why should the driver made a halt so soon was the first question ran into my mind. Then I anticipated that there might not be any more food joints ahead, hence the bus stopped so soon, and with no intentions to ask around, I kept calm, and waited for the bus to make its way again. By the time, my brother also made a stop to his dreadful snoring, and woke up. Before he could ask me anything, I narrated him my anticipation with full confidence. He took out his iPhone and found a good speed data, to access his emails and Facebook of course. 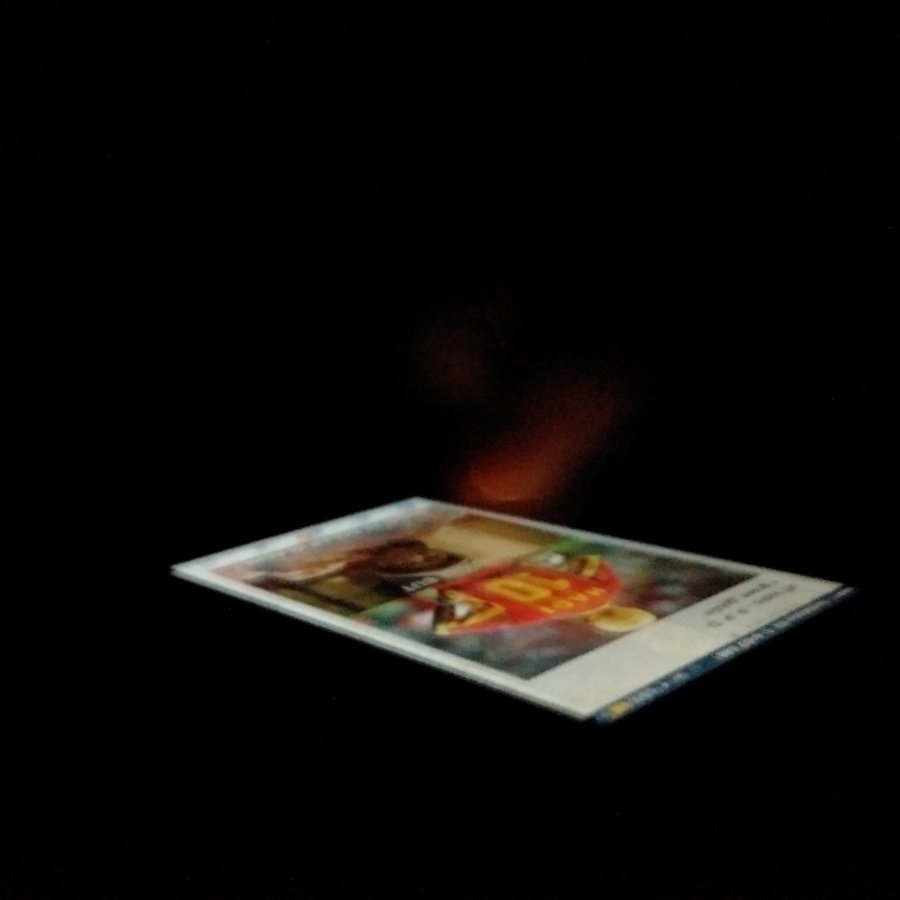 It wasn't too late, for us to discover that there were plenty of more trucks, buses and private cars around our bus. We felt something fishy, and my brother got out of the cabin only to find that people were discussing about a blockage. I was keen for him to return back and pour me in with some info. After waiting for some more time, I too got curious and went down and learnt that all vehicles were stopped by the BRO as they would only be permitted to ply the next morning. Holy crab..

Now this was something very painful to us. We were stuck in a lonely concrete road, with one small tea stall beside, and leafless trees on both side. No stars, no moon (might be due to cloud) made the night darker than expected. Not that cold, but the wind was making the noise, and we were in search of a bonfire, which was unfortunately no where. We both climbed again into the bus and shut ourselves into the cabin, only to realize that booking a cabin for some extra bucks was really worth. We had no choice, but to wait for the dawn. 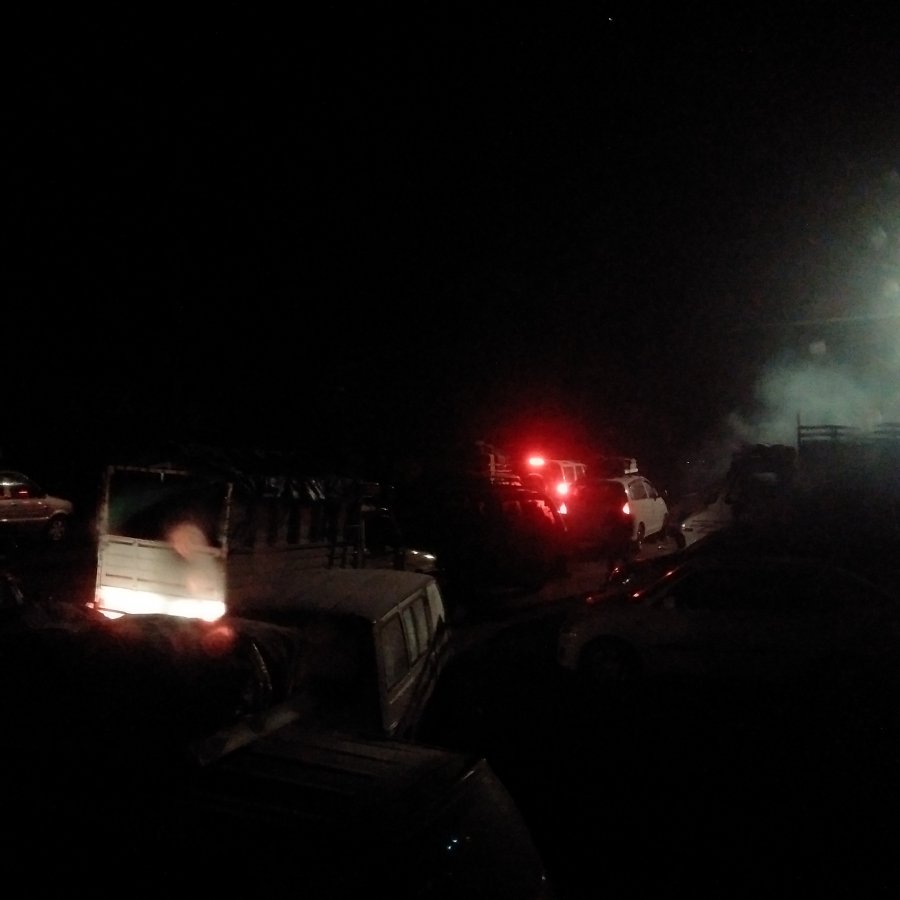 Something out there made we wake up. Oh.. it was my brother's loud sudden snore.. anyhow, I took my hand out of the over coat, which we both were using as a quilt (neck to waist), and there was another for other half.

Anyways, I tried to see the time in my wrist watch, but couldn't because of no lights, so finally had to call in for my cell. It was 3:00 AM. I was feeling hungry. I woke up my brother and he too shared the same feeling. We thought to climb down and venture around if could see something..

We both climbed down the bus. By pulling the door of the bus, we broke the immortal silence. Driver did opened his eyes a bit, but couldn't sustain for long.

Looks like a lot of excitement on the trip.
hats off to u guys doing the Bus option
it has its own adventure