Jio is now at Kaza.
Lahaul & Spiti both are different places but for media and common man in other states.
Spiti had telecommunication connection with world via BSNL Towers but there was no Private operator.
Even Banks had less opportunities to work there as Banking & ATMs etc need good telecom connectivity.
Ladakh has similar problems.
Now Leh has Jio too with Airtel working there. But major area is still not having any telecom connectivity.

I hope the situation will become more comfortable with established towers at such remote places for those people living without connectivity.

Go to Lahaul-Spiti for ‘internet ka vanvaas’. Digital India & telecom companies skipped it
The goal of Digital India cannot be achieved without ending the digital deprivation of its most marginalised communities.

Lahaul-Spiti in Himachal Pradesh is a place for ‘internet ka vanvaas’. The district’s 30,000-plus residents who live at an altitude of over 10,000 feet are cut off from the world for six to eight months of the year, thanks to the long winters. The physical isolation is likely to be addressed soon with the completion of the Rohtang tunnel, which will offer all-year motorable access to the valley. The region’s digital isolation, however, is another matter.
According to the last Census, less than 1 per cent of the district’s households had a computer or laptop with an internet connection. Mobile ownership was significantly higher, at 46 per cent, but connectivity remains a major challenge.

The area is served mainly by BSNL’s patchy 2G network, with 3G services also being offered in a handful of villages. The entire BSNL network was, however, down for the better part of the last six months after optical fibre cables were damaged during heavy snowfall. This is a fairly regular occurrence during Lahaul’s winters, which also sees mobile towers remaining out of service due to inadequate maintenance and power backup facilities.
Residents have highlighted these concerns to the local administration as well as the department of telecommunications. The lack of proper phone, internet and even postal connectivity in Himachal’s tribal regions is also the subject of a public interest litigation filed before the Himachal Pradesh High Court. However, these initiatives have not yet yielded any tangible results.

For most of us situated on the luminous side of the digital divide, the hardships of living in a near-permanent state of telecom and internet shutdown are fairly apparent. Lack of connectivity blocks vital communication links, it hinders the flow of information and creates barriers to accessing basic amenities under digitised government programmes. The internet is also a known enabler of socio-economic development. From online learning opportunities to advertising homestay options; from selling hand-knit woollen socks to export of the region’s sea buckthorn produce, internet awareness and access can be a gamechanger for the local economy.
The digital deprivation being faced by Lahaul-Spiti’s residents is real and significant. Also significant is the loss that their absence brings to the internet as a whole. Value of the world’s largest network goes up with the addition of every new member. The periodic absence of an entire community from this network is, therefore, a missed opportunity, for family and friends settled outside the region, but also for everyone else. Take, for instance, the historian seeking local accounts about the Moravian missionaries who once settled here or the trader interested in procuring Lahaul’s prized seed potatoes. Bringing reliable Internet access to the region will generate positive externalities that go much beyond the community’s direct beneficiaries. 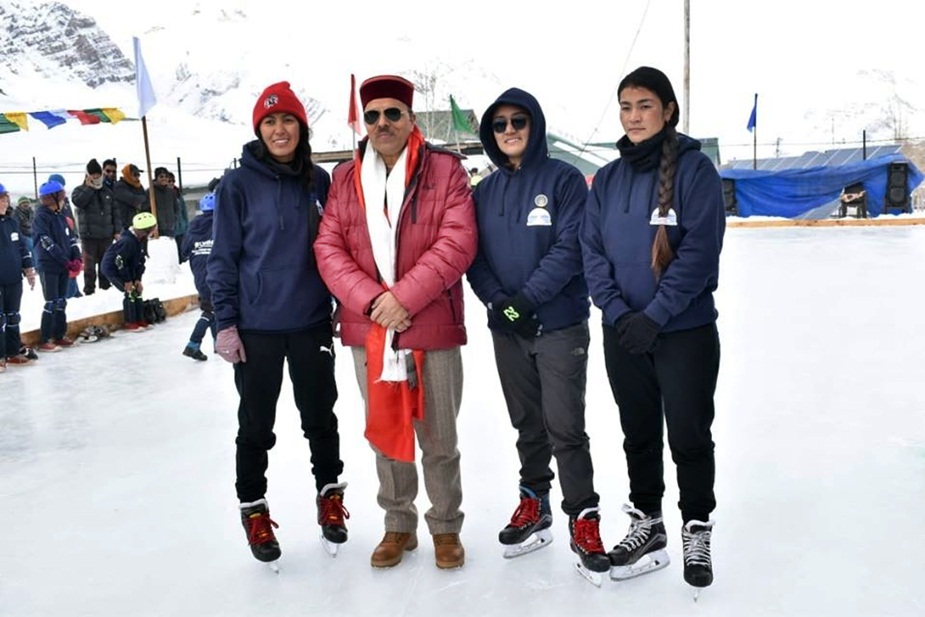 Reliance Jio starts service in Koksar
MANDI: In Lahaul-Spiti, the BSNL was the lone service provider, but during winter, consumers faced a great inconvenience due to network issues.
https://www.bcmtouring.com/forums/javascript%3Aup()
[email protected]

Tribune News Service
Mandi, October 20
Reliance Jio has started its services in Koksar.
In Lahaul-Spiti, the BSNL was the lone service provider, but during winter, consumers faced a great inconvenience due to network issues.
Residents of Lahaul-Spiti are expecting that in the coming days, Reliance Jio will expand its network.
Prem Lal, a resident of Lahaul, said with Reliance Jio, people would be able to get help, especially during harsh winter. Those trapped in the Rohtang Pass due to heavy snow would be able to contact their families now.