err... fuel isn't subsidised in India. In fact its taxed so its price remains high.

Also, of course we need freedom of choice. But technology and time will tell us which choice makes more sense.

Most of our thinking is linear but technology moves in exponential curves.
B

Also, of course we need freedom of choice. But technology and time will tell us which choice makes more sense.

Most of our thinking is linear but technology moves in exponential curves.
Click to expand...

Well, the government will tax it, even more, to make it expensive. It will harass people with some combination of high prices and vehicle bans so that the "only" attractive choice is EV. That is what I meant by taking away freedom of choice. Indian government controls everything. It is a nanny state.

Since Petrol is bought in dollars, it will save India some foreign exchange. Given this objective of saving foreign exchange, India will also have import bans/taxes on foreign EVs which will further limit consumer choice options. We have seen this in eCommerce.
Last edited: Jul 19, 2019
P

I think for EV to become effective, we need the battery technology to mature.

My two cents, we are pretty near that inflection point, but not there yet. May be in next five years, battery costs would come down to $60 / kwh (1/3 of cost now) + further technology improvements in usage. Then we need to use these batteries as network stabilizers in power transmission networks, ala, south australia. Once that happens, we should have greater that 30% power generation from wind/solar, store the same in batteries and let the power system evolve, this will sort out the problem of EV's running on conventional power. The other assumption that powerful batteries will be huge, may be incorrect. We can have multiple batteries connected in series and smart charging across all, which allows better performance of charging and lower idling losses.

We would eventually have combination of normal and fast charging stations as well as battery swapping businesses, which will solve this issue. Slow charging at parkings and fast charging on highways, pumps. Tesla fast charges 80% battery (almost 200 mile range) in an hour. So highways this may work, plus, there will be further improvements, as we move forward, the cost obviously needs to be looked at . eventually travellers would choose to stop for an hour ofr each 300 kms (5-6 hours on indian roads), not something we dont do anyways.

Yes there are challenges but they can be overcome in time. We are just 3-5 years too early in the implementation stage. but we have to start somewhere. Also, given that demand will not be very high initially, and fixed costs will be huge, till volumes ramp up, industry needs some support for the initial years. So a co-model with fossil fuels and discounted EV's for the first 10 years, and then the government should let both technologies compete. eventually, people will pick whichever is more convenient for them. I dont think eventually, liquid fuel cars will be redundant, but yes, eventually, EV's will be a common sight on roads

Big Daddy said:
You could have batteries that could be taken out and newly charged ones can be inserted in provided that batteries are small enough.
Click to expand...

Theloststory said:
Also, of course we need freedom of choice. But technology and time will tell us which choice makes more sense.

Most of our thinking is linear but technology moves in exponential curves.
Click to expand...

Technology in battery is still not going up for vehicles.
For mobiles it has better offers.
But at big size, it is still not much efficient.
They tried to copy SUN,
It is still not possible in a small chamber for a vehicle to tame / tap / generate that energy.

Current Technology is not that good.
You have to make it work with good support only.
Space technology can make it possible,
As I have hope from that sector only.
Last edited: Jul 19, 2019
B

Fast charging at 45 minutes is still long given the frequency at which you charge the battery. Who has 2-3 hours per week to charge batteries? Furthermore, imagine if people start filling petrol in their cars for 45 minutes. The queues at these places will be long. So now imagine 2-3 hours charging times and 2-3 hours queue waiting time per week. We are talking fast charging. It is scary but boorey din aaney waley hein. India government has banned traditional vehicle sales by 2030. All new vehicles sold in 2030 will be EVs.

The first all-new Lotus in years will be a 1,971hp electric car
B

The first all-new Lotus in years will be a 1,971hp electric car
Click to expand...

The Ministry of Petroleum and Natural Gas said that it had no plans of completely banning diesel and petrol vehicles in the country because rising fuel demand had to be met by a combination of fossil fuels, Bio-fuels, and electric vehicles.

The Indian government plans to boost electric mobility over the coming years and are working towards it. The NITI Aayog recently suggested that banning petrol and diesel two-wheelers, three-wheelers, and passenger cars by 2030 would save the country a lot of expenses on oil imports.

India relies on imports to meet 80 percent of its oil demand, however, Oil Minister Dharmendra Pradhan says that conventional cars won't be banned any time soon.

Minister Pradhan said that while electric vehicles were a priority, the incremental requirement of fuel would have to be met via a combination of BS-VI grade petrol and diesel, (CNG) Compressed Natural Gas, and Bio-fuels.

Oil Minister Dharmendra Pradhan also stated that even if India doesn't plan a total ban on diesel and petrol vehicles, the government will continue to push for higher electric vehicle use, with the ultimate aim of reducing the country's huge petrol and diesel import bill.

The Oil Minister also said that there was no official government document that mentions banning petrol and diesel vehicles from a particular date simply because the country cannot afford it.

The government's think tank, the NITI Aayog estimates that India spent USD 112 billion on importing oil during the financial year 2018-19.

The panel recommended earlier this year that India ban the sale of petroleum based two-wheelers and three-wheelers by 2025. The panel also recommended a ban on non-electric car sales beginning in 2030 and called for cab aggregators like Uber and Ola to use only electric vehicles from 2030.

Analysts and auto manufacturers think that the proposal to ban non-electric cars from 2030 is unrealistic because fuel demand will continue to rise with increasing population and higher spending power. But there seems to be some relief after the Oil Minister admitted that the country cannot afford to ban all petrol and diesel sales from 2030.

It will take much longer for the government of India to set up alternate fuel infrastructure, and worse, at least twice that time for Indians to adopt new fuels. Add to that resistance from vehicle manufacturers, fuel station owners, and the masses at large. India is not as mentally advanced at most European countries and therein, is our problem. 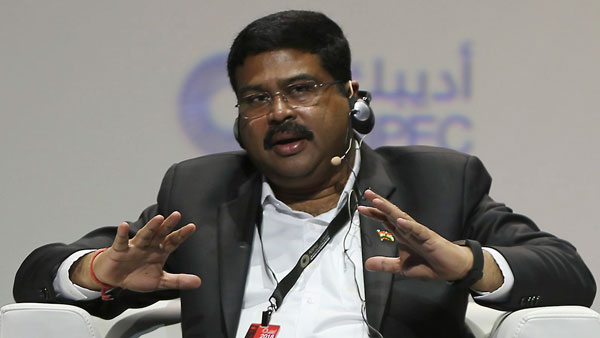