So the idea of electric powered taxis wasn’t great. But then again, who in their right mind thought a taxi with a 100 km range (on paper) and 90 minute charging time is a good idea in the first place? Unless there is a 300-400 km range vehicle, it can never be a viable means of transport for anyone except office commuters with a limited run and no need for a vehicle for the weekend. Ola's sputtering India electric vehicle trial a red flag for Modi plan
B

The additional problem with electric vehicles is that they will lose charge when they are idle. Just like the phone. So you not only have to charge but use it immediately. Wait two-three days and charge may not be 100%.

Big Daddy said:
The additional problem with electric vehicles is that they will lose charge when they are idle.
Click to expand...

Big Daddy said:
The additional problem with electric vehicles is that they will lose charge when they are idle. Just like the phone. So you not only have to charge but use it immediately. Wait two-three days and charge may not be 100%.

2km/hour? That is the first time I am hearing of something like this.

Would this not depend on the type of batteries in use? Some types, like the Sanyo Eneloop, nickel metal hydride batteries, can retain charge for weeks on end with minimal loss.

anupmathur said:
Would this not depend on the type of batteries in use? Some types, like the Sanyo Eneloop, nickel metal hydride batteries, can retain charge for weeks on end with minimal loss.
Click to expand...

I really have no idea. But even lithium ion batteries do not lose charge at anything close to disturbing levels.
B

Yogesh Sarkar said:
2km/hour? That is the first time I am hearing of something like this.
Click to expand...

On average, yes. However, the exact number depends of many factors such as temperature, age of battery, type, any devices and options that a car has. This topic is debated in tesla forums.

Can't leave car at airport... battery dies
How Much Battery Charge Does Your Model S Lose Per Day? | Tesla 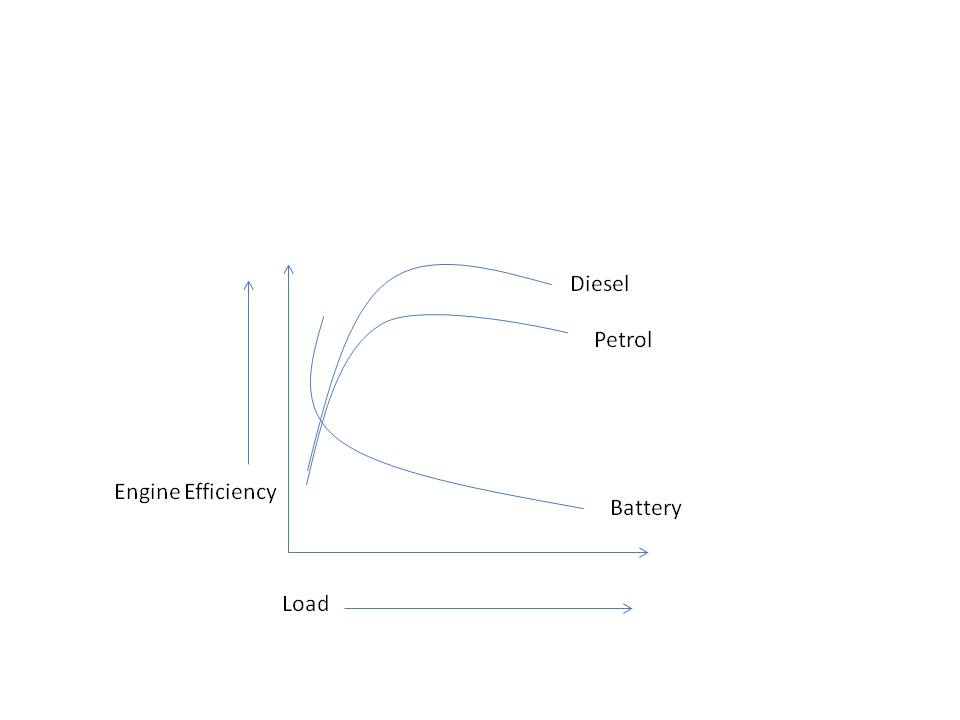 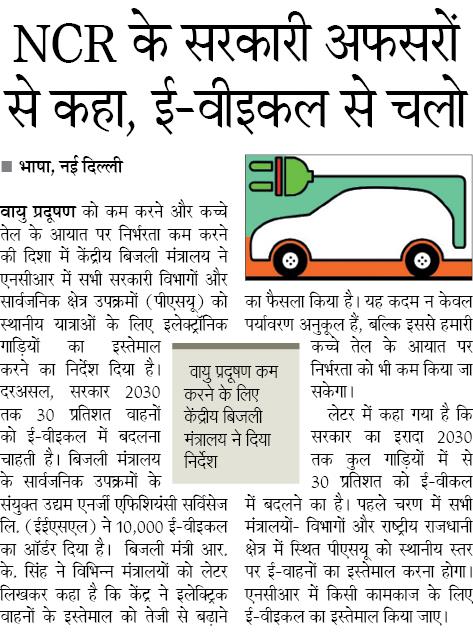 Seems like government's move to induct electric vehicles as official vehicles for government servants has hit a snag with most officers refusing to go electric, due to limited range of the vehicles.

State-run Energy Efficiency Services Ltd's (EESL) procurement of electric cars from Mahindra Electric and Tata Motors was seen as a big push towards electric mobility in India. The cars sourced were to be used by government officials in place of conventional vehicles. However, the move seems to have not gone down well with senior government officials, who have refused to use electric cars for daily use. According to a report in Live Mint, a government source who didn't wish to be named said that the senior officials have cited poor performance and low range of the electric vehicles, as one of the reasons to refuse using the electric cars. This does emerge as a blow to the government's ambitions of turning India into an electric vehicle country by 2030.

The first phase of the EESL tender saw Tata Motors and Mahindra supply 350 units and 150 units respectively to EESL. Phase 2 of the tender includes the delivery of another 9500 units of electric vehicles to EESL with Mahindra providing 40 per cent of the total order. 'The electric vehicles including the Tata Tigor EV and Mahindra e-Verito failed to run even 80-82 km on a single charge within city limits amd the battery capacity was not up to the mark when compared to the global standard', as per the source. At present, both the EVs in application use a 17 kW battery, as opposed to the global standard 27-35 kW. This, in turn, limits the range on both vehicles, which is lower than what the manufacturers claimed.

EESL says that over 150 electric cars are currently plying on the roads of Delhi and Andhra Pradesh. A spokesperson for EESL said, "Since it is a new technology, we wanted to gain confidence on our products before delivering it to our clients. We will be deploying about 200-250 electric vehicles by mid-July. The conditions of the second tender are being re-evaluated and will be released soon. EESL will continue to enable more energy and fuel savings by creating a robust market for e-mobility in India."

While concerns over the electric vehicle range are genuine given the impracticality of it, there have also been concerns amidst government officials who miss out on the car fuel allowance as a result. The report quotes a senior executive stating that government officials cannot claim fuel expenses on electric vehicles, which is a huge sum, and is one of the reasons, they are not accepting the EVs.

Responding to the matter, a Tata Motors spokesperson was quoted saying, "As part of our tender with Energy Efficiency Services, we have already completed the production of 250 cars and initiated the execution of phase II orders. We are committed to the government's e-mobility mission by 2030, and continue to work in a collaborative manner to facilitate faster adoption of electric vehicles and to build a sustainable future for India."

Following the first tender for 10,000 electric vehicles announced last year, the second tender for an additional 10,000 EVs was announced in March this year, but has been postponed to 2019 due to lack of charging infrastructure. The total investment for the 20,000 EVs was said to be ₹ 2400 crore according to EESL Managing Director, Saurabh Kumar. The state-run firm is also said to be in talks with state officials of Telangana, Madhya Pradesh and Rajasthan among others for supplying electric vehicles. The firm is already committed to supplying 8000 EVs to Gujarat and 1000 electric cars to Maharashtra.

However, with government officials refusing to use EVs, there could be further delays in the procurement of the same. One of the sources also mentioned that the lack of quality products in the segment has also led to the postponement of the third tender. Factoring in the drawbacks, the report further suggests that Mahindra is working on improving the range on the e-Verito.