Swappable batteries will be half the size of a regular battery, require less lithium and last longer: Chetan Maini, SUN Mobility
Chetan Maini, the man who built India’s first electric car and a pioneering figure in the global EV space, addresses the many queries that surround India’s soon-to-be-implemented battery swapping policy.
PARTH CHARAN

Is it safe to assume that this policy will only benefit electric-two-wheelers and three-wheelers?

I think the low-hanging fruit is two and three-wheelers. So you address those first. The other low-hanging fruit is small four-wheelers for load-carrying, especially in the e-commerce space. And then there are buses. They have fixed routes and so swappable batteries reduce the costs of infrastructure. That’s where we should start.

And, then, come to cars. Cars I would see as more relevant in the taxi segment. Because it’s about how many kilometres you run. If you’re doing about 30-40 kms a day with a privately owned EV, you can charge it at home or at work. But if you’re a taxi service running 12 hours a day, running over 200+ km, you can’t wait for hours to recharge. Swapping would take up as much time as refuelling does. Once a network is established for shared mobility, then the personal mobility players will come.

Reliance New Energy Solar Limited - a subsidiary of India’s biggest private enterprise - purchased a company called Faradion Limited for about 100 million British pounds. Faradion is a technology pioneer in the sodium ion battery space. These batteries have had a higher profile recently due to sustainability concerns around lithium ion batteries. I've previously done a video about sodium ion batteries. In this follow-up video, let's take a look at this purchase and what it says about this tantalizing technology. Links: - The Asianometry Newsletter: https://asianometry.substack.com - Patreon: https://www.patreon.com/Asianometry - The Podcast: https://anchor.fm/asianometry - Twitter: https://twitter.com/asianometry

The Tesla Domain
26.7K subscribers
Covering the topics of New Battery Technology, AMTE Battery, Sodium Ion Battery Tech, Faradion Amte, and more! Don´t forget to leave your comments below and to support the channel by liking the video and subscribing. Thanks!

Indian companies are betting big on Sodium-Ion batteries — Rajesh Kosalram, Capgemini
In an interview with Rajesh Kosalram, the Head of Automotive – Capgemini Engineering, Express Mobility discusses automotive technology, alternate fuel options, EVs, and how all this can be brought to the mass market.
Written by Rajkamal Narayanan
Updated: February 10, 2022 11:53:27 am 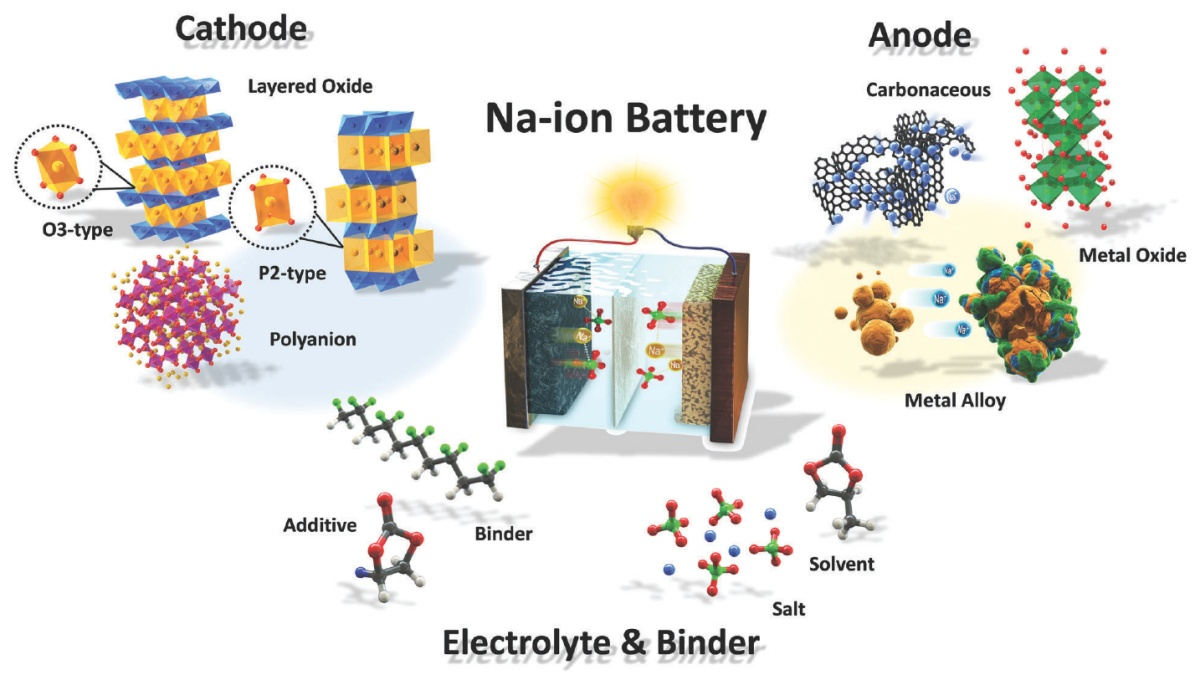 Battery made with different type of materials also can not be made in a standard shape and size for a particular vehicle.
Most Lithium ion batteries are having 1000 lifecycle only.
Means 3-4 years of life.
After 3 -4 years, you will see a different shape and size of battery.
Other main products like motor, electronic control circuit will also change with time.
Change will come within 3- years only.
You may have to update every 3-4 years.

Whole concept of cost effectiveness is nothing but a Maya Jaal.
LOL !

We have all heard different automobile and lithium-ion battery makers claim their vehicle to be green and 'pollution free'. But are they? If yes, then how much? We try and discuss this in our latest podcast.

We all know that batteries are what allow EVs to function, but they need to be charged regularly. This is a significant issue since the process of charging an electric vehicle takes considerably more time than it does to fill an internal combustion engine vehicle.

Now, this is a restriction of the lithium-ion battery, the type of battery that most electric vehicle manufacturers employ today. Another issue with EVs is its driving range. Even with a Tesla, the longest driving range of a dual motor Model S is only 405 miles. These setbacks are the reasons why many EV battery manufacturers employ new and improved tech and chemistry to create a much more efficient battery.

Luckily for EV owners and aspiring ones, a new Chinese battery capable of extreme efficiency is already on the way!

Thanks for watching our video; China JUST SHOCKED The Entire EV Industry By REVEALING This NEW Battery Breakthrough | Tesla Agrees

Now, China has emerged as the leader in electric vehicle development, while Elon Musk's Tesla has been making ripples in the world's car sector. A single Chinese business has made such a significant battery technology advancement that scientists are blown away by the news!

So, what advantages does the game-changing battery provide?

Gotion High-Tech, a Chinese manufacturer of batteries, intends to nearly quadruple the energy density of lithium iron phosphate or LFP batteries by 2030.

This could result in a doubling of the driving range of electric vehicles, shortening of battery charging time, and a substantial shift in the competitive landscape of the battery industry!

Gotion High-Tech is well-known for the low cost of the LFP batteries that it manufactures. These batteries are used in the $4,500 Hongguang Mini EV manufactured by SAIC-GM-Wuling Automobile.

In an interview, Cheng Qian, executive vice president of Gotion High-Tech, stated that the business plans to eventually increase the energy density of LFP batteries to 300 watt-hour per kilogram.

Now, the amount of energy stored in a battery concerning its overall mass is referred to as its energy density. Any battery rated 300 watt-hour per kilogram or more would deliver exceptional driving range.

This is because the energy density of standard LFP batteries is around 160 watt-hour per kilogram.

Silicon, rather than graphite, was used as the material for the negative electrodes in the Gotion
battery. Silicon can potentially increase lithium-ion energy density by about 11 times compared to graphite.

However, the amount of stored energy in silicon diminishes after the initial charging cycle. This
was an issue that Gotion remedied by adding lithium ions to the electrodes.

Metallic lithium, which has a greater energy density than silicon, is utilized in some negative electrodes.

Nonetheless, its use results in the formation of growths that resemble crystals on the negative electrode.

This development, known as a dendrite, lowers the battery's performance and longevity.

Now, the relatively low energy density associated with silicon can be mitigated by including manganese among the components that make up the positive electrodes. The old LFP batteries had a voltage as low as 3.2 volts which is one of the factors contributing to the low energy density of these batteries.

However, adding manganese resulted in a voltage rise of around 15%!

However, because of recent advancements, electric vehicle manufacturers can now include them in long-range versions at an affordable price.

Now, in May, Gotion opened two new battery factories in China. The commissioning of two additional facilities has resulted in an increase of 30 gigawatt hours in the company's total production capacity.


More Details In The Video

Many of the reasons people avoid EVs could start vanishing thanks to this technology.
0:00 New EV Battery Tech
0:33 New Kinds of Lithium-Ion Batteries
2:15 Sodium Ion Batteries
3:40 Solid State Batteries
4:28 Solid State Battery Performance
5:16 Solid Power
5:58 Quantumscape
6:50 Should You Wait To Buy an Electric Car
8:03 The EV That Works For You
You must log in or register to reply here.
Share:
Facebook Twitter Reddit Pinterest WhatsApp Email
Top